Just ’cause I have myself a special day full of dancing, dining, and profuse sweating, I can’t assume that everyone else on this blue marble gives a care, and for that I don’t blame them. However, being that this is my website, I get to write about pretty much whatever the hell I want, and right now, I’d like to talk about my recent wedding function.

If I were to describe it, I would probably take the route that I usually do, which as you know would be one of vagueness.

She handled herself with sophistication and class, while I was a bumbling idiot. Though that being said, I wore a suit for what probably was the fourth or fifth time in my life, and was shocked by how much it felt like that which I would assume to be a straight jacket.

“Keep your knees bent”, I kept reminding myself.

Heaven forbid I would be one of those grooms on America’s Funniest Home Videos who blacks out mid-sentence, only to fold like a book and grind their faces down the slacked legs of the ceremony’s officiant. The walls were closing in, I was finding it hard to breathe, and beads of sweat trickled down my back, which only made me that much more aware of how uncomfortable I was. You see, I loathe weddings. I always have. From the time I was a young child I had no use for them, and over the course of my life, have steered a wide berth around anything even closely resembling one.

That’s not to say that every wedding I’ve ever attended was a miserable experience, but I would be lying if I said that any of them were the first place I would have picked to be.
“So why would you do this to yourself?” you might be asking and the answer to that I suppose, would be because I love that girl. That is how I knew this to be the real thing, because there has hardly been a woman in my life that I would even consider attending a wedding with as an observer, let alone as the participant. I feel like I have grown up a little bit these last few weeks, which of course inspires me to want to get drunk and go running down the street with no pants on more than ever.

…Which actually reminds me. Of the handful or so wedding speeches that were delivered by my friends (including one by my own father), I think a solid two thirds of them involved me being arrested, drunk, or both.

I kept my head just slightly turned from my new mother and father in law the entire time.

Anyhoo, before the wedding kicked off, I linked up with Mr. and Mrs. Pirata Magnifico, GenO, and a long lost friend named Dave Devlin.

This was noteworthy to me, because he and I had been good friends for a long time, and for some reason the bottom just kinda fell out of it.
There was possibly a single misunderstanding and a few lapses in communication, and five years later we still weren’t talking.

Notifying me that he would like to go on the ride with us, I met up with him on the morning in question on a socked in and rainy Golden Gate Bridge.
As we rode together for the first time in years, we had our issues sorted in less than 300 yards.

The resolution made a very important day in my life just that much more so.

From the North side of the bridge the five of us ascended into the clouds and spent the next few hours riding around the gravely fire roads and trails of the Marin Headlands;

Mrs. Pirata Magnifico forgot her helmet, but it was ok, because we all know that nothing bad ever happens to the beautiful people;

We all stopped from the rad getting just long enough to stand in the rain and get a photo taken;

And then we continued;

It was a great way to kick off an amazing day, but at this stage in the game you are probably falling asleep in your soup, so we will move on to more pressing matters.
Back when I was in Vegas for what at that stage in the game was the last Interbike to be held there (if you haven’t heard, a switcheroo took place and it’s actually going back there again next year) I met a young woman outside of the Ceasar’s Palace. I was quietly enjoying a cocktail with friends and she was running around in circles, going totally bananas and expending more energy in that single moment than I had to burn over the entire weekend. Anyway, she eventually approached me and introduced herself. It seems as though she is the brains and brawn behind a Chicago-based project called Thought You Knew.

You see, she’s in the process of making a calendar featuring some sassy local women folk who are not only not hard on the eyes, but also happen to be integral members of the Chicago area bike scene.

As Ms. Alexis expressed to me, “basically TyK is a bunch of chicks sick of being judged by the boys. We got all uppity and did a calendar, then decided to have it actually benefit something, so 100% of sales go to The Chicago Women’s Health Center.”

So dig it.. If you have a bit of dough to throw down for a calendar chock-full of babes, or better yet, would like to attend the November 19th release party at The Coop in Chi-Town, get on the good foot and sleep well knowing you are supporting an amazing cause.

In hind sight, this is the third pin up calendar I’ve plugged over the years and the third calendar release party I am forced to miss do to my geographic proximity.
Despite the fact that I’m a married man now, the thought of that still makes my heart hurt a bit.

Jeff from The Bike Jerks gave me a shout toward the end of last week with a request to throw up a flyer for a throw down occurring directly;

Don’t forget.. Moneyapolis is the place.

In closing, I would like to post an email I’ve been sitting on for a spell from Josh of the Geekhouse Cross Team;

“Hey Stevil,
Greetings from MA. After our fun filled evening at Night Weasels we here at Geekhouse Racing want to say thanks and hope to see more of the AHTBM out this way.

I have attached a team pic from the Gloucester Grand Prix as well as one of our very own “Big Air” Bob Morgan rocking some pretty sweet socks;

I know it might seem fairly insignificant to some folks to simply present someone wearing a pair of the socks I made, but look at it like this- Not only did they throw some hard earned cash down, but they decided to wear them with the most garish kit this side of Liberace’s lounge wear, and then follow up by sending me an email documenting the whole thing.

As I stated, it might seem silly to some, but it means a great deal to me and I thank Josh, Bob and the entire Geekhouse team for their efforts.
Also before I forget, and while we’re on the subject, I’ve been on the horn with Michael from Sock Guy, and I’m just a short span away from having a new style of foot bags that I am very excited about. I can’t tell you any details, but I can tell you that they match.

Or at least they will until you loose one.

With that I bid you farewell until Friday. For my part, I’m gonna do something that inspires my bride to hit me with a rolling pin; 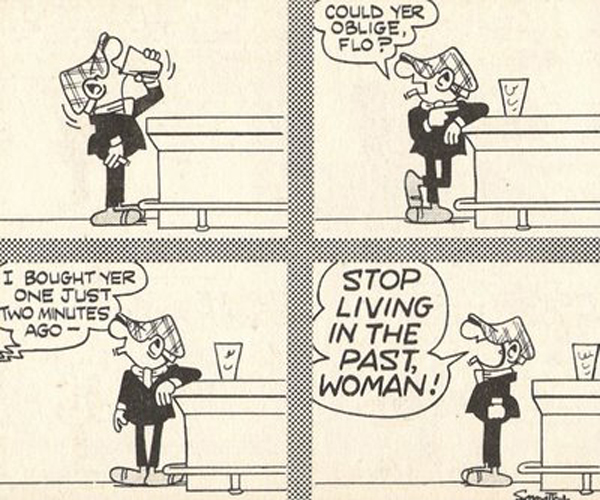 After all, that’s what wedded bliss is all about.

22 Responses to “The world doesn’t stop spinning for nothin’.”