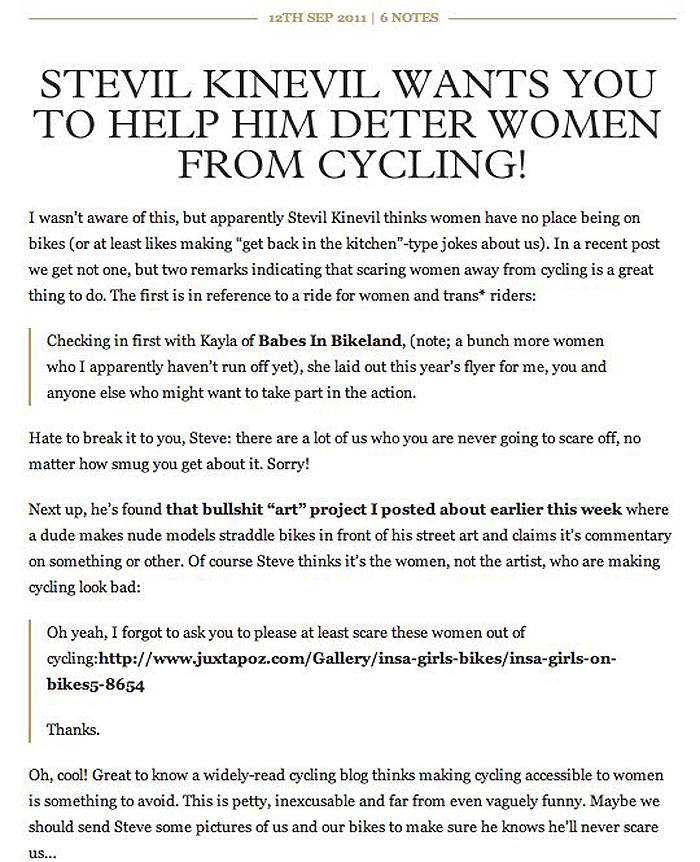 It was just this morning that I was going about my daily chores (clipping my toe nails, numbering each clipping and then putting them in the jar beneath my bed) when I got an email from Brad notifying me that some of my off handed and apparently off-color comments regarding women in the bike world had been taken out of context and had actually made someone very upset.

This makes me realize that there are a few things that I have said on a regular occurrence within the confines of this website that if seen with fresh eyes and no previous knowledge of the standing joke, could be misconstrued as offensive or at the very least confusing.

Of course there was the tirade about ruining the race for everybody which has since become the battle cry for anyone who plans to make an ass out of themselves while stuffed into a skin suit.

And who could forget the declaration about Boulder taking cyclocross very seriously?

Then there is every mention I’ve ever made about Joe Parkin having nice hair, with the exception that I am completely serious about that. His hair is beautiful; 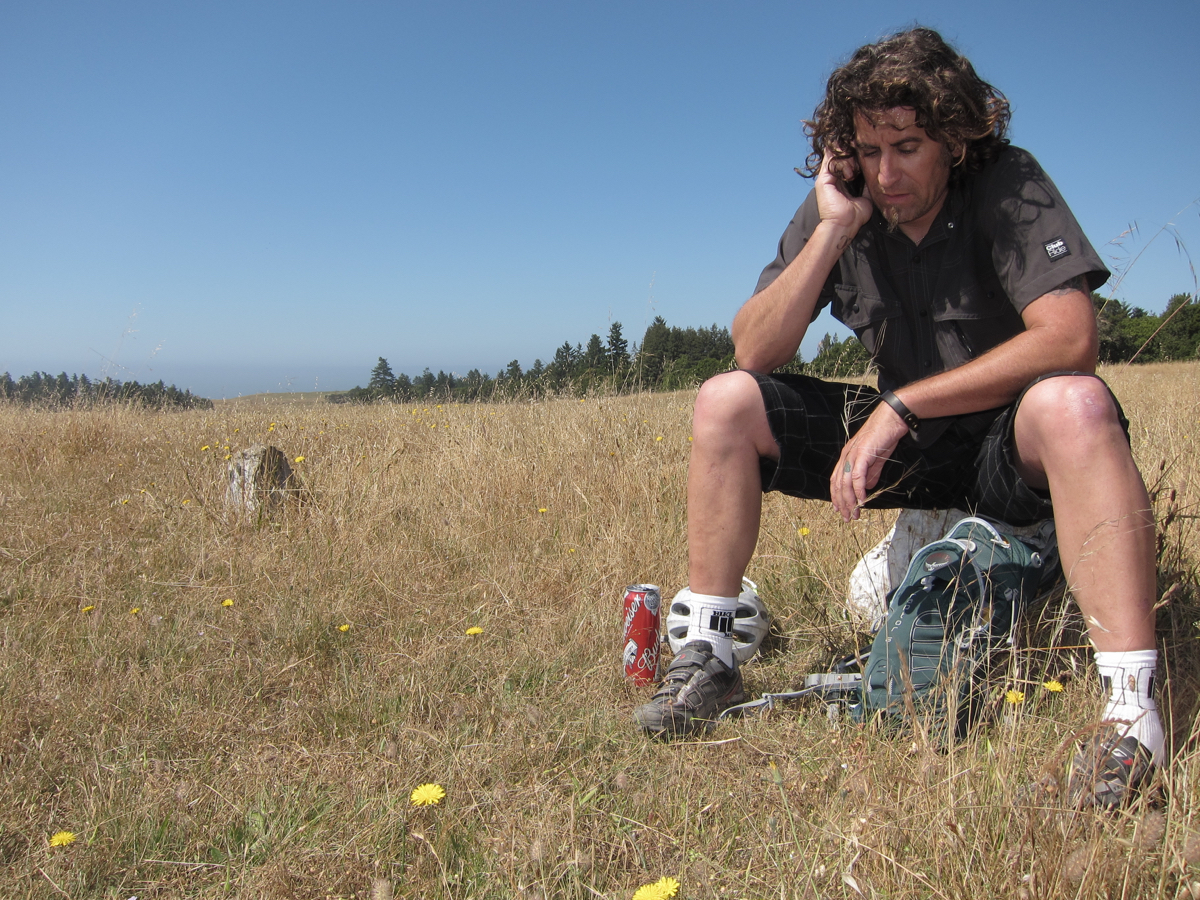 In conclusion, it all stems from this piece (written by a woman, mind you) that states what the bike world needs to get more women involved in it is attractive women who ride bikes.

I called bullshit on that saying what the bike world needed to attract women was women who rode bikes, regardless of what they looked like.

In response, and among other things, the author of the piece made the following observation;

Never giving any reason as to why she felt this way, I took that slight and I ran with it, attempting to use humor to diffuse the absurdity of the statement.

I’ve been riding, racing, wrenching and working within the realm of the bike world for twenty years. In that time I have been honored to watch Gina Hall rise from casual mountain biker to an elite level racer competing on the American team at the 2002, 2003 and 2004 Cyclocross World Championships.

I’ve worked side by side with Sky Yaeger, who by all accounts is one of the most well rounded and influential women in the bike industry. I’ve also worked intimately with Juli Furtado, who I consider a friend and an inspiration. If you don’t know who she is, then I’m pleading my case to deaf ears.

I have lined up next to Stella Cary only to have my legs torn off by her by the race’s end. Ive watched Jennifer Oberpriller effectively herd cats in the process of opening and running one of the most unique and renowned bike shops in the world.

I was the first mechanic enlisted to support the then burgeoning High School Mountain Bike League, giving support and encouragement to years of up and coming young women who were learning that they were free to ride bikes, let alone race them.

Elayna Caldwell, Suzette Ayotte, Jenn Dice, Kristin Butcher, Shawn Bernadou, Gretta Mudflap, Meredith Miller… These are names of women, all of whom I either hold in very high esteem, am friends with, or both and who over the years have made the face of the bike world a considerably better place.

Do I seem defensive about this? You’re goddamned right I am. I have done and said nothing during my entire five years at this electronic pulpit, and fifteen years in the trenches before that, that is anything but supportive and inclusive of all walks. If you choose to make such comments about an individual’s efforts, I highly recommend you do even the slightest bit of homework before you do so.

If my history and commitment to maintaining a well rounded community doesn’t speak for itself, then perhaps you should just consider going back to your Tumblr page and continue to ignorantly slander people who are very much in your corner.

*Update* A retraction and an apology has been extended, which I very much appreciate. It takes a big person to admit that they were in the wrong and I would like to say in the most respectful manner possible, that the gesture took balls.

32 Responses to “Now I went and kicked the hornet’s nest.”