Today, we will start things off wit a short geography lesson; 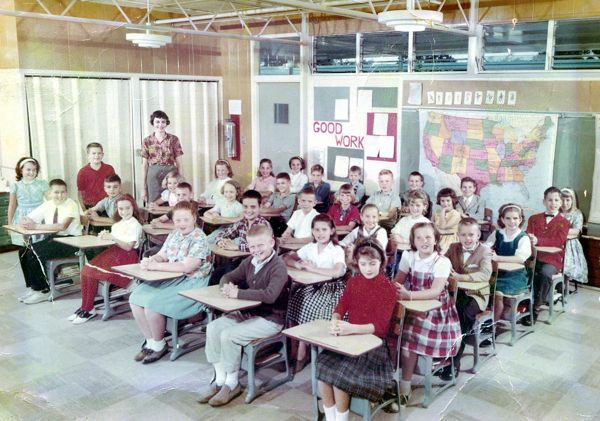 For the past four (or thousand) days, I’ve spent my time in La Paz, Baja. For those of you who are unaware, Baja is the part of California which is technically Mexico. California’s coattails, if you will.
To the West is the Pacific ocean and to the east is the Sea of Cortez, which my mother-in-law told me several times is considered to be ‘the aquarium of the world’. I don’t know if it’s just her or someone who wrote an article she read one time who feels this way, but that’s what I was told. I also don’t understand why say, for example the Great Barrier Reef wouldn’t be considered the aquarium of the world. It makes a much more kick ass aquarium. Or really for that matter, why the seventy-five percent of the earth that is covered in water wouldn’t be considered the aquarium of the world, but that is neither here nor there.
Another thing Baja is famous for (at least in my mind) is a wide spread appreciation for mustaches and beyond that, having a population who seems to be quite happy throwing their garbage in as many directions as much of the time as possible. Here in California, or Baja’s Dr. Suess hat, throwing garbage everywhere, as much of the time as possible is an activity general reserved by Loudass, and/or white/brown/red/yellow trash flea market attendees. If I didn’t miss my guess, I would say that at least 30% of the pacific Ocean’s floating island of garbage originated in this region.
Once outside of any populated area however, I was struck with rugged desolation and an awe inspiring beauty unlike any I’ve ever seen;

Traveling to new locations always has the ability to open one’s mind, and teach us new things as well as to allow a person to fully appreciate what they have at home. Like for example being able to shower with an open mouth or eat a vegetable without the fear of four consecutive days of every conceivable fluid instantaneously and excruciatingly evacuating your body, coupled with a fever so intense you hallucinate that the walls are breathing and your wife’s parents are actually trying to kill you.
What I experienced almost immediately upon setting foot on Mexican soil, and what poor dear Demonika suffered a mere 48 hours later, was but a shadow of what I imagine the Ebola virus to be, yet left me in fear for our own well being.
Suffice it to say, Baja was a cruel, and beautiful bitch, whose embrace I am more than happy to be away from.
That said, let’s move on.
In my time away I have received an array of fodder from the drunk and unwashed masses that I would quite enjoy sharing with you now.
With Christmas time swiftly approaching (shudder) people who like the practice of exchanging gifts, all will at one point or another find themselves stumped as to what to buy for that special someone.
It just so happens that Billy came though with one option in particular;
“Hope you are doing well my friend. I have been up to my usual bag of no goodness up here in Redding. Busy slightly ruining the race for everyone, now my son does it for me as I watch and take DFL. Not a bad deal.
I am launching the pedalr store tomorrow morning. It is kind of a huge deal for us/me. Mostly me.

If this goes well I might actually make some money out of the work I have put in. If it is not to much trouble can you squeeze it in somewhere this week on your wonderful blog? A favor to me, not pedalr. We are moving a bunch of inventory from One On One and Cars-R-Coffins stuff as well.”
He’s humble, that Billy. But yes, he’s a diligent young man, and his efforts should be rewarded. Take a look around the new store front and see if they have a god’s eye or dream catcher or something for GramGram.
Speaking of Billy and his many fingered pies, his helmet sponsor Bern Unlimited is not only the newest in the Maximo Supremo family of All Hail The Black Market advertisers, but they have a new(ish) Souphorse signature model which you can see plain as day if you just scroll across their little banner ad up there on the right. Now you can look just as dashing as Billy while simultaneously avoiding (further) brain damage.
Why, it was just a couple of days ago that my old friend Kevin gifted me the following video which I will now re-extend to you all;

As I expressed on the Twitter shortly after I opened this present from Kevin, “If there was any doubt, Jackson is a badass and his mom sucks a ball.”
Sometimes I speak without thinking.
This however was not one of those times.
For just a moment I’m going to tuck away all of my cynicism and sarcasm to assist in a notification from Loren regarding a friend who could use some assistance;
“Stevil,
Kent Peterson is selling bicycle related prints to help out a friend (a graphic illustrator) whose son has been diagnosed with leukemia.

As you are a saint* I thought you might help spread the word. Thanks. Rock out with your cock out.
*Or sinner. I get mixed up sometimes.
Loren Beaber
30% a Nurse
Devoted Pedal Pusher”
I like to think of myself as a sinner who has bouts of saintliness, and since I have been working from home, the appendage of which Loren spoke is rarely anything but out.
And speaking of that body part, El Capítan Pirata of Soulcraft Inc. got in touch regarding a whole slew of stocking, or sock cap, or even sweatpants stuffable new Soulcraft soft goods.
I would also like to ad that his email regarding this new delivery of wearables was so excruciatingly boring that I made up my own;
“Dear Stevil,
Say, your new custom bike that I promised you is almost finished, however before you take delivery, I wanted to send you to the world’s biggest water park that I’ve reserved for you and two hundred of your friends which will be catered by your favorite submarine sandwich shop from your hometown and served to you on the hats of midgets;

I thought you might also like to know that I invented a time machine have brought back 1970 era MC5 and The Stooges to play a special show for you whenever you get tired of riding water slides and eating sandwiches.
Oh yeah, and Soulcraft has a bunch of cool new soft goods that if you could make mention of, I’ll totally also give you my Chevelle.
Best wishes,
Sean”
That was very nice of Sean, and I look forward to being showered by all of his gifts.
To conclude this informal AHTBM Gift Guide, I have a nice email from Keith regarding recycled wares and such;
“Stevil,
This may be a bit too eco-groovy for your liking but I put together this video which focuses on the work of Santa Cruz’s Lauren Junker and her company “Totally Tubular Design”…

Long story short…she takes old bike tires and tubes and turns them into purses, wallets, jewelry, etc. This is the second video is a series I am doing on small manufacturers and craftspeople in the good old US of A (really just Santa Cruz county, since I’m not being paid for these and work on them in my spare time). If you feel that it is worthy, I would love you to share it on your blog. However, if you feel that it is hippie bullshit, that’s cool too.
You will notice that the first video was on a local brewery…Uncommon Brewers…that makes canned “craft” (ie, fancy) beer, another one of your favorite subjects.
Thanks for your time.
Keith Wells
Devout AHTBM Reader”
Please don’t let my gruff virtual exterior fool you. I’m as down for eco-groovyness as anyone.
Hell, to that end, Lauren Junker (really? Is that her real last name? I’m totally changing mine to Pornbong) says she’s into rummaging through piles of trash? I know a place about two day’s drive from here where she can find those as far as the eye can see.