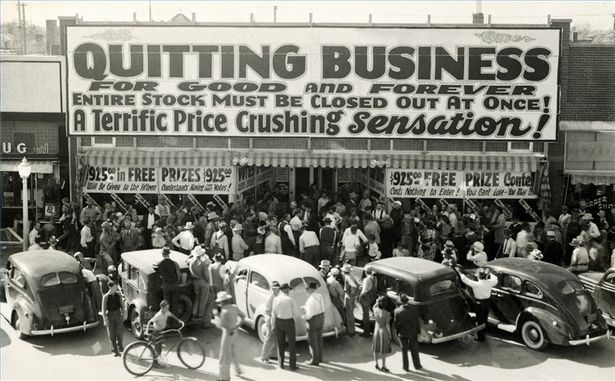 But not because I’m quitting business.

No, you see, aside from a small pittance from the Maximo Supremo residents, the bulk of my daily bread comes from, and in turn goes back into the products that I sell in the All Hail The Black Market market.

A number of these items are just things that I decided I wanted, and hoped others would too.

For example, an internal conversation I might have with myself would go something like this- “Gee… I sure would like a switchblade, but when the ‘blade’ popped out, it would actually be a thermometer. I know where I could get those made. I hope 499 other people would like to have one of these as well.” So I order them up and cross my fingers.

Due to a recent and kinda but not really busy travel schedule, I haven’t had the opportunity to properly present a slew of new items which I’ve gotten made over the last month which all can be found for sale in the aforementioned store, so without further ado, allow me to get on with a round of shameless self promotion.

Starting in no particular order, and for folks who got in on the pre-order, we have just a couple of weeks before the Bandit jerseys start to ship. I’ve been told that this will occur on the fifteenth of October, so I appreciate your continued patience; I got the sample piece in the mail about ten days ago, and if I do say so, these are even more badass than the first batch.

I will have just a few additional sizes shipped to me, so if anyone didn’t get in on the order, there’s still a slight chance you can get your hands on one.

Next in the queue are the new branded seat collars made in conjunction with Handsome Bicycle Multinational Megacorporation; 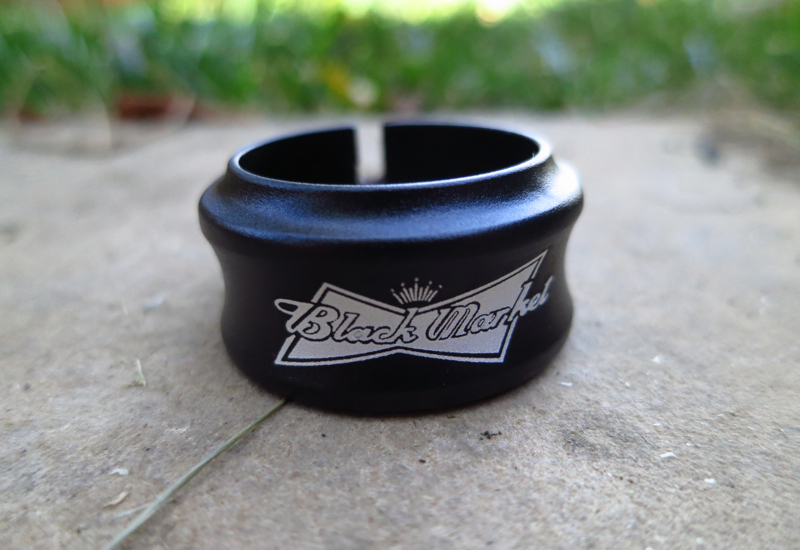 As the description in the store states, “I have twenty five sizes to choose from as long as they’re all 27.2.”

These make a fetching accessory to the AHTBM/Handsome Bicycles Shop Bike frameset, a few of which I have left right here; 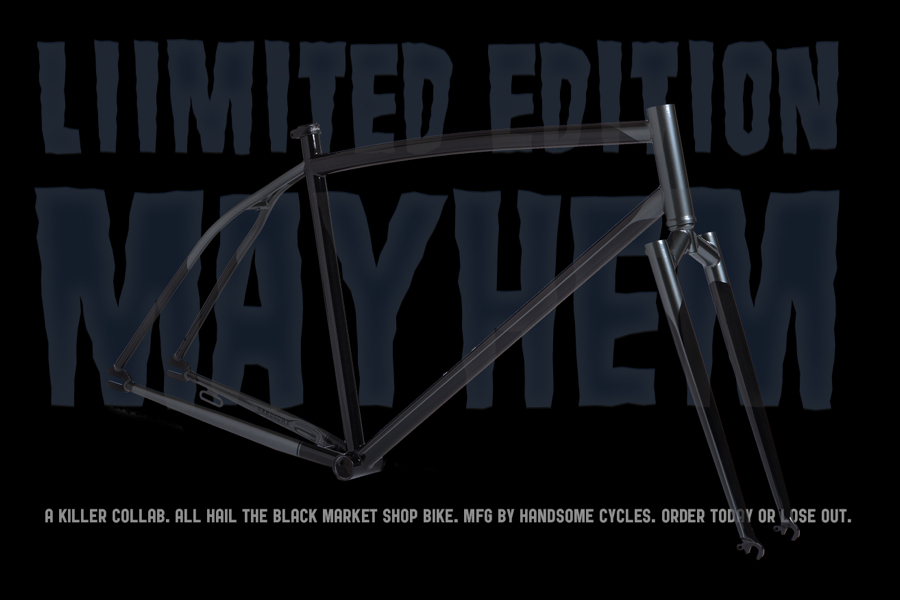 Another item I made with Handsome are the decal sheets for said collaborative frameset; 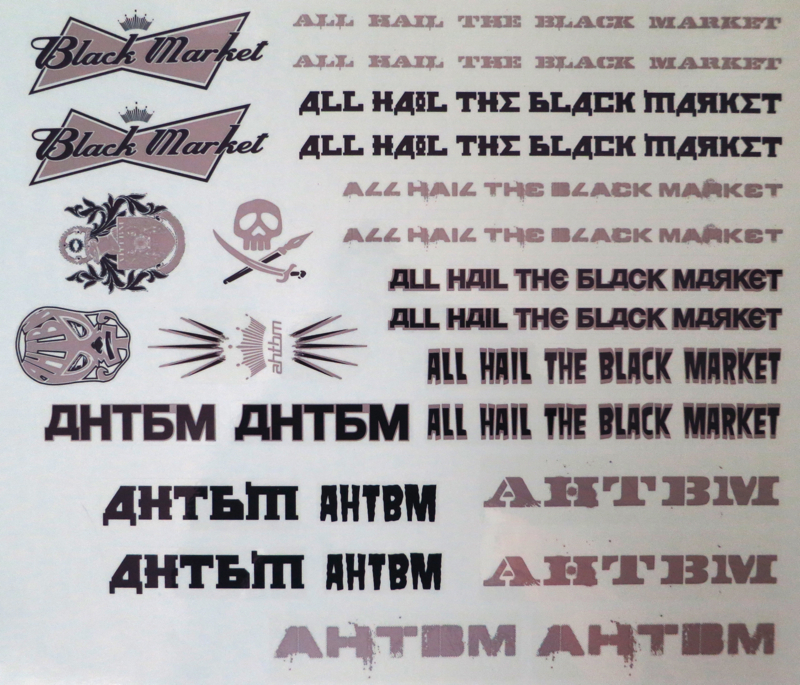 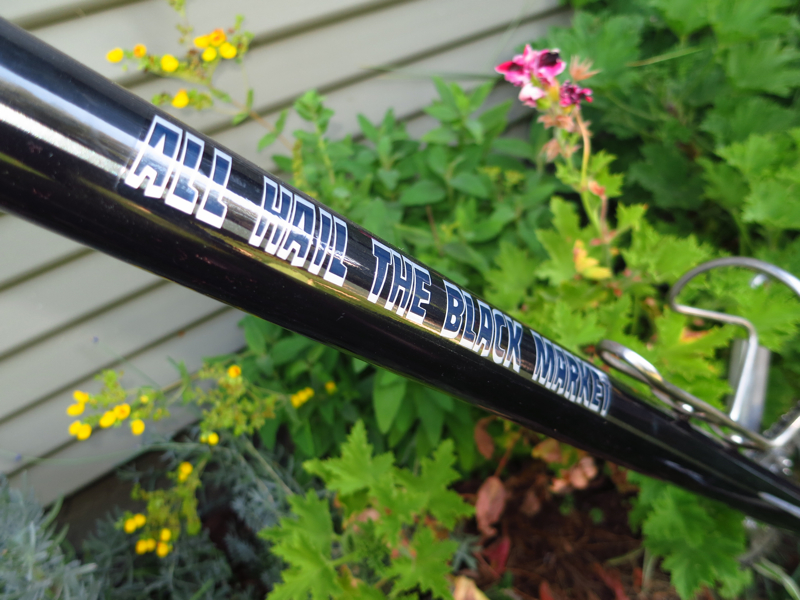 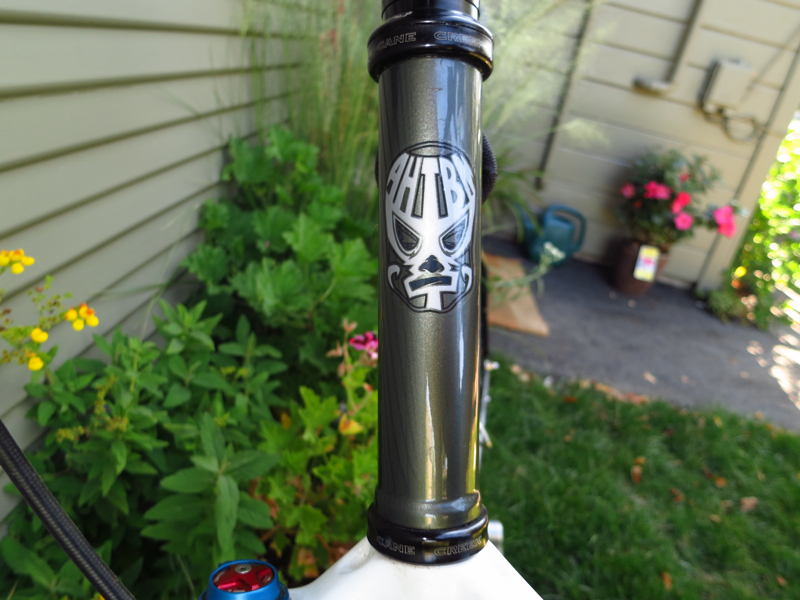 While they were made specifically to dress up the Shop Bike, their uses are endless.

Continuing on, and at the risk of repeating myself, I got a second run of the Department of Awesome patches made, and they have been flying out the door in fives and tens; 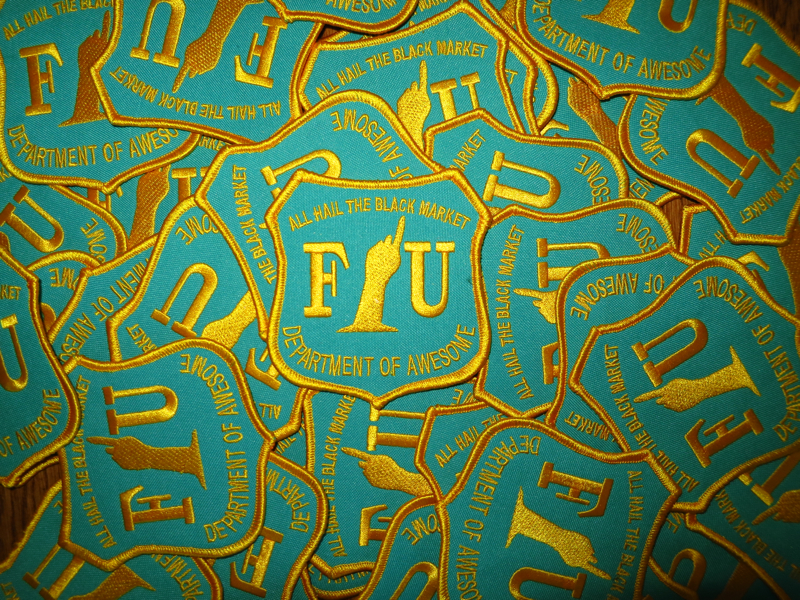 With each one of the patches sold, I’ve offered up a deputization to the department for the purchaser. I’m very happy to report that thus far, not a single officer has been injured in the line of duty.

Next up, I’m proud to finally offer the ‘Ike Lee’ design which has sat dormant for a solid three and a half years, until I was able to track down artist Chris Wright, and hire him for a slight redesign; 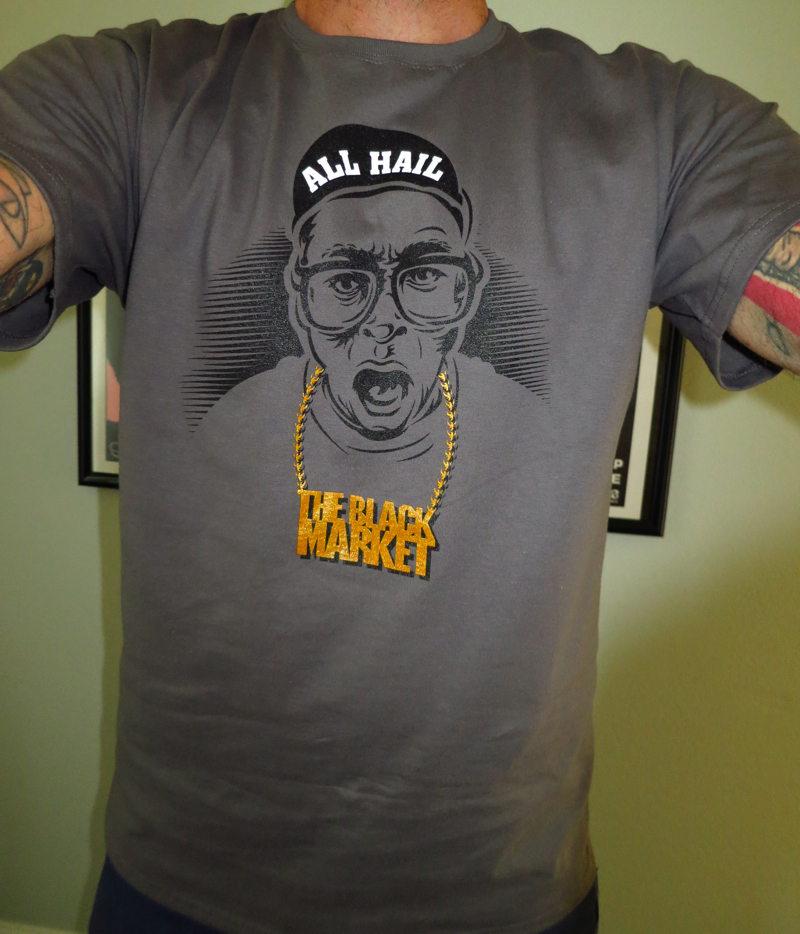 The hat and medallion used to say something else, but now it says what it does, which in my not so humble opinion is better.

If something to adorn the walls of your lean-to might be more up your alley, I have a run of the limited signed and numbered prints for this most recent Underbike Industry Mixer®; When initially debuting this piece, I had all but promised my demise at the hands of Las Vegas, thereby ensuring its immediate increase in value. I’m sorry to say (and it wasn’t for lack of trying) that the rumors of my imminent death were greatly exaggerated. Just the same, here is your opportunity to own a slice of history while at the same time helping a starving artist buy a few more flats of Ramen.

As I come to a close with the AHTBM virtual shopping extravaganza, I’m quite pleases to announce a surprise collaboration between All Hail The Black Market, Raleigh Bicycles and Hodala.

I’m not yet at liberty to disclose the details, but suffice to say, if the third Saturday of June means anything at all to you, this is an item you assuredly won’t want to miss.

Relating to all of this only kinda, Bob made contact just yesterday with an offer of his own kind of threads;

just wanted to share a picture from the Grand Prix of Gloucester of myself. Wasn’t accused of “ruining it for everyone”, but it did get a pig cheer from the beer garden; If anyone’s into our kits and wants to join the Team Awesome shenanigans, we have a pre-order up at Team Awesome through the weekend.

The government doesn’t care about ‘We The People’. It’s up to us to help support one another. Might as well be dressed nicely as a result of doing so.

Now in closing, I will redirect the spot light off of my own meager efforts, and point it directly towards FMB and a recent email from none other than Captain FBM, Mr. Steve Crandall himself; “STEVIL
I just finished a pretty coool video with the FBM Machine shop, and riding by Neil Hise-

Let me know what you think.

I gotta say that I love it, but as I replied to Steve, the opening crash sequences that the FBM videos always feature never fail to make my old man parts hurt, which at this stage in the game are like, all of them.

My physical ability to sustain repeated slams went out of business a long time ago.

9 Responses to “EVERYTHING MUST GO!”