As well as a lung, part of my liver, a piece of colon, and half of my vocal chords. 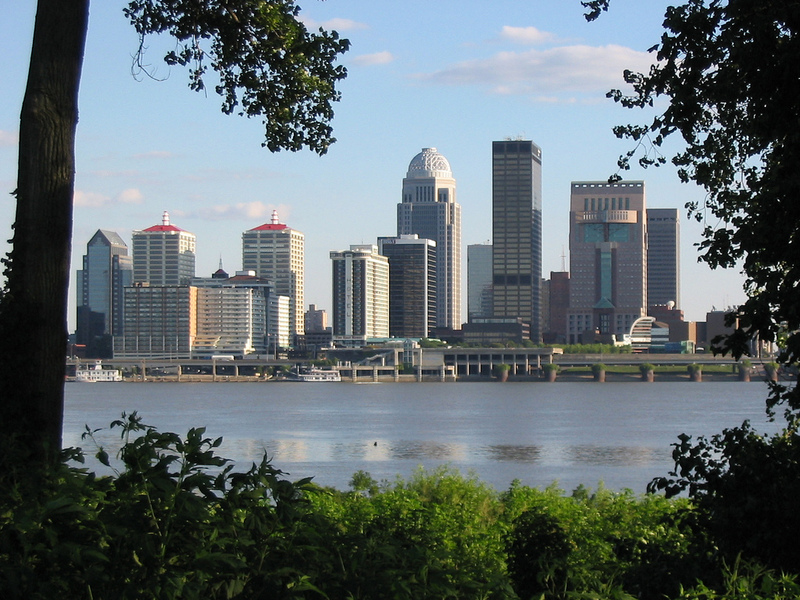 Downtown Louisville looked just like this when we were there, except more cold and gray.

Clearly anyone worth their weight in $550.00 stems (which, by the way is one of the more offensive things I’ve seen in the bike world recently, but I’ll touch on that later) knows that this past weekend saw not only the first cyclocross World Championships on American soil, but the first ever outside of Europe. Upon hearing this announcement fifteen to eighteen months ago, I became very excited, as I have never seen a Worlds cross race in person. I’ve seen many Worlds mountain bike events, (as well as was escorted out of one by local sheriff’s officers), and two National cross events, but never the big show.

After finally arriving to Louisville late Thursday evening at the conclusion of an eleven hour flight from Oakland through Phoenix, then Chicago, to my final destination, the excitement was only quelled by complete exhaustion and near seizure inducing levels of hunger.

I spoke with Big Dave who had arrived a couple hours earlier and he made mention of a nearby sports bar with food and booze, which at this point was all I cared about. I assumed that a Hot Brown should be the first thing into my gullet considering the city that was currently my host. The waiter notified me me that this wasn’t a traditional Hot Brown, to which I responded that since I’d never eaten one before, I’d be none the wiser.

For those not in the know, this is a traditional Kentucky Hot Brown; 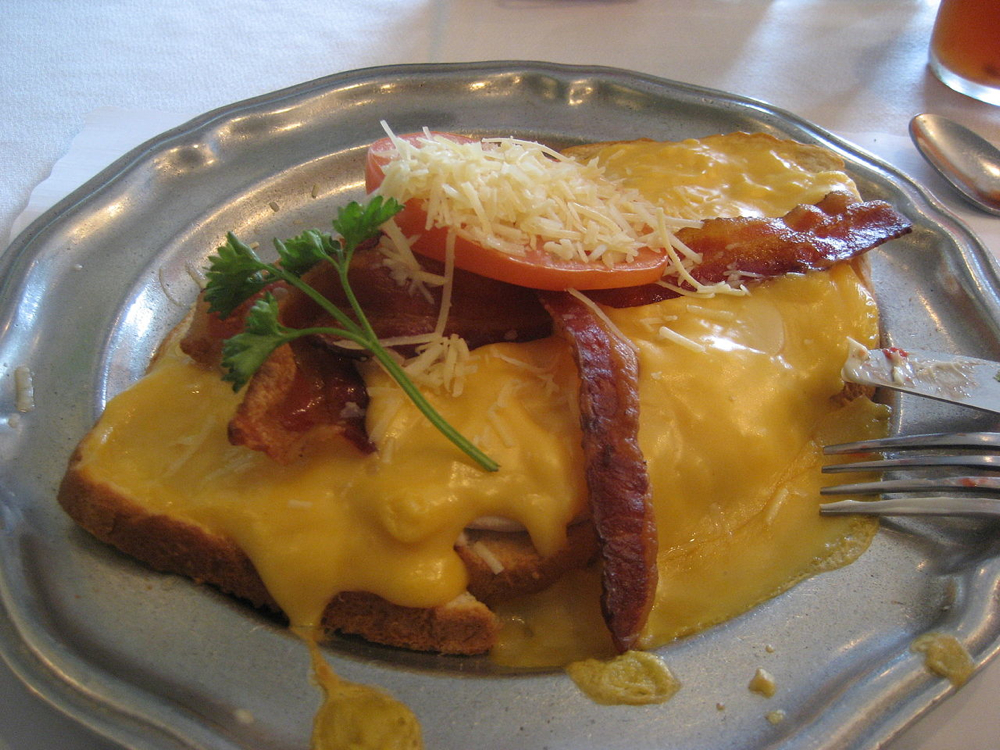 What I ate was the resident chef’s personal spin on the favorite.

Picture a small loaf of hollowed out sourdough bread, filled with shredded turkey, Mornay sauce, and covered with chopped tomato, melted cheddar cheese, and two strips of thick cut bacon, and you have yourselves an image of what I will be found dead, naked and buried beneath a pile of.

After savoring every bite, I hit the pillow at a million miles an hour, sleeping the sleep of someone filled with an impending heart attack.

Upon waking up the following day, I had the option of going to watch the masters’ races, or descending into the earth and zip-lining around through seventeen miles of underground caverns.

Naturally, I opted for the latter; 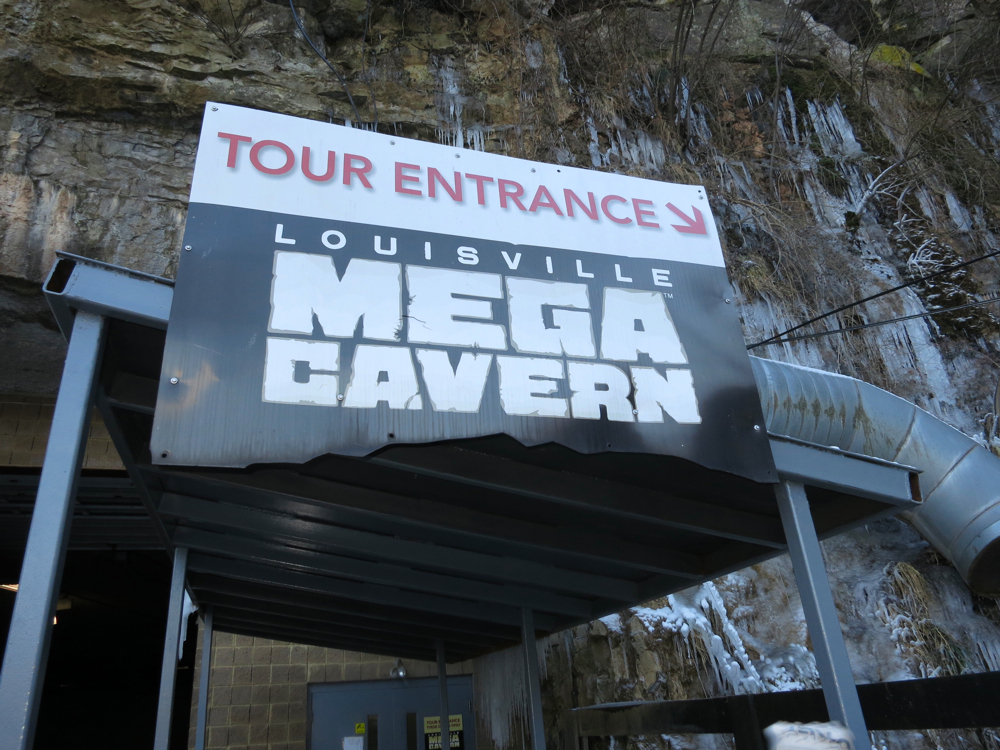 Along with me for this adventure were Craig T. Etheridge, Sally, Big Dave, Brad, Demonika and Sarai.
I wanted to take my camera along but as I understood it, occasionally you go upside down and when things fall from pockets, they often times aren’t seen again, so I simply took a few shots at the beginning of the beginning, which included the cleanest and most educationally rich middle-of-the-earth bathroom I’ve ever been in; 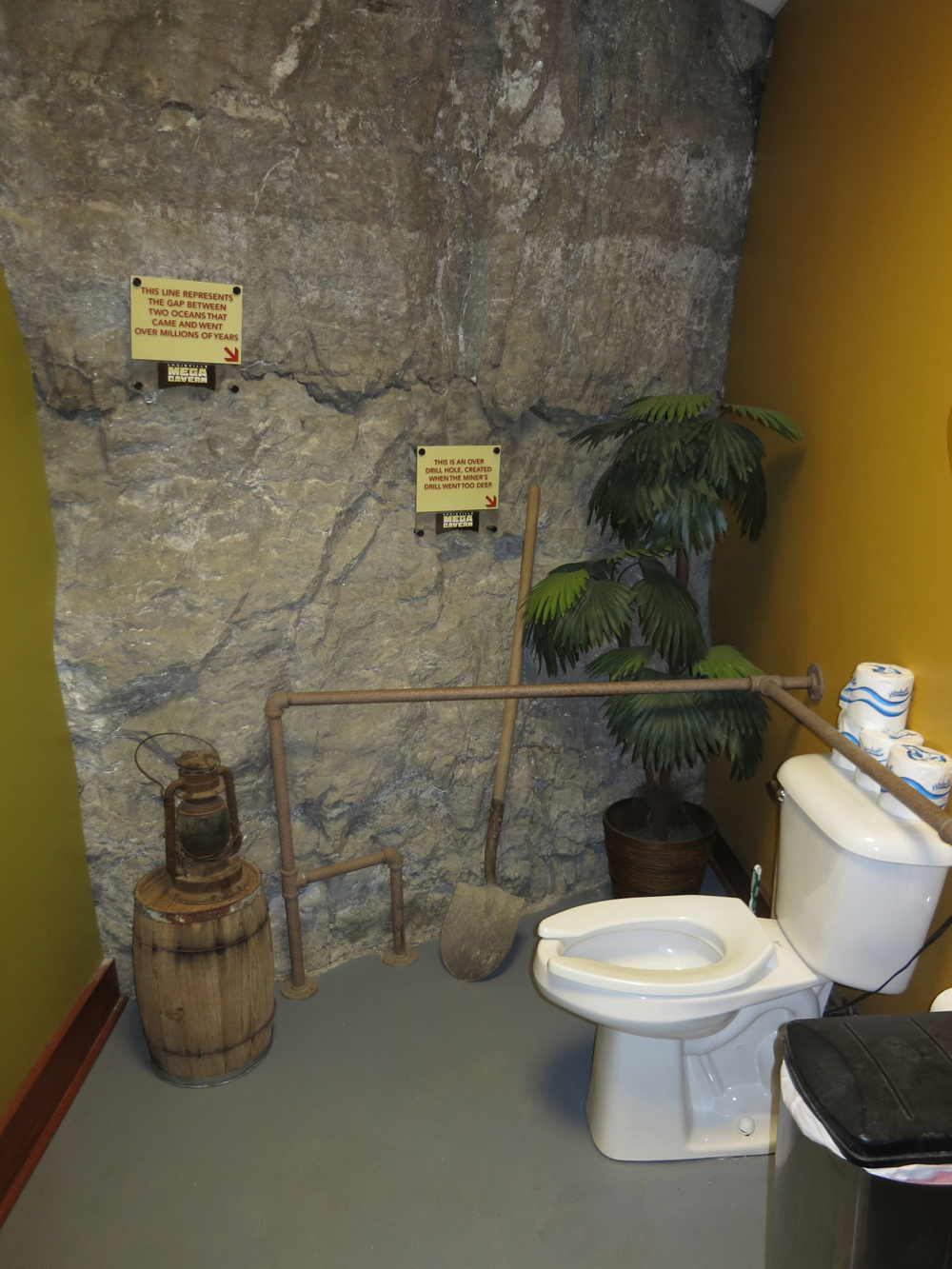 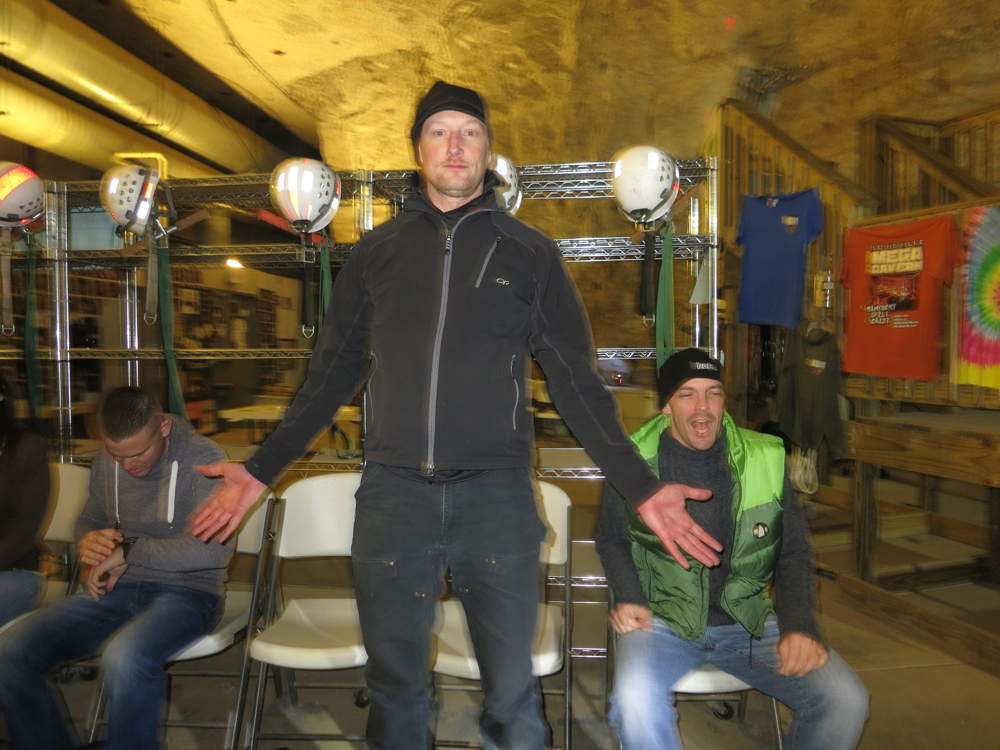 Among the fun fact placards posted along the entrance of the caves, one declared that there were no living specimens inside of them, but I found that to be untrue; 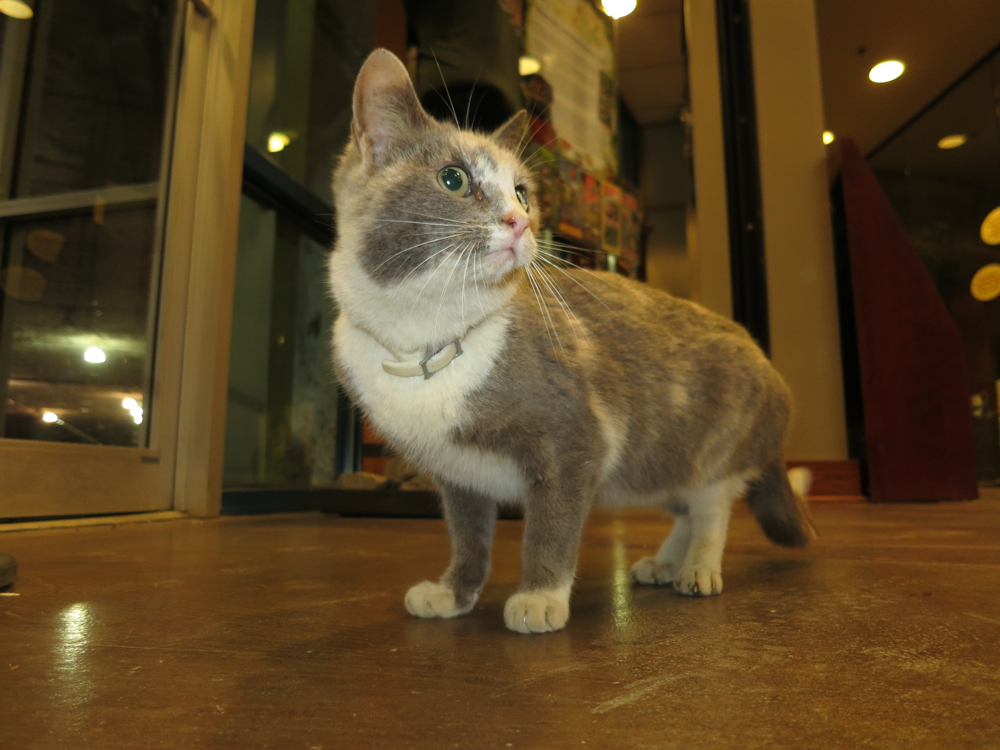 Anyway, bike racing is cool and all, but besides never, when am I gonna be able to zip line underground again?

So I strapped on my harness, and without the snappy sound track, and a whole lot more screaming of profanities, the following video is pretty much illustrates what it was like;

For the most part I had no issue with any of the heights, or putting all of my trust in a tiny little cable, but like Big Dave said, “it’s not heights that I’m afraid of, it’s falling from them that makes me uncomfortable.”

Had Craig T. Etheridge and I been on the same schedule, I would have been able to jump on his ‘Hot Laps With Craig‘ coattails, but alas, at posting time, his ‘Center of The Earth’ edition wasn’t yet available for viewing.

Why, with fifteen extra seconds in my morning, I even made him a special promotional flyer; 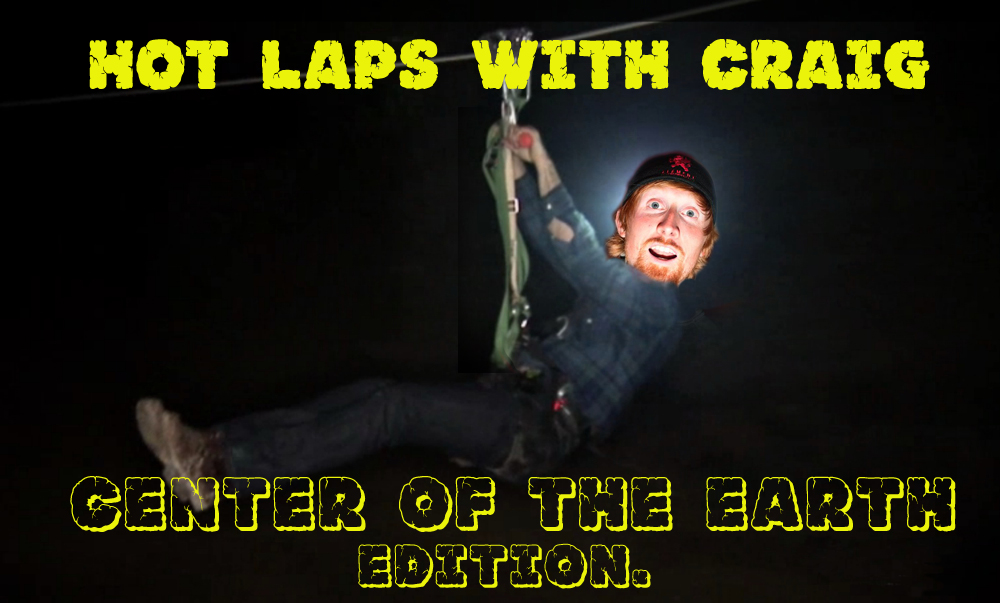 Keep checking back. It’s bound to be here eventually. I was counting on it to turn the suck down slightly on today’s effort. 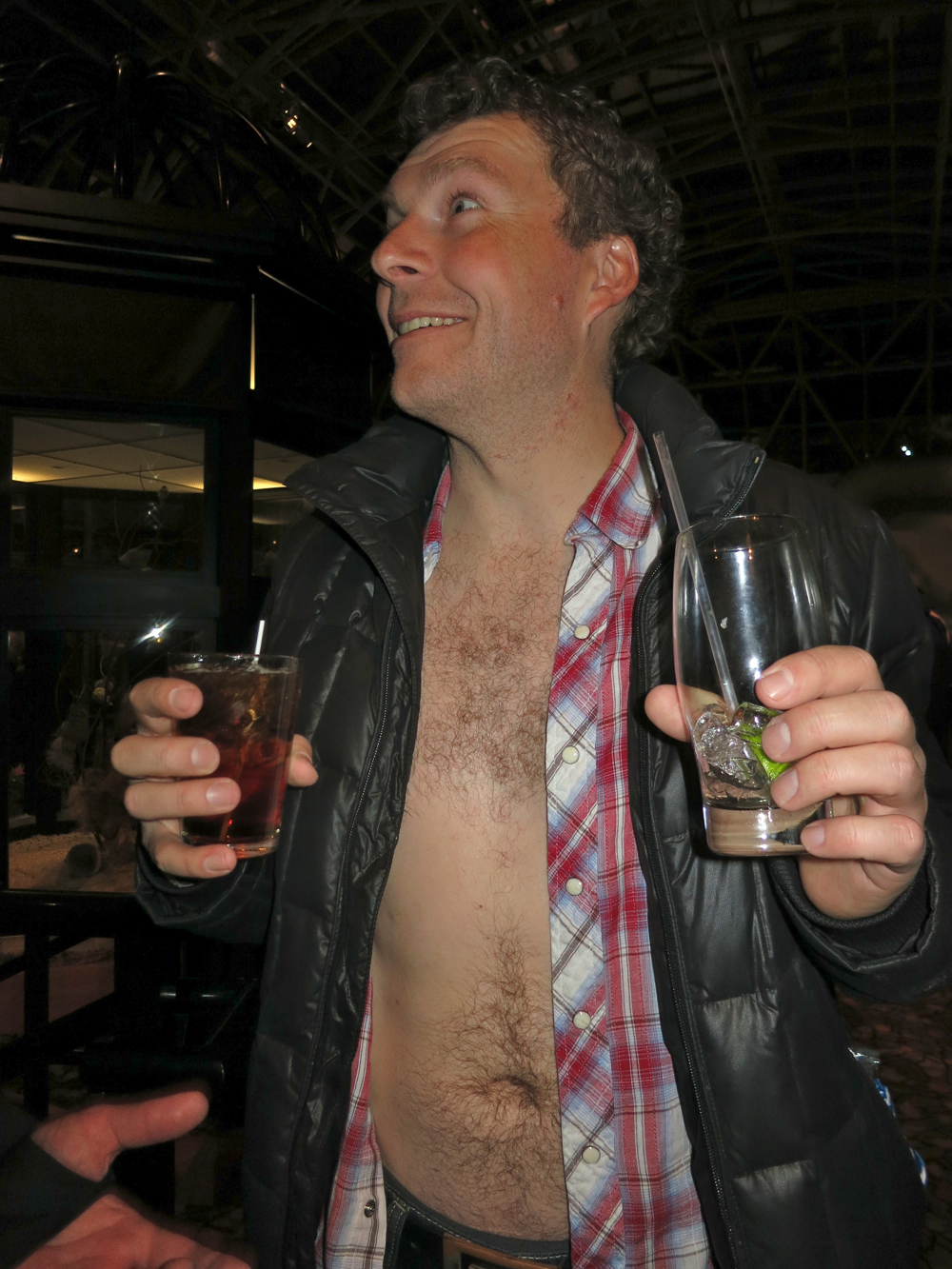 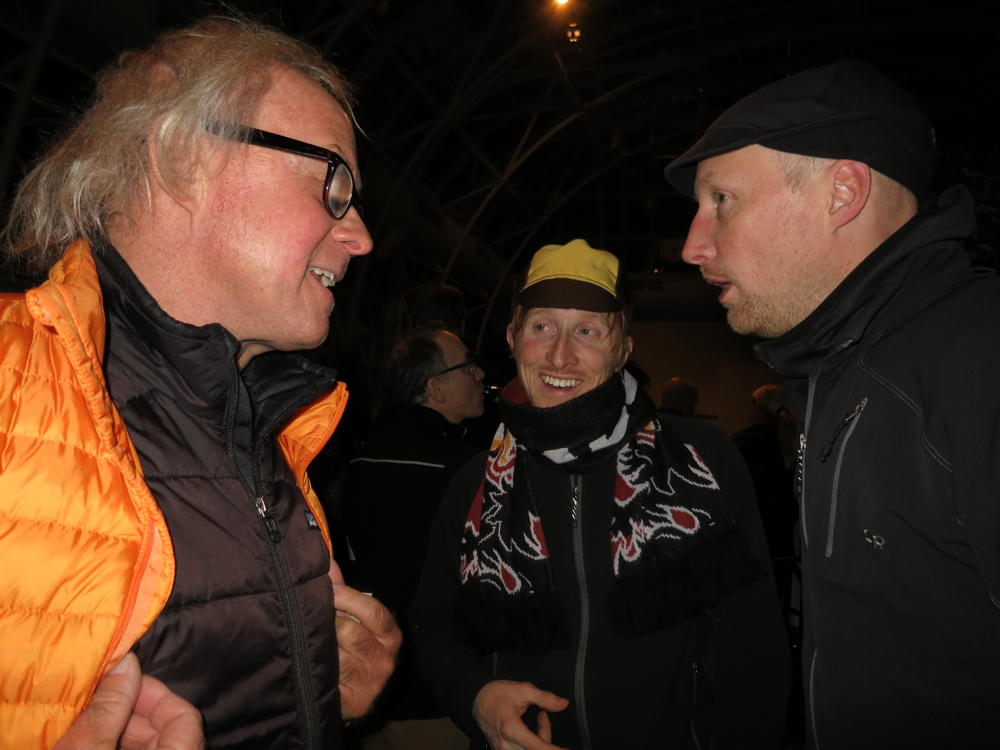 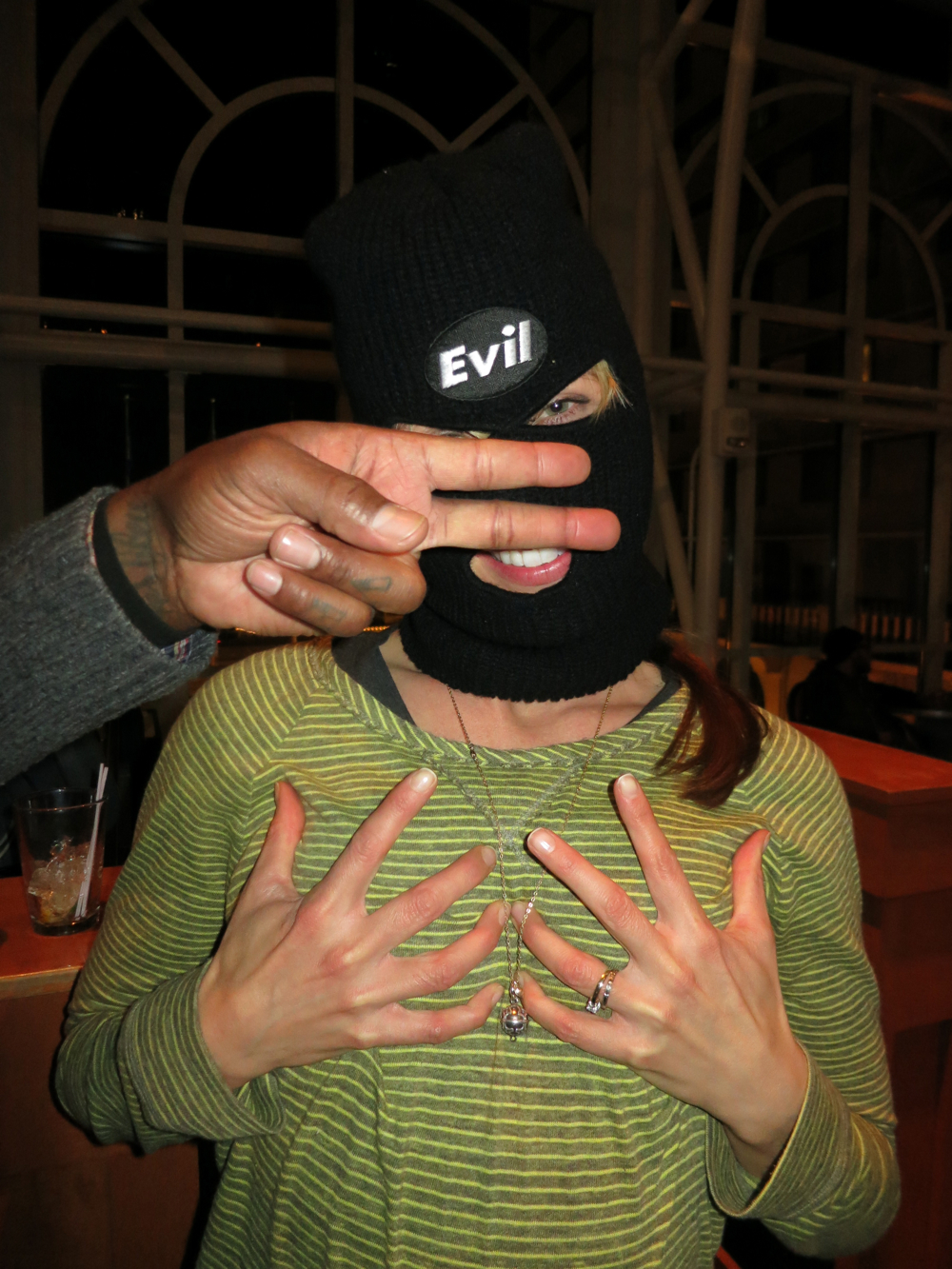 It was around this point in the evening when I got swallowed up by a head cold and a fever that would kill a baby.
Just the same, we linked up with DWP and Ian and adjourned elsewhere to continue the frivolity; 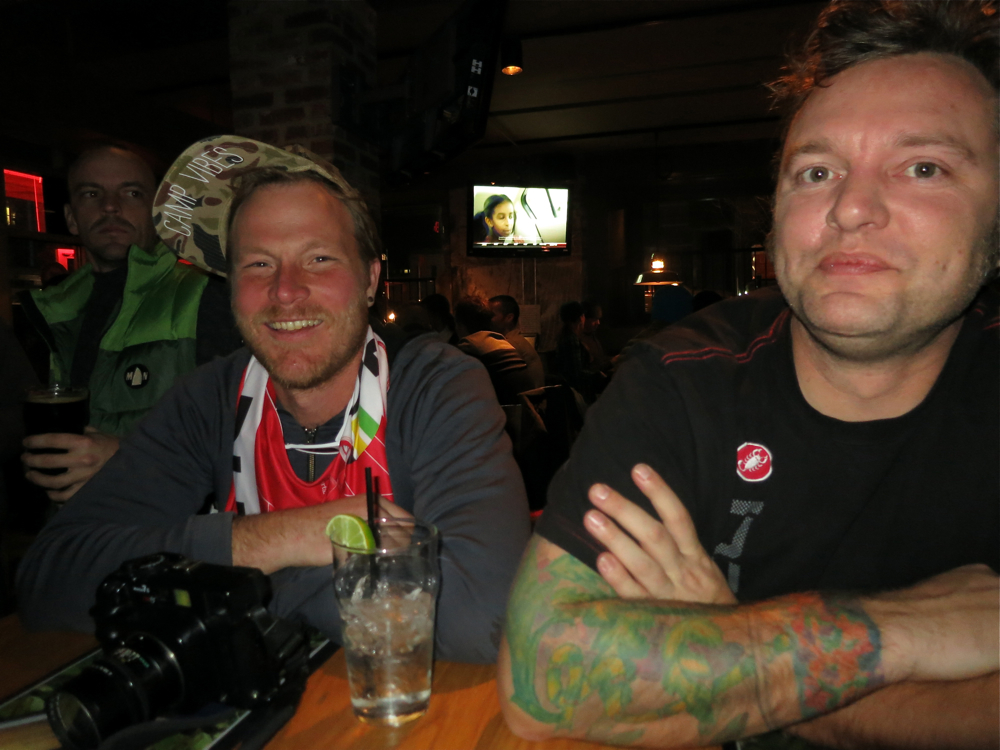 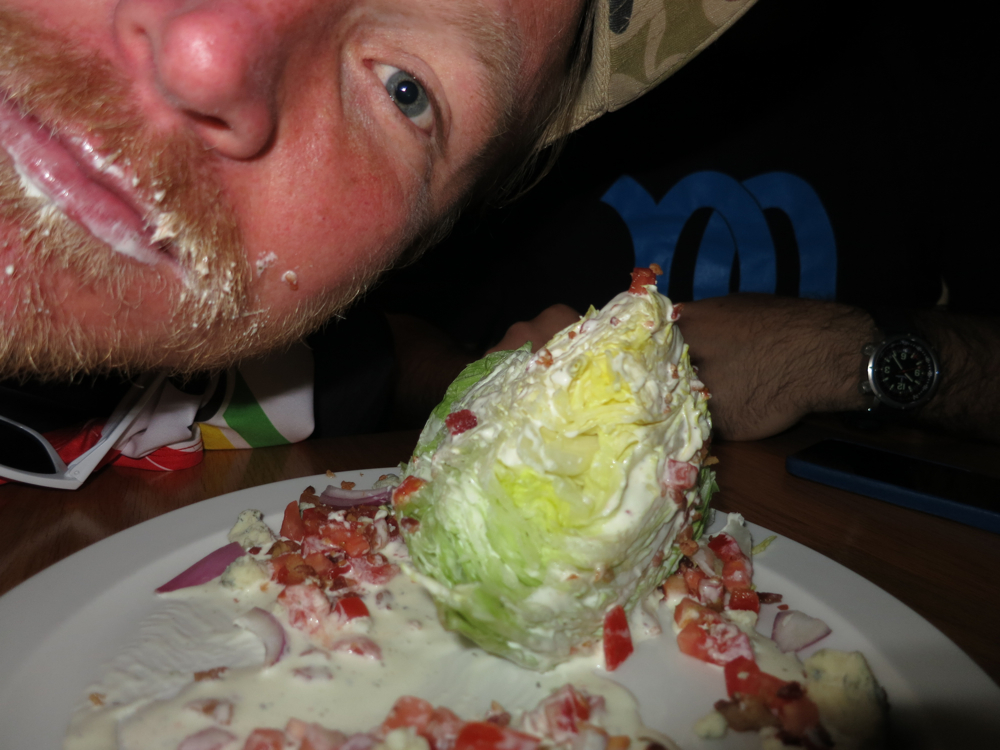 Finally succumbing to my illness and sweating from my eyeballs, I pulled the ripcord and headed back to the room to rest up.

Come back around on Friday for a run down for what assuredly was to be a full day cyclocrosscycling and screaming my already tattered throat out.

As well as departing with a number of other body parts.

8 Responses to “I left my heart in Louisville.”