After the fellow featured in this video (the two legged one) recently posted a comment on the Always Have Thick Blue Markers Facebook page, I was inspired to put his video here front and center for all who care to enjoy it;

If that’s not going to inspire full immersion in this site for the next four to seven minutes, I don’t know what will.

As usual, I have a random assortment of assortedness to try and make heads or tails of, so as to not waste any more time, let’s get down to business.

“You want to do some good in this world? Pimp the hell out of this chess team“; 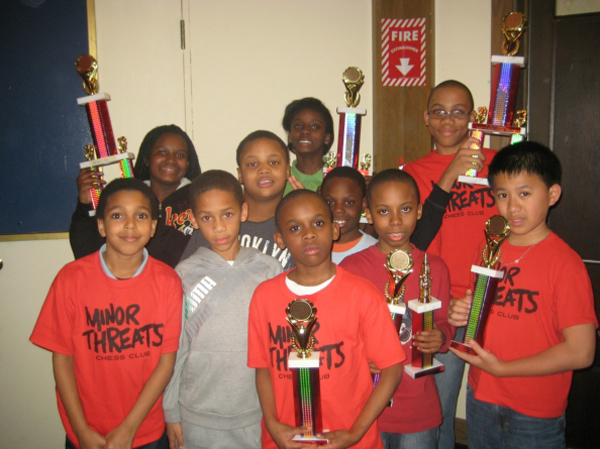 This gave me a reason to smile, and while folks will possibly pass this by as something that might not necessarily seem important, it arrived to me at a time when I was reflecting on both the Steubenville rape case, as well as the recent murder of my friend Lisa Koziol-Ellis.

While the villagers are rightfully at the gates with pitchforks and torches ready to string the offenders up, I couldn’t help but reflect on the perpetrators of the crimes and wonder where, and how profoundly things went wrong for them to make it seem ok to take advantage of a passed out girl, or in Lisa’s case, kill her for a DVD player. As the days passed and I ruminated on these ideas, I caught wind that Henry Rollins had apparently been thinking about the same thing when I read his perspective on Steubenville.

Naturally Henry put it in a clear and concise way, as only he can and I encourage you to read it if you haven’t already. I whole heartedly agree that the front and primary line of defense is the parents, but after that, there are extended family, friends, teachers, parent’s friends, employers and so on. In every case, these people are potential mentors who can point kids in the right direction in regard to how they maneuver in the world, and how what they do affects others.

While I was reflecting on these ideas, I began thinking of my own dad who is not only a very, very good man, but a tremendous human being, and because of this, he provided me with the tools to use in an attempt to grow into the same. Beyond my dad, (and most certainly my mom), I was constantly surrounded by a host of other people who inspired me and showed me through their own actions how to be a good person.

As far as Steubenville goes, I surmised recently that I have been drunk thousands of times, and I’ve never raped anyone, and I’ve seen hundreds of thousands of women in my life, and never once did the thought of victimizing any of them cross my mind. I believe the same can be said for all of the choir to whom I’m preaching, but there certainly is a widely pervasive element in the world that this doesn’t apply to. Just because the people specific to the aforementioned cases are rightfully locked up, it doesn’t change the fact that the society that bred them is in a serious need of an overhaul.

So back to The Minor Threats Chess Club- As members of that society, we can make a difference in these kid’s lives, (naturally both the boys and the girls, but for the sake of the topic at hand, I’ve been referring to the former), and give them a chance to engage in something healthy, that they clearly love, and are obviously very adept at, and perhaps in a subtle way, help to show them what it means to be good people as well.

Now, because this is primarily a bicycle, and tennis ball related web log, I suppose now would be a good time for me to step down off my soap box and broach some of those topics.

Certainly relating to helping kids, and the bikes which we love, I got an email from Coach Bobo which I’ll share now for any and all who are interested;

I am writing to invite you and Demonika to be my guest next week March 26 for the screening of our new film SingleTrack High at Clif Bar HQ in Emeryville. Let me know if you both can make it and I will add you both to the dirtbag list. More info’s available here.

Would be cool if you could post a shout about the screening on your mega influential blog as we have screenings going on all over the country.

As I’ve noted many times, I was the league’s first official mechanic, back when it was just a single team at Berkeley High and have in some capacity or another worked with them and watched it spread from Northern California to a nation wide phenomenon. I will certainly be in attendance if only to sit quietly in the back of the room and undeservingly pat myself on the back.

Then from Patrick, I got about ten different emails about a new project he’s neck deep in called Asylum. What I am presenting to you now is a patch-work of some of those emails which may or may not get his point adequately across;

I’m the product manager of a soon-to-be announced cyclocross frame (*editor’s note, this means now) coming from a company in Portland called Asylum.
The Meuse is their all-new cyclocross frame.

Asylum named the bike after the very same river that flows from France into the Low Countries, i.e. the heartland of Cyclocross. Asylum has also negotiated terms with Rogue Brewing of Newport, OR to do a special-release, limited edition complete bike. 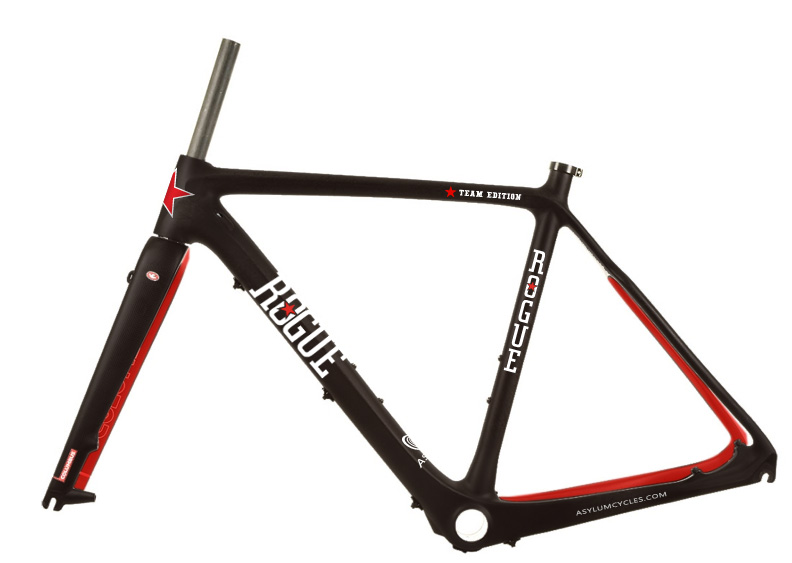 We’re going to crowd fund the Meuse on Crowd Supply starting now. People who pledge their financial support will have the opportunity to get a frame or complete bike at wholesale while Asylum covers the cost of new production molds.

The first pledge level is $895 and includes a frame/fork. Next up is a single-speed version for $1595. Asylum is also doing a race-ready, SRAM Force equipped bike for $2095; 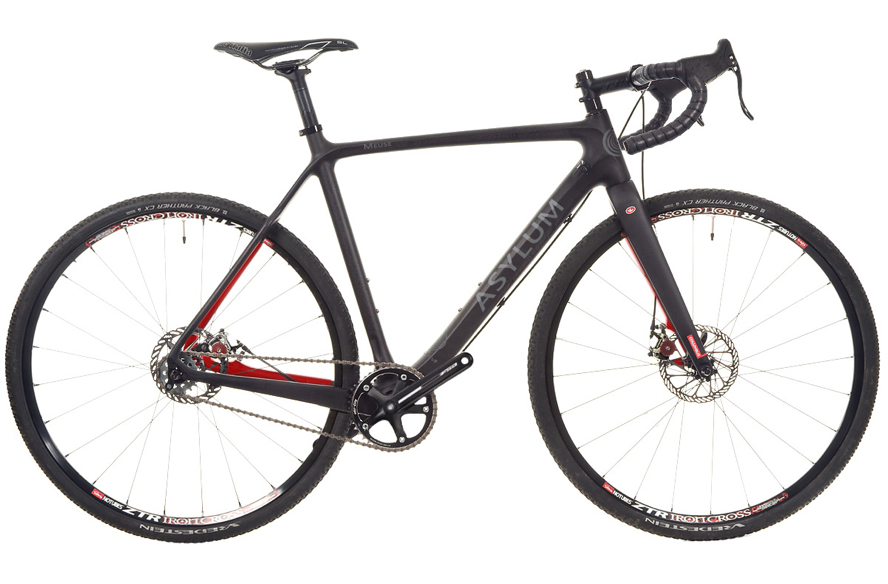 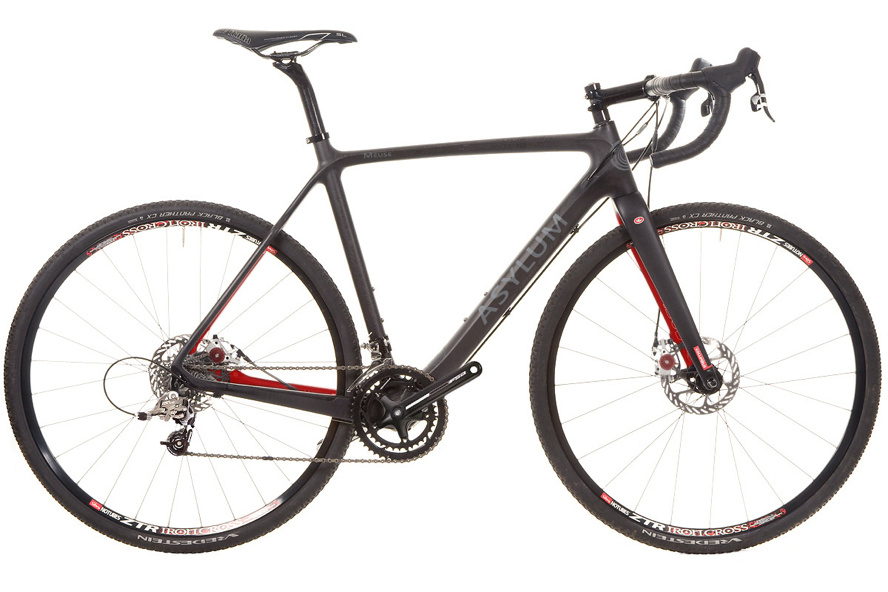 Finally, the Rogue Team edition will go for $2495 and will come with an upgraded cockpit and BB7SLs. These prices will change when the bike goes to full-production. We’re expecting that the frame will retail for much more, but Asylum hasn’t nailed down exact figures just yet. For the next 60 days though, our funders can expect to get the best pricing on their next race bike.

The picture we have of the complete-bike isn’t the production-ready build-kit, but it’s what we had available to build the bike with. We’ll update these photos shortly, but I figured I’d give a good idea of what we’re talking about in the meantime.

Let me know if you have additional questions.
~Patrick”

I probably had some questions, but the cutting and pasting seems to have wiped my mind clean.

Around the time of the mind-wiping, from Kenny I got another request for some traction on a thing in which he’s doing stuff;

Would you mind throwing the Sweathogs some love up on the blogospace?

WINNER TAKE ALL CASH PRIZE! That’s right, you can enter and have the opportunity to win money for those much needed bike parts for your new summer build or maybe put it towards your rent! either way, fastest guy/girl takes the loot. But win or not, we’ll still be raffling off some killer prizes in the end. 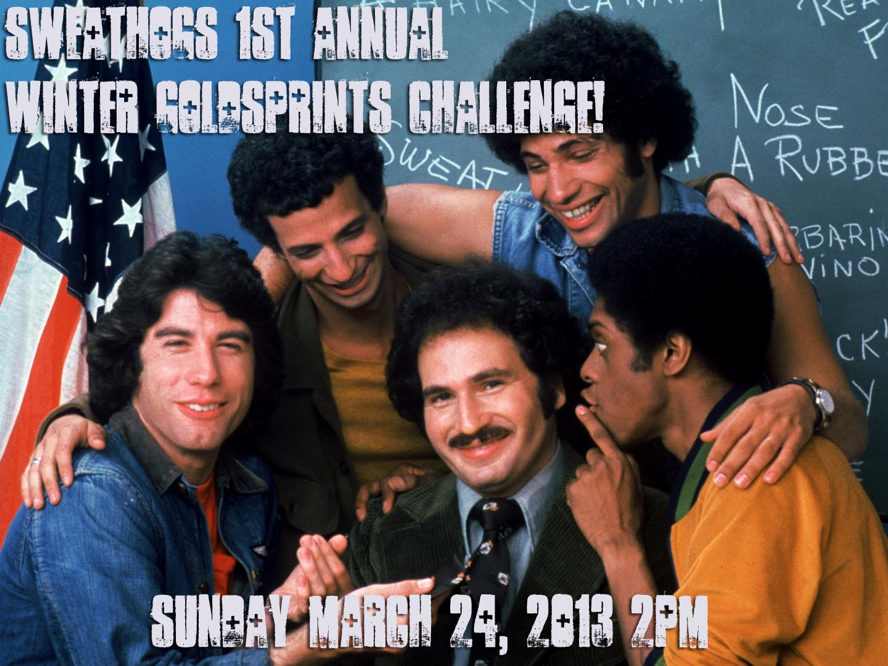 Thanks dude! Rubber side down.

I asked Kenny if he happened to have a flyer, because if there’s one thing I know people who read web logs about bicycles and tennis balls love, it’s flyers.

Naturally being the Sweathog that he is, he didn’t have one, so with my ample time, I spent all of about 45 seconds making one for him.

Because that’s what kind of blogger douchebag I am.

Finally, in closing I offer you this correspondence from one Mr. Jones; I can’t tell you how excited I was to see this. Especially given the fact that the house across the street from the Westboro Baptist Church is now the gayest place in Topeka.

Whether we’re singing to our cats, helping kids be awesome, or making fun of hate churches, it would appear as though we’re full steam ahead, and for that, I couldn’t be prouder.

Oh, hold the phone. I have one more item I’d like to share that is of huge importance. At the eleventh hour of writing this post, it came to my attention that the US government and Monsanto (see: the most hated corporation in the world) have taken one very dangerous step together which will ultimately have hugely dangerous ramifications on the food we eat; 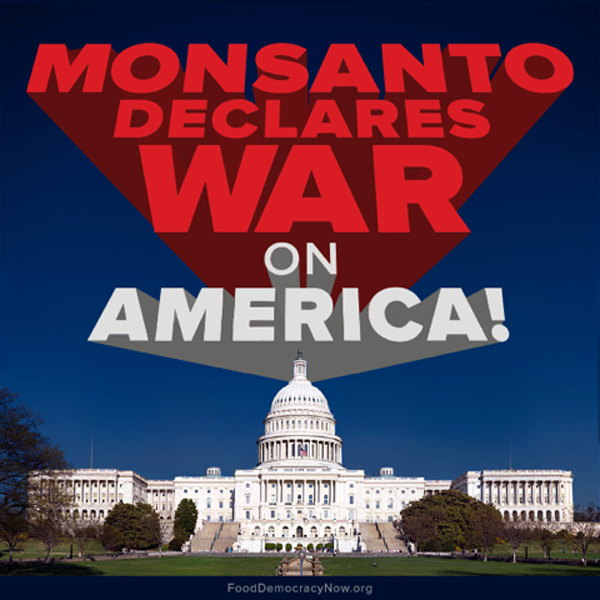 As the risk of being an alarmist, I encourage everyone reading these words to make contact and either send an email or pick up the phone and call the White House at (202)-456-1111 or the Congressional switchboard at (202)-224-3121 and simply say that as a citizen of this country (or of this planet, for that matter), you absolutely do not in any way, shape or form support The Monsanto Protection Act.

It’s crucial that we make our voices heard before President Obama puts pen to paper and HR 933 becomes law.

It’s with that, I’d like to mention that there will be no blogness here on Monday, and I will return to regular programming on Wednesday the 27th.

Until then, you’ll have to fist hump, air pump and any combination thereof without me.