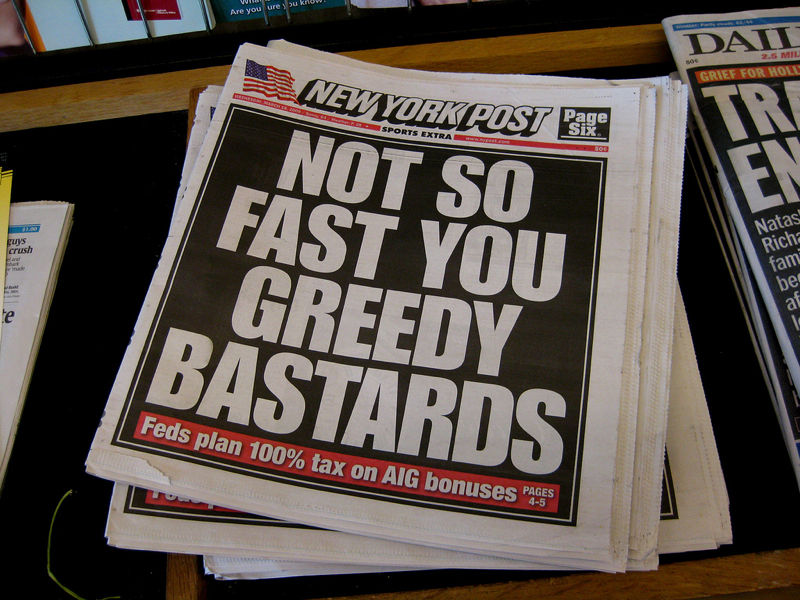 But I don’t think any of y’all are greedy. In fact you can take as much of me as you care to.

Let’s get right down to business with the standard array of hodgepodge and nonsense with a not so subtle reminder of why besides Lance Bass, Lance Mountain is the only Lance who matters;

I do loves me some quality pool skating, and no one does it better that he.

Hey, so at this stage in the game, you’re well aware that with their New Road line, Maximo Supremo residents, Giro has thrown their hat in the Raphaesque soft eyes and sensitively curated beard ring; 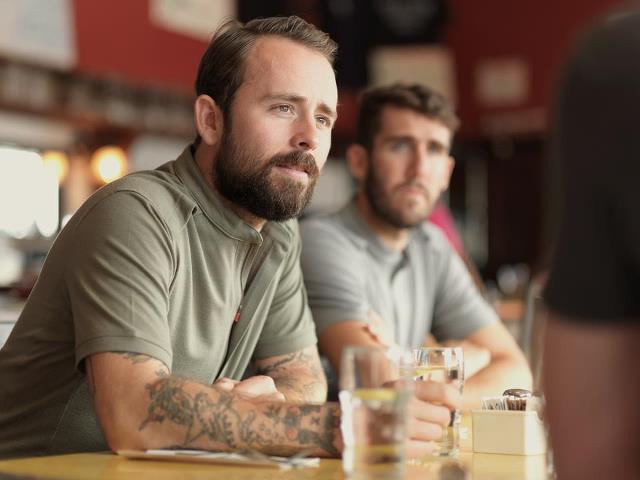 (I will bet one thousand dollars that they’re both thinking about different Morrissey songs.)

It was just the end of last week when I was notified Huckleberry Bicycles was set to host the official Bay Area launch for the line, to which I was invited.

Thus far I’ve missed out on invitations to The New Road’s launches in Portland East, Minneapolis West, as well as Los Angeles due to conflicting travel plans, (that, and I couldn’t decide what to wear), but when I heard one was happening like, practically almost where I live, I put down my hotdog and ran out the door.

Well, despite the fact that I have neither soft eyes, or a sensitively curated beard, and tend to lean on the side of wanting to mercilessly mock those who do, Giro did me a solid just the same and left a fancy wooden box behind the counter for me full of the new wares; 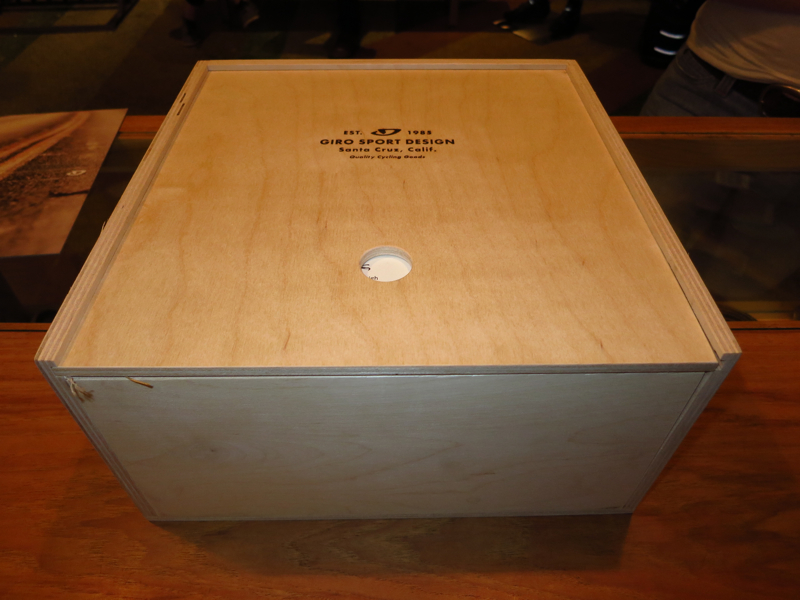 And after taking some time to savor the rich and intoxicating wood box smell, I cracked it open to find some stuff wrapped in paper; 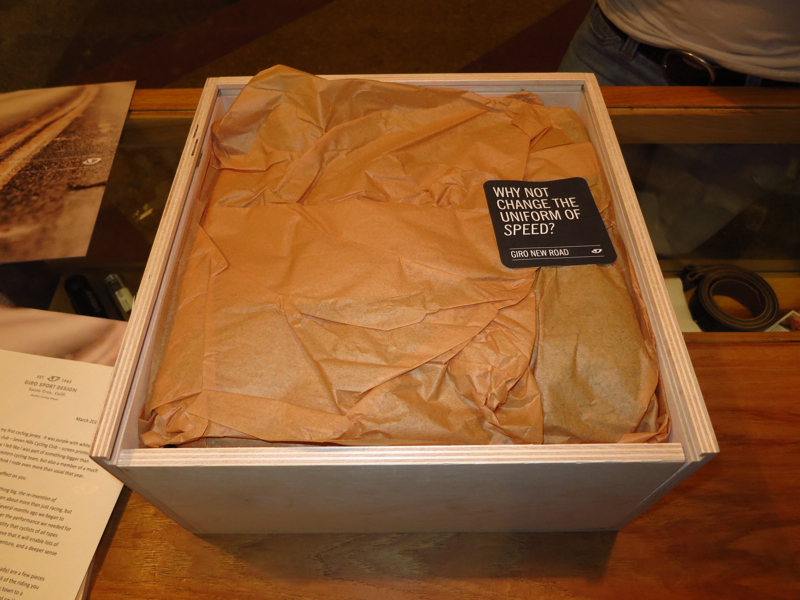 I don’t know about you, but when I think of a uniform for speed, I think of this; Though I could plainly see that this little box was far too small to pack all of that hardware in, so I delved further; 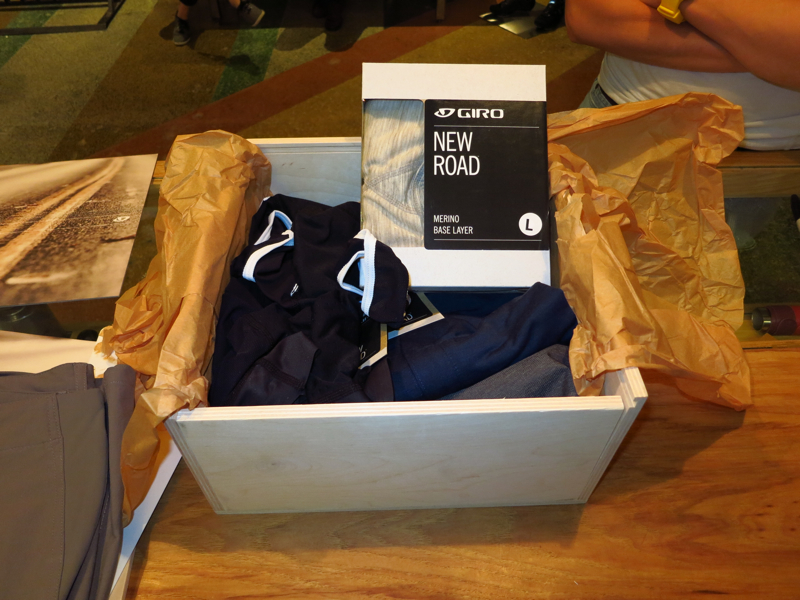 Contained therein was a sleeveless Merino base, a Ride jersey, a Waterproof Jacket, and one each of their Bib Undershort and A 40M Tech Overshort, unfortunately, both the latter two of which are just about big enough to fit on my left ball.

The larges in all of the tops worked out like a champ, but the large/34 waist bibs and short combo were hilariously small for my bottom half which I’m learning day by day is disproportional to my upper half.

Ironically, or not, but possibly because I’ve been confused as to what the exact definition of the word is ever since that Alanis Morissette song, I had arrived to the New Road/Huckleberry party from attempting to pick up a suit I had just had been fitted for a week earlier. Not just any suit, but the kind that, to quote a conversation Loudass overheard between to recent parolees regarding what kind of suit they were going to buy, “the kind that fit me best“; 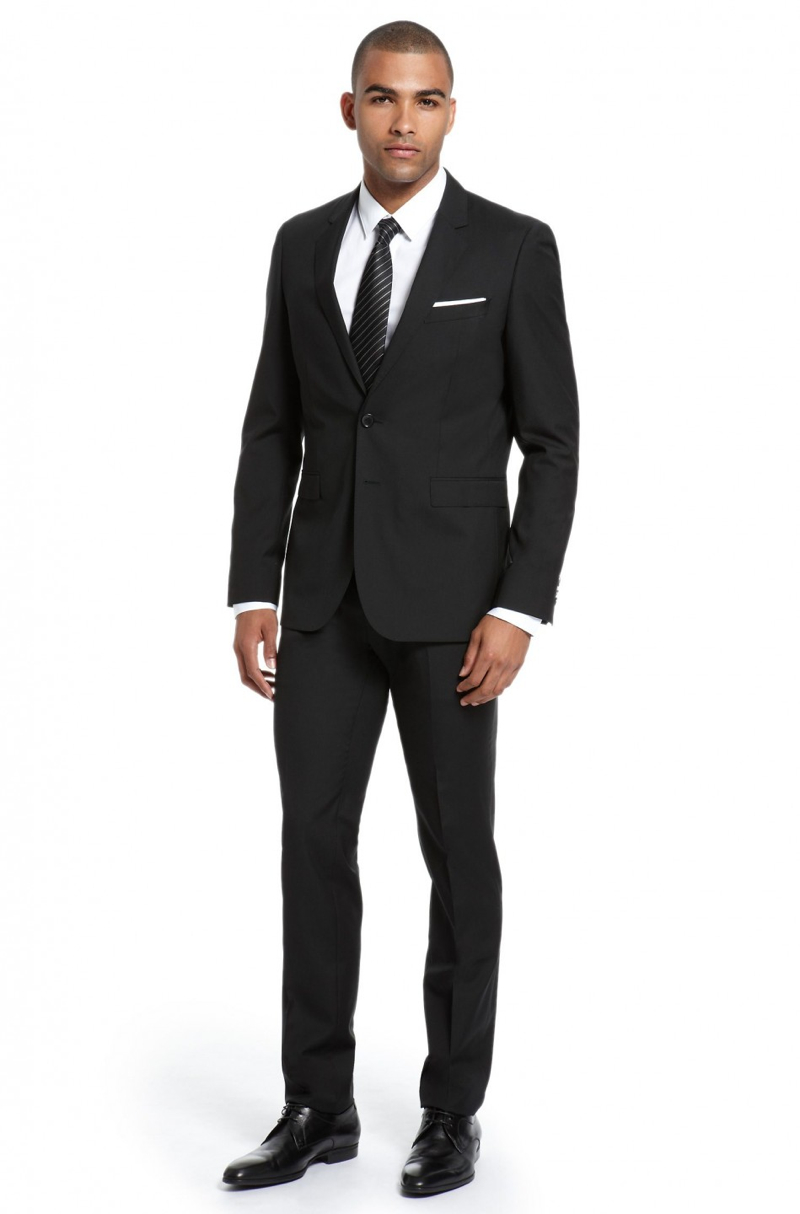 My new jacket was right on the money, and I looked forward to wearing it while standing on the shore looking at other people in suits aboard yachts.

The trousers however weren’t what I’d had in mind. Then I tried another suit on, (one that was a new style that they’d only just acquired), and this time both the pants and the jacket sang together in harmony. My thighs and my ass, and my shoulders and my monkey arms all met around a big round table and agreed that they would put aside their differences for the sake of fashion, as the smiling Chinese-born career tailor made his marks with the chalk and between telling me stories about his thirty years tailoring suits for the store in which I was standing, he made fun of my large hip to knee area.

So it’s no surprise that Giro’s short-pants and skivvie-bibs, although possibly mated to the sized tops I received, don’t fit me in the slightest.

However once I get this straightened out with them, (assuming they don’t immediately sever ties with me after today’s post), I very much look forward to wearing them while riding across vast, and picturesque landscapes, the sun setting in the distance, as the scent of my own pomade intoxicates me and the song of my carefully cropped beard floats on the wind.

And most definitely speaking of which, Corndog from Dank Bags and more importantly, the Dank Cüzie Of The Month Club sent in a photo set of his own artisanally crafted face friend; 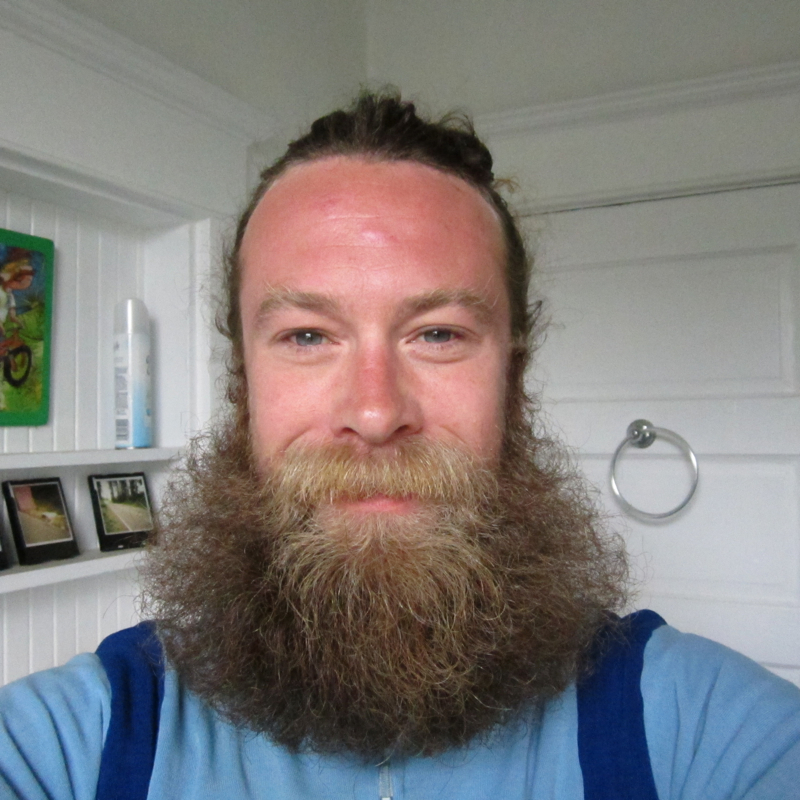 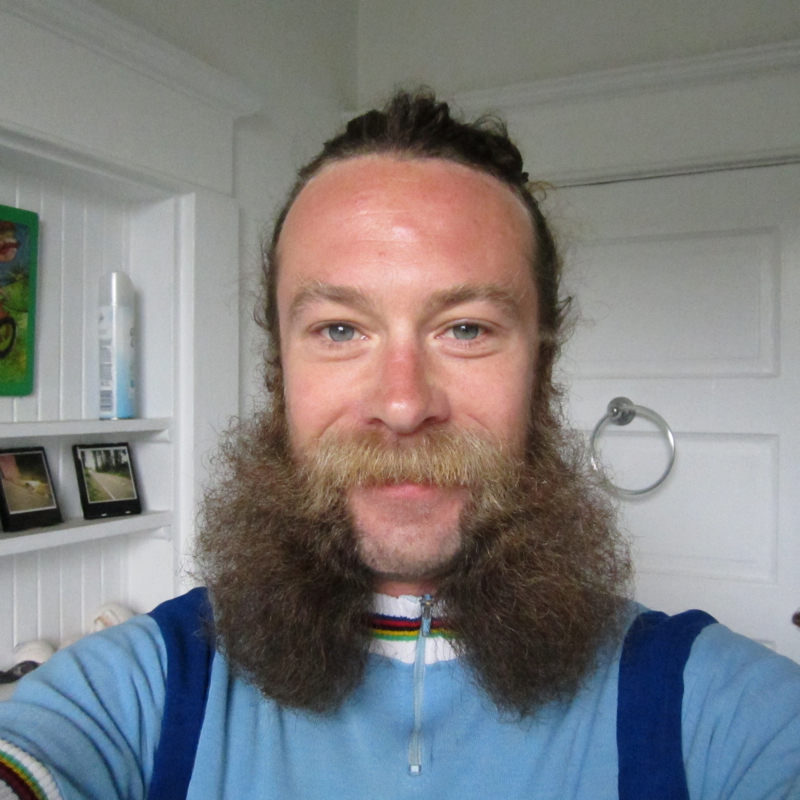 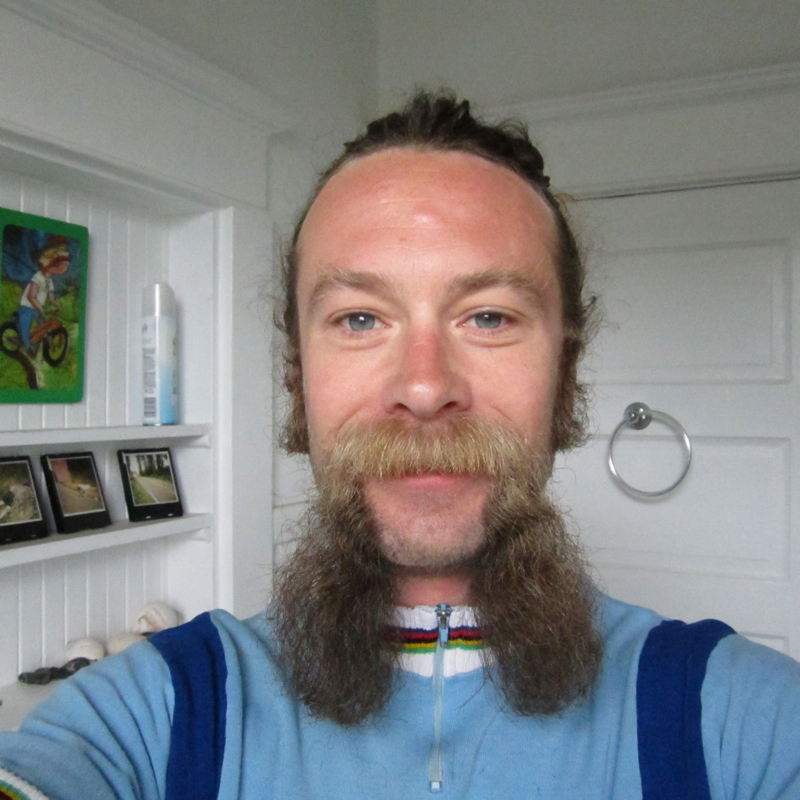 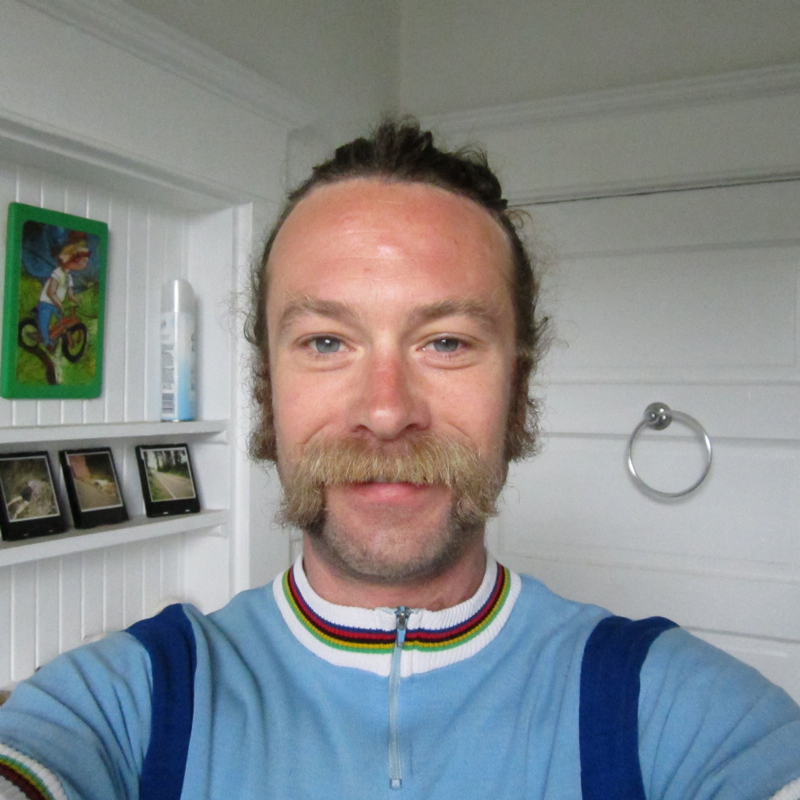 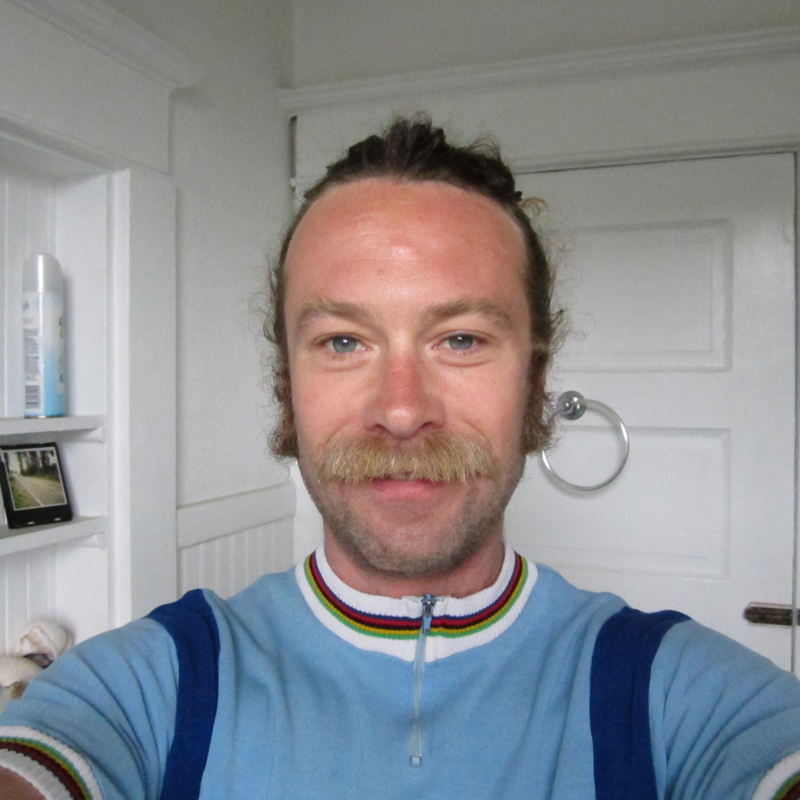 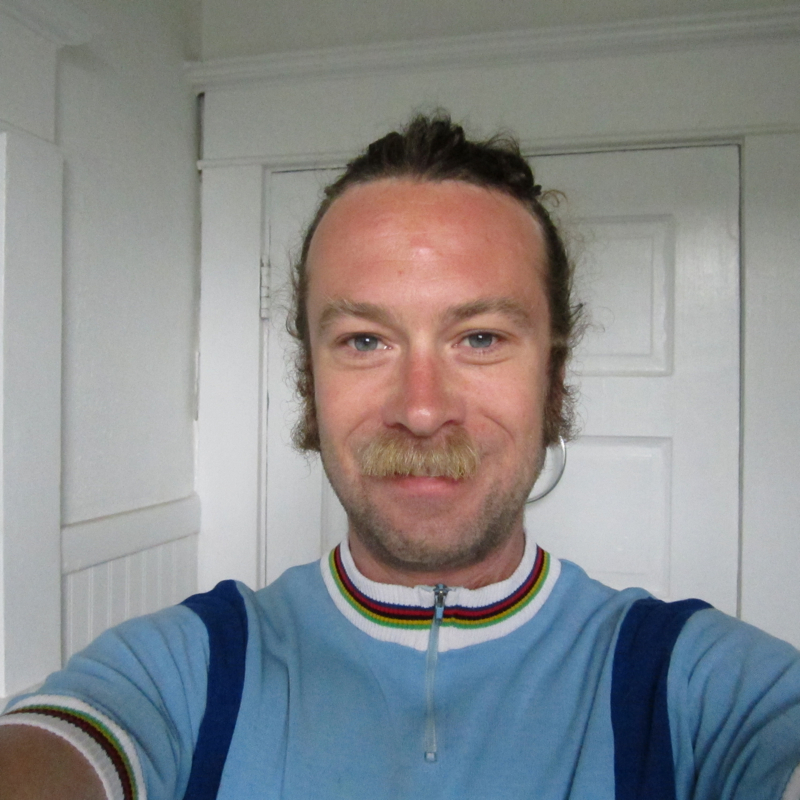 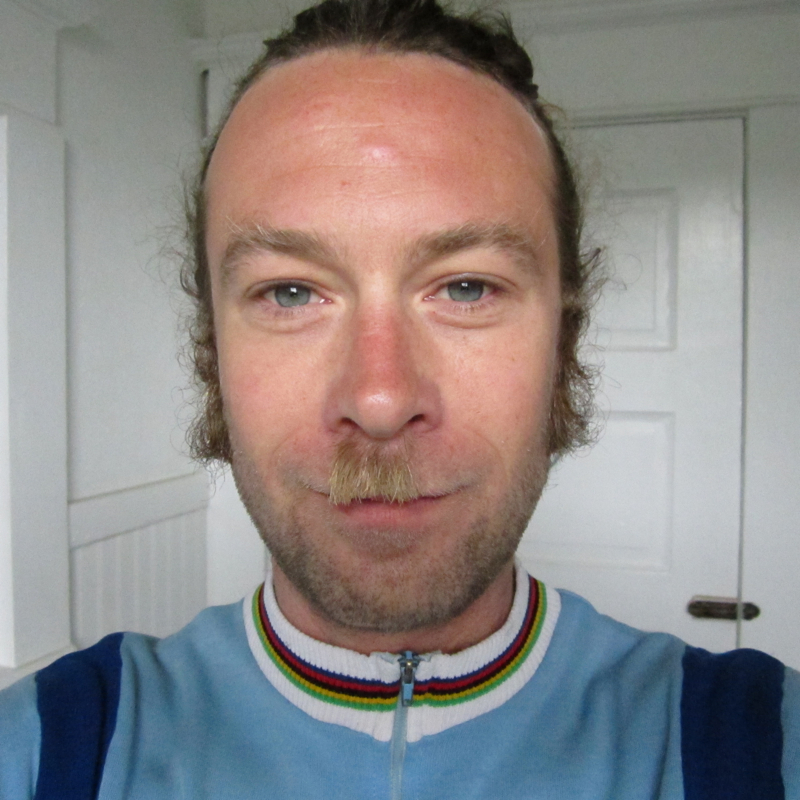 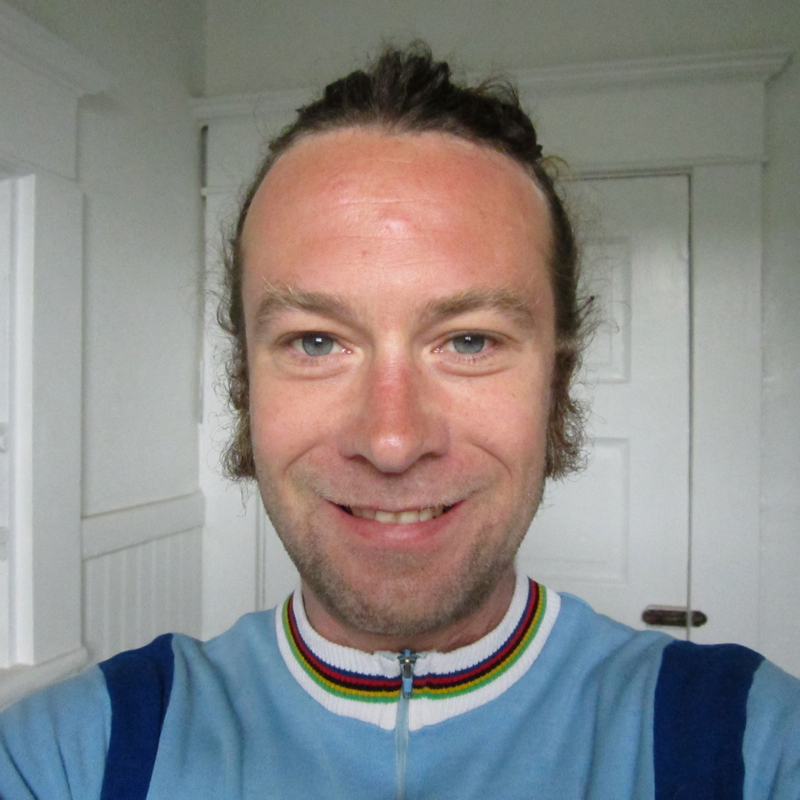 Who the hell is that young go-getter?

I’d be lying if I said that the last two didn’t make me feel a little uncomfortable. Between the crooked Hitler, and the sense that he was moving in for a kiss, I had to step outside and clear my head.

In closing, I will shine a spot light on an item that you might yourself have an interest in, being the newly released Mobile City long sleeved wool jersey, shown here on Mr. Mobile City himself; 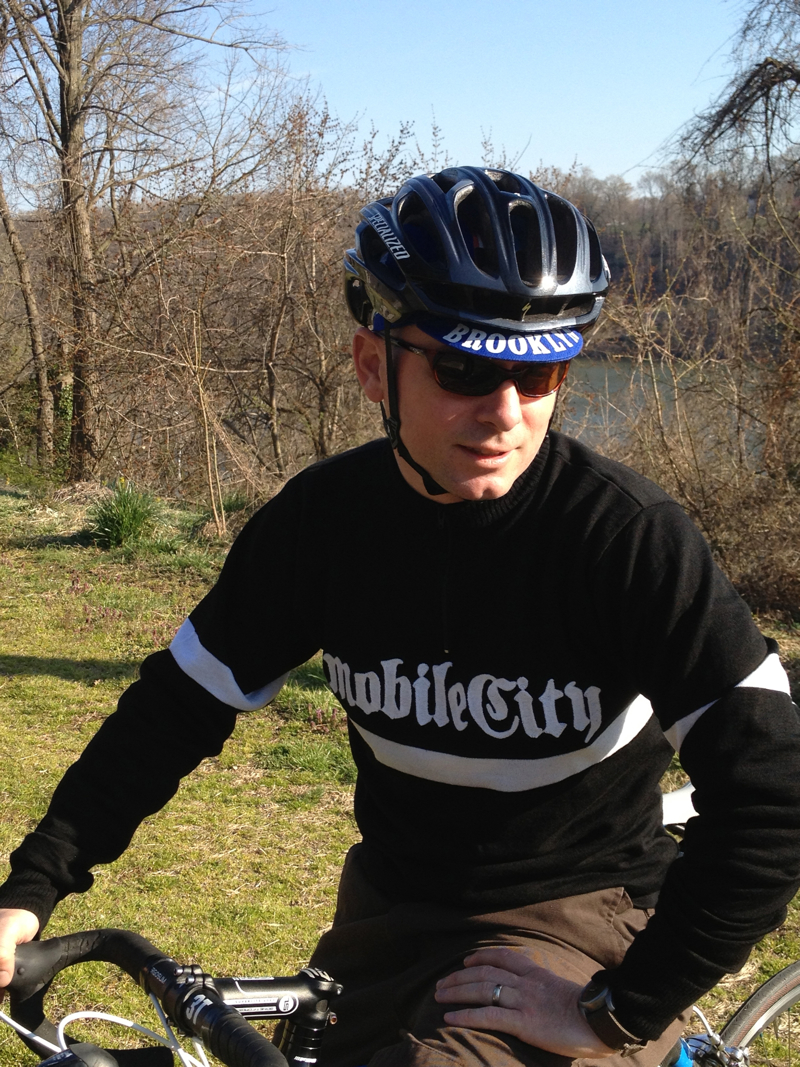 I asked the boss-man how folks might go about procuring one for themselves if they were so inclined, and he responded kinda like this;

“Folks can get one by contacting machinewilkins(at)gmail(dot)com and I’m selling them really cheap: $110 including shipping.

You can use this photo or one of your own if you care to share.

Thanks for your ongoing support and comradship in the punk/bike/art/zine/and now internetted world.

Why, Stevie even laid one on me for my very own wearing pleasure, shot by and procured from Brian Vernor’s Flickr page; 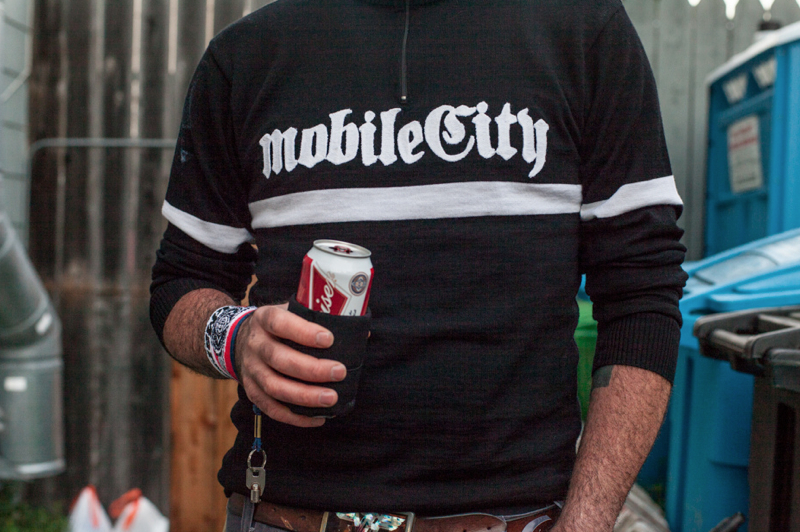 I very much appreciate Stevie’s generosity, and the garment has fast become one of my favorites.

Over the course of his life, he may have been called many things, but in this instance anyway, a greedy bastard isn’t one of them.