It’s time to get down, amirite? 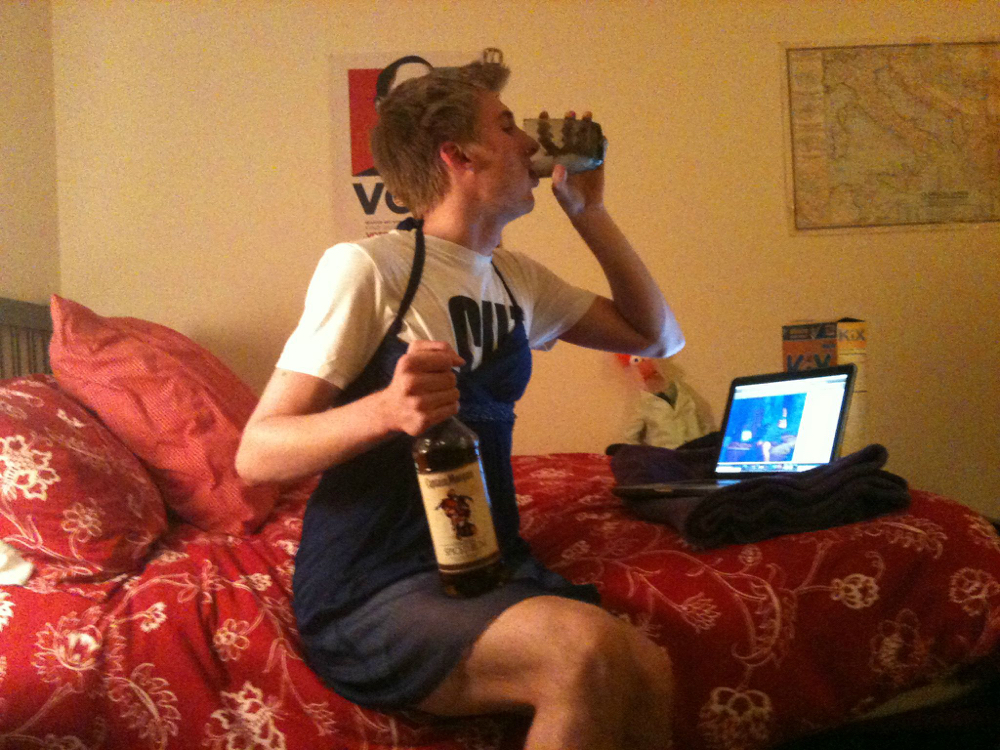 I have a fair amount of stuff to get into today, so set down your coffee, get your clicking finger and reading eyeball balls warmed up, and let’s get cracking.

Firstly I have a couple items from Cranpa of FBM. The first is a correspondence I received some time ago regarding a friend of his who’d just published a book.

“My buddy Matt just published his own book called ‘Collapsing Into The Whatever’. He had a local print shop make it and found someone to help format it to print. It’s modest, but really cool. He’s working at Profile now. Hit him up at matt(at)profileracing(dot)com if you’d like to track down a copy.”

Being that I was all out of reading material at the time, I did Cranpa’s bidding and shot old Matt off some dough and an email introducing myself.

Before I could say “I’m pretty sure I misplaced my Holly Hobby bookmark“, my very own copy arrived in the mail; With a nice little inscription; “Steve“…. Nobody calls me that but my parole officer.

Anyway, not being as voracious a reader as I’d like, it took me a month and a half to read at all the way through, but just the same I thoroughly enjoyed every minute of it. Each chapter is a journal entry from his life touring with punk bands, the trials and tribulations of being a human, various experiences with Johnny Law, family life and so on. It is unflinchingly honest and really, surprisingly well written. I suppose I say that because I wouldn’t have imagined that someone from the trenches in which we all live could be capable of executing such articulate prose.

Of the various books I’ve read in my life, this lands in the top five of my favorites.

For more insight on the motivation behind it, as well as a bit more info on who Matt is as a person, you can check up on it at The Least Most, and then feast your eyes on what he does when the typewriter is packed up;

I’m proud of both Matt’s efforts, and the fact that I now find myself lucky enough to be flirting with his orbit.

Secondly, from the FBM camp, I received this following slice of this and that pie;

Breakfast BMX vibes…. For you to view- one video from Orlando Florida in our buddy Trey’s backyard-

Another video of some trails and such filmed by FBM rider Eric Hennessey, He also scored the soundtrack himself while pirating power out of an electrical box with some alligator clips and an extension cord;

Hope all is well in OAKland, tell MC Hammer hello for me.

Word to the motherland.
Cranman”

While the world is an ever evolving swirl of chaos, I again reiterate that FBM, and their compatriots hold the key to all that which is just and good.

In news of stretchy pants and speedcycles, regardless of the fact that training camps for that particular discipline are still a month or so off, I feel inspired to (re?)post this video shot at last summer’s Manhattan Beach Crit by the handsome and talented Rahsaan Bahati;

Maybe the speedcycles aren’t your particular up of tea. I can appreciate that, but for anyone who’s ever sharpened their elbows in something even as informal as a pickup crit, there’s no denying the pucker factor of the second half of this clip, and the quality insights of Rahsaan himself.

Any time I feel like a small shot of adrenaline, but don’t feel like putting on my pants and leaving the house, I always have this to fall back on.

Plus, it’s got Adam Myerson’s ass; 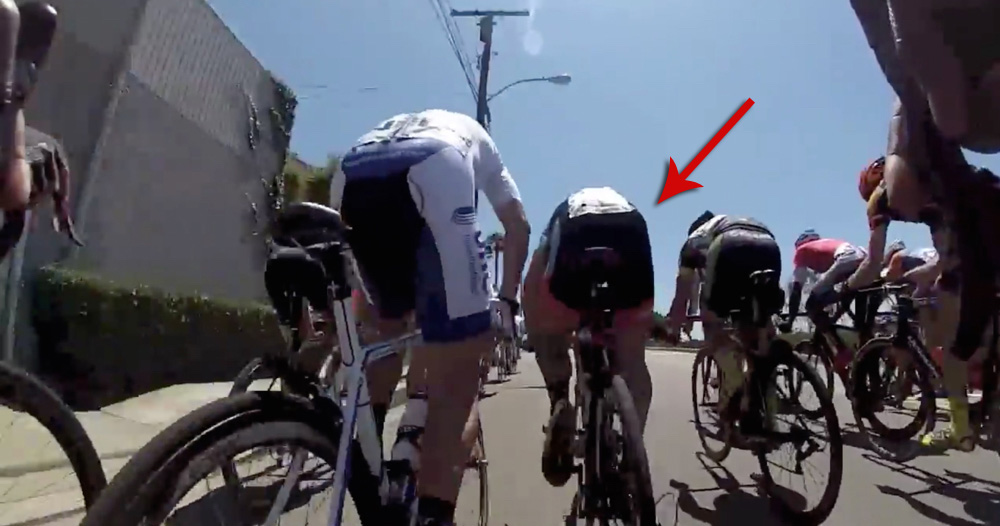 Or likewise, this sampling from Matt;

Assblaster. The man who breathes like a fish, Gill. 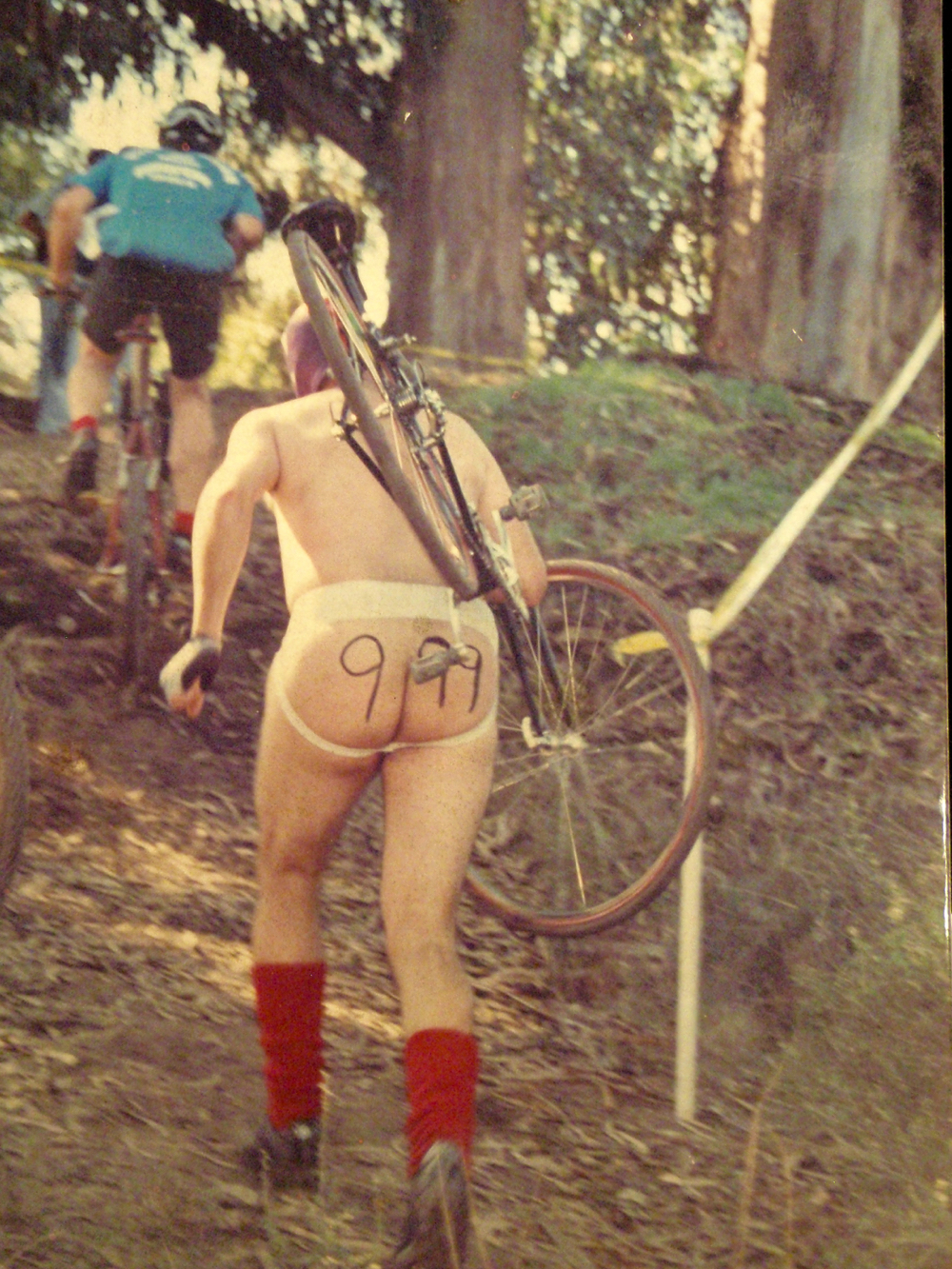 In news not relating to asses specifically, but rather the plight of a young fellow who was victimized by some people with their heads up theirs-

The full(y maddening) story can be found here.

The short version is that an elderly man hit a bike rider, critically inuring him. Following that, a bunch of thugs rolled him, and jacked his wallet and whatever else seemed of value.

Thankfully, and as much as I generally don’t care for Go Fund Me, a crowdsourcing page has been set up for both Greg and his mom, (both of whom desperately need the assistance), which will hopefully offset what will assuredly be a tremendous financial burden. If you have a five or ten or twenty spot to throw towards the cause, I know it would mean a great deal to them.

Certainly the people who victimized him were terrible, but we can restore some semblance of balance by showing his friends and family that there are still people who are not.

Now if you’ll excuse me, I have a fresh bottle of Captain Morgan, and the internet to tend to.