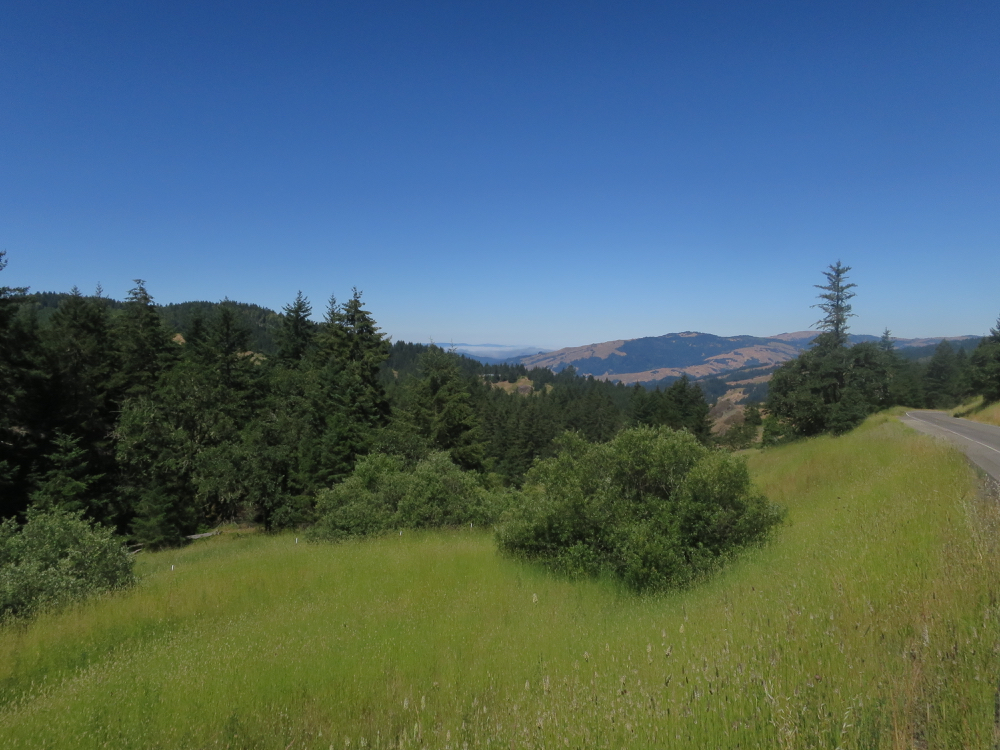 When last we were together I’d mentioned, or perhaps just alluded to that after last year’s illnesses and injuries, coupled with a thicker base layer of household stress than anyone should contend with, Amigoman, Demonika, and I all loaded up the truck and took off to points north, then to points east, then south, then west again.

It wasn’t the trip to Colorado that I’d originally envisioned, but as it turned out, it worked out real well just the same.

Due to the fact that really the only form of connectivity I had access to was a phone, I dabbled with chronicling the trip with it alone, and for the sake of brevity, (though with an additional thought or photo thrown in randomly for good measure), I’ll regurgitate the images and a bit of the commentary from there, here.

In no particular order, I’ll now list various steps I took in the reclamation of some semblance of sanity, the first being to avoid the Zika virus. Ain’t nobody got time for tiny heads; 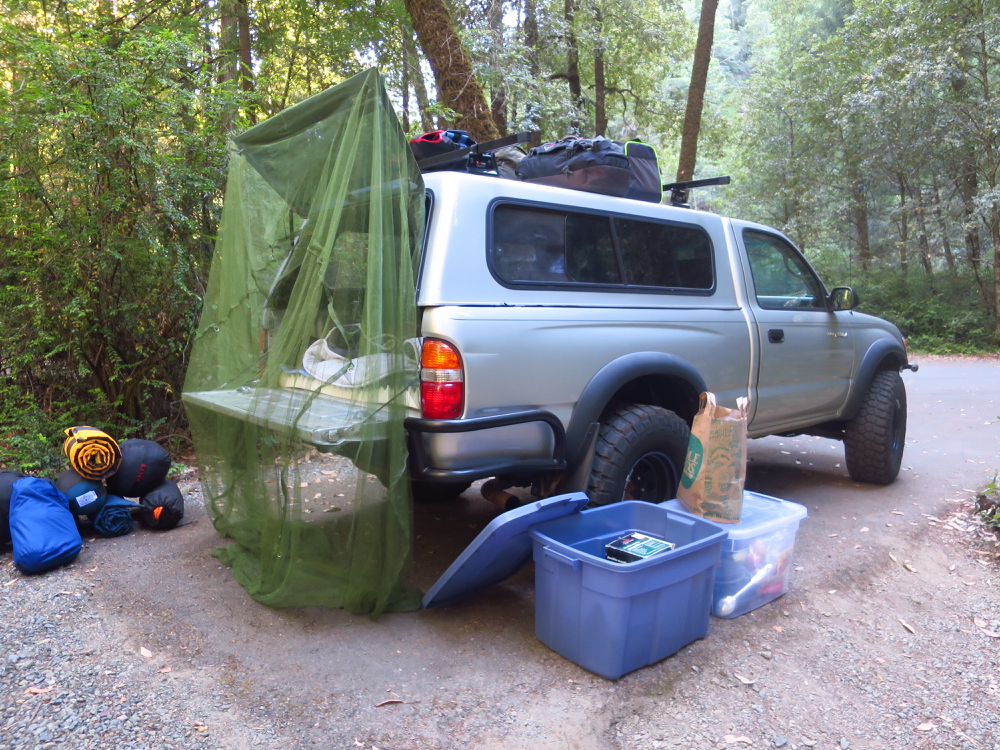 The mosquito net was a life saver and as soon as the gear was unloaded, was the first thing handled.

I still have bites on my bites, and most likely some low level blood poisoning from the amount of repellant I used, but the netting proved to be one of the top five most important things I brought with me after bikes, beer, food, and pants.

Step two in reclaiming one’s sanity- Look upon something greater than yourself, think about your dead friend who was real partial to this view, lay on the ground and trip out on birds, fart in a sleeping bag, or any combination of the four; 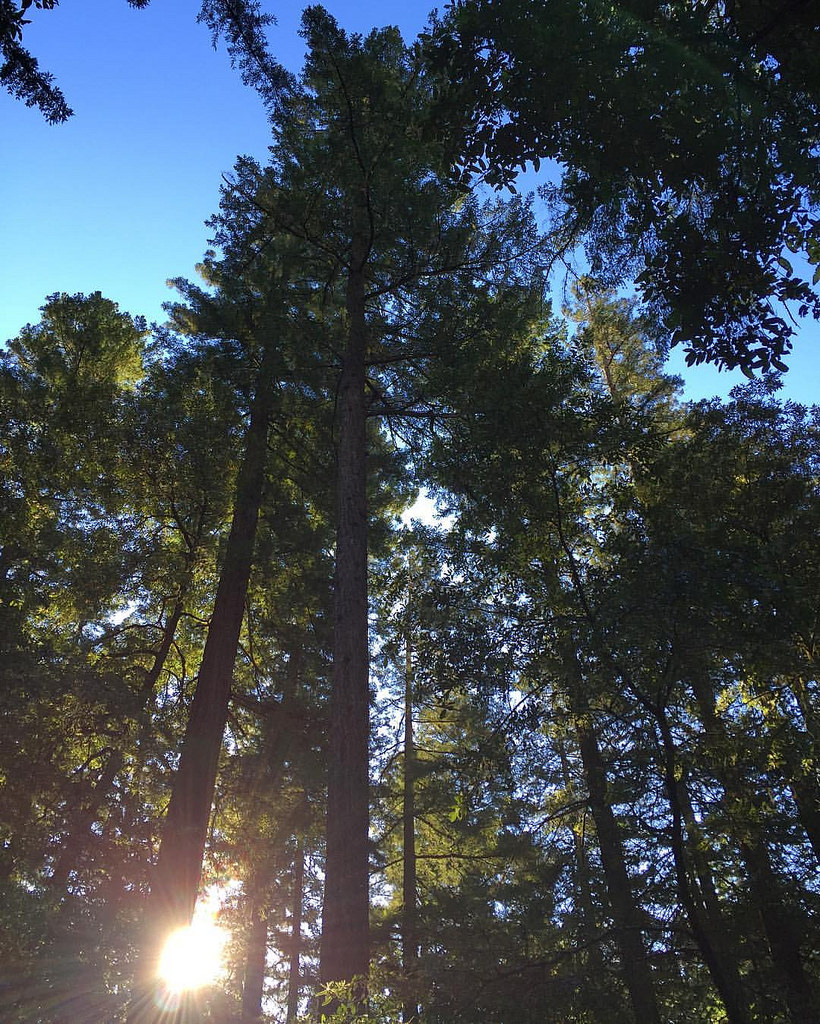 Step three in reclaiming one’s sanity- Get baptized with a German mermaid. Or if you will, a ‘Germaid’; 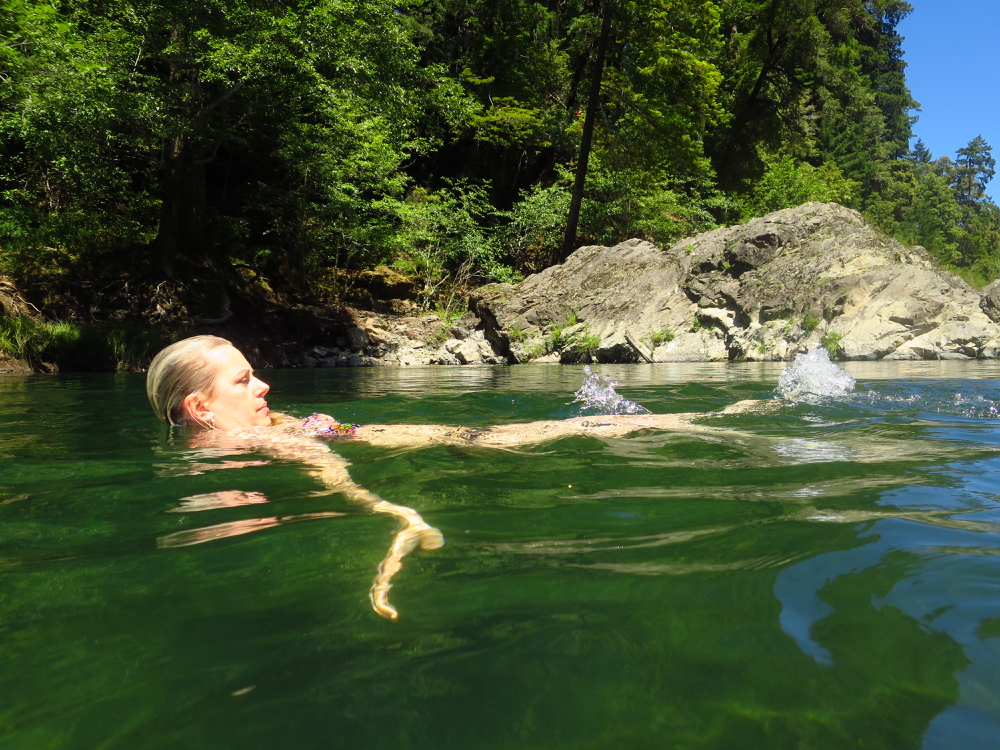 Step four in reclaiming one’s sanity- Make note of the saying ‘all who wander are not lost’, and then get wandered as fuck looking for this one IMBA epic you heard about one time, which then after finally finding it, you proceed to ride backwards resulting in about 100% climbing. Then, do it again the next day, but the right way. Also, drinking sixty beers in three days is cool too; 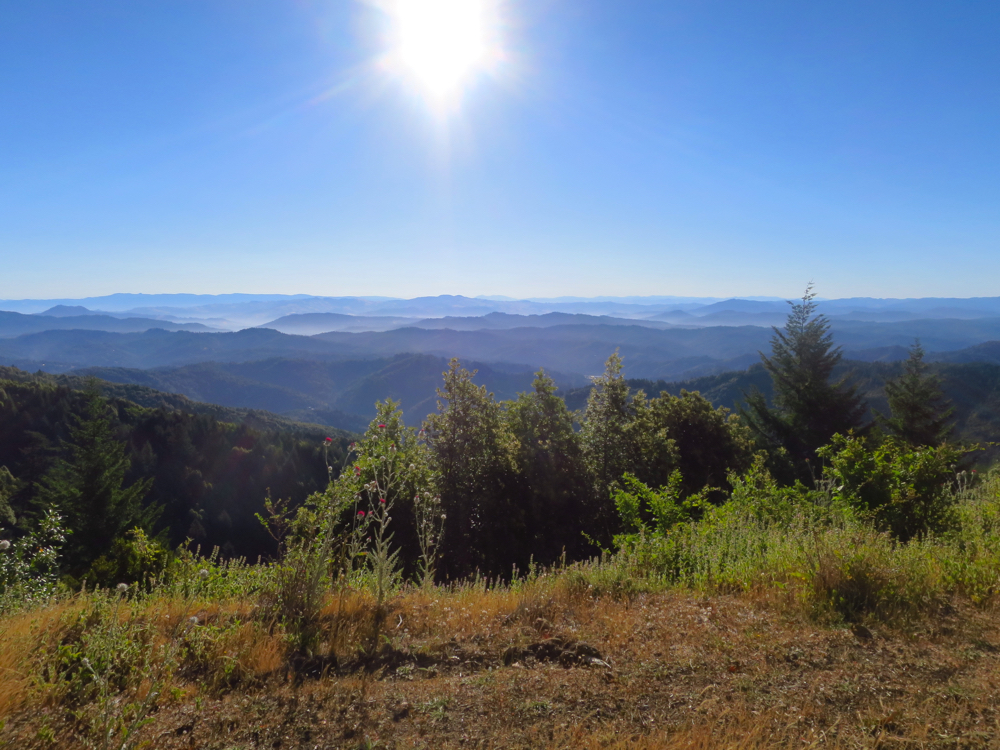 Step four proved to be a bit of a clusterfuck, as we left the redwoods and headed for the previously noted place in the mountains above the lost coast called Paradise Royale; I first heard of this spot five years ago, which I believe was shortly after it was initially completed.

It’s listed as one of the I.M.B.A. epics, and for good reason. Included along with the twelve miles of purpose built singletrack is a terrain park, all of which is accessible directly from the campground.

Naturally, as I said, the first day I rode it I did so in reverse, which offers far more climbing than is reasonable. The following day however, I rode it the proper way thereby making up for it; 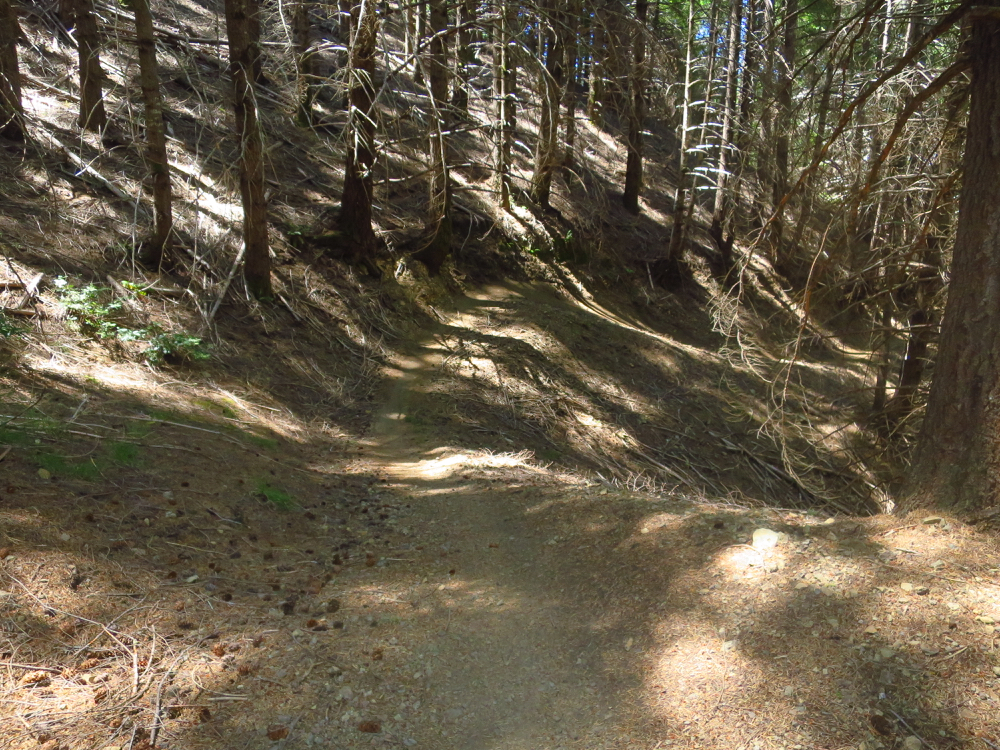 Both of which were concluded with a shower beer; Step seven (apparently I lost number six somewhere) in reclaiming one’s sanity- Grip it, rip it, and almost in the spokes stick it;


Come to think of it, number six mighta involved something relating to posting a nude photo of yourself on the internet; Anyway- Step eight in reclaiming one’s sanity most certainly involved choosing a copilot with whom you would be able to share secrets; 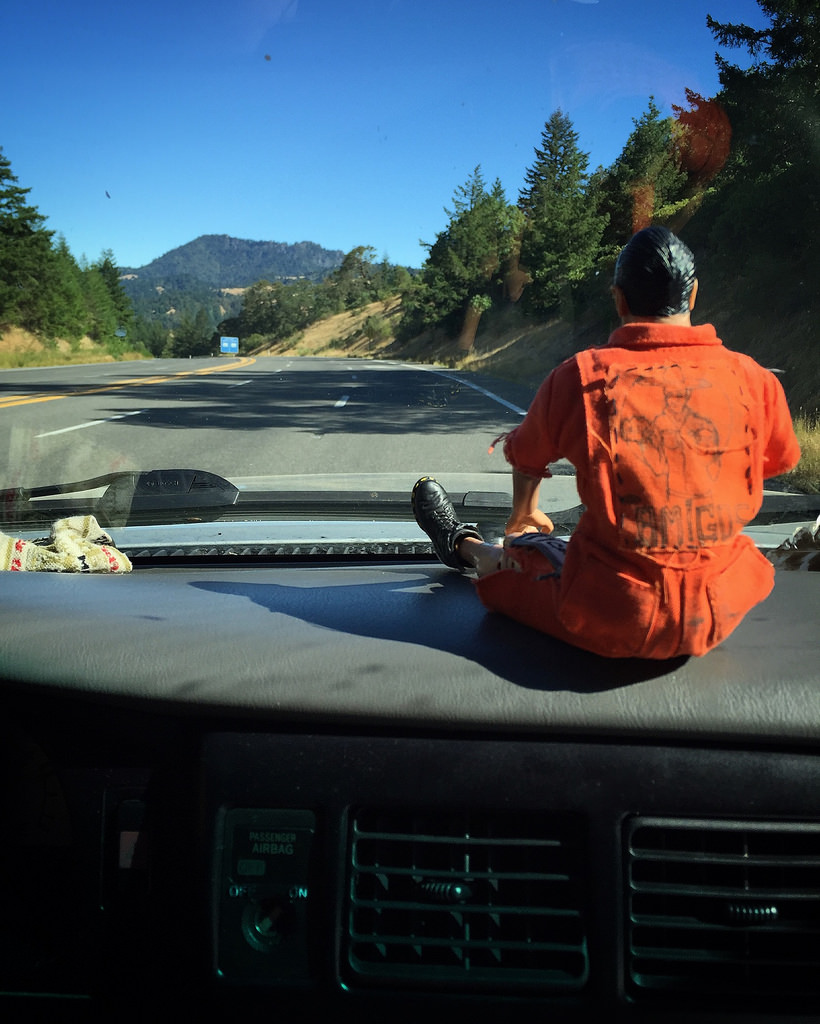 If memory serves, step nine in the reclamation of one’s sanity was to make new friends; 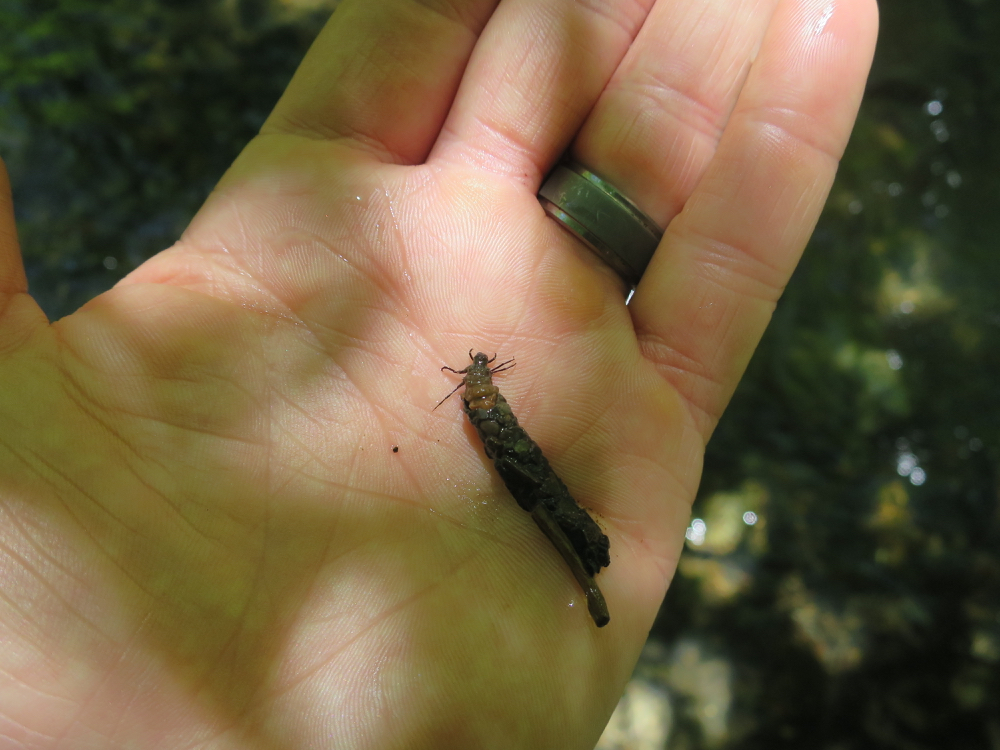 This is a caddisfly larvae, which I’ve come to learn is a creature closely related to a moth.

Ever since I was a very little fellow, I’ve been fascinated by these characters, and being that I spent most of my younger days in creeks, became very familiar with them.

Perhaps in my last life, I was a caddisfly.

Which doesn’t necessarily bring us to step ten in the reclamation of one’s sanity- Polish your diving game; 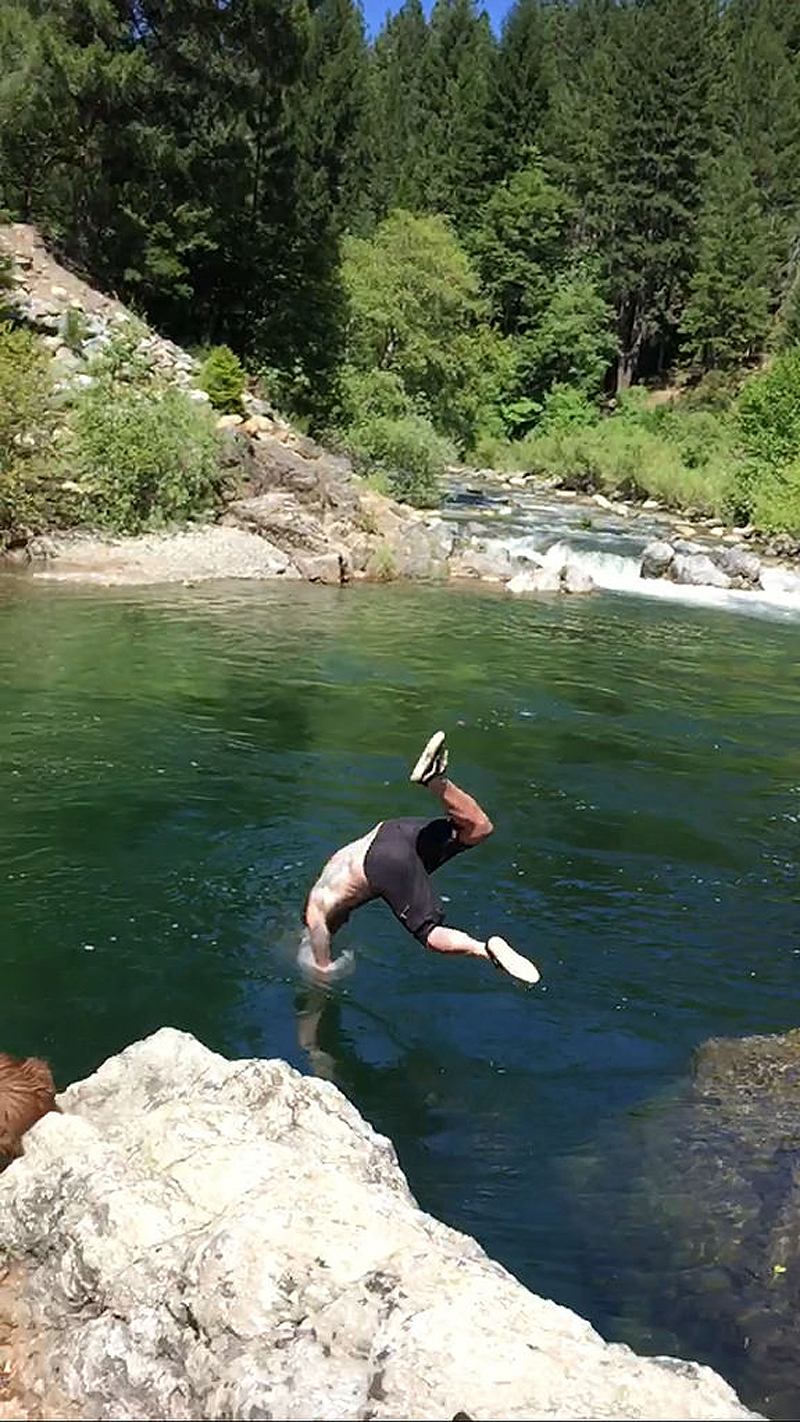 Mine clearly needs some work.

Step eleven in reclaiming one’s sanity, which I believe is closing in on the conclusion of the list was as follows- Find a quiet place where you can be alone and focus on your pulse. Think about what it means to be alive and while all of the banal bullshit of the day to day doesn’t matter, it still does, because that’s a part of being a human animal. Think about the way your dog or cat smells, or the sound of your kid’s voice. Think about the last conversation you had with somebody you loved before they died. Talk to your parents, or your grandparents. Breathe deeply, and make a commitment to be a better person. Or to eat more bacon. Or to make a tape recording of all of your farts for a year. Or whatever. I don’t give a shit. It’s your life. Reclaim your sanity how you gotta; 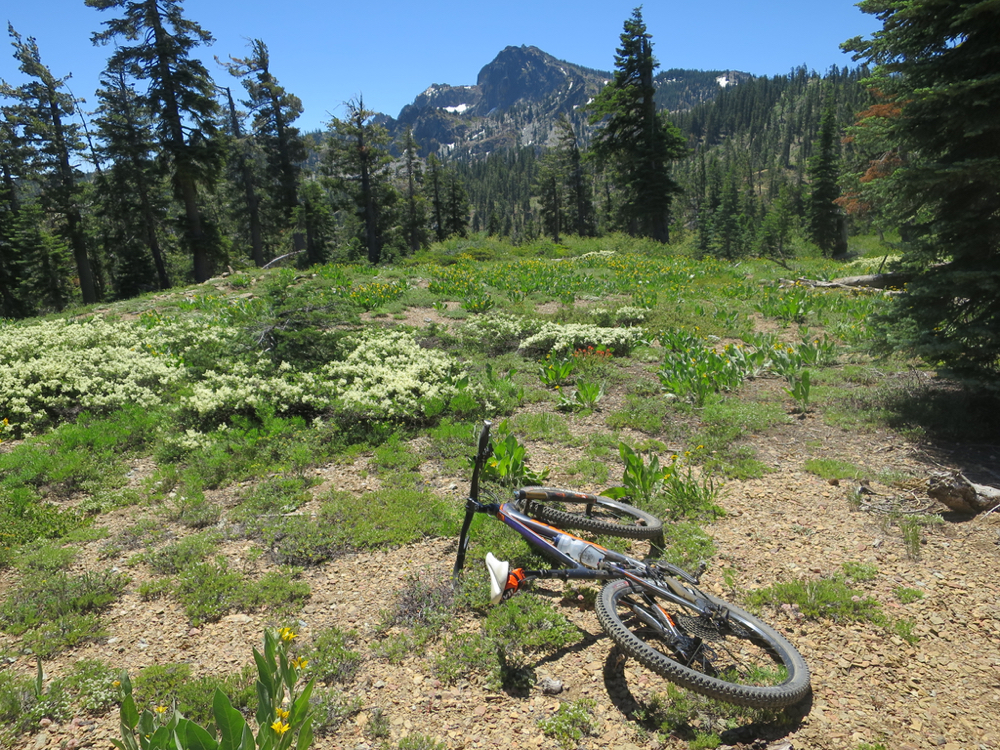 The final two steps were real simple. One involving the reclamation of sanity, and one being the maintenance of it.

The former is to bring in a crackerjack house/dog/cat sitter to hold your fort down while you’re off galavanting around.

My preference for the job was none other than Corndog ‘Dank Bags‘ Bennion himself; 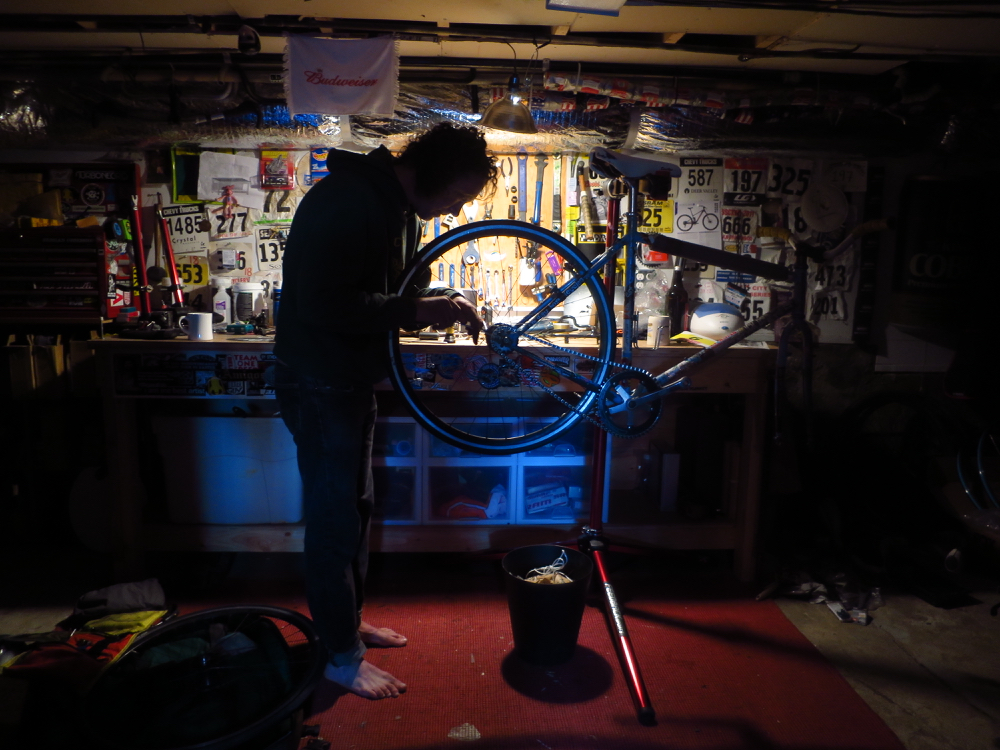 Upon my return, my house was clean, and my shabby little cat was happy and well loved.

I couldn’t have asked for anything more.

The aforementioned step involving the maintenance of one’s sanity I briefly touched on in other corners of the internets, but the short version is that if you should find yourself out running around them hills looking for piece of mind, some flowers to smell, singletrack to explore, and a few choice rivers to jump into, don’t be shy about doubling, tripling, or quadrupling your cables and locks on your bikes, because as you take a dip in one of your favorite swimming holes, you never know what sorts of scumbags might be lurking around; 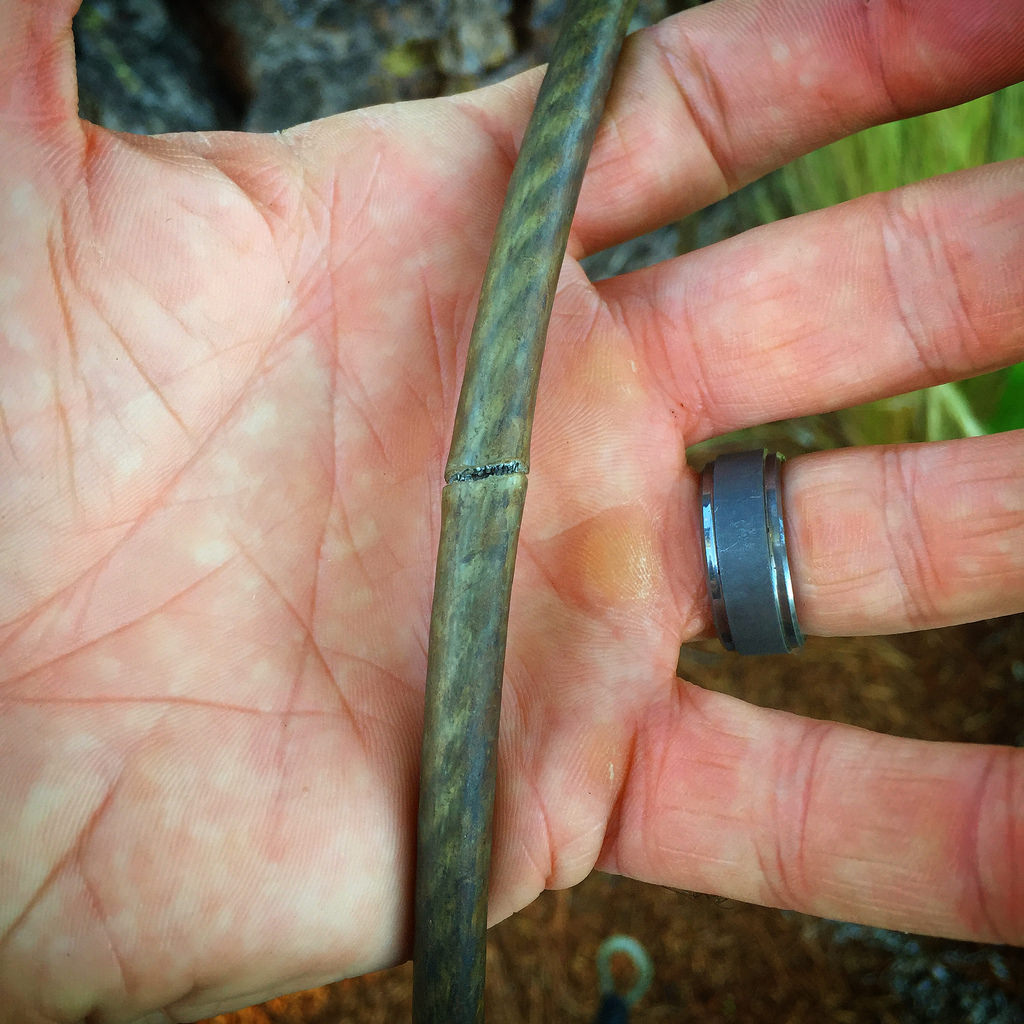 Fortunately for me, the offenders had weak hands and dull snips.

Fortunately for them, I didn’t happen to catch them in the act, because while I had certainly found piece of mind and an overwhelming calm in among the twelve steps, I would never be above dishing out some grievous bodily injury to an individual attempting to liberate my bikes.

Out there in those expansive horizons and open spaces, there is adventure and solace in spades, but in that instance, there are also more than a couple of places to hide a body.

11 Responses to “We had nothing before us but the horizon, and a whole lotta open space.”