Today is a new day in which we can exchange some information that I’ve labored to present, because try as I might, these thrice a week declarations refuse to write themselves.

Firstly, it is with a very heavy heart that I say goodbye to a friend who recently left us far too soon.

Homie, ace mechanic, and indelible figure in the Sacramento cycling scene, Zach Waddle passed away on Friday due to complications after cancer treatment.

I don’t have any words.

He was a solid human being, with a smile that made you feel good, and his absence is one that will be felt for as long as any of us whose lives he touched will be around. Perhaps his job here was done, and though it’s indescribably difficult to say now, maybe it’s a blessing that his suffering wasn’t prolonged.

The one thing that I know absolutely is that his impact was an expansive one, and his kind and gentle nature will be sorely missed; 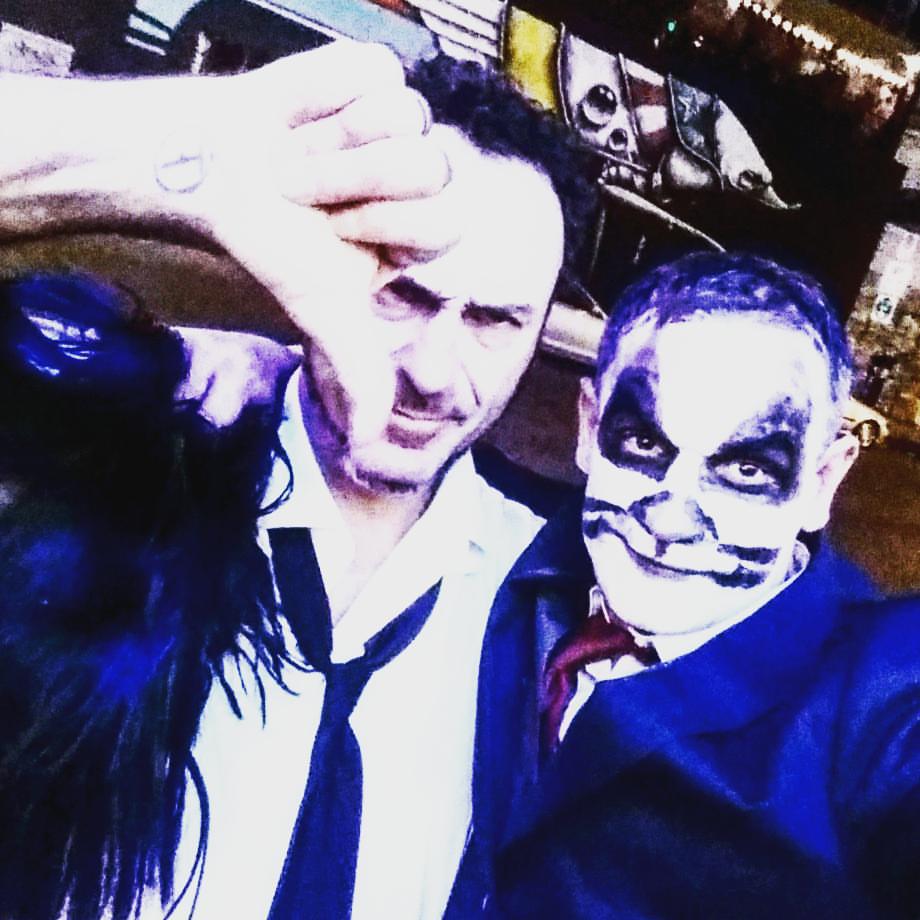 Hugs and high fives forever, and we’ll catch you on the other side.

Circling back to happier matters, it was on Friday when I discussed a topic which fills me with limitless joy. That of course was the topic of loud, guitar driven music. This is a thing that I’ve loved since the very first day I understood what loud, guitar driven music was. As a matter of fact, I just now am recalling attending a high school talent show with my dad, when I was four or five. One of the acts was a group of four young fellas who did a rendition of Led Zeppelin’s ‘Stairway To Heaven’. I was transfixed, and from that point forward, there was no looking back.

Anyway, in the aforementioned post I was discussing a DJ set that I had tentatively scheduled in HiFi Components’ Interbike booth. As I said it was going to be a set comprised of 7″ records, the bands names spanning the alphabet. I noted I didn’t have an X band. This was not because I didn’t know any, but rather, because I don’t really care for any. Fortunately (and perhaps ironically), while dicking around at my local independently own and operated record store on Friday, I came across a band called Xiu Xiu which will probably properly round out my selection perfectly; So as I said previously, make a note to swing by the HiFi booth and listen to some music. Or like,.. You know… Don’t.

In other news of wheeled related adventures, Paul from Atomic Cycles has sent on some info that while most folks are paying attention to The Olympics, I’d wager to bet is of a far greater importance;

My next thing is the So Cal Single Speed Championship, or SCSSC for lovers of hardcore sxe writing, you can add your own dots or x’s if you want, or not. There may be too much of the going around lately, not sure; 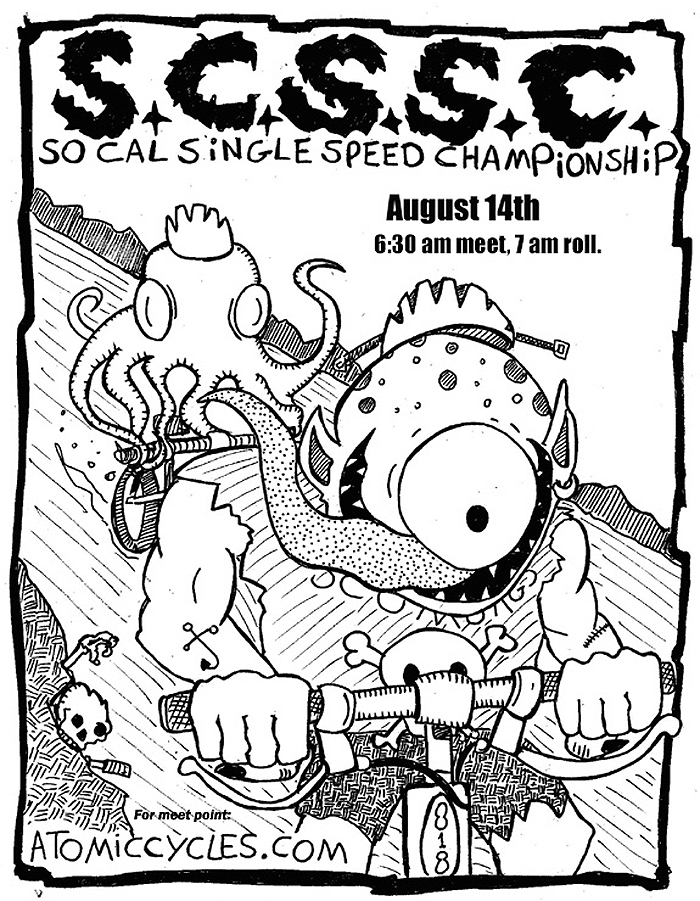 How do I do this thing, to have a championship? Well I just went ahead and made the whole thing up. It should be fun.

Top ten finishers will earn a belt buckle and have to duke it out on vintage 20″ BMX bikes for the final win and trophy made from a Schwinn Fair Lady and the old a-arms off my van, it’s sweet; 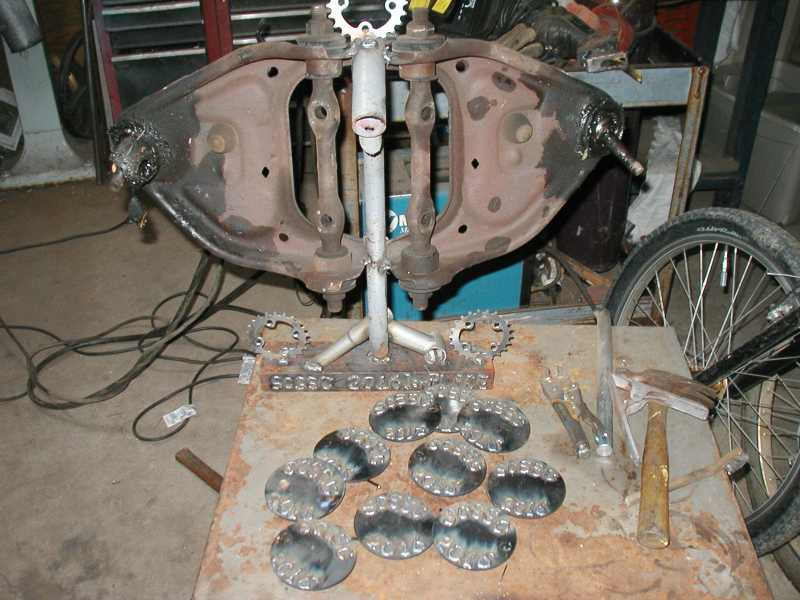 The race is hard with loads of climbing and free, I have shirts for 15 bucks if people want them.
I feed you, provide drinks etc at no cost to riders. Thanks for your continued support. More info at Atomic Cycles.

If you have the legs, lungs, and liver, then you know what to do.

Also, and related to Paul’s derelict efforts, if you haven’t seen the new issue of Dirt Rag Magazine; -Might I suggest you pick a copy up for yourself, if only to read his musings regarding racing junk bikes and getting one over on Wal-Mart, both of which I support whole-heartedly; I swear that magazine just keeps getting better and better. If you haven’t checked it out in a piece, I suggest you do.

In closing, and speaking of not having any money, I got a call to arms from Zac detailing his recent collision with nature which has left him in need of a bit of support;

This is Zac W. from Utah. I’ve come on some bad luck and was wondering if you can help me boost a project I have going. A few weeks ago I decided to go deer hunting on my motorcycle at highway speeds and while I got a deer it cost me my shoulder blade, collarbone and ribs 1-6 on the left side of my body. Basically I am just super stoked to not be dead! Anywho my last employer is being super rad and fighting any disability or unemployment claim and I have two other mouths to feed. I’m not one for hand outs so I came up with a rad little patch in an attempt to bring in a couple bucks. 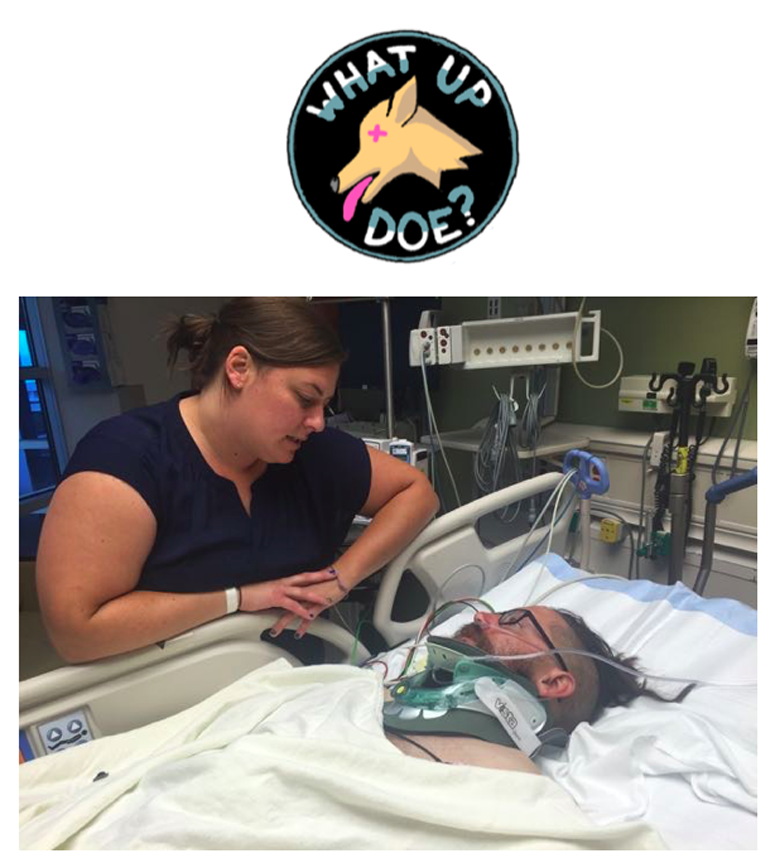 I have included the link to the project and would much appreciate a shout out if possible. If not no worries I still love you and your wonderful website/events I am just trying every outlet I can to make some pennies. If I can get the pre-order funded I’ll make sure you get a patch for the effort. I know its not much but right now as I sell off all of my bicycles to be able to eat it’s literally about all I can offer. Thanks either way!

ps Worst part is I probably wont be able to make UnderBike this year because of my injuries!

It’s with every fiber of my being that I can both sympathize and empathizes with Zac’s plight, and wish him a speedy recovery. I would also like to say that I appreciate him having a sense of humor through the ordeal. It certainly stands as inspiration. As such I ordered a batch of patches for myself, because I know how every little bit can help.

If you happen to find a need for a patch for your own personal battle vest, pant’s seat, or what have you, his offering would be a most excellent place to start.

It’s with that, that I will now announce my imminent departure to the mountains with my old man through the end of the week. This cat was responsible for teaching me the ins and outs of backpacking in the high country, and how to survive on my wits alone; 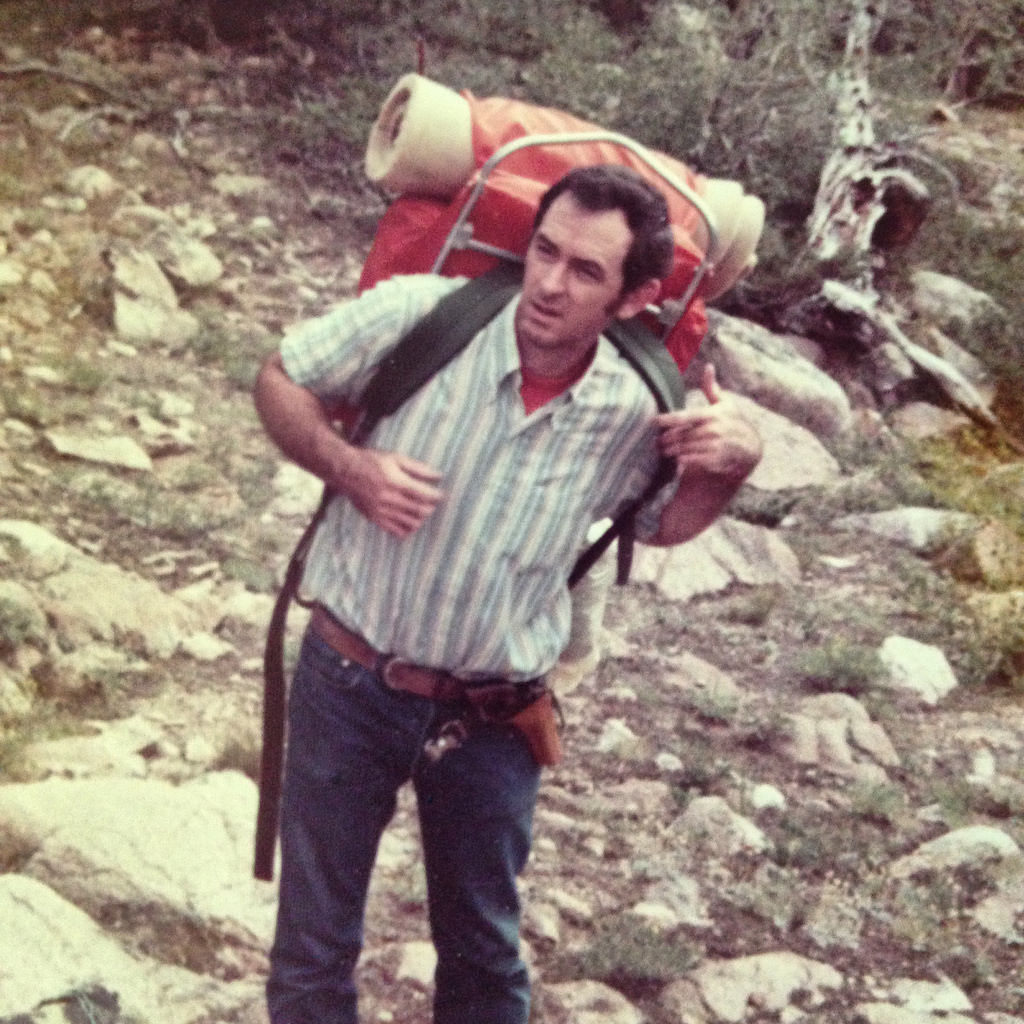 Though a Ruger .22 never hurts to have on you in the event that push comes to shove.

I figured that with his 80th birthday looming on the horizon, it would be a nice thing to take him into the woods, drink our weight in beer, and jump off some rocks into a river for a spell.

So I’ll be resuming a regular posting schedule on Monday the 12th, when as per the usual, I will be back in your loving arms, hunting, pecking, and returning.