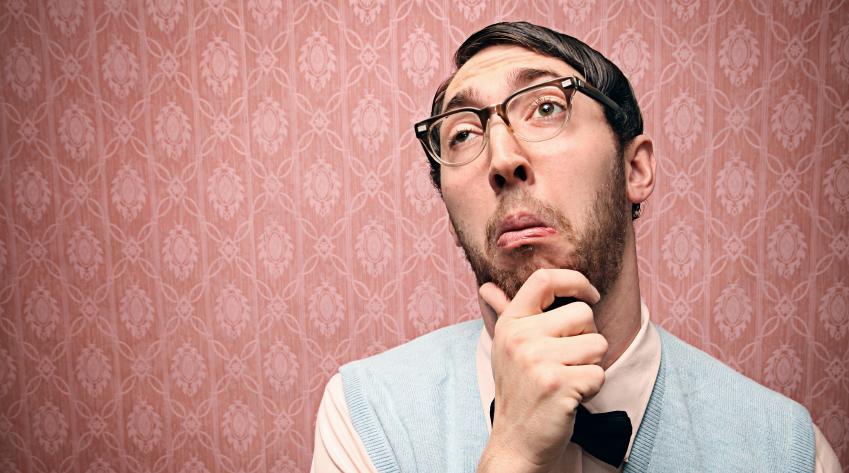 More often than not, these days my brain is going one way, and my body is going the other.

It could be spring fever, a sudden need for Ritalin, or perhaps that at long last, puberty is finally coming to its conclusion.

Whatever the case, I’ve returned to my post to knock out a little last minute information before the lot of us board the bullet train for Banjaxedvile; 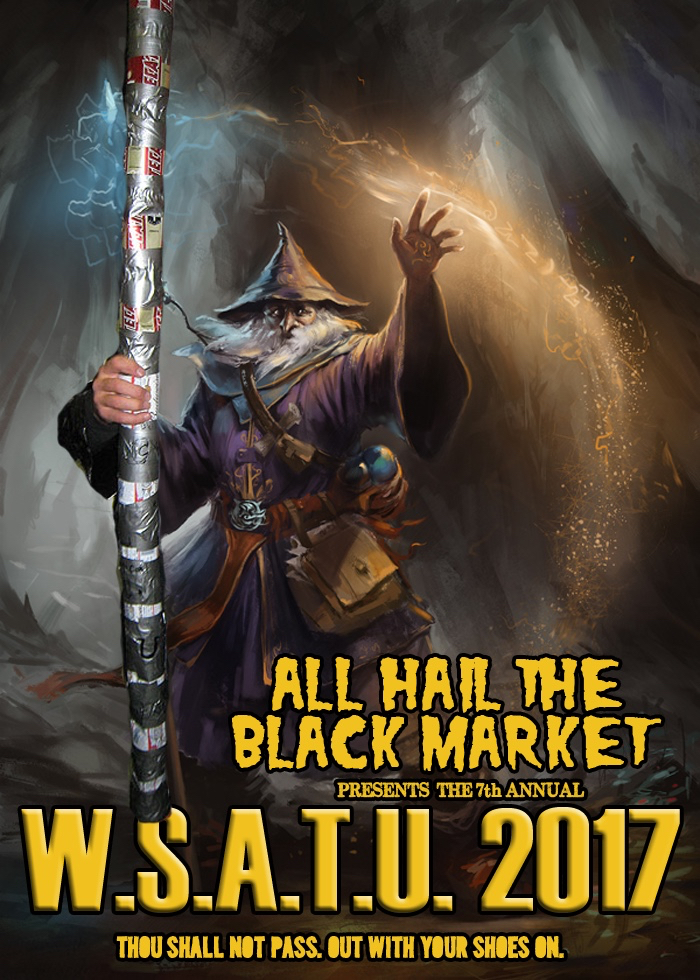 Does everyone have their tickets?

It doesn’t matter if you don’t.

This is the kinda ride you’ll end up paying for in a myriad of other ways.

As I’ve noted previously, I’ll be making the journey to Sacramento to support Robert Ives and his Meet Your Maker ride; 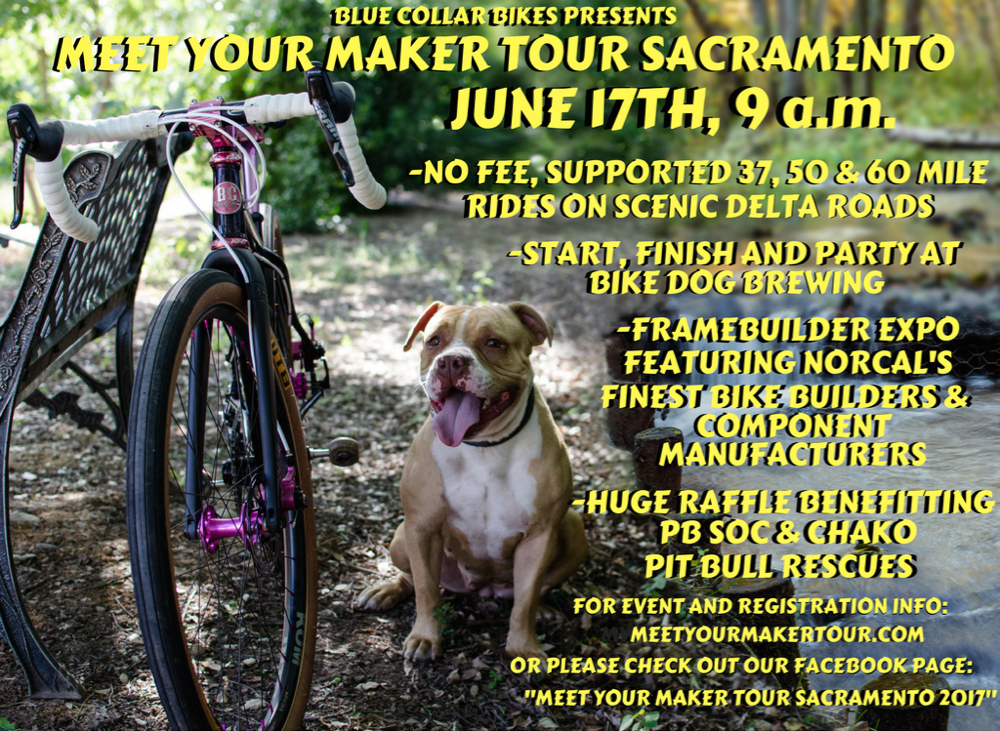 Personally I’d rather be at a backyard swimming pool, on a houseboat, along a river, or basically just about anywhere other than wearing coveralls, while riding my bike for 37 to 60 miles in what is forecasted to be temps hovering around 103 °. Heat exhaustion aside, the potential to wind up with a ‘wet and reckless’ (which isn’t nearly as much fun as it sounds) is real damn high, but I can’t forgo either event because they’re both too damn important to me.

So what’s a boy to do? Apparently risk brain damage brought on by heat stroke, and/or incarceration.

Whatever the result, at least I’ll be dressed for it; 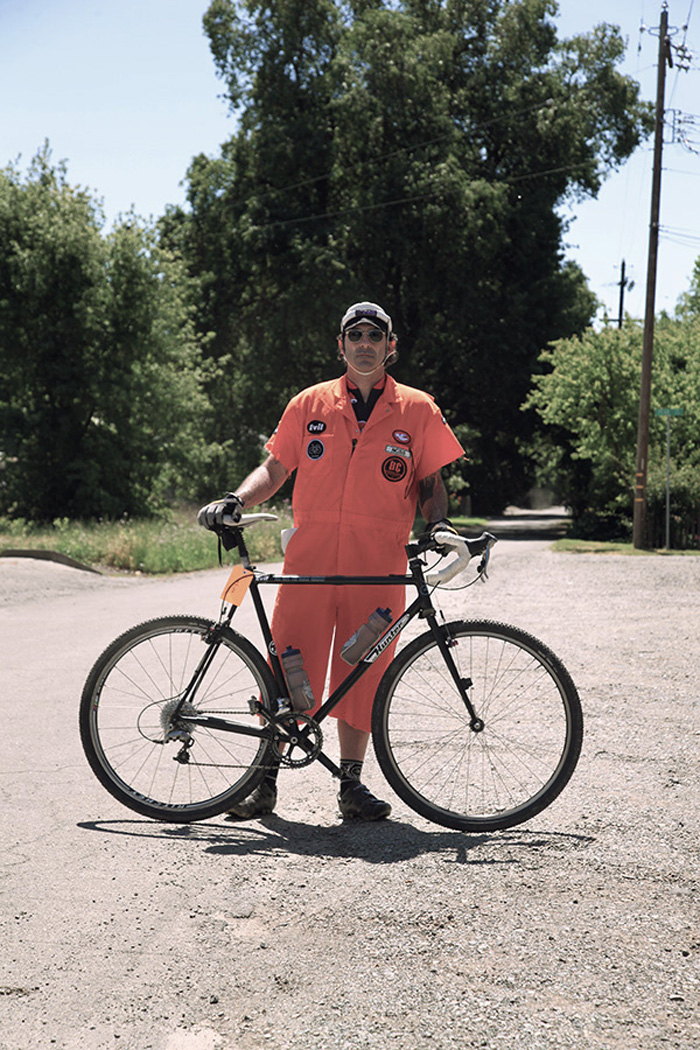 Photo courtesy, Nick Barresi.
As I’ve said many times before, at just five bucks a pop, anyone, anywhere can get in the running for the raffle.

Alls you gotta do is Pay Pal your dough straight to the source to bluecollarbikes916(at)gmail(dot)com, and among the array of dazzling gifts you could actually win is this bike custom built by Robert himself for the 2017 Paul Components Camp;

Remember- Two important points of note are all monies raised are going to help support Sac County Dogs, and Chako Pit Bull Rescue, and that despite the fact that I’ve bought my tickets, as has occurred all of the years prior, I’m pretty sure they immediately got dumped in the trash thereby increasing your chances of winning.

The bottom line however is that this is a huge deal for both rescues, and allows them much more flexibility in taking care of a greater number of pups until they find their forever homes.

So you know… Do it for the fuzzy babies; 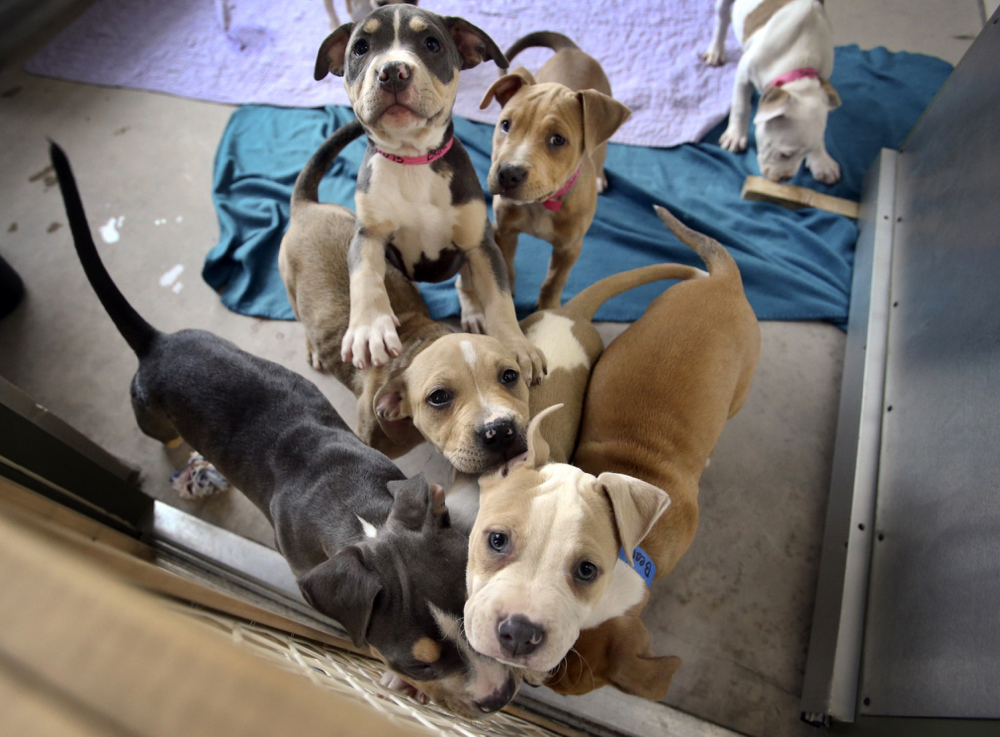 Moving on to other topics, (though the first of which isn’t really news), from Lucho of Alps and Andes, it’s been further confirmed that Gene Simmons totally sucks; 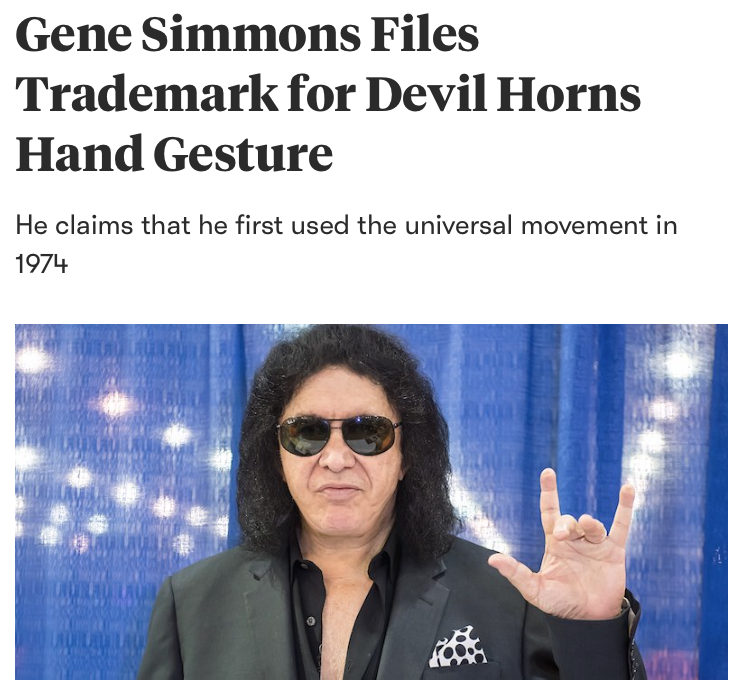 Though upon further investigation, it’s come to my attention that Coven had the gesture in question on lock in 1969; 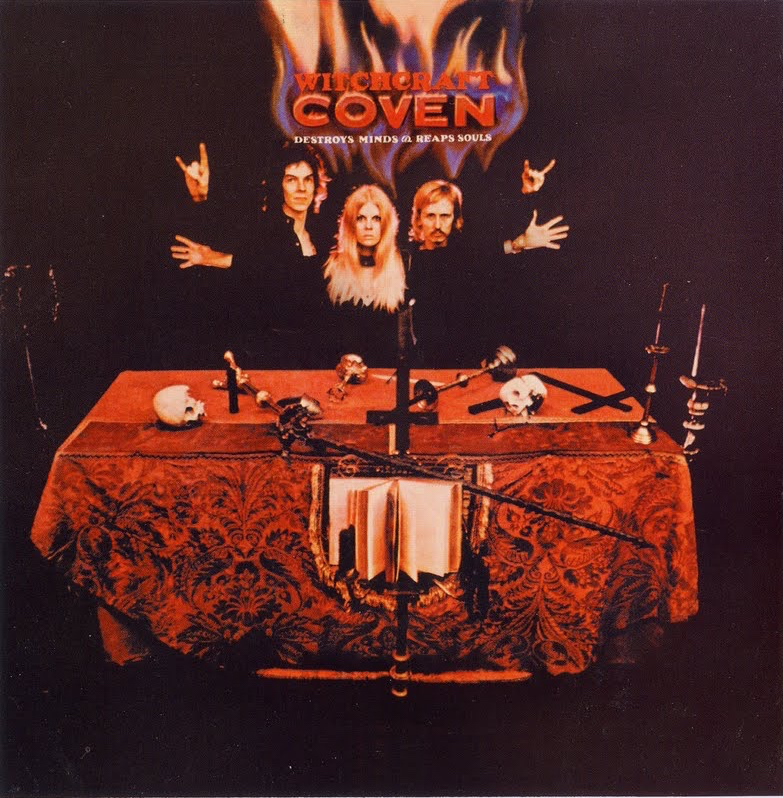 At any rate, it shouldn’t surprise anyone that the God of Chunder would stoop to any news lows after last march’s release of their Barf Pile®©™ TT bike; 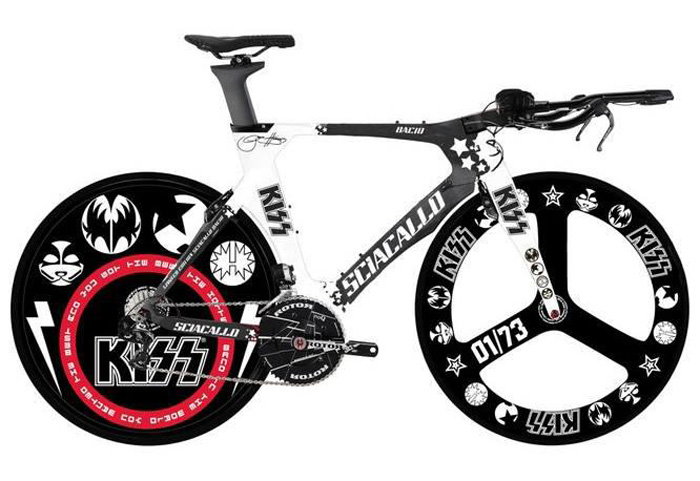 I wouldn’t honor this disgrace with my posterior, unless it was in order to ghost ride it into a dumpster.

Of course when doing so, I might find that I’d get a little thirsty. Luckily, I’m on the forefront of bicycle ‘media’, and as such, I have found myself receiving various emails from company peddling cutting edge products like for example, the Wet Sleeve;

Apparently this product is good for staying hydrated while putting your hair in a ponytail; 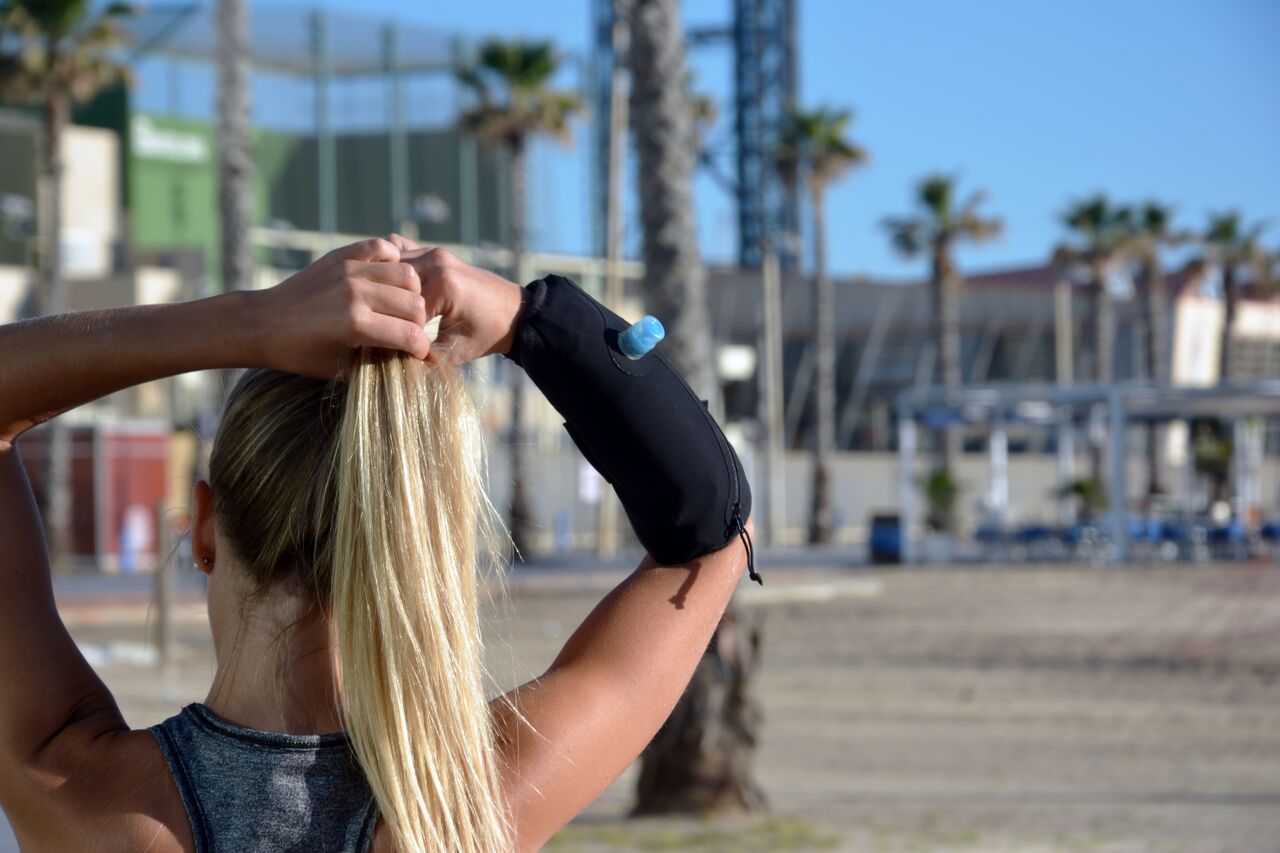 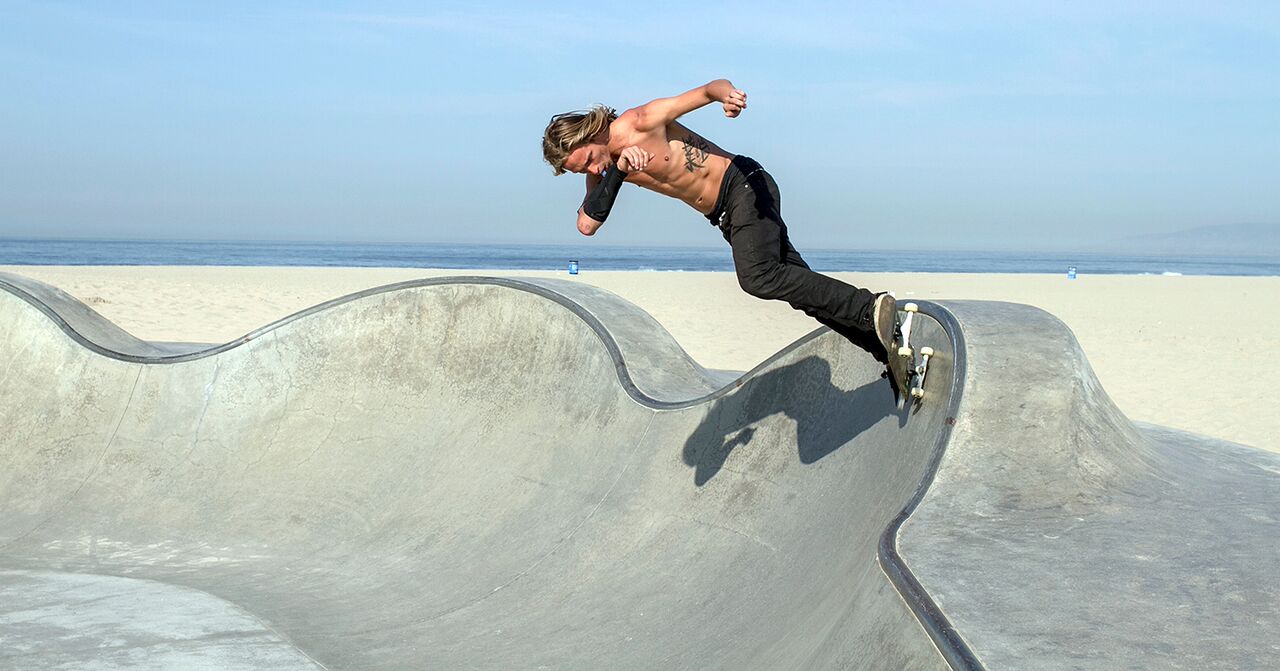 Being attractive in the woods; 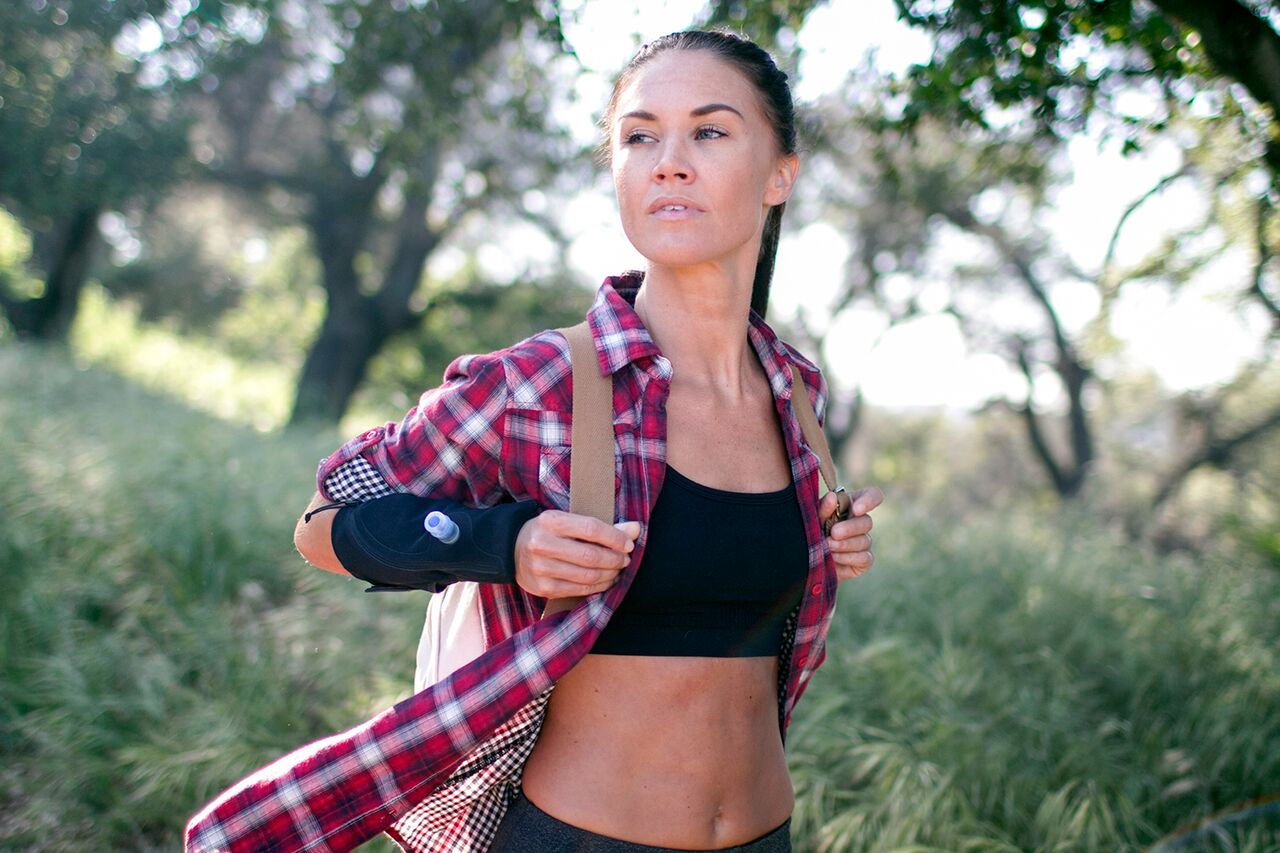 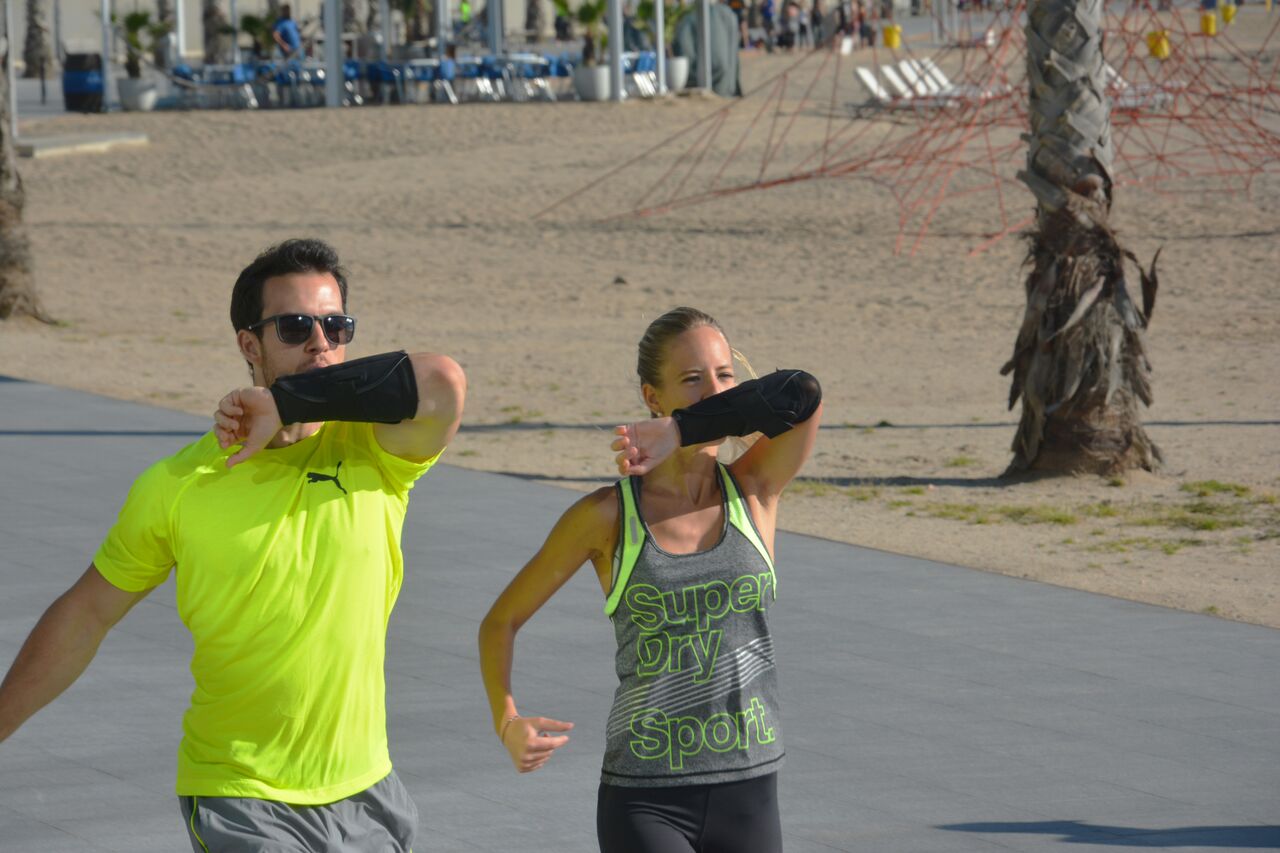 Wondering if you’ll ever be able to get your goatee symmetrical with your chin; 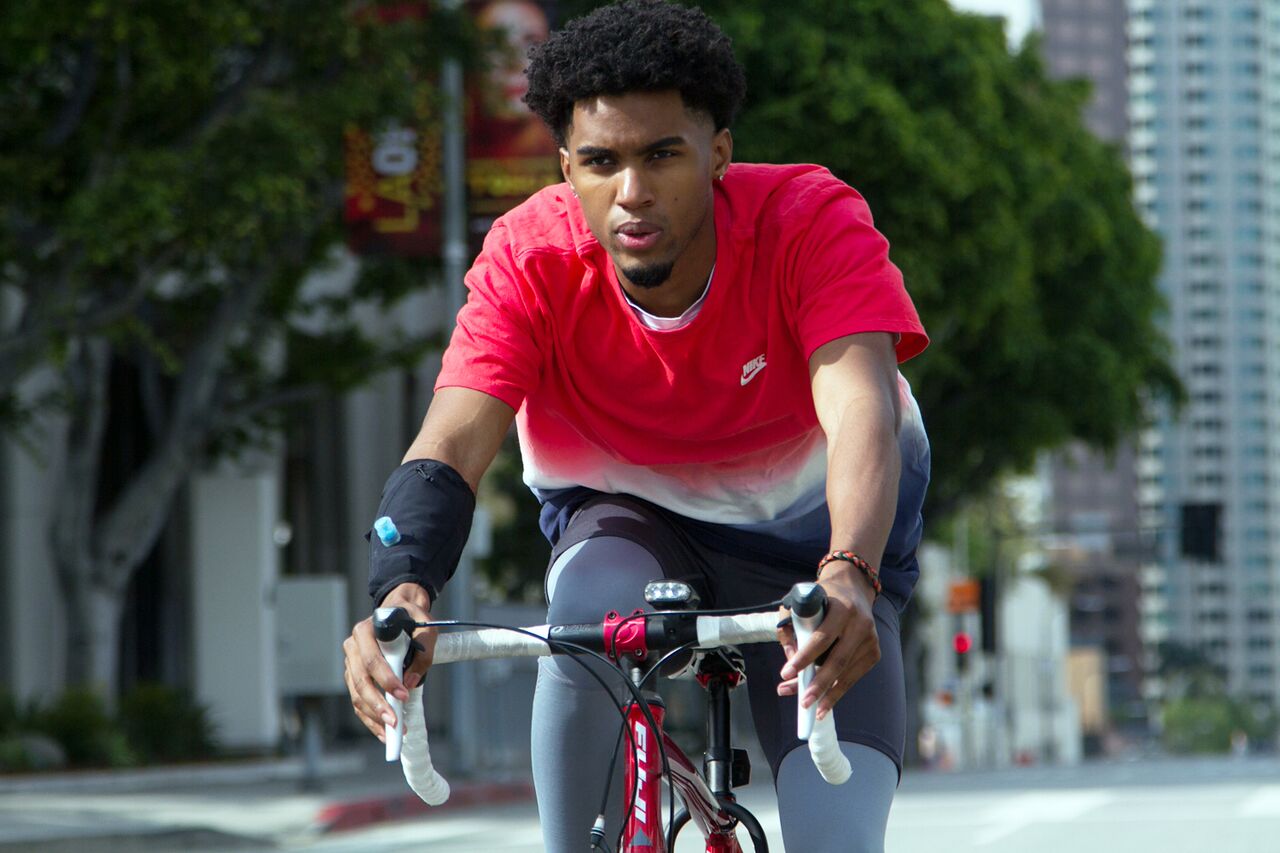 Or literally doing nothing at all; 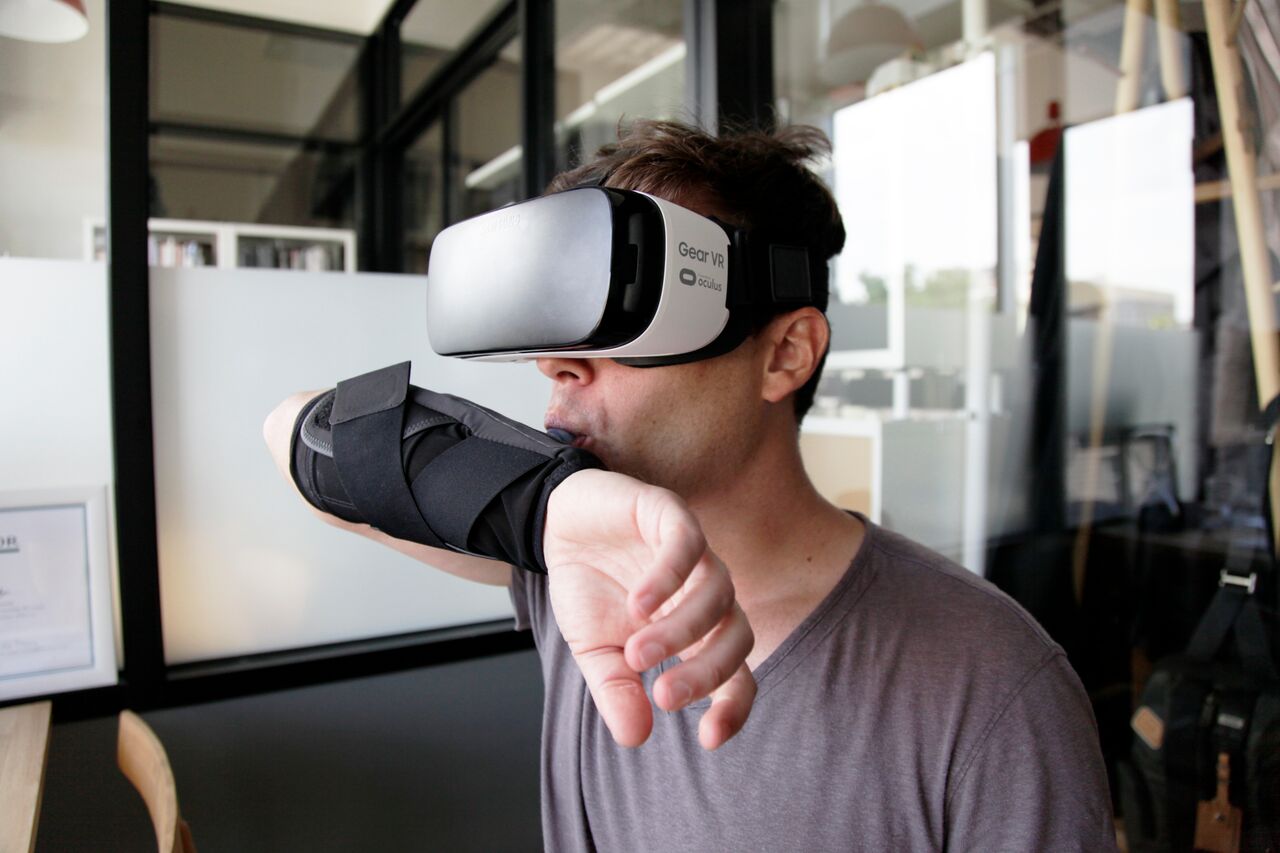 Secondly, as ‘media’, it also means that it’s my responsibility to spread the information and technologies that end up in my inbox to the readership of this here website and beyond.

Being me is not a lot unlike living in the future.

Or you could just save your money and do as I have; 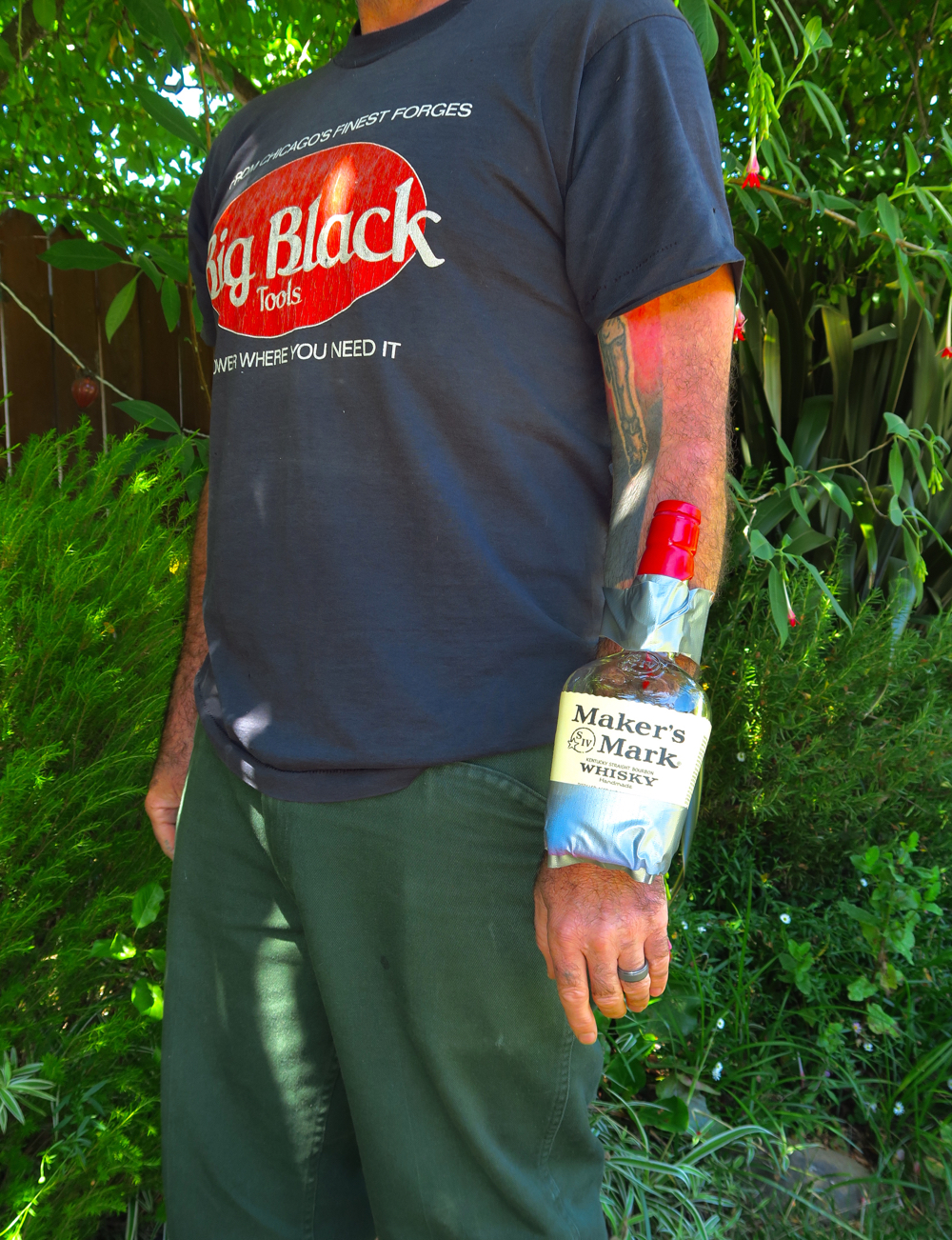 Finally, I will include an email I received from another source, this time being one of a bit more familiar a source.

It was from a fellow named Andrew who despite the fact we shared a trench together on the streets of San Francisco, I was unfamiliar with his name until now;

I was a bike messenger from 1994-2004, eventually I got into welding and making frames back in 1998 but didn’t really do much with it until recently in the past few years. I have built a frame jig and started making and painting my own frames; 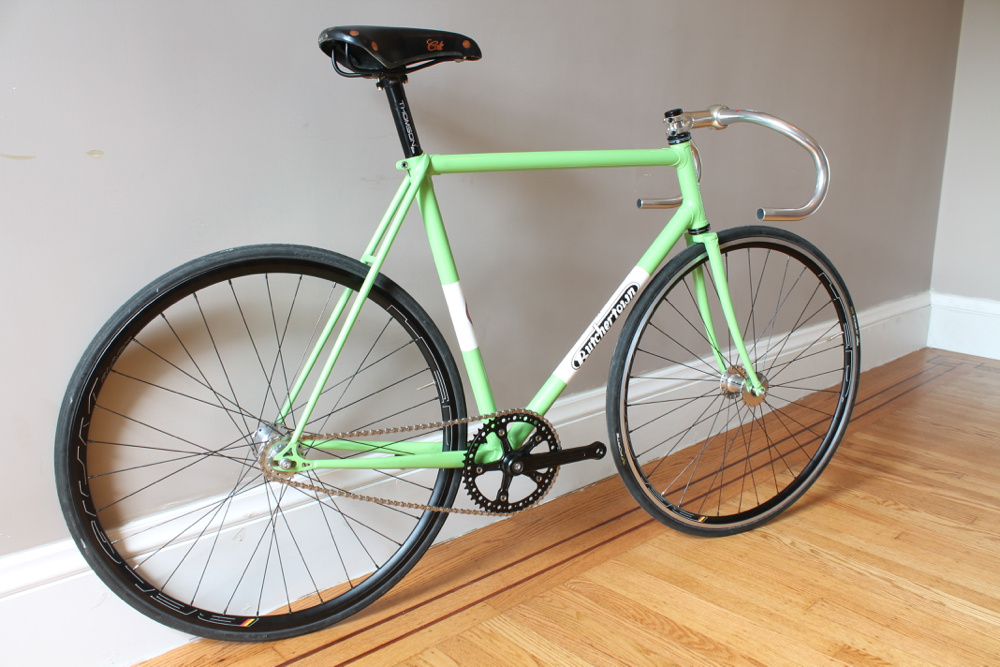 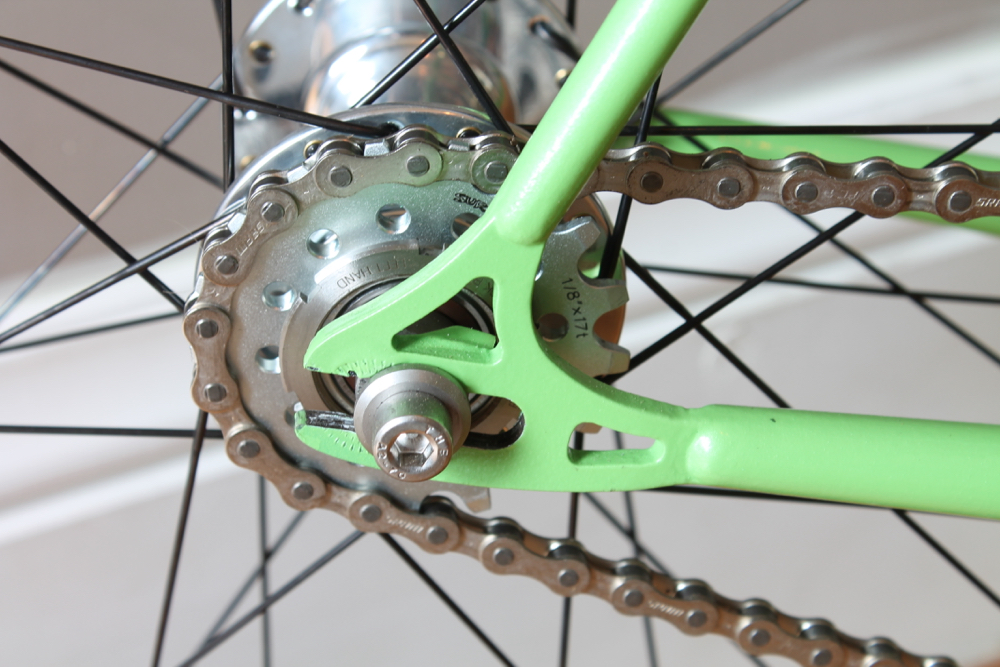 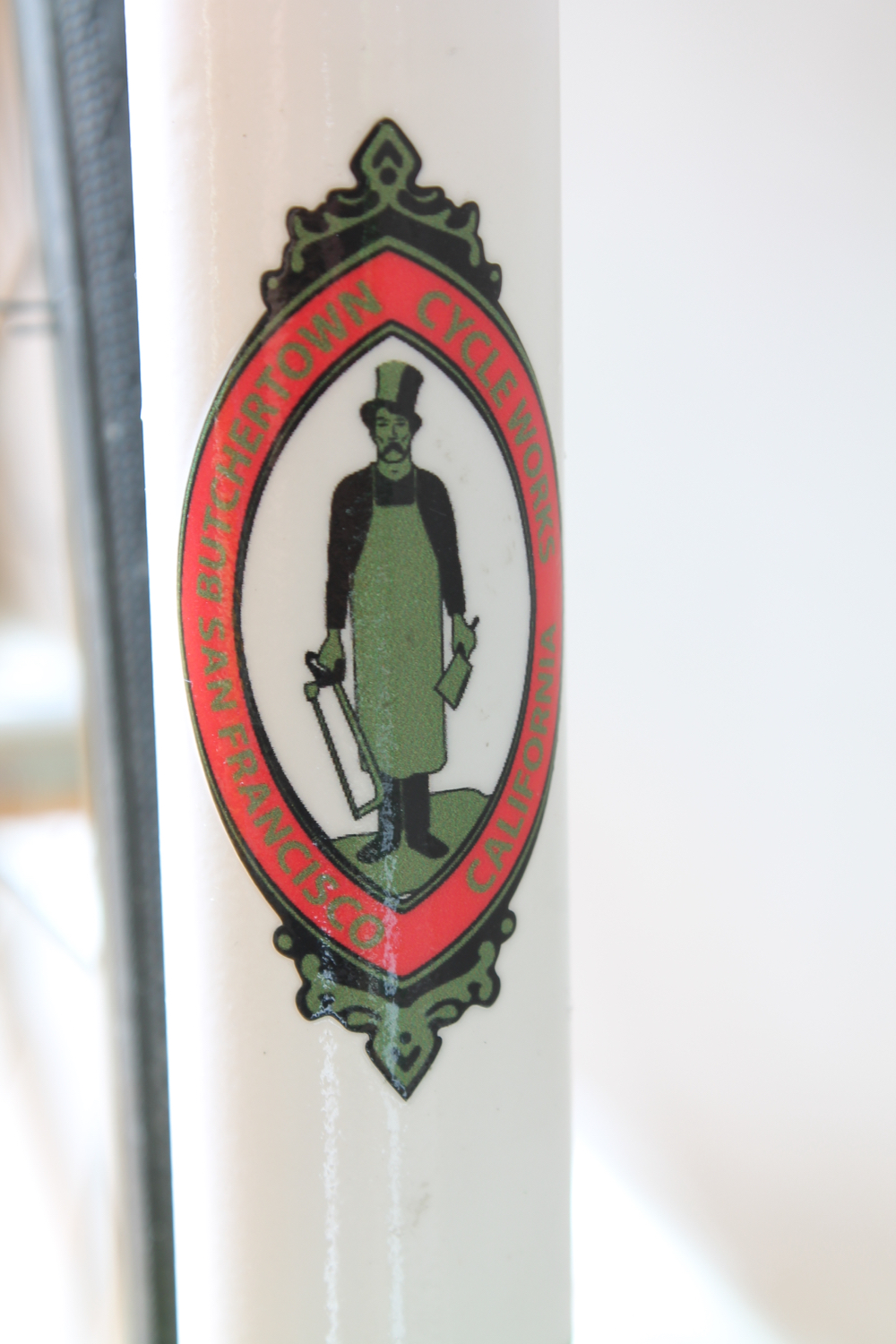 All the work is done by my own hands, in my shop located in Butchertown- A little known neighborhood in SF with a lot of history. Anyways, I would like to get some coverage for the work I am doing; 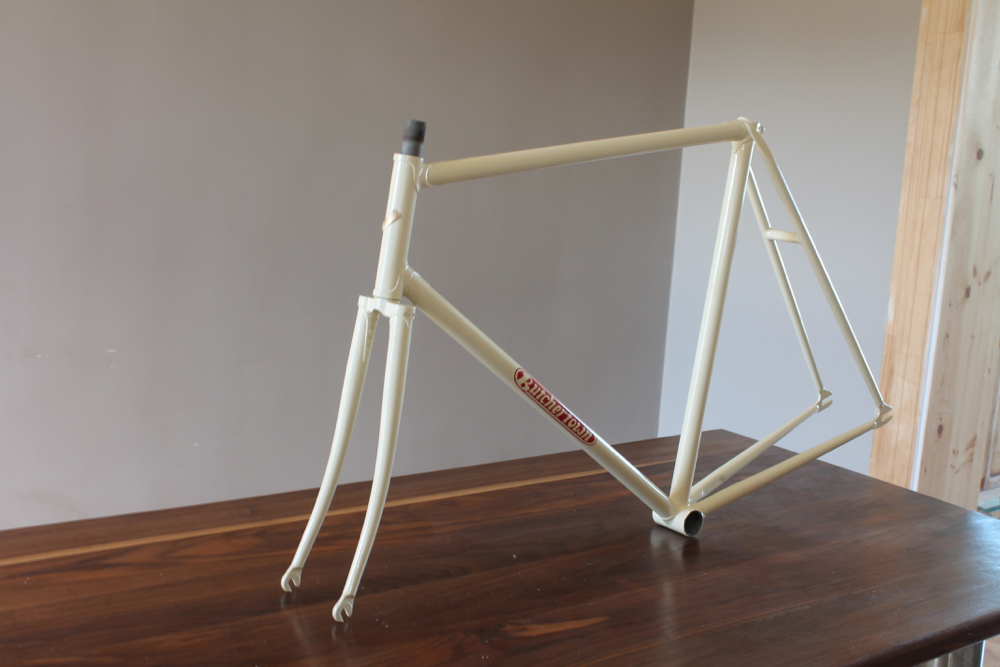 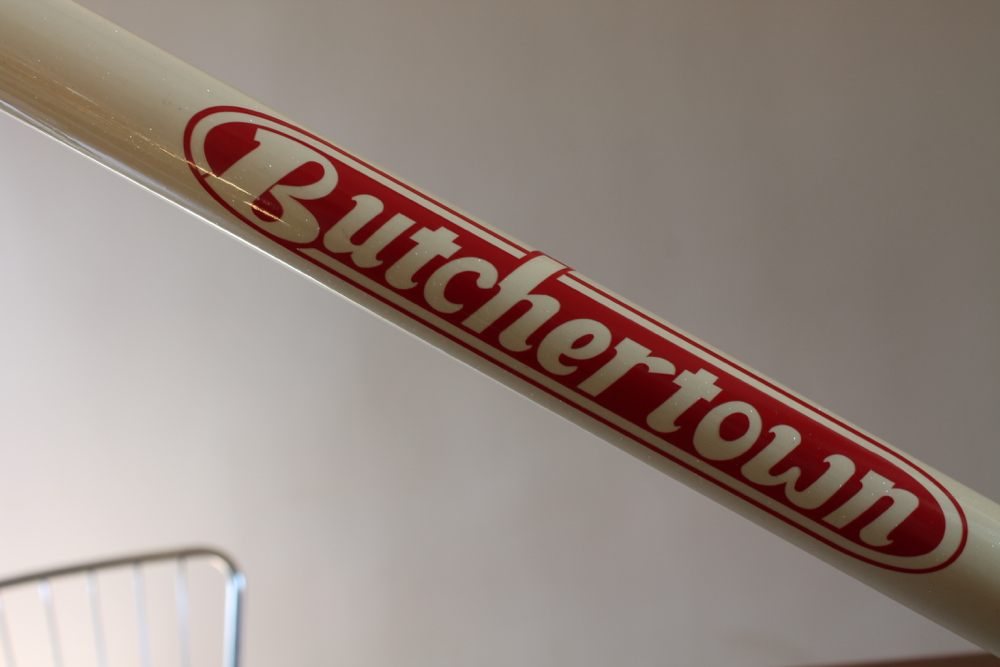 Right now this is just a side hobby of mine but I would love to see it grow into more of an actual business. I have about 6 frames being used by bike messengers now, they have been riding them daily for work and really beating them up, which I think that has to be some of the best R&D possible.

So there you have it. A saga of another dirt from the streets making good. As he noted, if you’re so inclined, keep your eyes peeled to his IG account, and hit him up through that if you have an interest in picking his brain.

On that note, I will rip the cord and bail out of here.

There’s potential that I will be absent on Monday due to being out of town for the weekend, and most likely being out of my mind on Saturday.

And if sacramento’s projected highs come to fruition, it’s entirely possible that I will succumb to both heat exhaustion and dehydration and be out of my body as well.

Of this I both think I know, and am pretty sure.

10 Responses to “Sometimes I don’t know and other times I’m just not sure.”