With the big fat fifteen minutes I have to spare between wasting my life and taking a pre-bed time nap, I’m here to dazzle you with tales of the banal.

So, when last we were together, I was wrapping up all things Sea Otter with this guy; 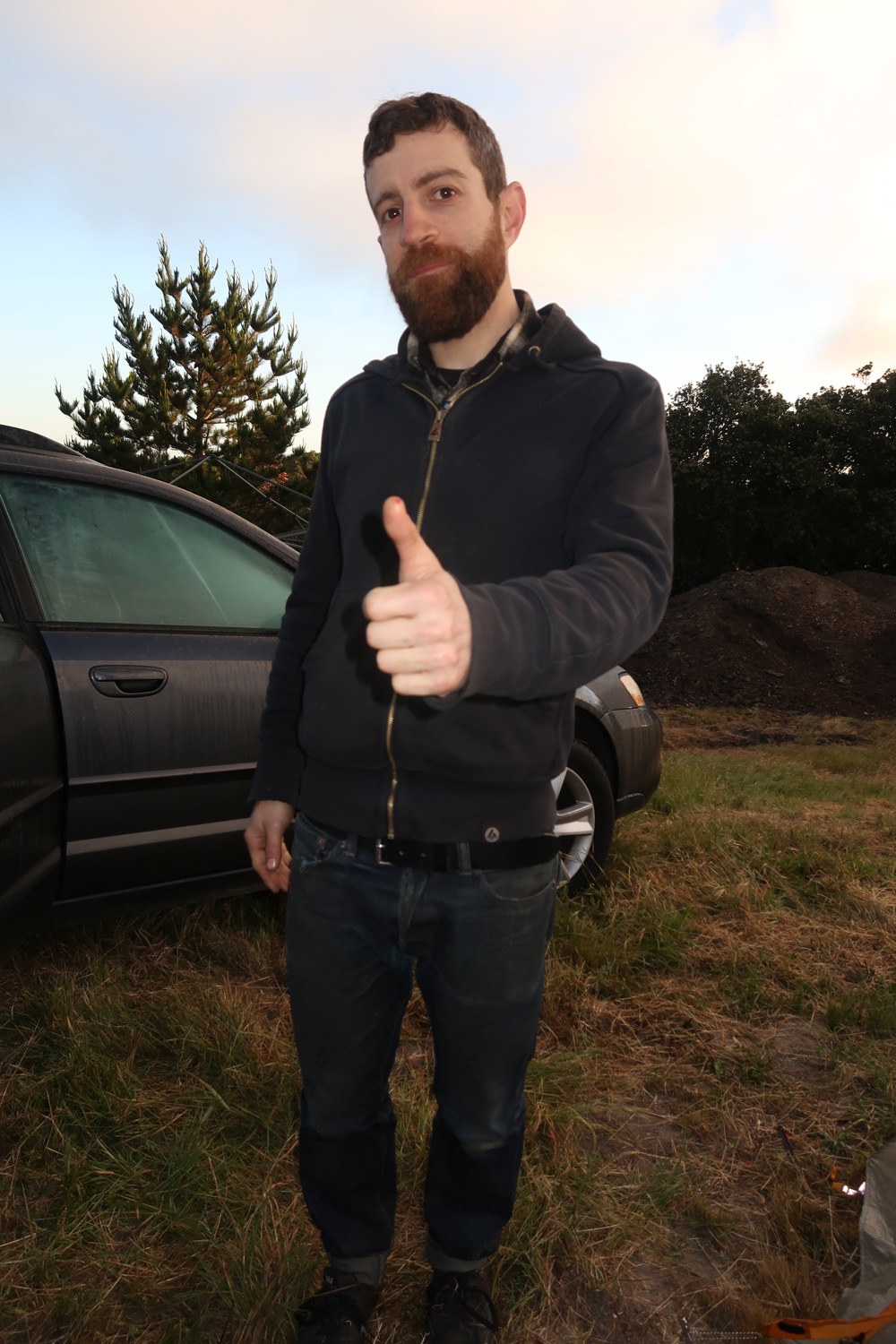 Who is that you ask? Why, that’s none other than Adam Schwarcz, owner and operator of Oakland Service Course.

And it was a bit serendipitous that we should have crossed paths when we did, and I wound up sitting shotgun, for it was only a few days earlier when I finally gave up finding time to deal with my Raleigh Stuntman, pictured here in better days; The attentive among us might recall the great fork swap debacle of 2017. Well, from that point forward the poor bike has been sitting on blocks waiting for me to install a new set of brakes, and get ‘er going again.

But I’ll be damned if I wanted to spend even more time than I had to on that project, and still being defeated from my first go in the ring with it, I opted to simply just ride other bikes instead.

But it occurred to me that I could just foist the shitshow off on Adam, and let it be his problem, while I got cracking on the other dozen fires that are ever burning in my life.

Thankfully he turned them wrenches in the magic way he do, and now the big beast is back where it belongs; 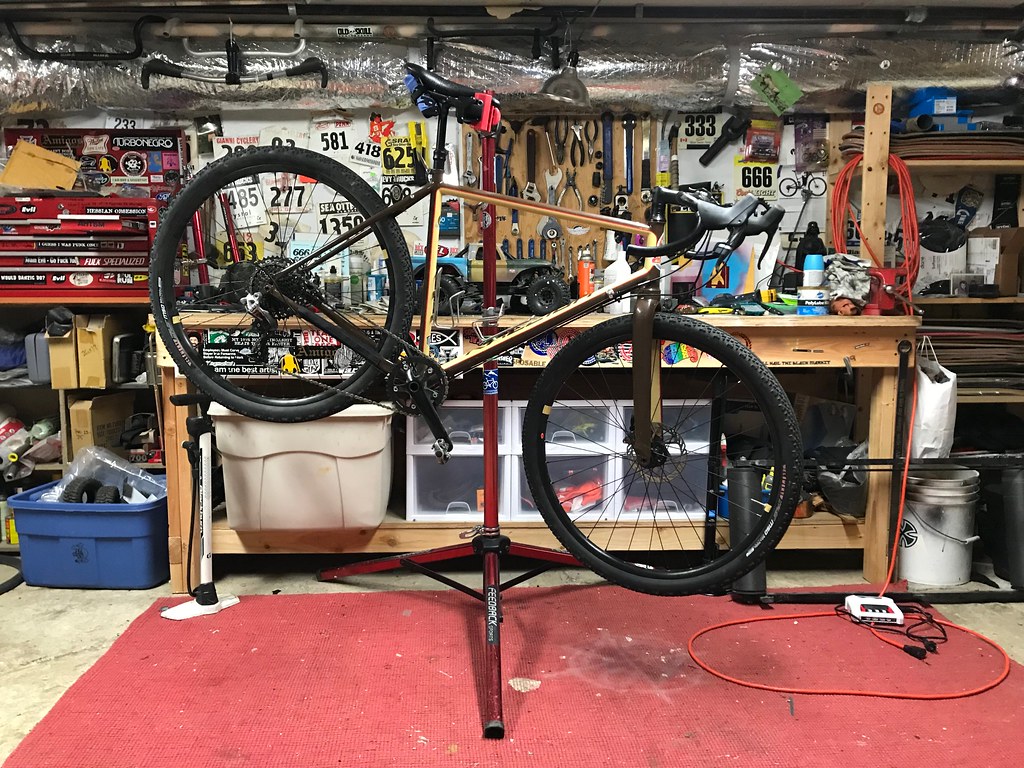 And just yesterday, I even swung by my LBS and grabbed a batch of new bar tape; 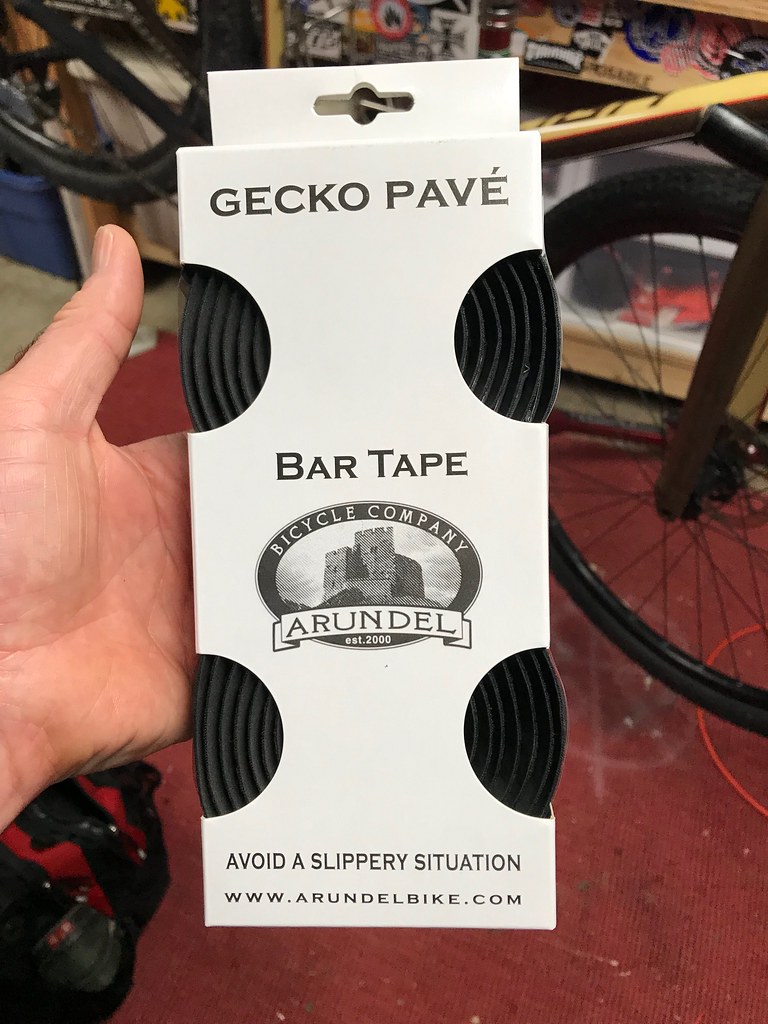 I don’t know if Colt Seavers would approve, but I’m just going to have to assume that he would.

Then, once the dust settled after getting back from all things Laguna Seca, it was the following day when Jimmy James and I made our way to a local outlaw race of the fixed gear cross bike variety, widely known as ‘Tracklocross‘, or as JJ has decided it should be dubbed, ‘dirt trackin‘.

A host of folks turned out for it, leaving me to wander around, drink beer, and shoot a smattering of mediocre photos; 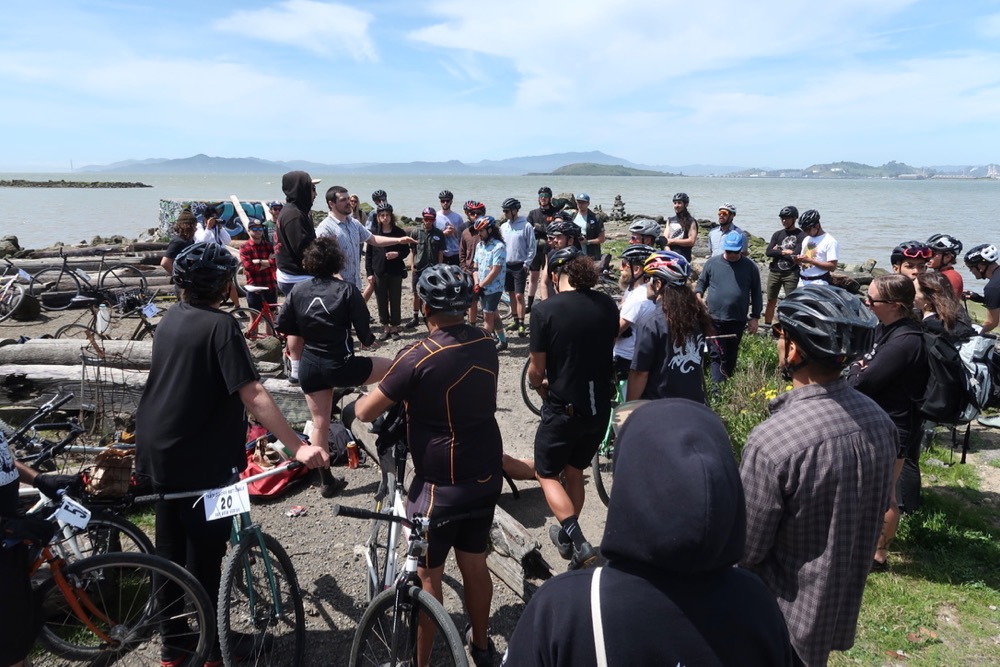 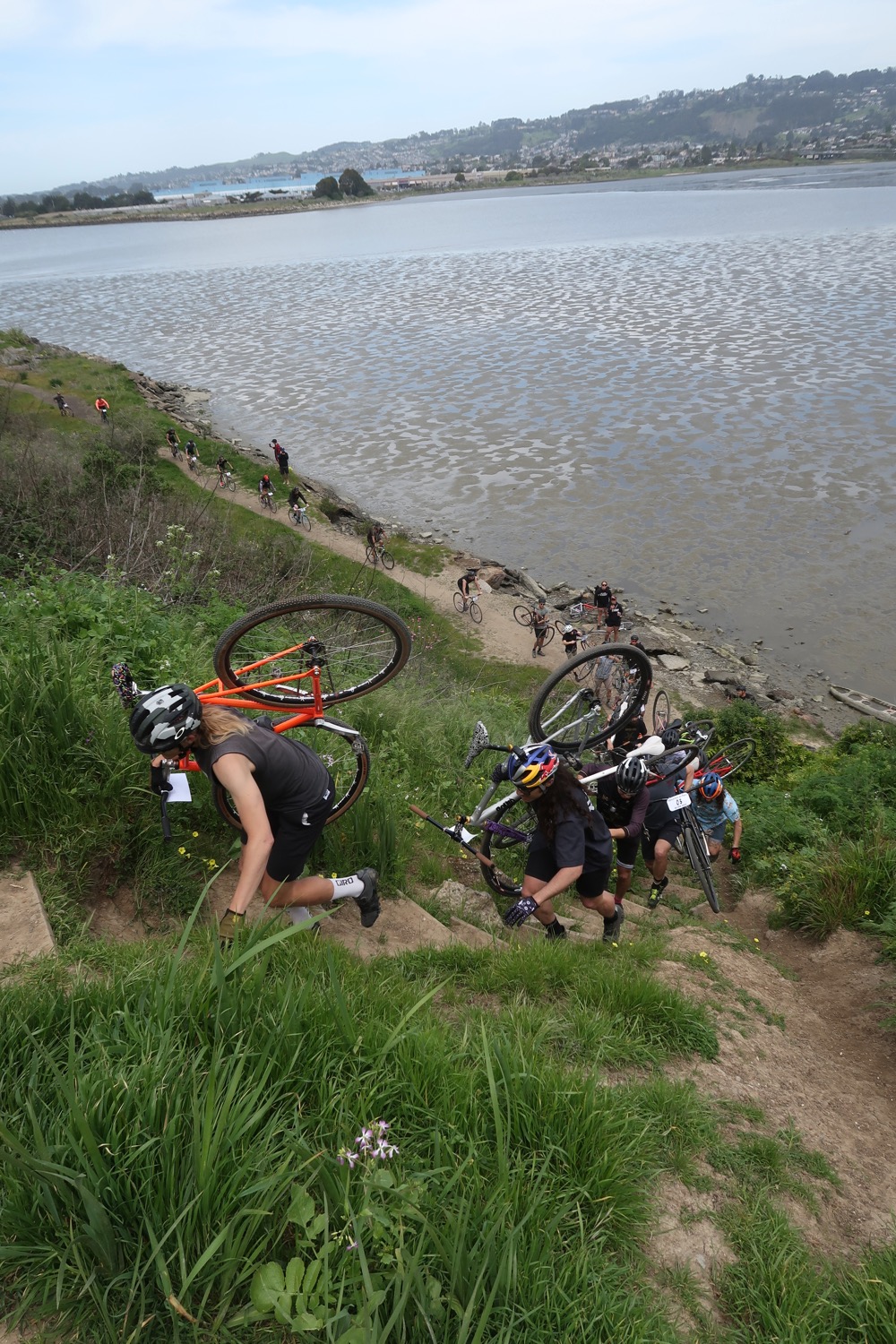 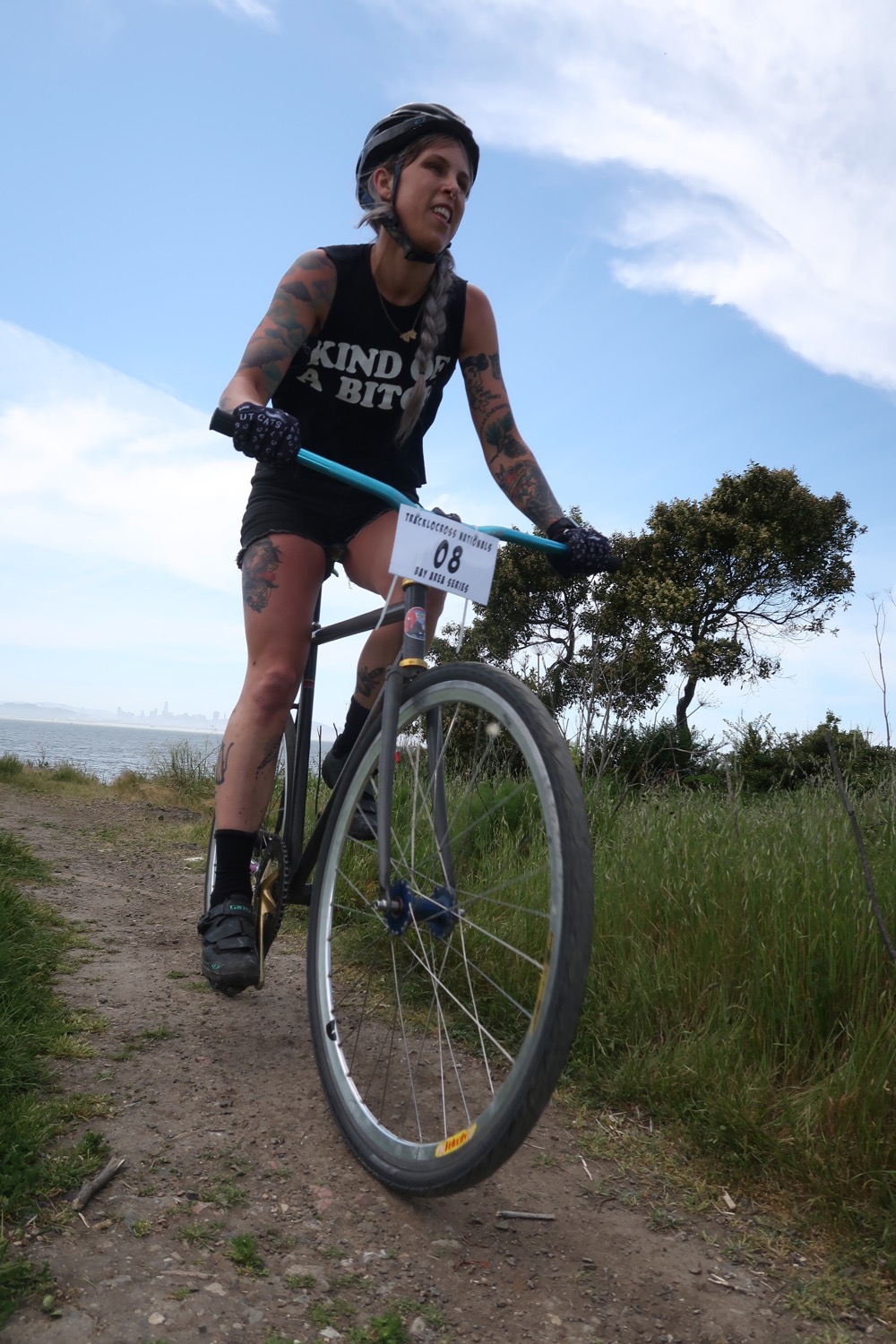 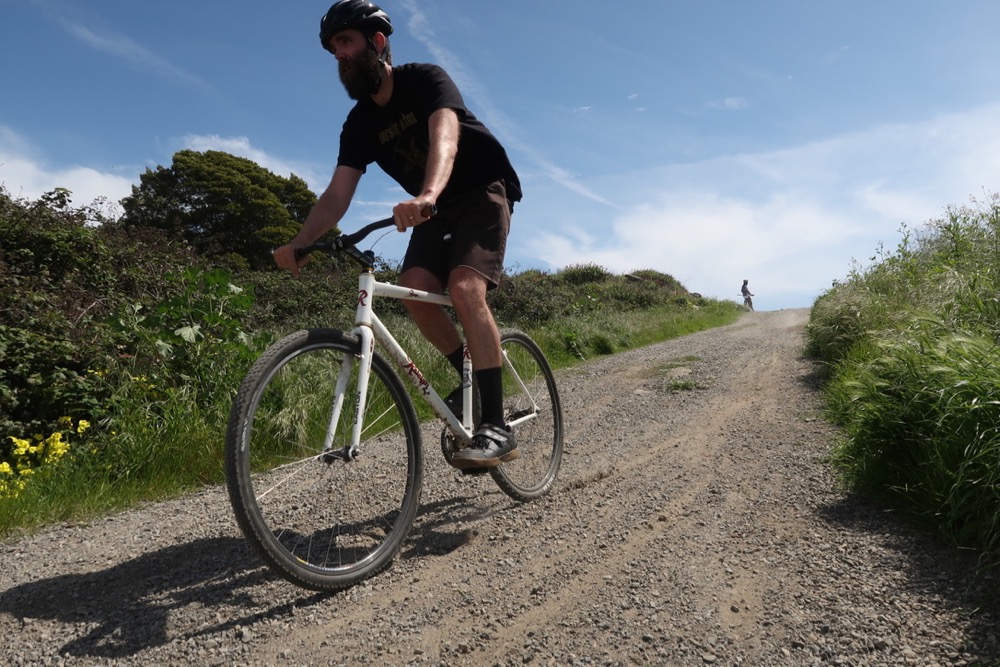 While I was there, I even got a spy shot of the forthcoming Squid Bikes steel dirt tracker; 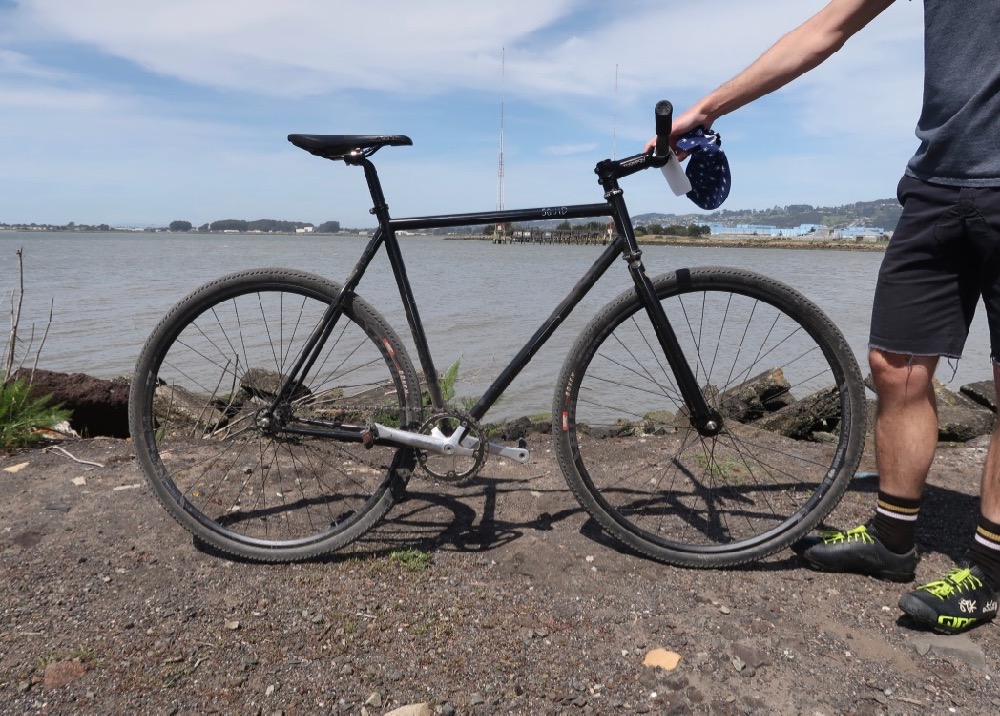 If something like this strikes your fancy, keep your eyes peeled. I have it on good authority that they’ll be available for purchase at some point between tomorrow and eventually this summer.

And while we’re on the topic of dirt tracking, it seems as though the good-hearted derelicts from Denver’s Team Meow have their own race coming up that is a part of the same series.

Roman reached out and updated us thusly;

Our little crew Team Meow of Denver, CO is throwing a series of races of the Tracklocross variety; Our first race is this Saturday 4/20 and the winners of the overall series will be flown to participate at the National Championship in San Fransisco this summer hosted by our friends at Resistance Racing. There will be good times and free beer.

Thanks for the Support,
-Roman & Team Meow

It’s almost as if Roman is some kind of goddamned mindreader.

If you happen to find yourself in Denver this coming weekend, go by and say hi. Perhaps you’re like me and wouldn’t come within a country mile of one of them dirt tracking contraptions. That’s ok. Team Meow is welcoming to all sorts of humanity who perhaps have a slightly greater affinity for their knees and lower backs. Bring an extra twelve of whatever’s your poison, and I’m sure you’d be endeared to them forever.

Finally, in closing and related to them bike what don’t coast, CD from Chrome Industries reached out with some of their own particular stylings of throw downs; Please stay tuned to the blog and social media as we’ve got DWP from Manual For Speed reporting from each race. And, if you like this, please share with your friends and fans.

I’d imagine that’ll be a real high time, and anything relating to DWP is gonna be a frenzy. I’ve told him a number of times that at least as far as his fashion goes, he is like the Riff Raff of the bike world; 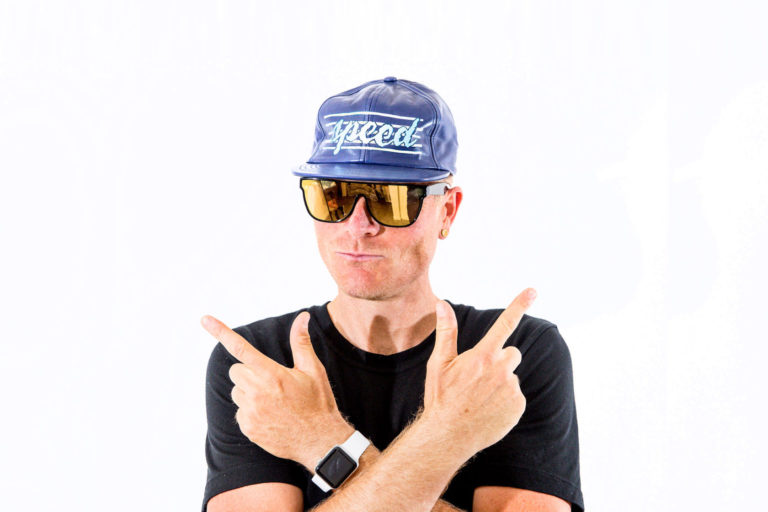 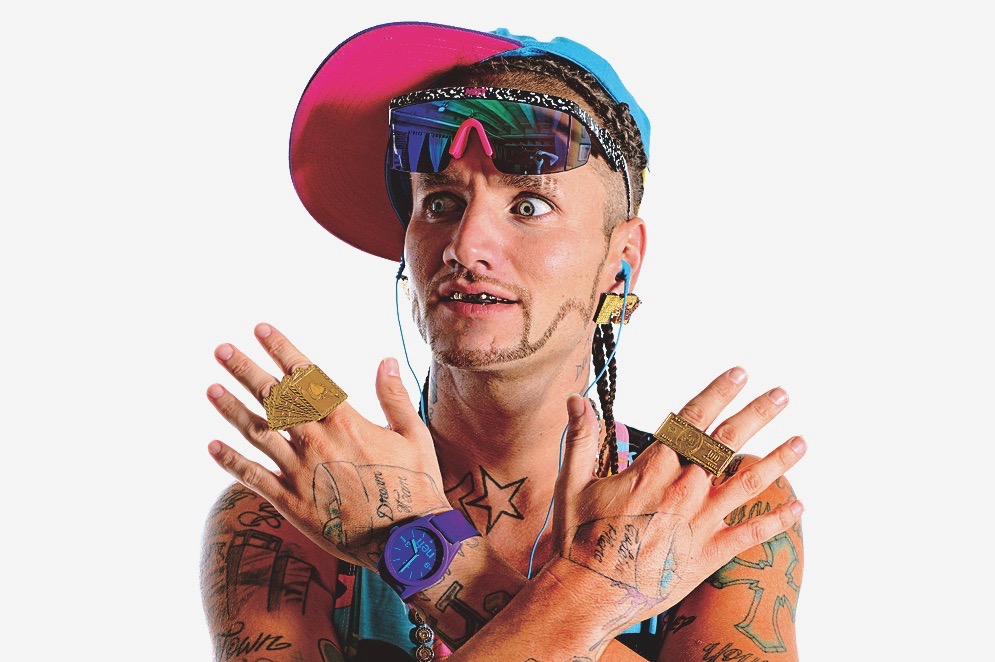 I feel like I have an image of DWP with a bunch way fresher gear than a dumb black t-shirt, but when you’re up against a clock, you gotta work with what you’ve got.

You get the idea though.

DWP and RR alike are 3Der than most.

2 Responses to “Prepare to be amazed to sleep.”