*Note* After migrating my site from one server to another, a number of images were lost, so I had to track down either the original images, or reshoot them, which might explain a few inconsistencies in the overall aesthetic.

Today we’re going to kick things off with a feature I’d like to call ‘Why Doesn’t The Goddamned Bike Industry Just Stop While It’s Ahead?’, which assuming the person who so many years ago demanded that I ‘just stick to bikes’ is still reading this site, will be quite pleased.

You see, I have been hit with regularly occurring disappointment when it comes to finding a favorite product that I would be quite happy to use for the rest of my life until the bright minds in the industry’s think tank pulls a fool move like termination of production. What this leads to is people like me, (or possibly just me) ending up having to hoard, or worse yet, scour the Ebays to fulfill my need. Starting at the top of my list, the first bone to pick is with Ritchey Logic, or should I say Richey Illogic? (That’s what we in the biz call a ‘zinger’.)

As I noted upon the completion of my All City build, I swapped out the stock bars with a very fortunate acquisition of a pair of Ritchey BioMax Comps; 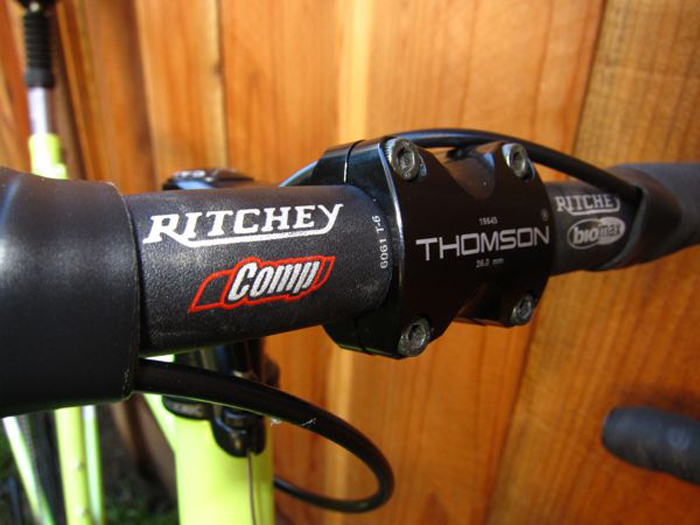 As fate sometimes giveth, it also occasionally taketh away, because as I was noodleing along at nearly a snail’s pace the other day, I clipped a pedal and was slapped to the ground as if donkey punched by God herself. Upon regaining my verticalness, I noted that I had bent the holy hell out of my new bars on impact.

As soon as I returned home, I began searching for a replacement pair (46 cm wide, with a 26 clamp diameter if anyone’s asking), but to no avail. Gonesville, man. No dice.
Secondly, Sean from Soulcraft built me a beauty of a bike a couple of years ago called the Dirtbomb, and as it was, I had a selection of their 700×42 tires called the Zed. Sean built the rear end to accommodate those 42s, and when time came to replace my treads, my insider at Ritchey notified me that they had ceased production of them, and that there were none left on the premises.

I’ve continued my search for 42s, but aside from the Conti Reflex Steel, and Maxxis Wormdrive, neither of which possess a tread pattern I’m terribly enthused about, I can’t find squat.
Luckily as a token member of the Soulcraft team, I am very fortunate to get in on the Panaracer gravy train, though due to the stay’s width, and my initial tire selection, it turns out their 45c ‘Fire Cross’ tire is just a smidge too big, so as it stands, I have to resort to keeping a 38 in the back.
Which brings me to item number three in our sorrowful list.

I have had a long and passionate romance with the Wilderness Trail Bikes line of tires, and most especially, their 38c Interwolf; 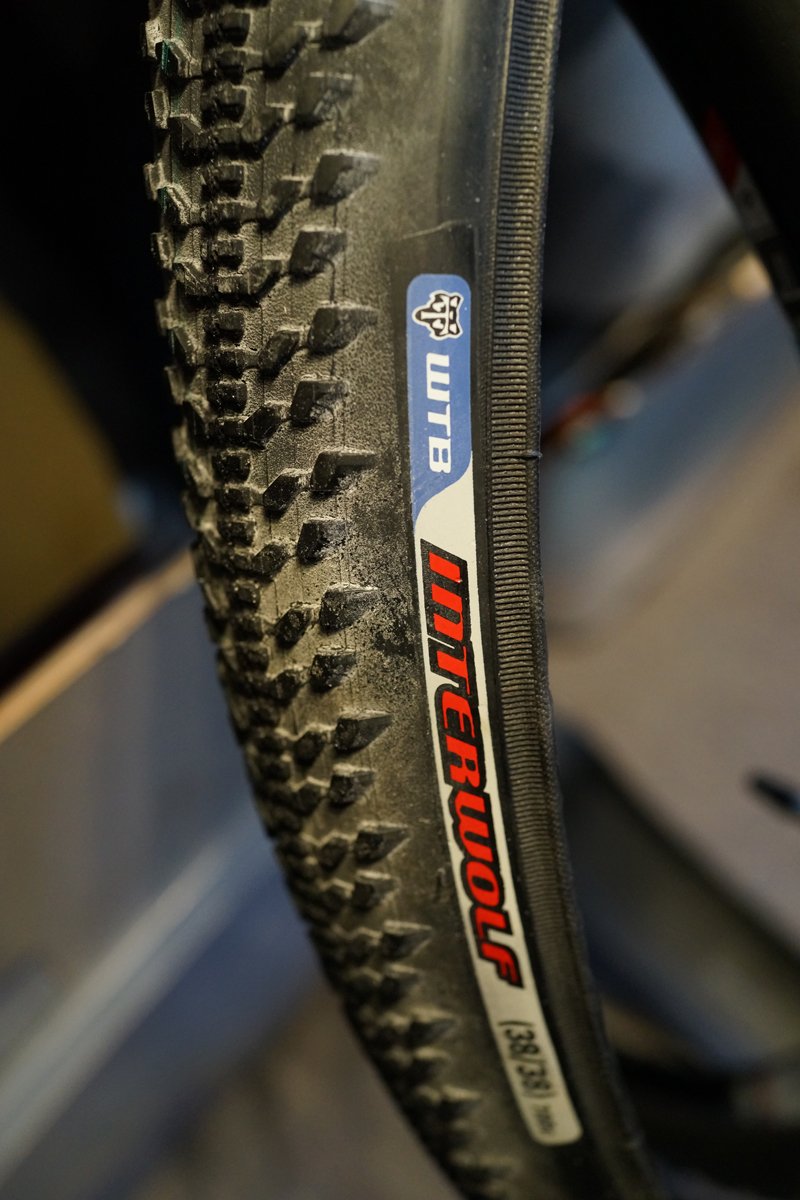 The tread design was perfection, and unlike many of my favorite cross tires, the rubber compound was durable enough so as to not wear through with only a handful of miles on the pavement. (I ride my bike to my bike rides, therefore, sometimes spend time on pavé. Weird, I know.) These too have gone the way of the Dodo, and my previously secured stash is now exhausted.
Number four may still be available, though has generally proven itself illusive to find. While it is a small item, has always been one of my favorites none the less. It’s the Cateye bar plug.

It may seem curious to some that something as simple and seemingly mundane as a bar plug could possibly worm its way into one’s heart, but these have, and for one simple reason. They rule; They are relatively low profile, and are absolutely bomb proof. They do a far better job of protecting your bar’s ends than the stock schlock that comes with tape, and will not, under any circumstances fall out.

For number five and six, I can’t neglect to mention Campy Record hubs; They are sheer perfection, so ‘nuf said.
Luckily, I have a few pairs of each, so for the mean time, I’m set.
Number seven has been a serious bee in my bonnet for the last three months.

Hands down, my all time, ALL TIME favorite helmet was the Giro Pneumo; 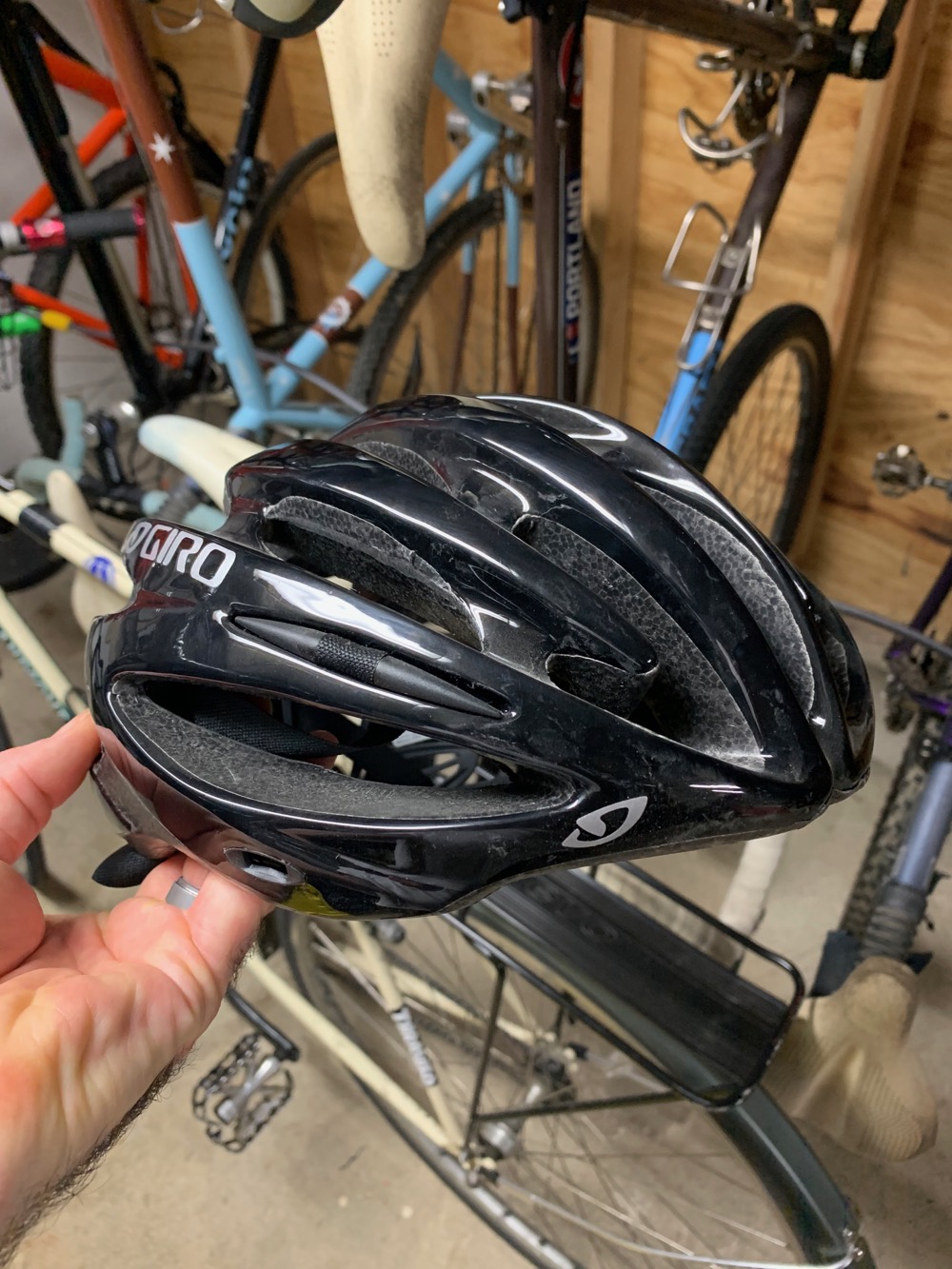 They were extraordinarily well vented, second to none in comfort and best of all, didn’t look like a salad bowl on your head. I have been blessed for many years to be on the receiving end of an assortment of Giro products, all of which I have used and abused until they had to be retired. I had two black Pneumos in my possession, the first of which was badly damaged in last winter’s crash, and the second was destroyed at the end of my recent Oregon trip when my bike fell on it.

As soon as it happened, I called Mr. Blacksocks with the news and a request on bended knee for a new one, but as it turned out, they were well out of stock, and after an exhaustive search on the internets, I’ve come up empty handed.

Number eight doesn’t have so much to do with bicycle technologies, as much as it does the general schizophrenic nature of the optics industry. As a younger lad, I could regularly be found with a pair of Arnette Threats perched atop either my helmet, or the bridge of my nose.
Happily I had two pairs.

Sadly my then-girlfriend/now wife found her way to sit on them both.
After numerous hours spent attempting to find a replacement pair, I had all but given up until recently when I (for no reason in particular) asked Hugga Potato if he might happen to still have a pair laying around. As it turns out, he did and after digging through one of his many piles of piles, produced a set which I now proudly claim as my own; 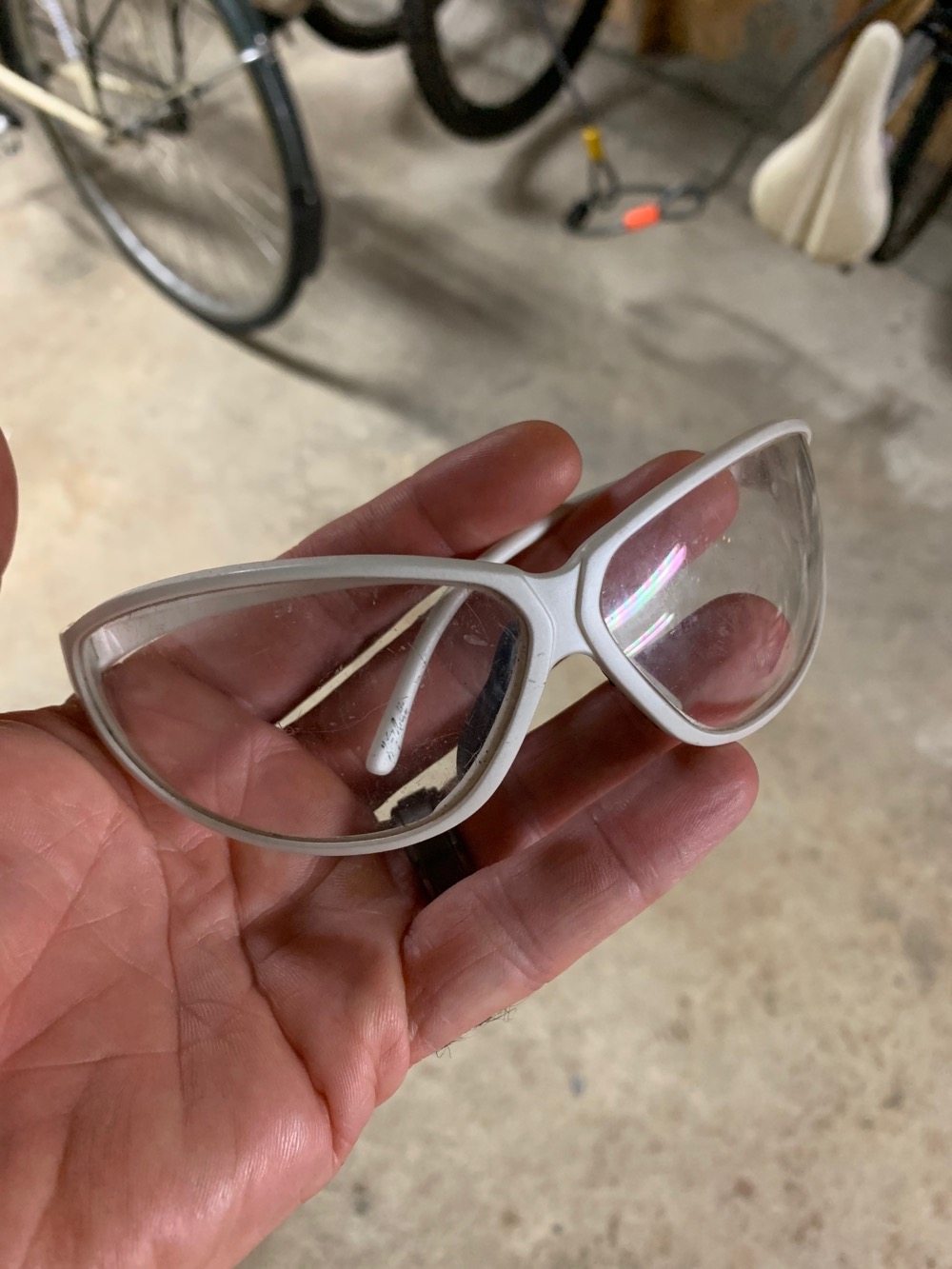 Now If I can only remember to no longer store them in, on, or under any enticing looking seating surfaces.

In light of my general run of luck when finding a steady diet of that which I love, at times I become adept at building a stock pile. I am almost used to the fact that anytime an item comes down the pipe for which I have a true, and intrinsic affinity, I end up procuring as many of them as I can. Cases in point of course being the WTB Deva saddles and my highly coveted collection of Rock Shox seat posts; Likewise, upon finding out that Trek was stopping production on my very favorite backpack, I bought five of them.

This was a good thing as after years of relentless abuse, it ended up looking like so; Which if it was a Fütbol fan, would resemble this; Though this particular individual’s blow out may have been planned, it is anything but obsolete.

24 Responses to “Some observations on planned obsolescence.”