When curating the various submissions, and random flotsam I wind up presenting to you here, I usually am able to set it all in motion with a single video, jpeg or email, and from there the post just generally grows organically like the horticultural phenomenon, Penas Lanceolata; 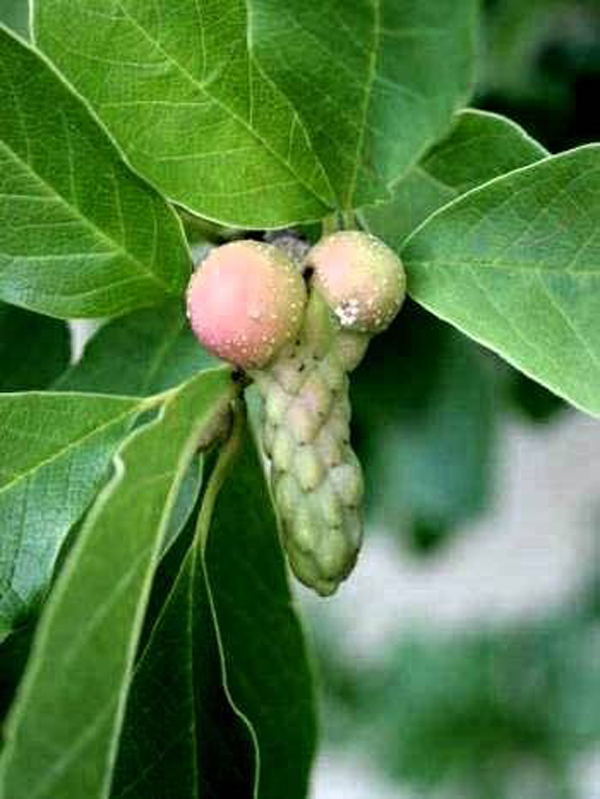 However occasionally I wind up with a random smattering of leftovers.. Something similar to the land of the broken toys, except they are tidbits of information which we have come to know affectionately as ‘the mail bag’.
Well, as usual, I find myself with a brand new selection of residue, with nowhere in particular to place it, so without further adieu, the time to shake the proverbial sheets is upon us.
Let’s get to it, shall we?

Up first is a break away from my traditional fare. See, my old friend Millionaire Bob has himself a bicycle. It’s not just any bicycle mind you. It’s a really, really nice bicycle and he’s looking to unload it.
Since Millionaire Bob lives about a hundred miles from anywhere and hates Craig and his list, he asked if I might attempt an experimental brokerage to pass it off to some lucky buyer. I will describe the bike here, but it is actually up in the new ‘crap’ segment of the AHTBM market.
I should also note that Millionaire Bob is an A-type ex-road racer who I swear never wears the same white t-shirt twice and even once admitted to scrubbing the sides of his Vans sneakers to keep them white. Needless to say this bike has been extremely well taken care of.
Pampered even. 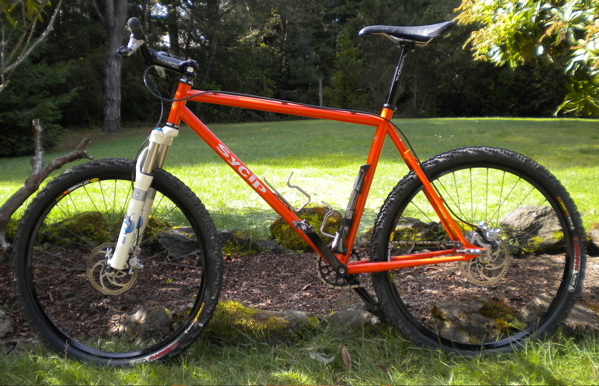 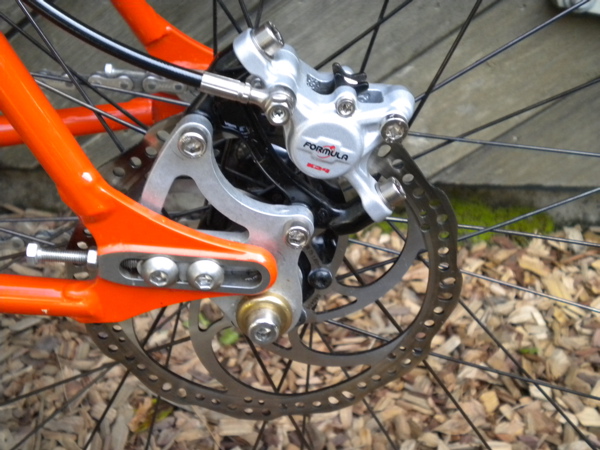 It’s probably insanely light, and might even get you laid, but there is no guarantee. One thing that is guaranteed however, is that for the ridiculously low price of $1,800.00, (that should include shipping to just about anywhere) someone’s getting the deal of a lifetime.

Anyhow, if you are genuinely interested and have legitimate questions that have not been answered here get ahold of Bob at i******66@yahoo.com, but don’t bother him with a bunch of nonsense. If you want it, sweet- here you go, but if pestering people is your hobby, go to the post office.
*Editor’s note. It looks like the bike is sold. If the sale falls through, this will be back up sometime Monday. If not, you snoozed, you loozed.*

Or, perhaps you could go to this weekend’s NAMBLA Handmade whatever and go bonkers over frames with holes drilled through the tubes to accommodate your lock, or attached cages to carry your rabbit. There will be plenty of people on hand to hassle about details.
I will not be one of the hasslers nor will I be one of the hassle-ees. In fact, I am of the opinion that while the show indeed appears to be good for independent frame builders, of which I am lucky to count a good number as friends, it tends to present itself in a bit of an erroneous light.

For example, are Santa Cruz bicycles built by hand? Damn skippy they are. Are Anvil fixtures machined, and assembled by hand? Again, yes, and my information might be skewed, but why were they charged more as an exhibitor the last year the show was in California?

Also, was an unnamed builder charged $1000.00 to reserve a booth this year, but then upon realizing he couldn’t attend initially denied the transfer of said funds to another friend who was able to attend? Yes he was.
Is this really the best way to go about supporting independent craftsmen? I don’t think so.

If anything the show should be called a ‘custom built’ show, though that still doesn’t quite answer how Shimano fits as a title sponsor, or what the specific criteria one has to meet as an exhibitor is.

I for one applaud the efforts of the people behind alternative events like the San Diego Custom Show and Oregon Manifest show as I think one Interbike event a year, regardless of how many bamboo bikes, or fillet brazed googas are on display, is almost one too many.

Though I do have to give credit to Don Walker for keeping the show moving from state to state each year, I’m just curious about what his intentions are, and if the ever increasing size and cost to the builders is what’s best for the business.

But whatever your opinion is, for your consideration on the matter, I offer you this; 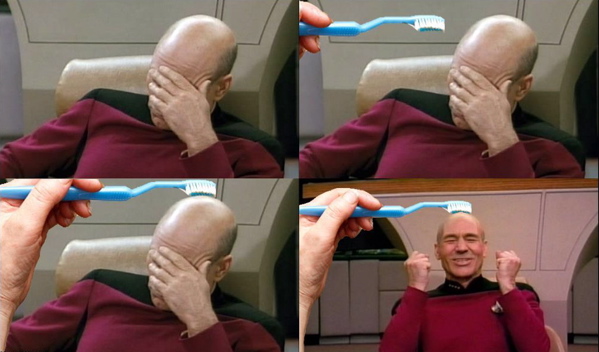 Let’s see.. What else do I have here? Ahh yes. A dear friend and certainly one of the nicer smelling of the Minneapolis Mafia, K.T. squeezed out a baby girl on Tuesday which I’m 89% certain isn’t mine; 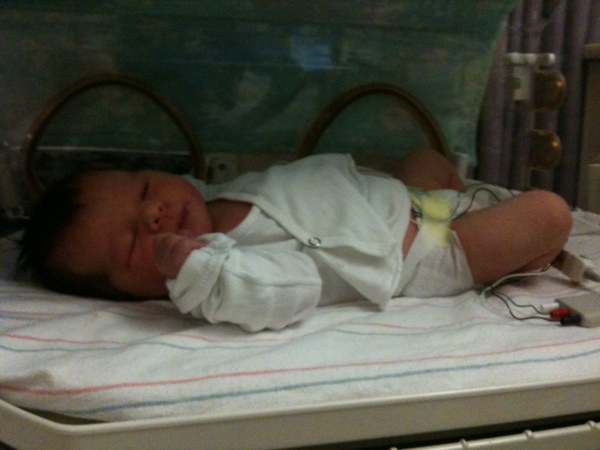 As of yet she doesn’t have a name. I suggested Piper, on account of because I went to school with a girl named Piper and despite the fact that she was stoned out of her mind about eight days a week, she was a tremendously tallented artist and had really nice hair. Until K.T. picks a name though, the young one will probably just go by ‘baby’, so any input would be greatly appreciated.

And yes, I already suggested Bananastasia. It wasn’t very well received.
Sally sent me the following clip which generally might be considered unsafe for work, unless you are European, Australian, Canadian, South American, or me.
Luckily for you all I have my meter all charged up and fully operational.

Things around these parts have been totally crazy these last couple of days, as not only could I have ever guessed that a huge number of my readers have feet, but appreciate having socks on them as well. 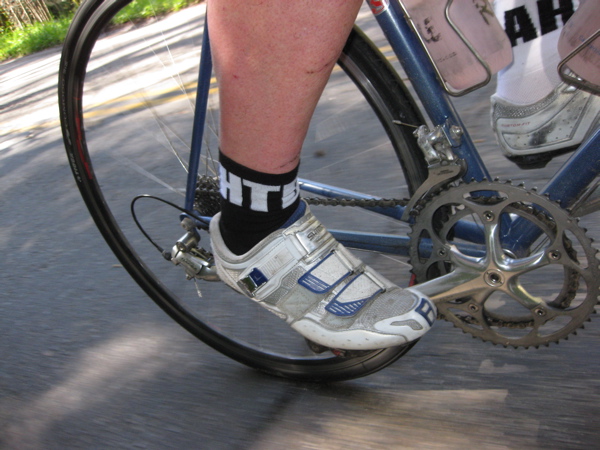 From the bottom of my heart I thank you all for your continued orders. It feels good to know that my efforts are appreciated.

Nat the ex-pat and former compatriot of mine in the mean streets sent me this shot, which I’m sure has been seen by most, but just for the sake of getting it out of my inbox I will throw it up here: 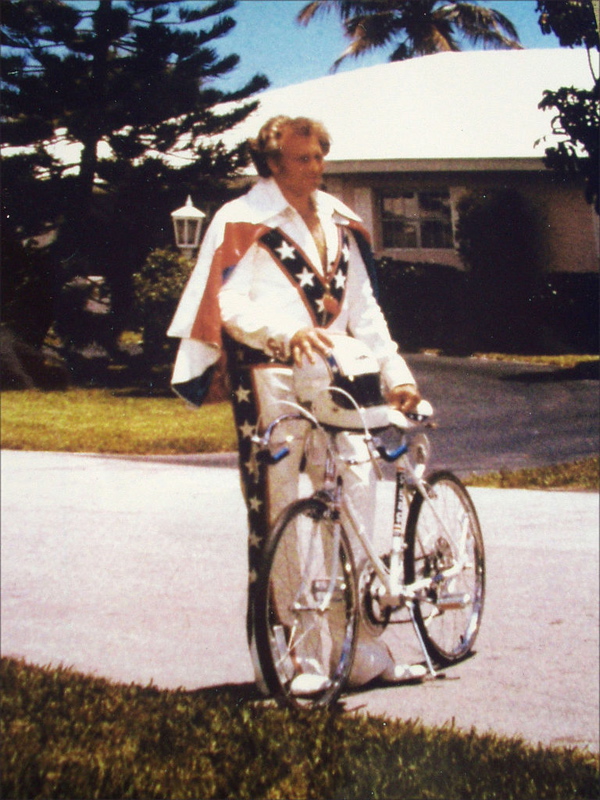 It’s somehow comforting to see that the king wasn’t afraid of a kickstand every now and again.
Though we all know Evel was the man, I’m hard pressed to say that he holds a candle to this guy; 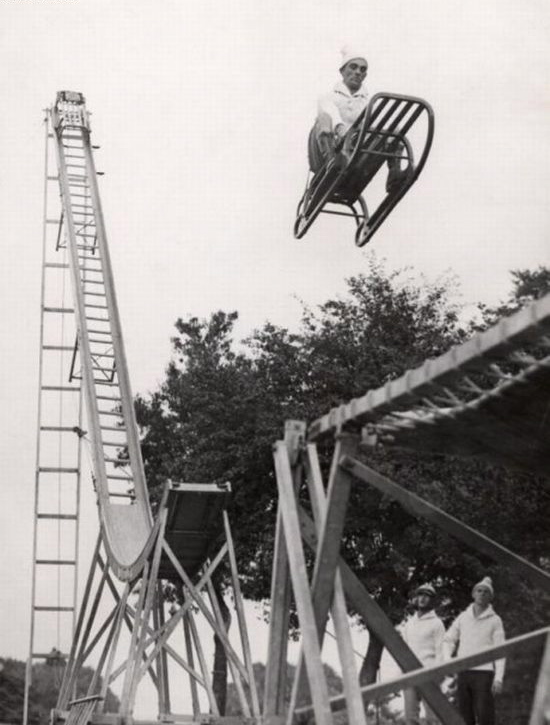 And then there is example B, proving that we all have a little bit of Evel Knievel inside of us; 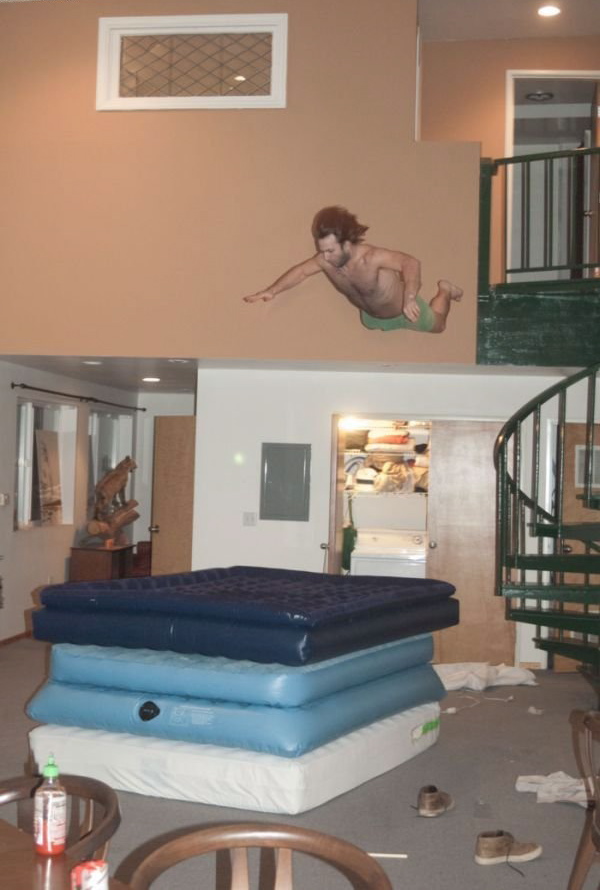 This photo reminds me of a time in fifth grade when I spent the night at Norm Meindl’s house.
In front of the refrigerator in his basement we placed a jogging trampoline upon a mattress, then about three feet away from that we put a high jump bar and about five feet beyond that we placed a huge stack of pillows, blankets and beanbag chairs. Jumping off the top of the fridge we were able to complete a front flip and then land safely on our backs in the cushioning.

That is with the exception of the time I overshot the entire pile and landed on the back of my head, knocking myself out cold. After that we deconstructed the whole thing and went back outside to play and eat a ton of those little individually wrapped pecan pies.

Anyhow, enough of my memory lane. The thing is pretty much a dead end anyhow.
Here we are on another glorious Friday. I hope that you all have some smash-banging good times lined up for yourselves riding bikes, buying bikes, practicing making babies, jumping off of stuff, or whatever it is you kids do these days.