At least that’s how the saying goes, however in my time away from any shade of responsibility whatsoever, my heart seems to be doing just fine, thankyouverymuch. 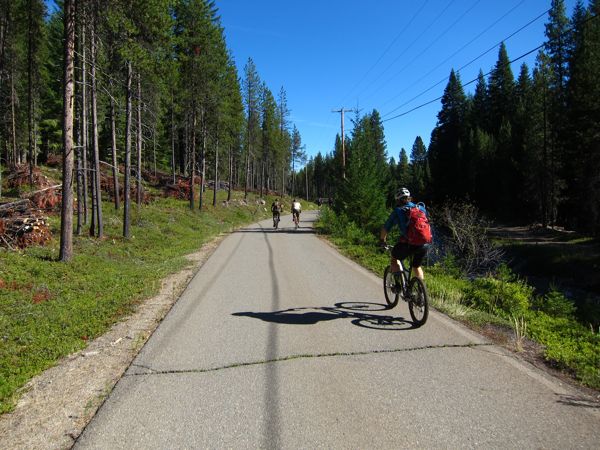 It’s amazing how adept I am at leaving bills, writing contracts, missed shipments, Youtube links, mail pick up and so fourth, behind and focus entirely on any number of relaxing activities.

Of said relaxing activities, these past ten days have held just about 99% of the ones that I personally enjoy partaking in, and that was just fine by me. For those who might not have tuned in for some time, I am on the brink of physical, mental and emotional devastation at the ripe age of 39 and will be falling over the edge of geriatrictude in one week’s time. Some months ago, (like, twenty four) I began formulating this trip to celebrate that even though the gun has been in my mouth many times, I have never actually pulled the trigger.

If your friends aren’t going to plan a party in acknowledgment of this truth, then by god, it’s up to you, so that’s exactly what I did.

Due to the facts that A) as soon as I returned home, I became absolutely buried in what had been left on the back burner, and B) in as far as my understanding of the English language goes, there aren’t words available to describe the last ten days, I will simply provide a preface and then inundate you with various visuals.

Before I get into any of that however, none of any of this would have been possible without the kindness and consummate profhessianalisim of the amazing people at Western Spirit. If they are capable of planning, organizing, and ultimately executing a dream vacation for thirteen dirtbags, then I can only imagine what they could do for a group of reasonably normal people. I couldn’t have asked for a better week, and I have them to thank for it.
So without further ado, let’s get on with the recap.

At the above point in the trip, we all went to bed. Or something.

And then the following day, this happened;

At the end of day one, we had one casualty, as GenO took a mystery header right in front of my eyes and did some rib, finger, head and neck damage. He was alright, but the crash would eventually pull him out of a day’s worth of reindeer games.

Finally, towards the end of day one, we did a lot of this;

And just a tiny bit of this;

Unfortunately my plans for ‘Stevil’s Five Day No Shirt Extravaganza’ were foiled by a front of foul weather, though while my nipples did no airing, it in no way hampered our desire for the rad getting, which we continued doing brilliantly;

Luckily for all of us, we got a rainy mid-ride break in the form of several natural hot springs, the healing powers from which we could have used subsequently many more times over the course of the week;

Wrapping up the day’s ride with one of the two funnest descents of the week, a few of us undid the spring’s warming powers with baptisms in the ice cold drink;

As quick as we could we hustled back to camp to put on dry clothes and continued where we left off the night before. Unfortunately, our dry clothes were not long for this world, as this was when the two days of rain came along to sit squarely on our heads. Luckily we are a hearty bunch and made some lemonade from the cloud’s lemons;

Though the rain gods couldn’t dampen our spirits, our fire wasn’t so resilient, as GenO fanned the flames until the wee hours when we all finally called it a night;

Just like day one and two started, so did day three, as we dragged ourselves from the soggy embrace of sleep to find the rain had slowed, allowing us to turn the screws on ourselves for another day;

Arriving at the following depicted section, Rick Hunter slowed his role and muttered something about having a ‘naturegazim’. A more appropriate description could not be conceived;

Continuing on, we found more of this;

So where are we? Day three? Yeah, I think so. When you are immersed in lush fern groves and riding mile after mile of rippingly fast roller coaster trail, it’s easy to lose track. One item that I would like to mention, which unfortunately went undocumented was that shortly after the previous photos were shot, I took the lead of the ride and rounded a corner well ahead of the group. As the trail straightened out, about 30 feet ahead of me, I see the hind quarters of what I would guess to be a 350 pound brown bear hauling ass up the hillside to the right, and opposite of that, a baby bear scampering up a tree.

Now I may not have paid much attention to my elementary school nature survival classes, but one thing I am well rehearsed in is steering a wide berth around bears and their young. Immediately I turned around and broke back to collect the group. Waiting fifteen minutes or so, we all decided to charge in an attempt to quickly clear the danger zone. Rounding the corner again, Amigo #3 stated he saw one cub headed in the same direction as I’d initially seen the mom run. Cautiously ambling through, the front of the group all simultaneously looked to the left to see the first cub, still in the tree.

So for you not keeping score, there is one very large brown bear and one cub (that we know of) together, though we still have inadvertently put ourselves smack dab between the mama and the second cub, which is a very, very bad place to be.

In a flash, the bulk of us took off to a reasonably safer zone about a quarter mile ahead, though four of us remained missing. As it turns out, they were sitting exactly where the second cub was, looking down the hill for it, unaware that they were only a matter of feet from where he was still hiding in the tree.
Apparently they hadn’t heard the call to get the hell out of there, like now, and fell behind to see if they could catch a glimpse. It’s stories like this that you read about in nature magazines under the Darwin Award heading.

Luckily we finally rejoined forces, and continued on our way. Soon the rain began falling once again, so we wrapped up the day’s ride with more fire and yet another delicious meal which our guides, Josh and Simon were absolutely thrilled to clean up after;

The evening held more of the same as the previous had. We talked about various bits of the ride, the fact that we weren’t dead, our desire to go swimming, the craft of lighting a fart and so fourth. As had occurred every night before, a few of the world’s problems were solved bit by bit until it was once again time to rest our weary heads.

For the first day in a couple, the nicer weather looked like it was going to hold, so we crossed our fingers and embarked on another day of riding and highjinkery;

By this time in the trip, my trigger finger was getting weary, and the stopping and starting was beginning to become a little more difficult for me. Maintaining a decent pace while not letting both of my calves and thighs cramp simultaneously increasingly became the focus, which might explain why the post’s photos will possibly begin to dwindle and I will have to simply describe the scenario, while using canned shots like this;

Those guys totally saw my wang.

Once back to camp, just as we had done for all of the pervious days, we made fires, opened cans, mixed cocktails, ate food and bathed in another day of awesomeness until it was time to retreat to our tents and sleep the sleep of the contented;

On our final day, we pulled ourselves together with the bittersweet knowledge that it would be our last in the woods together. Everyone donned their half dry and smoke laden gear and headed off engage in day number five of radtardedness;

After some food and two brutally brutal climbs which nearly finished us all off, we finally came to the conclusion of our adventure, and a final dunk in the purifying waters of the Umpqua River;

Not bad work, if you can find it.

The trip was over and none of us were the worse for wear. We eventually returned to Medford to unload and wash several days of stench from our persons. Some of us broke South, some of us broke West, and some of us broke North. Like so many derelict leaves falling off of the same tree and blowing away in the wind, with what at one point only moments before was a similar directive, we were all soon scattered across the map.

I have a sequel to this saga that was two nights in Portland, which if you can believe got even more nuts, but that, as they say is another story for another day. So down the list of people to thank, I have my friends, the Western Spirit Dream Makers, and you all for sitting tight through my hazily recollected account of what will soon be a distant yet passionately embraced memory.

For some, turning 40 might seem like the end of a chapter, but after this past week, I see that my life is only now just beginning;