Ask nearly anyone who would admit to knowing me, and they would tell you that there is very little in this life that I enjoy more than some good, old fashioned mail. 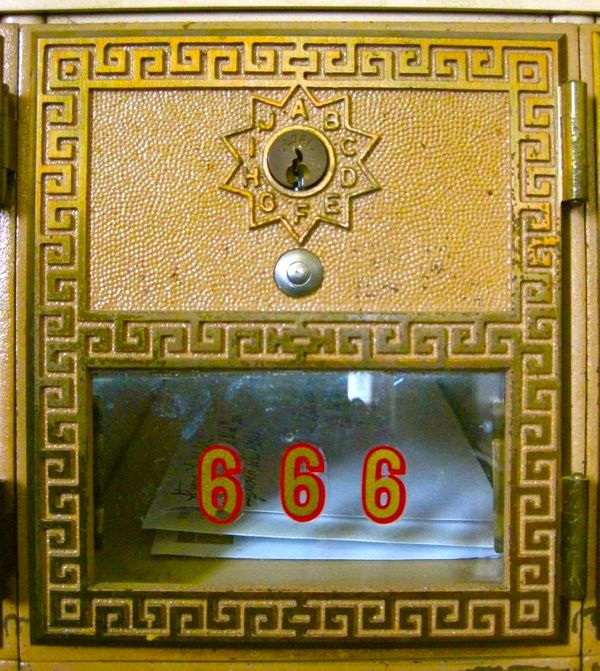 Some days the wind whistles through my po box like wind though a whistle, but thankfully on other days, it’s a regular bonanza of cool stuff. Friday happened to be one of those days.
I got a couple of packages that were nearly enough to make me stop what I was doing then and there, and drop to the floor to do the worm. Thankfully I happened to be wearing my sister’s pants at the time which prevented any such spectacle, as well as mortal injury to both me and any individuals innocently standing nearby. The items of which I speak are one of the aforementioned Ritte Van Vlanderingham cycling caps, pictured here looking fetching atop the dome of AHTBM model Khloie;

As if that were’t enough, I also took delivery of one of the highly coveted hairnets made by Corndog himself;

What was especially radtarded about this item in particular what that Cory very thoughtfully customized it for me;

Included in my package from Dank H.Q was a note written upon squares of tarp regarding a special deal he has cooking with his Coozie Of The Month Club;

Some extraordinarily generous anonymito out there somewhere to whom I owe thanks signed me up for the club, so along with the hairnet came my first sampling;

As I’ve said often, sometimes good thing do happen to bad people.
Speaking of mail, why don’t you do yourself a favor and make sure I send you some?
Just last week Stroker Ace Bob sent me some new product that will be sure to offend;

Sheeoot.. I have all kinds of stuff in that treasure chest, not the least of which is a brand new order of the large Blackweiser socks;

Be a sport and help me help you help me help you.
As far as this goes, I got a fair number of orders last week after the Snob of Bikes included a link to in a certain sticker in the midst of one of his posts. Firstly I would like to thank him for his efforts, and now I owe him his standard cut of 25% which totals out at about $12.00. Secondly, in the flurry of envelope stuffing, I seem to have gotten one of the orders confused, as detailed in an email from the recipient;
“Yo,
Just wanted to let you know that I ordered “Drink beer…” and got “Drank beer…”
No big deal, but I’ve only been drinking beer for a few months, and I’ve know about it for about 22 years. I feel like I’m lying to people.”
I told him that just because I made the stickers doesn’t mean I know how to read them. He asked if I wanted them back to which I replied that he should just hold onto them until they are relevant.
That right there is the sort of customer I want by the truck load.
In light of my rant concerning King Don’s hullabaloo this past weekend, it might seem erroneous for me to post this next bit of news, but in just under three week’s time, there is set to be a brand new celebration of regionally and independently hand crafted bikes and parts right here in San Francisco;

Everyone is welcome and you can feel free to have an impromptu bike polo match outside if you wish. Unlike the NAHBS, no one will break it up due to the fact that they didn’t authorize it.
Long before this event occurs however, the local yokels at The Hive are plotting to have their own kind of melt down.
Charlie writes;
“There will probably be some booze and snacks… and shenanigans.”

As if ‘shenanigans’ even needed to be said. I’ve heard a lot of funny names for one’s penis, but ‘the hype machine’ is a first.
Finally, from Chip Baker of HUP United, I get this notification of his impending march on Washington;
“In less than a month I have committed to ride to Washington DC with Tim Johnson and a group of bike advocates to raise funds and awareness for Bikes Belong. Tim Johnson is a professional bike racer and local cycling icon from the North Shore of Massachusetts. He is one of the few PRO bike racers who really give back to the sport in a really meaningful way. And he walks the walk. This ride and fundraiser is a perfect example of that. Cycling is an incredibly healthy sport and can be a vehicle for transformation. Bikes Belong is one of our most powerful advocates to ensure we have safe routes for kids to ride to school, to keep our rights on the road intact and to promote the healthy lifestyle that cycling embodies.
A lot of you have probably already heard of this ride. The idea is for Tim and a few like minded advocates to ride 5 days to Washington to the National Bike Summit in Washington, DC. They will make 5 stops along the way where they will spread the word and meet other bike advocates. It is an ambitious undertaking to say the least. My plan is to ride with them at least one of the days and possible two depending on my family commitments.
I have a hard time asking people for things. Especially money as I know its a tough time for a lot of people. But if you ride a bike, if you race a bike especially on the road it is important that we support these advocates. If you can, please donate anything. One dollar, twenty dollars what ever amount you can to any of the riders pledge funds. Each rider is attempting to raise $1,000.
We will be having some events in the coming weeks to promote the ride and do some fundraising. I will keep you in the loop as the details come along. In the meantime, thank you to any of you who have already donated to the ride. If you can please pass along the link to the pledge drive and spread the word as best you can.
Thank you all for your support.
Cheers
Chip”
So there you have it. Another entire post that doesn’t really say anything.
And not that Chip’s plea has anything specifically to do with sending or receiving mail, with the exception that I wasn’t smart enough to navigate the donation site so I simply sent him a check. I’m like Daddy Warbucks, but skinny, three dimensional, and poor.
Wednesday, Wednesday. Chachacha.

6 Responses to “Working twice as hard to be half as good.”