After such a trying week, I think I deserve some ‘me’ time.

We all need hobbies.
On Wednesday, Cobra Commander and I spent the better part of the day shooting the breeze and installing a few visual details on this here website that were gifted to me by Zoltron;

Here the Commander is looking very pleased with himself, and just a touch ‘Downsie‘.
I say ‘gifted’, which isn’t exactly accurate. Zoltron is a highly skilled artist and web designer. Despite the fact that it only took him forty three minutes to design the changes, it cost me exactly $16,000, leaving me $25.00 with which to buy the Cobra Commander lunch.
As long as he paid for the tip.
And thus concludes our trip through the back alleys and sewage tunnels of how this site stays afloat.
Among other topics we broached while making with the tweaks, we discussed contests. Initially I came up with a terrible one. And then another terrible one. And then finally a simple one.
I like postcards. They are concise, yet expressive and for a small fee can communicate 5×7 inches worth of ideas.
Make a postcard. Draw it, or write it, or type it, or do all three and send it here;
AHTBM
P.O.Box 686
Soquel, Ca. 95073
Ultimately I will pull three from my fashionable chapeau and those chosen will get a Paved Mag and Sh*tb*ke gift bag.
First you will get your choice of a black shirt printed with black ink or black shirt printed with black ink;

And a dynamite as well as extraordinarily rare pair of ‘I Like Sh*tbike’ socks;

For good measure, I’ll throw in a goodie or two from my own stash and we’ll all remain friends.
Make sure to include on the card somewhere what size t-shirt you wear and how many feet you have.
Keeping on with the wizardry of the Wizard Staff, I got a heads up notifying me that my record is swiftly dwindling;
“Stevil,
The Wizard Staff was one of the events at a friend’s Manlympics bachelor party. I won. Curious if you play with the rules about stealing other people’s staffs if they’re not holding on to ’em?
Photo proof of my winningness attached. That’s 16 PBRs and a Bud Light, none stolen, and a royal pain in the ass to drink from; 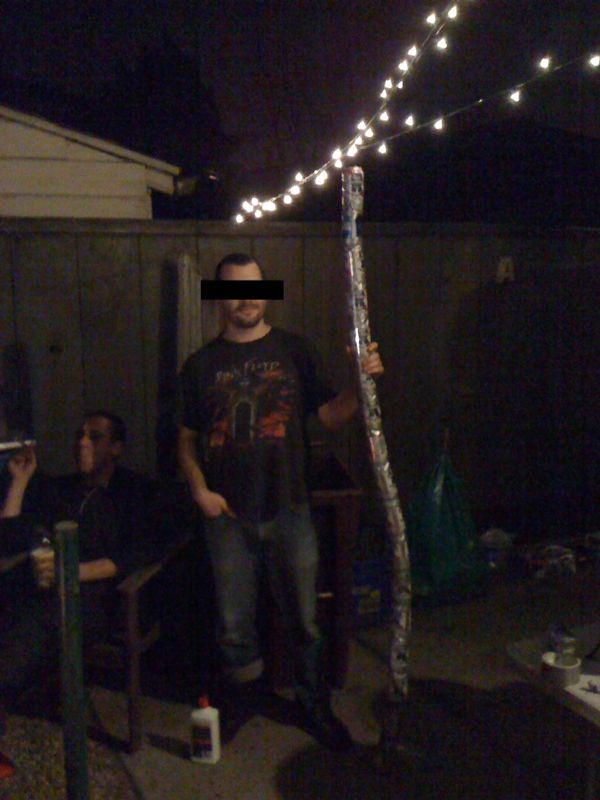 Also attached is a photo of the (now-replaced) 666th Street sign in Berkeley that makes me think of your fine interwebblog every time I ride past it going the wrong way on that one-way street. 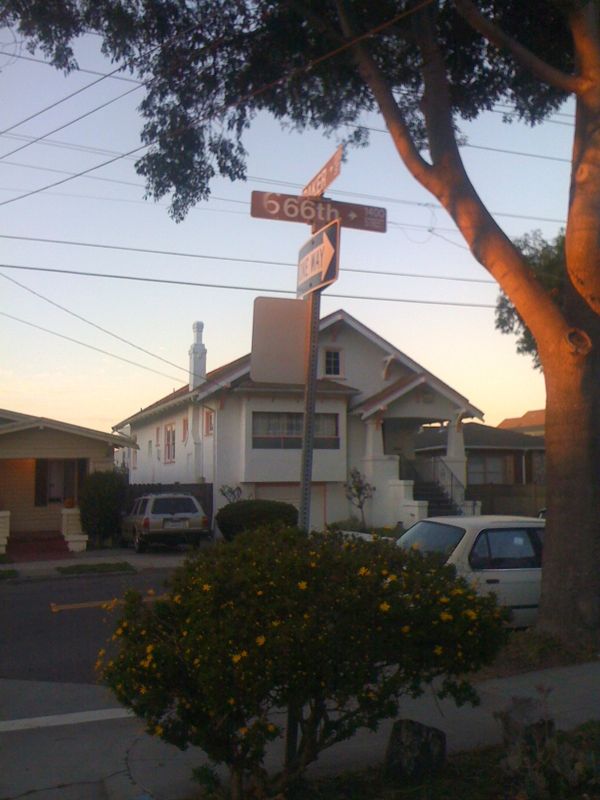 Hope you feel better soon
X”
In response I told him that in the sake of fairness, a time limit maybe needs to be established in order to officially declare who among us is the most wizardy of them all, or at the very least we need to have a day when we all can simultaneously go head to head, toe to toe, and staff to staff… The homoerotic implications of which are staggering.
With summertime being pretty much all over the place right now, I would like to throw a dart at the calendar and declare June 25th Wizard Staff Across The World Day®.

Take some initiative and make this occur in your own dumb neighborhood, or better yet, do that and then buy me a plane ticket so we can enjoy the day together.
And even better than that, do all those things and then make sure you live in Australia.
Then, we will all meet up the following week and swap stories about how “Jeff had to hold Carly’s staff while she barfed, and while he was casting spells on everyone he tripped over the huge Garfield beanbag chair that Simon insists on keeping in his backyard and fell into the fire.”
Because besides having stories like that, most importantly, Wizard Staff Across The World Day® 2011 is about bringing together developmentally arrested canned beer enthusiasts all over the world for a single cause and a single purpose.
When I figure out what those are, I will be posting them here.
If you want to spread this word, and I insist that you do, I have housed this fantastical piece of digital artwork right here on my Flickr page.
This is a social event for all of us, so that even though we’re apart, we will all be drinking together.
Unless we’re together.
Or you don’t have any friends.
Moving on.. AHTBM sponsor, master welder, and all around sweet fellow Christopher Igleheart got in touch with some info that might be of interest for folks residing in and around New England;
“Stevil,
Hope you get to ride a bike soon & your feeling better.
I have had tech flue, computer crash, so do I & cell phones don’t float, guess that was a media shut down for me.
Anyway, I am showing bikes & stuff along with some other local builder types, ANT Bike Mike, Firefly, Geekhouse, Sylvan Cycles& a bunch too many to mention of other bicycle related stuff at The New England Bike Expo(dot)com in lovely & historic Somerville, Mass. this weekend;

Kind of a home coming for a few of us old guys. It is a bike swap too & apparently 8 bands & beer involved. A jamboree of sorts, bring the whole family.
Keep up the good work.
Cheers!
Christopher”
Make note that (unless I’m reading my calendar incorrectly, which isn’t that unusual an occurrence) this event is taking place on the morrow. Get your boxes of broken parts and punctured tubes and get down there to make some cash, which you will then spend on some new stuff, thereby stimulating the economy and being a good Amerikun.
Or you could just stay at home in your skivies and ride around on the shoulders of an old guy.
Arybody got they own kind of fun.

7 Responses to “A standard array of Black Market endorsed crap.”