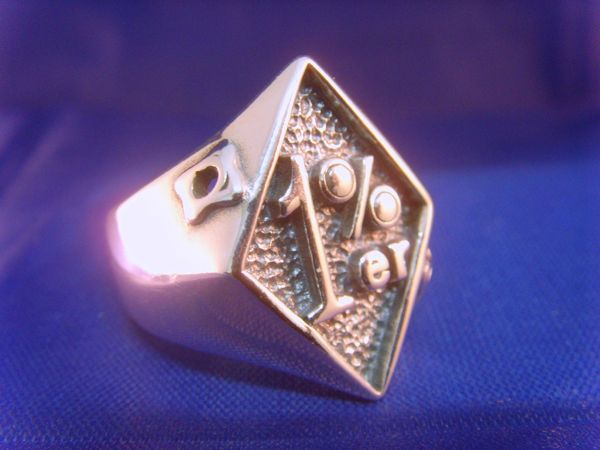 Considering the fact that this is a bicycle, and bicycle parts and people related website (with the exception for when it’s not) I thought I would revisit an honest-to-god parts review I did back a year ago this past October when I not only offered my initial feedback on some Easton Haven wheels;

But I initiated my one to five pentagram rating system;

At the time I gave these five out of five stars, with the only drawback being their price, but indeed you get what you pay for.

Now that I have put thousands of miles and hundreds of hours on this set I feel as though I can offer a more qualified perspective. I’ve yet to even think about coming near these with a spoke wrench, which is high praise indeed. They are as true as the day they arrived in my garage.
Any low marks I might offer would be due to the fact that the bearings needed to be replaced in the front wheel within a year, though I understand that the initial bearing run left something to be desired and any problems that were occurring previously have been resolved.

Secondly, and this might be due to the sheer power of the rock crushing pistons that are my legs, but it seems as though my cassette scored the free hub body making removal nearly impossible. Once I lubed it up with two cups of my tears and blood, it eventually came off, revealing this;

Each of those small impressions acted like a tiny power lifter with chalked hands and a death grip on the cassette.
Fortunately I evolved from a monkey, blessing me with the ability to use a file;

I fired the cassette back on as quick as you please, and ran around in little circles doing my “I’m the best mechanic in the world” dance.

Even with the bearing and free hub issues, I still think the Easton Havens are, as the kids once said, the cat’s pajamas and I would enthusiastically put both thumbs in a upward direction if one were to inquire whether or not they should procure a set for themselves.

For those in the market for stocking stuffers, (I tend to use stockings to stuff, but that, as they say is another story), Michael came though with one idea that might tickle your peacenik fancies;

“Hey Stevil,
My friends and I did a Born to Kill cycling cap. We were hoping you could help us get the word out via your blawg;

Right now we are selling them through my online store, and can be found here.
My cyclocross season in Boulder, where they take that kind of thing seriously, is over. I am busy coaching skiing.
Thanks for your help!
Michael”

I’m always happy to assist, and I appreciate the tip of the helmet to ‘Full Metal Jacket‘.
Mr. Kubrick would be proud.

In other news of bike stuff you can spend your hard earned money on, back around September I posted photos of the Handsome Cycles Shop Bike;

What you maybe didn’t notice when I’d initially posted the photo was the level of overwhelming warmth emanating from Handsome Bicycle’s Ben Morrison;

Anyhow, I had also mentioned somewhere along the way that Handsome and I partnered up to do a limited run of All Hail The Black Market branded Shop Bikes, and after many trials and tribulations, I finally got mine dialed in last week;

I haven’t yet put the finishing touches on it with the updated Black Market sticker pack, but when I do, I’ll go bananas with it.

The first ride was good. The frame actually stopped me in my tracks in that it felt as comfortable as any of my custom bikes, and considering that this was my first time out on dirt aboard a coaster brake bike in years, the overall ride definitely took a little bit of getting used to. The hub is one of the Handsome prototypes that was reengineered by none other than Wakeman Massie himself;

It’s all pretty much totally top secret (i.e. I don’t know any of the specs) but I can tell you that it’s got sealed bearings and is completely serviceable (i.e. I took it apart, pieces went everywhere, and I was able to figure out how to put it back together.)
Tentatively all of these goods should be avalible in April(ish) through your nearest friendly retailer, or through Handsome or me, oooorrr the dude with the holes in his pockets who lurks in the alley behind the elementary school.

No.. I’m sorry. That’s not funny. But do you know what is funny? Norway’s butter shortage;

Or at least Tommy’s insistence that it’s not funny, is.
One matter in particular which is not of the laughing kind is San Francisco’s Pushbike, the proprietor of which made contact with me regarding the following matter;

“Hi Stevil,
The Pushbike online shop has been updated and offers hard to find backpacks from Freight Baggage, our Team Jerseys, some R.E. Load stuff only available on our site, and more…

Check it out and feel free to post. Thanks
Sarah”

That Sarah is a nice person and I am glad to see that he empire is continuing to grow.

I am also glad to see that she has chosen to use Castelli to make her new jerseys, because I really don’t like Champ Systems very much.
Have I mentioned that before?

In news of Western Wisconsin and a current battle to save some open space, Devin got in touch and gave me a huge pile of information to sort through and attempt to make an easily digestible and concise announcement.
It seems as though there is a parcel of land that some people want to develop, and some people want to keep as open space.
Really, it seems to be the oldest story in the book.

I asked Devin what I could do to help and he responded in kind;

“Here are the dates for the park land conversion issue, please mark your calendars for the meetings as public input will be important:
City Plan Commission Meeting-January 3rd at 4:00 in City Hall 3rd floor conference room
HPU (highways, properties and utilities) Meeting-January 4th @ 7:30pm in City Hall council chambers 1st floor
Committee as a whole-January 10th at 7:30pm in Council Chambers 1st floor
Council Meeting-January 12th at 7:30pm in Council Chambers 1st Floor
The first three meeting all allow for public input, the final council meeting typically does not have public input. I know this is a big commitment to be at all of these, the most critical of these is the January 10th Meeting in which all voting member on this issue will be present. Having a large number of supporters will greatly impact the outcome.

Additionally we will try to put together some brief talking points and critical contact information of city decision makers. Letters of support from the businesses you work at would be helpful as well!

This more than anything is a land grab and a chance for a few to make some money on a development.. Truthfully the tax dollars that the city would gain don’t add up to Shit.

I know that you have to been to Portland East we are just two hours down river and have some of the best road and off road riding in the the state. and to see these trails and more importantly this untouched gem disappear would be a shame.
You have a big voice and anything you maybe able to do would help.
Devin”

Alright, so dig this. If you live in La Crosse, or Madison, or Eau Claire, or even Portland East, mark your calendars and attend these meetings. If you don’t, contact the La Crosse city council and let them know you are paying attention.

Or you can just simply ‘like’ the open space supporter’s Facebook page. All of these things will show that the park’s preservation at least has numbers on its side, and sometimes that’s all it takes to tip the scales in our favor.

This isn’t an issue that only effects Devin and his local scene. This is an issue that we will be seeing more and more frequently. It really is up to all of us to look out for each other.
And that is 100% the truth.