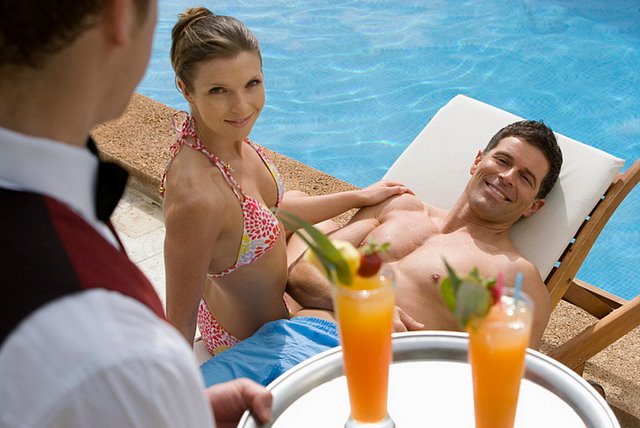 Welcome back to my friends, and enemies, and frienemies alike. I hope that the weekend treated you fabulously with lots of burgundy vested waiters bringing you and yours refreshments of every sort.

Minneapolis West has recently suffered several blows with major injuries to at least three of All Hail The Black Market’s friends, which sucks for a whole lot of reasons. Mainly because with them on the injured reserved list, I only have Cheever tuning in here, and he doesn’t even know how to read.

Anyway, the first notification comes from Captain Dave regarding friend of Ironclad Cycling’s Bernard Sanders. According to the Captain, Bernard had a low speed and totally innocent spill while riding his mountain bike recently in Bend, Oregon which resulted in a catastrophic set of injuries including some to his neck and spinal cord; 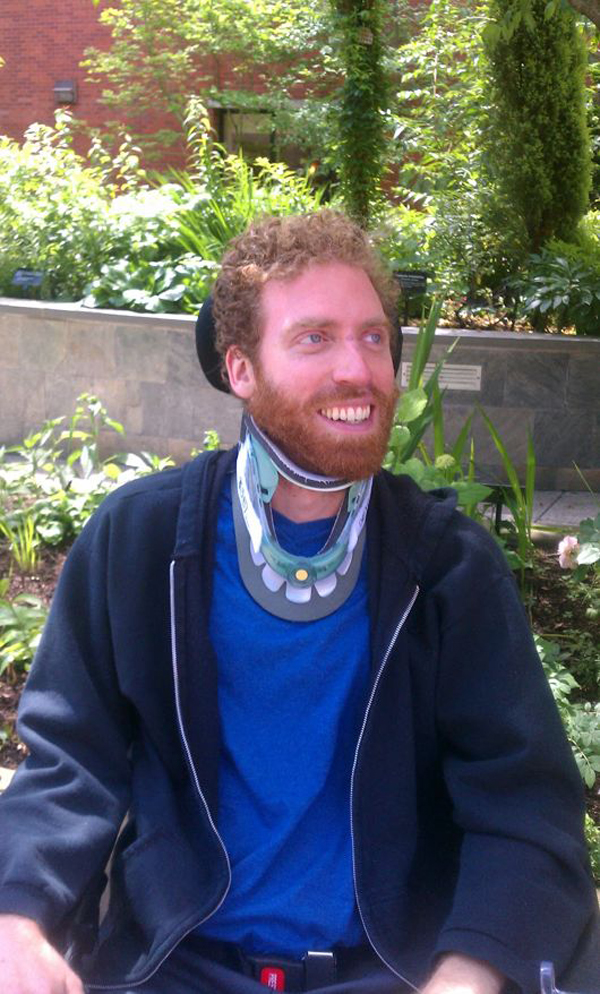 If you might want to read up on his road to recovery, and send him as many good vibes as you can spare, (but knowing the AHTBM audience as I think I do, most of our vibes, although good, tend to be a bit inebriated as well), you can do so here.

Then on Thursday I got word that fellow derelict and all around solid cat Mat Barton got a full blown bummer dealt to him at Minneapolis East’s weekly short track series just last Monday;

“Stevil,
Last week JVA’s good friend, Mat Barton, crashed during a short-track mountain bike race here in Portland and broke his spine. He underwent several hours of surgery to fuse shattered vertebrae, but remains paralyzed from the chest down. We are absolutely devastated. Mat is one of the nicest, most humble gentlemen you could ever hope to meet. Despite having health insurance (he works with Cheever at BTD), he is facing a long and expensive road to recovery. His friends and family have started a fund to help defray the costs of his treatment and therapy. If you could please do us a solid and put the word out we would truly appreciate it.
Thank you, sir.

Peace to your middle crease,

Around the same time I heard about Mat’s plight, I got word that my dear friend, and recent Brooklyn (re)transplant Aden Shades got doored in the worst possible of ways, and besides damaging her trachea while impacting the corner of the car door with her throat, she nicked her carotid artery, which had it not been for a trauma nurse who happened to witness the accident and rushed to Aden’s aid, would have meant almost certain death.

Luckily for her, she was treated immediately and rushed to a local hospital where she will be in the ICU for 10 days; (I would like to note that Aden is not in fact drinking a beer, as she is currently on a feeding tube, but rather holding it for Captain Dave while he lives out his E.T. styled fantasies.)

Please excuse my French, but holy shit. Our friends in Minneapolis West have certainly been dealt a series of devastating blows these last few weeks and I for one am wishing them all full, and speedy recoveries. I am looking quite forward to a time when all of these incidences are just ugly memories in our proverbial rear view mirrors and we can all high five each other in good health.

It hasn’t been all bad in the City of Roses recently however, as I got tipped off that Ironclad Cycling’s own Brianna Walle has left no stone unturned in her quest for world domination;

It was just two weeks ago when I had a gaggle of Ironclad’s ladies darken my door after their domination at the San Jose Omnium and Nature Valley Pro chase qualifier.

My house has most never definitely been faster than it was that night.

As heavy as my heart is for the first three sagas I’ve poured out today, it is simultaneously bursting with pride at the accomplishments of both Brianna and her teammate Anna Grace Christiansen. As the bads happen in threes, let’s just hope the goods have one more trick up their sleeve.

In news of Black Market related business, I have recently taken delivery of three new decals which one would most certainly want for no reason whatsoever;

Ordinarily I’ve been quite adept at coming up with all of my own irreverent slogans, but I have to offer credit where credit is due, and the source for the second two is none other than California DeStrephano. He is indeed a silver tongued devil and I am an opportunist of the worst sort. Rest assured however, when I sell my millionth sticker, I am going to take him out for a really nice dinner.

If you might find that you have a need for such things, they can be found over in the store, here, here, and here.

Show the world what you think of stuff, and help me chip away at being able to afford my ruby lined swimming pool.

In other news of things that are impossible to ignore, it’s widely known that this coming Saturday will see the second annual Wizard Staffs Around The Universe celebration (I changed it from ‘Wizard Staffs Across The World’, because I didn’t want to exclude anyone); 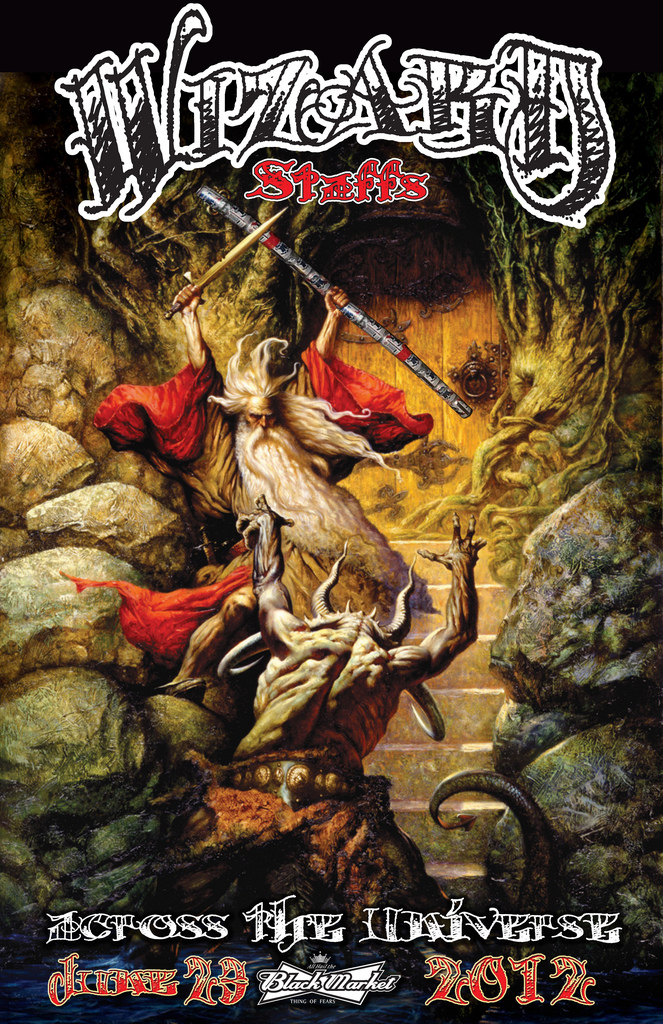 As I’ve said a number of times already, this is simply an event which will insure that while we might be separated by distances, our swollen hearts will be beating as one as we all consume to a probably irresponsible amount.

Though all participants may be scattered across the galaxy, we will be drunk together, and if that’s not a unifying force for good, I don’t know what is.

Even better if each individual unit of the staffs is served to us pool side. The burgundy vest however, is totally optional.

13 Responses to “Another day in the salt mines.”