Because there are a lot of sweatsuits, pocket watches and Adistar-esque knock-offs for me to soil. 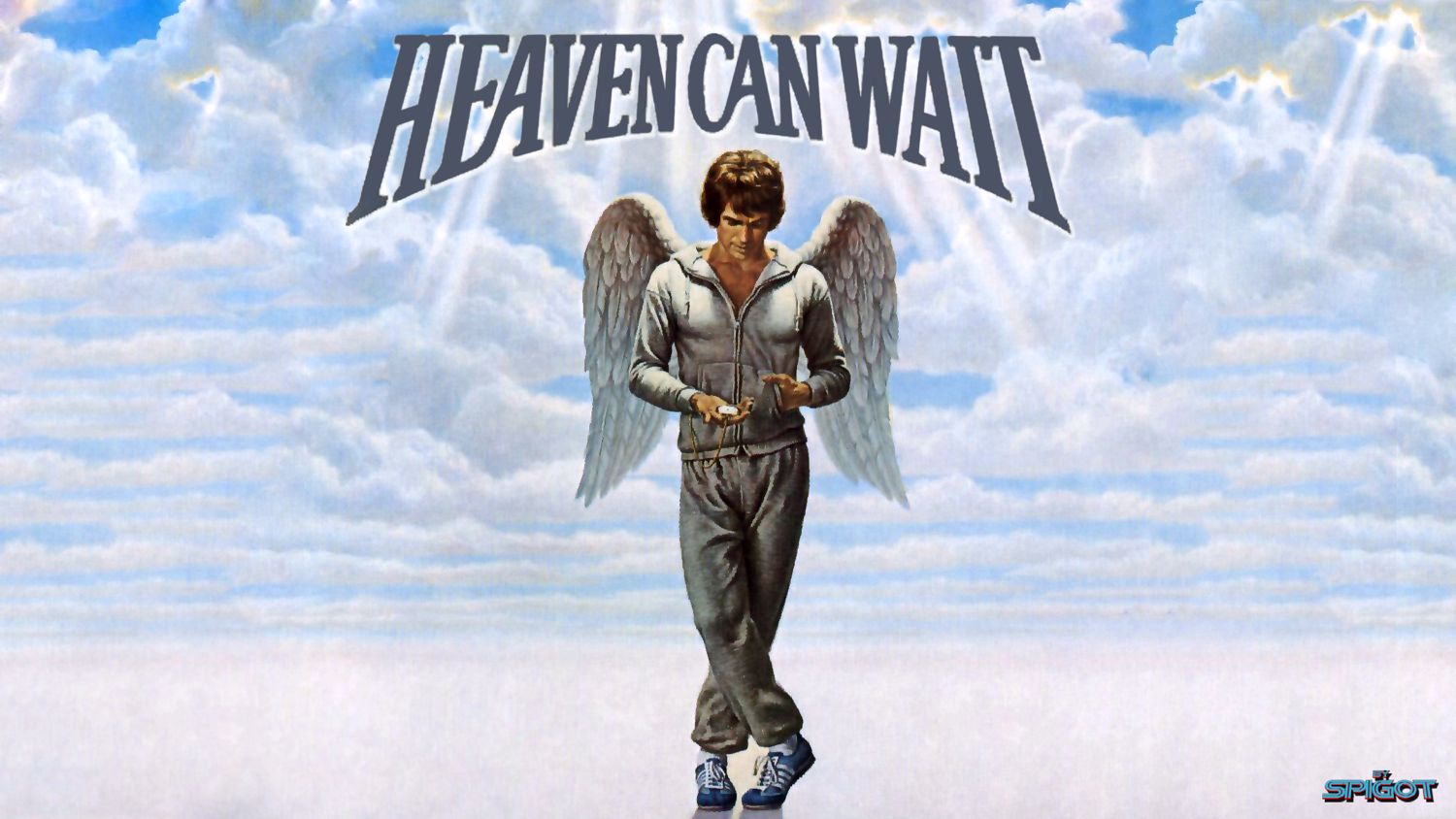 Wouldn’t you know that as soon as I was going to regale you with tales of the week’s worth of fun bike rides, I should have a freak accident and wind up with a sprained wrist?

And the way this accident should have occurred is nothing short of totally puzzling either. I was actually slowly riding to a stop light, and pulling up next to a car containing my friends Joe and Lexi. “Hello you jerks” I said, (or something to that effect), and as I was releasing my grip on my hood and lever, there was a notable ‘pop’ in my right wrist, resulting in an inability to move my hand.

Limping my way home I attempted to ‘walk it off’ as it were, but the swelling began almost immediately and with it, a terrifically bad mood.

Luckily, the day before, I embarked on a reasonably noteworthy solo adventure as I woke up with a desire to ride as much dirt as I could from my house to the city of Berkeley, California. (That’s where self-righteous Volvo drivers and white people who have non-ironic dreadlocks live.)

As the crow flies, I don’t think it’s more than ten or twelve miles, but with a little bit of creativity I was able to string together almost thirty miles of legal and questionably legal dirt, and only about a total of three miles of pavement between it all. Please note I am not boasting of the distance, but rather the actual amount of trail I was able to sting together within the confines of an urban environment.

I would regale you with my feat by linking my Strava account, but again, I don’t like Strava, so I don’t have one. Instead I’ll just post some photos.

I kicked the whole shibang off with some of this, which I will affectionately refer to as ‘my backyard’; After a short spell and a tiny bit of road, I began climbing up this; As you can see in the above link, a group of do-gooders got together recently and trimmed this section of trail out in a highly profhessianal manner, to the appreciation of all individuals who will forever tread upon it.

From that point it was miles more single, double and quintuple track, until I arrived at the spot where I would be forced to make a choice between being a law abiding citizen or an earth marauding scofflaw. Continuing with my directive, I opted for the latter. This was a reasonably short stretch however, and one that didn’t pass over environmentally sensitive areas, or the habitat of endangered species; 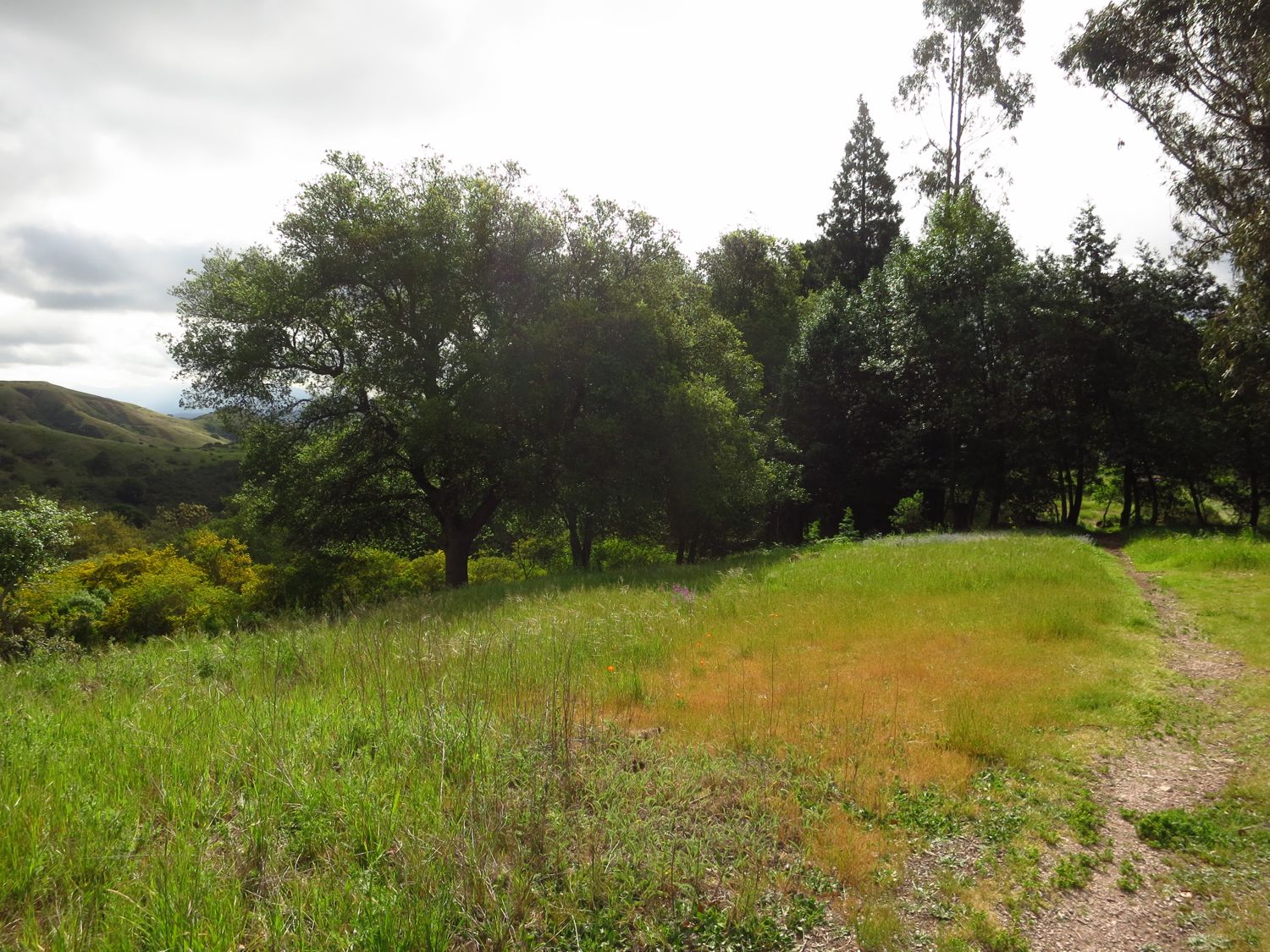 Without seeing a soul, I pushed forward where my tires once again met the pavement for a short climb uphill to the next section of trail which was forever closed to cyclists until only recently. After a couple of creek crossings and tripping the light fantastic over a series of high speed rollers, I came to the place where I had to make yet another crucial decision. Ride up the road, or continue on what basically was the same trail, but outlawed for bikes.

Just up ahead on the road I noted that there was a maintenance truck and sounds of THE MAN clearing brush with an electric saw. I opted to push my luck and ride just out of THE MAN’s sight with hopes that the sound of his saw would drown out that of my tires on the pea gravel. Just as I was neck and neck with him, the saw stopped, never to be heard again, raising my suspicions that the jig was up, and I would soon be meeting him at the end of the trail.

I rode as if a ticket weren’t in my immediate future and the gamble paid off. Finally emerging from the brush, I saw neither hide nor hair of him.

Now came the longest stretch of pavement with a short, steep climb falling in somewhere around a mile long, which is cut short by the final dive into the thicket; 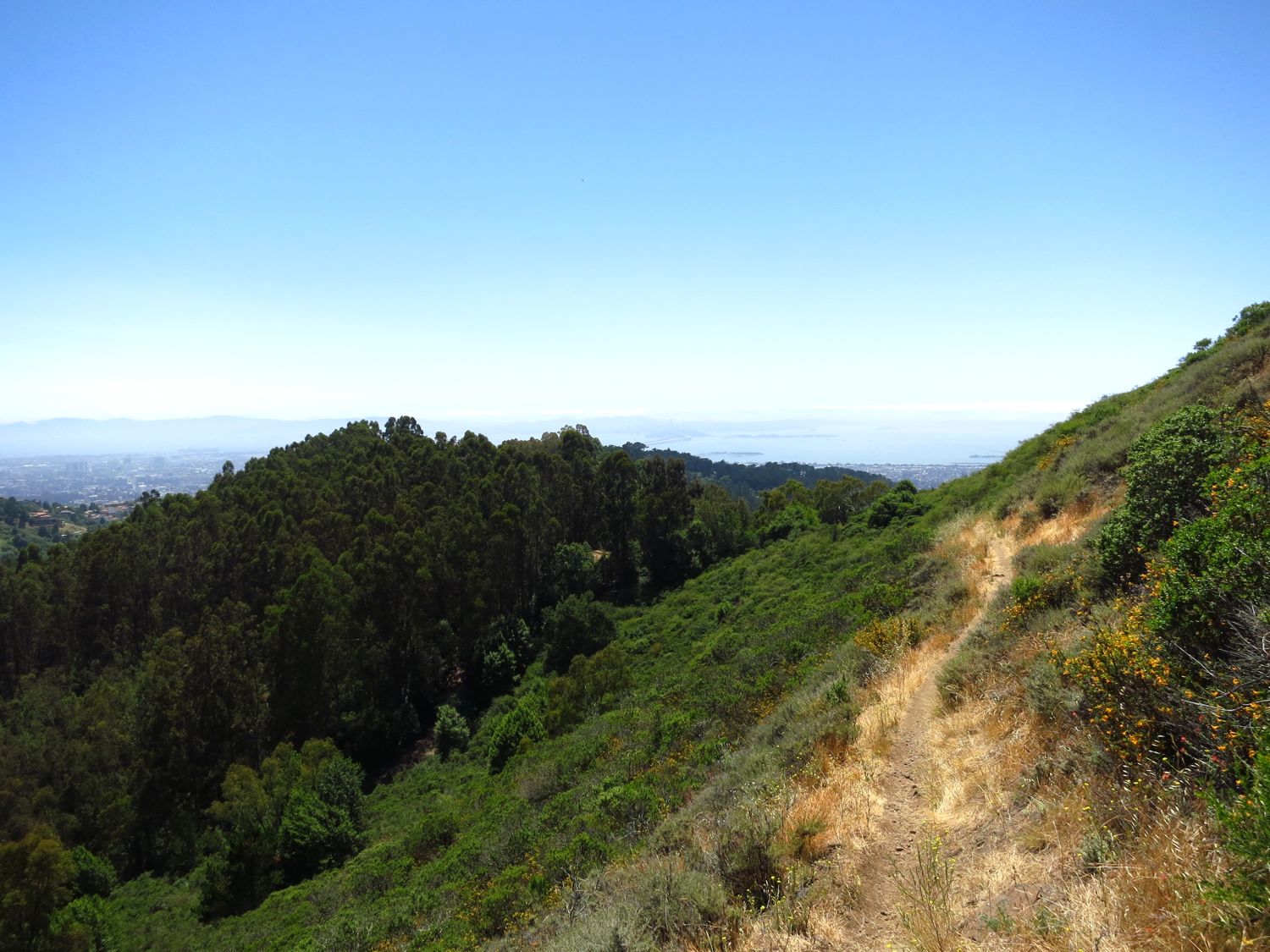 From this point I meandered mainly on fire roads until I had a beast of a woman harangue me about how I was upsetting the natural inhabitants of the woods, as her dog ran wild in the underbrush. Welcome to Berkeley.

My body was tired but my soul was invigorated as I made my way to coffee, and then ultimately back home.

Not a bad adventure to have the day before your tired body says ‘screw you’ and sprains itself at a stop light.

Luckily I have the previously mentioned friend to the injured Dr. Laurie Klein in my corner, and she’s already on the case with one session which left me writhing on the table in agony. (After nearly half my life spent of riding rigid mountain bikes, apparently the metatarsal bones get pretty well jammed up on top of each other. Who knew?)
So for better or for worse, I plan on getting on that proverbial horse again. After all, I don’t think I could make much of a go with a weblog based strictly on shuffling around my house feeling sorry for myself.

Now that we have that bit of business taken care of, let’s get on with matters at hand. (See what I did there?)

There are very big doin’s going on over in the realm of Maximo Supremo residents and all around stellar fellows, Cedar Cycling in an effort to assist the previously mentioned fallen soldier Mat Barton;

“The Unsale to benefit Mat Barton From time to time we need to band together and help out members of our community, and this is, sadly, one of those times. On June 11th, 2012, Mat Barton suffered an accident during the Portland Short Track single-speed bicycle race, paralyzing him from the chest down. He has undergone surgery to stabilize his spine, but the paralysis may be permanent. While he has a strong support system from his friends, family and the cycling community at large, his medical bills are bound to be an additional burden for years to come.

So we are having something we’re calling an Unsale, where we give 20% of our revenue from sales today to Mat Barton’s recovery fund. We hope this kind of effort is something that might be picked up around the cycling and outdoor product community, since many companies are too small to make a straight cash donation to worthy causes.

Thanks in advance for helping out, and if you want to donate directly, please do so at (www)Bartonpdx(dot)com.

I don’t need to say that this is an extraordinarily awesome thing that Cedar is doing. Get yourself one of their really bitchin jerseys or underlayers, and in turn help out Mat and his family with their plight.

By god, that’s a triple win.

Stumbling along, I would now like to present the first or possibly second ever AHTBM P.S.A.; 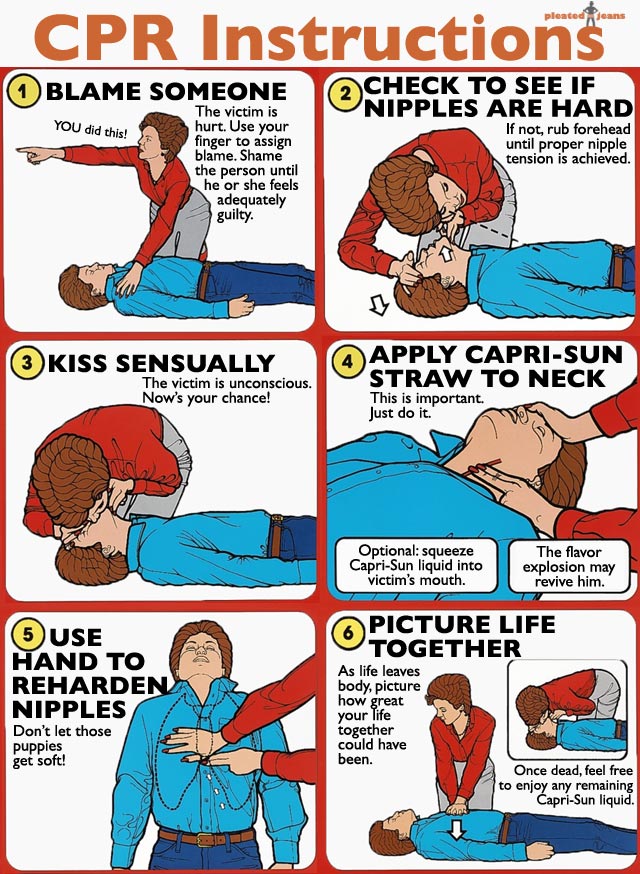 The life you save may be your own.

Then from Warpath of NYC Velo I received the following;

“Here’s some more fodder for the Tore dee French hype-machine”; 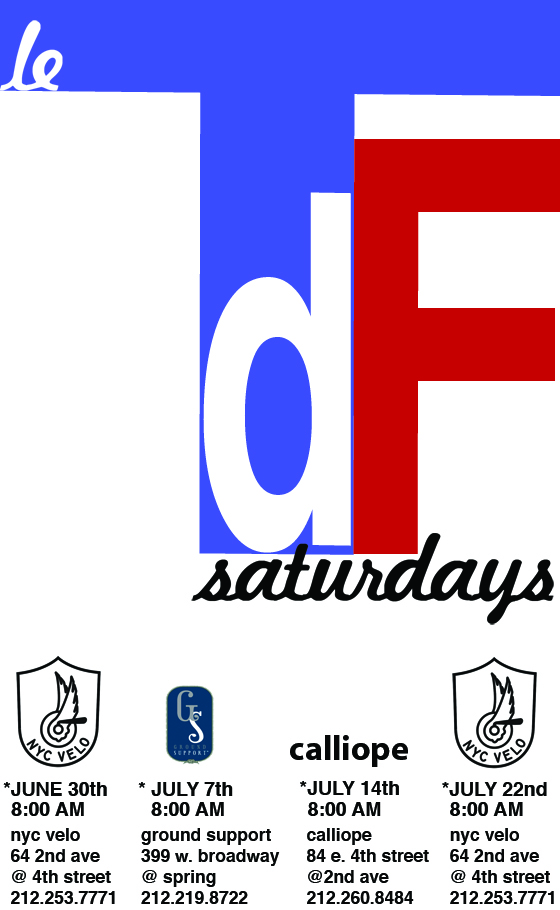 What I guess this means is that if one were to live in the area and one wanted to watch the bicycle race on those particular days, then they could go to those specific sites to do so.

Dennis also got in touch with his own bit of stuff and things;

So I tried to channel your impressive ability to drink and ride this weekend. I had moderate success. I drank less and my beer was considerably darker, but it made the hot climb from the Pelican Inn different. The descent was a little more interesting. Now that I have some base beers to go with my base miles, I am going to do something I haven’t done in years….. ride 50 miles on a mountain bike. I am paying money and probably wearing a number.

It is a Murphy Mack Superpro Racing event so I would imagine we will have the supplies and at least a few contributors on the Wizrd Staff front.

If you care to mention the festivities and use your considerably powerful stamp of approval, we could end up with a ginormous staff

May your staff be long and powerful!”

That looks like a fine time indeed, which will most likely wind up causing many sore heads in its wake.

Speaking of which, Raleigh Sally made the contact to let me know that Seattle is doing its part this weekend; 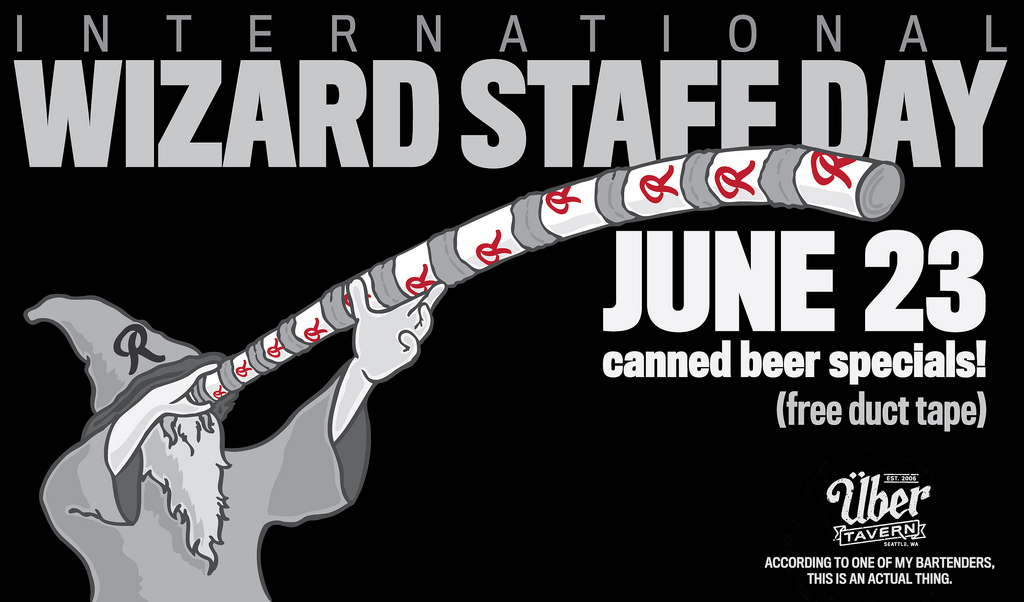 These are very exciting developments indeed. Alcohol enthusiasts near and far are all stepping up to the plate to enjoy libations in an irresponsible manor, and I for one couldn’t be prouder. 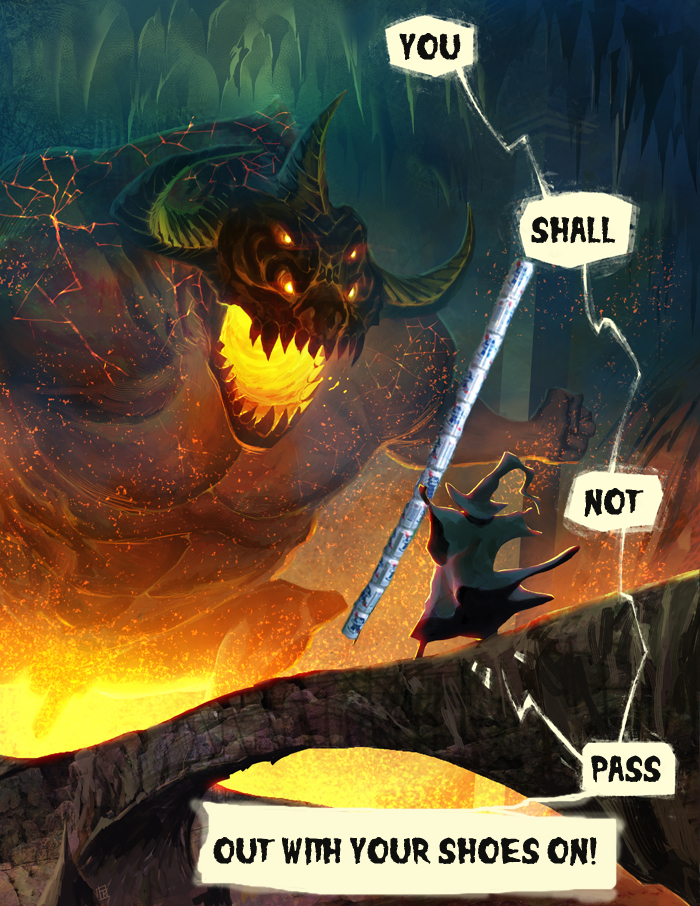 That is at least until one of the participants eventually does something stupid(er) and their family tries to sue me.

Sadly however, inevitably they would win, stripping me of everything I own which would result in having to spend the remainder of my days in a bland, albeit probably very comfortable sweat suit.

7 Responses to “Heaven can wait.”