With stories and feats bound to amaze and delight. 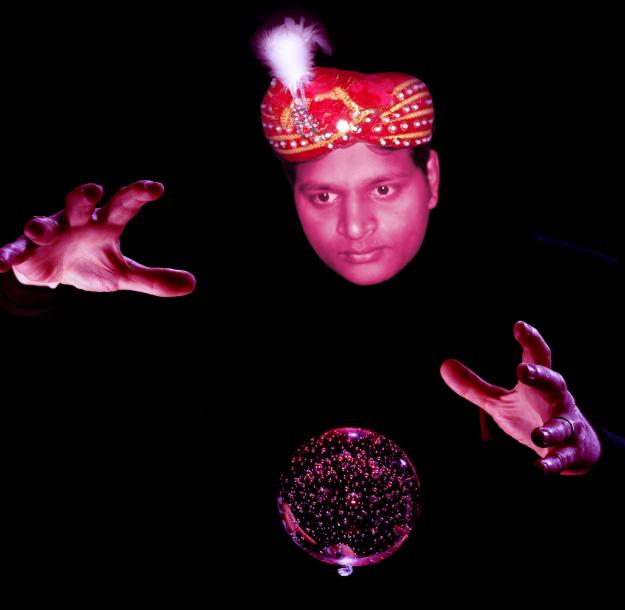 But before I get into anything, I want to once again reference an individual and a topic which has enjoyed quite a bit of time here on the All Hail The Black Market soapbox. That being Charlie LeDuff and his beloved Detroit.

The more I hear from this man on the matter, the more intrigued I become. Around the same time I came across the previously posted videos, I found the following interview that Vice Magazine’s Thomas Morton did with Mr. LeDuff as they became increasingly inebriated whilst enjoying pints of beer;

Poor Thomas seems to be a little outgunned in the discussion, but his piece on West Africa’s Sakawa Boys proves beyond the shadow of a doubt that Morton is himself a fearless journalist. (Seriously, watch the video I linked at some point. It will blow your mind.)

Anyway, enough about that. Let’s get onto some two wheeled matters.

As I said on on the 20th, I buggered off to Park City, Utah’s Dealer Camp. This is an event like Interbike and the Dirt Demo all rolled into one but without the horribleness of Las Vegas and its soul-sucking trappings.

I had no idea what I was in for.

To that end, I wasn’t even sure why I was invited. Sally from Raleigh Bicycles made the call however and before I knew it, I was in the eye of their storm. My relationship with that brand is an interesting one. For years their bread and butter was an entry level, and maddeningly unimpressive line of bikes. The last shop I worked at carried them and every time I pulled one from a box to assemble, I died a little bit.

Fast forward to about four years ago when the company went through a vast and complete facelift. The aesthetic of the company, as well as the bikes which were being made was considerably less Muzak, and far more along the lines of something that I could personally sink my teeth into. What’s best to note is that this transition wasn’t necessarily intentional. It was very literally a perfect storm of a number of specific players in the trenches all crossing paths and using their unique skill sets to catapult the company out of the mothballs and into the consciousness of those with a penchant for the relevant. (Whether we like it or not, that would be us.)

So after a flight to Salt Lake City International Airport (where I estimated at least 90% of the population was roughly 1000 pounds overweight), I boarded a luxury SUV with CX Magazine’s Andrew Yee and his family. Forty minutes later we were booted out in Deer Valley and I was sitting shotgun in the Raleigh van, en route to the expo area and then back to the condo to clean up before dinner….

… Which we would ride a chairlift to; 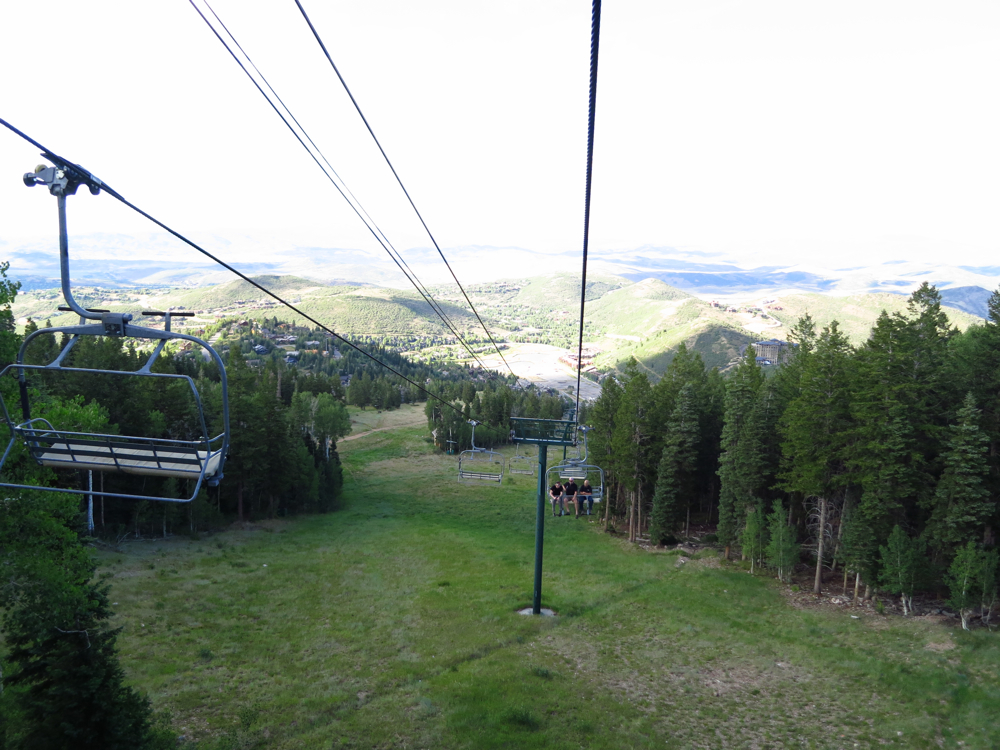 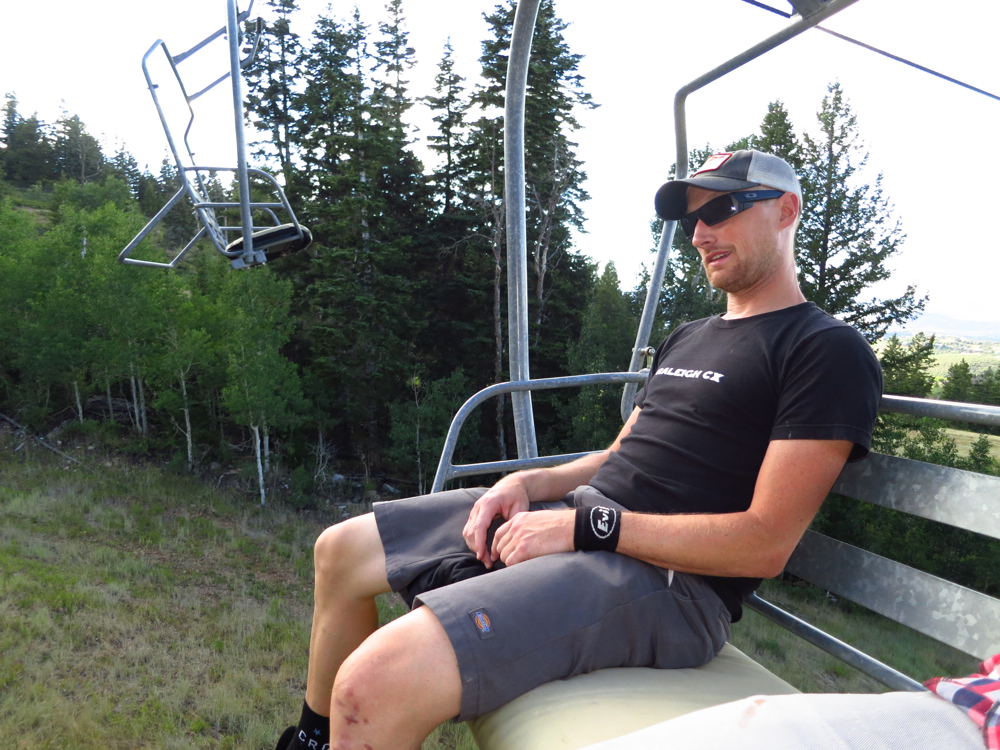 No big whoop. Just another day in the office.

Once at the mountain top eatery, we loaded up on ribs and beer and an assortment of other consumables; Once we made final pre-return trip preparations; 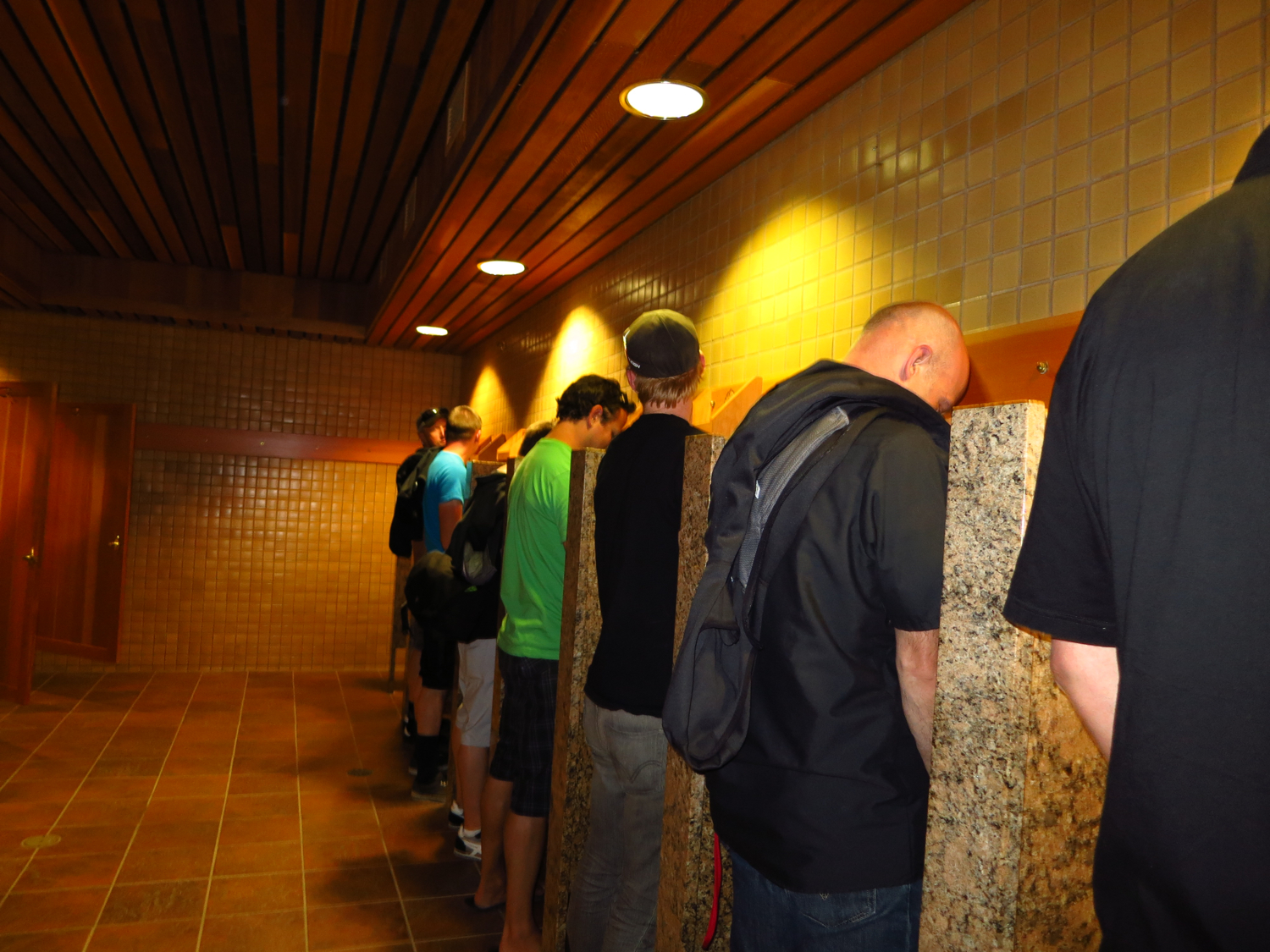 -we boarded the charter bus back down to the valley floor and our awaiting garage full of beer where we were treated to a thunder storm; 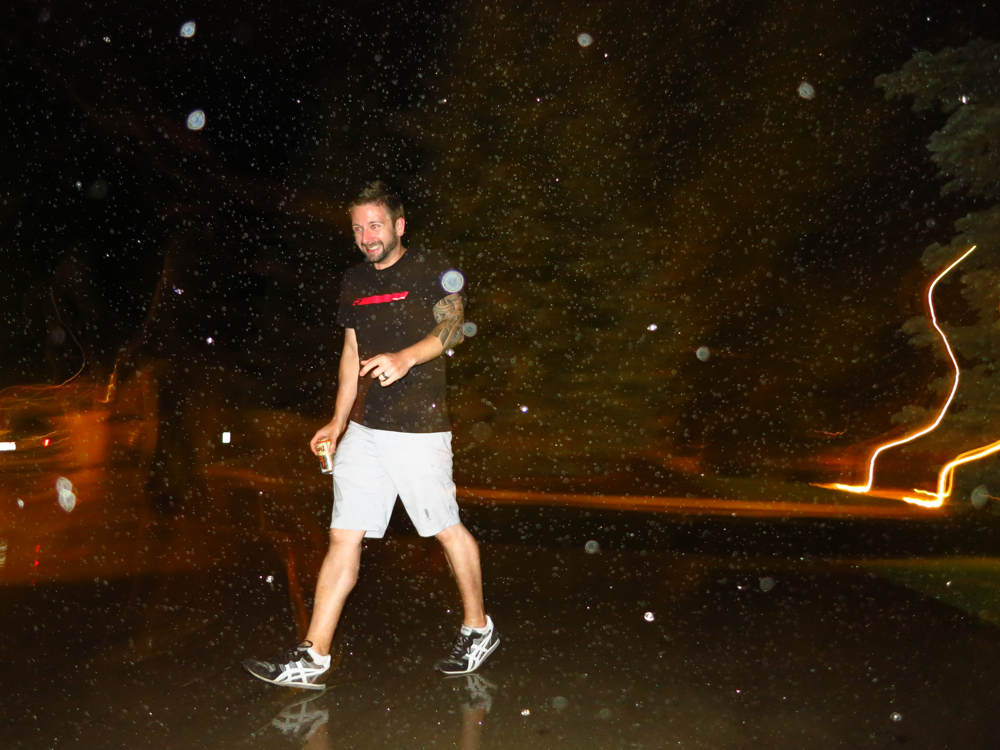 After setting the world on fire within the first five hours in town, I pulled the plug and slinked off into my corner for some much needed rest.

Upon waking up the following morning, I had planned on removing myself from the population for a spell with a mountain bikecycle styled athletic pursuit. Fortunately Raleigh’s resident big brain and master mechanic, Toby had just the ticket as he sent me off with one of their Talus 29 Carbon Pros; Since the entire area is totally different since the last time I was there, I opted to take a chairlift to the top, as opposed to figuring out the ascent, (which would inevitably lead me to climbing fire roads to nowhere) ride back down, then pay my penitence and ride back to the top to start the cycle over again.

I noted that this was the second time I had ever free ridden, but the guilt was soothed by the views; I began the ride with several referrals to the map, but after finding myself beyond the western most boundary, I decided to simply let my nose serve as my guide.

Oh, but before the onslaught of gratuitous imagery gets dumped, if anyone can tell me on which trail this bitchin little Honeycomb Hideout is located, you’ll win yourself a AHTBM sticker pack; Now then- As I was saying; This here spot was called ‘Dan’s Trail’, and was not only not marked on any maps, but I think was literally cut within fifteen minutes of my arrival to it. After finally passing the Eastern boarder, I checked my clock and noted that it was time for me to high tail it back to the expo area to return my bike to Toby in order for it to be prepped for people to ride it who actually matter (i.e. the dealers).

This was the most time I’ve spent on a carbon fiber mountain bike, and I will say right out of the gate I not only didn’t I hate it, but I actually loved it. It was as lively a ride as I could have imagined… It was responsive, and light and everything all the magazines say about them.

As a matter of fact, I hate how much I loved it, but alas, staying true to the game, I’m going to say that the jury is still out on the new wonder material for a couple of simple reasons. I still don’t think that carbon fiber is a terribly sustainable material from which to make a bike frame. The long and the short of it is it’s not uncommon to see someone riding a steel bike that was built thirty years ago, but I can guarantee that in thirty years, you’re not going to see anyone riding a carbon bike that was built today.

While the technology to fix carbon (and to that end, recycle it) is developing, I’m afraid that until it’s a common practice, once damaged, a good majority of those bikes are simply going to wind up in a landfill.

But that’s just my perspective, and if you are a grouchy luddite as well, they have the XXIX+G; After a nap, a bite of food and a shower (all at the same time) I rejoined my compatriots at the tent in preparation for ascending back up the hill to the evening’s Hodala dinner. Tonight we would celebrate the company’s Taiwanese partners over a delicious meal and 400 bottles of their country’s Budweiser; Being the low man on the totem pole, I was given the gag glass which was engineered to have a critical failure during a toast; 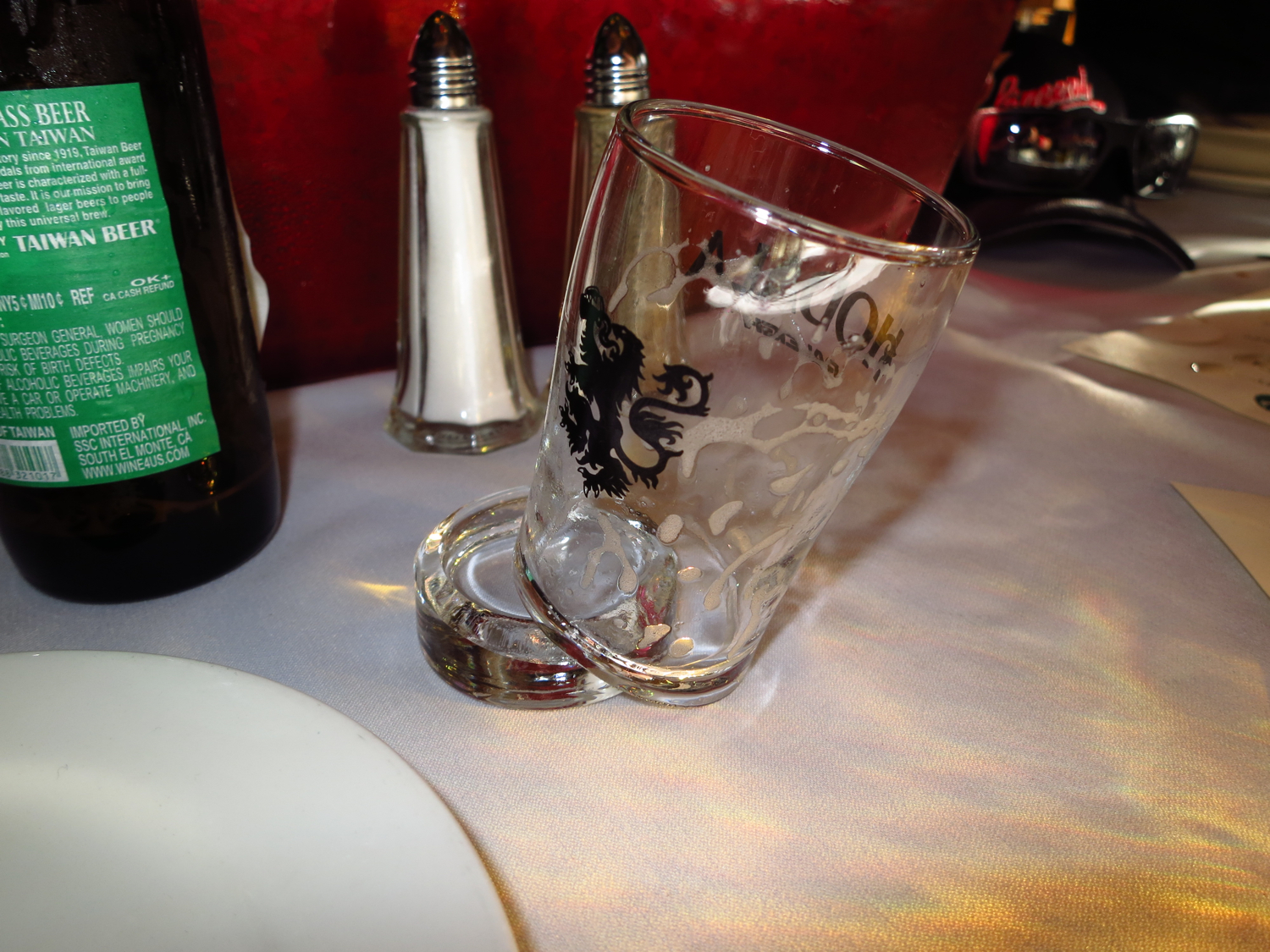 In the midst of the chaos I was also finally able to offer thanks to this woman; She was Julie the cruise director to the Raleigh event’s Loveboat. Her name is Shaughna and without her unwavering organization, I wouldn’t have had the opportunity to find myself in the eye of this storm. She is truly a den mother’s den mother and I can’t say how much I appreciate her efforts.

During the entirety of the evening there was meeting, and greeting and a genuine celebration (no, seriously, these people really do love one another) of the personelle, the dealers, and all of the various other cogs which make this machine tick, and I couldn’t have been prouder to have been included in the fanfare.

Pulling the rip cord and adjourning back to our abodes at the evening’s conclusion was the best possible call, as we all had yet another full day ahead of us, but that plan got sidelined by more condominium shenanigans. Finally just shortly after my mental curtain fell, I pulled up stakes and left my partners in crime to their business.

After waking up the following day with little recollection of the hoops I jumped through which left me feeling so wrung out, I knew the best call was a road bikecycle ride to burn some of the bad gasses off. I donned my stretchy suit and clip clopped my way to the tent where Toby once again set me up with some more hotness. This time it was their Revino Carbon 4.0; We were enjoying getting to know one another as we passed dozens of unoccupied McMansions on the way to the ascent. Finally, about an hour and change into the ride, I found the one piece of broken glass in all of Park City and got sidelined with a flat.

Only realizing I had brought my tool kit with me upon my return to California, I was left with Joey’s loaner kit, which as it turned out had no patches. Since I wasn’t the one responsible for the maintenance of the bike and there was no way in hell I was walking home, I finished the ride with a flat tire. This proved to be no problem with the exception of taking a corner a little too hot and almost losing my everything off the side of the road.

From that point, I cleaned up, and got down to brass tacks seeing just what the expo had to offer.

If you care about such matters, might you like to rejoin the party on Monday when we will cover everything from new doodads, to fancy threads, to cyclocross styled athletic pursuiting, to Tim Johnson’s ass, to a dinner consisting of nothing but whiskey?

If so, we’ll see you then, then. Same bat time, same bat channel.