Don’t bother watching the video. The only thing noteworthy is the way the little Pat’s pink pantsuit flows as (s)he moves.

Hello, and good morning. Welcome back to yet another installment of me whipping a dead horse. I hope that everyone had fantastic weekends full of fevered frivolity and hamfisted hijinkery. Now to move on with quickness, let’s get down to it.

First things first- I finally got around to watching the Korean action/murder movie ‘I Saw The Devil’ this weekend, and I have to say- I hope that Korean police forces are never in charge of my well being, because as far as I could surmise, they do little more than stand around in down jackets looking tense. Moreover, I noted that the crime scene investigations resemble a rugby match. Thirdly it would seem that in the writer’s view, every fourth person living in and around Seoul is a murderous sexual predator. So much for a career at the Tourism Board.

But the protagonist in the story, Soo-hyun (played by total bad ass, Byung-hun Lee) is stoic in his absolute fury, while the antagonist played by Gook-hwan Jeon is a perfect psychotic counterpart; 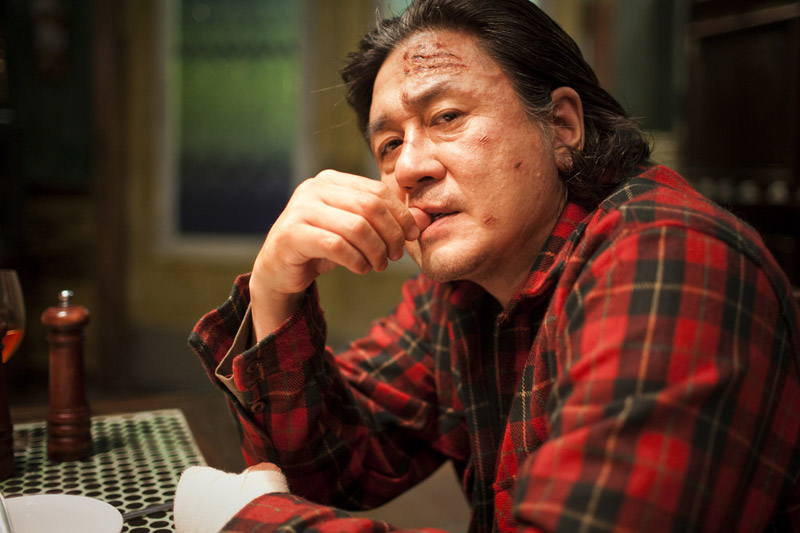 Like the similarly caustic Old Boy, I suspect it’s just a matter of time before some big money American production house comes along to butcher both of the films in order to make them palatable for Western audiences. (I’ve heard tell that Steven Spielberg and Will Smith have already begun dissecting ‘Old Boy’.) If you haven’t yet seen either of these movies and you enjoy a film that will leave a residue of deflated uneasiness, put them in your queue.

If not, there are always lots and lots of romantic comedies.

Speaking of hilarious romance, Benjamin from Back Alley Bike Repair made contact again with a confirmation that apparently I did send the previously mentioned package of sponsorship goods, as well as a bunch of other points;

“You sir, beyond your seat atop the Wizard heap, are a freaking Magi. Package has landed. Muchas bananas. 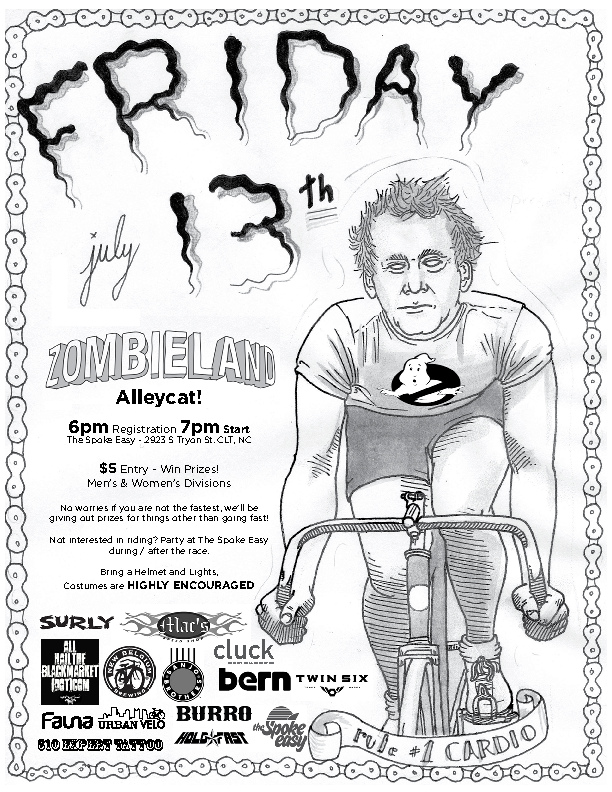 To boot, flyer attached regarding a more public affair; 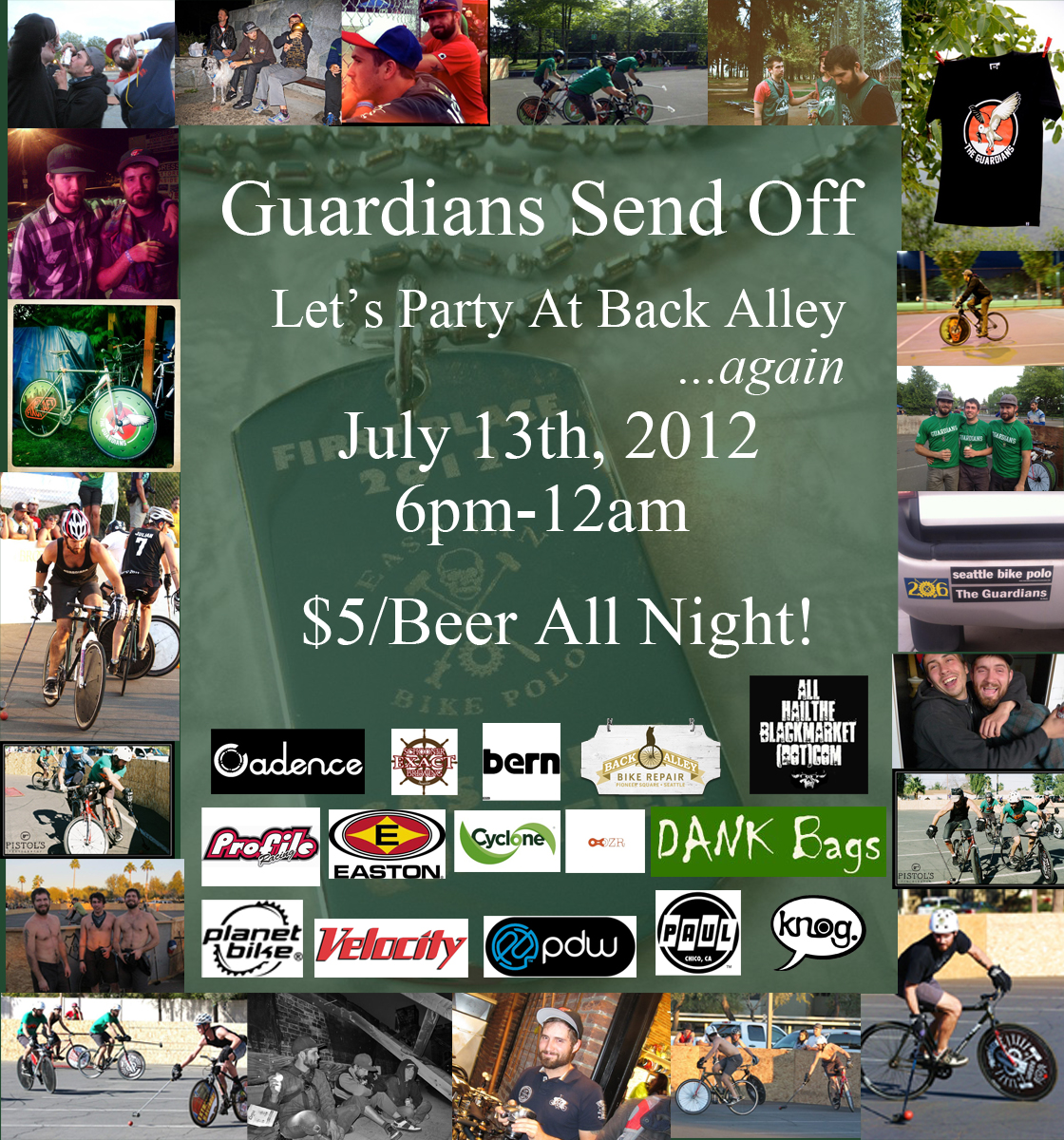 Part of temporarily displacing the urchins of the alley and supplanting their poop and pee spots with petite-bourgeois food trucks. The hogs of Hodala have been invited to overtake the front rouse seats. After the mountains of dope are conquered, Lucas Brunelle’s Line of Sight will be premiered for those still-innocent eyes. Possible flash-mob/alley-cat event. Possible wizardry.

Due to playing support/funkshuning Al-Cohollins for ladies being Girls of Summer, and letting the ladies pimp me, I found wizardry only in 16oz pints of craft brew. But Julian and I did shotgun a pair of Raindog’s to “get into character”.

If I’m alive next year, I still don’t know if I could forgo the opportunity to have 50+ female riders come unto me with their problems. Oh snap. #theseproblemsaintproblems And lastly, while on a “safety” meeting en route to the after-race partydown, my buddy Alex couldn’t un-clip in the grassy parking strip and fell into some dog poop. That was good, clean fun for the whole gang.

Thanks again for your generosity.

It was my pleasure, and I hope that whatever bits and pieces I franticly stuffed into the box I shipped to him will eventually find their way to a good home.

And I should maybe mention that I think that ‘Line of Sight’ documentary, though well filmed and tirelessly executed, depicts an array of insanely irresponsible antics;

This is not to say that I haven’t at some point or another engaged in said antics, and perhaps it is because since those days I have become old and crotchety, but I feel like we as a community are front and center under not only the media’s microscope, but the public’s critical eye. It’s abundantly clear that cyclists generally don’t get a fair shake when, for example, a collision in traffic occurs, (you were on a bike? Even if it wasn’t your fault, it was your fault.), but to showcase example after example of people doing just what we as cyclists at large are consistently being accused of is unfortunate.

In a Facebook post recently I included Strava, Cory Feldman, belt drives, and Guy Fieri in a list I titled ‘The Four Horsemen of Useless‘. Only later did I think to add Foster The People’s ‘Pumped Up Kicks’, (oh my god, I hate that song) and now it looks like ‘Line of Sight’ might should be included as well. While my opinion might not be a popular one, as a fan of both bar ends and the first Justin Timberlake album, I’ve gotten used to it.

Something I think we can all agree on is that Glenn Danzig has become a parody of the parody of himself. Luckily The Dirtbag feels the same way as he forwarded me the following link showcasing the book about punching Danzig by the guy who punched Danzig.

Personally I feel for the little guy, though I still can’t help but chuckle in his general direction. 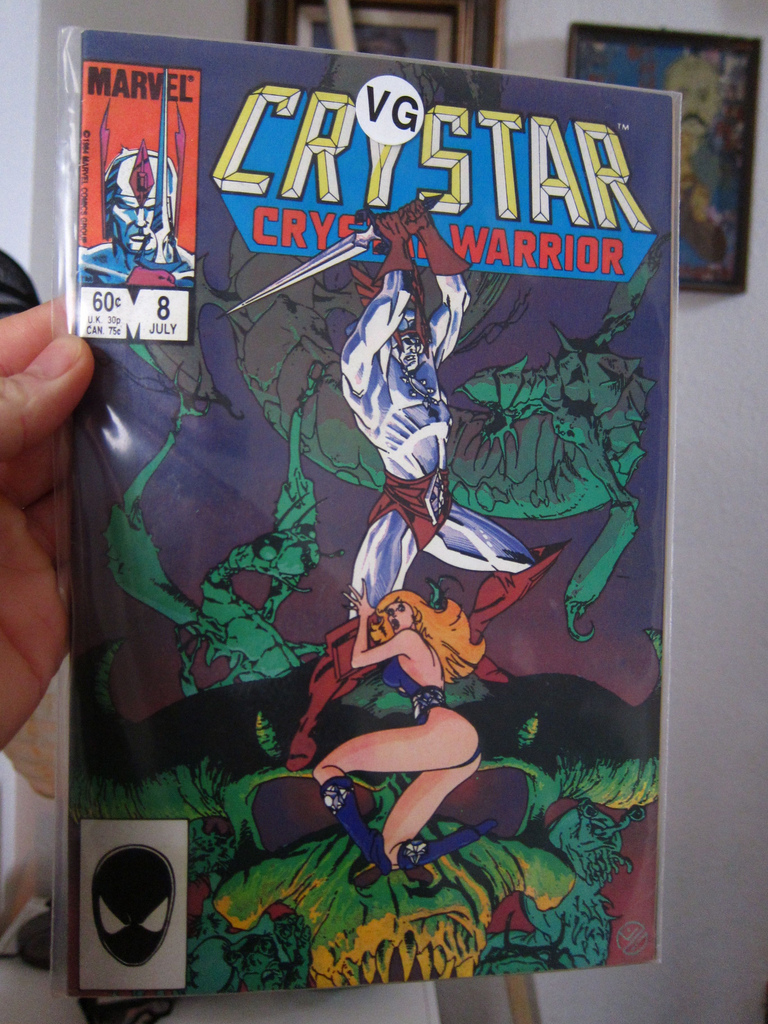 Aside from pushing my luck with a cease and desist order (from Mr. Danzig, Marvel, or Disney, who I understand has owned Marvel for some time), by continuing to use the image in various incarnations, I still have a small handful of the two part stencil set made by Andrew Black at Blackbook Stencils; 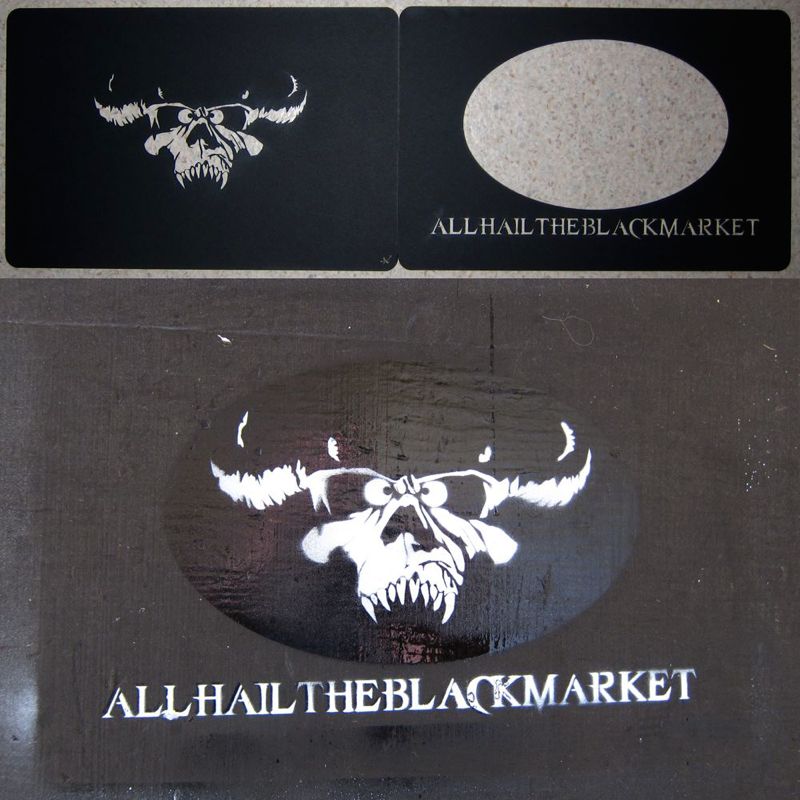 Not that I am advocating the beautifuckation of public spaces with this particular stencil, but if I was, I would recommend executing it thusly; 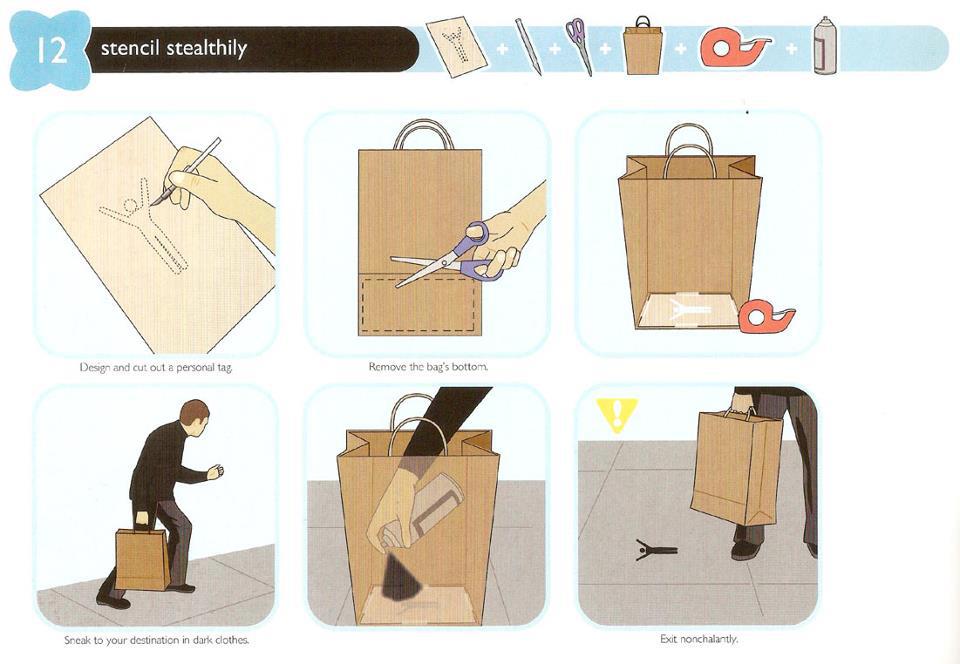 I suggest if one were to engage in such a process, one would need to wear something subtle, like a Ninja gi, or perhaps a flowy pink pantsuit.