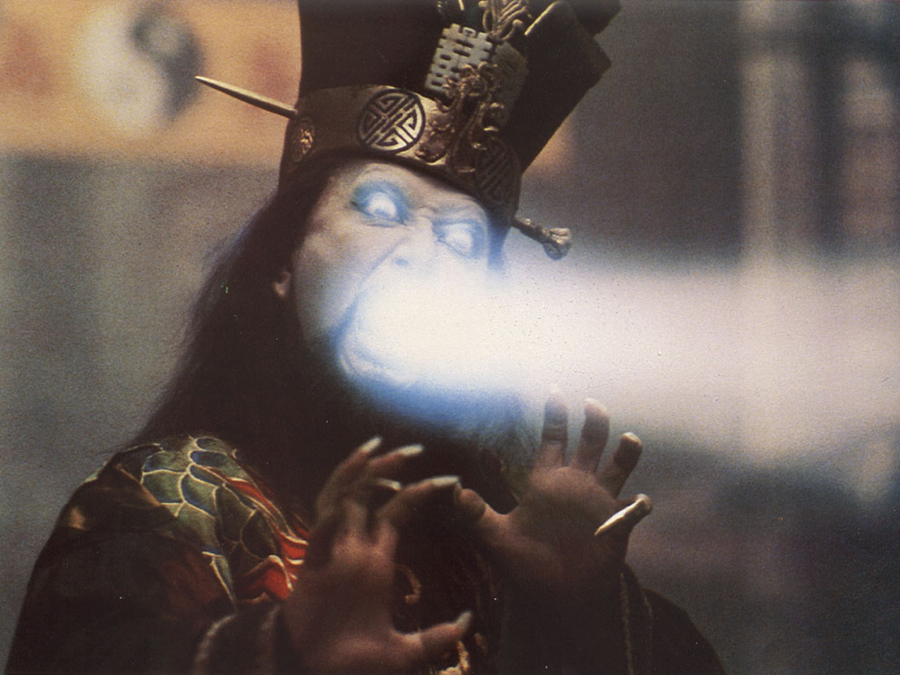 Substantial doings have been taking place in the AHTBM World Headquarters© and I would like to take a moment to tell you about them now.

It was just on Wednesday morning when I took delivery of a run of very handsome prints of the regularly broadcasted Underbike Industry Mixer® flyer. After carefully removing them from their mailers, I laid them flat all around my house and did a rain dance on them. Once I had completed that ritual, I dug out a paint pen and methodically hand signed and numbered each one; 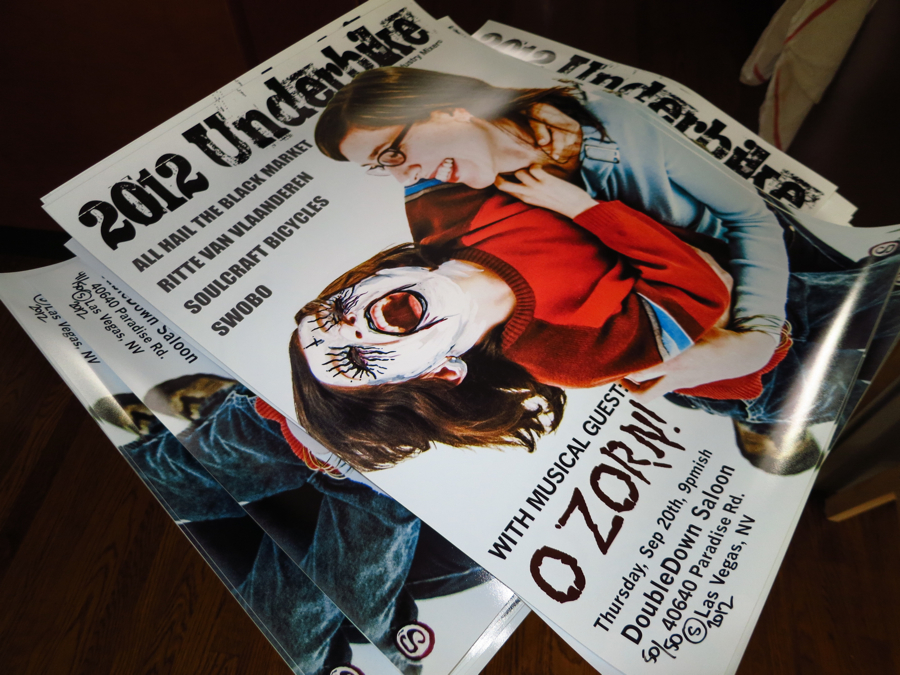 At 18″x24″ these are small enough not to overpower your collection of Bob Ross paintings, but big enough to cover the hole you punched in your wall because you can’t grow an afro like his.

If you would like to get one of your own, alls you have to do is go here.

“Why would I want a poster for a party that I won’t be at, (or am smart enough not to attend)?” you might be asking. Well my friends, that is a very good question, Which I can answer thusly- (With the exception of this, this, and some other stuff), these are nearly the very first print edition of anything that has featured my ‘artwork’. If all projections are accurate, I will no longer be alive come Saturday the 21st, at which time your investment will increase one and a half, to two fold.

And maybe if you ask nicely, I will even include a personalized message on the print before I ship it off. That will tack on at least a couple of bucks to your eventual selling price.

Secondly, you might recall this post in which I debuted a preliminary new patch design done for me by none other than Snakehawk himself. After a design tweak due to the fact that I was afraid the embroidery machines would make a mess of the font, on the same day the posters landed, I got a package of this goodness as well; Ready to be deputized into the Department of Awesome?

Let it be done.

Speaking of Awesome, Zeke and his KC Sprints thugs have another year of fun and frivolity in this year’s ‘Pub ‘n Pedal’; 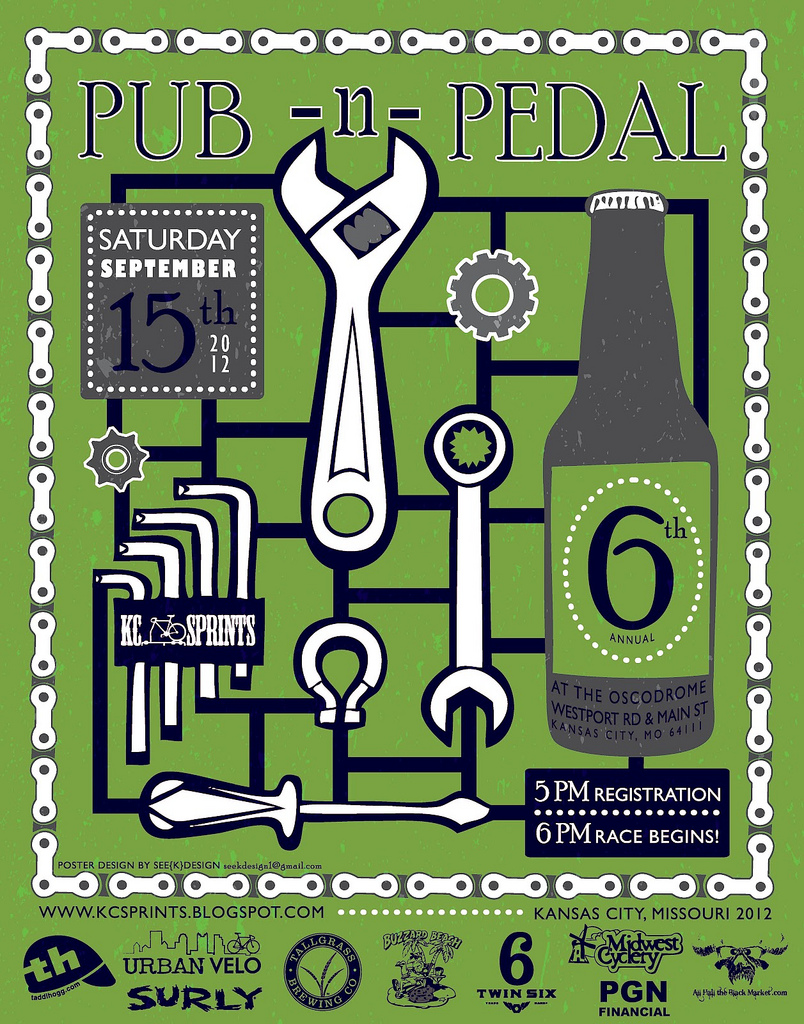 And did you know that in Kansas City there are more fountains than anywhere in the world after Rome? It’s true. Trivial Pursuit told me.

Moving on, Tony from up there in Minneapolis West made contact about some specific cyclocrossing styled athletic pursuiting they have cooking;

“Oh, hi. My friend and I have been putting on a cx race at night going on four years now. We use shitload of generators and halogens to light up Alpenrose Dairy here in Portland. Our chief liason of internet affairs whipped up a snappy flyer, can I email it at you?

After I replied “yes Tony. Please do”, we had a number of backs and forths between one another during which time no flyers were ever exchanged, only attempts. Finally using my loudest inside font I declared that Tony need to get his act together because I am a professional and I don’t have time to muck around with the likes of someone who can’t put an attachment on an email. Finally, what he came through with was so dazzling, I had no option but to beg his forgiveness and then fall down in a pile and weep; 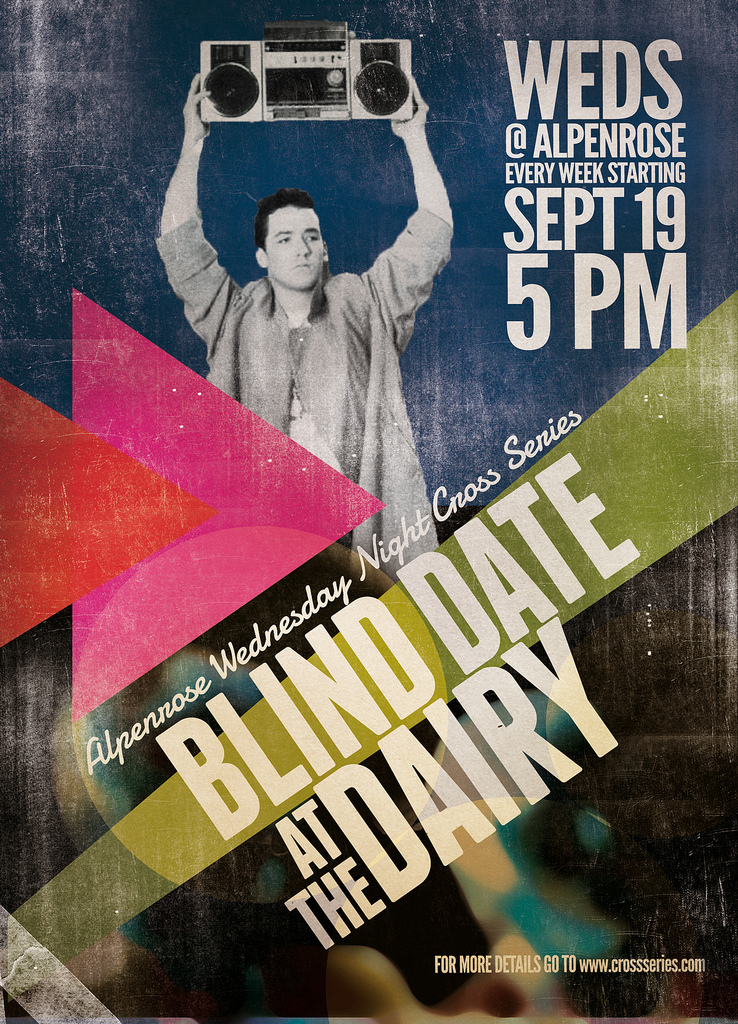 I wept not only because I loved ‘Say Anything‘ and the design qualities of this flyer are quite appealing to me, but because I also love Peter Gabriel, and on the 19th I have a birthday and was overwhelmed by the huge amount of gifts and adoration which will assuredly be heaped upon me.

It’s been a very emotional day.

Anyhow, if you would like more information on any of this, go here.

Finally, back across the American expanses in Portland East, our friends from Handsome Cycles are having a bash in celebration of their 2013 line of bikecycles tomorrow night at One On One Bicycle Studio. Due to the fact that Captain Sensiteevo falsely accused me of promoting sexist propaganda, I opted to change the young woman’s face on the flyer to that of Gene Shalit; 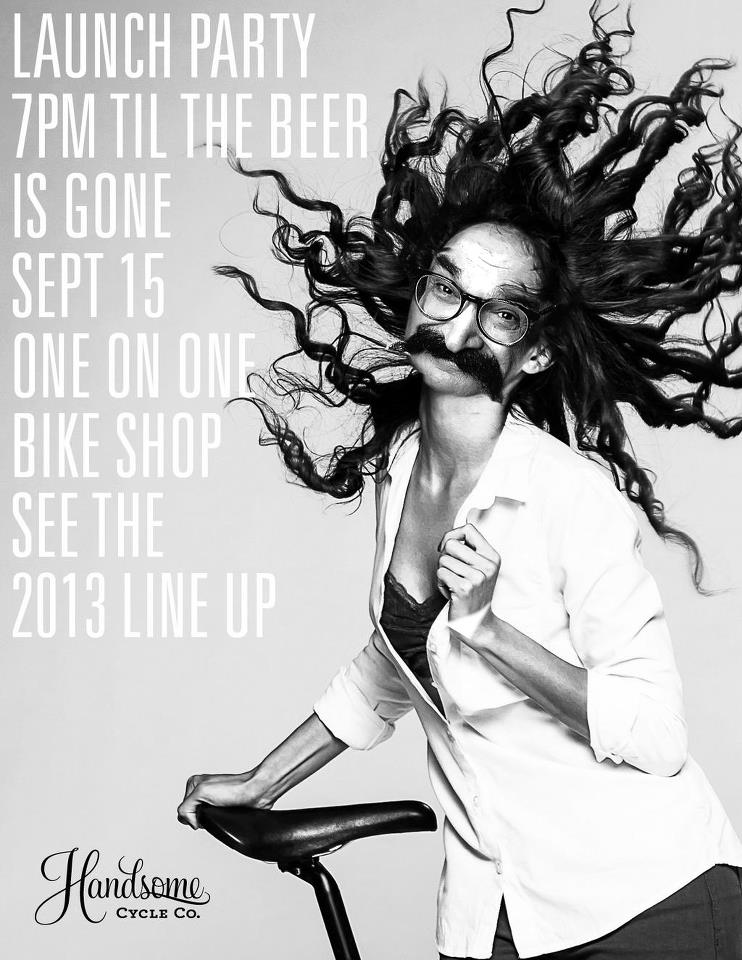 That flowing auburn hair, those delicate hands, that soft, milky skin… That nose and moustache.

Now that’s some medium sized trouble in tiny Mongolia that I could get into.