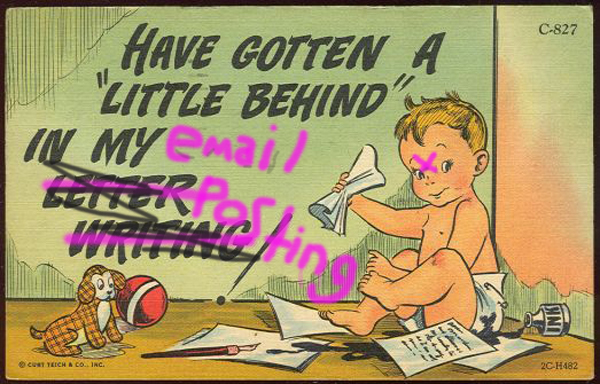 I’m still digging myself out of beneath a couple week’s worth of communications, so without hesitation, let us begin to see what’s what.

Firstly, from a bicycle shop proprietor who will remain nameless, I received this photographic evidence that one of his customers was just not too terribly concerned with giving a shit about anything; 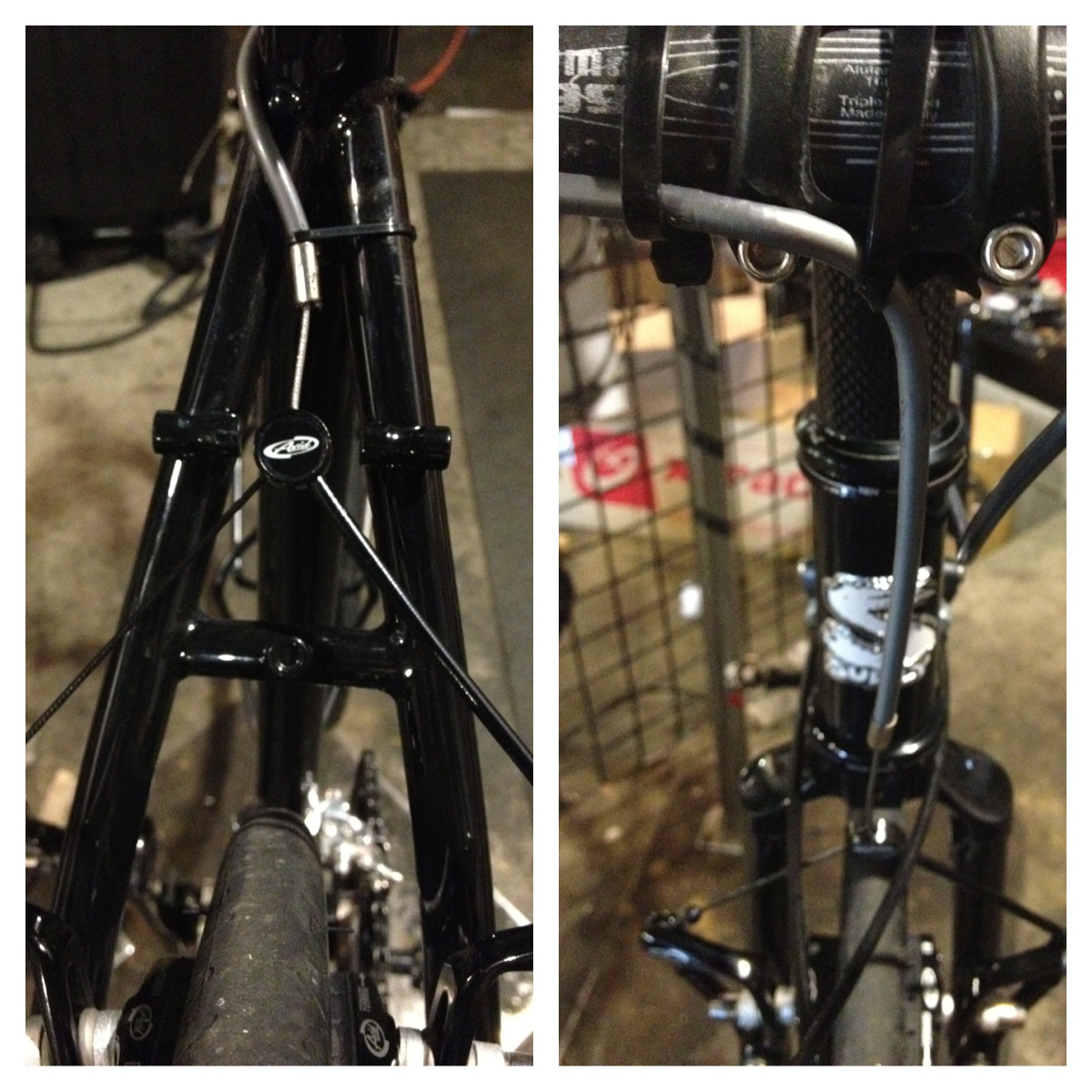 You know, like common sense, or the well being of themselves or anyone around them…. Things like that.

And now just so as to give you a glimpse inside of the inner workings of my mind, while talking to my cat just now, who at the exact moment of writing this sentence looked like this; 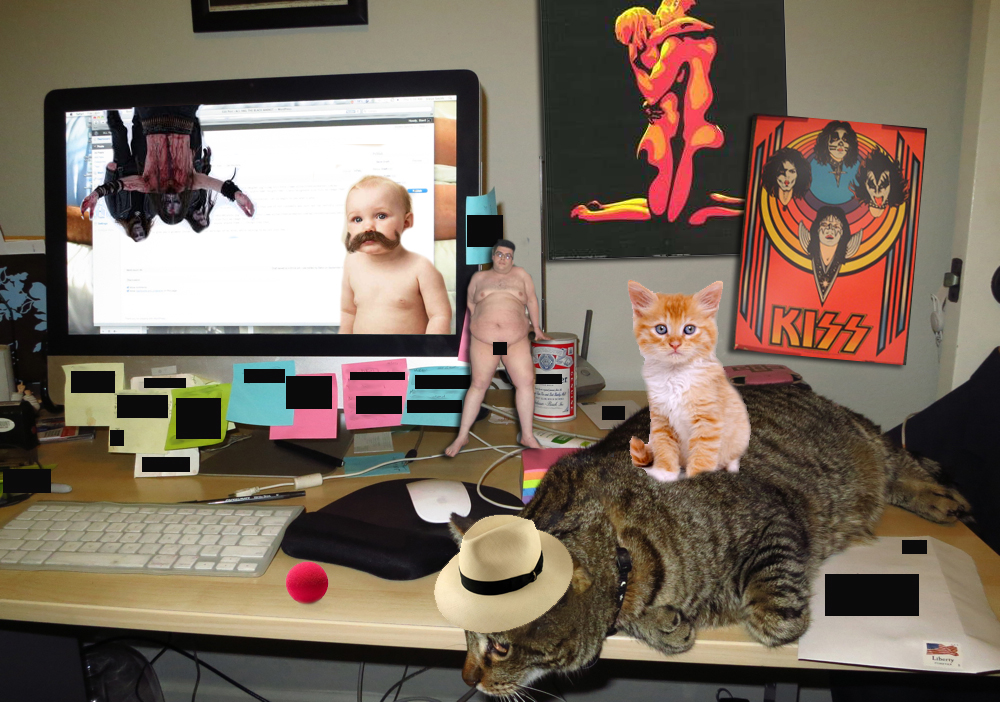 I blocked out my Post-It note collection, because that’s where I keep all my secrets.

I recalled the following video which was one of the very first things I posted on ‘How To Avoid The Bummer Life’, yet is still one that I hold near and dear to my heart;

You know those ensembles are locked away in some storage container or another in Utah.

If I could just get my hands on one of them, I’d never wear anything else, ever again forever.

Anyhoo, as I was saying, there’s some stuff in the inbox. Some stuff that looks kinda like this email from Canexican Matt;

It’s our annual DarkCross race up here in Winnipeg – where we take over a speedway and do it up right with a beer garden, a flyover, grandstand run-ups, a band, djs… Wish you were here to ruin it for everyone. We’re saving up our airmiles to bring you in next year. 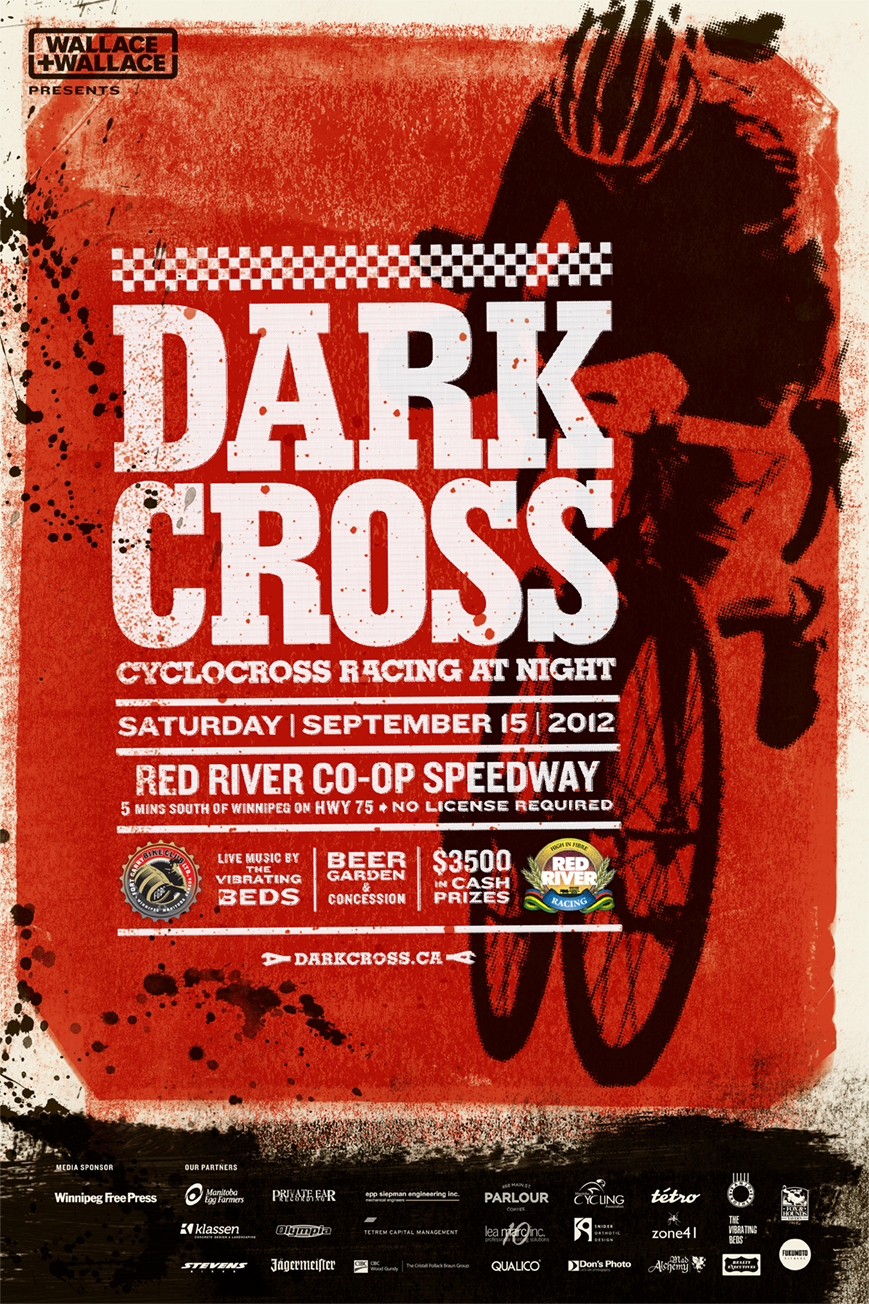 In the meantime, will you do us a solid and let the world know?

Then just a few thousand throws of a stone to the Southeast, we had yet another round of the Babes in Bikeland ladies only race, thrown by the lovely and talented Minneapolis Mafiaettes; 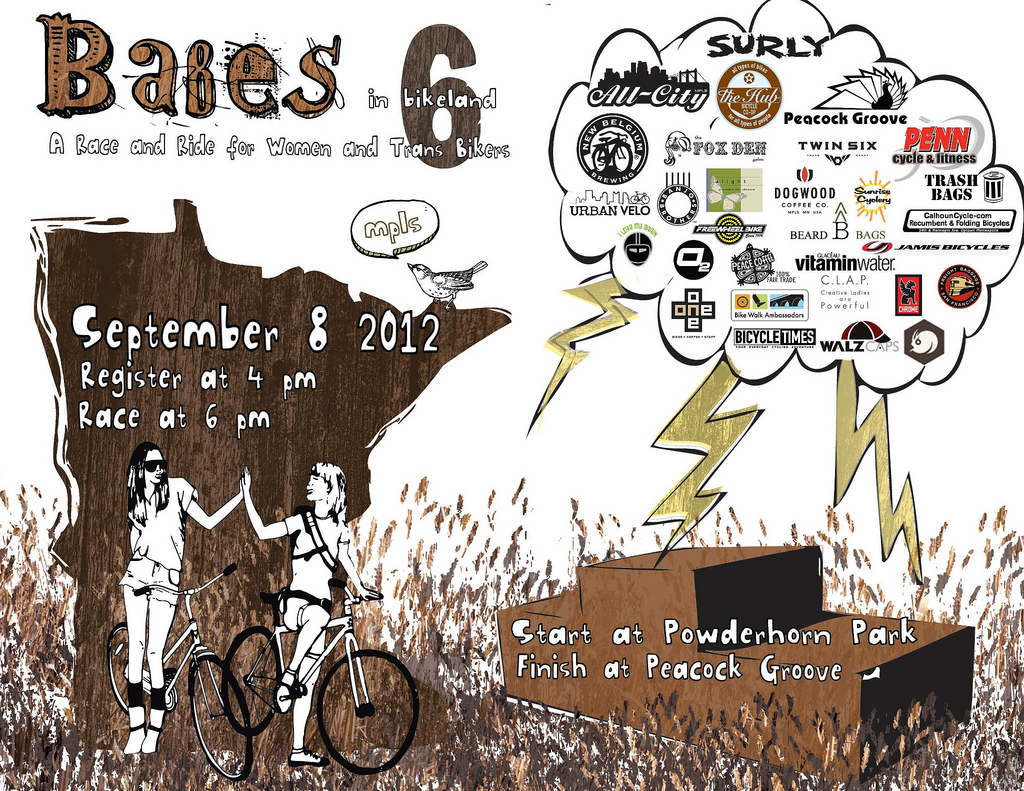 Unfortunately I didn’t get this flyer posted in a timely fashion, but with 378 entrants, it doesn’t really seem to have mattered; 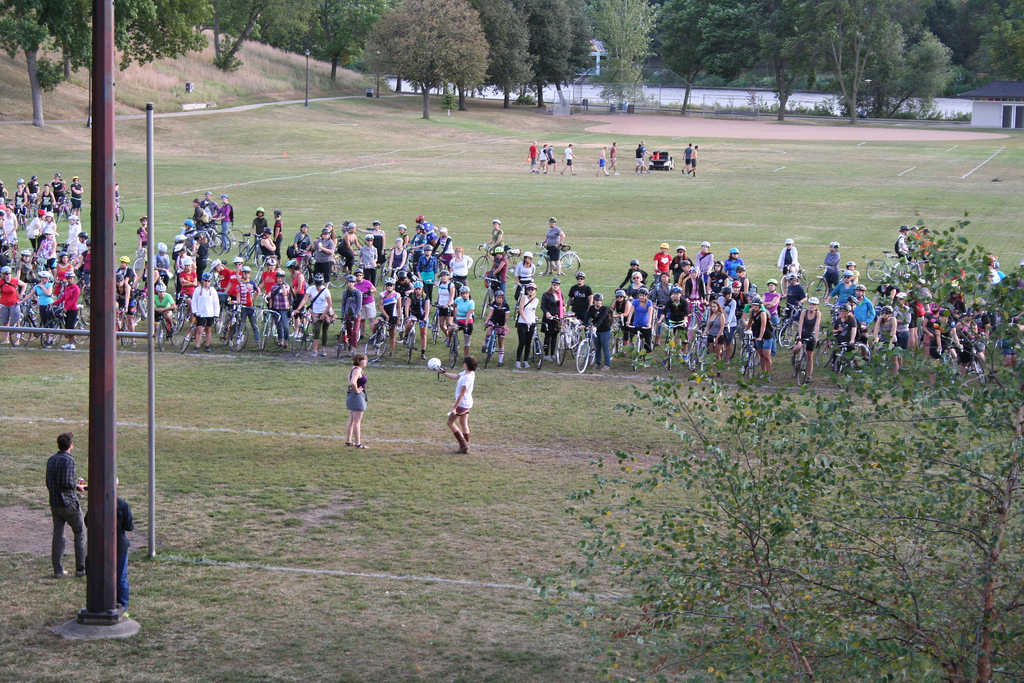 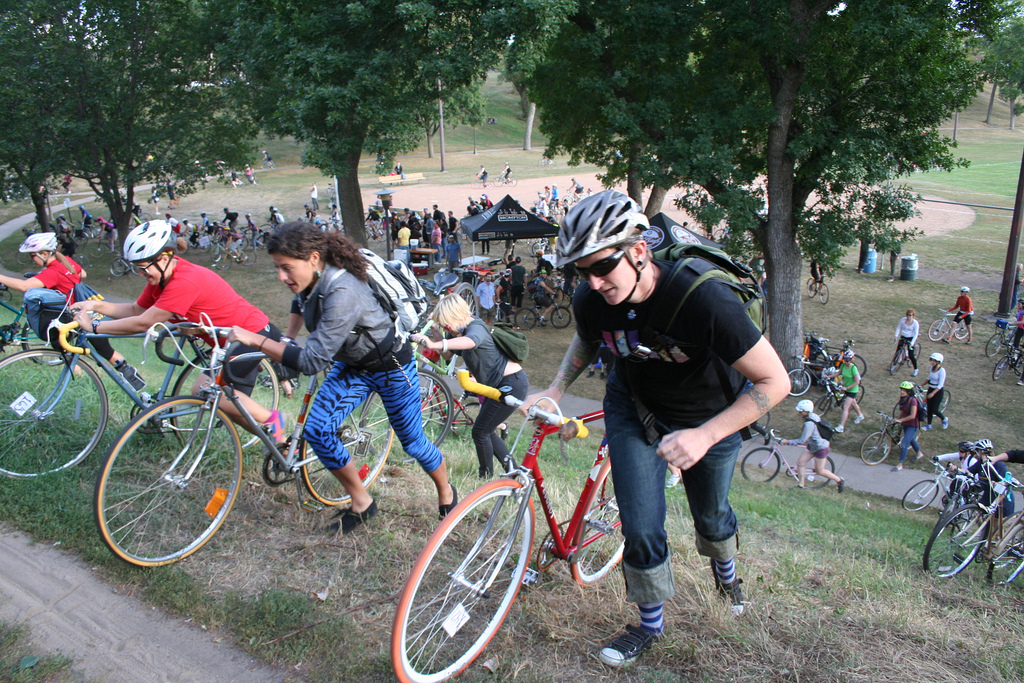 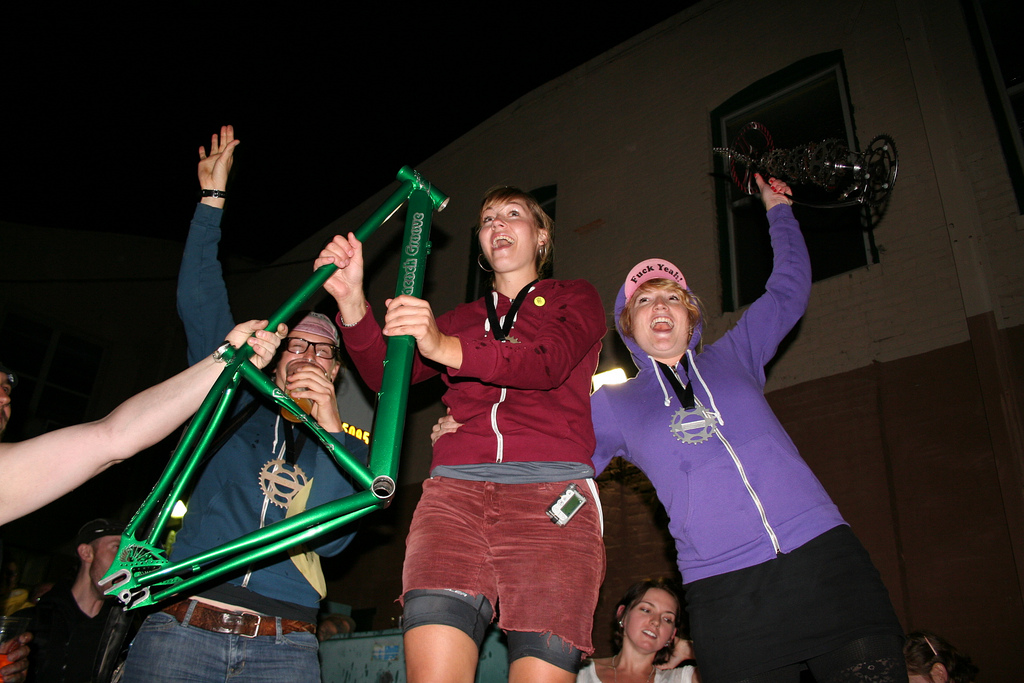 378 women I’ve yet to deter. It’s like trying to empty the ocean with a thimble.

Another babe on a bike, but of a totally different sort is Matt from Maximo Supremo residents (and tire choice of Olympians and douchebag bloggers), Rubena, who sent me the following news;

I am very much looking forward to our upcoming meeting and the inevitable shit show to follow.

I have deemed myself fully recovered from my ‘Wizard Staffs Around The World’ mishap (though I think I’ll at least wear the boot to the airport so I can board early) and I’m looking forward to testing my bionic ankle through the streets of Lost Wages. I am also looking to collect some of your massive flock over at the Rubena Facefu@k page.

So here’s what I’m thinking (thanks to you), head over to our page and give us a “like”. Every week I’ll go through the new “likes” and pull one out of… somewhere. That lucky person will win a fabulous prize package of whatever I can put my hands on at that time. I’ll even do one better, from now until Wednesday the 19th, I’ll pick an additional person who’s going to Interbike and I’ll buy them drinks and furnish them with a hip mounted booze apparatus at the Underbike Mixer;

Just make sure, when you “like” us, you send a note proclaiming your intention to enter the belly of the beast. Zing. Seems easy enough, though not so easy that I can’t make a book out of the idea. Sorry, I’m simply so vain that I even like to hear myself type.

If I hadn’t mentioned it before, the Rubena tires are the shiz, and you know if this guy takes heed to my tire recommendations, they’ve gotta be on the ‘not suck’ end of the ‘suck scale’.

Moving on and relating to that, not very much at all, master photographer and all around pleasant individual, Corey J. Keizer sent me this link for a thing I would very much like to own; 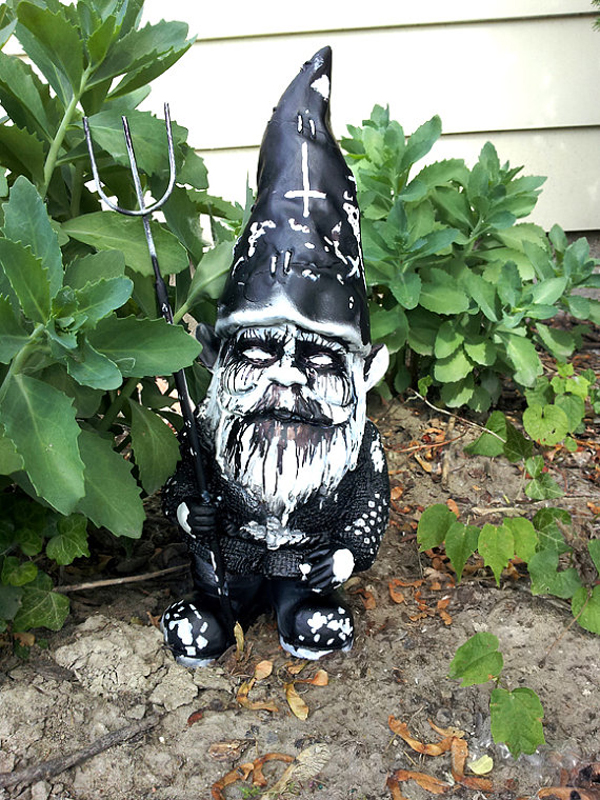 I mean, now that I actually have a lawn, I don’t see why taking possession of one of these wouldn’t make sense.

And speaking of handsome things you’d like to have in your yard, there’s this guy named Steve Crandall who runs a business called FBM Bike Company.

You surely remember him from such hits as ‘I ♥ My Bicycle’;

Anyway, he recently sent me two simple images that truly do speak at the minimum, thousands of words; 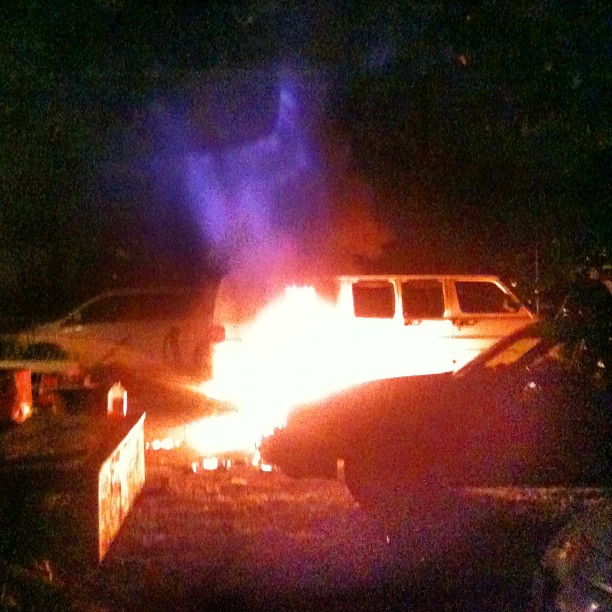 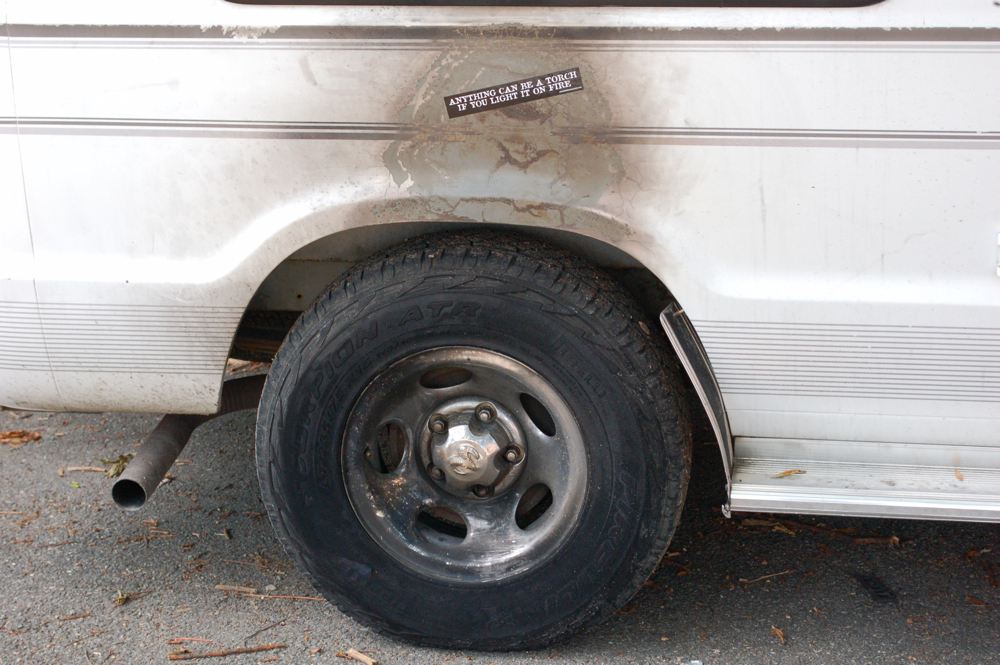 See what I’ve been saying? My stickers tell no lies.

In other bits and bites of AHTBM product related news, it was in May I believe when the most recent order window for the second run of EW&R made Bandit jerseys finally closed. I shouted from every available hilltop that they were real damn handsome and likewise, took every available opportunity to display photos of happy people wearing theirs from the first run, like for example, Joe from Maximo Supremo residents, Soulrun; Understandably, with the amount of time that has passed, coupled with the fact that everywhere but Australia and The Sun the nights are getting chilly, I’ve recently been fielding a number of emails inquiring when these are due to ship.

Let this stand as a wide spread notification that as of yet, EW&R hasn’t absconded with the money and made their way to live out their days in South America, but rather they are due to ship on October 15th.

If a monkey wrench gets thrown into that plan, you can rest assured that as penance, I will retreat to my corner to hand write each apology letter, wearing nothing but a diaper while sitting squarely on a bottle of ink.

16 Responses to “Letters from the road.”