But let’s see if we can’t change that. 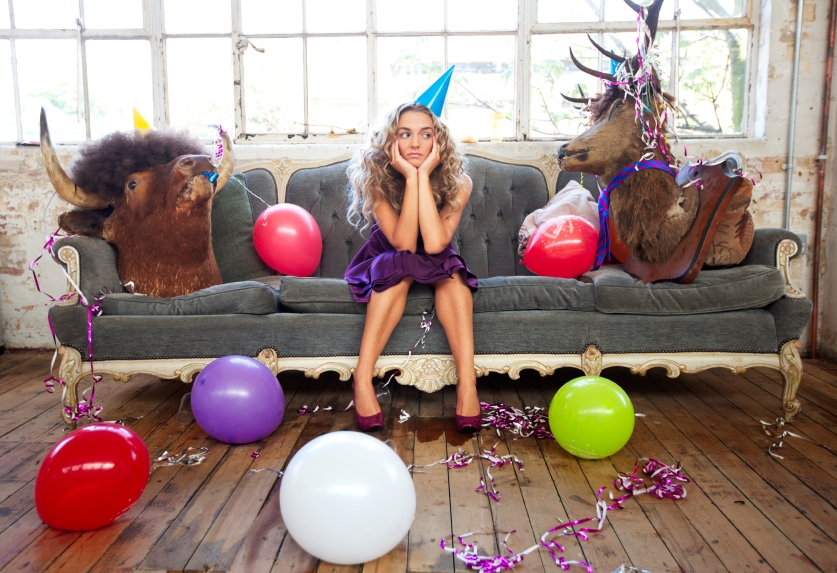 Before we get into anything I will make a final announcement for this coming Thursday’s Underbike Industry Mixer hosted by Swobo, Ritte Van Vlaanderingham, Soulcraft Bicycles and myself; 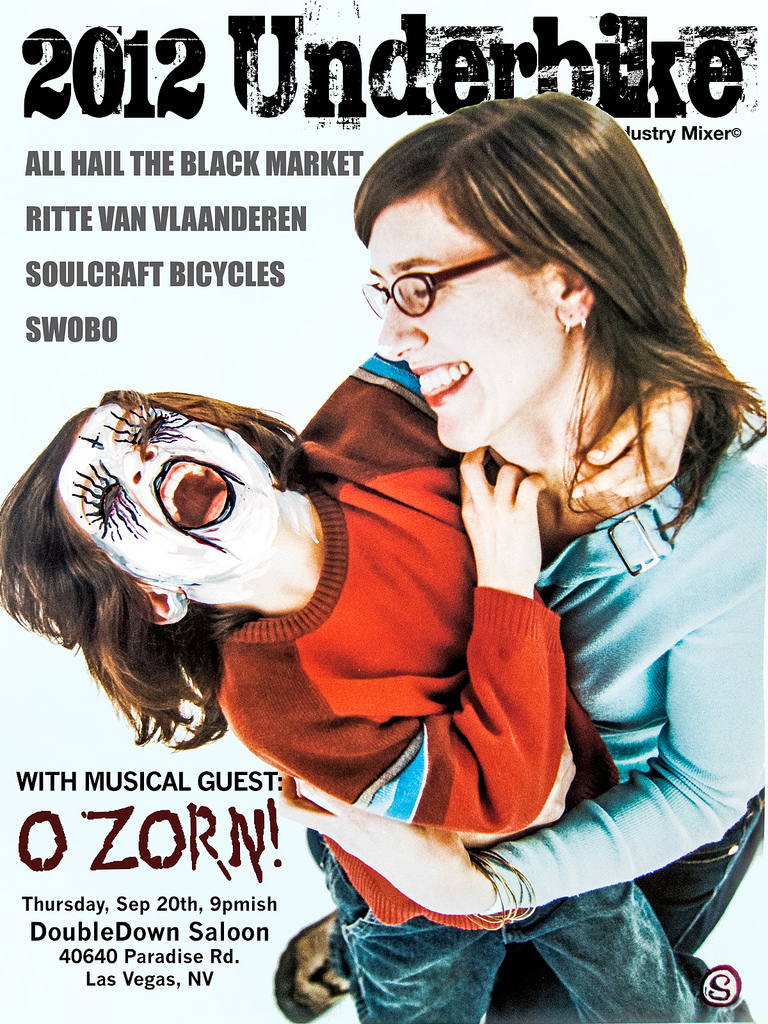 There is no reason for this event other than the fact that I’ve never had much of a taste for other Interbike related parties. The varying imprints involved in this and I have for the last four years felt that there needed to be some kind of meet and greet for our ilk, and not since the long past days of the Spooky Bikes crew taking over whatever pre-existing party they happened upon, has a function existed for the rest of us.

So in organizing this, the biggest thus far, ours is a labor of love and we hope that you can join us for cocktails, lie telling, high fives and the sights, sounds and smells of Long Beach, California’s O Zorn!;

After speaking with O Zorn! frontman Bill ‘Somebody Give Me A Throat Lozenge‘ Kielty on the phone last week, it seems as though they too are making, just as everyone in the bike industry is, a mad and last minute scramble to get all of their ducks in a row. He mentioned that they will have some merch on hand, most notably (assuming everything works out in their favor), the band’s premiere release.

So please, accept this as a formal invitation to come one and all to have a bash with us as we celebrate everything under the sun that we find to be worthy of celebration.

On the downside, your attendance will guarantee you a one way ticket to H-E- double hockey sticks, but if you would like to get your karma cleared up beforehand, earlier in the day I’ve got some goods that are just what the doctor ordered. Dan from Nashville Bicycle Lounge and Shep the event coordinator get the good guy awards for hitting the bricks as hard as they have with the amazing Ride For Reading throwdown;

Come out on Thursday, and you could actually be the person who hand delivers Ride for Reading’s 100,000 book!

We are back for another round of Interbike! Just as last year, we are bringing our mission, to promote literacy, healthy living, and cycling, through the distribution of books via bicycle to children from low-income areas, to some amazing kids in Las Vegas.

With the assistance of over 25 companies and 80 cyclists, including 5 professionals and several ladies from the Elite Jet Cycling Race Team, we donated 2,000 books via bicycle to the children of Peterson Elementary School in Las Vegas! This was extra special, because the school was an active participant in the Nevada Safe Routes for School program. 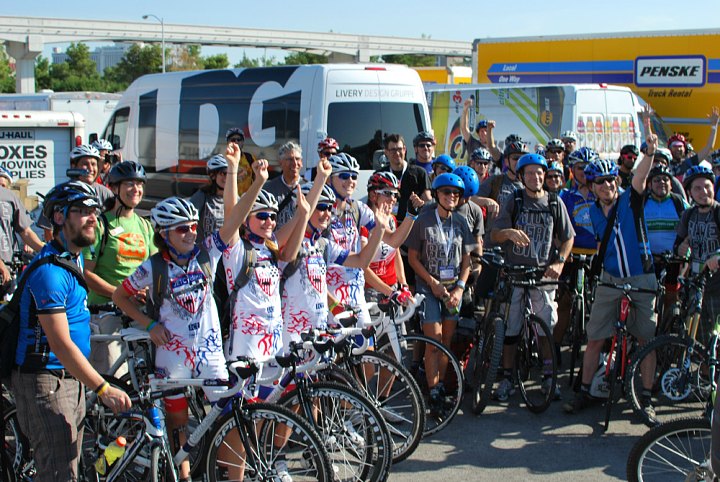 We are excited to be working with the Clark County School District again this year and hope you will assists us in impacting the lives of hundreds of children through cycling. Our Ride for Reading book delivery via bicycle to a Las Vegas Elementary School will be held on the morning of Thursday, September 20, and will be meeting at the back parking lot behind the Sands Expo, off of Sands Avenue at 8:45am, and will have minimal impact on your participation at Interbike. Riders will be asked to arrive no later than 8:30am. Pivot Cycles will have their demo fleet on hand so there will be bikes for use. Everyone will receive an event t-shirt and a chance to win a ton of schwag from our sponsors! The ride is FREE!”

See what I mean? Instead of bumbling about in a post/pre hungover daze within the confines of the hall, get out and help effect a very positive change.

How do you think these legions of kids, as well as city residents will view cyclists, when they come in mass bearing a gift such as this?

This event hits home on a whole lot of levels.

So when you are in jail nine hours later, you can use this as leverage for an early release.

With all of that said, let’s get down to business.

There has been some confusion as to why the recently released AHTBM ‘Department of Awesome’ patches have what appears to be (it does, because it is) an index finger, where by all counts there should exist the middle digit instead; 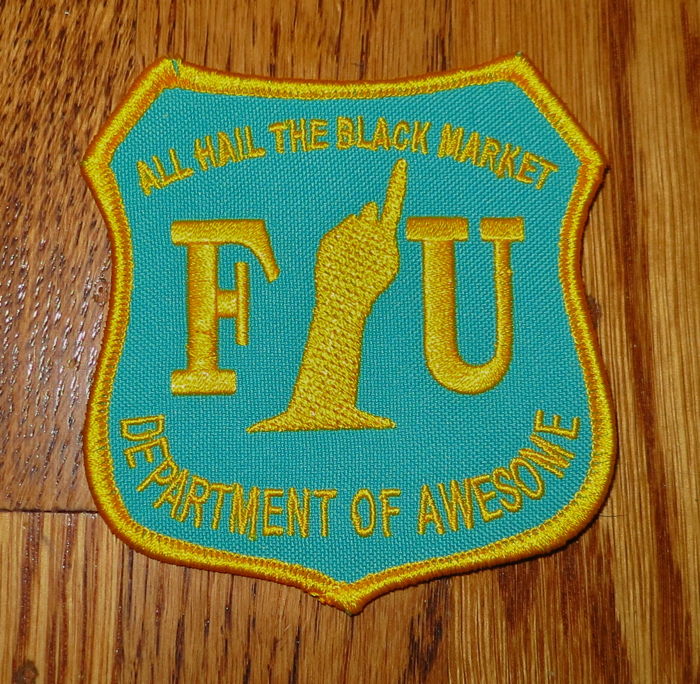 Please allow my friend Richard to elaborate. (If you are at work or at church or at work at a church, turn your speakers down.);

I would like to note that the patches sold out way faster than I thought they would. I have a second batch coming in in about a week’s time though, so don’t get your panties in a knot.

In other news, homie Justin from Swobo V.3 sent me some info on something super bitchin that they will be rolling out very shortly;

It is with great pleasure that Peter and I introduce to you the first NEW Swobo bicycle model, the Divine. She is called the Divine not just because she can stuff giant 45c tires between her 120mm stockings, but also because she is as nimble in the sack, I mean road as that dirty ‘ole Sanchez. We wanted our first bike to be a statement about what’s to expect from Swobo 3.0 in the months and years to come – nimble, low-key and kick-ass; we have a great platform in which to build from.

The Divine frame set hand-made in Portland by our friends at Zen and will come in two color options: gloss red-oxide: 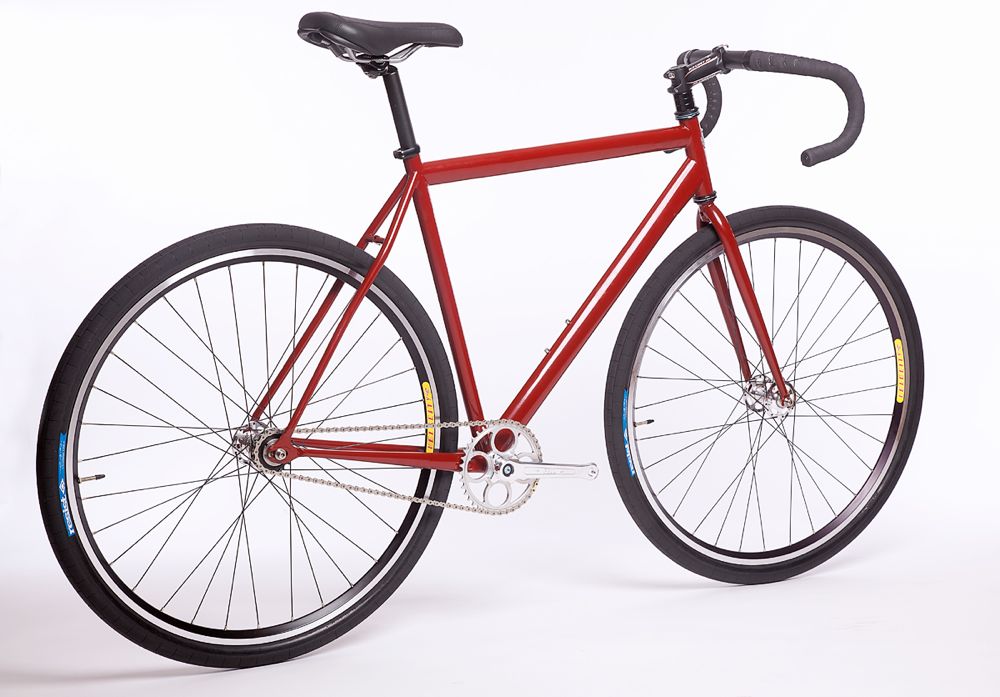 and brass monkey (which is raw steel with gold clear); 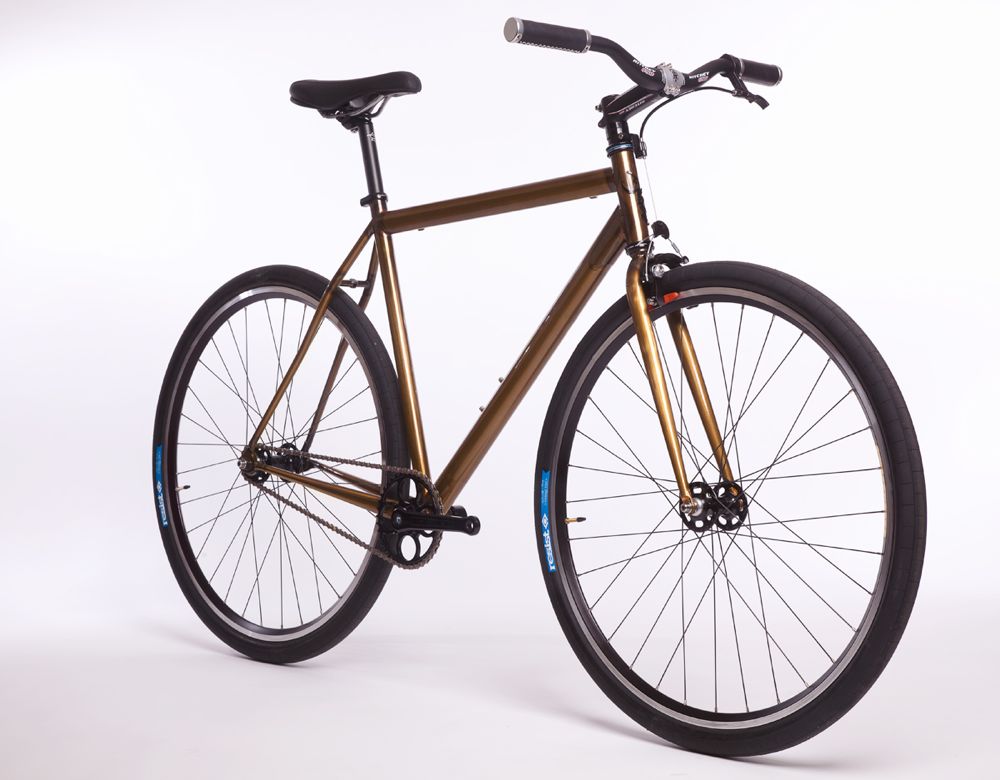 This TIG-welded steel she-beast frame set carries an SRP of $899.00 and will be offered with Paul Component Engineering kits and hand-assembled in Colorado by Ben, formerly of One on One Bicycle Studio up in Minneapolis. Lower-priced build kits and coaster-brake rears will come later as we catch our breath and get settled in our new digs, but we have loved Paul Components since our days wrenching in Santa Cruz – and fitting for such an amazing bike.

After Vegas cools down (or heats up?), we would love to offer a joy-ride of the Divine and send us your thoughts from the saddle.

Firstly, is the name sake of this bike who I think it is? 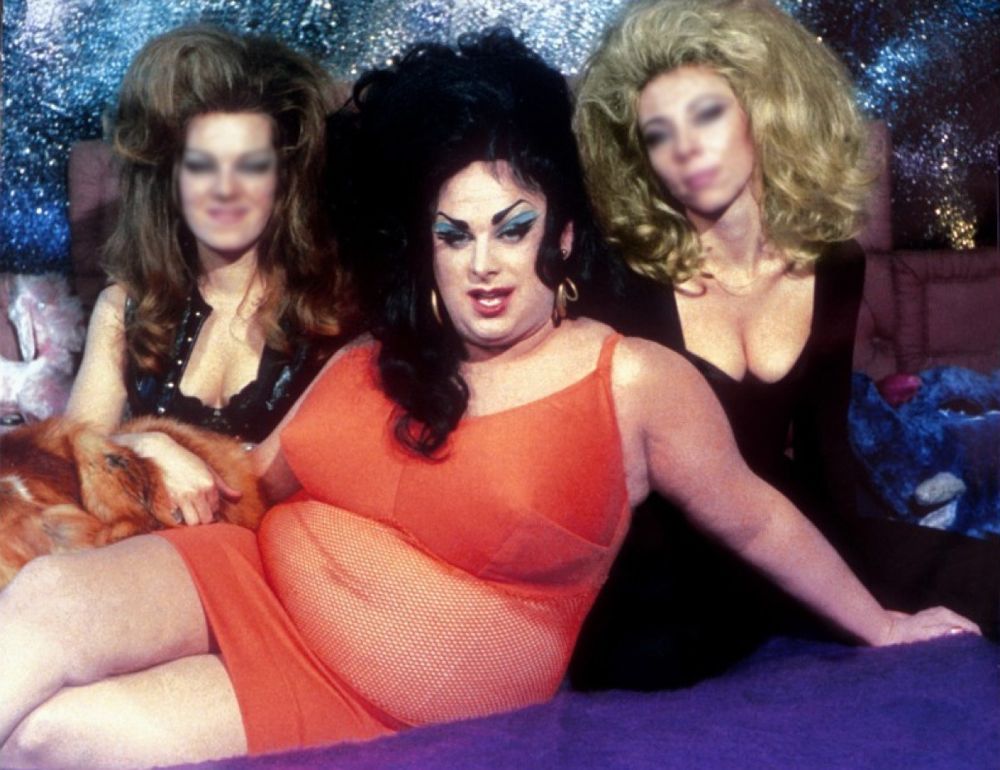 Because if it is, that’s just about the badest ass thing I could think of.

And secondly, after all has been said and done, and Swobo has set up shop now for the third and final time, we see what’s been happening behind the scenes. This is really awesome for a number of reasons, not the least of which is because Justin has offered me an opportunity to have some alone time with one. Nine hundred bones for a real deal, American made and supremely spec’d baby? If they can pull that off, why isn’t everybody? I’ll see if the answer to that question, and so many more can’t be found when I finally get to lay my eyeballs on these bikes next week.

With that said, if I don’t meet my demise as I expect, I will be back to my post here on Monday, September 24th with tales to engage and delight.

And that won’t be much of a bummer at all.

11 Responses to “Monday is German for ‘bummer’.”