When last we were together, I was regaling you with tales from the past; 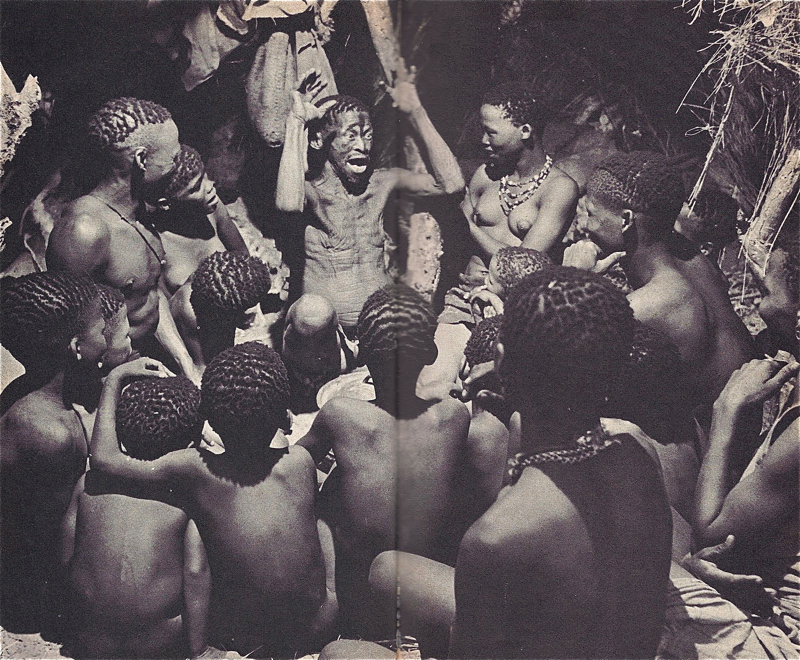 We’d covered my arrival, and most of The Homie, and the saucy Halloween party. That was just the first twenty-four hours and I still had another forty-eight to go.

With ringing ears, I slinked off to my little corner of Liz’s house and caught a few much needed Zs. Most of the following day (a few hours later) were spent bumbling around in an attempt at getting out of my own way. That afternoon I had to make my way to Sea Salt, (which if you recall was the scene of this crime, and the last place I lost my pants) to rally for that afternoon’s Bandit Cross race. Upon entering the restaurant, I came across Chris the owner and he promptly put a beer in my hand. Then in came Jen, and Mark and Geneo, and more beer was poured. I continued to wait for the other Bandit Cross participants, when I was informed they had all come and gone while my back was turned.

Slamming our last drops, we skedaddled into the woods in an attempt at finding the race’s start; 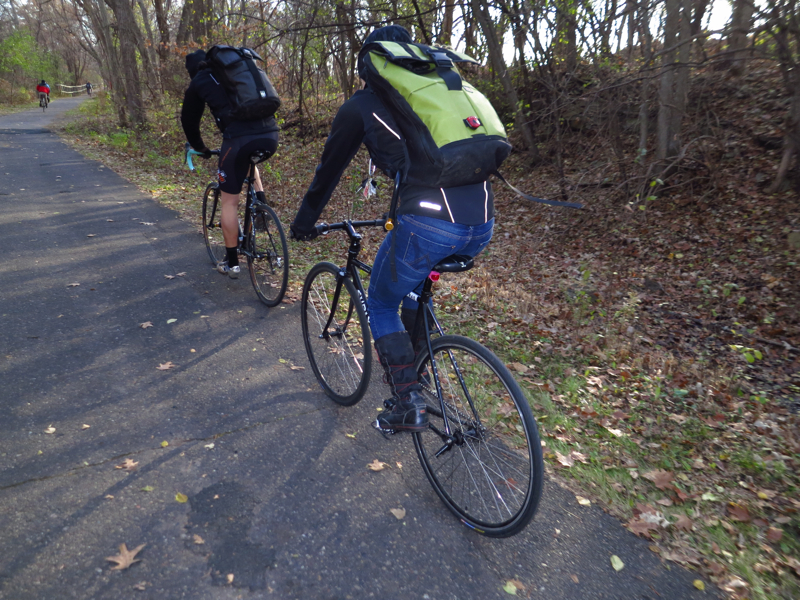 Naturally I went the wrong way and as I was closing in on the staging area, I came to find out I was actually in the lead. Geneo and I did battle for forth and fifth for a lap when I pulled out to drop my bag and shoot some photos; 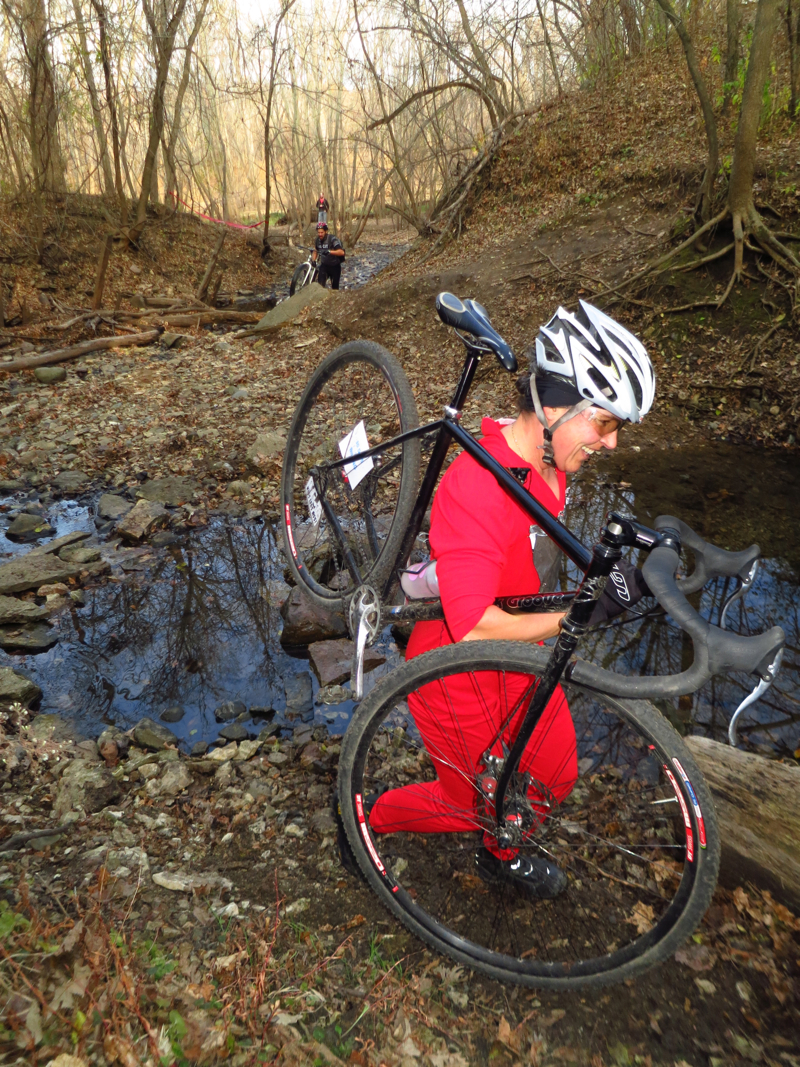 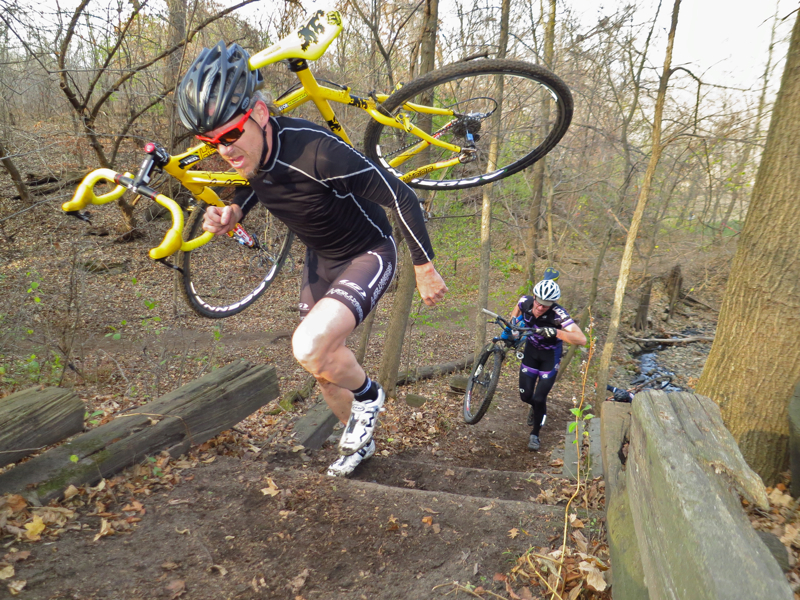 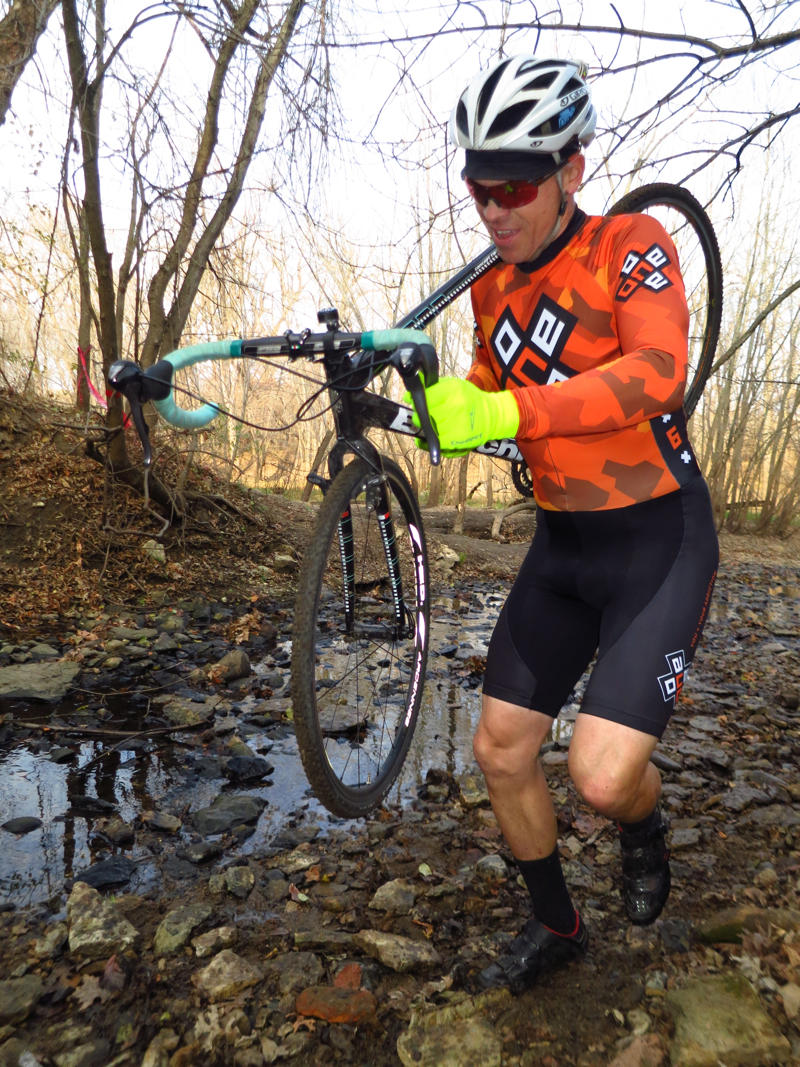 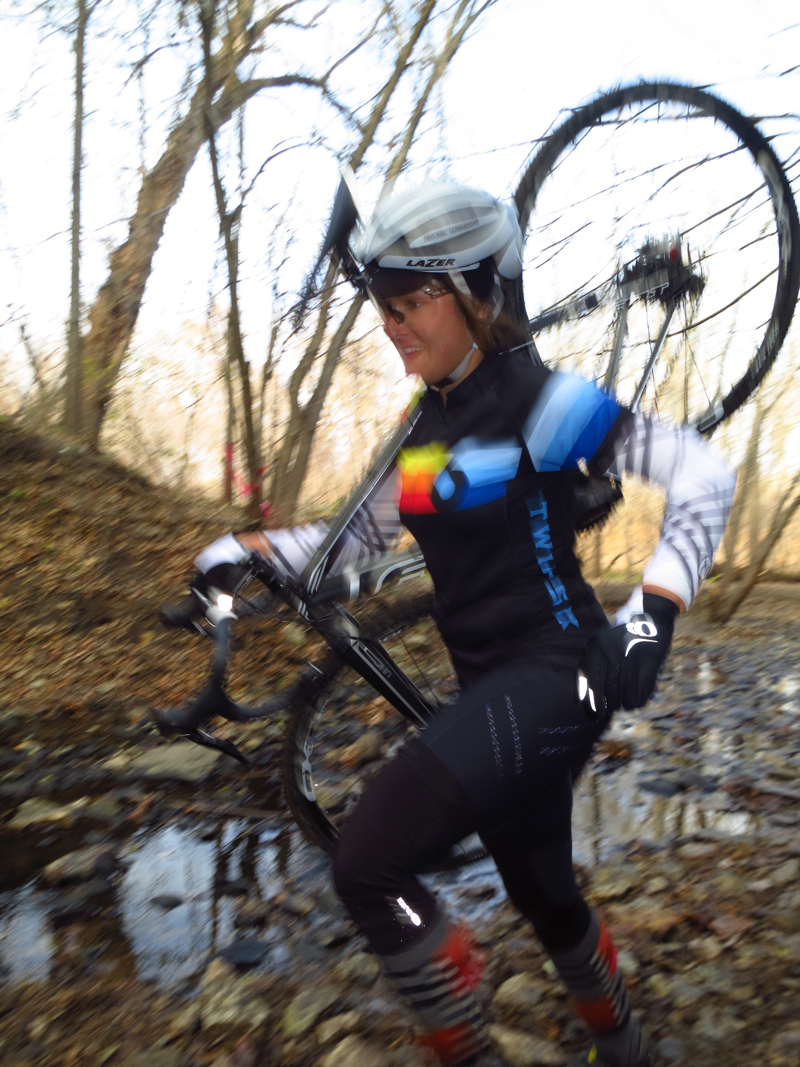 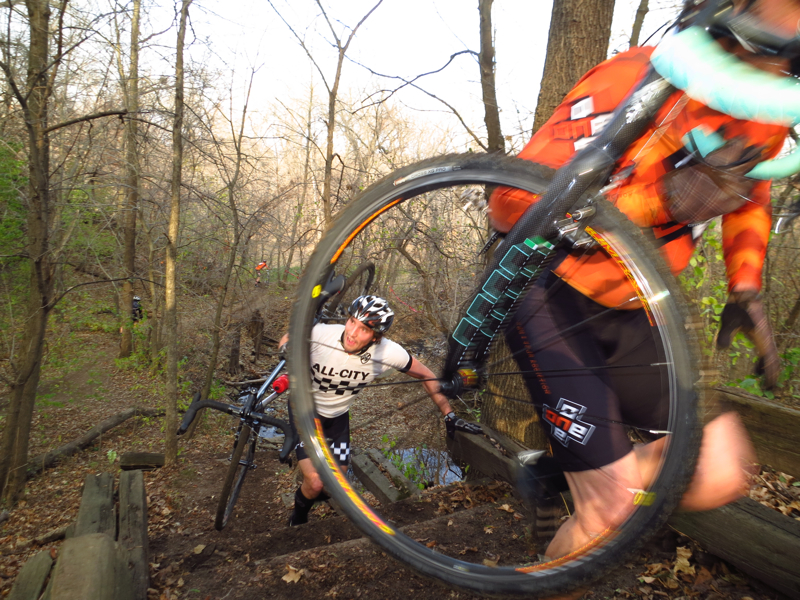 Sensing victory was slipping through my grasp like so many greased marbles, I rejoined the fray for the conclusion of the event, damning the fact that I had to wear the hats of both a documentarian as well as a cyclocross styled athletic pursuitist, clearly neither of which I’m very adept at.

At the event’s conclusion, there was more camaraderie than you could shake a stick at, and after assisting race organizer and head jerk Jeff in the clearing of the course, I spent a little more time in the woods guffawing and chortling with my compatriots; 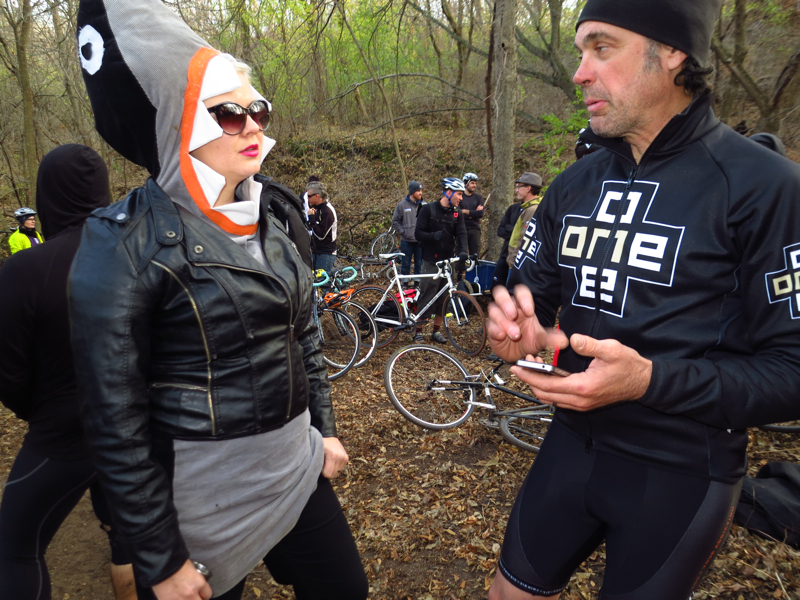 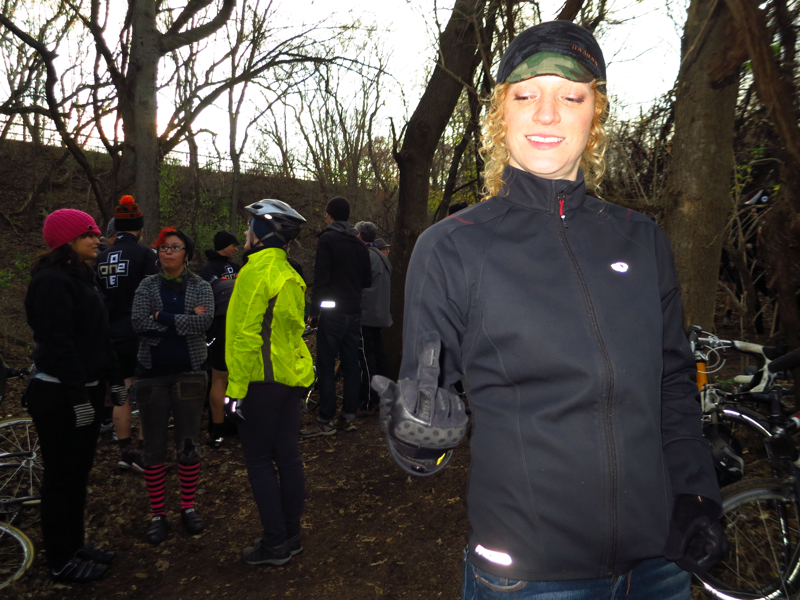 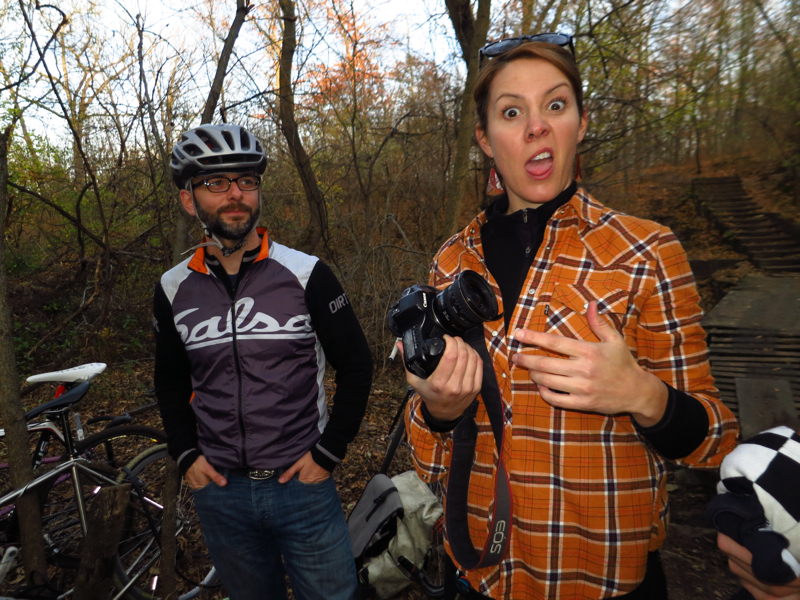 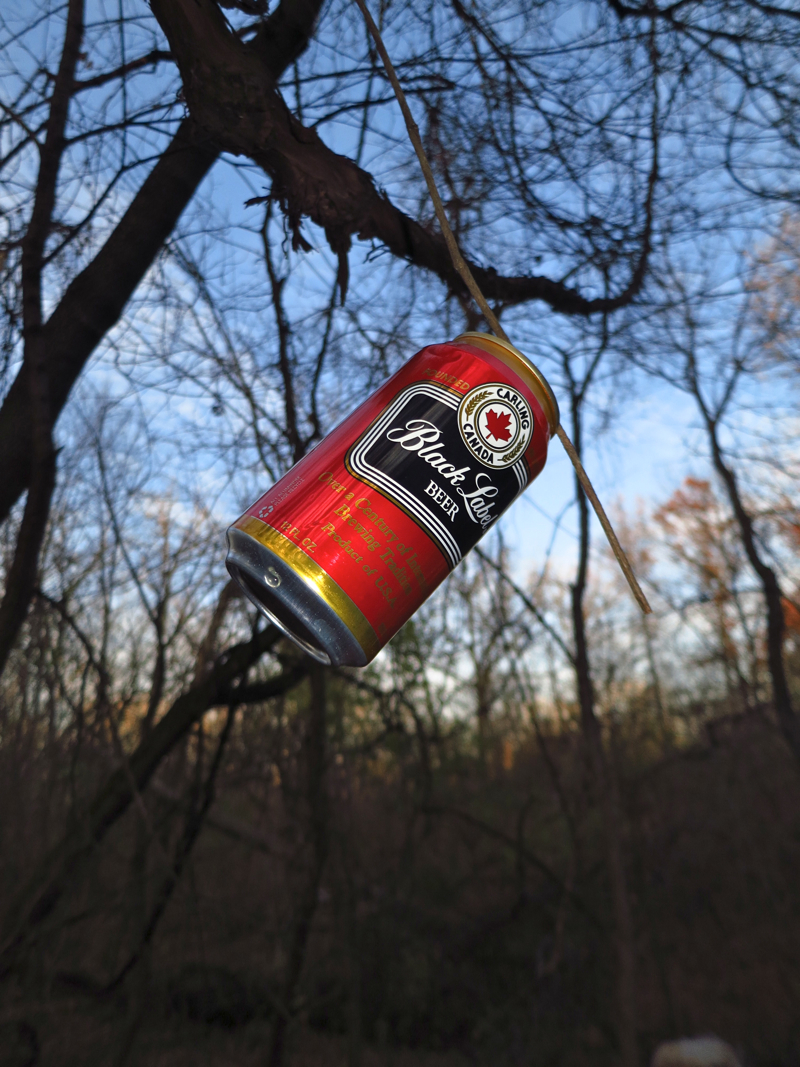 The sun was dipping low in the sky, and with that, the lot of us shot in all different directions with thoughts of chilly temps and the next chapter of the weekend dancing in our heads.

We returned to Gene’s house and after spending a bit of time with his and Jennifer’s little ones, and watching two of the most fractured and nonsensical puppet shows ever conceived of, Hurl showed up and we shoved off for OFF!; 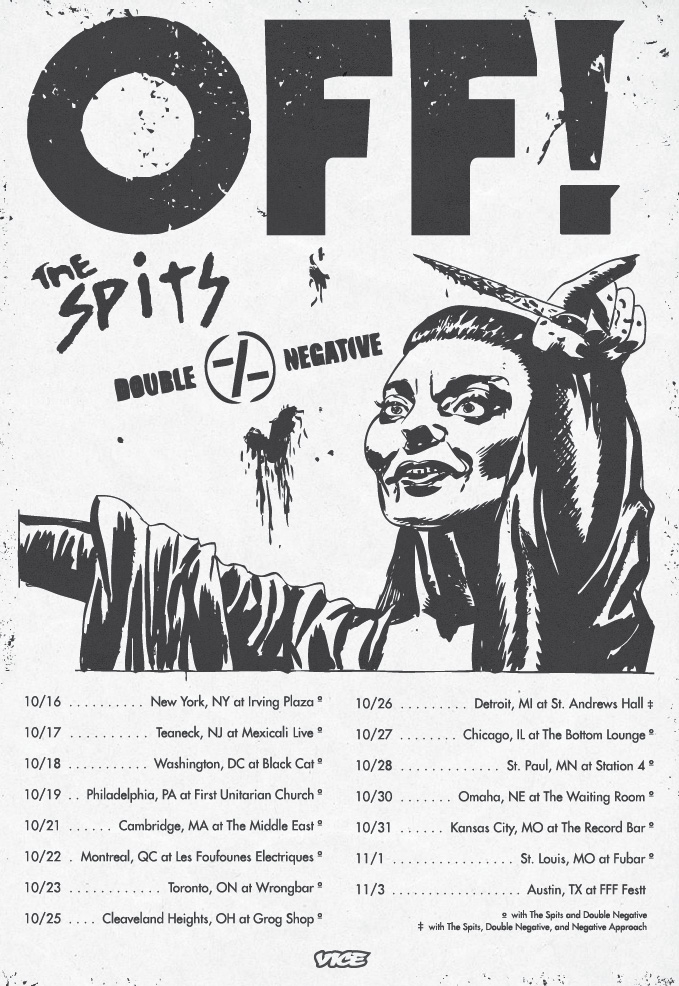 Weaving though the dark, we were en route to the city of Saint Paul, which in my mind is like Portland East East.

Upon our arrival to Station 4, Hurl noted that it was like your cool uncle’s basement. It was a dive bar’s dive bar with a separate performance area that could warm the heart of the most jaded dirtbag, and it did. OFF! took the stage and the room erupted in a swirl of bodies and blaring music; 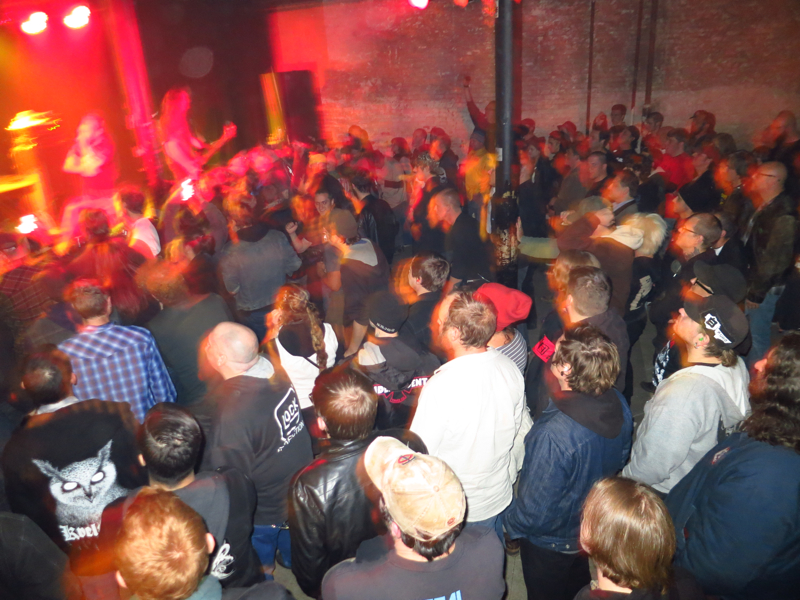 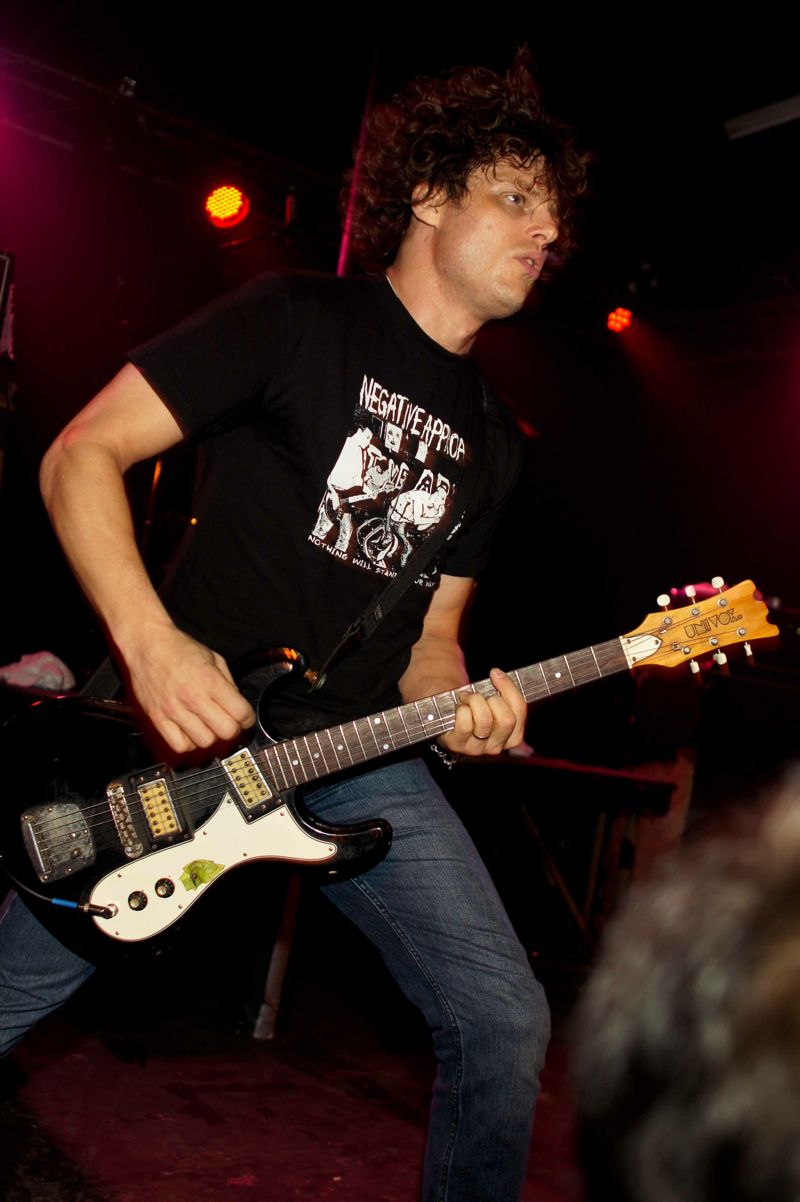 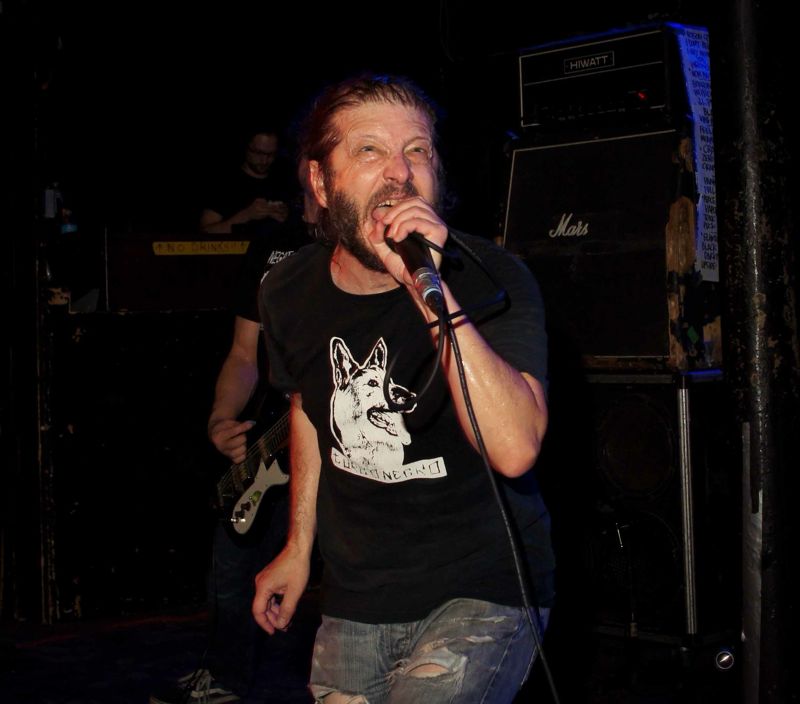 Photos of Dimitri and Keith © and courtesy of Brandon J. Sanford.

I opted out of the pit as I was loaded down with a backpack, but from my perch, I took note of one individual in particular.

Now, I’ve been attending shows of a punk rock nature since I was a wee lad of twelve years old, and I’ve seen my fair share of pit dwellers and their varying styles, but this young lady; 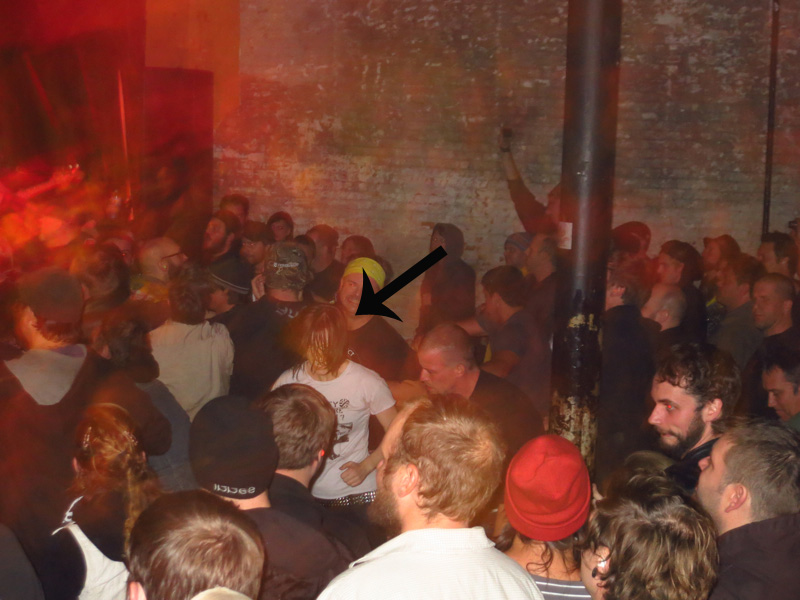 -knew her business, and held court in the eye of the storm for the entirety of the evening.

Not unlike witnessing someone truly and throughly enjoying whatever task is at hand, be it eating a bowl of ice cream, or changing a set of drum brakes on a 1972 Chevy full ton, it was a pleasure watching her work.

OFF! blasted through twenty-five songs in nearly as many minutes, and operated like a finely tuned and ear splitting clock. Their anger and contrasting message of hope was contagious and everyone in the room (with the exception of two meatheads who Keith Morris deftly shut down) was floating on a punk rock cloud by the show’s conclusion.

Should you, (and by that, I mean you should) get the opportunity to catch them play, I highly recommend it.

Last call was announced and the final few of us disbanded back into the dark and cold night for further adventures as we explored the remains of a hobo camp; 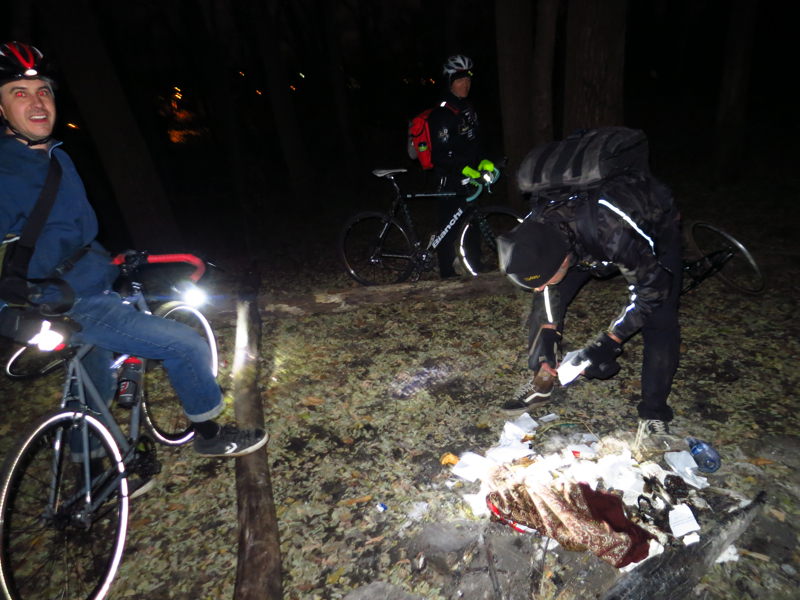 After finding a pile of legal papers containing a hapless individual’s list of aliases, we declared Hurl’s drunken alter ego to be that of ‘Billy Ogres‘.

If the suit fits, wear it, and Billy Ogres seemed to fit just fine.

With that business handled, we continued on; 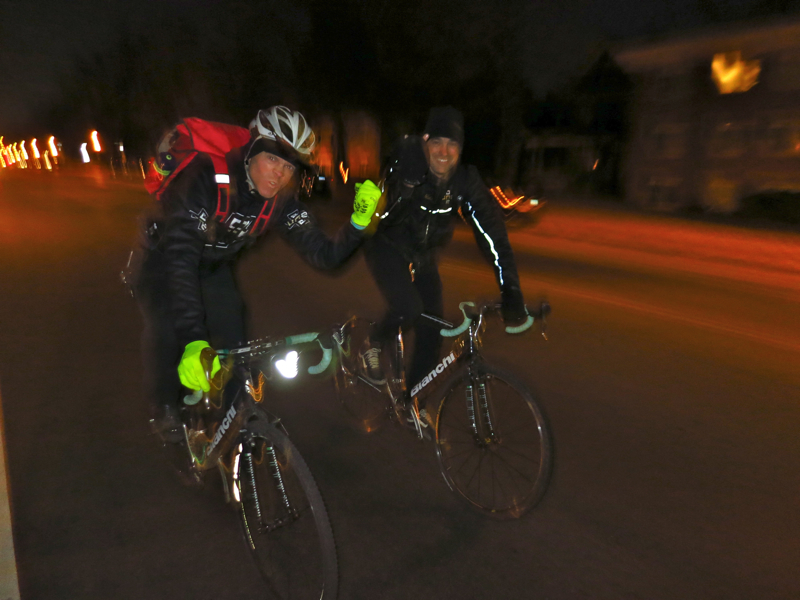 Finally, after parting ways with Gene, and getting repeatedly shut down in attempts at finding early morning eateries, Hurl and I returned to Luce and watched the parade of Halloween revelers, all who appeared to be dressed as different incarnations of people with their asses exposed.

At 2:30 am, my head finally hit the pillow providing me with a few hours of desperately needed sleep.

The remainder of my time in town was spent resolving my lost telephone issues, riding around downtown, catching up with stragglers, having a peaceful dinner, and saying my goodbyes.

It was the calm that followed a storm, which as you sit in a fuzzy, black and white, and partially dressed circle before me, I can only hope to have effectively recollected.

7 Responses to ““It’s not an adventure until something goes wrong.” -Yvon Chouinard”