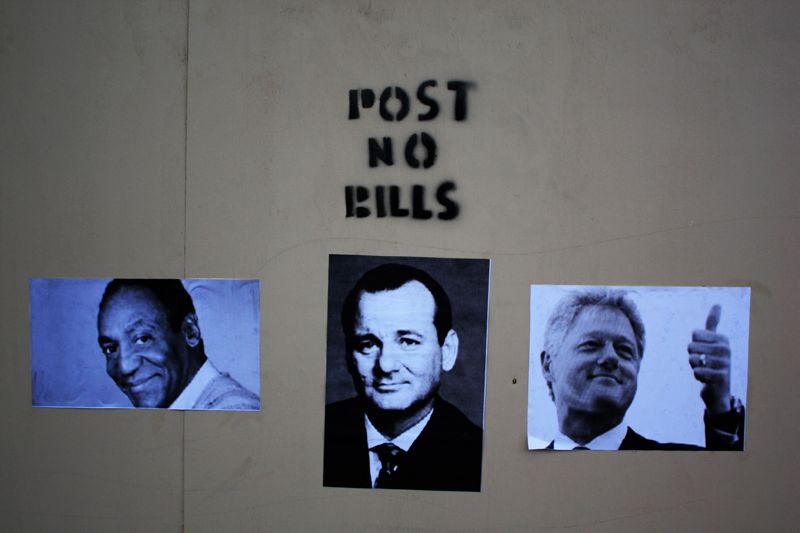 Some time ago I decided I would begin compiling a collection of the various flyers that are either sent to me or that I find during my travels around the internalnet in my Flickr account. I have a soft spot for flyers that goes back to my twelfth year of life when I began collecting those I found promoting live musical performances of a punk rock nature.

They were a medium for artwork that seemed to slip between the cracks, and a form of which I could actually afford, given the fact that I was making $2.35 an hour washing dishes at The Evergreen Inn (which apparently is now a sushi restaurant); 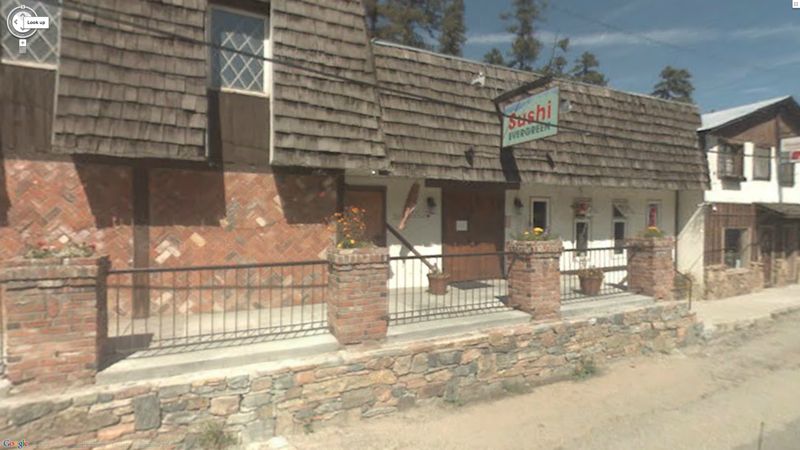 It was there that I learned the finer points of having knives thrown at me, getting locked in the walk-in freezer, having coke addled bar patrons put Tabasco in my cup of soda and cleaning grease traps.

The place was a total dive, and one morning when I arrived at work, instead of washing the previous evening’s back line, I found that one of my compatriots decided instead to throw all of the pots and pans into the garbage can before clocking out.

On the plus side, it was also the first place I ever heard the song ‘Suffragette City‘, as well as the location from which I kicked off my first actual relationship with a real-live girl. Her name was Jill, and I loved her very much. She would be the first of many women to teach me about heartbreak.

But I digress… So I’ve long appreciated the aesthetic of the hand bill, and in the process of collecting electronic versions, I’ve recently come across a few which advertise upcoming events which may or may not concern members of the AHTBM readership.

This coming weekend in the southern part of the West Coast, we have the Spooky Cross Krosstober-Fest put on by L.A. Bike Fest; 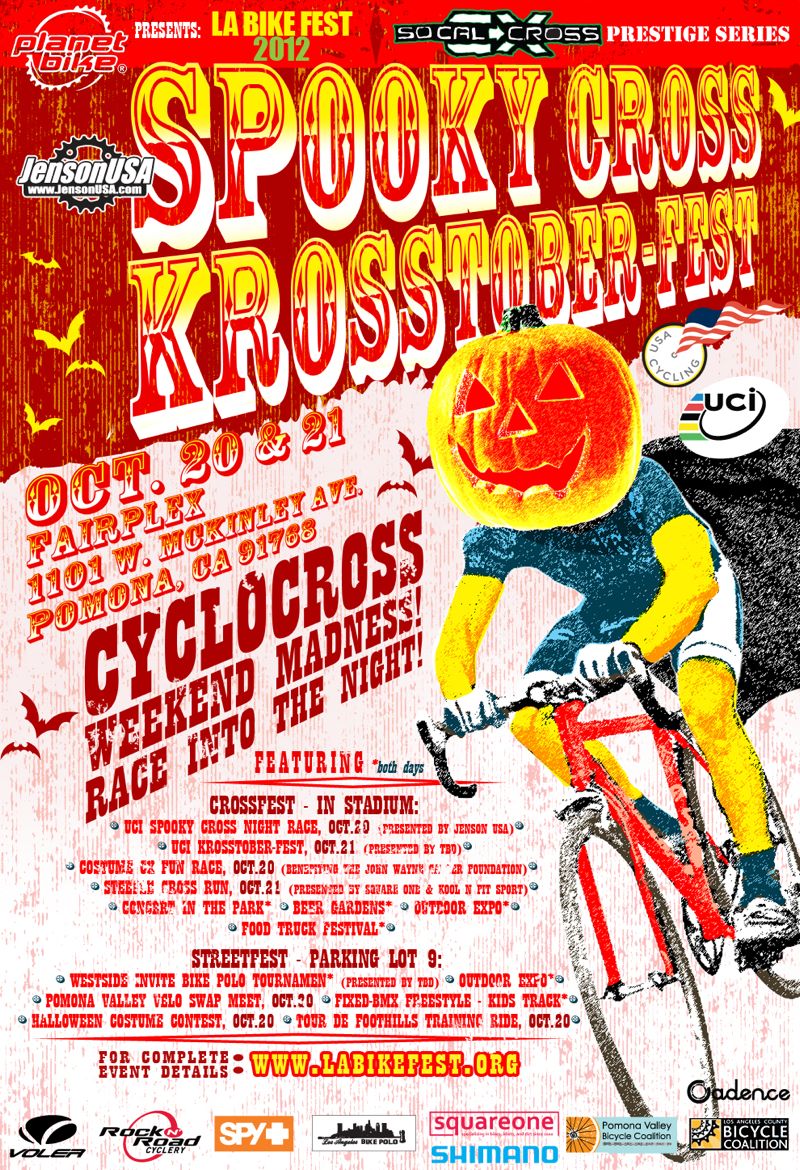 This event appears to promise everything short of dunk tanks and elephant rides. If this strikes your fancy and you are within spitting distance of it, perhaps you’d like to mark your calendars.

A few days later in Cleveland, David from Scum City Racing sent me a flyer for a throwdown which I actually think I’m assisting in sponsoring in some way; 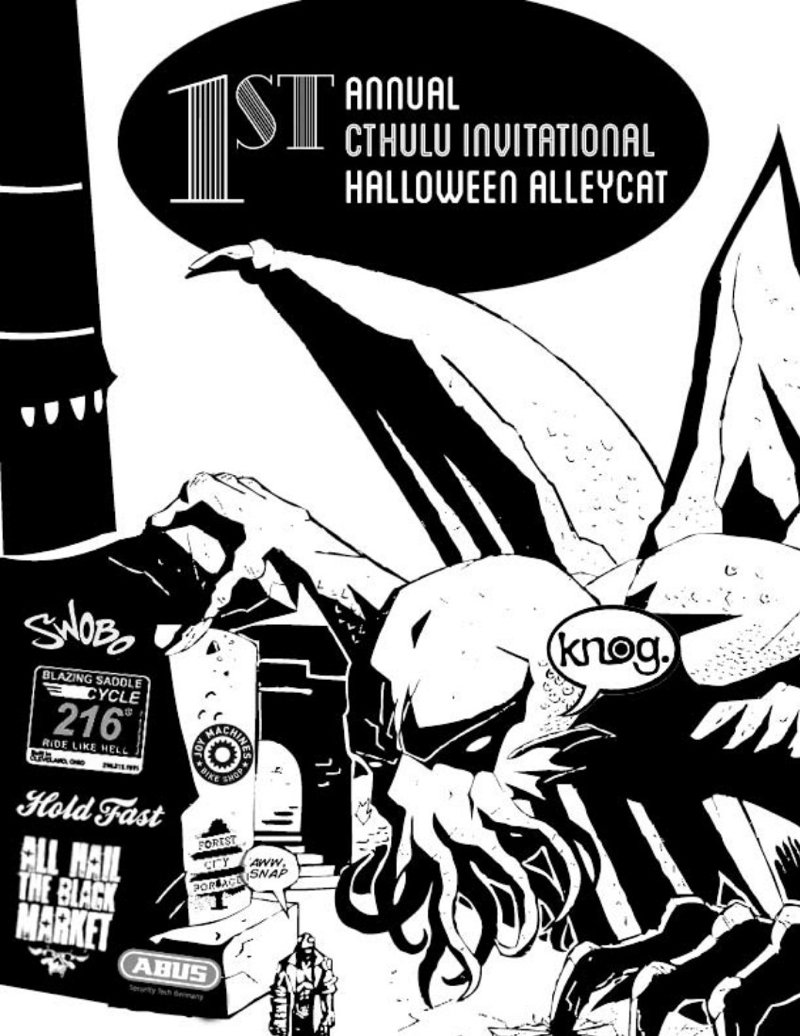 Though a broken yo-yo and a can of cat food shouldn’t really be considered ‘sponsorship’.

One company who has certainly gone above and beyond my meager efforts in assisting this race is our friends at Swobo, which David has elaborated on in the accompanying email;

Thanks again for helping us here at Scum City Racing. I’d like to let you know that the stellar Pete Discoe has agreed to donate a Sanchez frameset to the winner. Think that’s a nice reason to come out and race on a Friday?

Yeah, I think that is an extremely nice reason to make it out.

Getting into November, Murray Kentucky’s Gear Up Cycles are hosting the Barkley Bootlegger cross race; 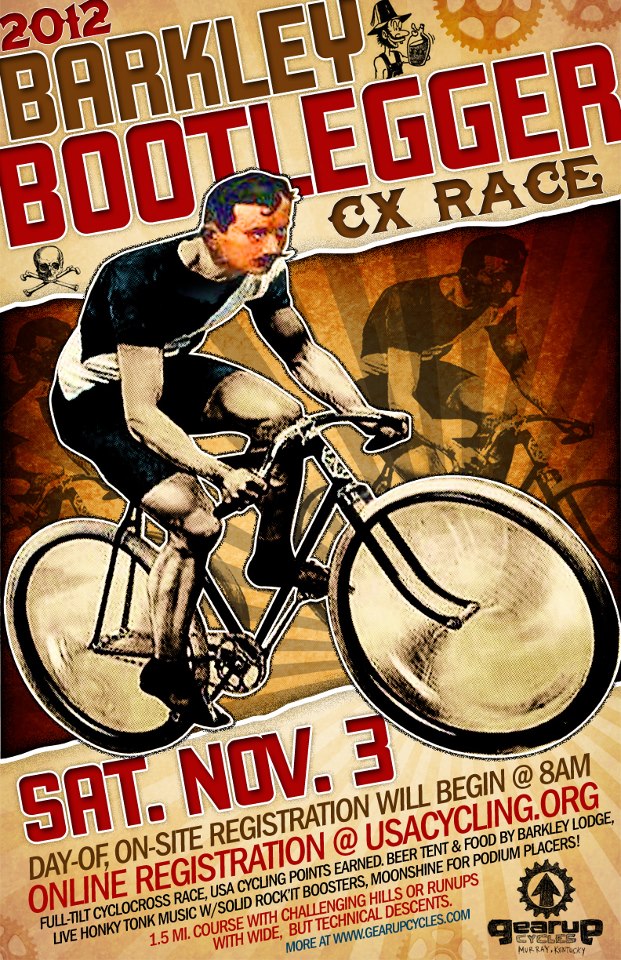 Bring your own handlebar moustaches and hair wax.

On that same weekend, the heads at Denver’s Salvagetti Cycles, in conjunction with Maximo Supremo residents Surly Bikes, have a bad ass little project in the works where you can go an enjoy some outdoor time with like minded folks; 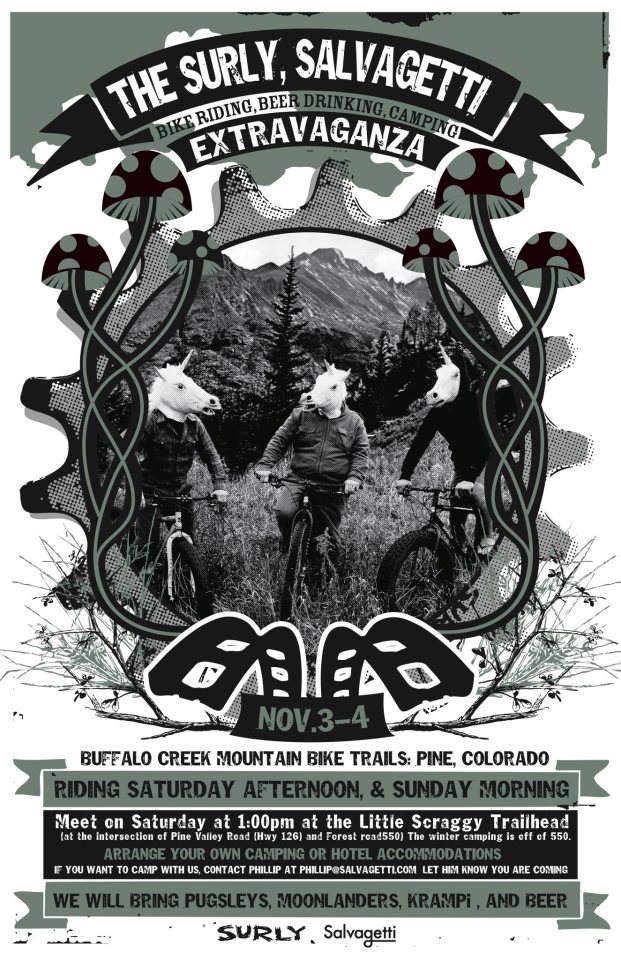 ‘Work’ in the Salvagetti salt mines is clearly tough going.

Moving up into the East Coast, the powers behind Staten Cross have a brand new year of forty-five to sixty minute bursts of pure discomfort; 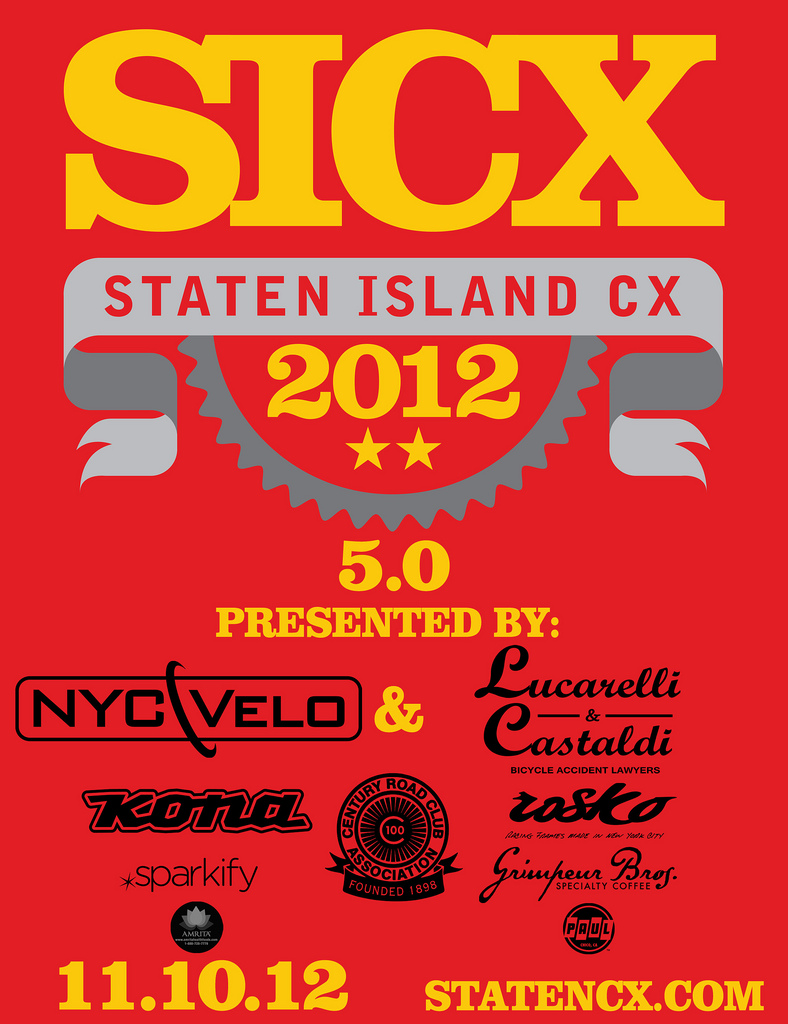 Then, a spell later down in North Crackalacky way, the good people at The Spoke Easy are not only celebrating their three hundred and sixty fifth day in business, but they are hosting an alleycat race as well; 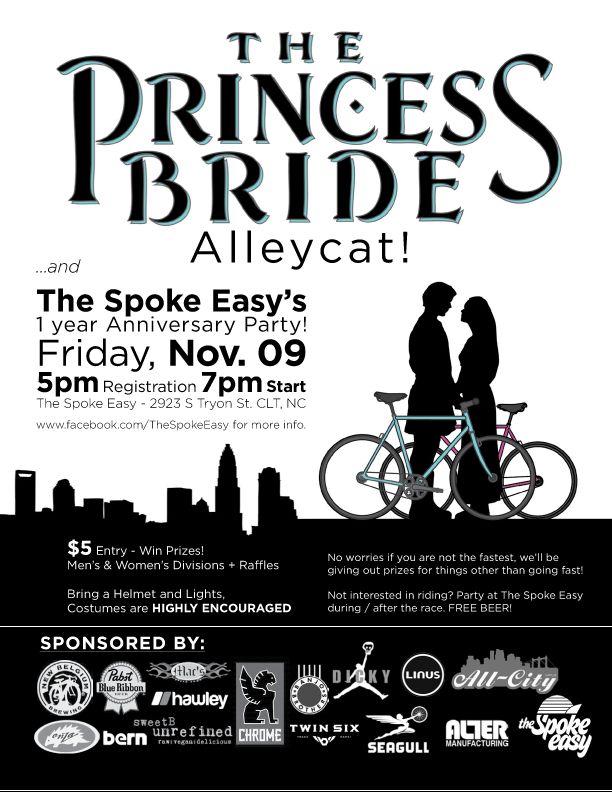 Now lastly, I have a notification for an event that is happening on this very night, right here in San Francisco. It’s a photo show, it’s a bike show, and it’s an opportunity for people who engage in cyclocross styled athletic pursuits to come and fawn over photos of themselves in a venue other than Facebook; 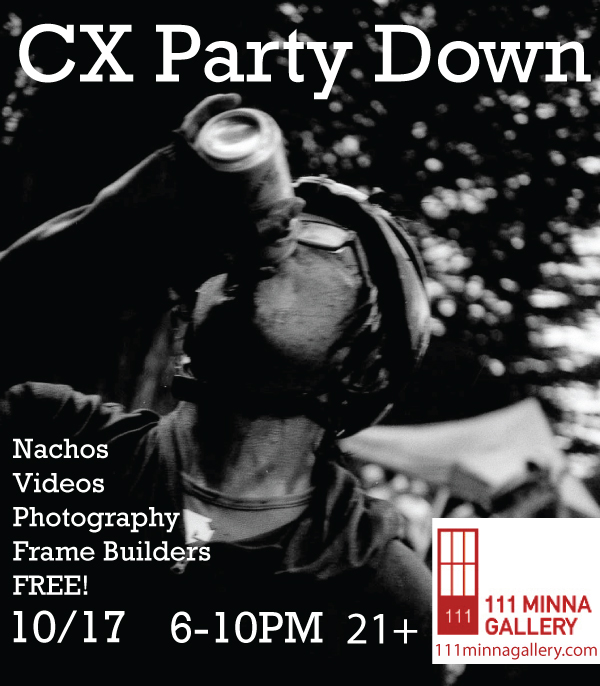 As long as I don’t loose this card that bar manager Big Dave presented me months ago before tonight, it should guarantee my continued dragging along behind this wagon I’ve been trying to stay on; 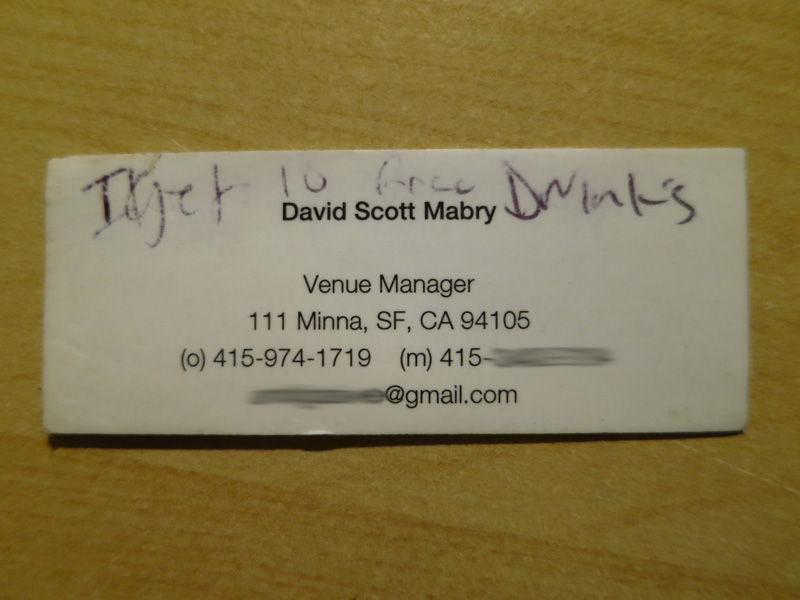 So there you have it. Your dance cards are booked.

Not having anything to do with flyers, but rather that of spreading a dirty word to the masses, Skull Krusher McGee from Speed Metal Cycling sent me a plea to get the word out about helping him realize a dream;

I need your help, bro… Trying to get preorders for these damn wool jerseys. Want them to sell like a bootleg Cradle Of Filth CD in a black metal fest in Ft. Wayne, IN: shitloads and overpriced. 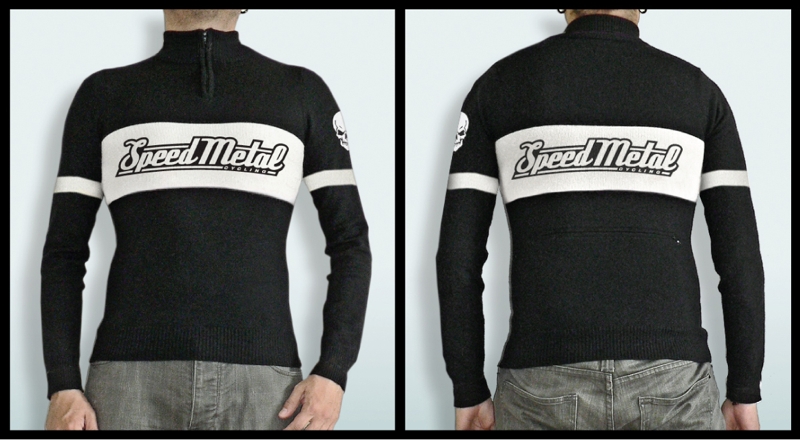 Can you make fun of them or something? Your audience is pretty damn big (not as big as Cradle Of Filth’s) and that’d really help me out. I’ll owe you a siXXXer of Iron City, the awesomest shit lager this side of the Allegheny River.

Thanks in advance, brah!”

In association with all of that, certainly, if anyone has any events or whatevers they would care for me to post, I’m always happy to lend a hand. stevil(at)allhailtheblackmarket(dot)com is the direct line to the main vein.

And speaking of those, Hollywood Jeff’s almost slipped out of his Daisy Dukes while he was busy being the only official AHTBM correspondent at this year’s Interbike Industry Extravaganza as he interviewed Lanolin and Benjua of Ritt-aye Vahn Vlünderingaarm;

I think it’s safe to say they’re all paying attention to me now.

19 Responses to “Paying attention is another form of commerce.”