But maybe not necessarily the kinds of changes Mr. Bowie was referring to. No, these are changes of a much more personal nature, because of which I stand before you today with my head bowed in shame. For you see, on Tuesday I made the drastic decision to not only join a gym, but to carry on with two personal trainers (both of whom you’d want in your corner should you find yourself in a bar fight) named Dave and Jake.

This wasn’t an easy decision to make, due to a lifelong aversion to forms of static exercise of any kind. Looking at people running on treadmills within the fishbowl-like confines of a gym always showered me with a sense of supreme self satisfaction knowing that while they were inside literally spinning their wheels, I was spending my days outside actually doing something in order to maintain some form of fitness or another.

However, for a decade there has been an underlying uneasiness that I was doing myself more harm than good by engaging in just a single set of movements that would one day rear up and bite me on the ass.

As it turns out, that premonition was not entirely unfounded, now that I’ve been plagued with chronic shoulder and wrist issues for the better part of the last three years. Unlike the traditional gym rat, my end game is not to get ripped and stand in front of the full length mirrors admiring my form, but rather to develop a foundation of strength in the under utilized muscle groups that cycling doesn’t touch, and in doing so, to avoid further and/or future injuries.

Some of you all might recall this post when I visited Specialized Bicycles Morgan Hill World Headquarters for the HTC/Highroad elite cycling team’s official launch.

At one point (11:00 in the morning on day one to be exact), I made the following observation regarding an aspect of developing the team member’s skills to their optimum level;

“11:00 Team P.T., Darcy Norman explains ‘core strength’, which much to my surprise is not an 80′s hardcore band from Boston.

He describes the method behind the FMS, or the ‘Functional Movement System’, which is a preliminary core strength test challenging neurological and physical abilities and connections, which was initially developed by two people named Greg Cook and Lee Burton.

I can’t shake the feeling that I would fail that test.”

As it turned out, the FMS was the first thing I did with Dave in order to design the most efficient training regiment. Though I didn’t fail, and actually scored considerably higher in some of the test’s aspects than I thought I would, I still fell a few points below what would be ideal.

I still cringe at the idea of trading time on the bike for time in the gym studying form, and developing neglected muscle groups of my body, but I know that it’s a necessary evil and will only serve to benefit me in the long term and will ultimately make me a stronger cyclist.

Worst case scenario, I’ll look fantastic in my collection of tank tops, and Zubas which have been sitting in my basement gathering dust; 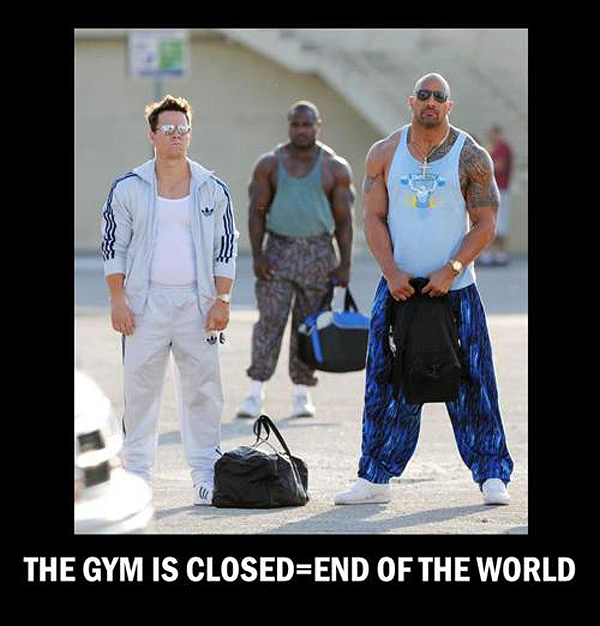 Now that I have uncloseted that particular skeleton, let’s get on with today’s business.

The most important bit of which is that a box of the Raleigh/Hodala/AHTBM arm warmers which I mentioned on Wednesday arrived at my house and are more stunning than I could have imagined; 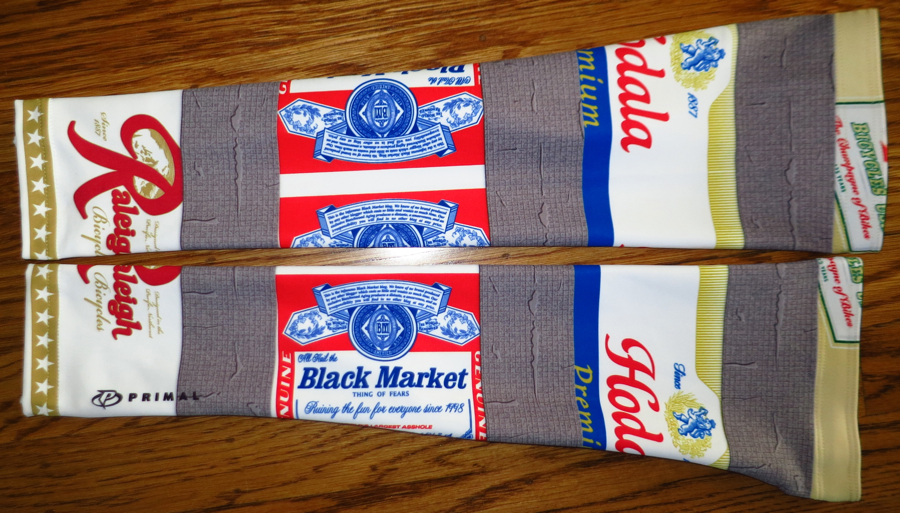 If you would like to snag yourself a pair, and I recommend that you do, all you gotta do is go here. 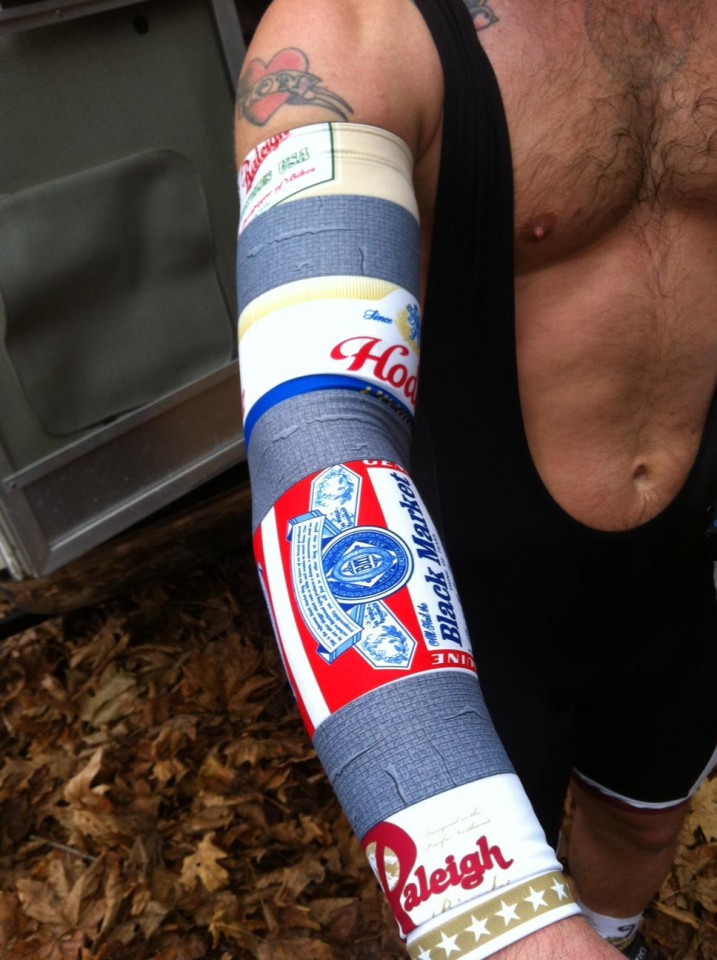 These are guaranteed to take far less of a toll on your liver than their inspiration does.

While we’re on the topic of drunks on two wheels, Crandall from FBM Bikes came through with a kind request and some visual stimulation;

Here are 2 Videos, part 1 and 2 from our trip to Texas Toast, as well as a Least Most Photo Gallery of some of the riding, and a story,

If you could Pass some of this along, and share it, that would be very nice!

If there was ever a group who so brilliantly personified Hessian Obsession;

-It would be the FBM crew.

In news of bike people doing nice things for their community while at the same time enjoying some actual bikecycle riding, the do-good-nics from The Supermarket Sweep are up to their ways again this year with the seventh annual food drive/alleycat race; 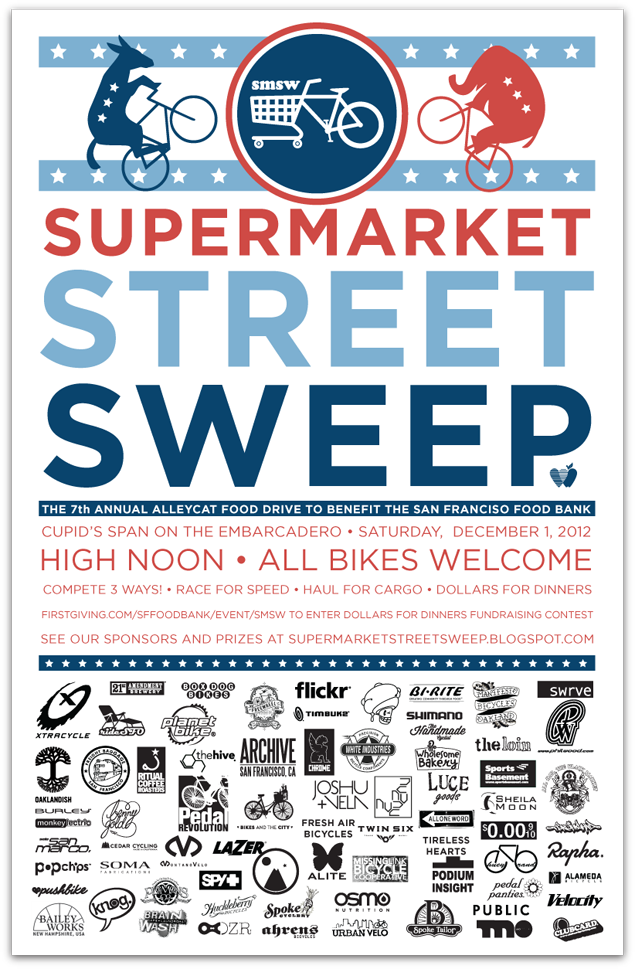 For the third year (I think) I have scraped whatever kinds of goodies I could amass and sent them on in an effort to support the cause. If you enjoy riding bikecycles, doing good things for those in need, and being buried under cool prizes, save the date.

Lastly, I want to say thank you to any and all who have bought the AHTBM ‘Fucked Up’ shirts and in doing so helped out ace homie Chuey.

To date, we’ve contributed over $700.00 to his general fund. With lots more time left before the doors close on that page, and our benefit race gaining industry support faster than I can add their logos to the flyer; 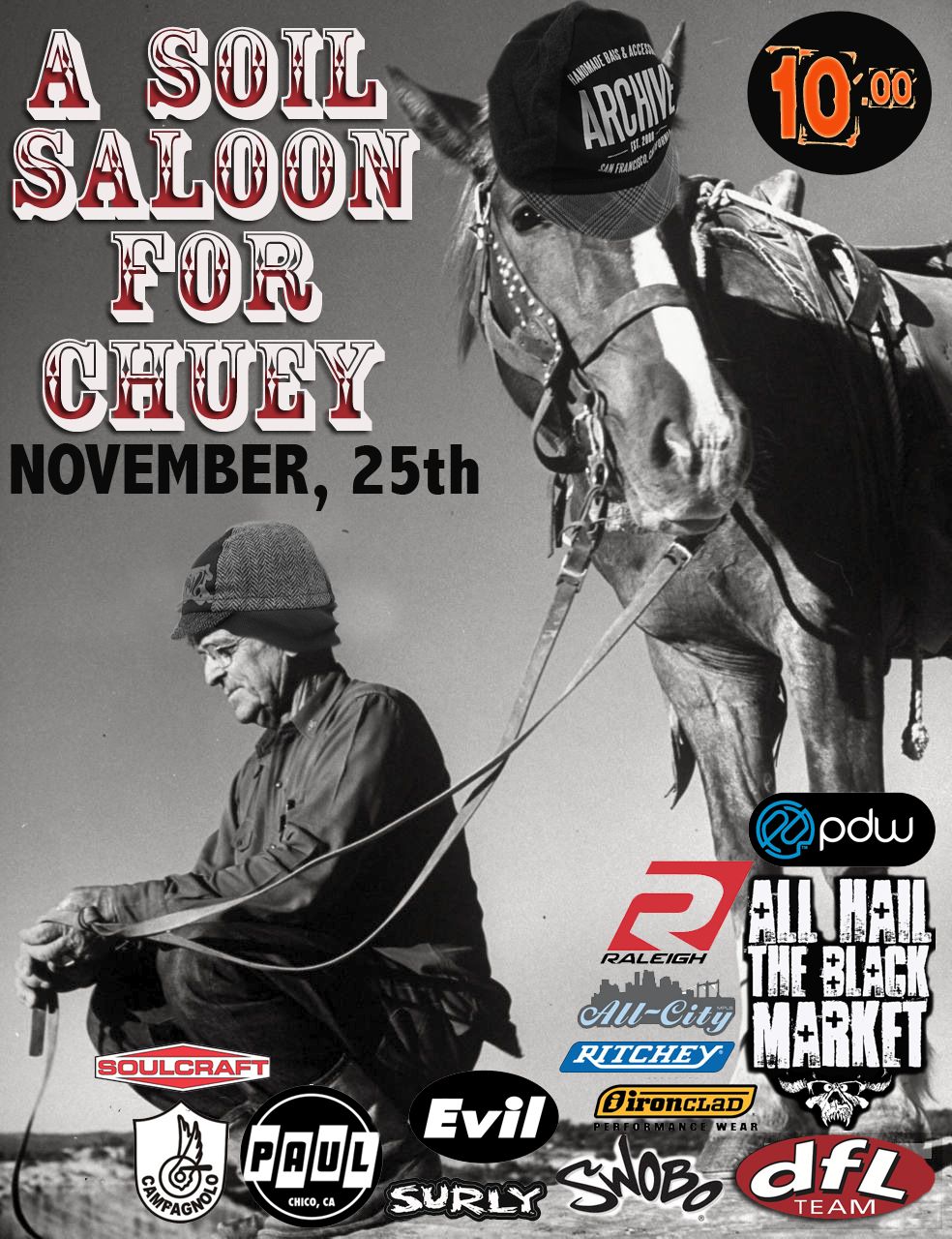 -ensuring that Chuey is once again a free and happy man is most definatly a change I can get behind.