From time to time when embarking on the adventure of penning new posts, I might have a theme in mind, or possibly just simply something I need to get off of my chest. Some days I have nothing but a disconnected array of fodder to regurgitate into the electronic void that is the internet, the mental image of which makes me think of the following ‘Dr. Who’ opening sequence;

Today happens to be one of those days.

So let’s jump into the abyss.

As a young person growing up in the wilds of Colorado, I long dreamt of a time when I could find myself at the Del Mar skatepark. From studying videos and pouring over magazines, I knew every nook and cranny of the park.

It wasn’t until I came across the following video this past weekend that I learned it actually had a personality as well;

To watch how genuinely affected people were by the place is truly a moving thing.

Now, broaching the topic of bikecycles, Sarai of Girl Bike Love made contact regarding the spreading of a very important message indeed;

I thought it only fitting to provide you with advanced warning of the impending revolution.

In preparation for our 2013 CycloFemme – Global Women’s Cycling Day, a pledge was created to “inspire one more woman to ride a bike”.

I have seen the mark of CycloFemme that you bear, hidden deep beneath your baggy jumpsuit, woolen base layers and pelt of fur. I know you to be a Manbassdor of Girl Bike Love.

However, I can not speak for my sisters, who might believe otherwise. Prepare yourself. I may be powerless to protect you when #womensworldbicycledomination sees its day. A day when women rise up and take to the bike; pedaling faster, stronger, more confidently; joining group rides and conquering stage races; wielding spoke wrenches and chain whips; chanting words of empowerment, camaraderie, and invitations to join the tribe.

Keep this message close, most only know of our mild ambition to create a stronger cycling community through women – mothers, teachers, mentors – the greatest influencers of all time.

Head the warning. Show your mark. Sign the pledge“.

Oh, you know I did my part; 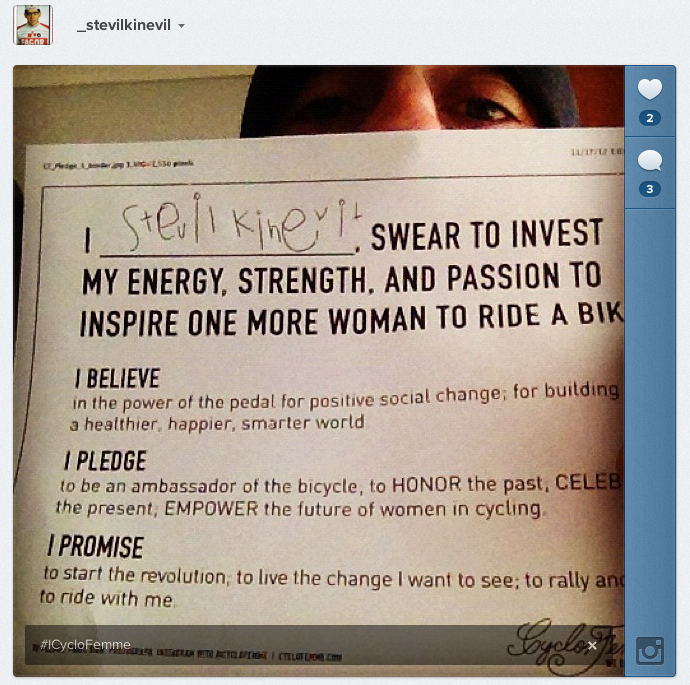 I writed my name all by myself. You clearly can see the patch and the top of the can. What you probably can’t see is the cüzie that’s holding both items.

Depending on how many of these get lost forever immediately after they’re set down, the next run might have to be blaze orange.

Finally, you might recall on Wednesday I briefly mentioned that my friend Aden and I had a date night scheduled for Saturday to take on a loud musical performance. Because last time I caught a show at this particular venue and made no utterance of it after the fact, I received a slight admonishing from a couple individuals. To avoid such a hand slap again, I’ll offer one of the first live musical performance reviews ever to be presented on this site;

First of all, for years the venue in question sat shuttered, its entry way covered with chain link fencing, providing a home for pigeons and an occasional transient. In recent years, somewhere along the way money was secured to restore both its exterior as well as it’s interior to its original beauty; Seeing these bands in such an environment was a bit of dichotomy, as throngs of soggy gutter punks came trudging in from a rainy night, counter balancing the theater’s grand opulence.

Upon our arrival, YOB had taken the stage. In their thirty-five minute set, I believe they played three songs. Ear splitting soundscapes reminiscent of abstract fusion jazz in that like its distant cousin, the songs meander seemingly without direction, when suddenly, they are pulled back together with razor sharp precision; 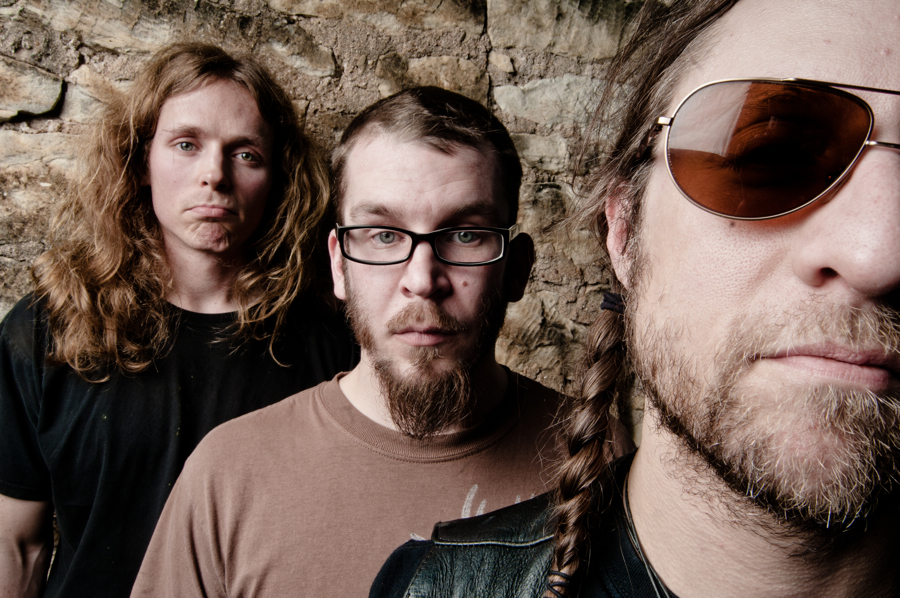 Voivod was the meat in the sandwich and is a band I last saw at a crappy heavy metal club in Oakland called The Omni in 1991 or 1992. My favorite thing about this band is that they have for their life span committed to the aesthetic of a fourteen year old boy’s Trapper Keeper; Finally Neurosis took the stage and somewhere, somehow I’m reasonably sure they made a baby cry;

The band’s drummer and I used to pal around a bit years ago when we worked at a bike shop together, and he once told me a story which I occasionally like to share with people.

One afternoon while walking down Telegraph Avenue (Telegraph is sort of Berkeley’s version of Haight Street), a gutter punk adorned with all manner of home-died clothing and hand screen printed patches sewn on with dental floss (a number of which were for Jason’s band) asked him if he could spare any change. Finding himself at the end of his rope, Jason shot back at the offender with a couple choice words concluding with the observation that he was physically capable to ‘get a fucking job’.

Infuriated, the kid unleashed a torrent of obscenities in response, during which time he called him a ‘fucking yuppie’. Jason responded by telling the kid that he was “so not gonna be on the guest list that night“, which left him sitting alone in a cloud of confusion.

Anyway, I hadn’t seen them in a long time either and they were just as pissed off and inspired as they ever were. 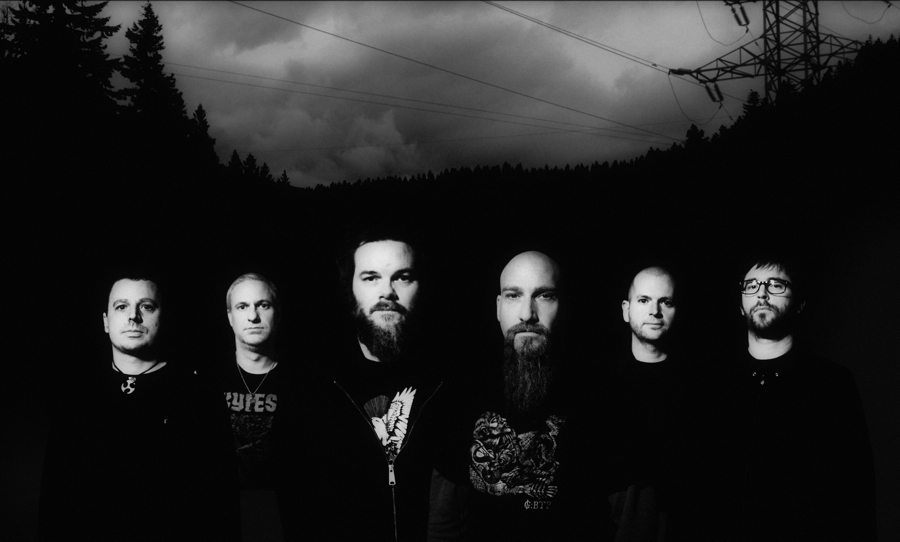 And on an unrelated note- Knowing that the audience was going to be almost entirely adorned in black, I almost wore some rainbow suspenders, but instead wore blue pants just to buck the trend.

And that my friends, is how a show review (as well as the post in general) is written with two hours of sleep.

You got a pinch of mish, a dash of mash and a whole lot of hazy head.