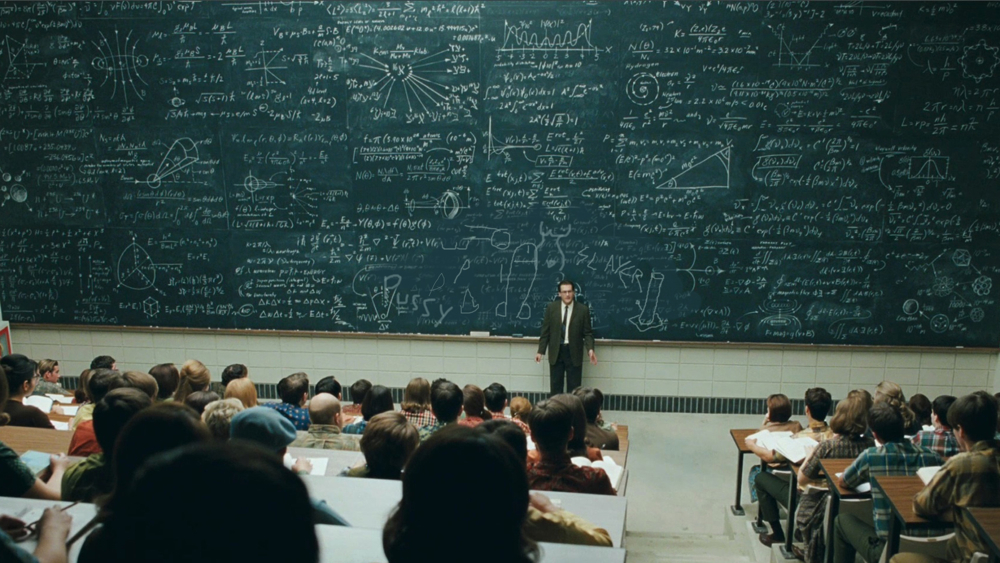 Some of my finest photoshop work to date.

You know, just after publishing Wednesday’s Heartbreaking Work of Staggering Genius, I donned a stretchy suit, and tap shoes, jumped aboard my speedcycle, as I’m apt to occasionally do, and I took off for some far away places with only an eleven o’clock appointment as my guide. As I pedaled, I reflected on broventures, and artisan cocktails, and brotherhood and finally landed on $118.00 pants. As that topic flitted through my skull like dancing Monarchs, I reflected on how comfy they are, and how much I appreciated Betabrand’s extraordinarily generous gesture of setting me up with my own pair, which I plan to wear until they’re threadbare, and I finally settled on one lasting thought;

I reflected on a meeting I had back in my Swobo days at which I was asked what I would consider spending on one of the first generation Cottonwood jackets. “Oh, wow. This is a really nice jacket” I began. “I would probably pay like, $80.00 for this.” I said with a tinge of smugness, sure that I had gotten the right answer. Laughing, the person with whom I was having the discussion told me very matter of factly that the jacket actually cost more than that to make, and out the door was to sell for a staggering $280.00.

“Well, I guess neither me or most anyone I know is the market you’re trying to target with this.” I finished with saying. And I was right. But, in defense of both items, they were/are made right here in the Bay Area, and I see a huge amount of value in that. Until I have that kind of money to throw around, I’ll just continue to shill/sing for my supper, hope companies like Betabrand see some value in keeping me from being pantless, and periodically make return visits into the thrift store on the chance that they don’t.

One thing I can afford from time to time, is purchasing new doodads and wizbangs for the All Hail The Black Market market, simply in hopes that other folks will like them, and then purchase one, so that I can then put the money into my checking account and either buy groceries, pay bills, or invest in a $3,500.00 mantrip.

The latest item to land on my shores are the newest, and most water bottle-ie water bottles to date; 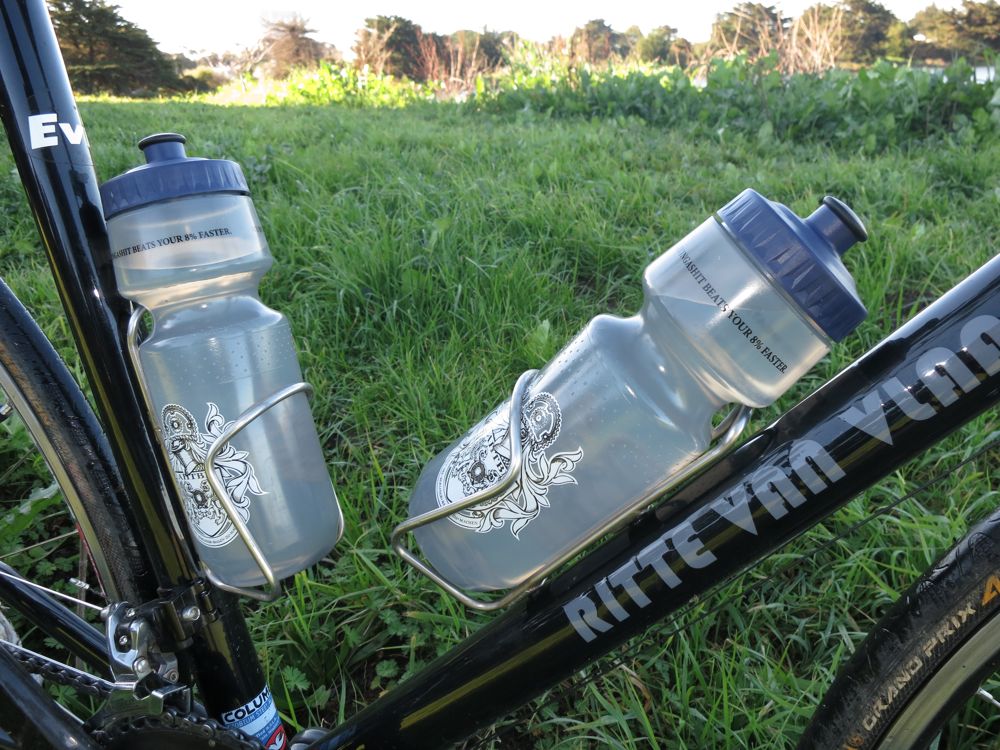 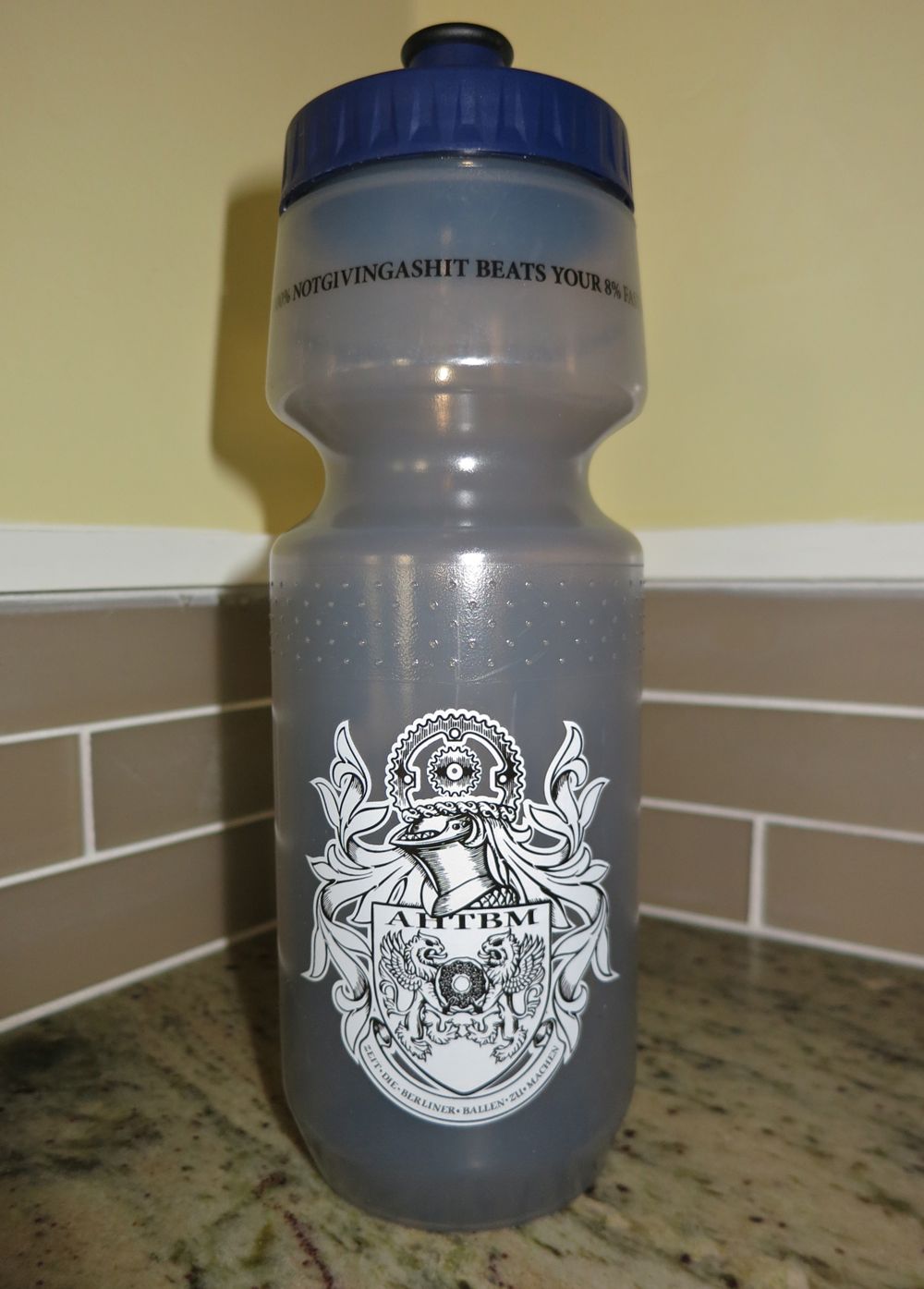 If I do say so, that is one damn fine looking bottle, and it promises not to give you cooties, or make your water taste funny.

That is unless you happen to be staying in this hotel.

I don’t even think the awesomeness of my new bottles could solve that issue.

Now, for your consideration I have a two pleas from a couple good hearted derelicts, the first being those within the ranks of the Scum City team. It seems as though sponsorship has dried up for them, and as a result, they have launched an indigogo fund raiser page to assist them in keeping the good times rolling.

When I was initially notified of this, I took pause, primarily due to the fact that I didn’t see how it should be up to anyone else to assist them in their pursuit of recreating. A fair number of us are ourselves struggling to finance our own race seasons, let alone those of other individuals. After a number of emails between David and Will, I came to understand that their team is as grass root as they come, and aside from racing, they all are very much involved in community efforts, and spreading good will wherever they go.

As David noted- “I want to have one, ONE team around here who actually does something for the city. We’ve been volunteering at bike fixing events, and Q&A sessions about racing to actually get people out there.

Maybe I’m reaching too high, maybe I’m not. But there’s gotta be a way to do the “racing” thing and still be good people.”

Plus, they have faces that I’m not even sure their own mothers could love; 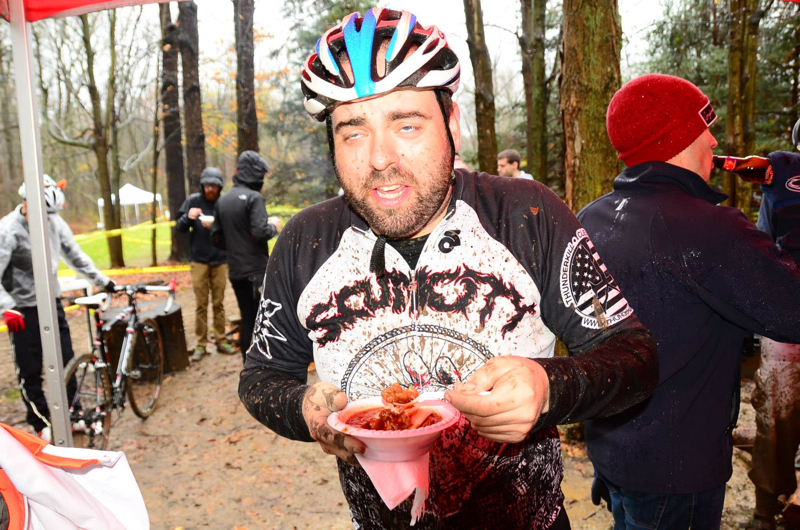 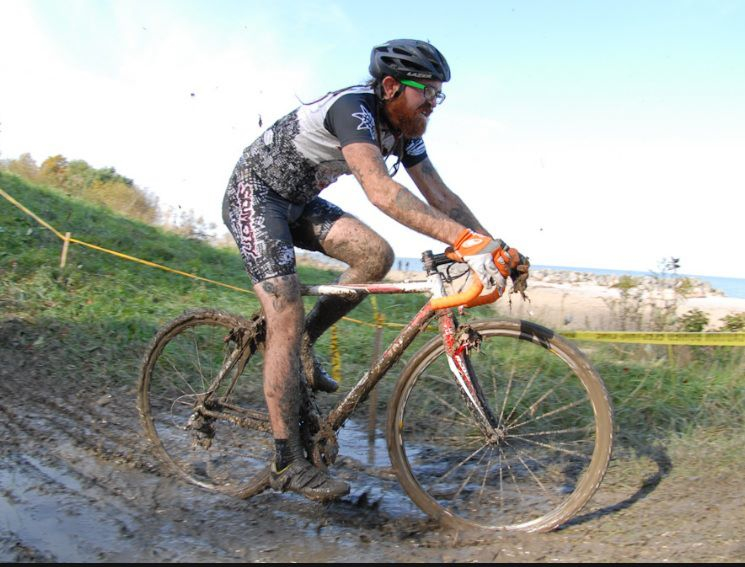 With this information, my perspective changed and inspired me to go ahead and post their directive.

If you would like to help support their cause, please do. They are good folks and want nothing more than to charge hard next season and be a hairy legged, and Bad News Bears-esque force for good.

The other request I received was from Maximo Supremo residents, The Banjo Brothers;

I know- we’re like the punk kid who only calls Mom when he needs money. But still.

In the next few days we’ll be “whore-ing” it up at Frost-Bike, trying to expand the global empire that is Banjo Brothers.

We’ve also taken to trying to help our good friend Brianna Lane get her album produced.

There may be more noble causes, but we think Banjo music does make the world a better place.

And The web store.

If nobility, and a full-boat retail purchase, is not good enough for your humble readers, they may contact me for a one-time direct for the proverbial “offer they cannot refuse

If you can’t help with the production of their new record, perhaps you can find your way to help the poor lass afford a pair of gloves.

But I digress. I agree with what both Scum City and the Brothers Banjo are attempting to do with their efforts. They have expressed their desire to try and make their communities happier places- one through racing bikes and one through music. I might even go so far as to compare them with artists who have honed particular mediums with which they are attempting to do so.

While said mediums are both noble and ones that I hope can find support, they’re clearly not a slight alteration of chalk boards filled with subtle profanities, (which we all know in the long run will ultimately make the world the best kind of place).