I would like to apologize for my unscheduled absence on Friday, but I was slammed sideways not attending the Sea Otter Bicycle Thing®. 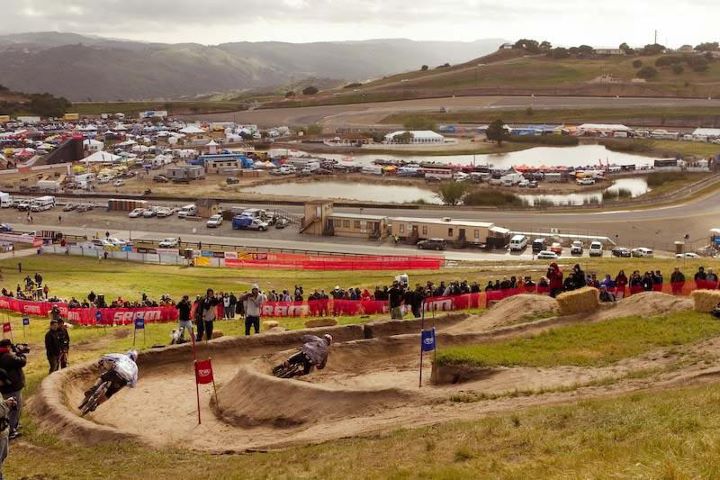 Of course I missed the lovely evening rides with people I cross paths with once or twice a year, and I’ll have to wait until today to see what all of the new road/cross disk brake bits and pieces look like, but besides that, I felt not a single ounce of regret about avoiding it.

Truth be told, I skedaddled off to visit friends in the Golden State’s capital of Sacramento and though bicycles were certainly the primary call of the weekend, the secondary objective was to work on my truck.

I know… I missed a ‘Celebration of The Bicycle’ to work on a motor vehicle. My irony is delicious.

Before I did any of those things however, I swung by the corporate headquarters of Ventana Bikecycle Machines and took some various photos of things while I waited for the staff to dot all of their Ts and cross their eyes so we could go to lunch in celebration of Teresa the office manager’s fifteenth year there.

Lots of people (in America, anyway), are occasionally surprised to find that Ventana is still in operation. While they enjoy a healthy business overseas, they still aren’t widely acknowledged as one of the contenders in the domestic market. They’re not as visible as Santa Cruz, yet are much bigger than a random tiny boutique shop. 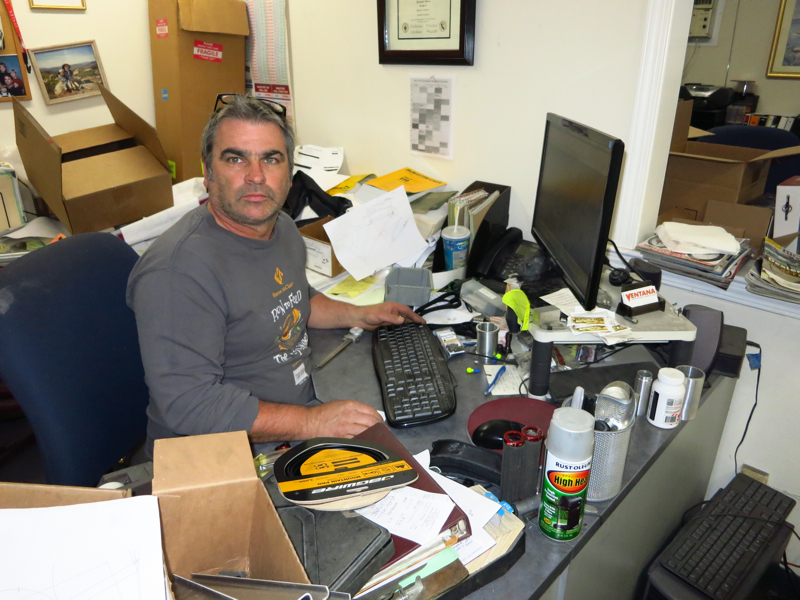 -and I discussed this point to some degree. The fact that they are either the smallest of the big companies, or the biggest of the small companies keeps them in an awkward grey area.

However, anyway you slice it, there is no other company that I know of who have a proper shrine assembled to honor the legend himself; 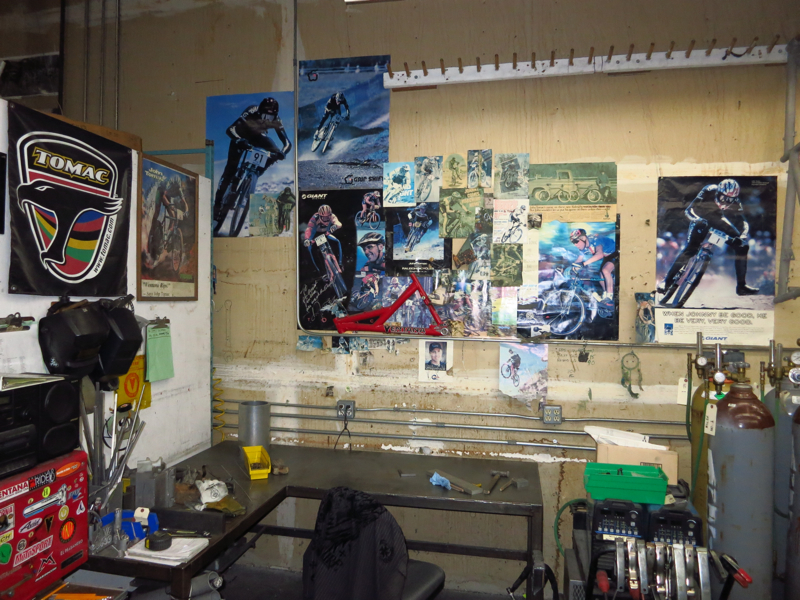 Anyway, after hanging out with the Ventanians for a spell, I went home and prepared for an evening ride with my hosts and a few other random friends on some local river trails; 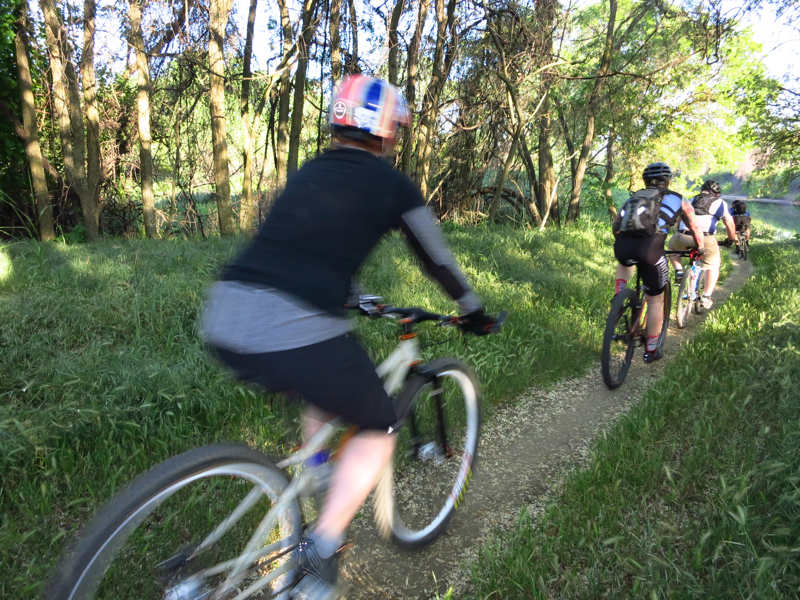 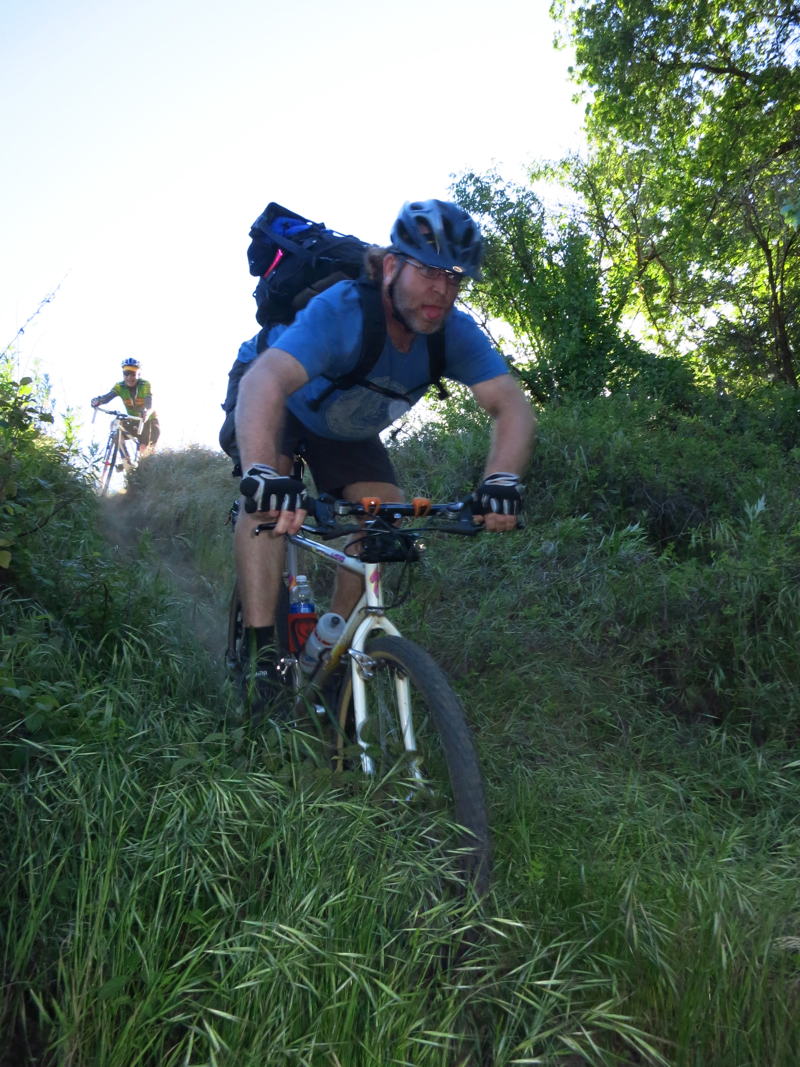 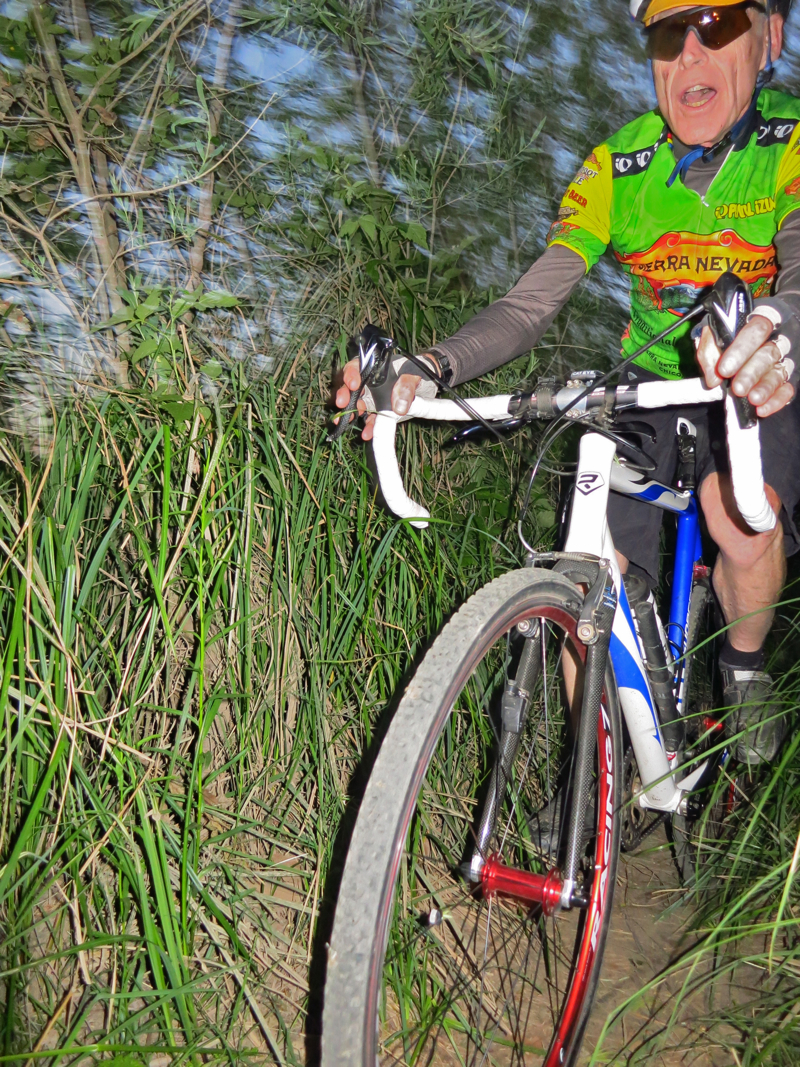 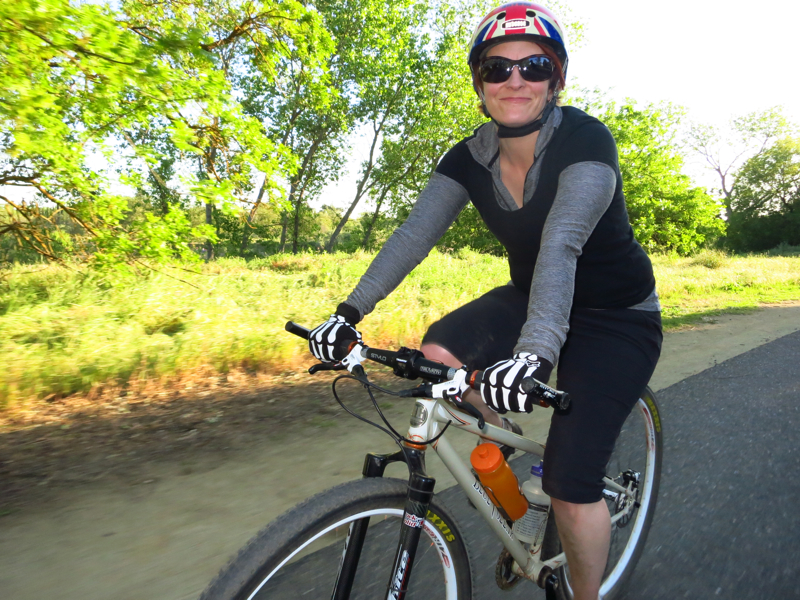 And spent some time goofing around atop piles of logs. This one pile in particular proving no match for Robert and his newly acquired SE Quadangle;

Clearly his time upon his actual trials motorcycle has served him well.

Anyway, we kept on keeping on until the sun set and I eventually found evidence that dog walkers are some of the laziest knuckleheads on the planet; 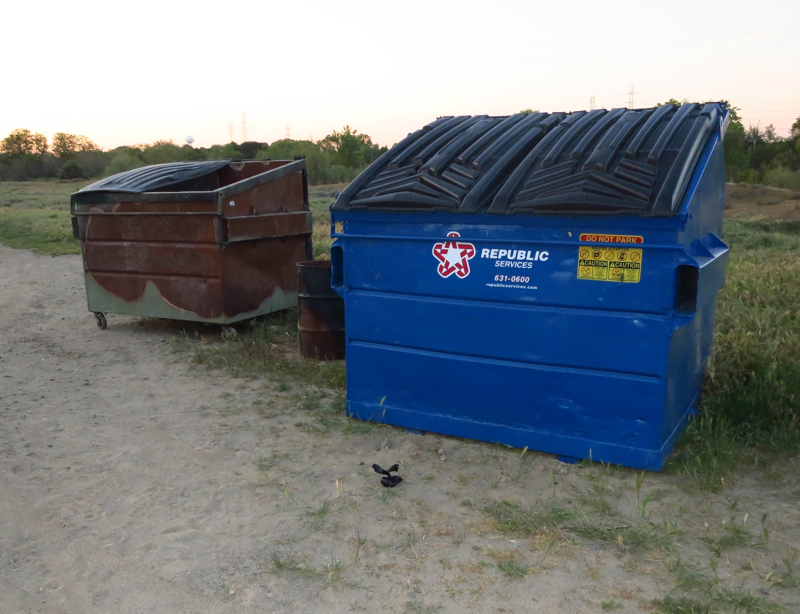 Something this guy knows a thing or two about;

Moving on… A couple of weeks ago I introduced the newest product in the All Hail The Black Market Market in the form of the Colt Seavers hat, modeled here by the lovely and talented Chlöie; 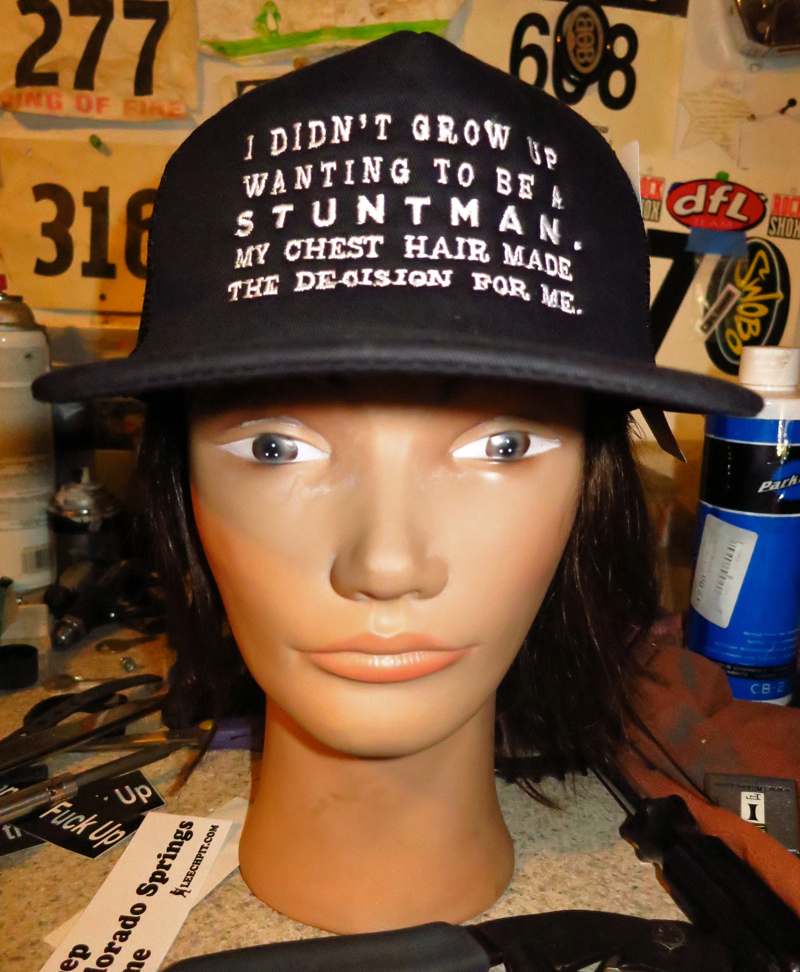 As I stated previously, the embroidered phrase was laid on me by none other than Snakehawk of Superissimo fame, and was far too good to let lie in a dormant state so I spent the last little bit of money I had to my name on getting the hats produced.

For those in the know, the hats are made by Magic Brand which is the same company who has long produced the Soulcraft Bicycles line of trucker caps, which are known far and wide as being the most comfortable hats to ever sit upon a mop.

Pick one up today and share with the world this very important declaration.

And speaking of which, a number of people have made contact with me regarding the new bow tie shaped Budwesier can;

I’m not entirely sure what the point of this is, or for that matter, why they even did it.

I’m certainly not losing any sleep over it however, and will only slightly alter the aesthetic of this coming W.S.A.T.U. day; 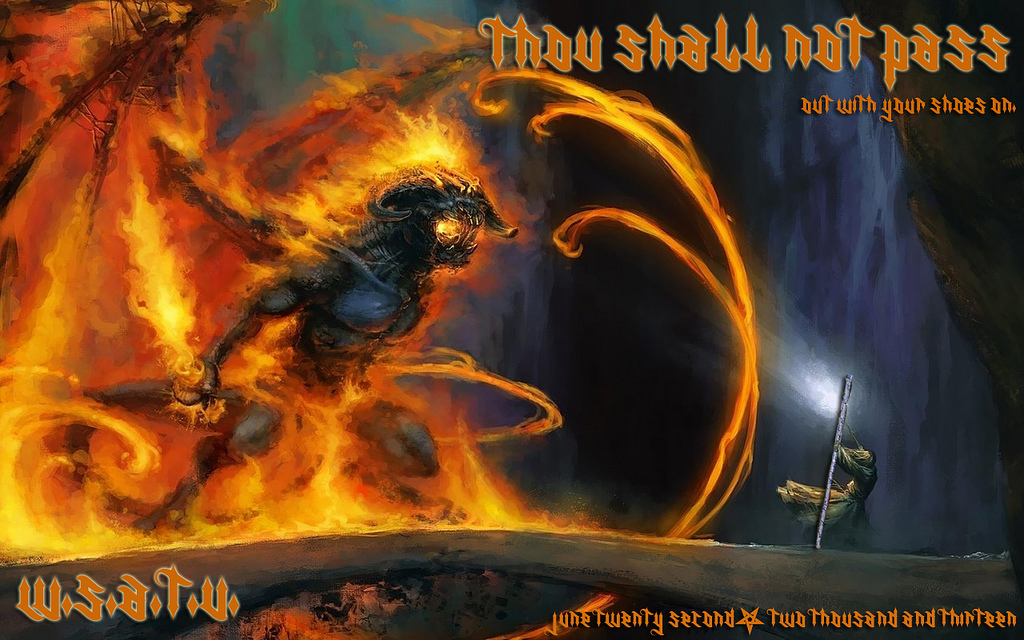 While I didn’t necessarily care about missing The Sea Otter, W.S.A.T.U. Day is clearly an event for the ages that I shant be in avoidance of.

13 Responses to “Picking up the pieces.”