Image having only a little to do with today’s title poached from here.

Man… I’ve been tired the last couple of days. Like reeeaaallll tired. And not for any reason I can think of with the exception of not sleeping very much, but there are supplements for that sort of thing aren’t there? I gotta look into that.

Anyway, early yesterday I had to tell my tiredness to shut up (legs) as I crawled hand over hand across my house to assemble my speedcycling suit for a meet and greet thirty minutes after prying my head from the pillow.

A curious side effect I’ve learned of since working for myself is that back when I had a clock punching type of job, waking up early and doing stuff was both easy and peasy. Now that I’m a 40 hour a week bathrobe wearer, waking up early still comes naturally, but exerting any effort short of lifting a cup of coffee or feeding my cat in those dark hours of the morning is nearly impossible.

Just the same, I rolled out the door to meet my old friend Jeff, and my new friend Carl. It was probably a couple of months ago when Carl (who at the time was employed by Lincoln’s own Monkey Wrench Cycles, which strangely didn’t make it into that top ten best bike shops article that was making the rounds a couple weeks ago, but then again, it is Bicycling Magazine, so you gotta take it with a grain of salt); 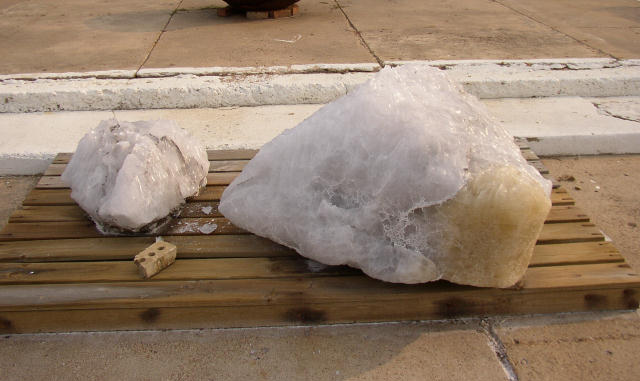 -Where was I again? Oh yeah… So Carl sent me an email a bit ago asking if I might could supply him with some names of local bike shops where he could toss resumés around to. If memory serves, I probably gave him a half assed list but he seems to have finally found a happy home at San Francisco’s Box Dog Bikes.

Anyway, with my eyes stuck half shut, I met up with my companions in the foggy, foggy hills, and making like marauding Vikings, we rode skinny tired bikes with reckless abandon; 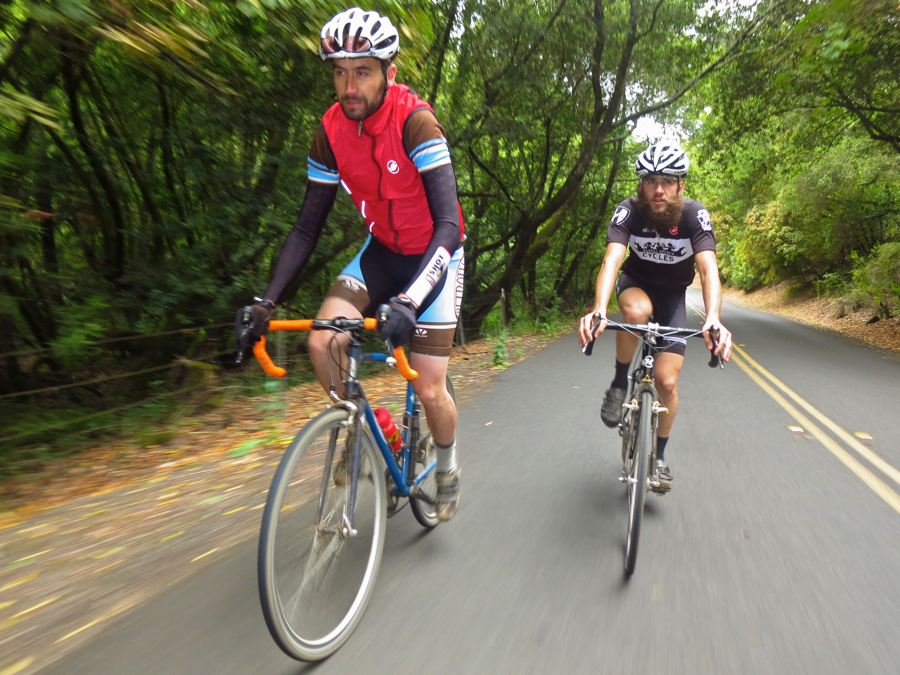 And it was lucky for Jeff and me that Carl came along too, on the chance it got too cold and we needed to curl up in his beard for warmth; Regardless of the beard’s fortitude, it sadly would still stand no match against a Scion, the makers of which now have an advertisement featuring cyclists, which is cool, but refers to them as ‘obstacles, which is not;

It’s a catchy little rhyme Scion’s penned there. I’ll try and remember it the next time I find myself being reduced to a fine red mist by one.

In happier news, Tina B forwarded me a bit of info that can be filed under ‘The Magic Of Love’; As I noted elsewhere, the couple then lived happily ever after.

Moving on, Mark Adam from KindHuman got in touch with a clip that left me scratching my head so vigerously I now have a bald spot;

“I’m sending you this because you have a greater pool of life experiences and might be able to make sense of what exactly the fuck is happening here.

My Little Pony Convention? That happens? That’s a thing? If that can happen, surely we can make world peace, put an end to poverty and have safer routes for kids to ride their bikes to school.

Upon a quick search of the Googles, I’ve found that this is in fact a thing.

If you listen closely to the wind, you might be able to hear the sound of my mind blowing.

It’s entirely possible however that any of the My Little Pony Con attendees might currently be having a similar conversation regarding our directive.

“A bicycle trade show? What kind of insane garbage is that?” they might be asking.

And to some degree, they’d be right.

But certainly any of those fillies and gentlecolts would be more than welcome to bring their baggy pants, upside down visors and fuzzy dragon costumes to our imminent gathering of the ridiculous; 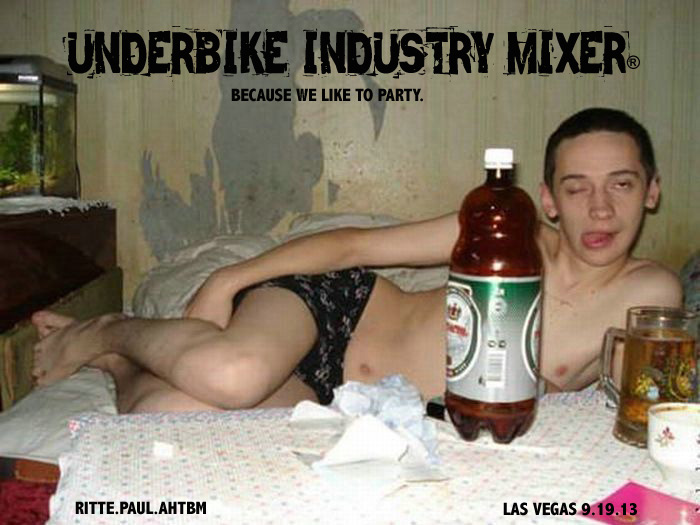 It is with that, that I blow my big computer nose and skip slightly back to bed.