If you’re also like me, you’re somewhat grossed out by the idea of clowns touching your food.

Thirdly, if you’re even extra like me, you wouldn’t think twice about tearing the ass out of some breast milk ice cream while wearing a chest hair jacket.

I mean, I practically do that every day anyhow, except for the breast milk part.

And finally, we’re probably the same person if you are so much like me, you whole heartedly support worker’s right to strike if they feel as though they’re not getting a fair shake.

Why, right now in the Bay Area, Bay Area Rapid Transit (BART) workers are on a strike that already in it’s first two days has brought the region to its knees; 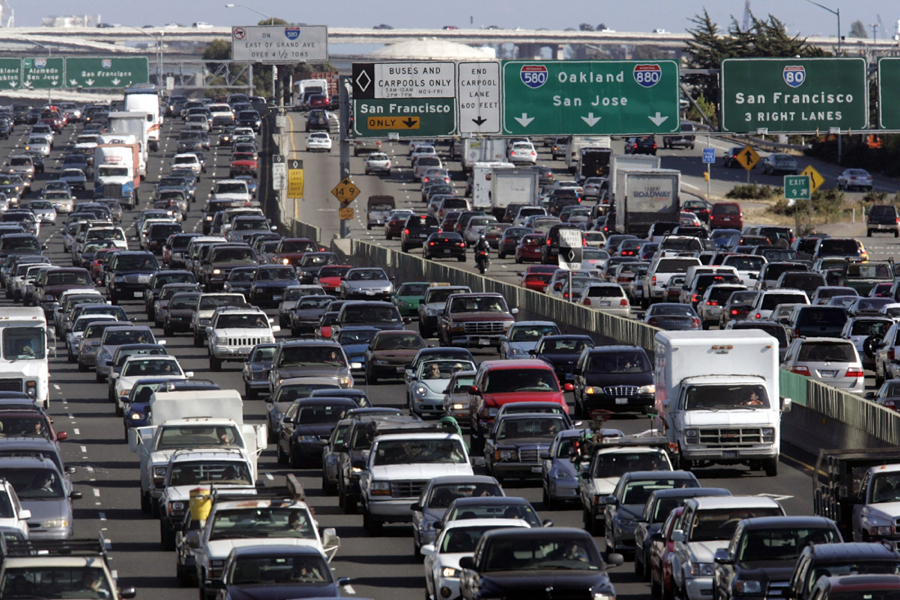 Ok, maybe not to its knees, but it’s made for a super crappy commute for everyone, because there is now about 500,000 more cars on the road. Like I said, while I am fully in support of worker’s right to strike, the collateral damage that this system’s striking will bring is bad for the health of the Bay Area. Secondly, management gets a gas face for letting it get to this point at all.

For those not fortunate enough (I say that with a tinge of irony) to have access to a motor vehicle, you have to get crafty. I remember during BART’s last strike in 1997, I had a meeting in the San Francisco offices of Swobo V.1, and I found myself on the freeway on ramp hitching a ride. Needless to say, no one picked me up, and the meeting was postponed until a later date. That however was a mild inconvenience to the scores of people who lost their jobs because they were unable to get to them.

Yeah, that actually happened, and in that case, it was so BART drivers, who already were the highest paid train operations in the country, could make more money.

Second to all of this, and though I have no official record, my guess is that BART is hands down the most disgusting and disease ridden service in the country.

“Fecal and skin-borne bacteria resistant to antibiotics were found in a seat on a train headed from Daly City to Dublin/Pleasanton. Further testing on the skin-borne bacteria showed characteristics of methicillin-resistant staphylococcus aureus, or MRSA, the drug-resistant bacterium that causes potentially lethal infections.”

Good times for sure. Plus, on top of stopping operation at 12:30 on weeknights, it doesn’t even go to the Oakland airport, and only in recent years made it to SFO. 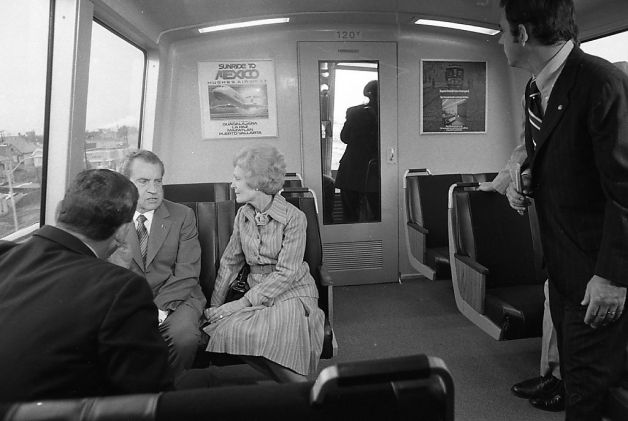 This image of Dick enjoying the disease express in 1972 was shot right around the last time you could ride the train without getting an entire alphabet of hepatitis.

So they say strike, and though I know it’s totally unrealistic, I say flick the whole thing like a big, dumb booger and try it again.

With all of this said, I made the long and perilous journey to America’s snobbiest city yesterday for an appointment with my physical therapist as well as to have lunch with my old chum, and maker of art that’s deep in the realm of not sucking, Mr. Jason Jagel; 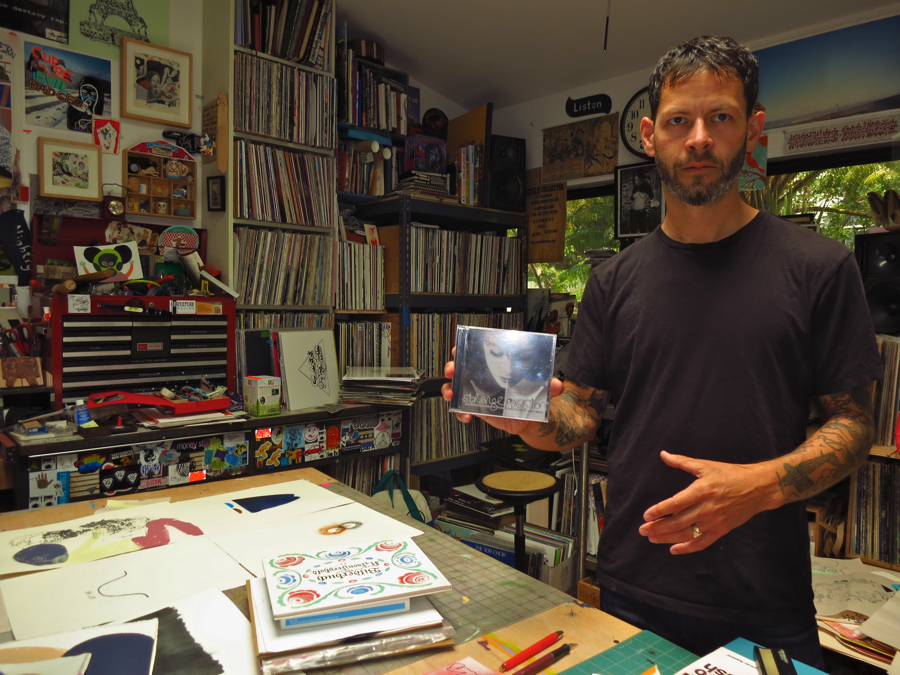 Jason is one I’ve long counted as a friend, and I feel extra fortunate for this, due to the fact that he also happens to have always been one of my favorite art makers; 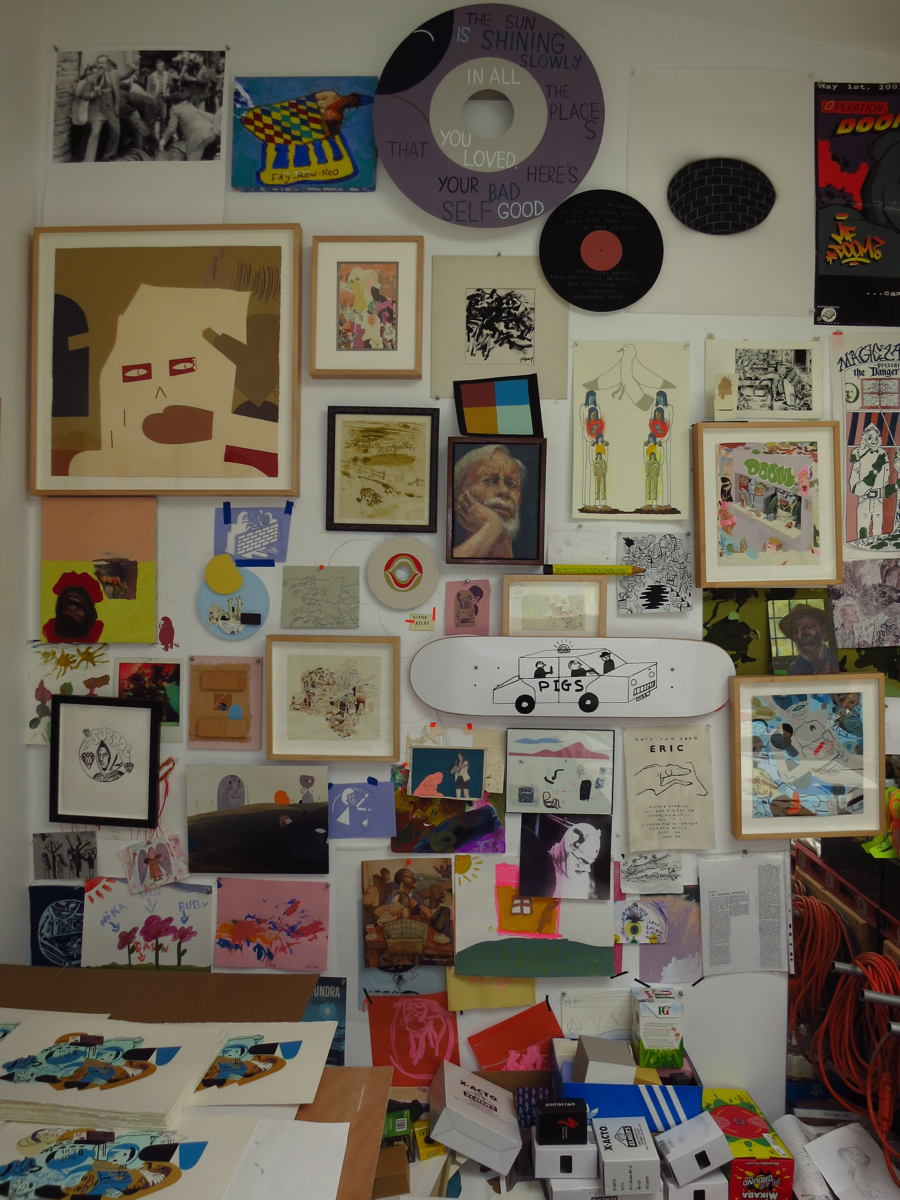 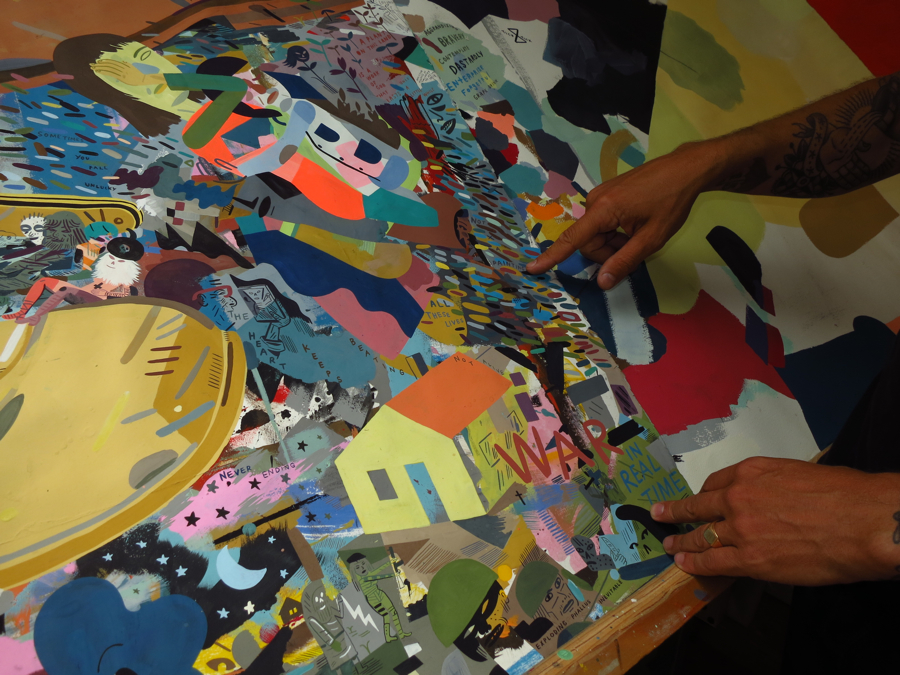 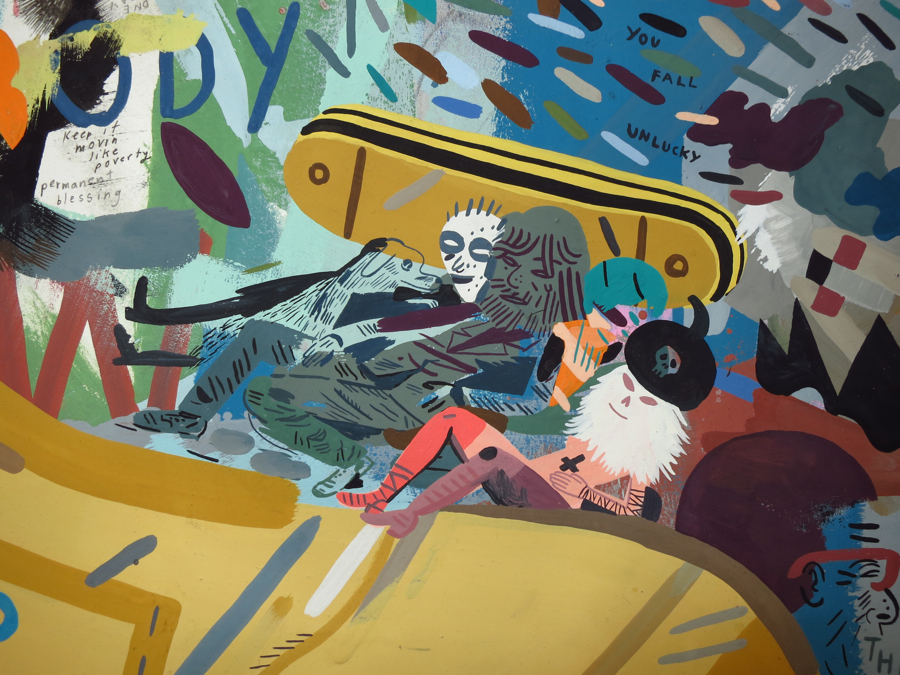 But after a brief interlude with Jagel, I had to beat feet to get home and tend to my inbox, which had recently grown to an unruly length, so out the sheers came and together we can enjoy sweeping up the clippings.

First up from B squared of SRAM, I got this;

“And it’s not even Photoshopped.

A coworker just saw this in Taiwan last week and shared it with me. Sooooo……I decided to share it with you. 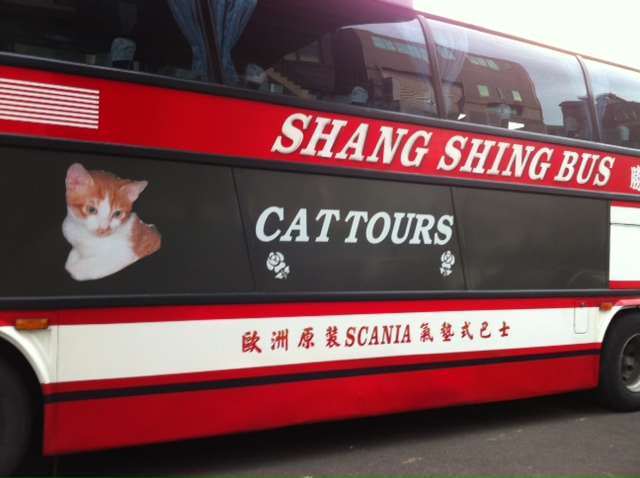 Then, regarding Maximo Supremo residents and purveyors of fine woolen woolenness, Cedar Cycling there is this bit of info;

“Cedar Cycling have a teaser site showing off their new Standard Women’s Jersey. They turned to local women riders, racers and designers in the Bay Area to develop it – including former pro cyclocross racer turned apparel designer Barb Howe; The Standard Women’s Jersey is made in California, with a pre-order launching soon.”

I know those woods where that particular photo set was shot very well. As a matter of fact, one morning about fifteen or sixteen years ago, not far from there I found a huge empty mayonnaise jar right next to a pair of gigantic women’s underpants.

Anyway, they make damn fine jerseys, of which I’m most fond of my own. Lady eyeballs reading these words should keep tuned to that site in the coming days or so for an opportunity to get on the program.

And speaking of Maximo Supremo- I have two more correspondences from residents therein that I would like to share with you now.

The first coming in response from Joe at Soulrun after I sent him an email asking them if they could fix the zipper on my beloved camera bag, for which I would assuredly pay with promises and good feelings. Like the kind gent he is, he replied like such;

“Hey Stevil – If you can’t get the zipper fixed just let me know. For what it’s worth I have been using that Timbuk2 bag for … 6 or 7 years with all kinds of cameras, the one I use now is about the same size as your new picture taker and it fits.

Can you hook a brother up? We have a ton of new Soulrun gear in the shop. Would you mind mentioning it on your facespace/tweeters/etc? 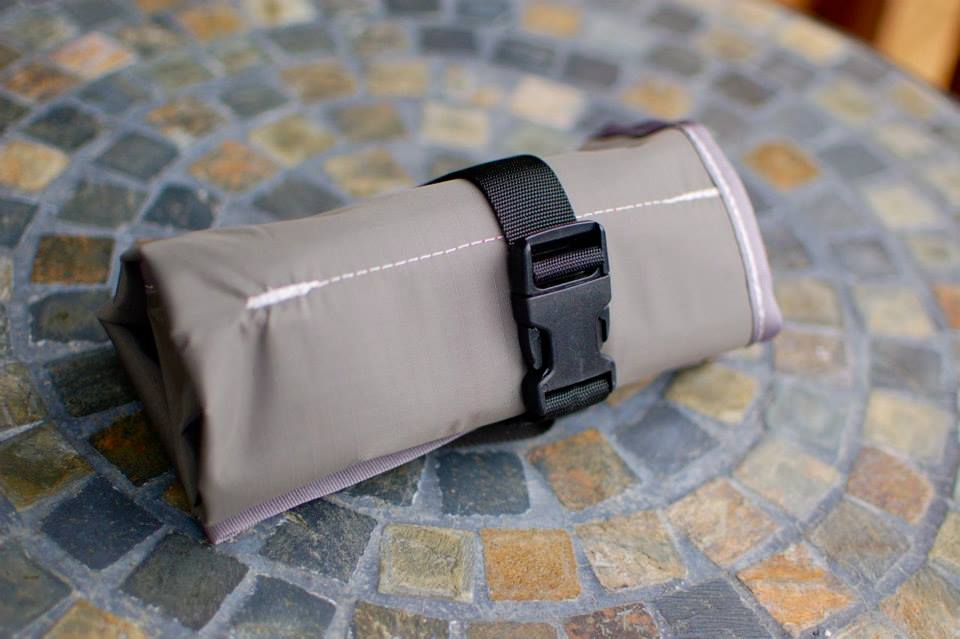 I absolutely would not mind doing that because 1), that’s why they pay me the big bucks, 2) because I love my Soulrun tool roll, and feel compelled to spread the good word, and 3) because Joe and Laura are just so goddamned sweet.

If they knew what sort of person I really am, they’d want nothing to do with me. And I took Joe’s recommendation and visited Timbuk2’s San Francisco store, picking one of those bags he mentioned, up. So far so good, but time will tell.

Lastly, from DPow! of Maximo Supremo residents Portland Design Works, I got this;

“Somehow, when I saw this I immediately thought of you.” 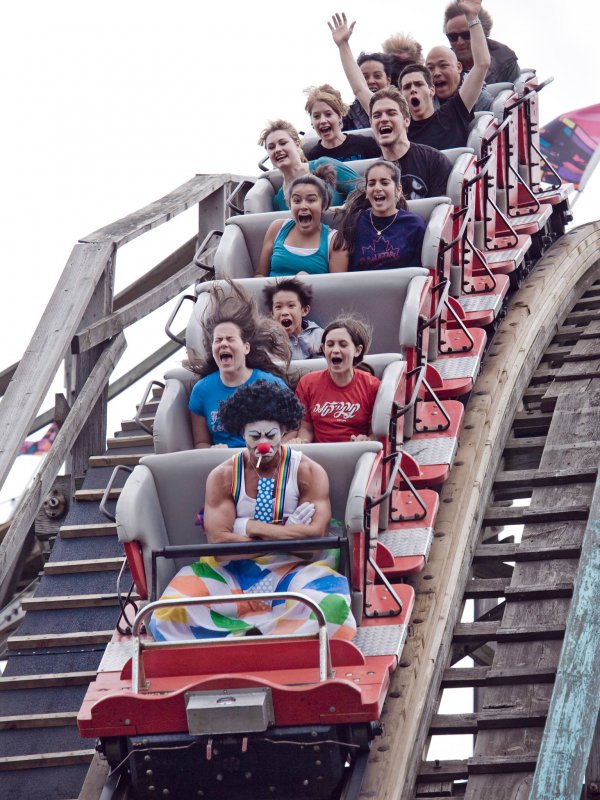 Besides the fact that he’s way more jacked than me, it’s ‘Doppleganger Wednesday’ if there ever was one.

Despite my aversion to clowns, I would gladly hang out with that guy any chance I could get.

I still wouldn’t let him touch my food though.