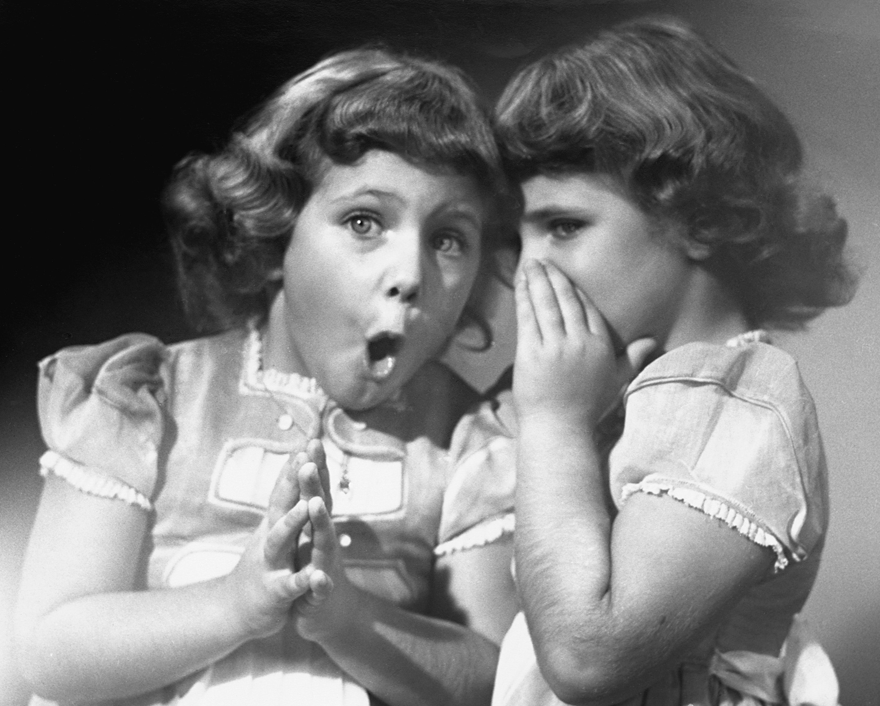 Yes indeed, during my recent sojourn to Colorado (part one, two, three, and four for those of you who’ve just recently been released from jail) I received a text message from my friend Ninja notifying me that he would soon be throwing a surprise 40th party for his wife, who is one of my oldest friends just two weeks later.

Flustered by the fact that I am broke, and will only just have returned from Colorado, I did what any normal human being would do in that same position and maxed all of my credit cards out buying plane tickets for my life partner and myself.

This friend that I mention is a person I’ve known for twenty five years. When we met she was 15 and I was 18 and we looked something like this; 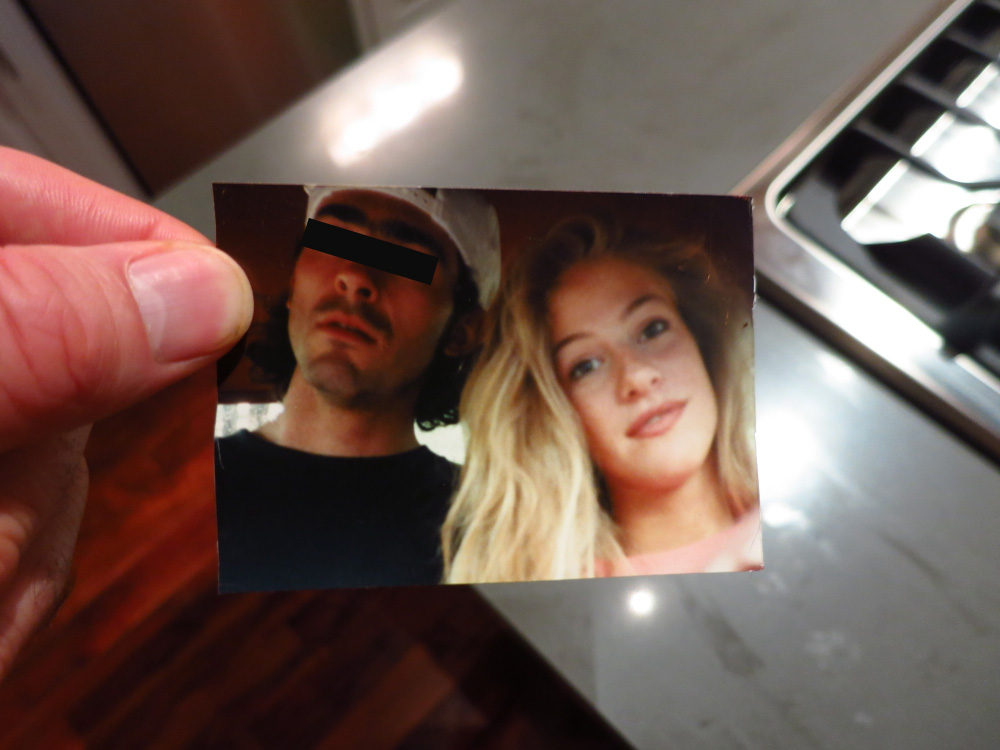 In the time that we’ve been friends, we’ve shared a number of adventures, but in all of those years, we’ve never had an interruption in our relationship, and as such she is on a very short list of people I would make such an effort for.

So Demonika and I made our way back to the Mile High State and started our time there with a stay downtown followed by some goofing off in my hometown with Pentabike Dave, Pentabike Tiffany and a bunch of trouble making kids; 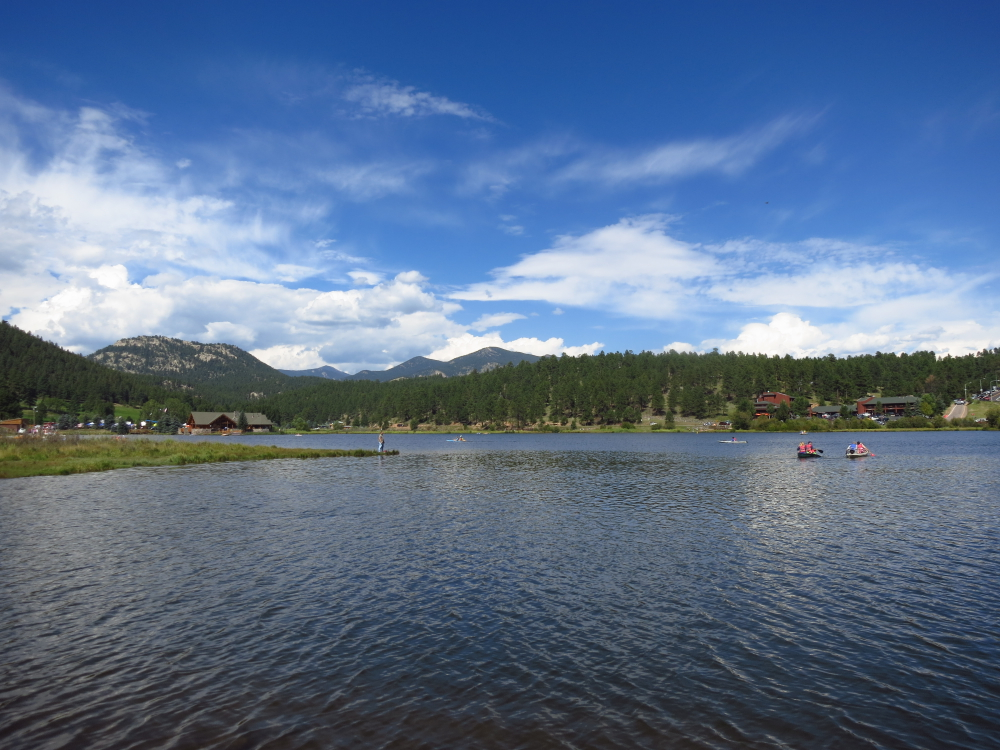 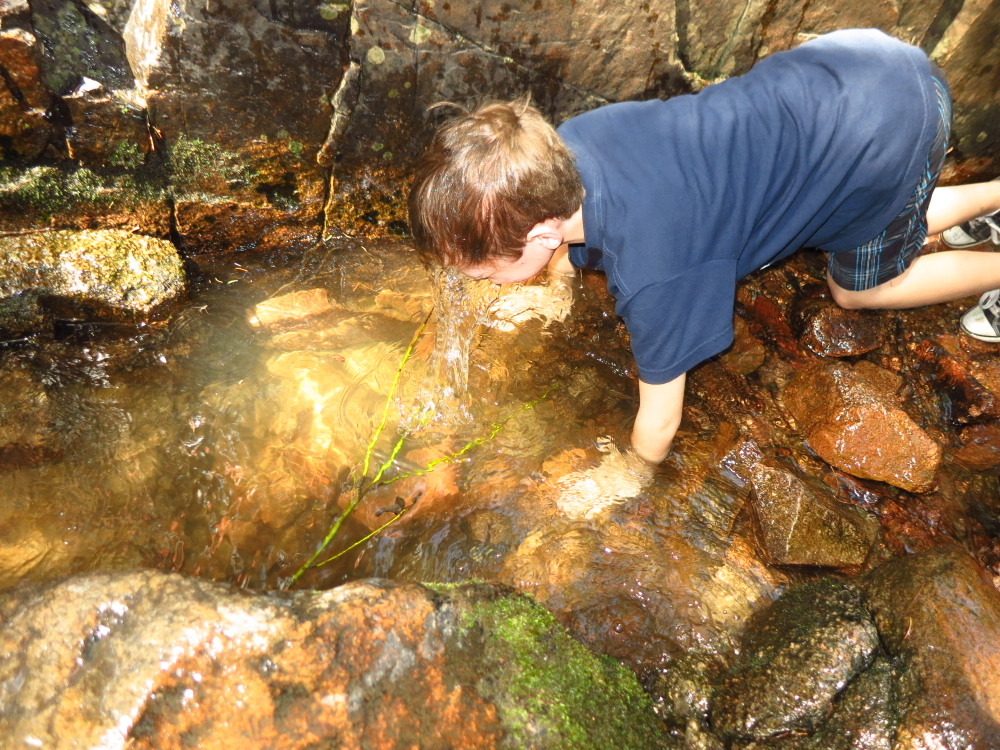 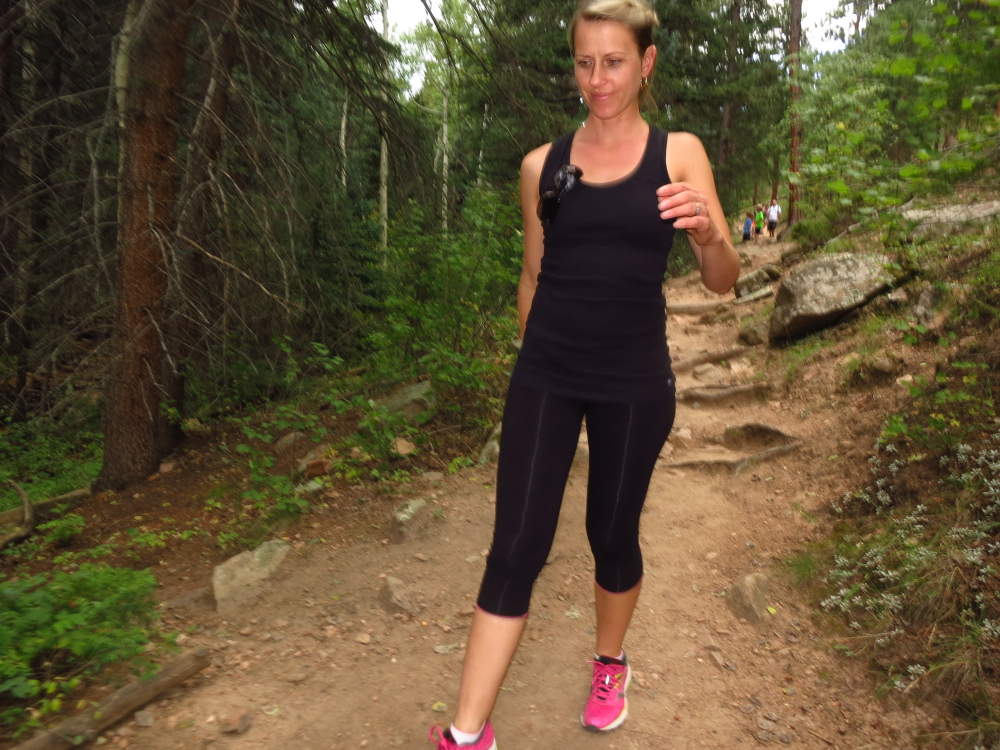 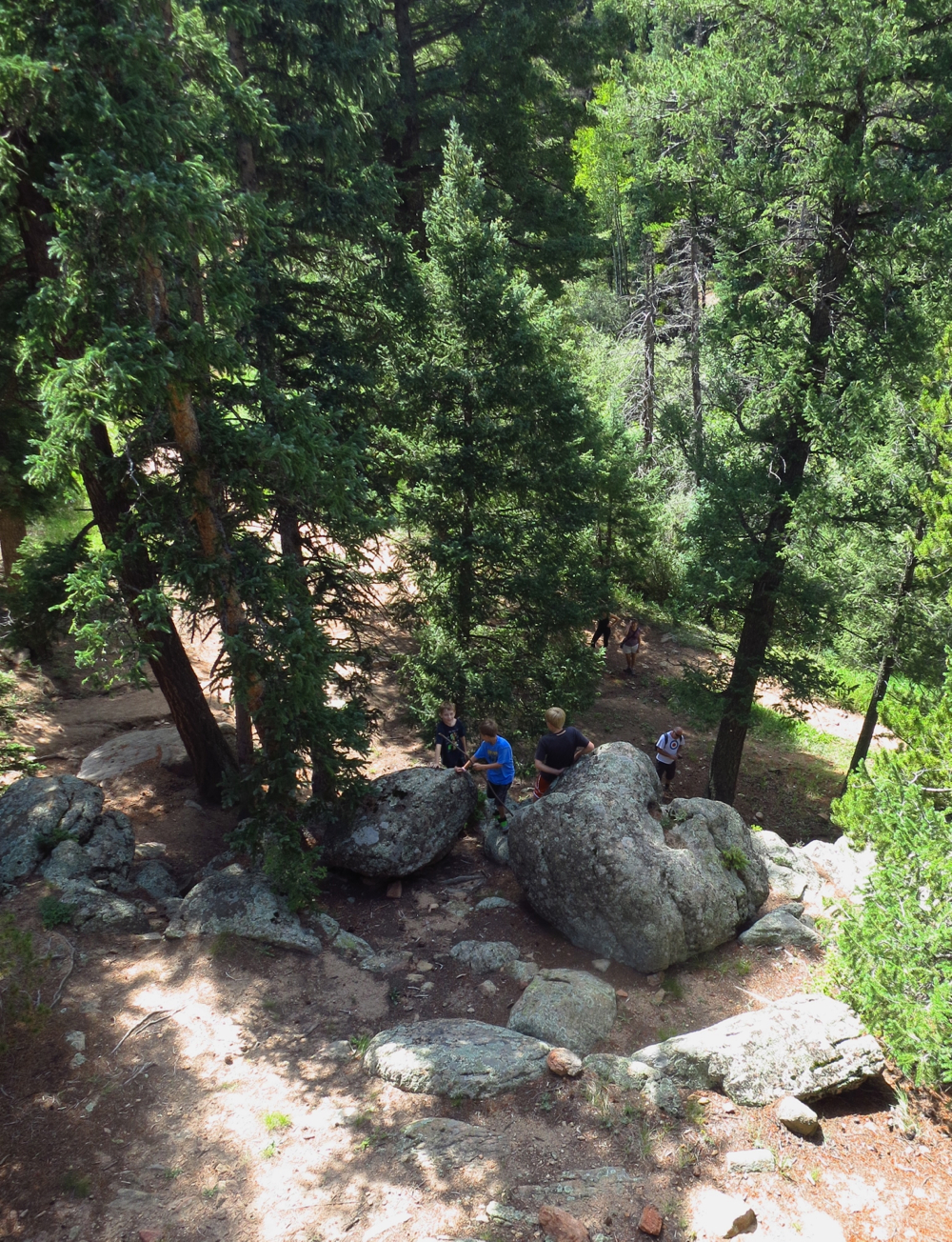 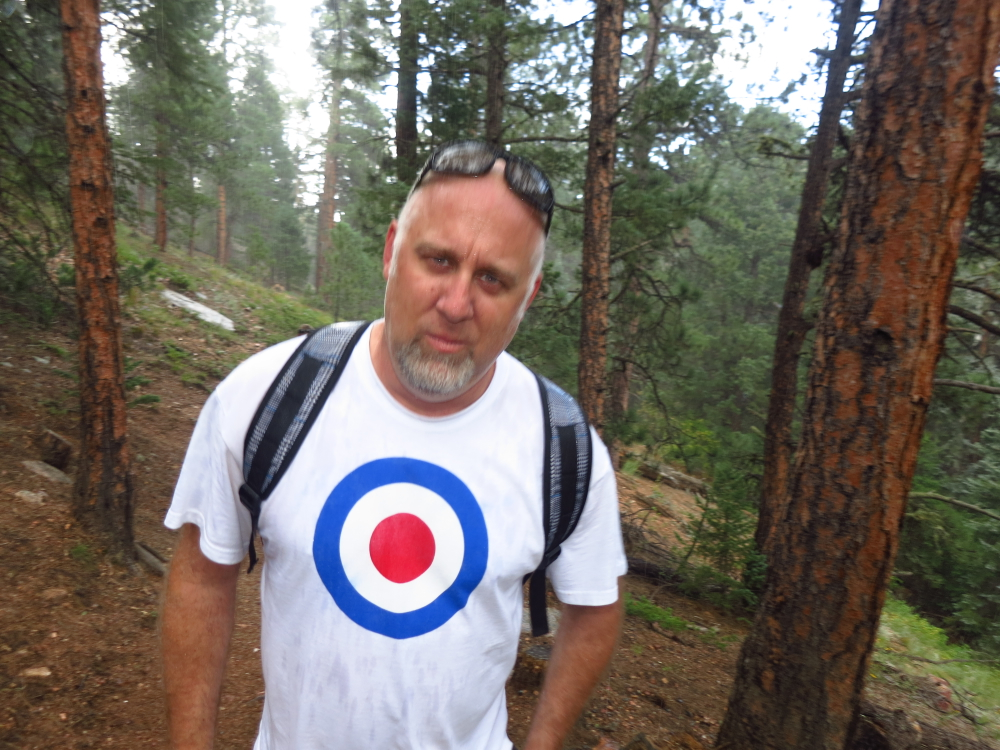 We dunked our heads in the creek, got soaked in a signature afternoon thunder storm, scrambled across big rock outcroppings, and even came across a pregancy test someone left by the trail side.

All in all it was a great day with equally great friends.

Time was getting short and we had to make it to the party site before the guest of honor. We parked our rental car down the street and snuck into the back door where we had just enough time to stash our bags, have some cocktails and prepare for the arrival of our victim.

Entering the room, she hit the floor. Friends and family were all assembled, and somehow she never suspected a thing; 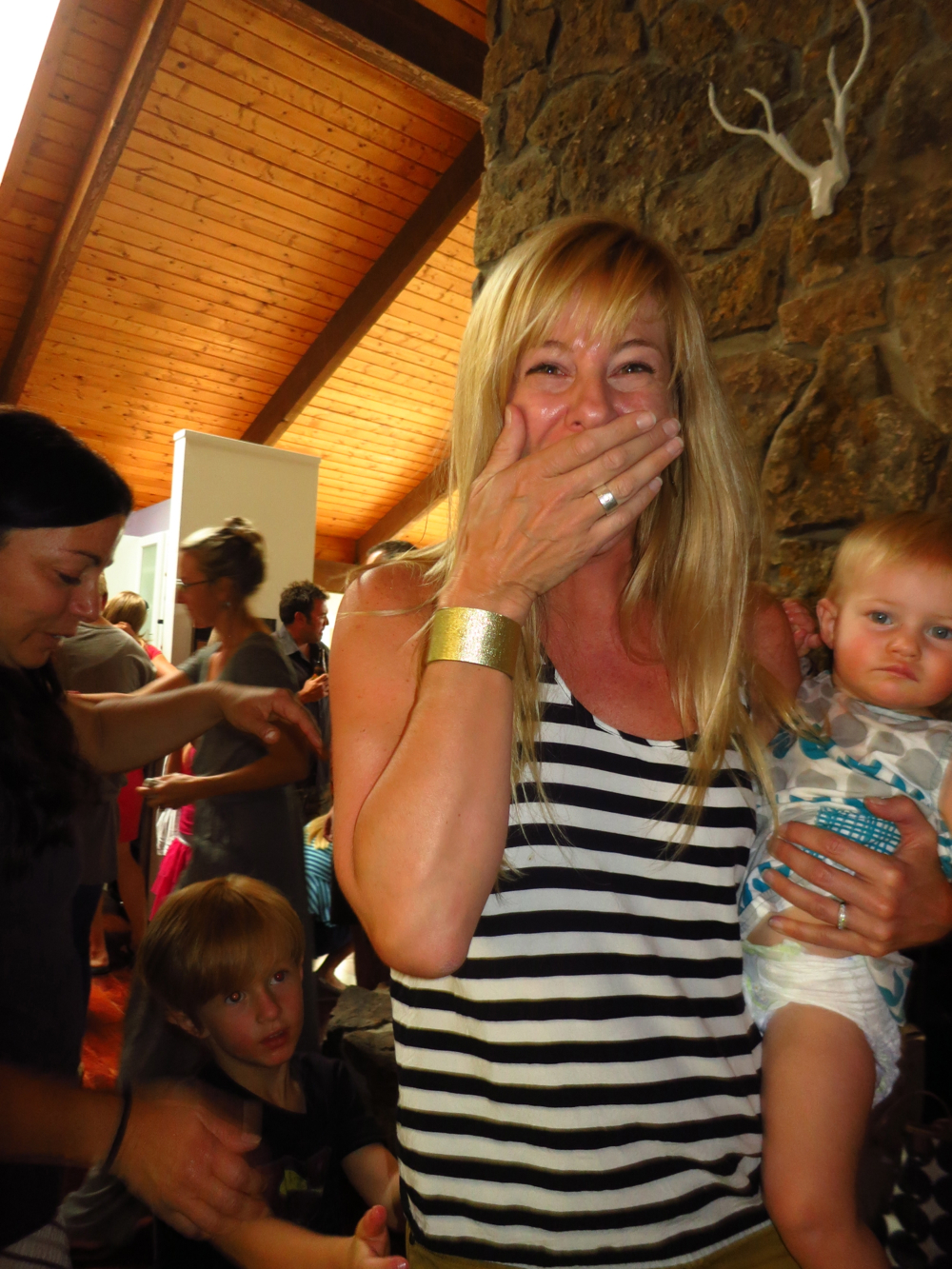 I’ve never been a part of a proper surprise party before and I quite enjoyed myself.

As the guests left, and a small group of us remained, the spirits continued to flow and things got south; 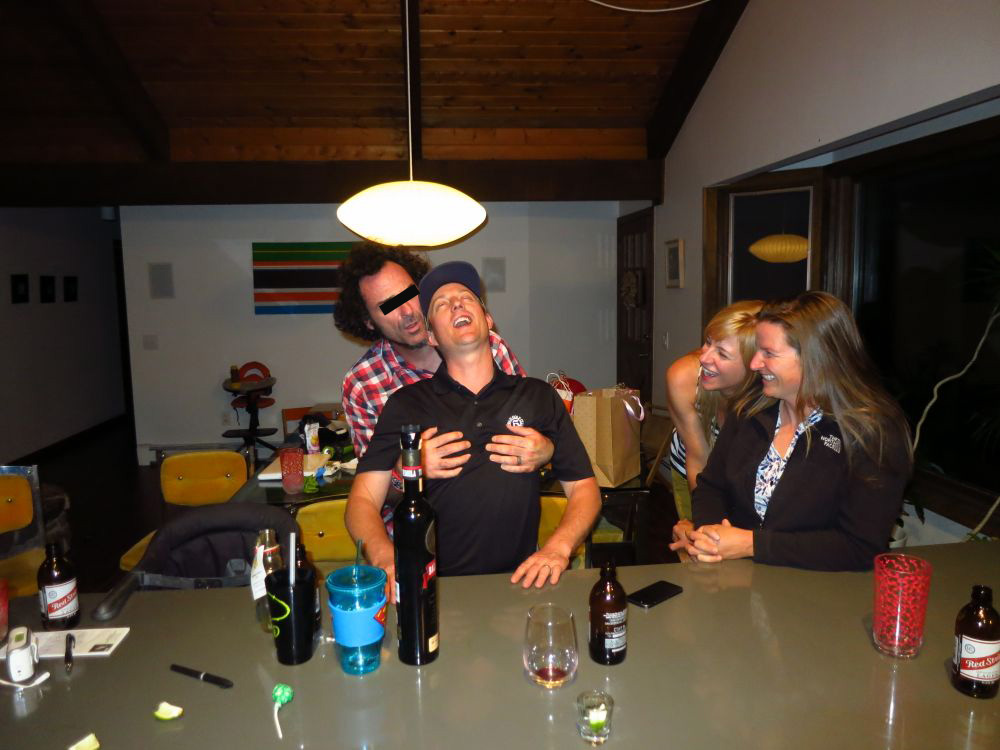 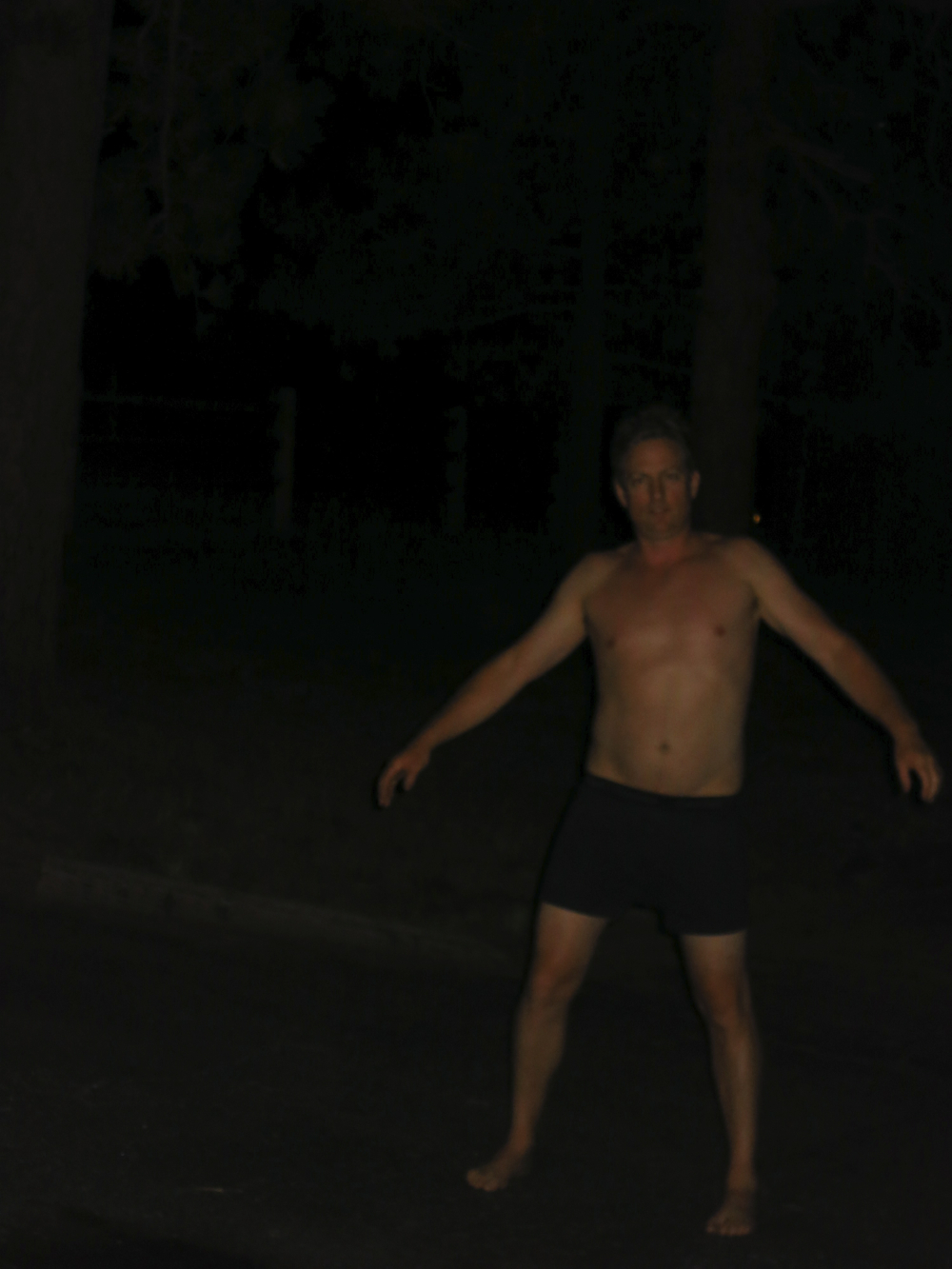 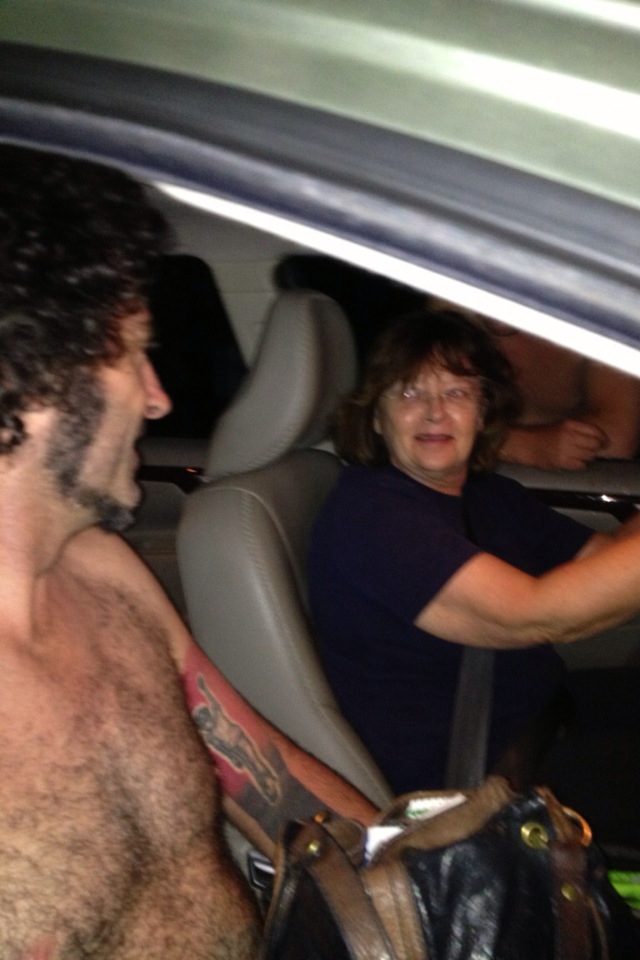 Anyhoo- That’s what happened in this camp over the weekend, and I remain happily bathed in the resulting haze.

In news of bikes, and bikecycle related industry news, there is big doings brewing over between two residents of the Maximo Supremo section, being a personnel shift from Portland Design Works to Swobo.

Since its inception, PDW tolerated/enjoyed/benefited from having The Mouth Of The Midwest©, Mr. Kevin Murphy in their corner as sales guy, but as happens every so often, things change, careers evolve, and folks move around. It’s with pleasure that I help to announce Kevin’s move from the design workers of Portland to the role of Director of Sales and Marketing for everybody’s favorite purveyors of bikes and comfy clothes; 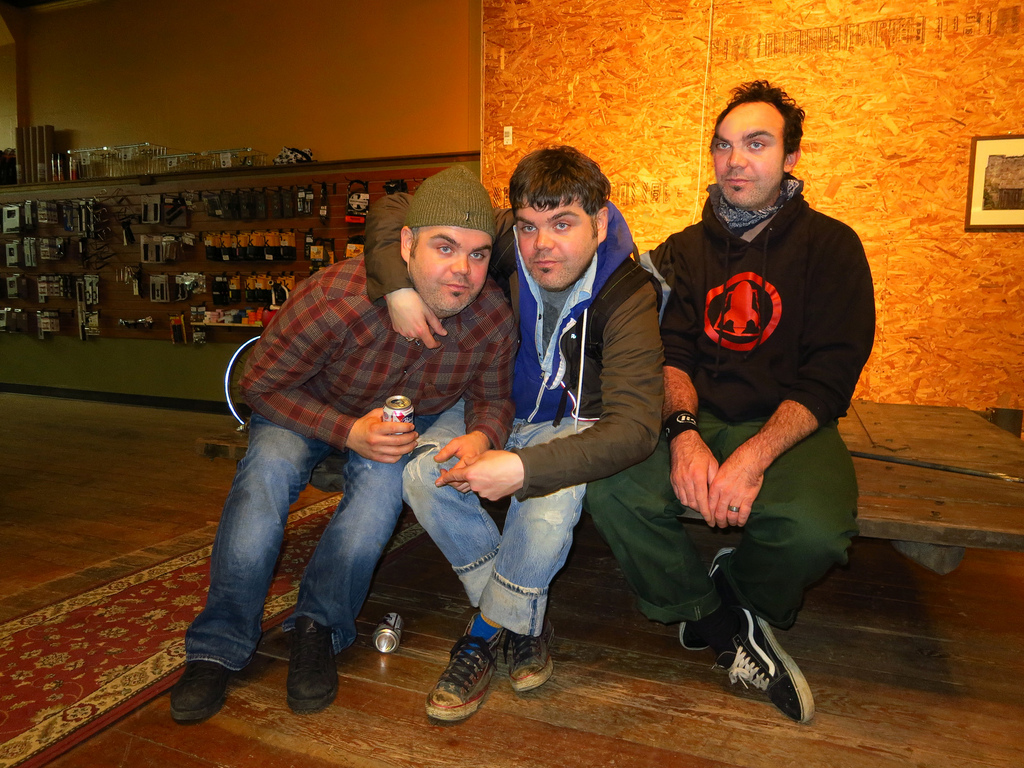 All three Kevins are tireless in their efforts and I look forward to a heap of good work from his three brains and six hands.

Moving on, Georges got in touch with a bit that I’ve seen murmurings on on these here internets;

I hope all is well.

Bless you and mucho gracias for all the good times- if it were not for you I would have at least 45% less smiling in my life.

I wanted to make sure you had seen this short movie by Sam Newman called “Fasst” which spotlights bike builder Ezra Caldwell– who just happens to have terminal cancer. Terminal ASS cancer.

The movie is about 3 bikes- and the man behind them.

Anyways, Ezra is homie, an incredible talent, and a bright light of life…which I hope you will spotlight to your peeps.

I don’t know Ezra personally, but we share a number of friends in common, all of whom I think very highly of. Their relationship with me notwithstanding, I understand Ezra to be truly one of a kind and despite the fact that we don’t know one another, I can say without hesitation that the word is truly a better place with his inclusion.

In other news, in exactly eight days, Las Vegas will be the site for the fifth annual Underbike Industry Mixer©. If you happen to be in town for the Interbike show, it would be my honor if you would join Paul Components, Ritte Van Vlaanderen and myself in a celebration of the get-downest sort; 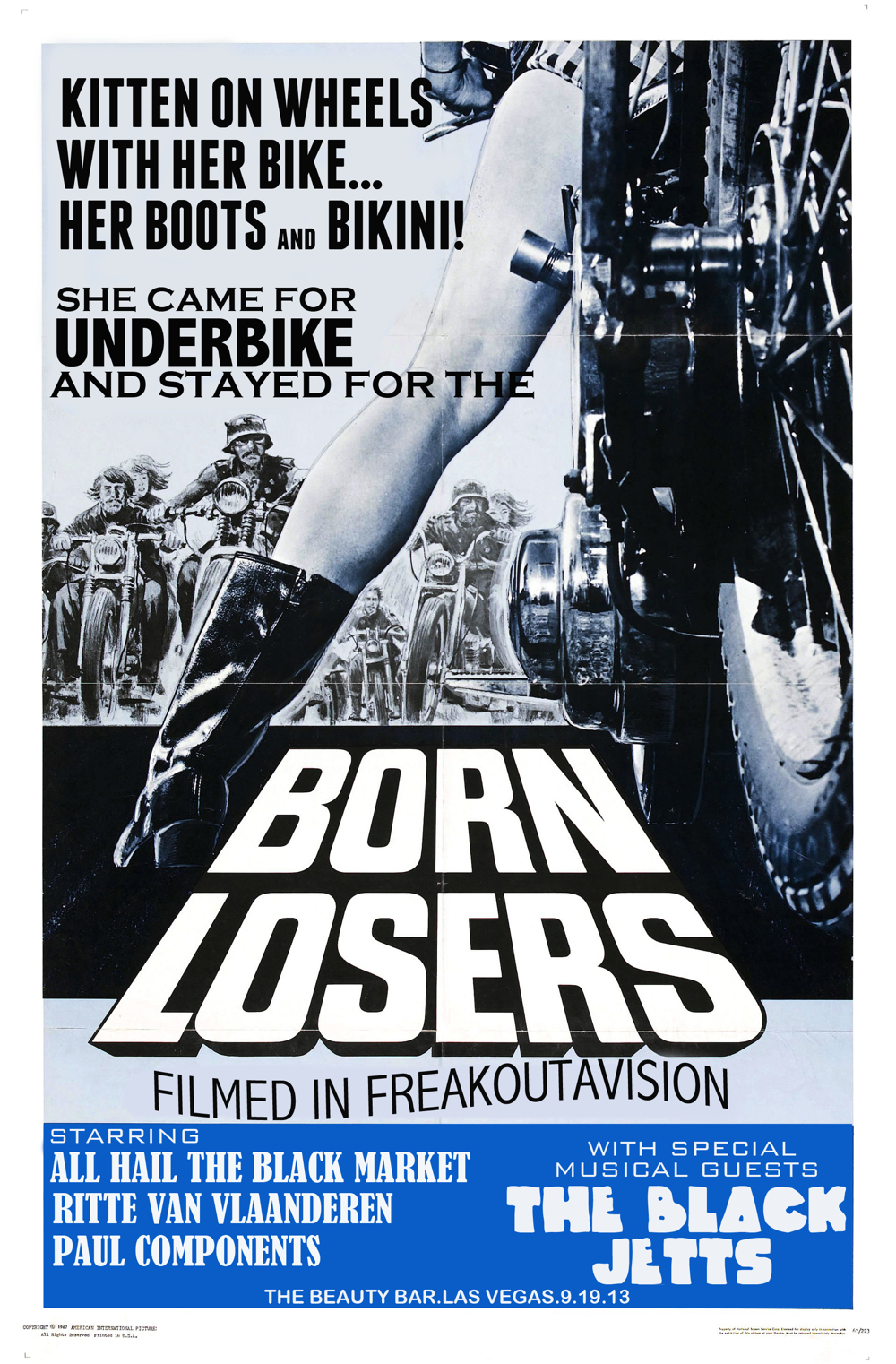 With the dust barely settled after that blow out, Justin made contact with an event for any and all in or around Ocean City, Maryland; 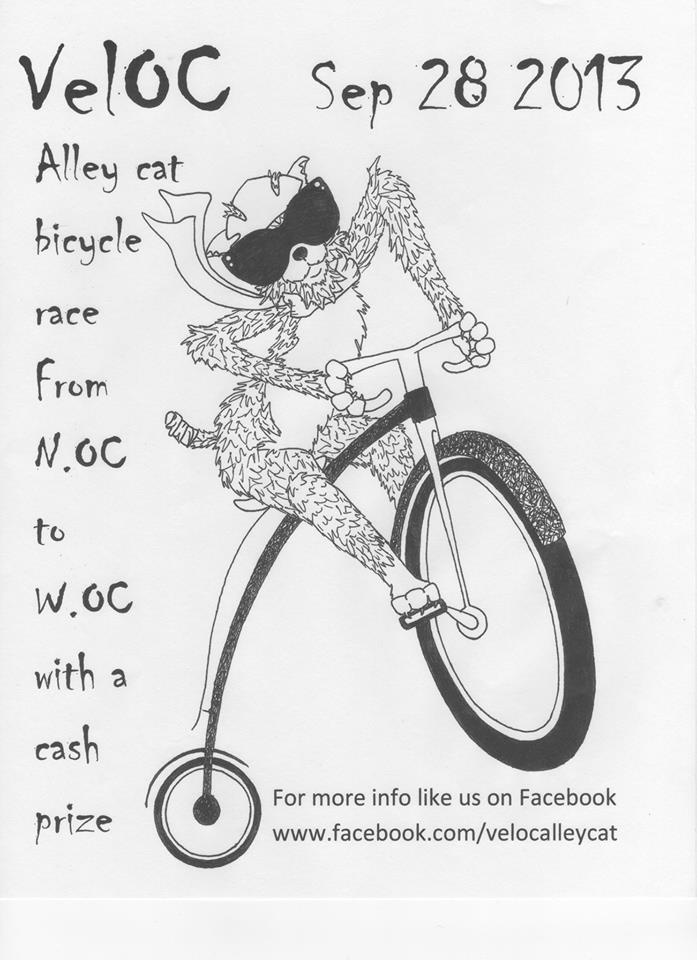 He’s been putting a gob of effort into making this a god time for anyone who cares to show up, and more information can be found at the VelOC Alley Cat Facespace page.

So there you have it. All the news that least as far as today is concerned, is fit to print.

None of it’s a secret, and because of that, thankfully no one has to to be killed.

5 Responses to “Two people can keep a secret when one of them is dead.”