This is what I would tell myself if I was standing in front of myself. 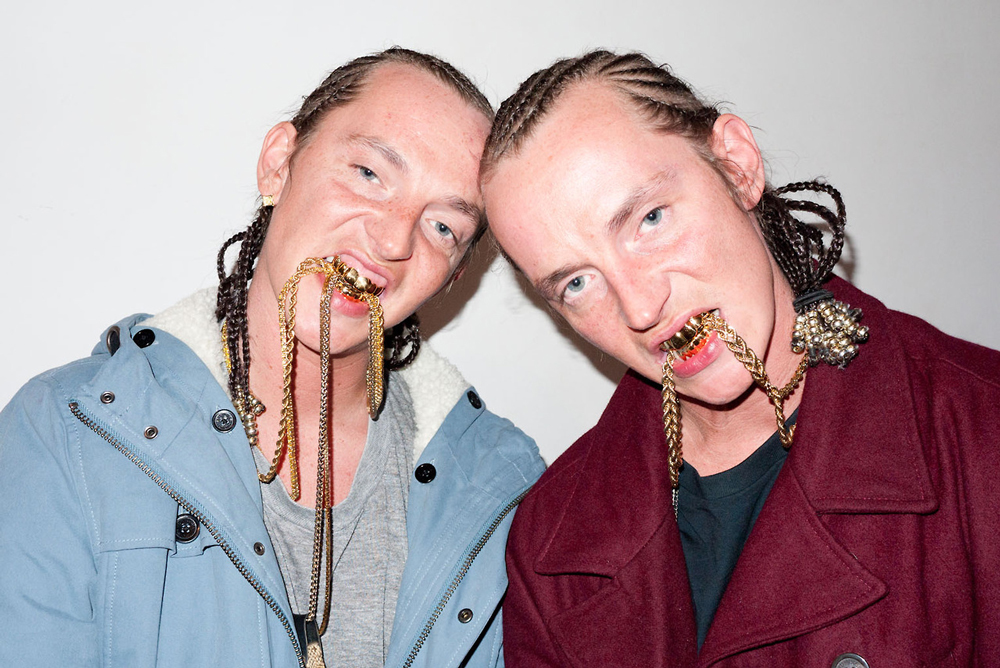 Photo by Terry Richardson.
I would probably also tell myself that gold fronts do nothing for me, but that’s another topic for another day.

The reason I would say that to myself is on account of this post sucks before it’s even written. It’s going to be too short, it will probably be full of grammatical errors, and on top of all of that, it’s very likely going to be the last post until Monday 23rd after I make my return from the bicycle trade show and all things debaucherous.

Beyond all of that, why specifically this post sucks before it’s written, is because JMac and I took our leave for the whole weekend and I’m typing this on no sleep and a head full of river water.

The plan initially was to backpack for two miles down a river in Northern California called the Yuba to a very secret and special swimming hole.

Not down a trail next to the river, mind you, but down through the actual river.

We did this once before and it was very possibly one of the hardest things I’ve ever done. This time however, we added an extra hour to the trek by starting further up river and easily had at least 100 pounds worth of crap each, not to mention the cooler.

With all of these factors working against us, after an hour I pulled the plug and reasoned that we would still be inching our way to our camp site by the time it was dark; Reluctantly, J agreed, and we headed back to the truck defeated.

Eventually we found our way to another spot of which I’m quite fond, and we bathed the pain away; 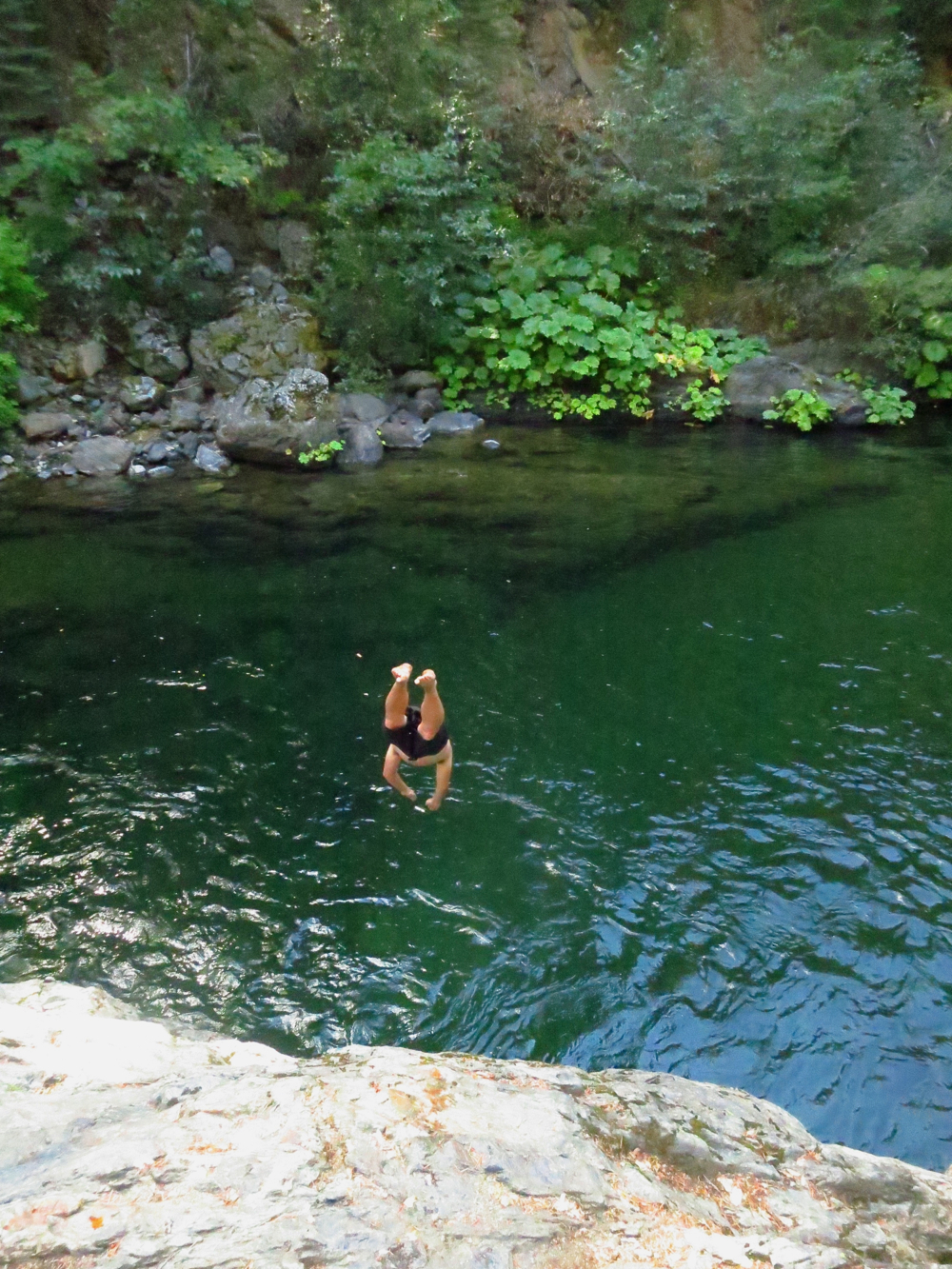 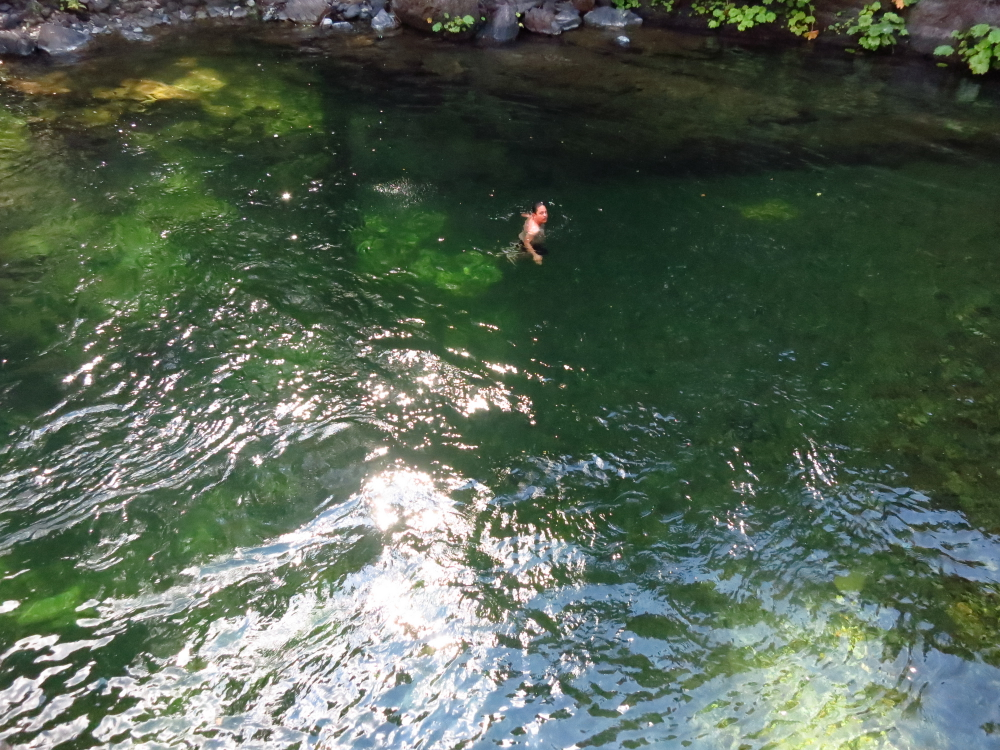 After a couple of fitful night’s sleep, and several nearly broken ankles, all well that ended well; 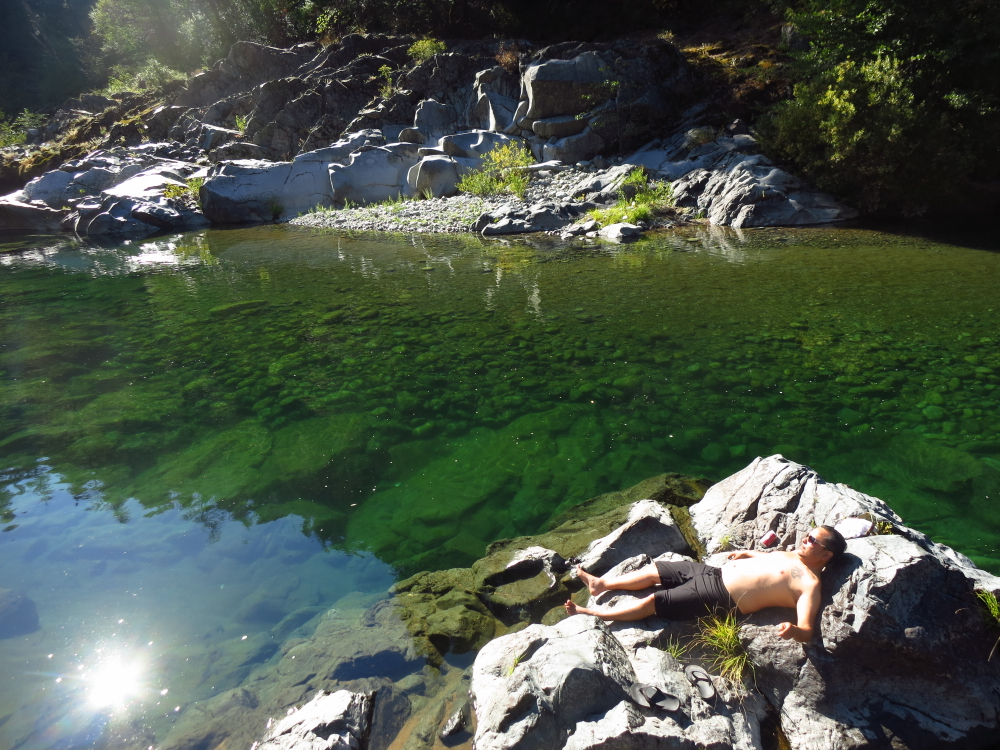 Finally, as we were leaving the valley we were flagged down and suddenly found ourselves in the position to assist a young woman who had been badly injured after falling from a rope swing.

Descending the sheer rock face to get a read on the situation and introduce myself, I was surprised to see that the woman’s husband was none other than Eli Eckert from Man’s Ruin recording artists Drunk Horse;

It was unfortunate to run into him in such bummer circumstances, but I’m sure he appreciated a familiar face in amidst such a dire situation.

The medics got his wife loaded onto a backboard and then into a basket which was winched up to the road and promptly put into an awaiting ambulance.

Kind of a heavy way to end a couple of peaceful days.

So suffice to say, I’m pretty glazed and you will please forgive me if I’m not my usual hilarious self.

Getting to a touch of business- For those who paid a visit on Friday, you might have taken note that Jeff from Maximo Supremo residents All City Cycles had planned a Bandit Cross race for Tuesday, September 17th in Las Vegas. In the original flyer he’d posted one time, but then in a flurry of fury this weekend, changed his mind and changed it to a different one; 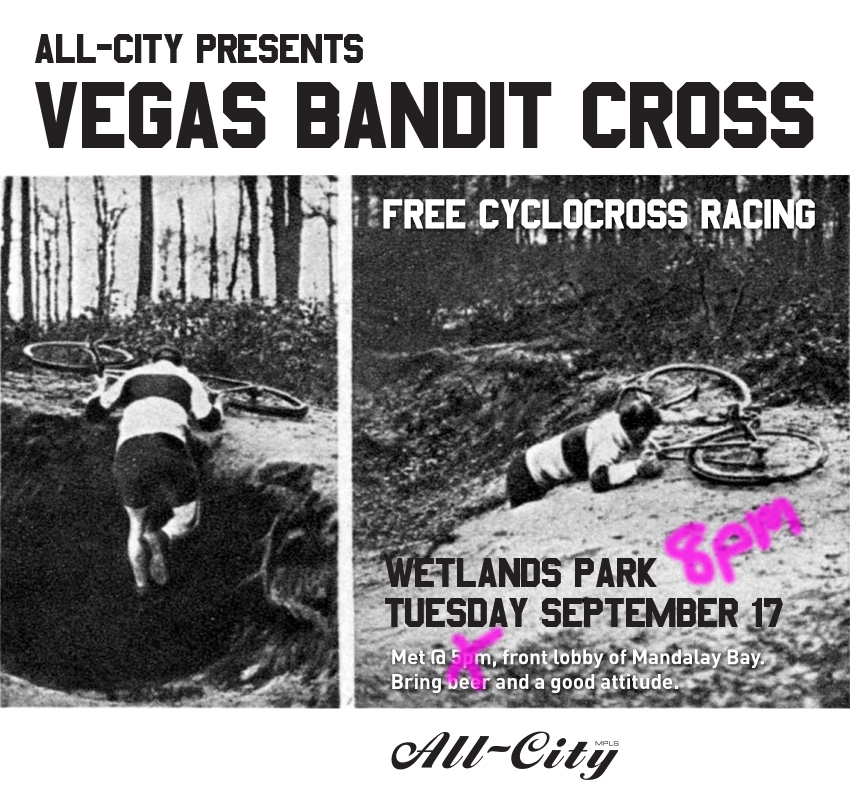 So if you were planning on attending, please make note of the change.

Or show up at five and drink for three hours.

In news of this here website that you’re looking at, I like to always have a ‘One For The Weekend’, because, the internet never sleeps, you know?

Well, I had one scheduled for this past Saturday, but the tech gods frowned upon me and it sat in its dormant state.

Lucky for all of us though, because I’m the boss and I can post it wherever I please.

Squeaky Clean Dave found this clip, and has inspired me to bugger off and work on my driving skills;

Finally, in closing, I would like to mention that I have a brand new batch of the red and black Chuey caps in stock and ready for the selling; 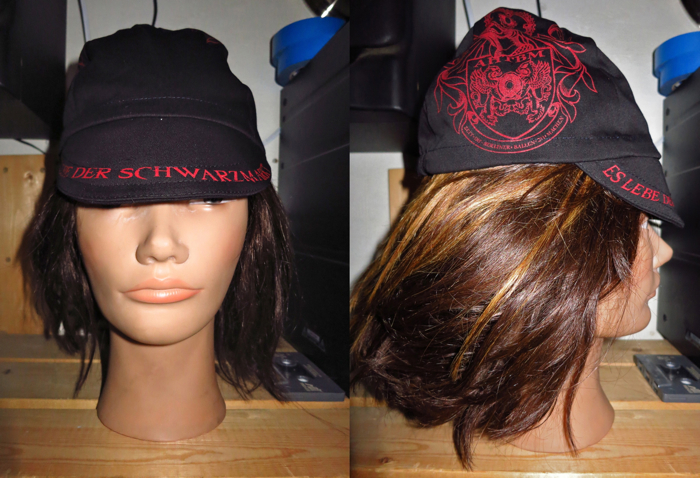 Also, for any folks who bought one of these previously, it’s come to my attention that Chuey’s sizing for the first run was a bit on the big side.

If you bought one and it doesn’t fit, get in touch and we’ll make it so.

However if it doesn’t fit properly because of your wad of corn rows, that’s on you.