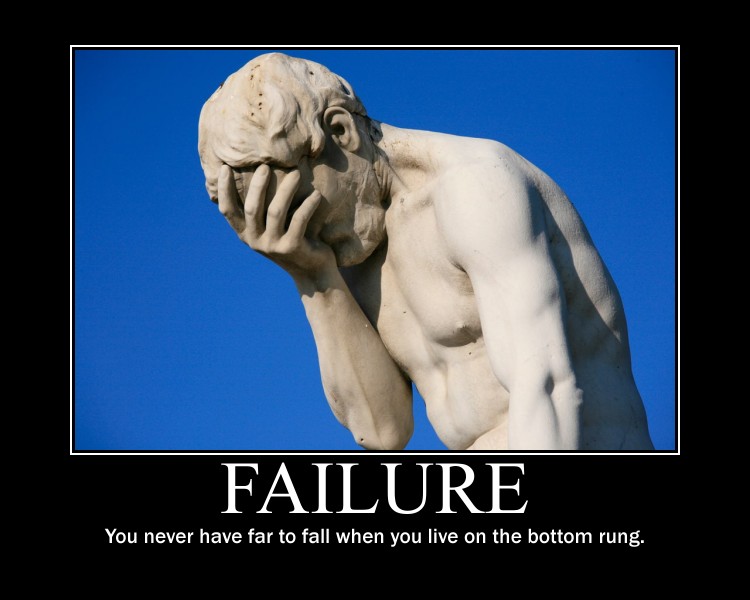 And it’s as a concise a credo as I choose to live.

Hello there Mom and Dad and the three other random people who come here to read my inner most thoughts.

How was your Wednesday, Thursday and part of today?

For my corner, (or rung, if you will) life has been fraught with strife and sorrow and a whole array of frustrations that only someone who writes a blog for a living could understand. I’ll spare you the ugly details but a brief overview is that I ran out of coffee and read a couple of comments sections on various websites, which sank me deep into an abyss of despair, but with every storm comes a bit of sunshine.

It just so happened that my sunshine came with the arrival of a brand new set of Surly tires.

This came about after I had a conversation with somebody somewhere, wherein they asked if I knew about this thing called the Surly Knard 41.

“No I do not” I replied, and as far as I can remember, the conversation ended there and I immediately got distracted by my own feet and forgot about the exchange entirely.

A couple of weeks passed and suddenly I was jolted awake with the vague memory of the exchange. Heading to my naked lady box, I typed up the Surly url and found that the person I’d spoken to was not pulling my leg. When I laid my eyeballs on them, I was smitten. I shot an email over to HQ and inquired on how I might purchase a set from them. After an exchange of magic beans, a vile of blood, semen, and a hair sample, they sent me off a box containing two, and I set about putting them on my dirt speed cycle; 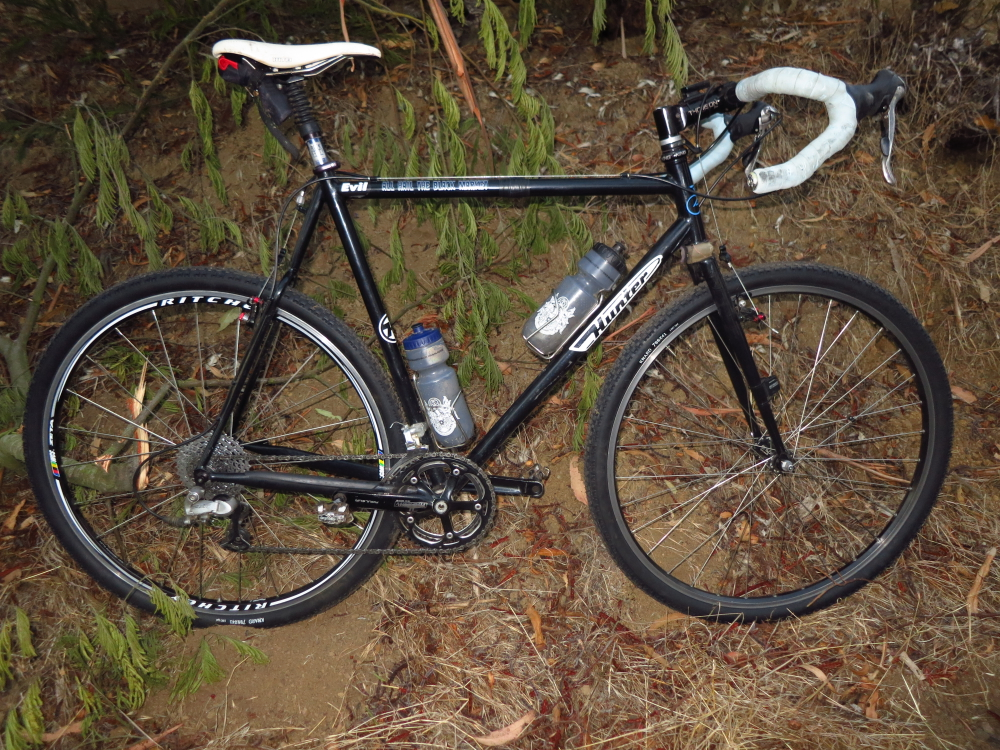 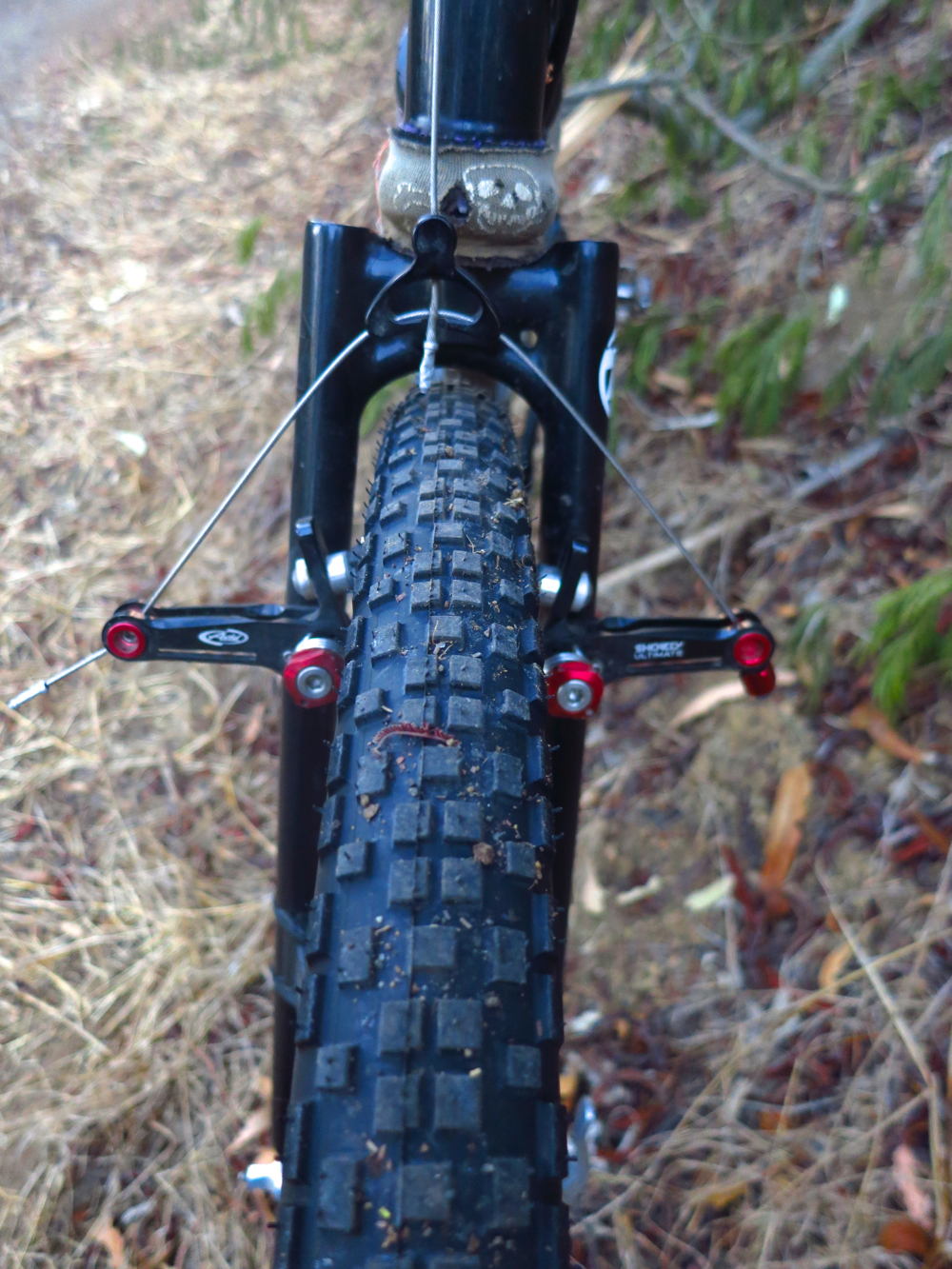 They’re so fat that I have about the distance of one of them little hairs new tires have between the tread and my derailleur clamp.

It’s like, this ~~ much. So obviously, it would make a crap mud tire on this bike, but as young Carl and I set out on an adventure of our own the other day, I concluded that it makes for a mighty fine dirt tire. Because I opt to rarely post any photos of myself on the site, I’ll instead post one of the aforementioned individual which is pretty much the same thing except he has white brakes, no Surly Knards and he’s about thirty years younger than me; 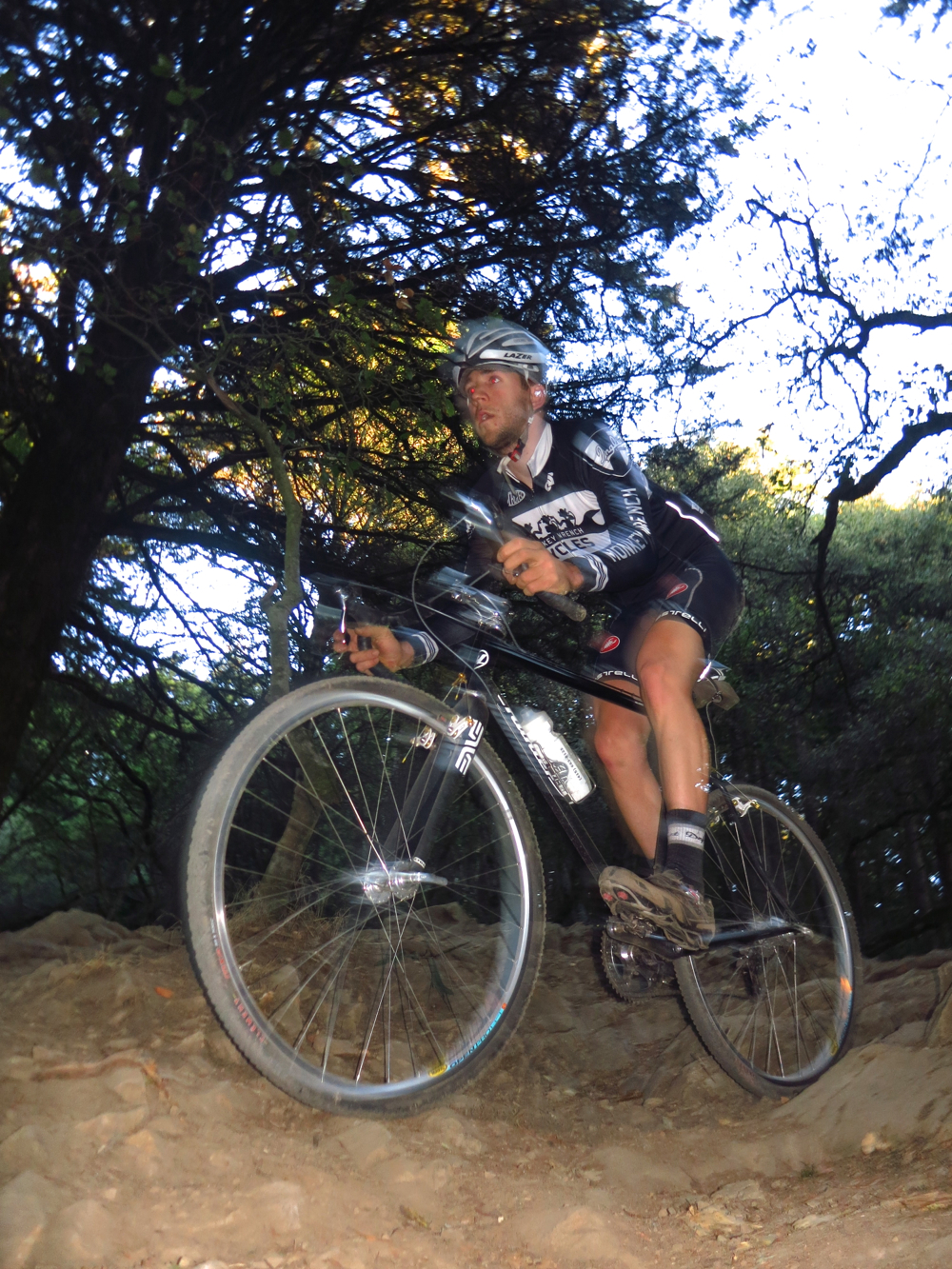 After making mention of it on the AHTBM Facebook page, Justin commented “is it a true 41, or a Hutchinson 41?” to which I can honestly answer “purple monkey washing machine“, because I have no idea.

Luckily Matt from Ghostship chimed in with the following- “It depends on the width of the rim you mount it to. On my Mavic’s, they measure at a 38. Wider rims will help them spread more.” 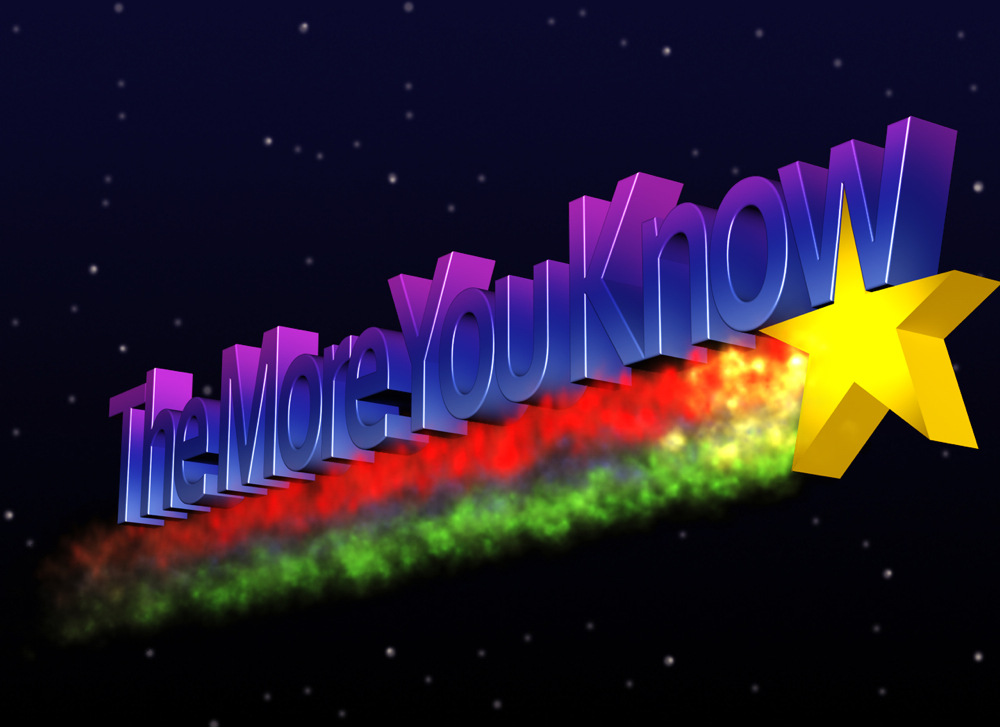 Anyhow, if you’re a fan of the Interwolf, or more appropriately, Bruce Gordon’s Rock and Roads, and generally are of the opinion that the UCI and their tire size rules can suck a dong, then I would recommend some investigation in the direction of said Knard. Tell Surly I sent you. It will net you absolutely nothing.

Now to bring some levity to the day, as well as to contribute perhaps a smile or two across the land, I’d like to share a link that was sent to me from Michael which had me laying in bed the other day guffawing between servings of peeled grapes;

Moving on to other items of importance- A few weeks ago or so, the monk of the machines, Mr. Chris Igleheart had a run in with a car and was seriously injured. Like most Americans, Chris is without insurance, or if you will, in a creek of shit with no paddle. Lucky for him, some kind hearted folks have circled the wagons and have begun a fund raiser to generate some support to assist him with his mounting bills; 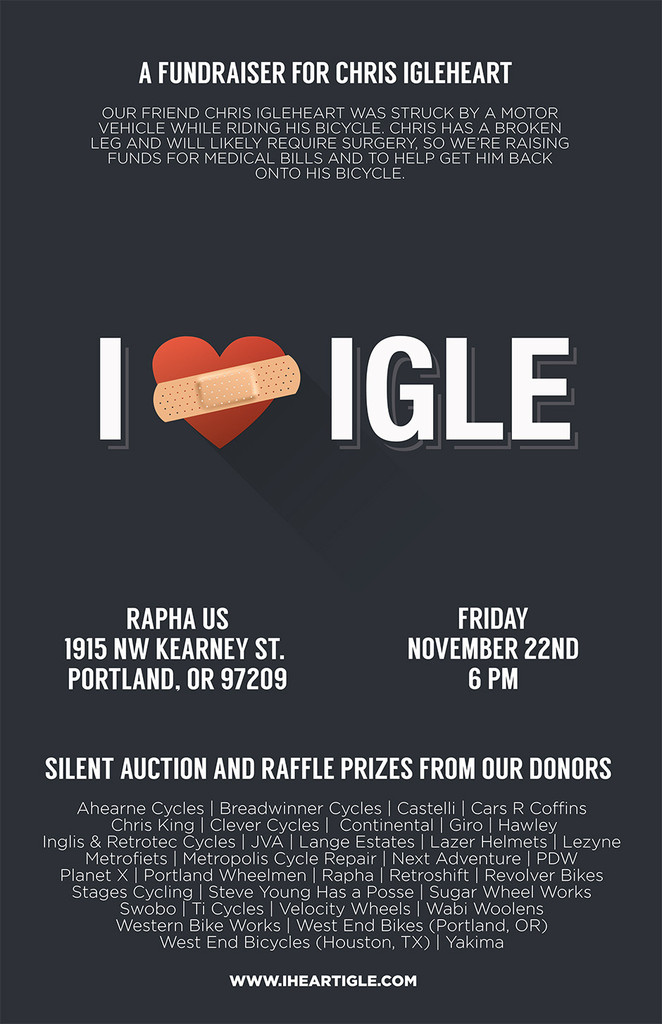 If you would like to help in his time of need, and get yourself in the running for a Breadwinner Continental frame and fork, a Swobo Folsom, a Velocity Major Tom wheel set, or a whole huge array of other prizes, swing by Swobo to get in on the running.

For those unable to attend the event in person, a limited run of 150 tickets are available here. All entries will be announced on Friday, November 22, 2013 and there is no limit to online ticket purchases.

Lucky for those who are allergic to Portland, you don’t have to be at the drawing to win.

Chris is a peach of a human being, and I wish him an extra speedy recovery; 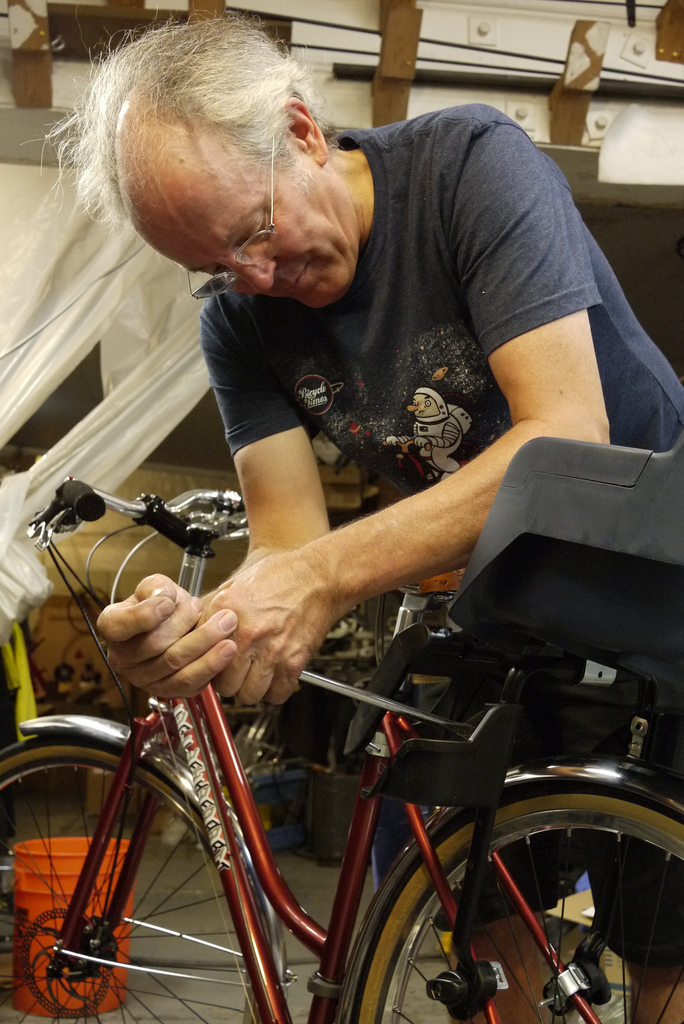 In other news from Portland, Captain Dave from Ironclad Cycling, Evil Cycling, and his couch got in touch with a bit of bikecycle racing that is set to occur there;

“Our 2nd edition of the vaunted Fazio Farms CX race….we made a course with bulldozers, and have 2 kegs of free beer. So, what go together better than beer, bulldozers, and bikes? Nothing, we say, nothing indeed. Racing all day long. Laughter and heckling guaranteed. Easy to ride your bike to this race, too, right by PDX airport!” I see by reading some of that small print that Dave is listed as a promoter. I also see that they require attendees to wear helmets at all times and not to pee in the bushes.

It all sounds absolutely miserable.

Finally, and speaking of which, from Chip I received this barrage of information regarding some bike race thing that apparently is happening soon, and then potentially eventually;

Greetings from the Frozen side of ‘murica. As you may or may not know SSCX Worlds are going down in Philly in a mere 3 weeks. I know what you are thinking. A bunch of east coasters are going to get all Type-A and ruin SSCX…Nah man, we got this.

Dave and his band of hooligans are cooking up something special. The #NECX just got back from a recon mission thinly disguised as the Philly Bike Expo and have all the secret lines to make this one of the best SSCX Worlds ever. And forget what all these hipsters say Philly is NOTHING like Portlandia. If Fairfax had a love child with Berkeley? Closer. 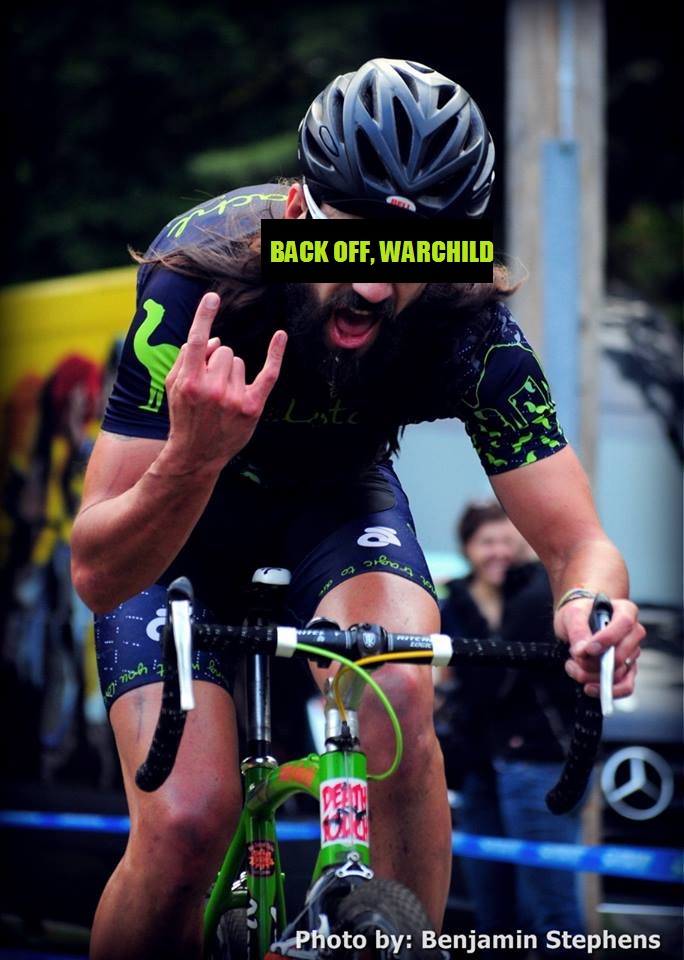 So as I am sure you know the host of the next SSCX Worlds has to “win” the right to put on the 2014 SSCX Worlds. That is kind of like winning Ebola or something isn’t it? Anyhoo, The Ex Presidents are rolling to Philly in 3 weeks and we don’t plan on robbing banks but stealing the hearts and winning the minds of a Legion of dirty SSCXers and bringing the Cup to Boston in 2014… Hope you can make it to our fair City in a year’s time. We will not disappoint. Oh here is a hashtag cause that is what all the cool kids do….#SSCXWC14BOSTON. Stevil what the hell is a hashtag anyway?

Here is all the info on Philly Worlds“.

I’m fairly well computer illiterate but I think it’s spelled ‘hash tag‘ and it looks something like this; 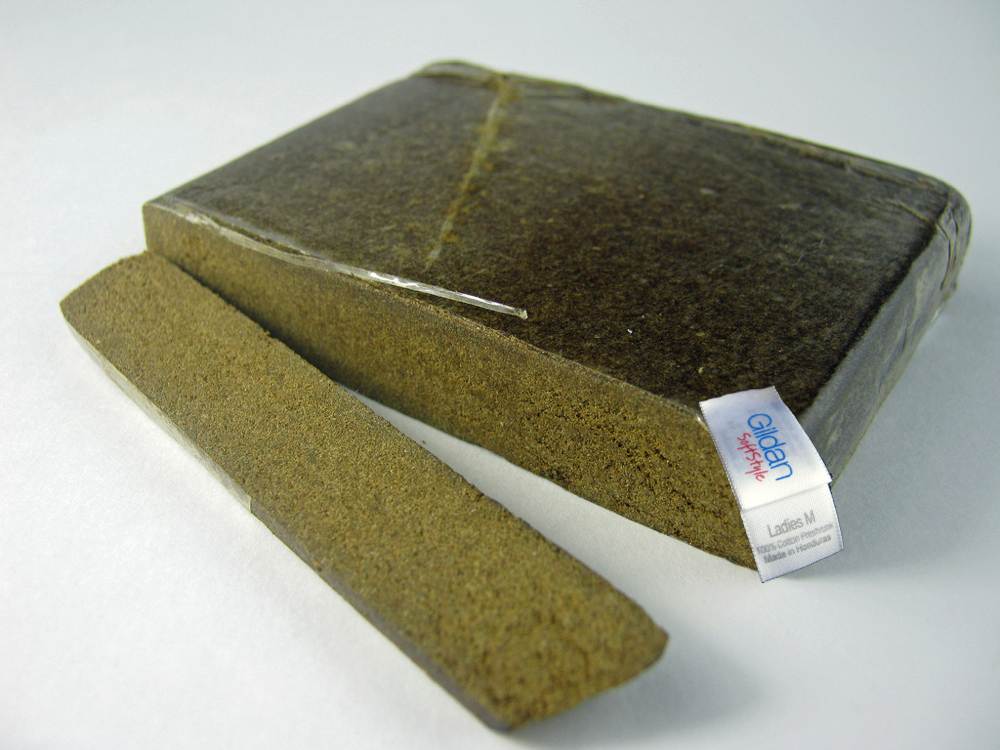 I might live on the bottom rung, but I’m hilarious.

7 Responses to “Motivation comes in many forms.”