Like pea soup on a foggy day kind of thick. 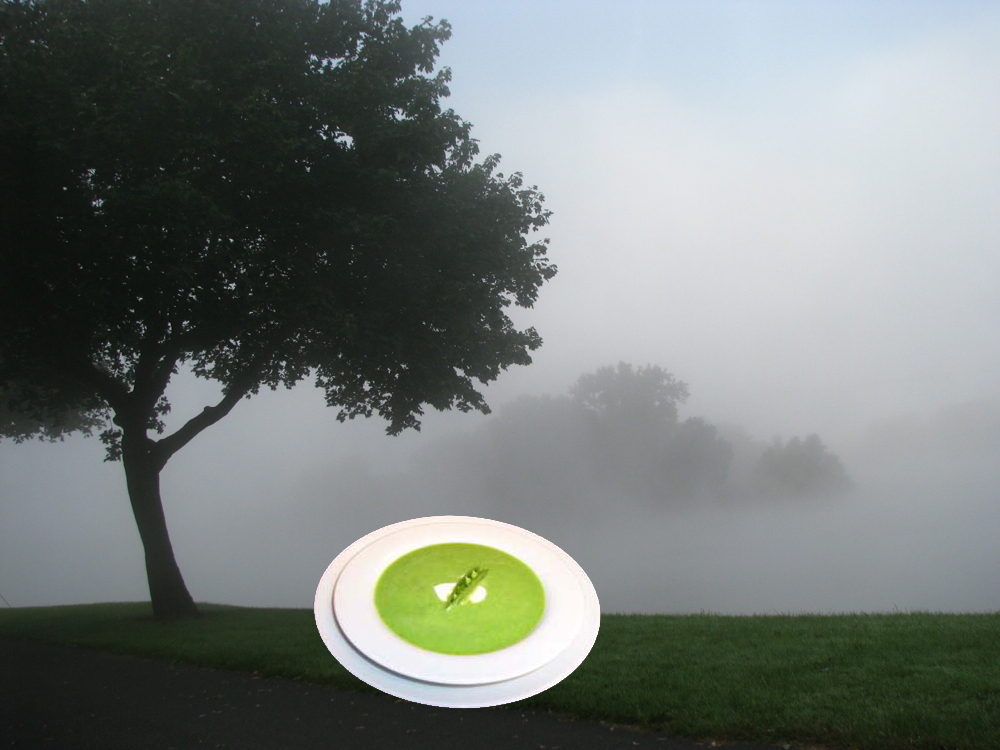 After months of travel and hijinx which I think started back in June, the cherry on the cake was a three day sojourn to the self proclaimed center of the cycling universe of Portland Oregon where the girls are pretty but the boys are prettier. The dance card was certainly a full one with the Christopher Igleheart fund raiser event at the Rapha headquarters on Friday, Monogamy Party, Sons Of Huns, and Gaythiest on Saturday and Ultra Goat and Monster Magnet on Sunday.

You see where we’re headed with this? It was a disaster in the making, which began the process of unraveling the moment I stepped off the plane.

After some libations and a bite of food with Cheever and Hurl, we headed to the den of Rapha. Because I had somewhere in the neighborhood of three dollars and some shrapnel in my pocket, I couldn’t afford to get into the fund raiser, so like the homeless person in training that I am, I sat under a tree across the street and made small talk with those who were on their way in. After some of that, I took a lurker photo; 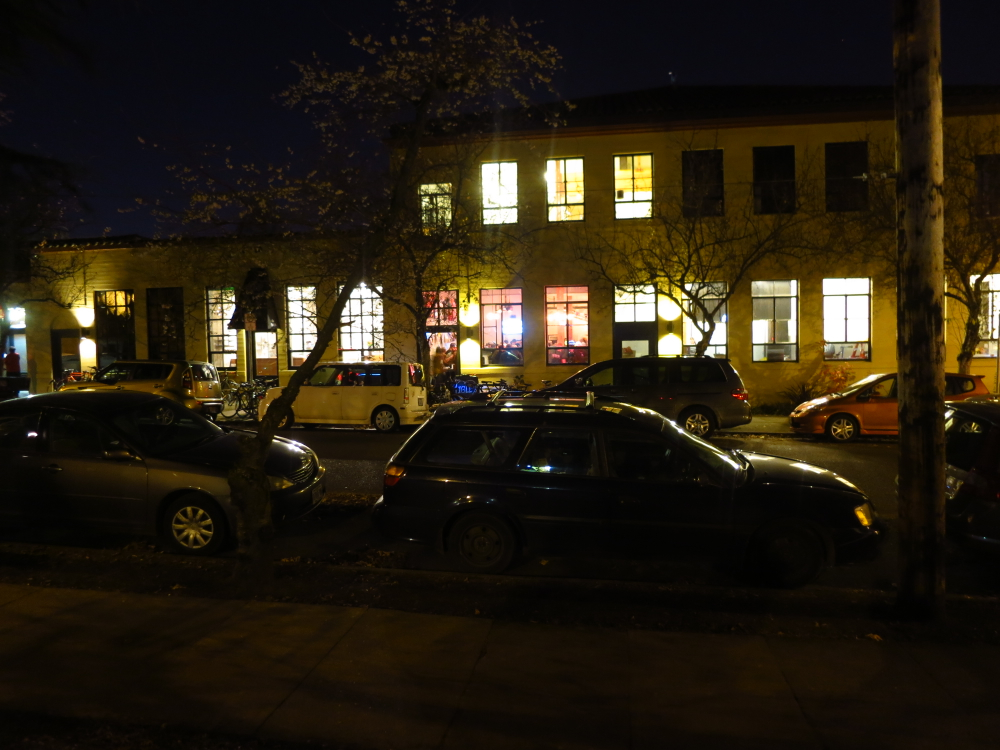 Then the lovely and talented Lana arrived and I think she handed me a can of beer as well as (perhaps) a short impromptu improvisational dance routine; As the final bell rung on the throw down, I reckoned that I could at least barge the door long enough to go inside to say hello to Chris, and rub some stink on the newish Rapha facilities; 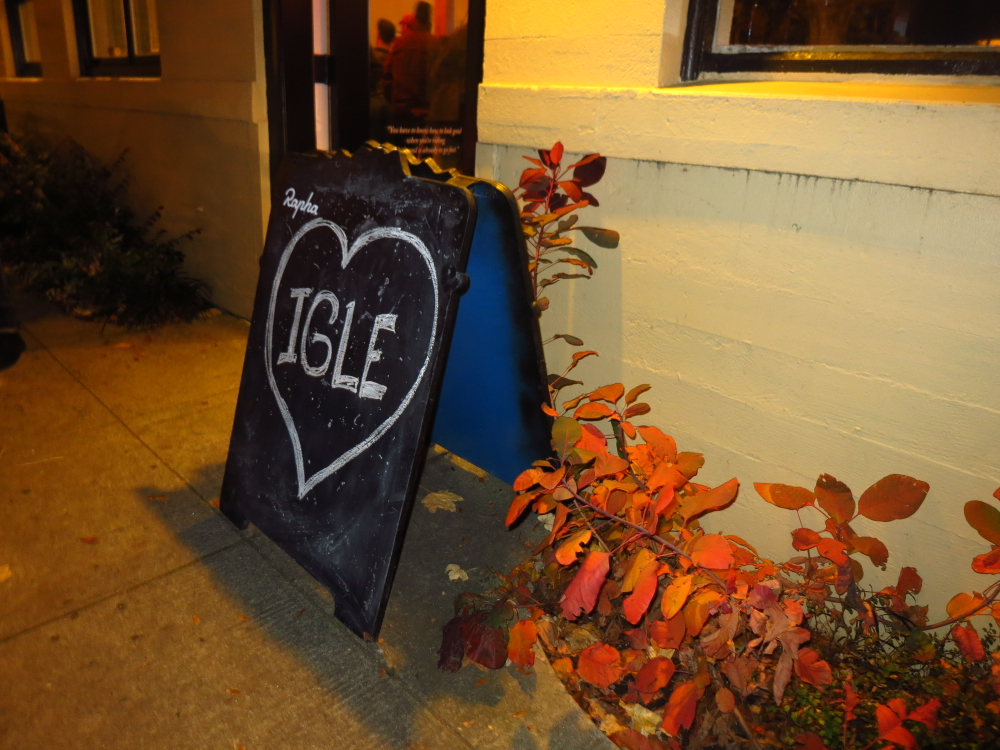 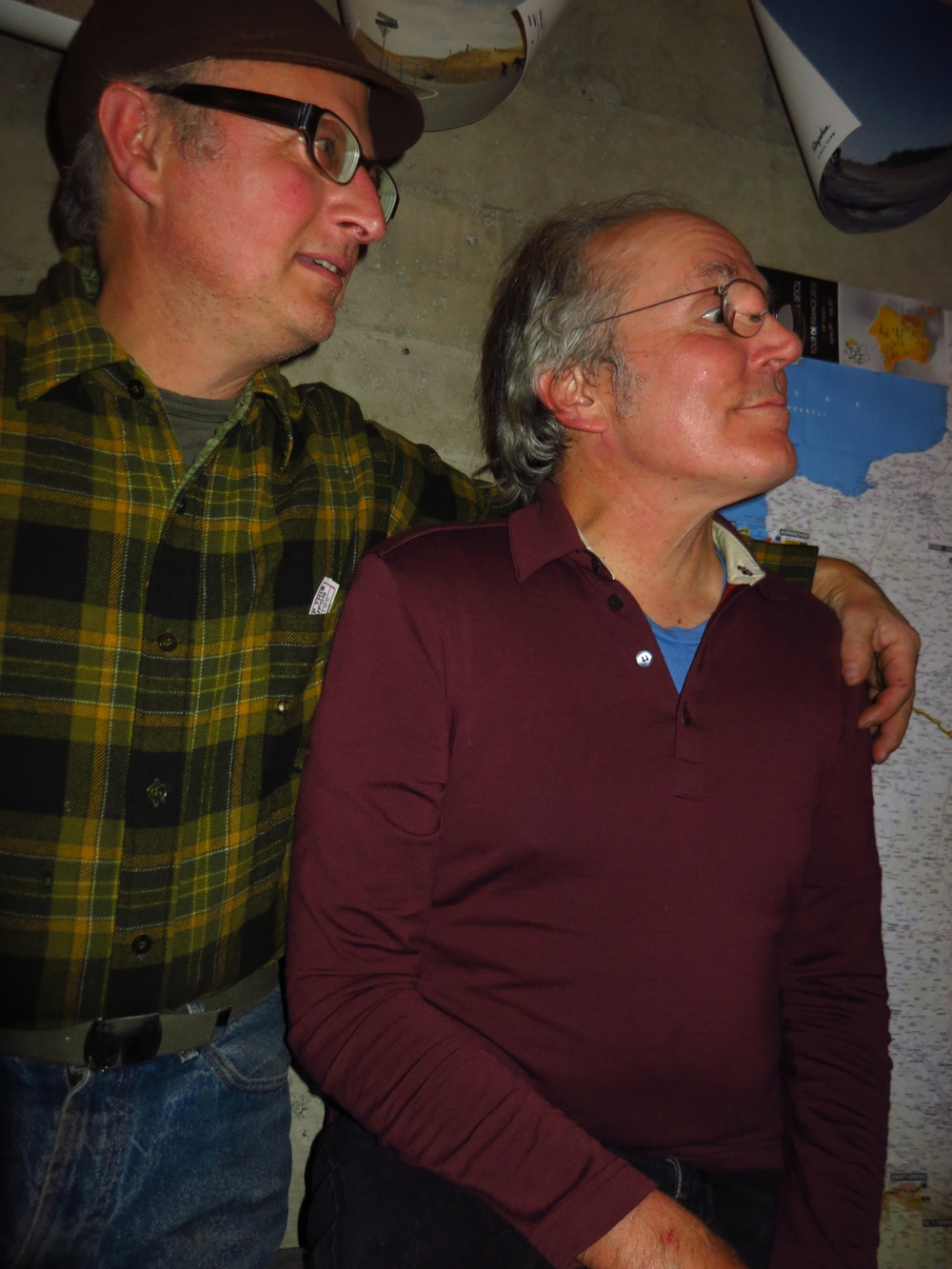 I offered my congratulations to him on not getting killed, and after a short stint at a neighboring bar defied my every instinct of self preservation and left with this guy; 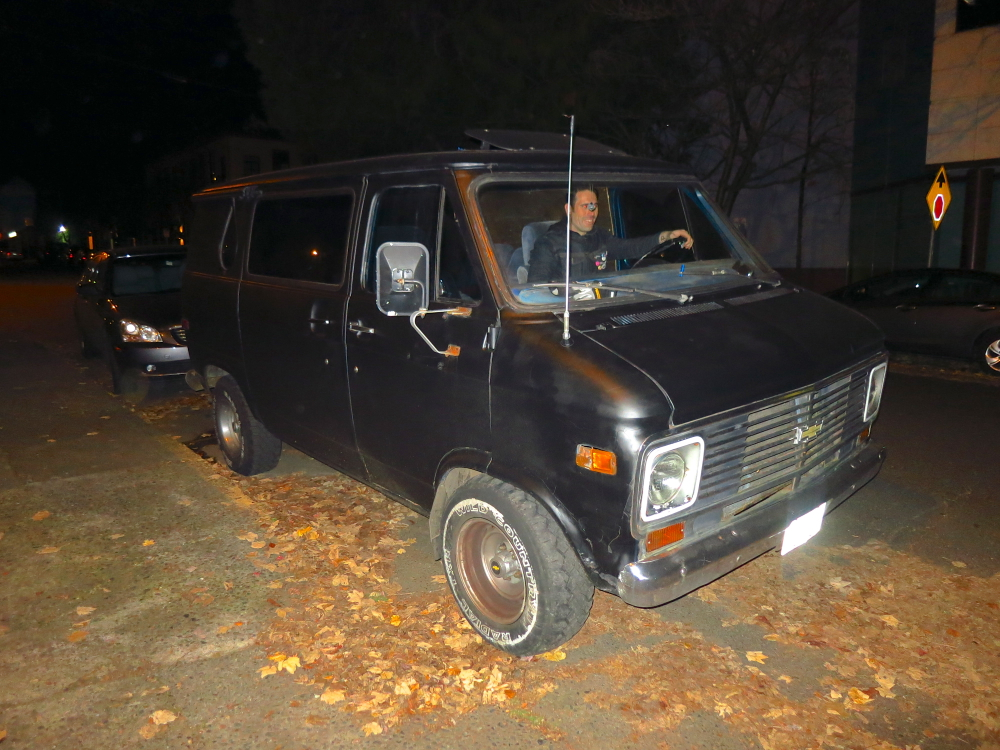 That’s Jack sitting proudly behind the wheel of his newly acquired mayhem machine. What followed are the things of both legend, and wonder, the details of which frankly go beyond good taste for a family friendly web blog such as this.

Suffice to say, what happens in, around, and as a result of piling out of such a glorious machine in a town which has more peeler bars per capita than anywhere in the country will forever remain locked in our own collective consciouses.

Waking up early the following morning with a solid three to four hours of sleep under our belts, there was talk of a mountain bike ride, but as it was, I had no proper equipment in my possession, which would have resulted in a hodgepodge of borrowed bikes, clothing, shoes, and so on. It seemed a hell of a lot easier to take on a brunch, burn the blue flame on town bikes, and prepare ourselves for another evening of rock and roll.

After a spell and with stomaches full, Hurl and I made like a pile of kittens on Captain Dave’s spare futon in an attempt at making up for the previous night’s sleep deficit.

Eventually we re-boarded our machines and headed back downtown to find more trouble; 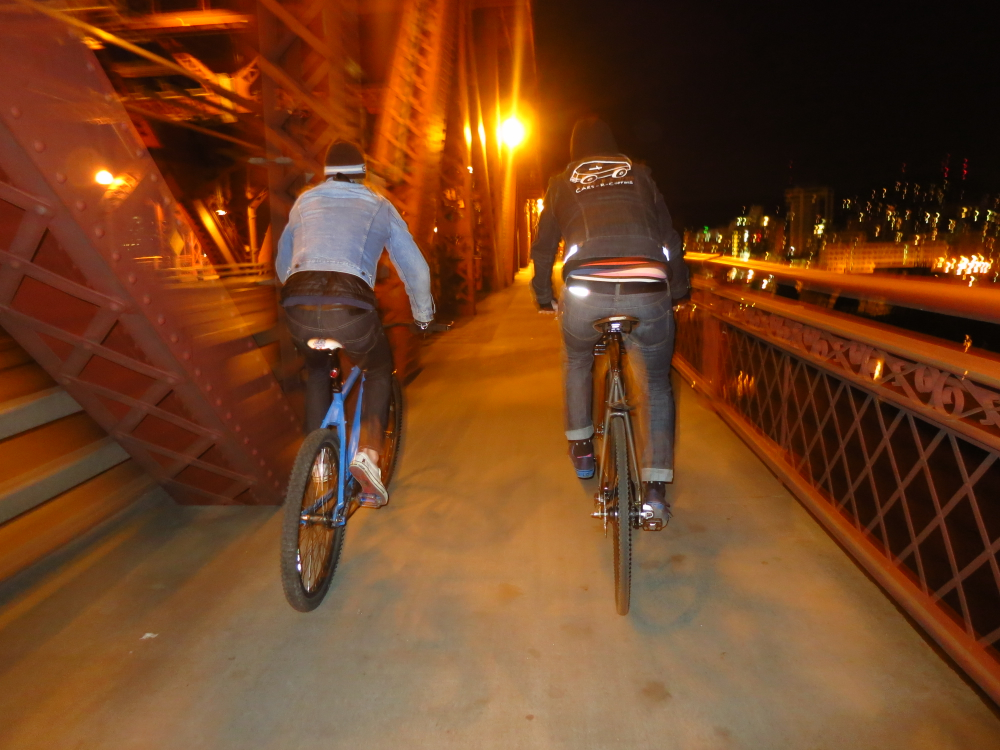 Before we went to the evening’s main event, we stopped by a dive bar called the Yamhill, which it should be noted is the only establishment which not only welcomes the transition between Dan Cheever and his unclassifiable drunken alter ego ‘Stan Beaver’, but actually relishes in it.

A local punk band was playing and as we stood amidst the swirl of bodies, leather jackets and jack boots, we made the acquaintance of a person named Alysse who was there in support of a friend of hers in the band. She took a shine to the idea of tagging along with us, so in true style, we bumped her the few short blocks to the next venue and the evening’s main event; It tends to be a rare thing for me to meet a stranger whose company I enjoy, and from the first conversation to the last, she fit the bill. However she had no reservations about us, so clearly there was something wrong with her.

Drinks flowed, high fives were slapped and eventually, Gaythiest took the stage, blowing the final ear drum out of the four of us; If you by chance haven’t had the pleasure of seeing this band, might I once again recommend you do so? They have increasingly become one of my favorites for a number of reasons, not the least of which is their latest video;

No, but for real. I love these guys.

Anyhoo- with the final skull shattering note hanging on the air, Cheever made his way home, and the three of us melted into the night for a bite to eat and a final drink.

Once again, Hurl and I found our way to sleep in the wee hours of the morning back at Cheever’s house, simultaneously checking our fuel gauges, wondering if we were going to be able to do it all over again for one more day.

Four hours later we were back at it, so please if you’d like a recap, just refer to the passage describing day one.

There was breakfast, bikes, maybe a nap but I doubt it, and the eventual refueling with more friends in preparation for just another evening’s worth of questionable decisions; 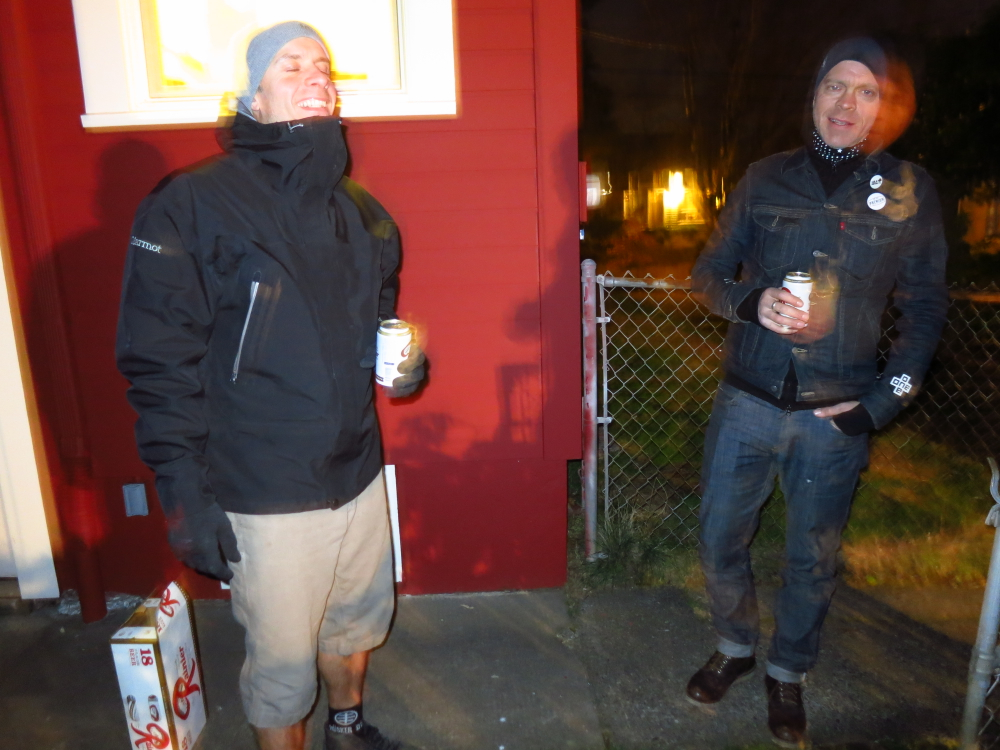 We arrived at the venue just as Captain Dave and his Ultra Goat act took the stage. As I was shooting photos, it dawned on me that Between Dave and Guitarist Jose, two thirds of the band is comprised of cyclists, yet they sing nary a line, or play even a single note relating to bikes, and to my sensibilities, that is just fine. Certainly I appreciate the idea of folks who are passionate about the bicycle world, but don’t necessarily let that completely define who they are or any creative endeavors in which they engage aside from it.

So with the volume knobs to eleven, they proceeded; 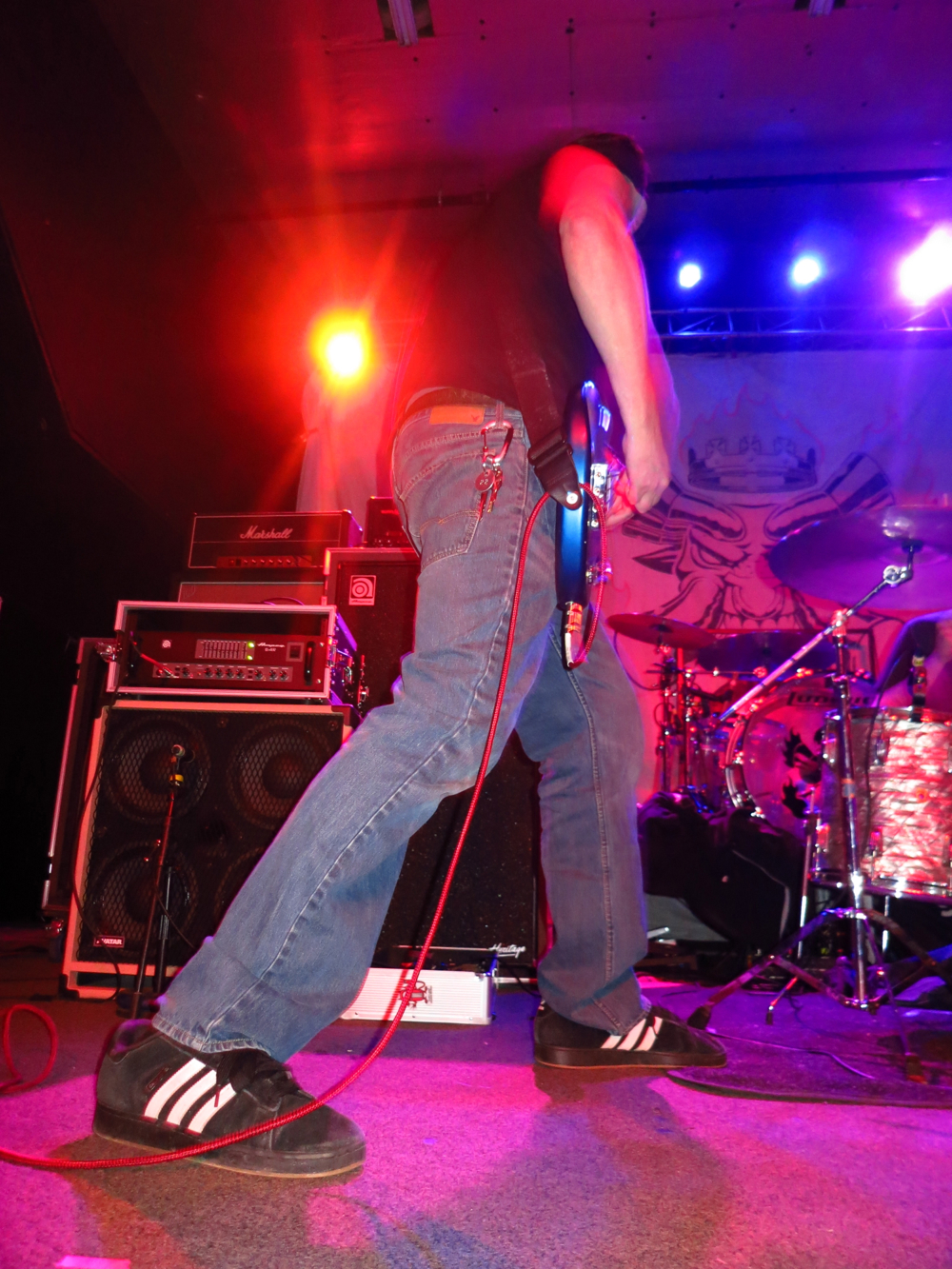 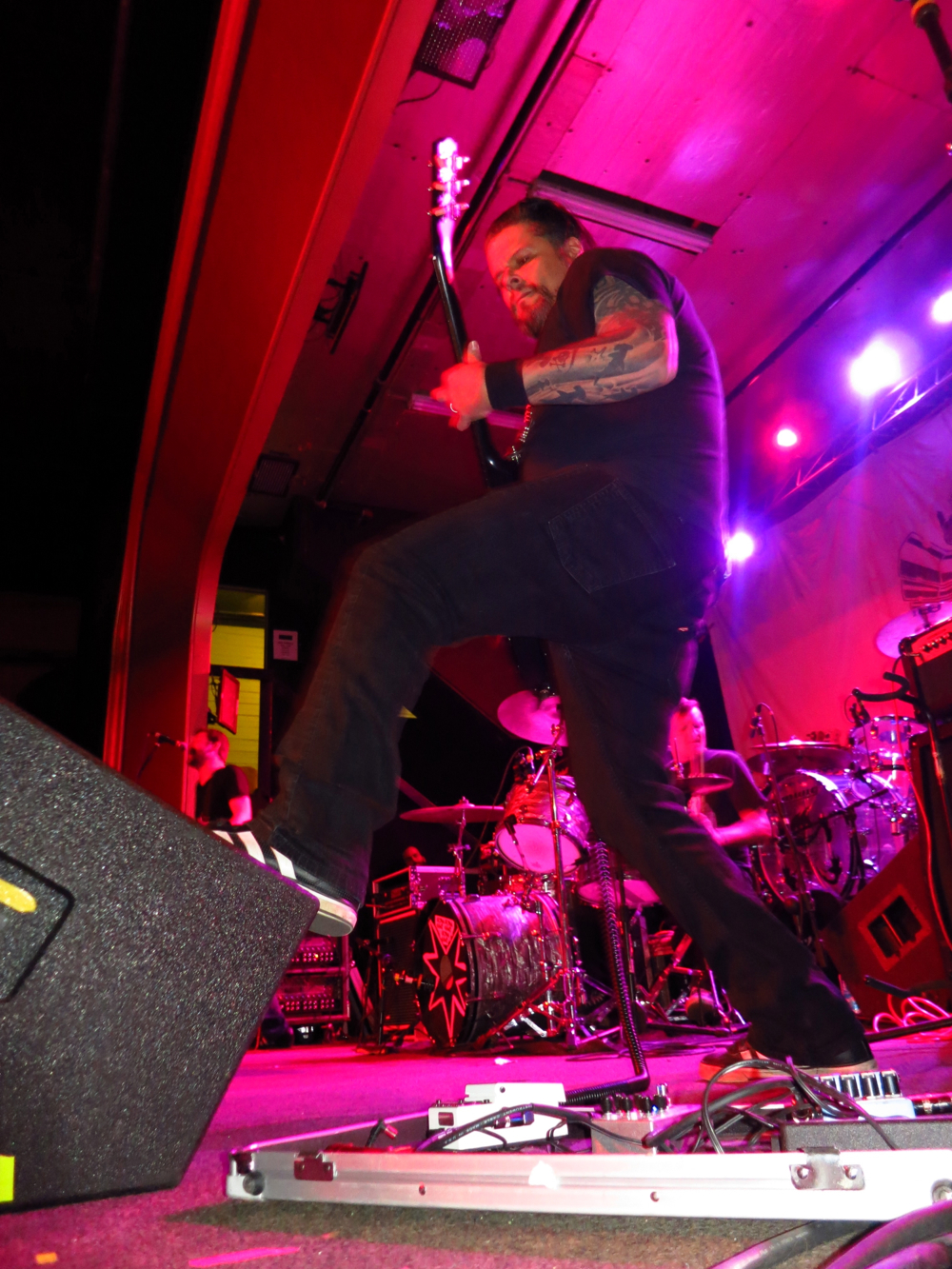 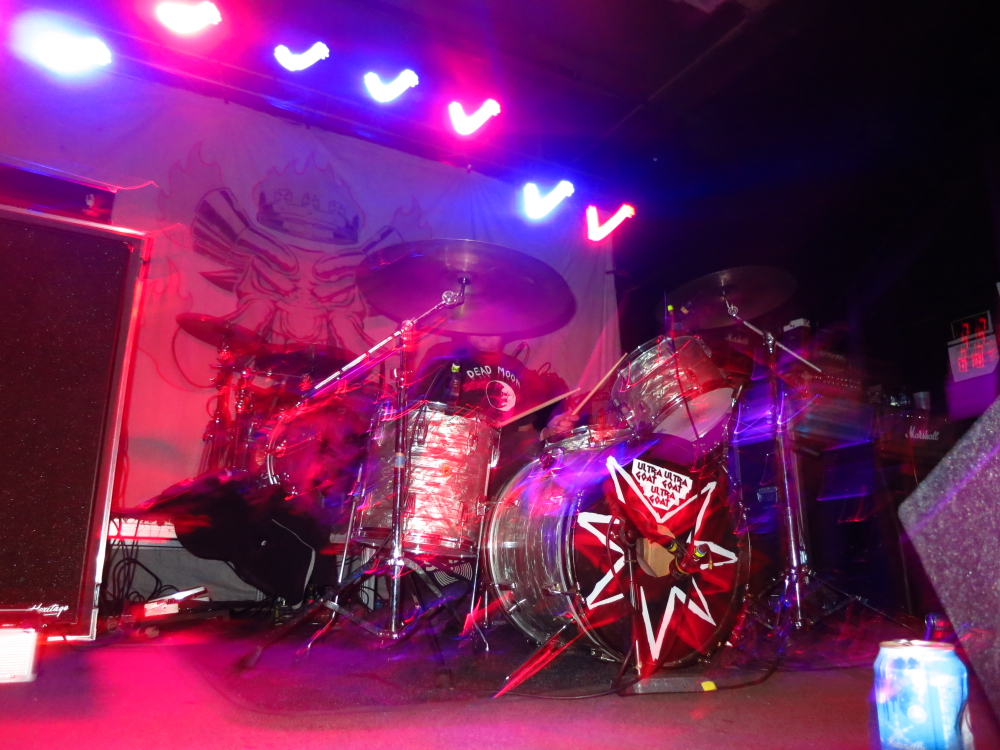 With a solid six hours of sleep between two days, it was about then that the night started slipping off the rails. Some band from Oklahoma played after Ultra Goat whose singer poured gallons of water over his head, and one of the guitarists wore a leather vest with no shirt on underneath. As I don my rock critic chapeau, I’ll note that they played a fusion of Hollywood glam rock, Pantera, and Meatloaf, none of which impressed me at all.

Finally, the newest incarnation of Monster Magnet took the stage, and all eyes were forward; 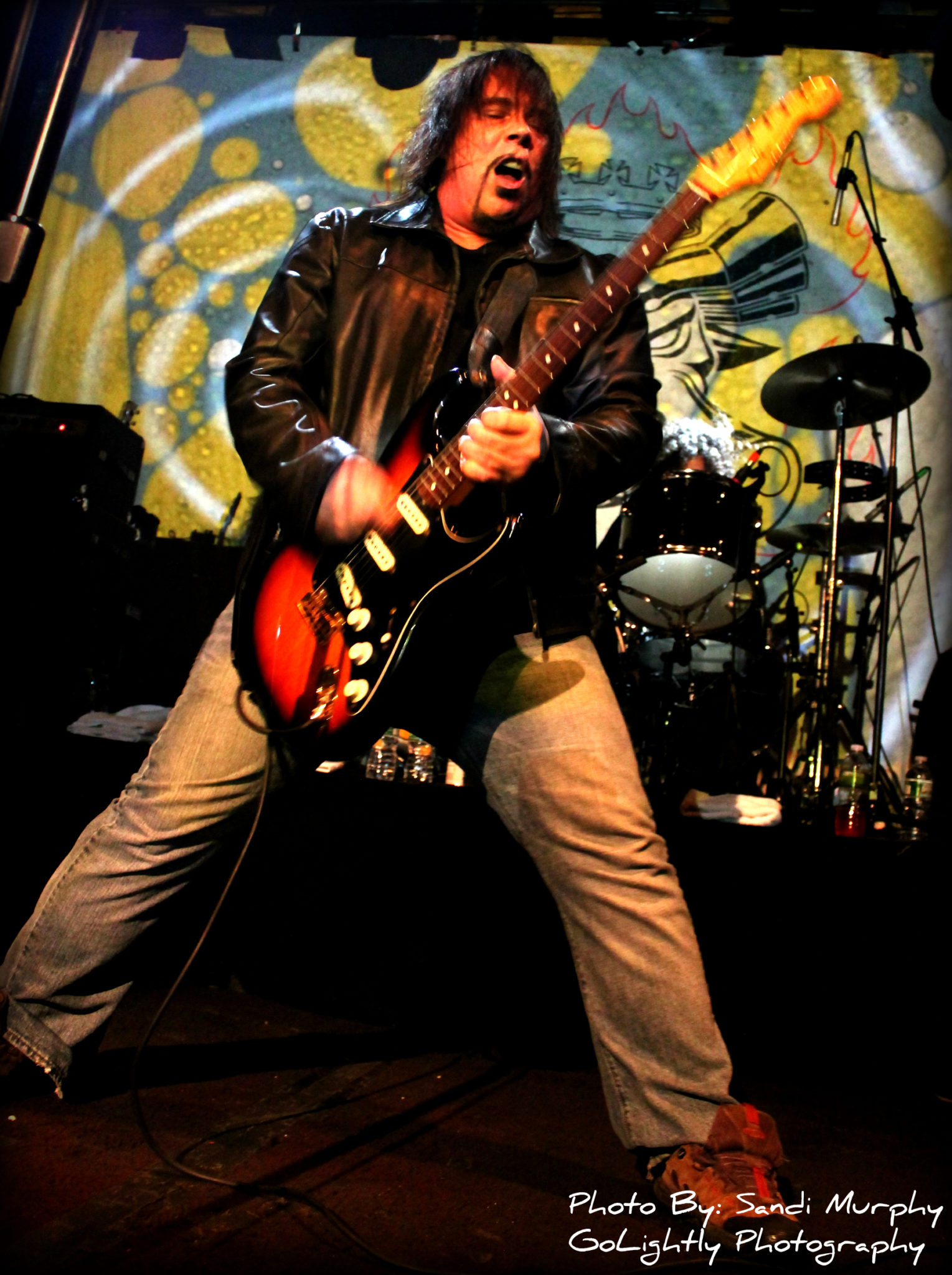 Photo courtesy of Sandi Murphy/GoLightly Photography.
Naturally, they were amazing, but beyond their performance, something even more spectacular took place. Now, you’ll have to take me at my word on this, but Cheever, Hurl and I all simultaneously began engaging in sleep deprived time travel. At one point, Cheever walked by and I noticed that he’d dropped his hat. Just after bending over to pick it up, in the blink of an eye, I was on the other side of the room, the hat no longer in my possession.

Concerned, I began discussing the curiosity with Hurl when he noted that Cheever’s hat was actually on my head.

And so the night progressed- Each of us slipping into our own individual wormholes, and miraculously finding ourselves standing various distances from where we just were. It could have been a profound lack of sleep, and an abundance of alcohol that coined the term ‘sleep rocking’, or we could have actually discovered ripples in the space/time continuum right there in the Hawthorne Theatre.

So Portland- Damn you, but you did it to me again. I had the highest highs and the fuzziest of lows while enveloped in your loving embrace. I ate fried okra, and enjoyed unseasonably warm weather. I rode bikes with friends, and saw a ton of great music. And as I noted, experienced my own private anomaly. Say what you will about our unsolved mysteries, but one thing is for certain, and that is while in the confines of those previously mentioned worm holes, I seem to have been offered up an awful lot of soup and fog.

7 Responses to “The fog is thick.”