Certainly, as we all are still fresh with the glow of Thanksgiving (with the exception of those godless heathens living outside of our boarders in Canada, or worse yet, Florida), our minds can’t help but wander towards the Christmas holiday and all of the potential goodies that St. Nick might bring us. Of course hand crafted axes are one item that no self respecting woods person should be without, but have you ever used an axe to remedy a turlette clogged with an artisanally crafted turd before? Well sirs and ma’ams, in that scenario, let me tell you that things escalate pretty quickly. Luckily Best Made’s Sonny has found its Cher with Re Made;

I would like to offer a tip of the hat to Case from Maximo Supremo residents Rubena Rubber Goods for sharing that with me, thereby extending my christmas (small’c’) list just one item longer.

And speaking of which, Sally from the Raleigh Bikes division of Raleigh Bikes got in touch with a bit of news that at this point may or may not be past its expiration date;

“SSCXWC is next weekend. We’ve made a new frameset for them to help them put on the event (100% of the proceeds from the sale of the frames go directly to putting on the event). They wanted Steel and Disc. I got distracted with my recent purchase of The Fall Guy: he Complete Season 1 dvd… and we weren’t able to come up with a new dedicated drop out. So we used our LandLord frameset and made it better… Reynolds tubes, new geometry, and a more svelter dropout that we took from the Tamland. 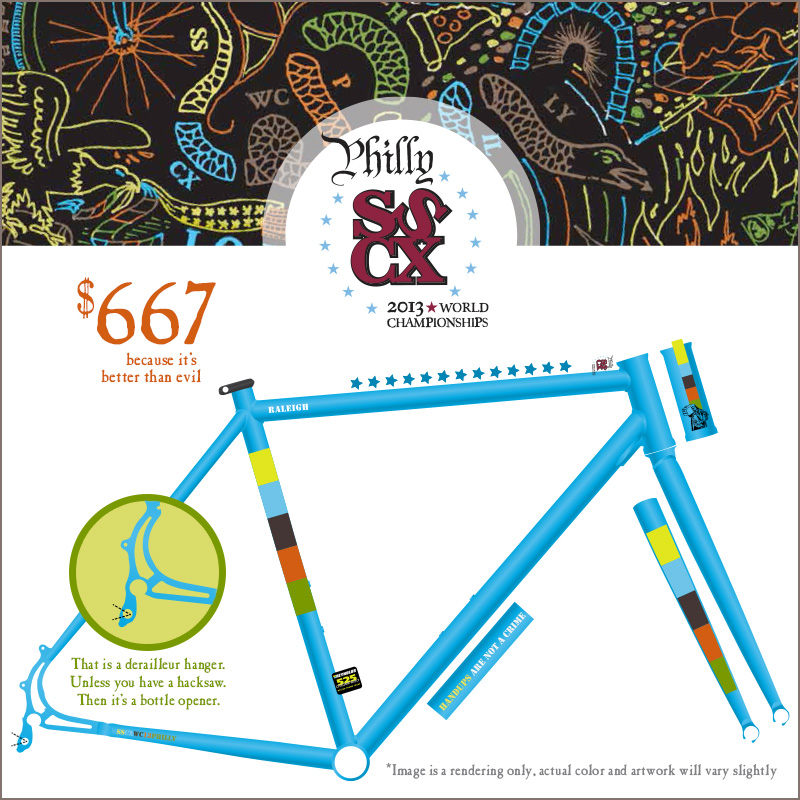 I figure this way people have the freedom of choice. They can put a derailleur on there if they want and choose to Zip Tie. They can take a hack saw and follow the cut guides and choose to turn the hanger into a bottle opener. They can send me a FartChat and choose to ignore all of this…it all up to them.
Me. I’ve been stretching my Heckle Muscles real good and my liver has been getting a weekly massage. I’m packing my suitcase with singles, glitter and not leaving any room for my dignity or shame. Zero fucks will be given next weekend. It’s what Ben Franklin would want.”

The anonymitos over on the Bike Rumor comment thread were none too pleased by this bike, but that’s understandable given the fact that they all most likely are working furiously within their own corners of the bike industry, luckily finding time to criticize the efforts of others.

Personally, I’ve long been a fan of what the Raleigh Bikes division of Raleigh Bikes has done in terms of manufacturing, marketing and most importantly, putting their money where their mouths are. From their involvement with the SSCXWC to working with Macaframa, it shows that they have at least a little concern for what the outsiders are doing, and being one of said outsiders, I couldn’t be more pleased to be in their embrace.
And as long as we’re discussing those to whom I sing for supper, Philip sent a heads up about some goings on at The Upright Cyclist;

Hoping you could squeeze in another post on an additional new product we just launched.

Our Brighton Fishtail. It’s available now for presale with delivery to consumers in early December. 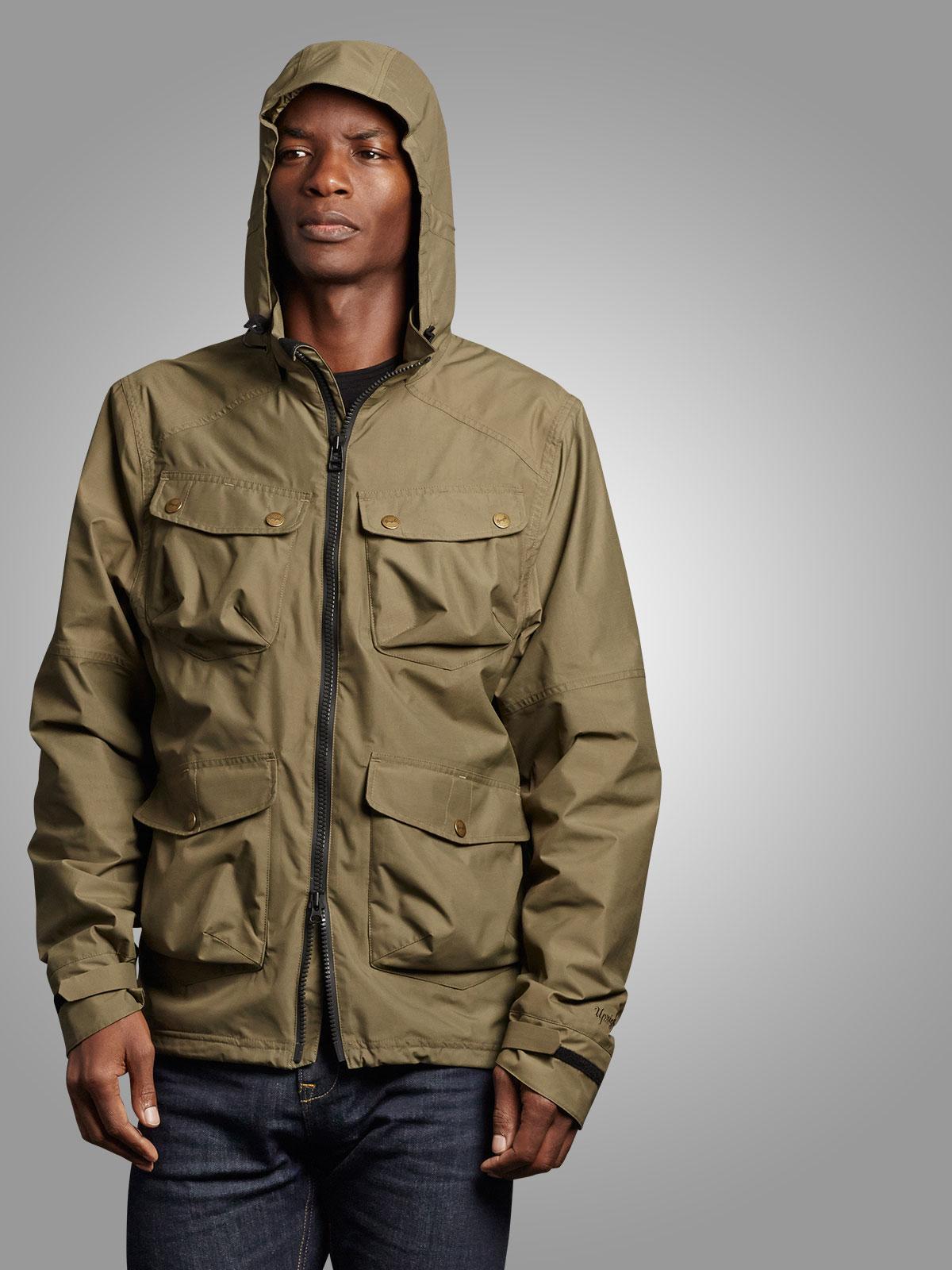 I’m happy to lend some traction, but I can’t help shake the feeling that none of the AHTBM readership are handsome enough to do the Upright Cyclist’s wares justice.

Or perhaps that’s just me.

Back at some point before I tried to kill myself in Minneapolis West, Shawn came through with a clip I’ve seen making the rounds in recent days;

“I know you’re all about ruining cycling for women, but a few kick ass American women made this lil film about some kick ass Afghan women, and I thought you might be able to give it a little love.

Just so we’re clear, it was cyclocross I ruined for everybody. Women I just tried to not even allow into cycling to begin with.

But both of these are qualities of the old me. Cyclocross ruined itself without so much of a lifted finger on my part, and if I had even a twinge of inspiration to continue doing so, that video is proof positive that my white flag of defeat in keeping women out of cycling has long been raised.

From other corners of the two wheeled world, Cranpa from FBM came through with a proper version of the video featured on a simi-recent ‘One For The Weekend’, which nobody pays attention anyway, so I’ll post it again here;

I do loves me some RPG, and though I believe I’ve said it before, it bares repeating. Of all the versions of ‘Suffragette City’, theirs (which I believe can be found here) is one for the ages.

Why these hessians aren’t playing Superbowl half time shows is a thing of wonder, and truly one of life’s greatest mysteries.

Finally in closing, I’ll share with y’all an email from Andy of Trash Bags fame;

I know you know that Portland East’s winters are fucking cold sometimes. Thus, I give you the Trash Bags winter gear video:

Plus, it’s got the one and only SK in it.

please post it up if you find it worthy.

In response I told him that before I even hit play, I knew it was going to be worthy.

SK is a good human being, a total pain in the ass, and the only one like him I’ve ever met. A proper metaphor for him would be that he’s a fly, proudly immersed in life’s ointment, or if you will, a golden turd stuck in the status quo’s pipes.

One that would be worthy of an artisanally crafted plunger.

5 Responses to “Back at it with artisanal axes and plungers to grind.”