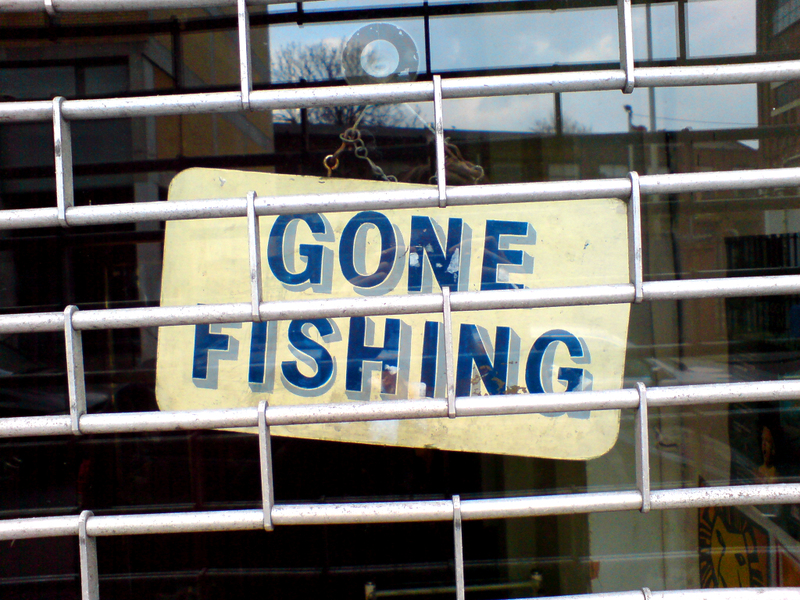 Technically that’s not true, but I am, for the first time in at least two decades, taking a short break from all aspects of my existence. There will be no phone, or internet, or bills, or daily responsibilities. All I need to worry about is changing my socks and eating three squares a day; 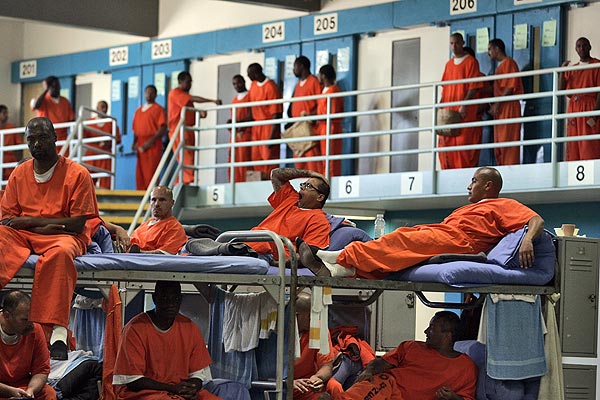 I will be back good as new (mostly rehabilitated) on Monday the 27th.

The only thing I ask is that you not forget about me in my absence, and I thank you for your time and consideration on this matter.

With that said, let’s get on with this, the first post of the rest of our lives.

Firstly, as we are all well aware- that big throwdown in Boulder called the Cyclocross Nationals happened this past weekend and there was a lot of talk about it both between people face to face, and between people sitting in some proximity to their naked lady boxes. One occurrence I found of particular interest was one Mo Bruno Roy winning the women’s one speed race; 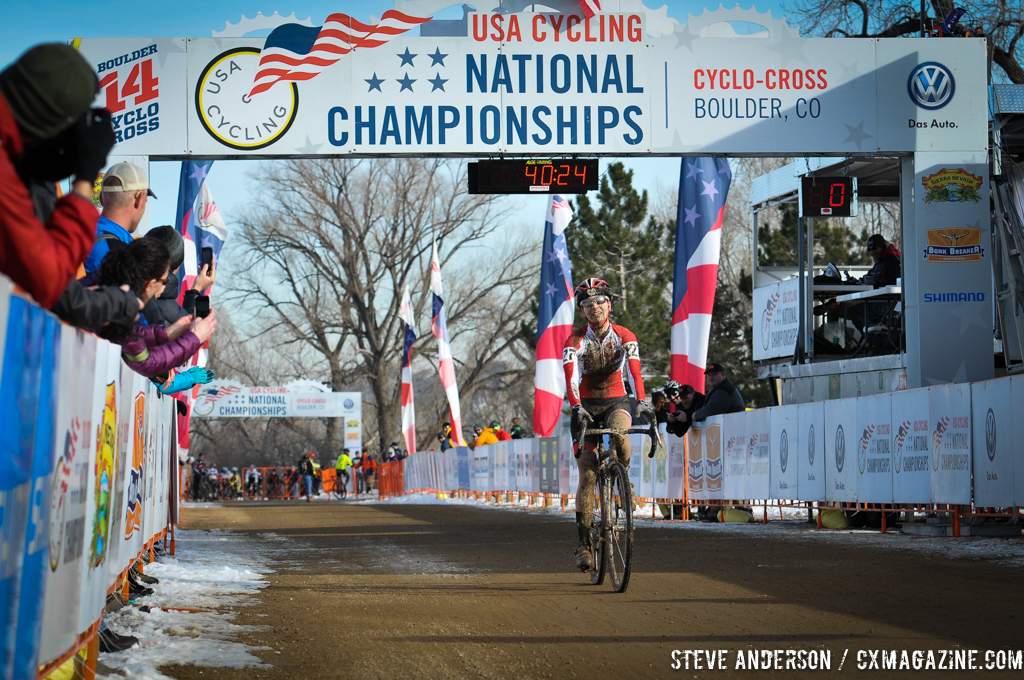 Photo Steve Anderson.
My interest in this was two fold. One, because I think Mo is a pretty great person, (despite the fact that I remain unimpressed with the above depicted victory salute. I would have preferred something along these lines), having just been personally acquainted with her for the last year, and two, because I think one speeds are a pretty great thing, having only been personally acquainted with them for the past seventeen.

I’m also fond of her perspective on things, which she touched on in an email relating to a query I made about this Tweet; 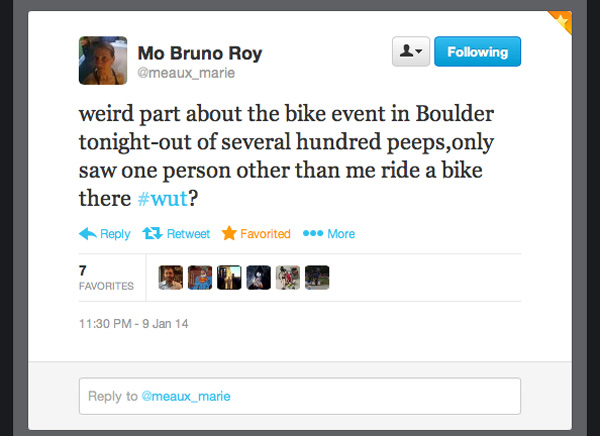 “The event itself was a SRAM “meet the pros” at Boulder Cycle Sport and a silent auction for the Amy D Foundation; 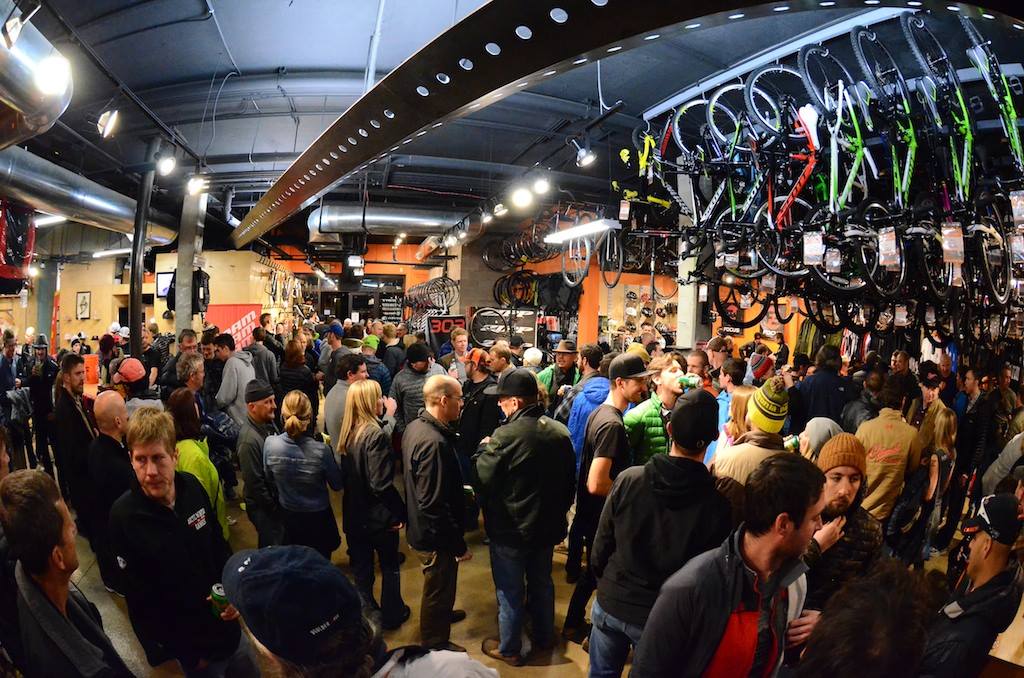 I spent most of my time at the auction trying not to cry and hanging out with an awesome artist who makes these, and then being a nerd in the corner.

Tons of really nice people there (literally hundreds), tho Boulder needs to get more weird and start riding bikes as a vehicle. I barely see bikes in the racks at markets here or events. Seems like the racks at the schools are always full tho so maybe the next gen will have it dialed!”

This is a thing that’s long perplexed me. I remember when Brian Vernor’s film ‘Pure Sweet Hell’ premiered in Santa Cruz (which if you haven’t seen, you should);

The iconic Rio Theatre was beyond sold out. It was standing room only, and I was one of maybe five people who rode their bikes there.

The older I get, the bigger the part of my brain that’s easily irritated by things gets.

It’s the grumpy old man syndrome, which can probably be alleviated with hormone therapy, but this phenomenon is a thing that has always and will always irk me to no end.

And the really crazy part is that seemingly nobody recognizes the irony.

Anyhoo- I’d like to offer a hearty congratulations to Mo on her victory, and a thanks to her for being one of two people who rode their bike to the bike event.

To those who did not, I shrug and shake my bowed head in your general direction.

And speaking of cyclocrossing, dig this photo that was pulled from the archives of Nationals when it was held in Berkeley’s Tilden Park in 1975; 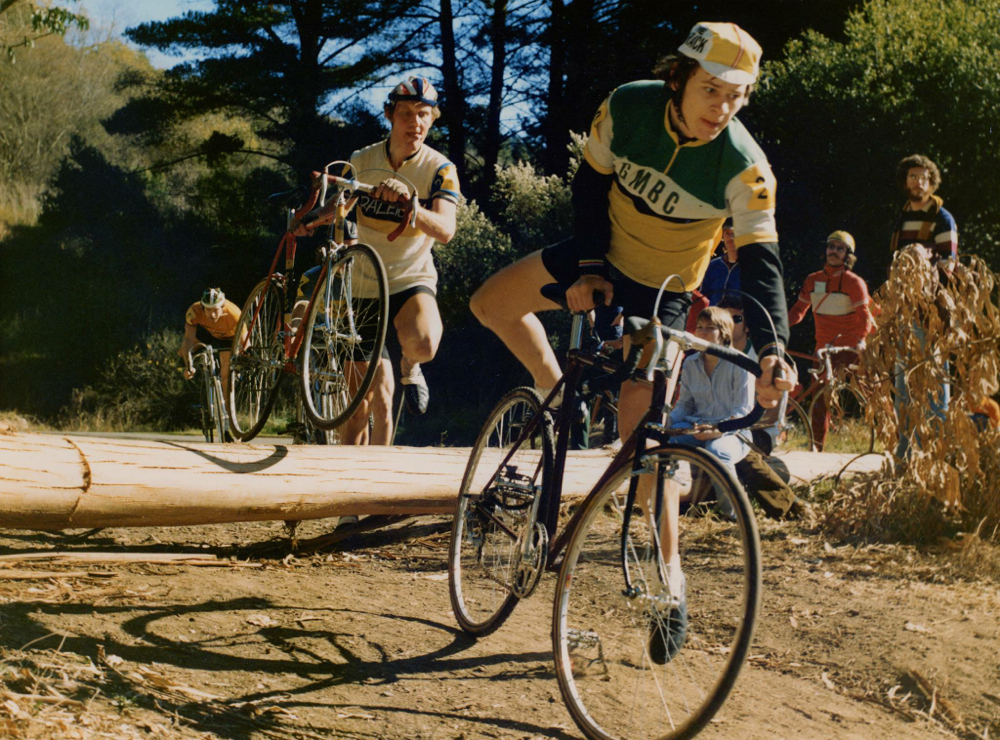 As Chuck Schultz illustrates, back then saddle grab remounts were a popular thing, as were tiny shorts and wearing your cap on the outside of your hairnet.

And speaking of which;

I went on a big old off road/on road ride with Cody a few years ago, and though it clearly doesn’t need to be said, the guy is a monster.

And he has really nice hair.

Alas, he didn’t beat Yannick Eckmann for the U-23 win (*my bad. It was Logan Owen, but if you wanted actual news, you’d go to an actual news source), nor did anyone beat Katie Compton for her eleven billionteenth National title.

Congratulations to the whole gaggle of riders, and I can only hope that the crowd behaved themselves.

Golf Clap would prefer it that way.

Or send a cake with a file in it.