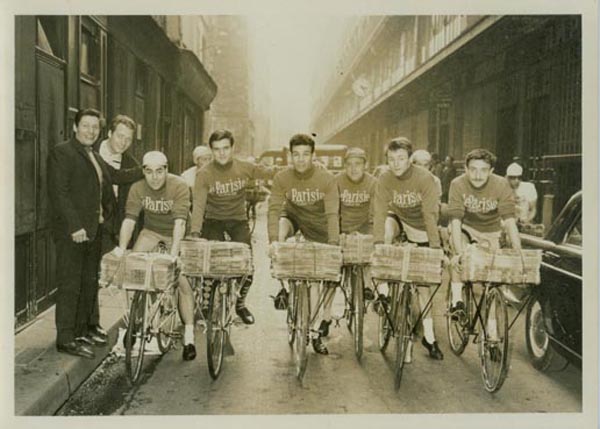 And generally delivered by bicycle, sorta.

That last line is a bit of a lie, as at the time of this writing, I’m not aboard a bicycle anywhere but in my mind, but I’ll take what I can get.

First things first, is an email from Cranpa of Fat Bald Men Incorporated;

I am really stoked on this new video for the Hard Way (a new frame), I figured you might be into as well as it shows a sequence of the bike getting built at FBM’s machine shop, and ridden some genuine lunatics, going apeshit!

Hope all is well buddy!

As happens with the release of every FBM clip, there comes a moment when my man-orbs crawl up into my stomach.

In that regard, this clip didn’t disappoint; 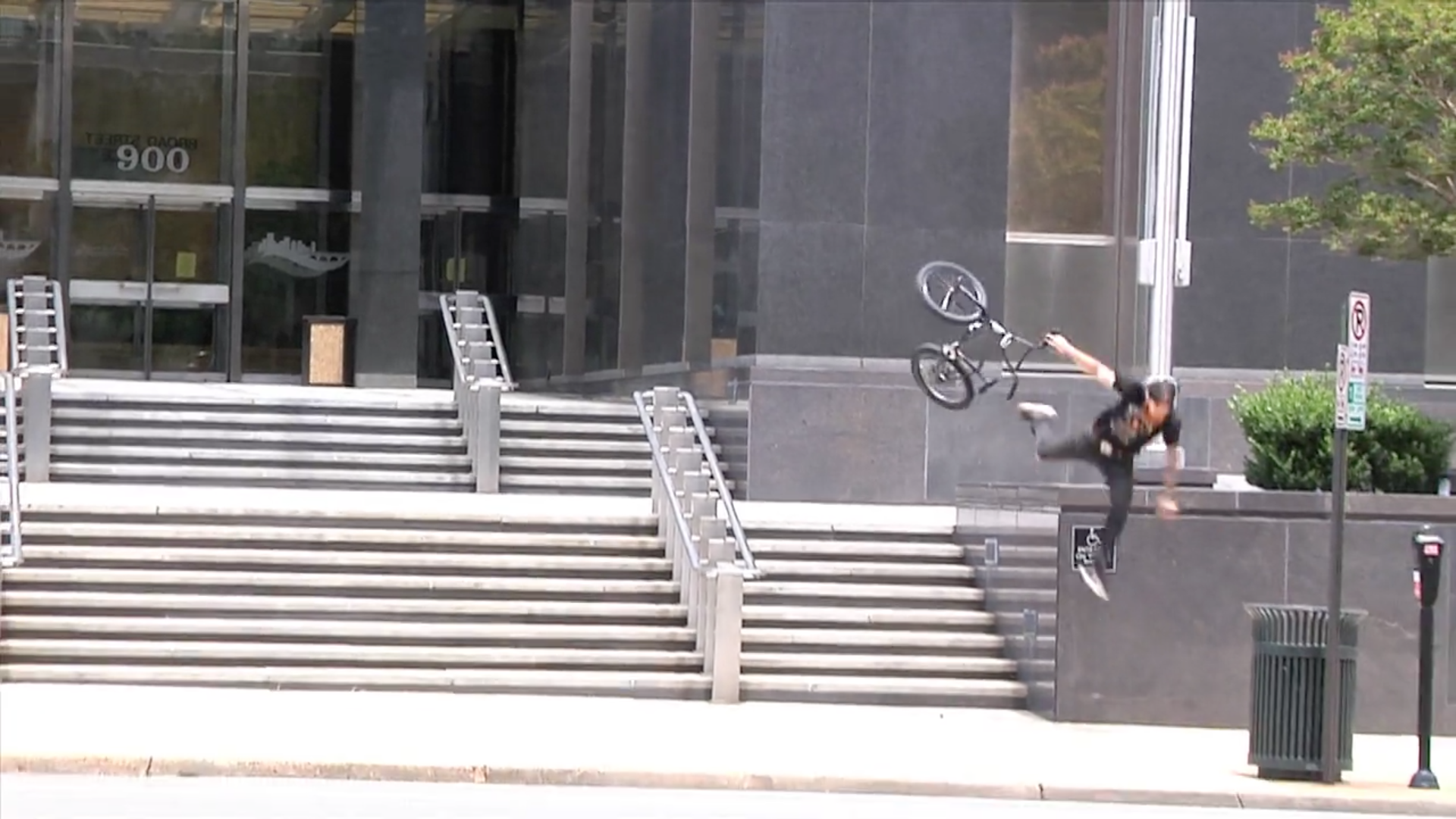 The kid in me smiles, and the old man in me grimaces and reaches for his pain killers.

Then from Paul at Atomic Cycles I got word that the newest edition of his Coaster Brake Challenge is set to go forth;

I have enclosed a flyer for the next CBC, if you would like to add it to your blog to spread the word that would be great! It would give you a few small pieces of filler if you need them at the least. 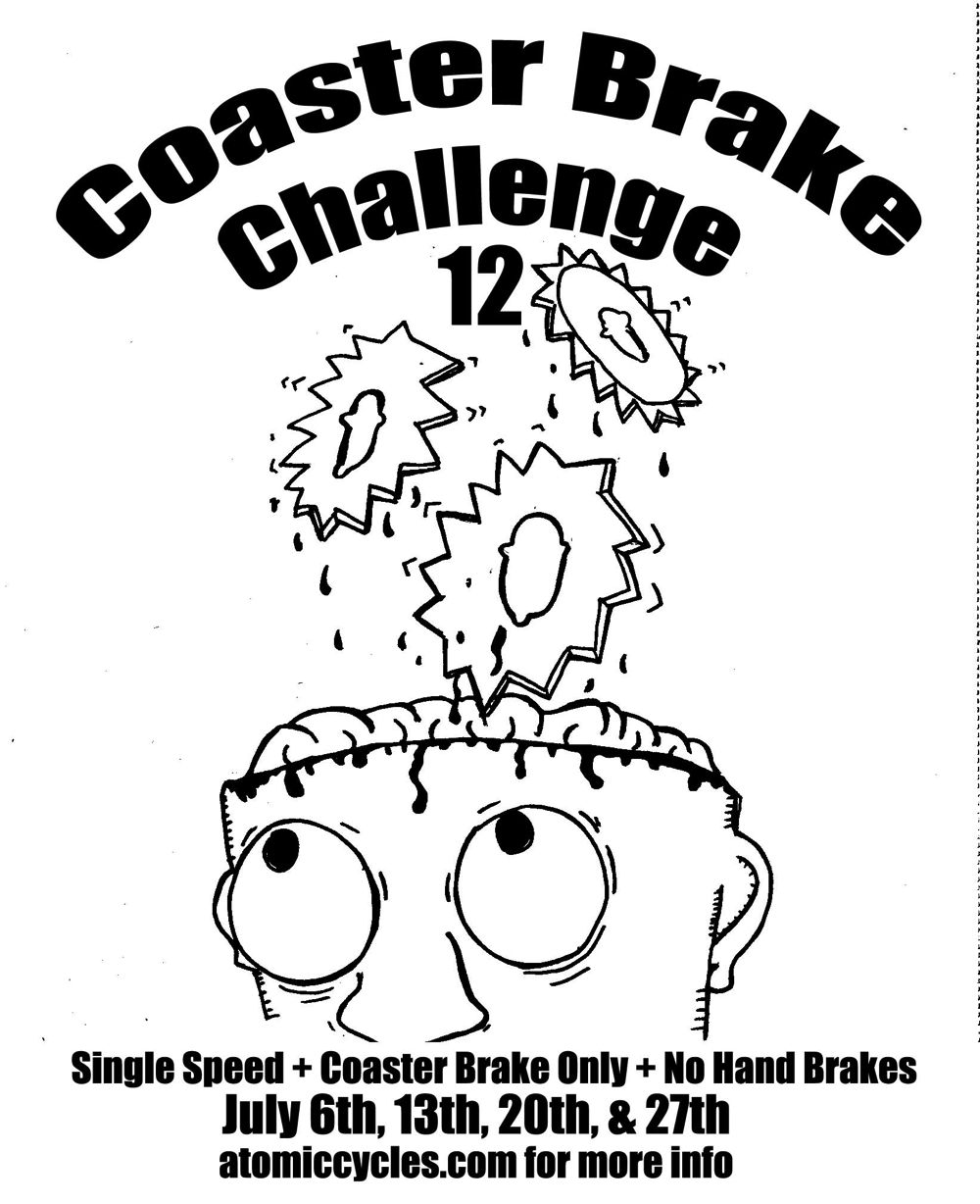 It’s an event at which anyone can be a winner. That is unless Carl Decker’s alter ego Lairy Yawman shows up; 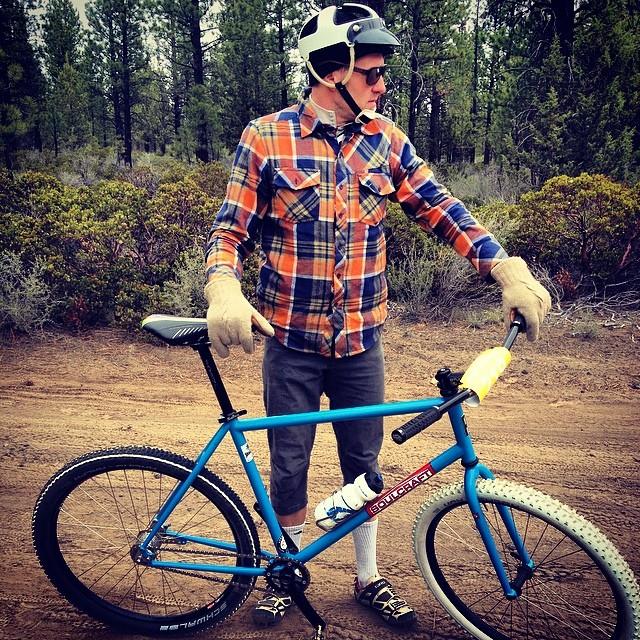 And speaking of fierce competition, not super long ago, but kinda, Patty Boombalatty got in touch with a photo op of the outcome of him engaging in just that;

I’d like to pretend it was my notgivingashit that got me on the podium, but in reality it was the horrible pileup going in to the last turn. But I’m nothing if not an opportunist, and an opportunity at a 24oz beer glass that says 1st loser is not something I would miss on purpose. 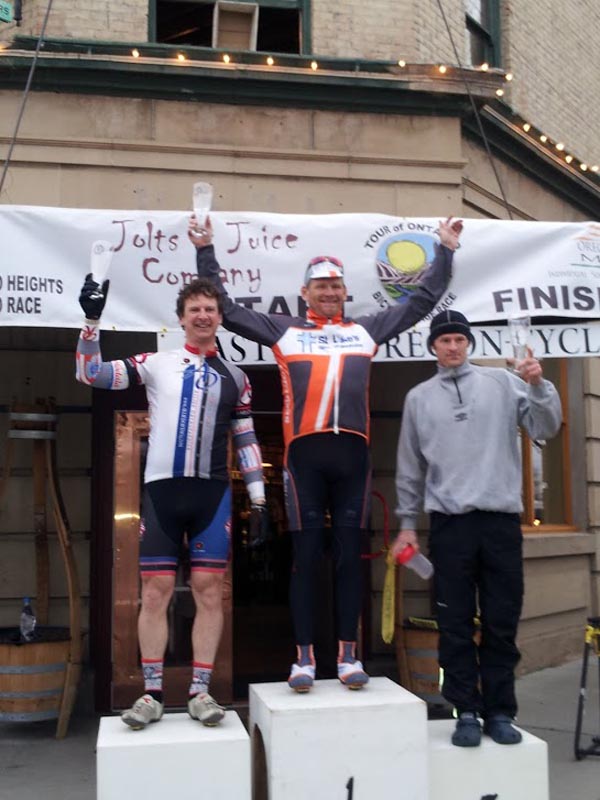 Luckily people like you have a sense of style so people like me can pretend we have one.
Keep up the good work!
P”

As you can plainly see, Patty’s got himself some of them Wizard Staff arm warmers which I have a couple of pairs left in the store, plus a pair of the Blackweiser socks which I do not.

Both items clearly assist in being four to five feet faster.

Especially when everyone crashes in front of you.

And speaking of wizard staffs, tomorrow is in fact the fourth (or fifth) annual celebration of said event; 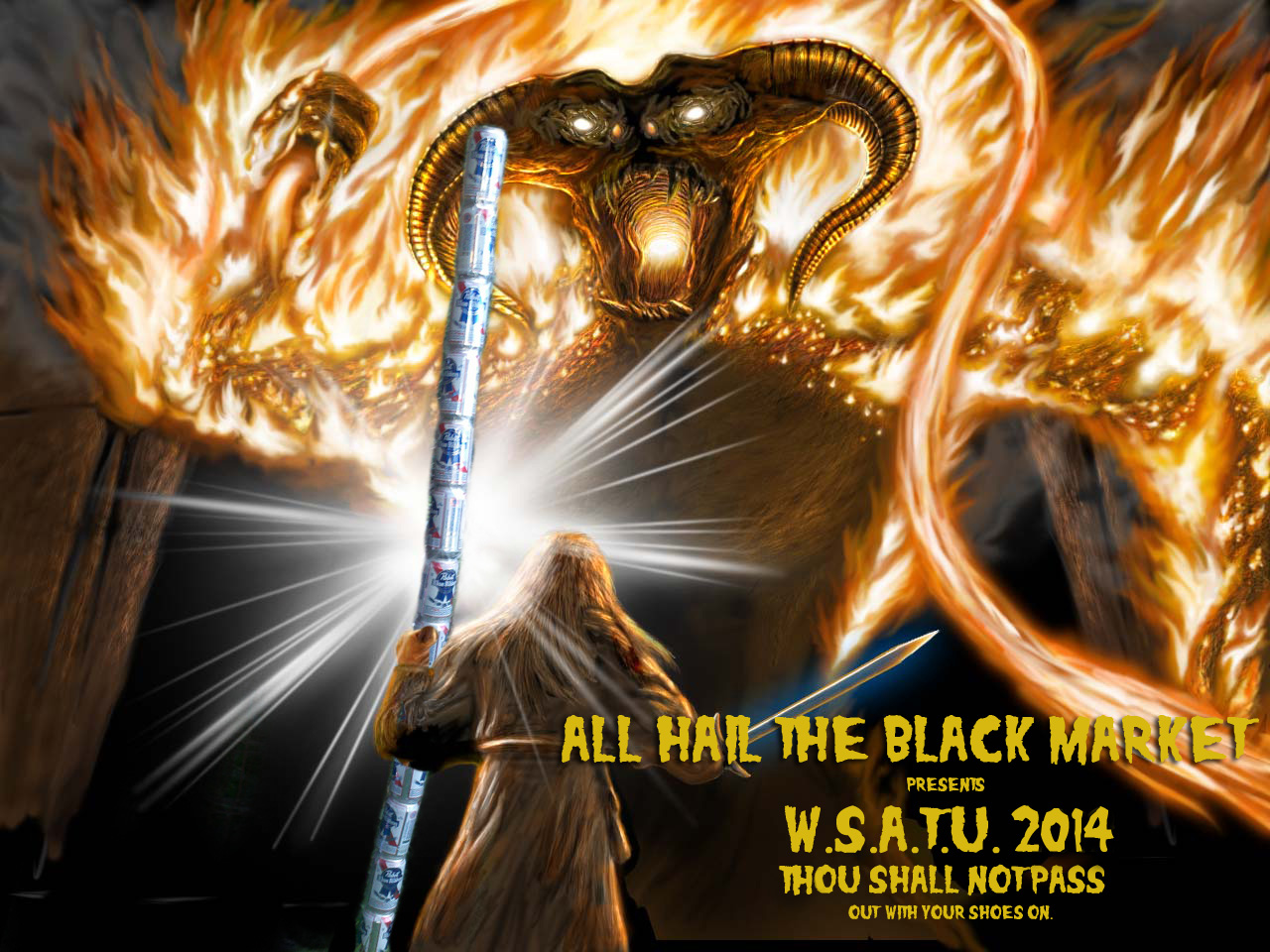 For those not in the know, it was four (or five) years ago when I decided this activity was in need in international recognition.

To date, the most wizardie of them all is one Shifter Dan, who on the first year not only drank canned beers, but included the canned mixed cocktails they have in his homeland of Australia as well; 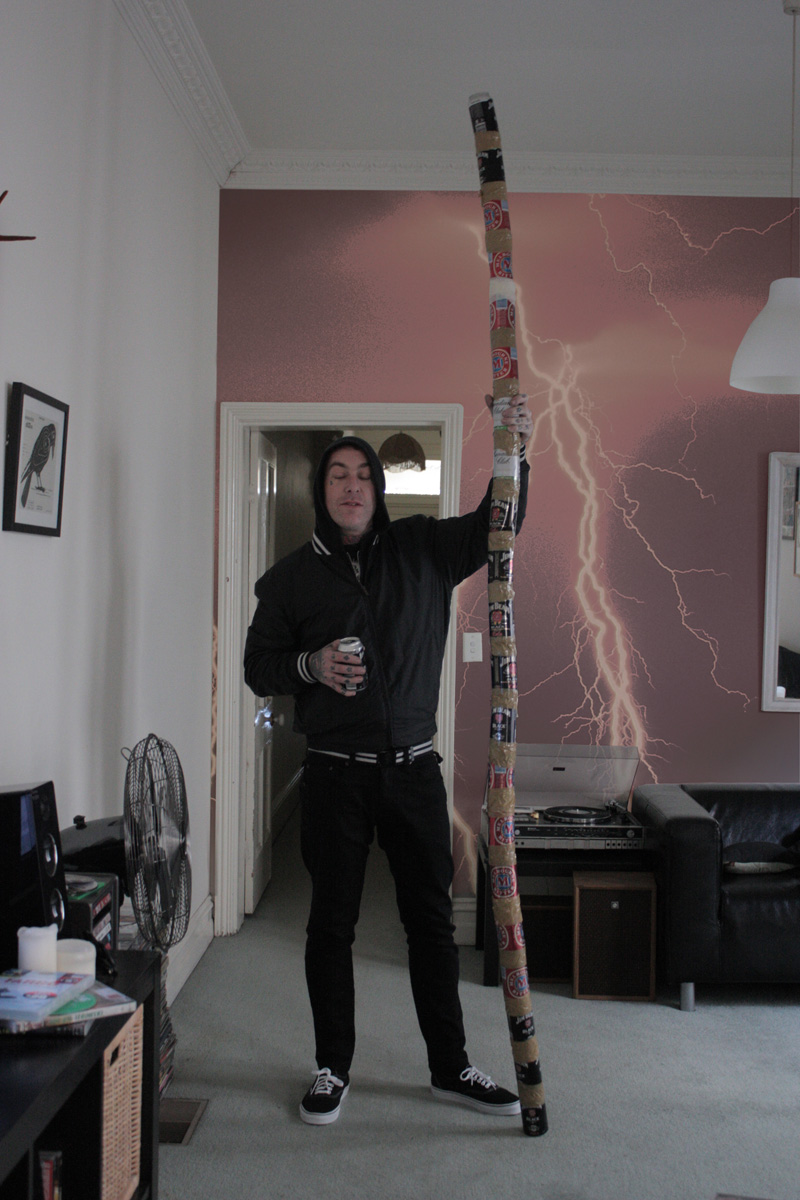 No matter what anyone does from this point forward, we’re all pretty much understudies to his greatness.

If by chance, the drinking of copious amounts of beer isn’t really up your alley and you’d rather find yourself on a trail doing some digging and some fixing, up there in Buxton Oregon, Maximo Supremo residents Portland Design Works is gonna be busy hosting themselves another trail day; 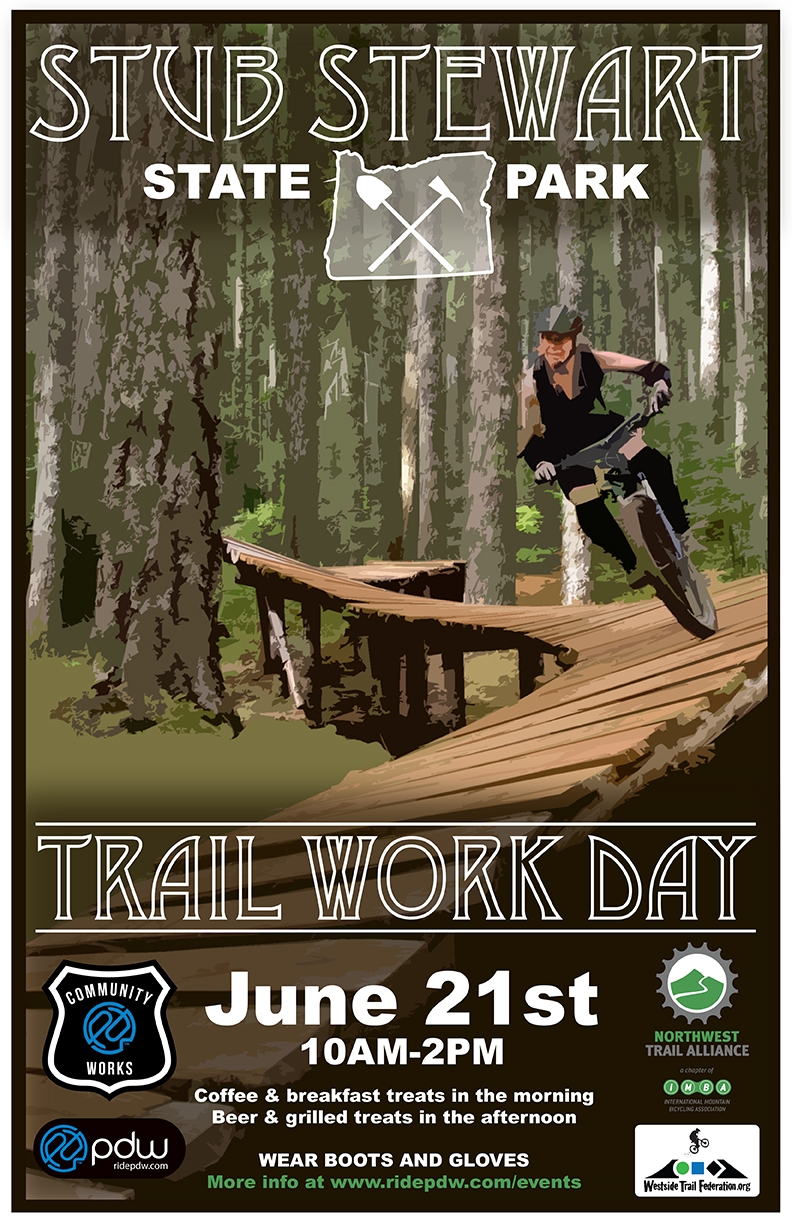 -I not only engage in trail days myself, as well as promote whatever trail maintenance days occur locally that I’m aware of, but I promote the national ones that come across my plate as well.

In response to his observation, I tend to give traction to all facets of life that I find interesting. On that day it was some kids promoting local music. On another day it might be an outlaw bike race, and on another it might be trail maintenance days.

And on even another it might be all three and then some.

Because I have A.D.D. and that’s how I choose to deal with it.

I thank both Davey, and you for your time and consideration on this matter.

Another thing that’s happening on Saturday is the FCC is closing comments regarding their Net Neutrality B.S.

If you haven’t taken a small moment out of your day to send the FCC an email about this I must first ask “why not?” and then say “please do“; 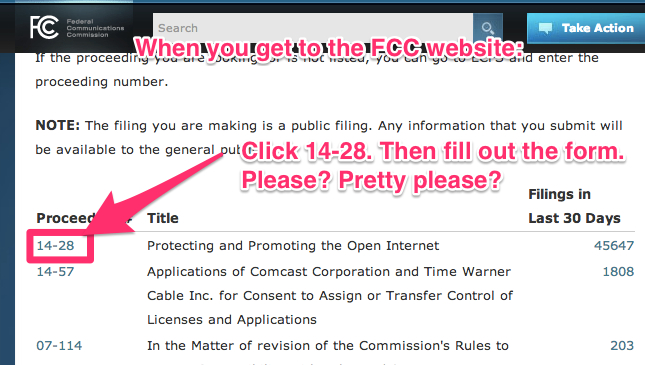 It’s with that, that I declare this post to be complete, and to announce that yet again, Monday the 23rd’s post will be found here on Wednesday the 25th.

And it will almost assuredly be delivered by, or at the very least, near a bicycle.

4 Responses to “All the news that’s fit to print.”