Hello and welcome back to another serving of the same but different.

First things first- I hope that today’s effort finds everyone with all of there fingers attached. For my part, it does, but really, as far as I go, the only ones I need are my index ones for typing, and my middle ones, for expressing myself.

Now then- Have you ever thought to yourself, “self- what I’d really like right now is to be able to ride my bike, but not give up on the gutter punk aesthetic which I so whole-heartedly embrace“? Lucky for you Will the Viking from Cleveland-land has you covered, with word of a brand new re-order of his ever popular 2014 Scum City bikecycle riding stretchy suit which he detailed in the following email;

Doing a kit re-order. You have till the end the week- (July 11th, I extended it). I’m attaching a couple sexy photos of Grimer and Justin; 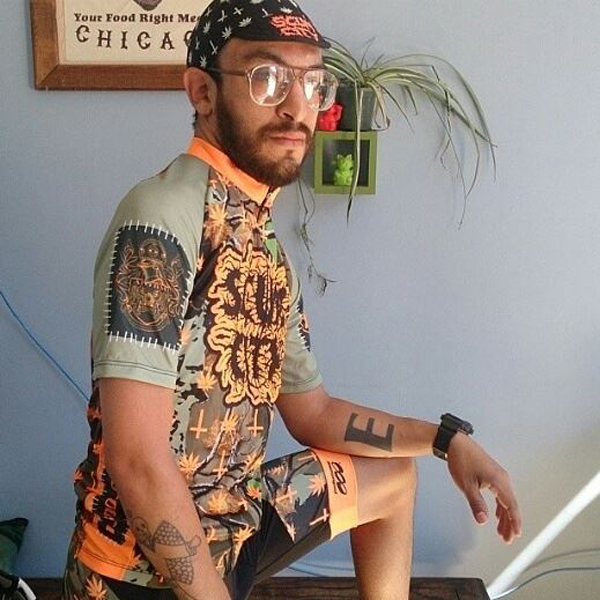 PayPal me money to:

Thanks,
Tiny Viking aka Wizardbongs”

As of posting time, there is no word whether or not the Hillside Strangler glasses shown in the second image come with said kit, or if that’s a thing you have to provide for yourself.

And even though Will has declared that one needs to wait patiently through the four week turnaround time, I suggest you email him every other day until they arrive just on general principal.

Then, relating to Monday’s post, Dave got in touch to clue us in on The International Intergalactic Global Open Mountain Bike Team Relay Championship of the Multi-Friggin-Verse.

For the attentive among us, you might recall a time many moons ago when I was organizing a similar weekly event in Santa Cruz, that looked something like the following; 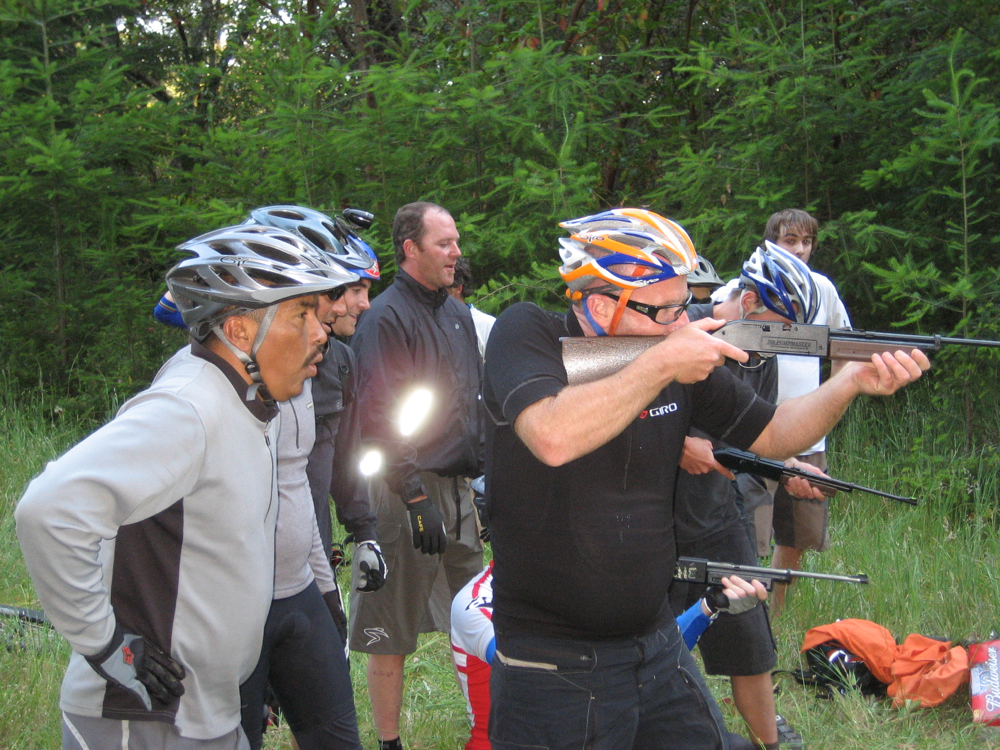 The race starts with a a group of individual shotgunnings beers, and then taking off on a Le Mans style start. Following that, the group completes a singletrack loop in a clockwise direction. Crossing back into the staging area, contestants pick up a pellet gun and shoot until they hit a can. At that point they tag their teamate who shotguns a beer and then takes off in the opposite direction, sending the new field into oncoming traffic. This cycle is repeated for a total of four laps. Various feats of strength could be substituted for those who chose not to imbibe including, but not exclusive to pushups, or a turn on the dizzy bat like so; In all of the many Wednesdays we did this, not a single eye was put out, though we did suffer at least one broken neck when KB’s front tire blew sending him head first into the dirt; Fortunately he wasn’t paralyzed, though it wasn’t by much, and we all lived to tell the tale.

And speaking of that tall drink of water, it was not so very long ago when he packed up his bags and traveled northward where he made his home in Portland. After doing some time wrenching at Velo Cult, he and his partner Jonathan hatched a plan to open a shop of their very own, which has been named Category Six Cycles; From the very first I heard of their efforts, I’ve tried repeatedly to get KB to send me some info, but like with anything I’ve ever attempted to get him to send me (I’m still working on a bike packing trip bit he first told me about taking in the 80s for about the last seven years), perfection takes time.

Anyway, they recently had a grand opening party for their space, which I learned all about via the internet; 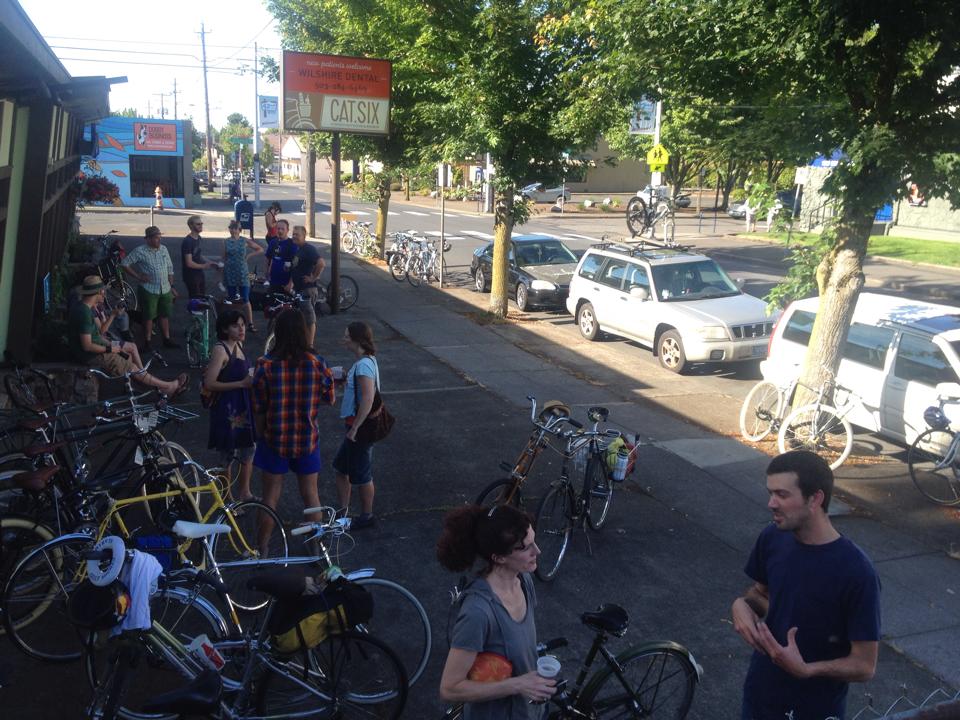 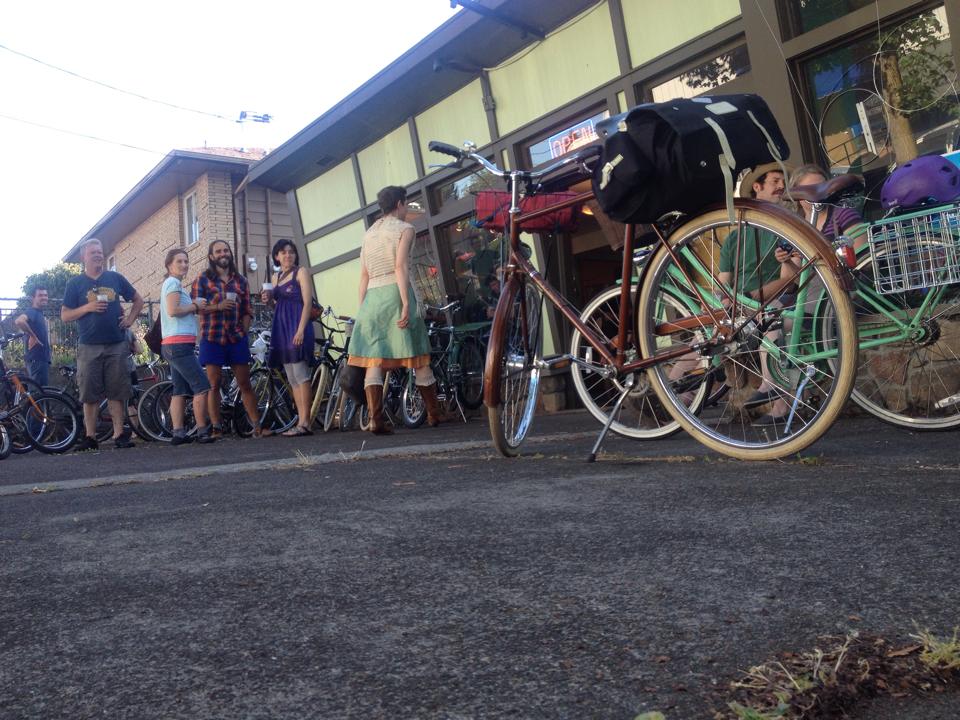 I don’t know Jonathan, but that KB is about as swell a human being as there is, so I’d imagine I can trust his taste in business partners.

Anyhow, if you happen to swing by their shop, stick your head in to say hello, or pick up a tube, or ask to listen to the Don Jonson CD;

Through the years that Kirk and I worked together, he played it so many times it almost became listenable.

I’m sure they’d be more than happy to offer up a high five and a smile.

It’s with that, that we all re-attach our gigantic novelty Micky™®© heads and resume with our ongoing study of silence.

4 Responses to “And then Monday happened.”