We’re gonna get right down to business.

Anybody who’s everybody who’s anybody knows that at one point I worked hard to keep women out of cycling.

However, in recent years I’ve raised the white flag of surrender, and acknowledged I just wasn’t strong enough for that particular fight.

It was a good thing I did too, because as I watched the latest clip from my homies at Kona Brand Bikecycles, I literally got goosebumps;

And if there’s one thing I love more than abandoning a pursuit, and now not only openly welcoming, but encouraging women to join in the fun, it’s getting goosebumps.

And speaking of those, I have a extraordinarily talented cousin who goes by the name of Will Johnson;

See, when we were very young, we agreed he’d be the one with all of the musical ability, and I would be the one to pursue art of a more visual sort.

But then at some point that scoundrel reneged on the deal and started excelling at that too.

True enough, you just can’t keep a good man down. But then I came across a notification that he and his lovely bride Jessie have teamed up to have a show in Austin, Texas at the end of the month; 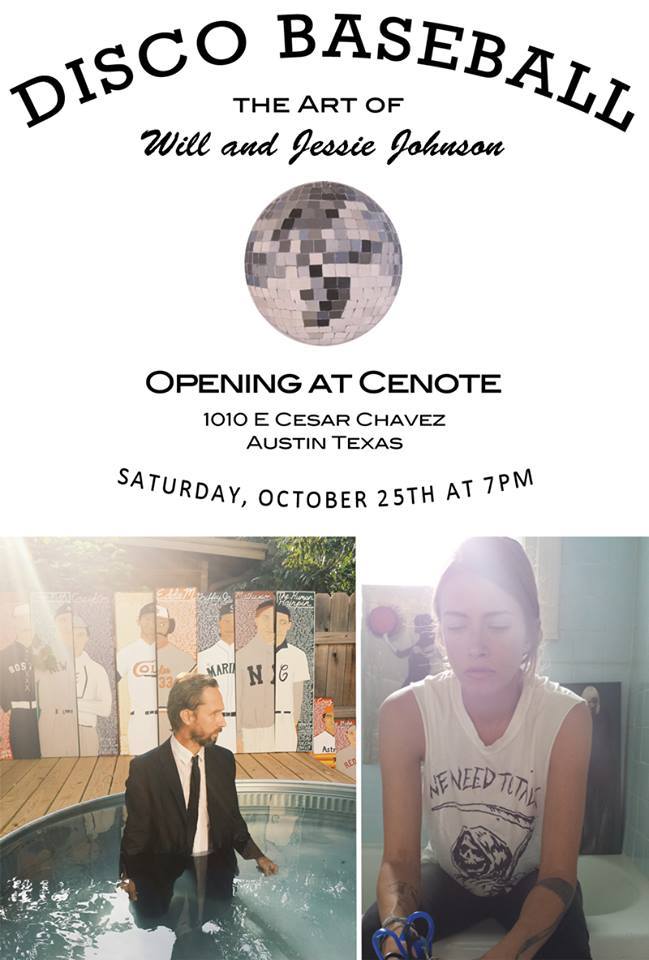 Certainly, if you happen to be lurking in Austin on the 25th, and you’re not already totally blown out on all of the Halloween candy you bought, and then ate prematurely, do yourself a favor and darken Cenote’s door for a bit of hang time with a couple of the damned sweetest people you’d ever want to meet.

And then sock Will in the shoulder for being so good at stuff.

Moving onto other topics regarding said ‘stuff’, Matt from The Great White North got in touch with information regarding some of his own;

Super proud to say that Winnipeg will be hosting the Canadian CX Nationals in a couple of weeks and we’d love to see a short ton of south o’ the border racers/screamers at The Forks. Could you please share?

Details are here and Winnipeg Cycle Chick has some here. 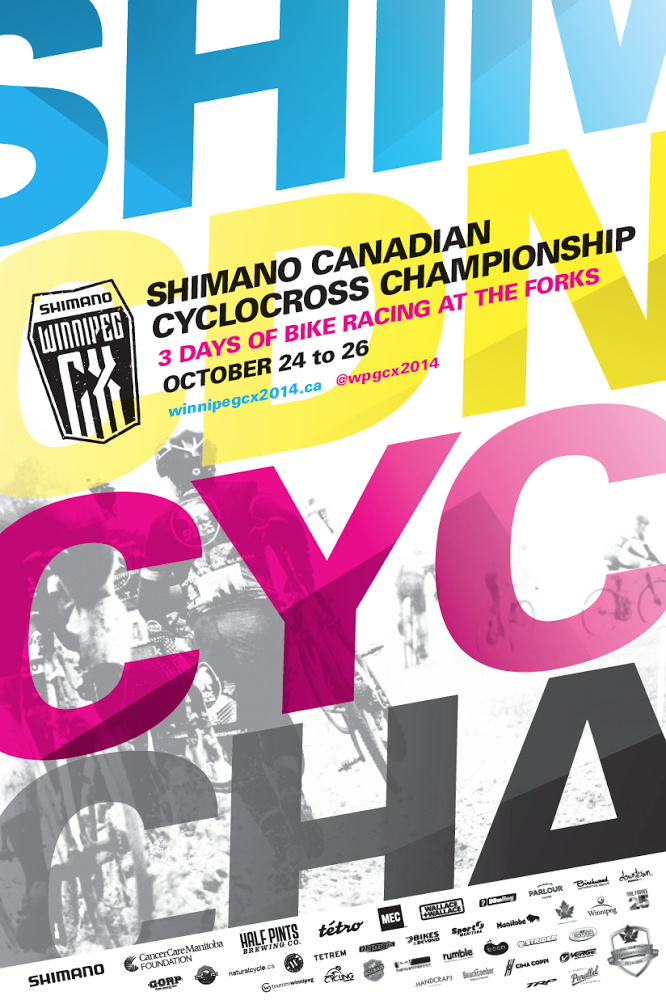 With every year that passes, it would seem Winnipeg has been increasingly turning their cyclocross knob ever closer to eleven.

Since it’s the season of cyclocrossingness, and the bits and pieces that make those particular bikes go, Marty came through with some information about his perspective on some;

you said on AHTBM that you were particularly fond of the new 40mm WTB Nano. You had only had a chance to ride it in dry desiccated California conditions though. Well, I took that to mean that you needed a tester up north. In conditions that were about the opposite of Californias. Welcome to Two Harbors, MN and the Heck of the North! 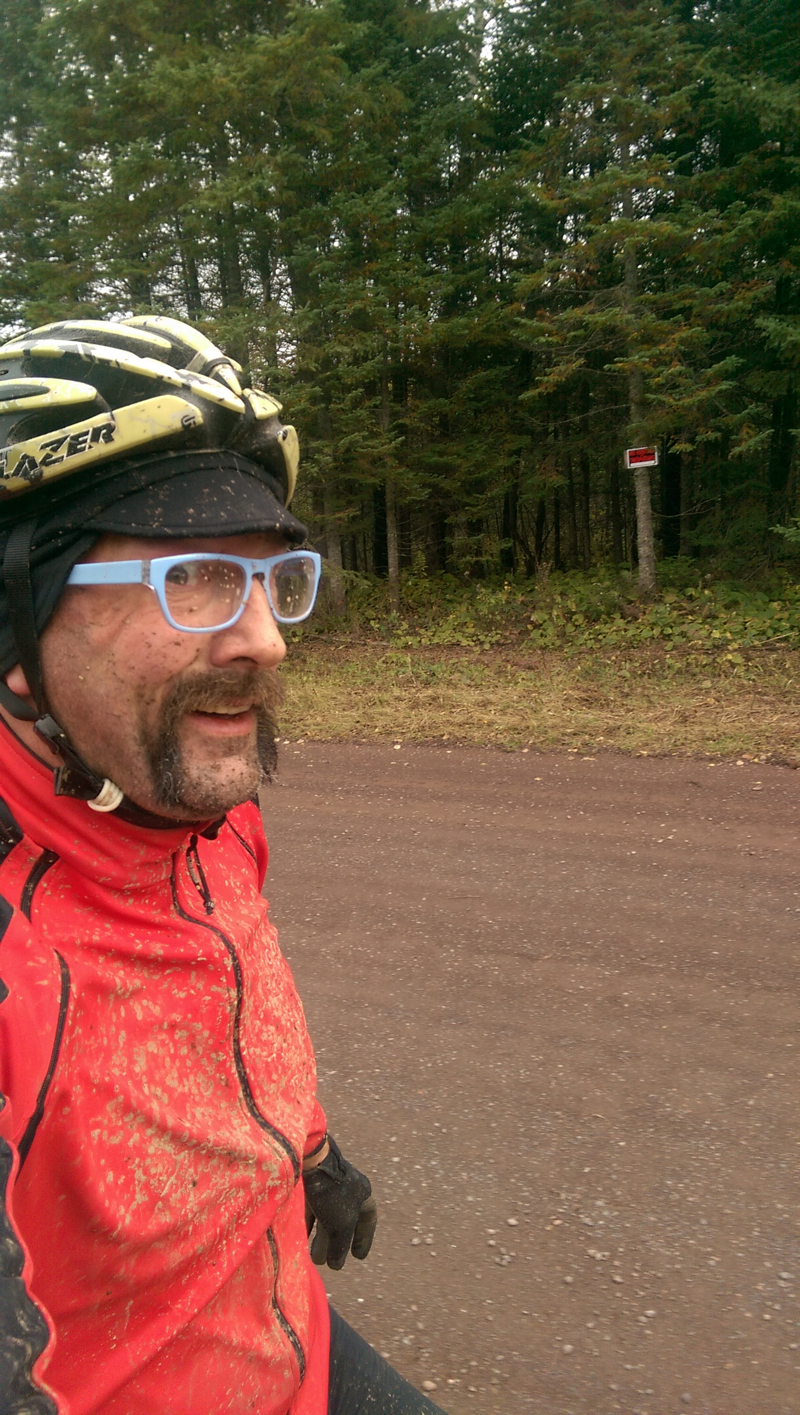 It was a 106 mile jaunt through Northern Minnesota’s finest autumnal debut. 38* and raining/snowing for the first thirty miles, preceded by two days of rain. Conditions were the opposite of dry; To say the tires performed admirably is an understatement. Can’t say I’ve been happier with a tire selection before in my cycling life.

Proof’s in the picture. Sure was Heck’ish. Just saying is all.

My post to which Marty is referring is this one, and I did indeed indicate that I would like further testing. That said, I’m glad in this particular case it was Marty, and not me, because when I get cold, I cry, and when I cry and it’s cold, my tears freeze, which sucks.

Moving on to other Minnesota news, Jeff from All City is up to his standard array of shenanigans with the latest installment of Bandit Crossishness; 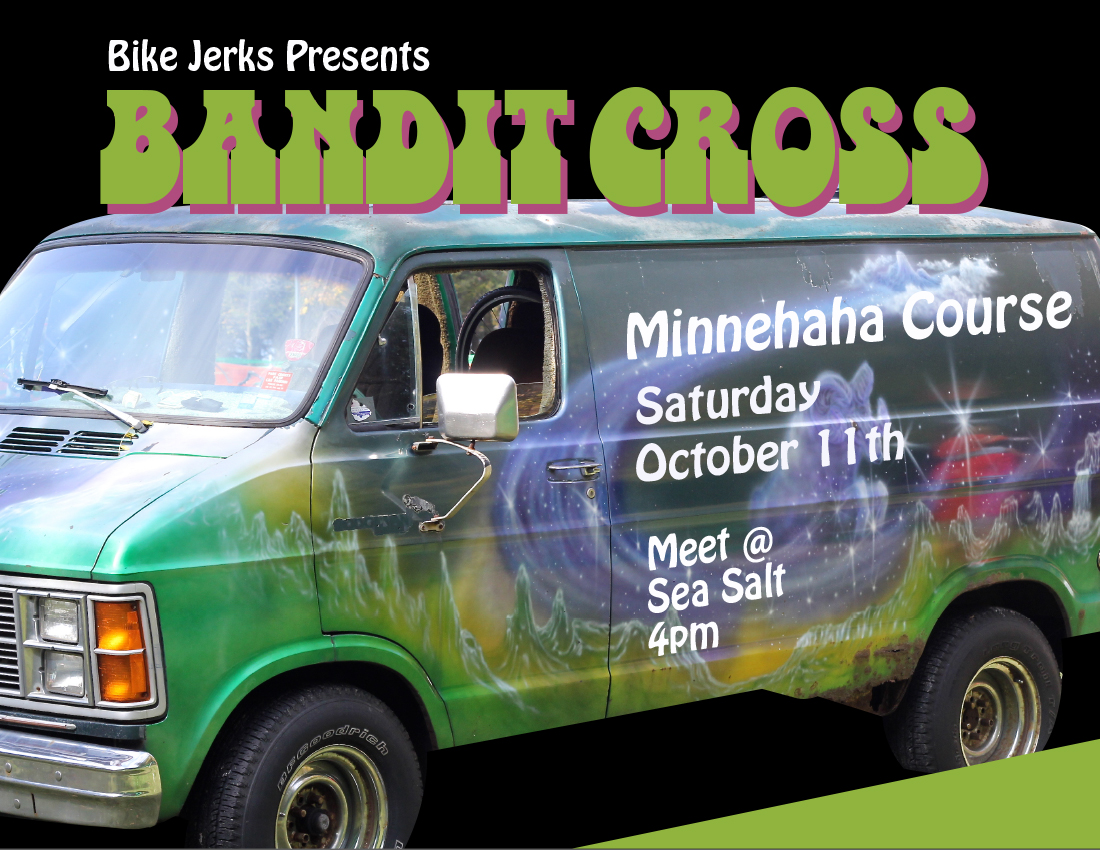 You know about them Bandit Cross races? If you don’t, you should. Full outlaw, and fully fun, where nothing is taken but memories, and nothing is left behind but footprints, and possibly some skin.

Really any way you slice it however, better to leave some skin in the woods with friends, than falling ass over tea kettle down a set of bleachers.

4 Responses to “No time for feet dragging.”