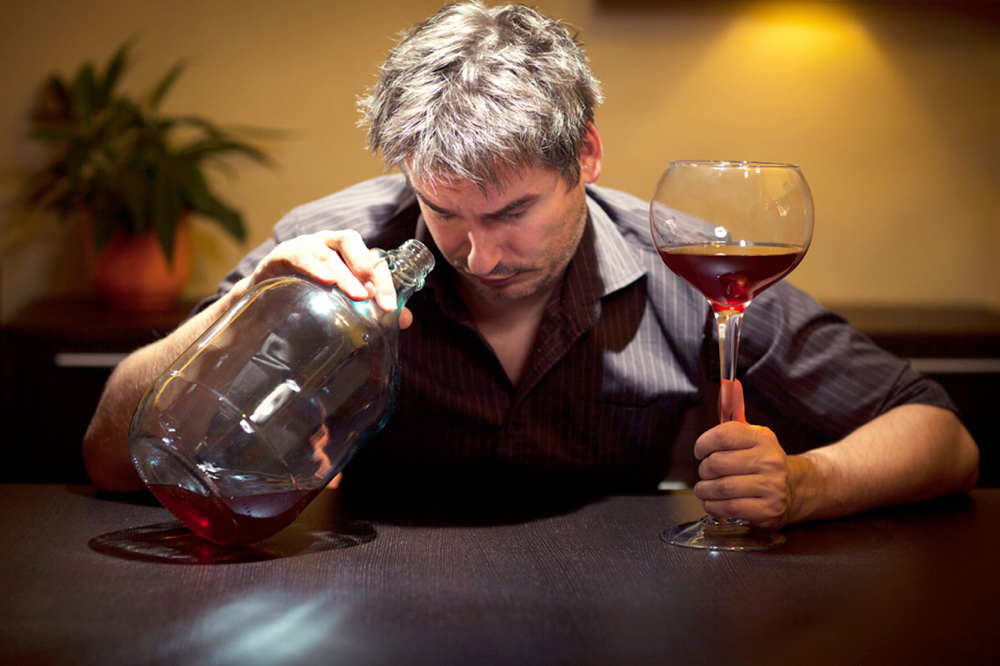 It should come as no surprise to anyone that the above image was nearly the first I came across when attempting to find visual accompaniment for today’s title.

A bird truly can never stray too far from the color of its own feathers.

The direction I’ll attempt to take this, I’ll preface with a short history lesson. It was some time in 1982 when I first discovered the joys of riding a skateboard.

I recall a year prior, finding an issue of Action Now Magazine and though at the time I was truly enthralled in a wild romance with BMX, there was something that drew me to a board with four wheels attached.

I knew nothing of the culture, or even what in that era passed as technology. All I knew was that I wanted to do it, and before long my friend Craig gave me my first, which I still have in my possession; 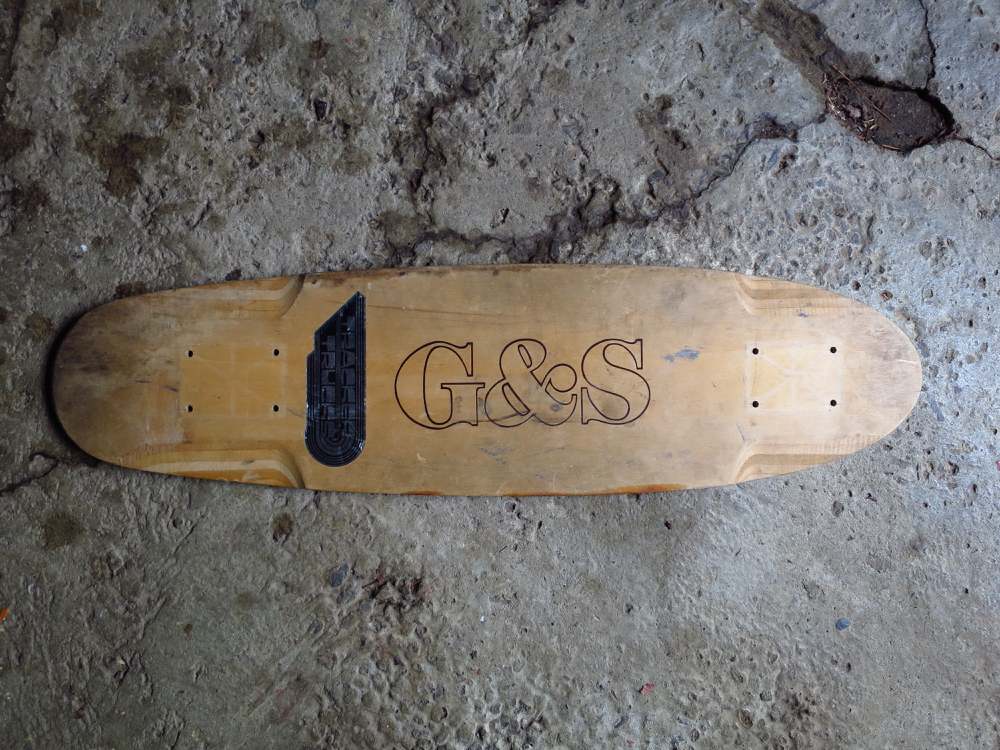 Within months I upgraded to an entry level Santa Cruz deck (the ‘Jammer’) with its boring graphics, some lime green wheels and no concave whatsoever.

Being that I had no idea what was actually happening out in the world, or that there was even a skateboard scene that existed at all (growing up in the mountains, with no knowledge of anything beyond my little town, short of the very rare glimpse of Action Now, or later, Thrasher left me fairly well to my own devices.)

Soon enough my friend Pete returned home from a visit to his grandparents in Flagstaff, and with him he brought a brand new Vision Gator board with white Gullwing trucks, and black and blue combo B-52s. My mind was blown, and from that point forward, I devoured anything I could get related to skateboarding.

Through skateboarding I discovered punk rock, and zines, and DIY culture, freedom of individual expression, and artistic inspiration, and eventually, developed nearly every single building block that helped form me into the person I am today.

Truly, I owe it an incalculable debt of gratitude.

Fast forward a decade, and I was still charging pretty hard, while artistically flirting with the industry side of things; 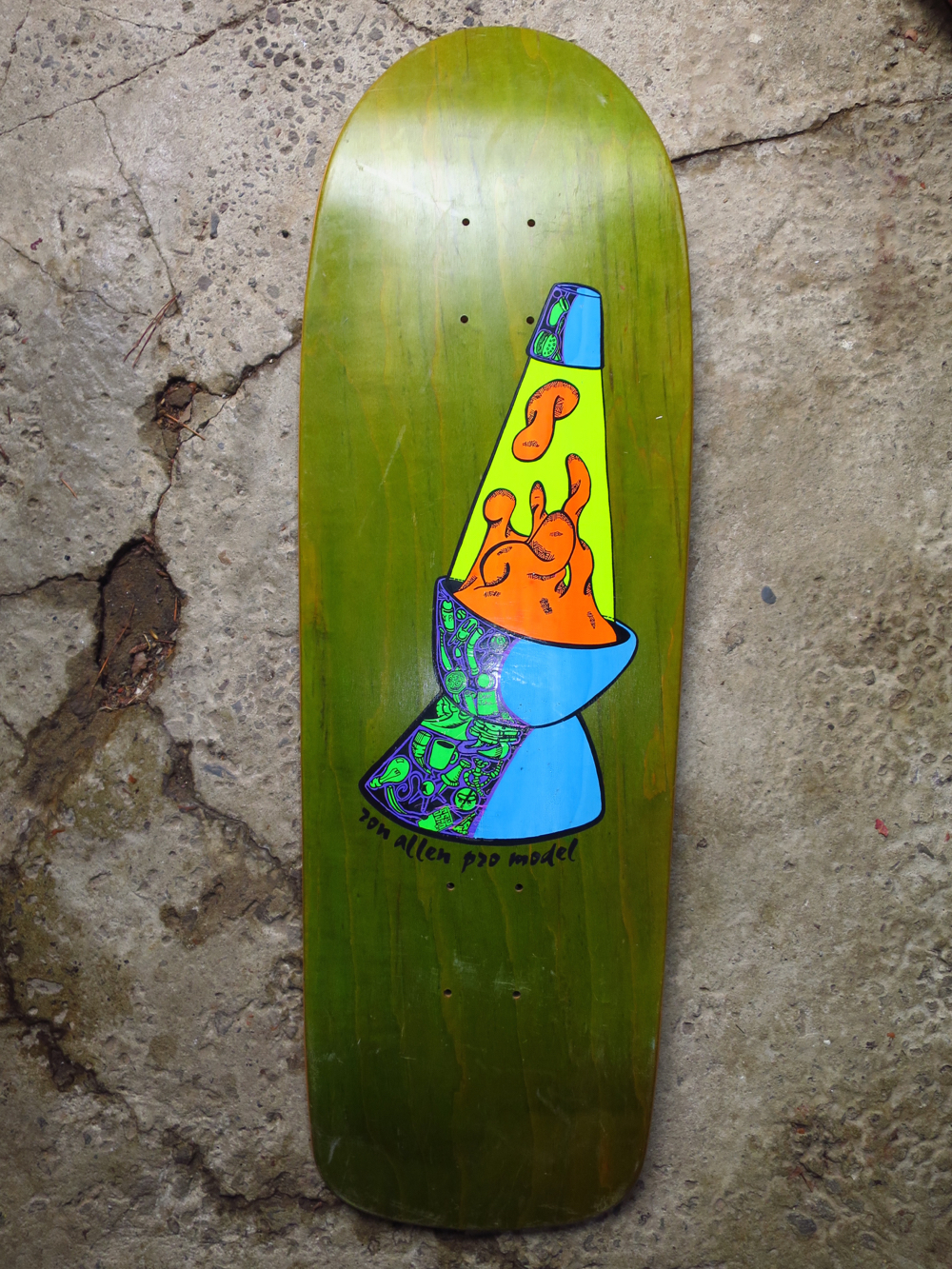 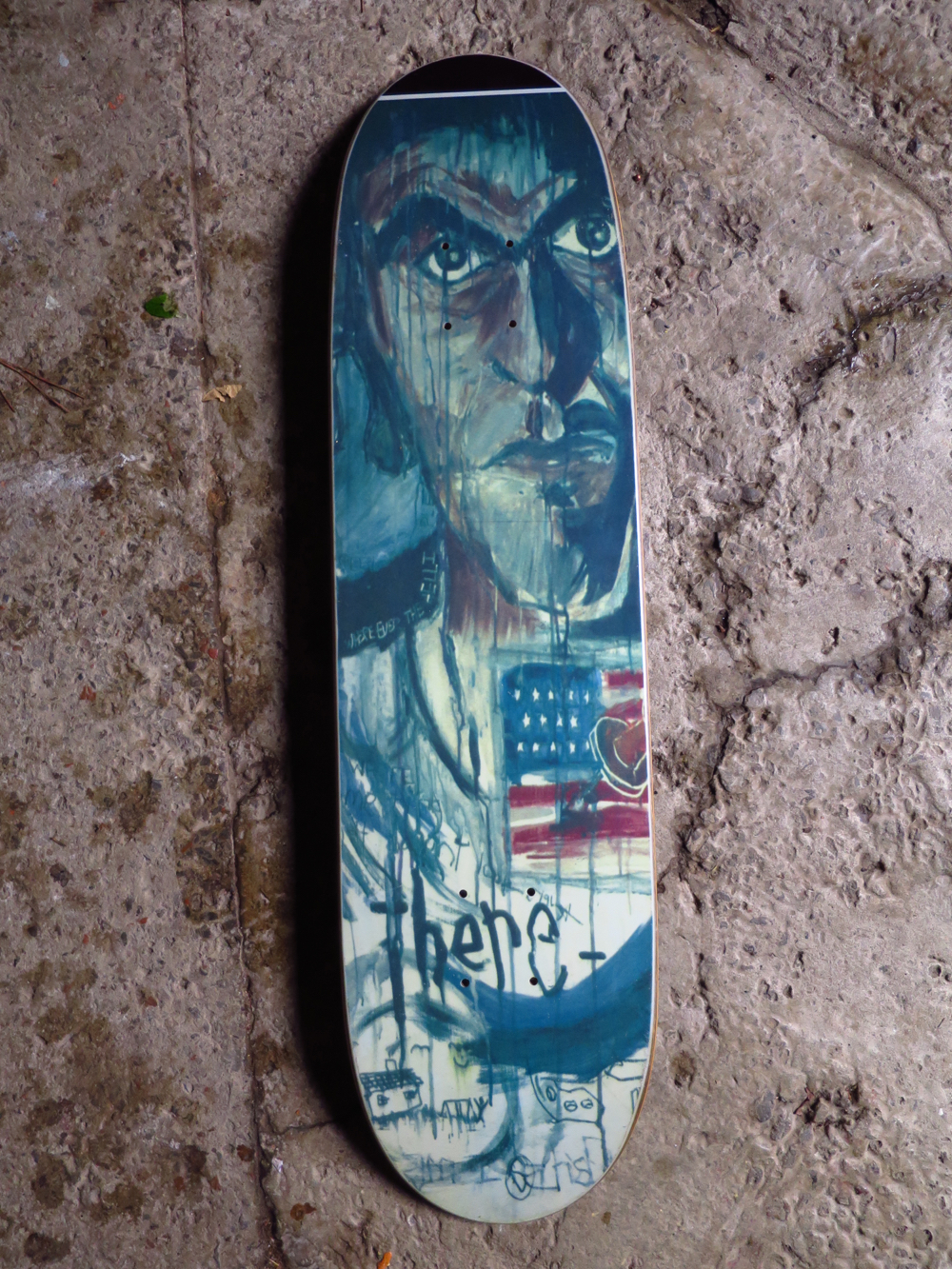 Just shortly after moving to California however, I discovered mountain biking.

For some reason the two disciplines went very much hand in hand for not only me, but for a handful of other skateboarders I knew in the area, Jon Suzuki being one in particular. 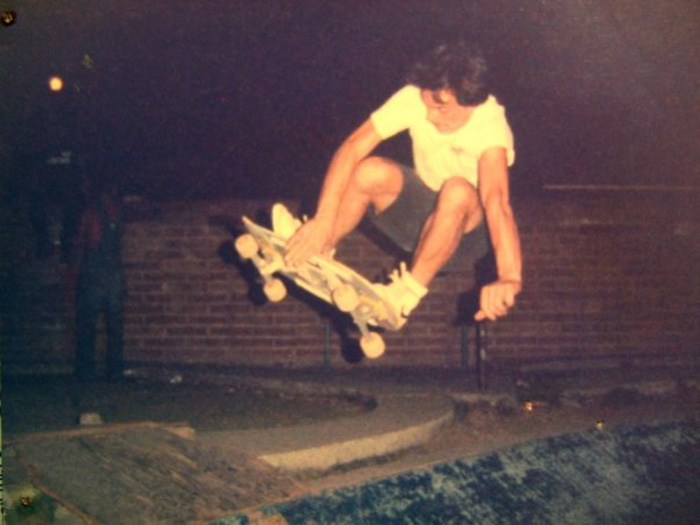 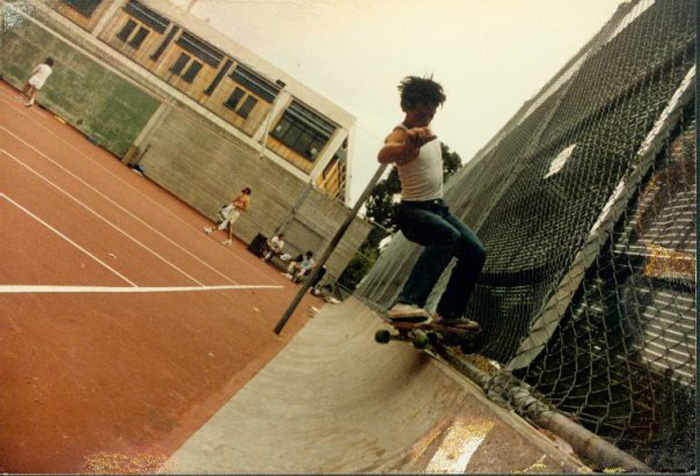 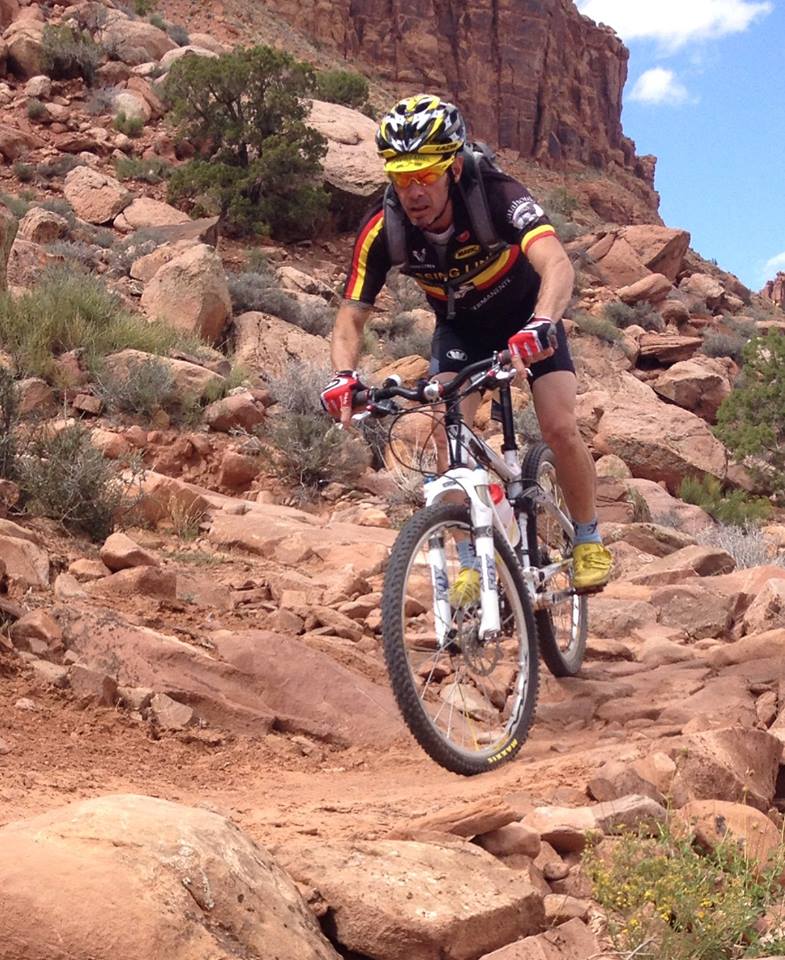 Of course for a good number of us, mountain biking made way for cyclocross, and suddenly another nearly decade and a half passed, and with it, the recent inclusion of a huge contingent of people who transitioned from skateboarding, to fixed gears, and then to cyclocross.

My appreciation for skateboarding has never strayed. I continued to read the magazines and watch the videos, and have kept close tabs on what was happening in the world that used to occupy my every waking moment. Occasionally I would even venture out for a session just to hear the sound of barking trucks, as they barged across the lip of a painted curb. To my lizard brain, like tires rolling across dirt, this sound is akin to a song;

But something has taken place in that lizard brain of mine over the last year and a half. My appreciation has developed into a full blown desire to move my body in a different way than pedaling provides. I go to sleep thinking about skateboarding and I wake up thinking about it as well. My fear of injury has made way to ways of creatively avoiding it.

So after pulling out my haggard old board recently; 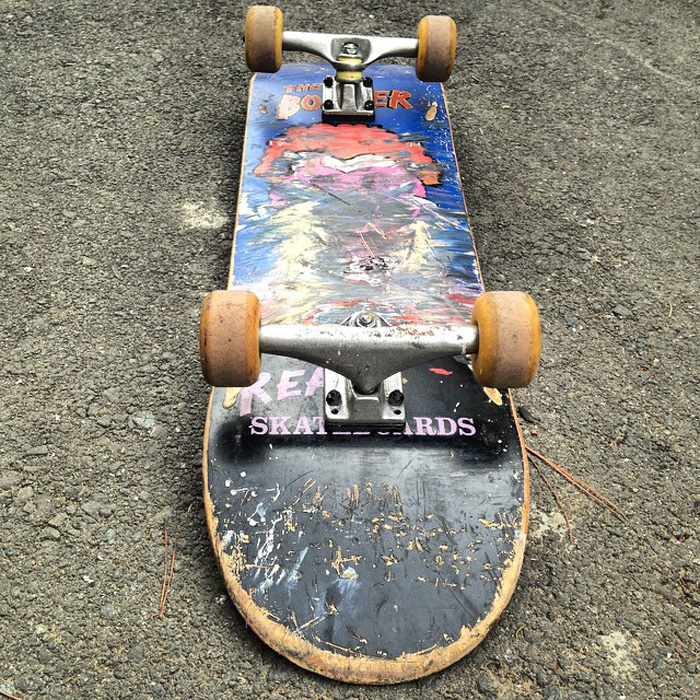 I decided that the time was finally upon me to put up or shut up, and against my better judgment purchased my first new deck in at least twelve years; I’m a forty-four year old with the body of a forty-one year old, but with wrists of a fifty-eight year old and the drive of a fifteen year old.

What could possibly go wrong?

As my old friend JTHD recently stated on my Instagram feed;

“Skateboarding is the giving tree. A first love. Don’t get greedy with it and it’s always there for you. Unlike bicycles. Bicycling is a cruel bitch mistress that taunts and belittles and makes you suffer for her.”

Another favorite thing I’ve read that’s spent its fair share of time echoing in my head goes something like this;

Wise words indeed, and I hope this prose serves as a mantra to me as I regain my chops, and roll on either two wheels, or four into forever; If not, I’ll always have the bottle.

36 Responses to “Finding inspiration in old, yet familiar places.”