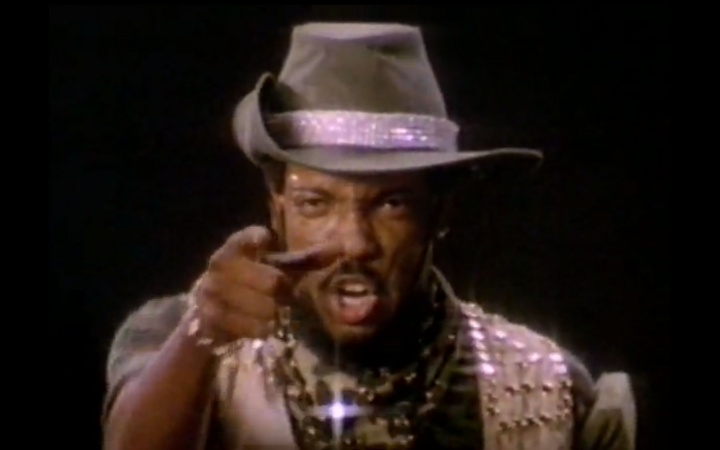 And I guess now I’ll do the same.

Oh, so hey… You know how I’ve been using the last day of each month to roll out my AOS piece from the now defunct Paved Magazine?

If not, they’re super good and stuff, and can all be found here.

Anyway, the other day it occurred to me that I wrote a piece for BIKE Magazine regarding my time aboard the Shitbike, which never ran.

It’s kinda silly for it to sit dormant forever, so since I have this here website, I’ll post it up for yinz nowski;

*Correction. Upon searching the site, it turns out I already posted it here.* If you’re too tired to click the link, that’s cool, ’cause here you go; 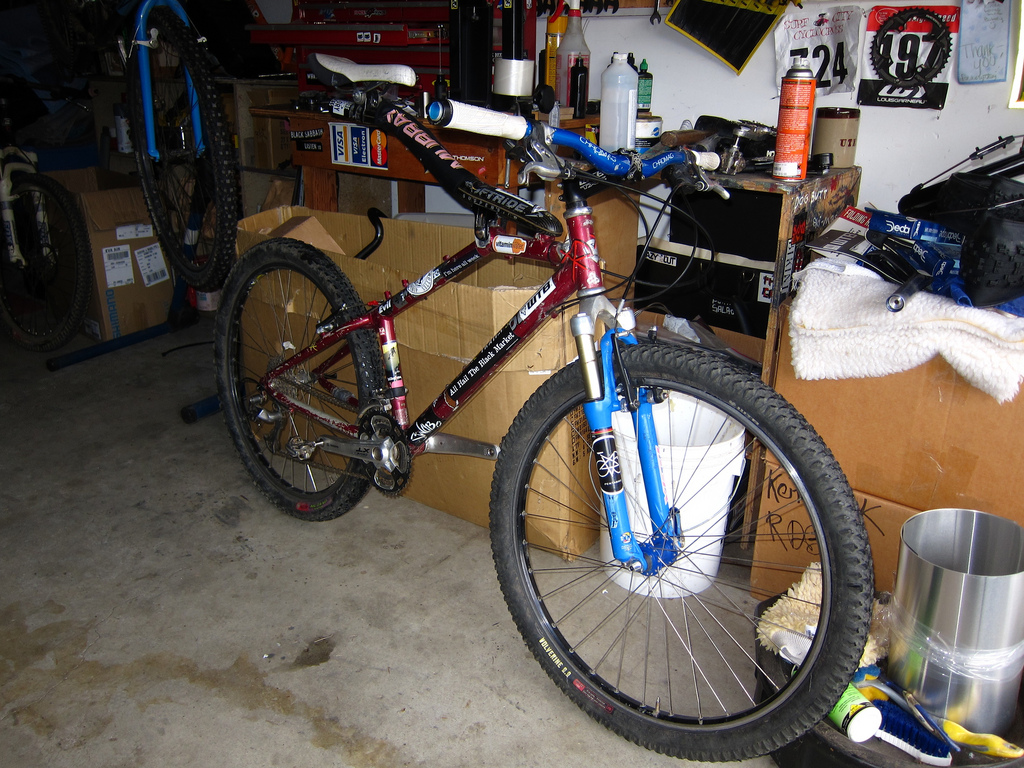 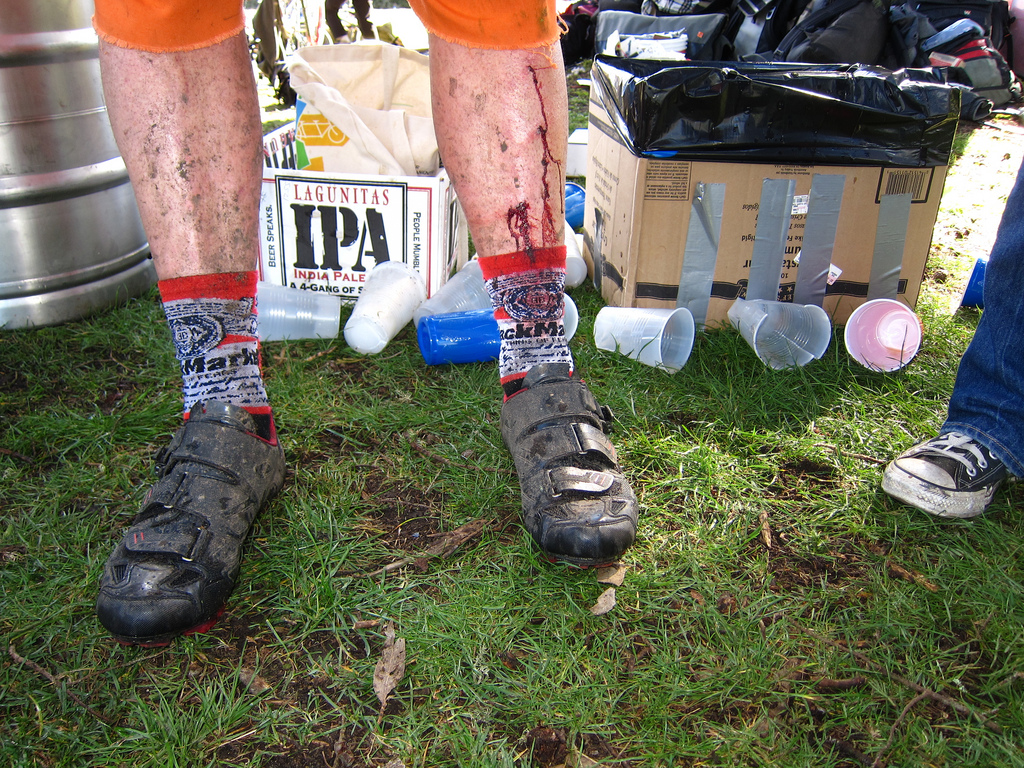 As the sun set and the kegs ran dry, the remaining stragglers melted away. I grabbed the burgundy beauty and with a brain full of good cheer and wounded legs full of lactic acid, pedaled off into the evening to find a whole new assortment of trouble in which to engage.

And that, is what you would have read if you had been able to read it.”

I don’t know what’s become of the old girl, but whatever it is, I hope that it involved a hole and a bunch of earth on top of her.

In two bits of news further confirming that my war against women in cycling was one better surrendered, I offer the following from Anna;

I know it’s not your thing*, but could you blow up the crowd fund thingie we’ve set up for the NSC Velodrome? We need to raise a ludicrous amount of money so that my ladies on Koochella can have a track on which to reign supreme next season.

If you’re feeling SUPER generous, could you also stick a thing in there about Koochella Klassic team kits being made available on Pactimo just in time for Christmas?

They are real nice. And they say Kooch on them. And my face may be in one of the back pockets.

The kids’ll love them.

*By that she means promoting crowdsourcing projects, but in this instance, I have to flip my own scrpt.

Secondly, if taken literally, buying a jersey with Anna’s face in the pocket is nothing short of completely horrifying.

-And then I received a note from Scum City David relating to more of the same, but different;

Some super rad Cleveland ladies are striking out on their own to make lady racing better (which is good for everyone) and I wonder if you’d help get the word out? www(dot)GoFundMe(dot)com(slash)Velo Femme; 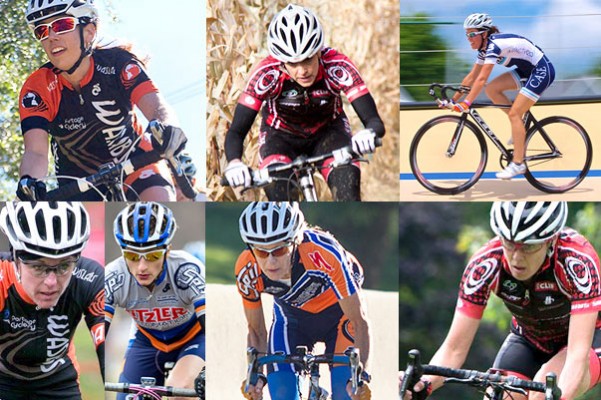 As I replied to both Anna and David, I certainly want to do what I can to spread the word to assist these two efforts because I think they are quite worthy.

That said, due to the fact that Go Fund Me hosted a page supporting Officer Darren Wilson after the Mike Brown shooting, and along with it, an absolute torrent of the most repugnantly racist comments my eyes have ever had the misfortune to gaze upon, I find myself torn to promote anything they are involved with at all.

Still, I support Anna, and I support Velo Femme, so I’ll make an exception, but I would be remiss not to mention the knot in my stomach regarding the platform that their organizations are using.

As I’ve said many times before, I hold grudges better than anyone, and Go Fund Me is just another organization which has settled comfortably in my crosshairs.

Now speaking of cross things, but certainly not hairs, and considerably more upbeat than my own grudge file, last week Matt from Ghostship sent me this clip featuring Matthiew van der Poel absolutely annihilating a set of corners at 40 seconds in; 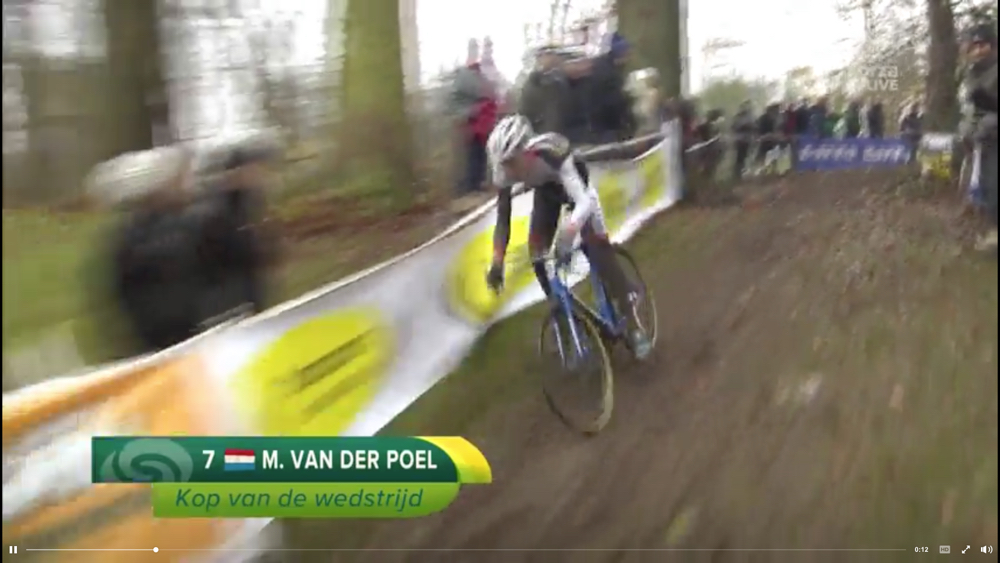 I sent it to Lucho of Alps and Andes (formerly Cycling Inquisition) to turn it into a gif file for me, because he’s smart like that. He did, but the file was unfortunately too big to embed anywhere.

Luckily Cosmo of Cyclocosm is also very smart and had the ability to capture just that segment which he’s stuck here for all the world to enjoy over and over and over.

And that is a bomb which I will gladly let drop on me.

One Response to “You dropped a bomb on me, baby.”