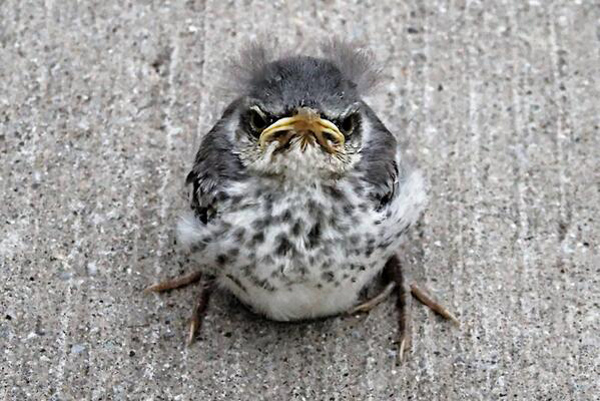 As I am occasionally inclined to do, I spun the dial on the old idea machine and farted out three new stickers to try and peddle;

In order, the above decals (or deckalls is you’re Canadian) can be found here, here, and here.

As I cynically cracked wise about on Instagram, as has become the norm, I look forward to other businesses/entities/companies lifting these slogans for their own devices without so much as a reach around.

I know no idea is original, as proven by the whole ‘hundredth monkey effect‘ and so on, but look at it like this- I put a great deal of time and money and effort into this site, its products, and the general asesthetic. It’s these slogans and visuals that are my business’ identity, and ultimately, my bread and butter. Simply put, when other people feel free to lift my efforts for their own devices, it undermines the integrity of what I’ve built and ends up making me look like a chump. (No links or examples will be given, because screw ’em.)

Let me put it into slightly different terms. For almost ten years I worked on a project in which I would scour thrift stores and flea markets looking for paintings. Once back in my studio, I would insert small (though sometimes not) and subversive imagry into the otherwise idyllic environs; 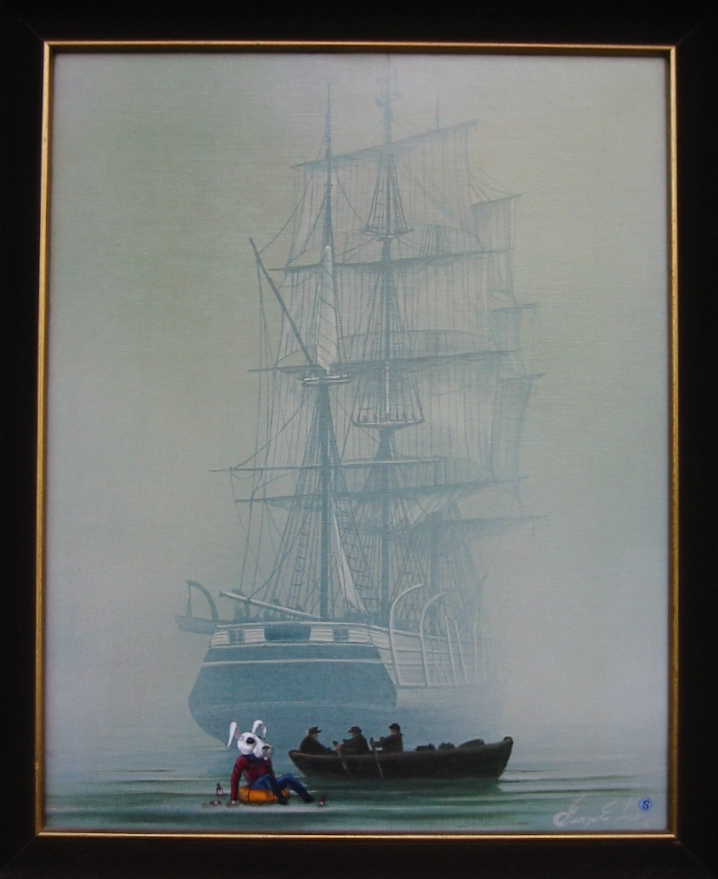 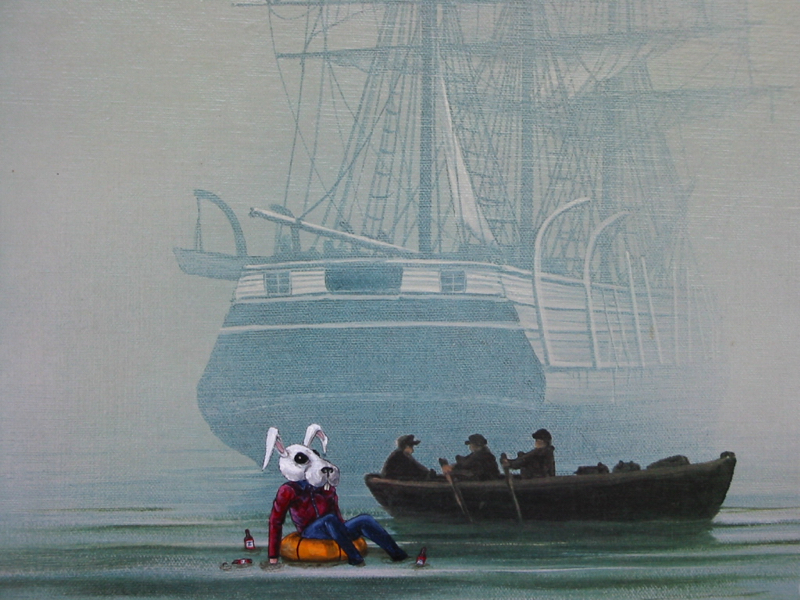 After completing a fairly extensive body of work and having a handful of shows around the country, I felt fairly secure in the momentum of this project. At some point around this time, I randomly sent Banksy an email in which I thanked him for his efforts, told him I enjoyed his work, typed out some random mumbo jumbo, and finished with a link to my art site.

A year later he debuted the ‘Elephant In The Room’ show in Los Angeles, which was populated by reclaimed found paintings, which in at least two instances were amazingly similar in content to two paintings I’d done, and were on my site.

The show got rave reviews, was attended and patronized by all manner of celebrity, got written up in everything from Art Week to People Magazine, and there I was, sitting on of a pile of found paintings which were to my mind, now all completely obsolete. Maybe this was a coincidence, or maybe it wasn’t. Either way, anyone who was unfamiliar with my work previously (which besides my family and friends, was pretty much everyone) would just look at me like I was flatly biting Banksy’s idea.

Again, when it comes creative fruits, I understand better than most that no idea is truly original. We’re all a monkey somewhere in that line.

Though with sour grapes now potentially spread far and wide, I would observe it’s just that I prefer to challenge myself and to the best of my ability, stay as far away from that line as I can.

I can almost hear the taunts from here, so I’ll move on, sort of. One item which will soon be gracing the store that has taken considerably more work than some dumb old stickers is a thing which I have fantasized about producing for a number of years, which will hopefully propel All Hail The Black Market from a douchebag bike blog (same diff) to something else entirely.

I’ve hinted about it here and there, but after jumping through many hoops, herding many cats, and literally losing my nose on the grindstone, I’ve finally configured the brand to be a real, live record label with my first upcoming release by a mighty fine rock and roll band from Long Beach called Who Rides The Tiger; 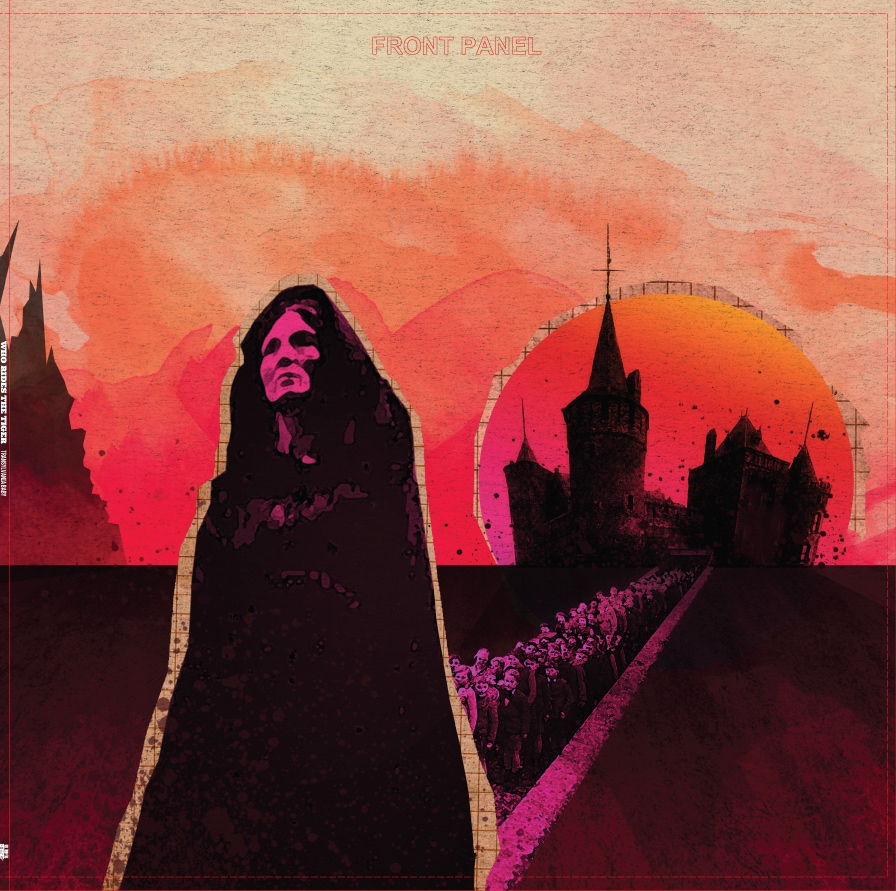 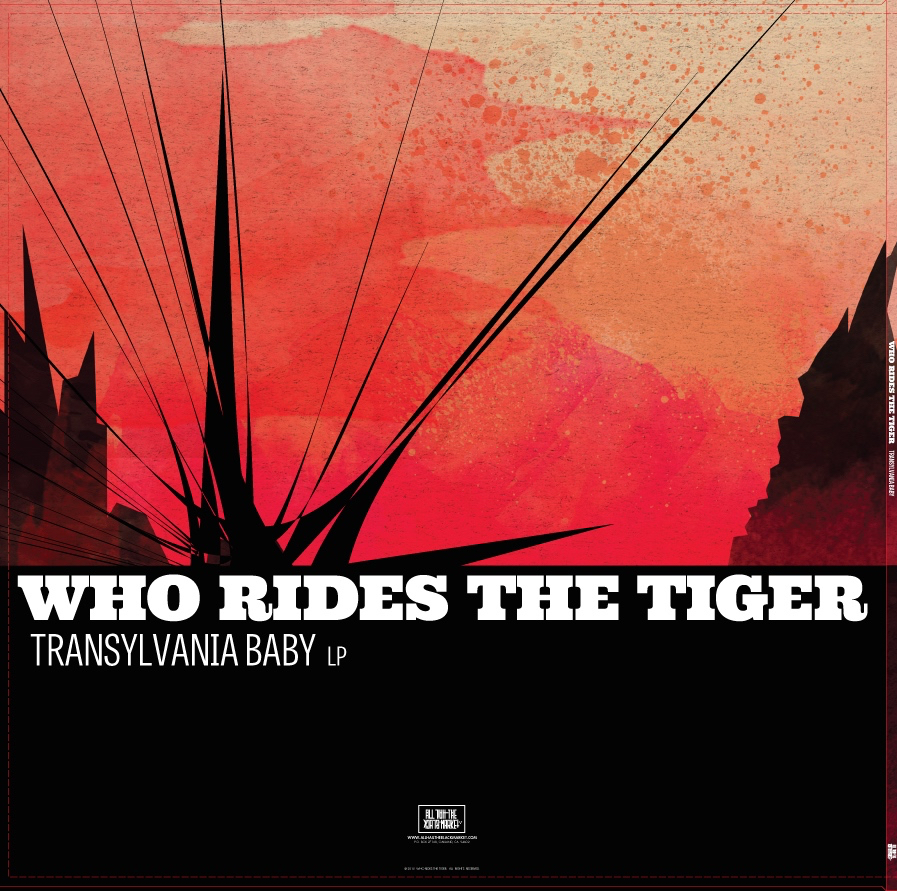 This is a remastered version of their debut CD, with the addition of a new song, all buttoned up on glorious 180 gram vinyl, and complete with artwork by Christopher Friedman, who you may be familiar with by a recent bit of design he did for a band from Cincinnati; 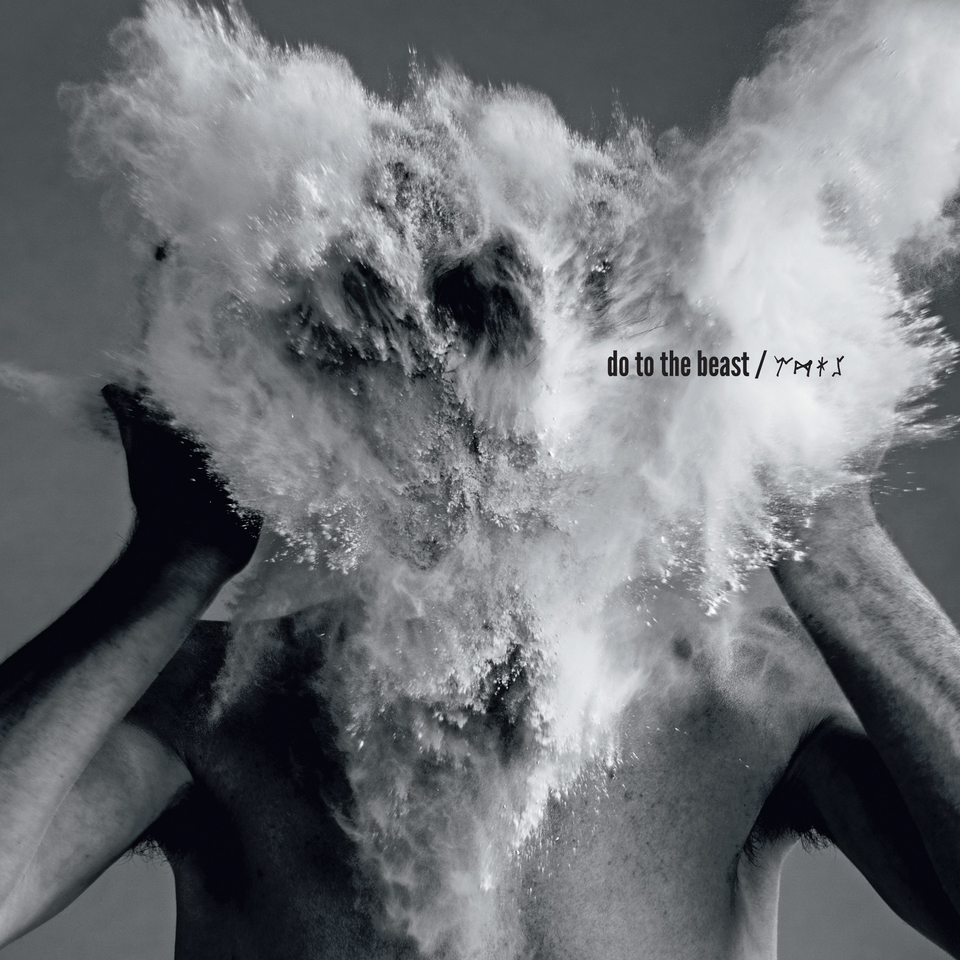 When first shopping around for a plant in which to get the record made, I first contacted United Record Pressing in Nashville. The fellow I spoke with on the phone said that because they are so slammed with work, they can no longer take on new customers. I told him that I thought I’d done a 7″ record with them back in the 90s, so he cranked up the Wayback Machine® and cross referenced my record’s matrix number with their archived data base.

Luckily, there I was. It was this little split with Trance Syndicate’s Johnboy and a band who at the time was Kansas City’s answer to The Jesus Lizard called Quitters Club that got my foot in the door, and will allow All Hail The Black Market Records to become a reality; 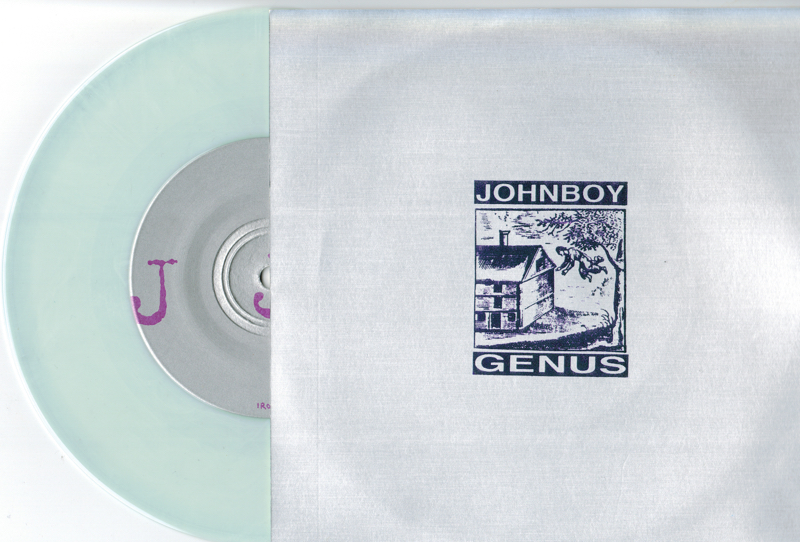 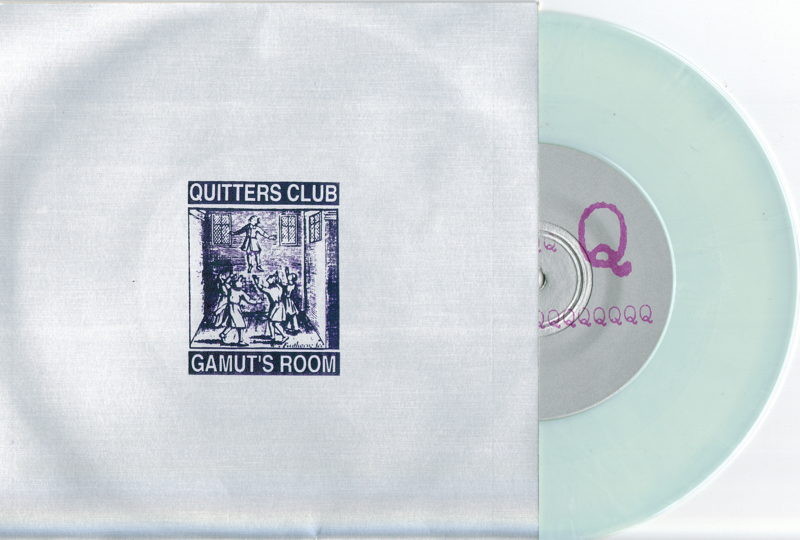 As of the end of February, my guy at URP estimated that we’d be seeing a test pressing within the next three weeks.

After that it’s another several months at least before the order lands into my hands. Clearly a project of this magnitude takes time, but with me at the helm it inevitably will take as much of that as humanly possible.

Anyway, some may have wondered why the store hasn’t been flush with new doodads and whatnots, and it’s because of that.

If they all sell, I’ll be in good shape. If none of them do, I’ll see you in line at the blood, hair, and semen store.

Worst case, I’ll be bald and vitamin deficient and frustrated.

9 Responses to “That which does not kill me only serves to make me marginally frustrated.”