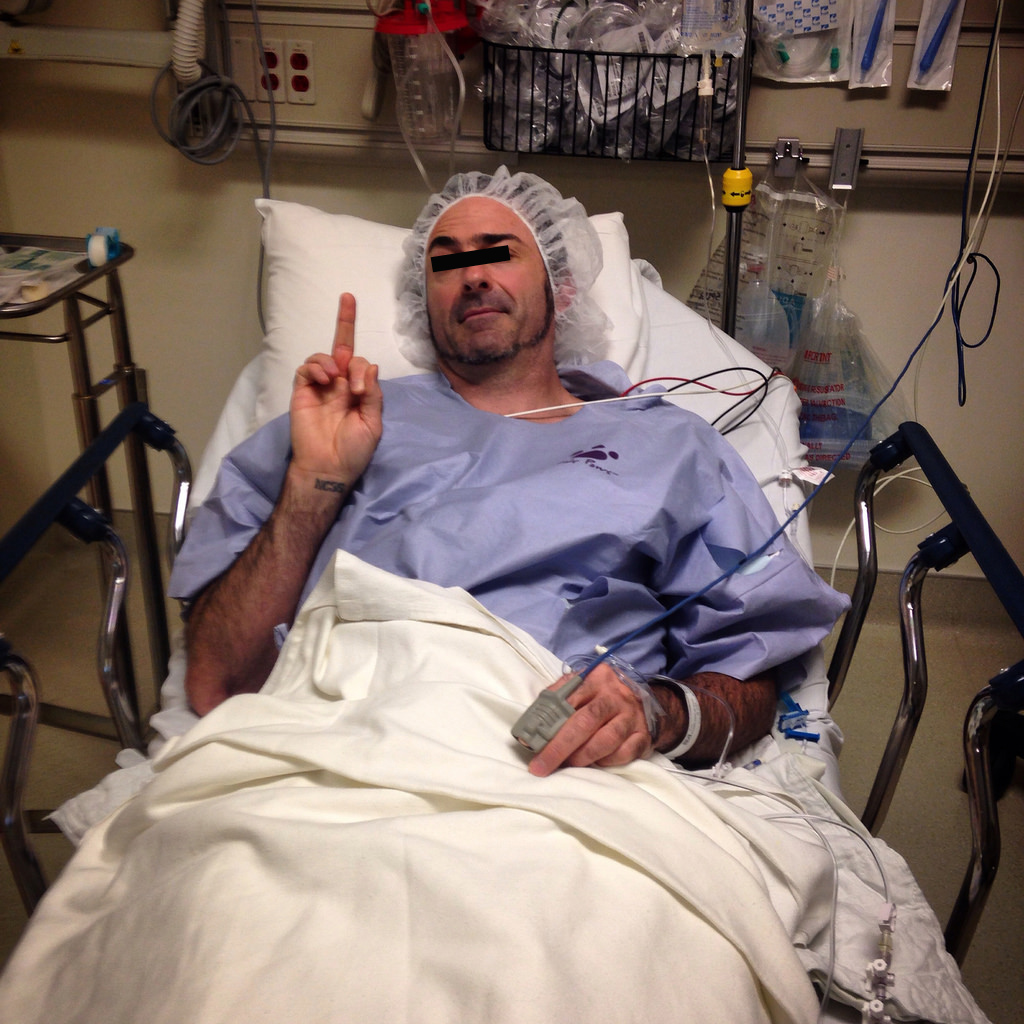 The short version of the last few days is as follows-

The surgery went really well. My ACL was repaired, the MCL had healed itself, and while my surgeon was in mucking about in my kneebow, he cleaned up the meniscus. Plus, when all was said and done and I was regaining consciousness in the recovery room, I had a couple hours to talk with my nurse whose name was Alana, was very pretty, and who also happened to be a cyclist.

None of that sucked.

So since then, I’ve been posted up on the sofa swimming through an impressive fog of pain killers and consistently interupted thoughts. I’m as green as they come in regard to opiates, (it took me five attempts to even spell the word ‘opiates‘ correctly before I had to ask the Googles.) This is a brand new bag to me, and as I said somewhere else on the internets recently, “I totally understand why people get addicted to painkillers now. They are fucking awesome.”

Please do me the solid and allow me to get through the next day or two to clear my head, and I promise we’ll pick up right where we left off with our two wheeled and beer fueled shenanigans.

Or rather your two wheeled and beer fueled shenanigans.

From my corner, for the time being, I’m so wrecked I can’t even figure out which way to point my business finger.

16 Responses to “The rumors of my demise have been greatly exaggerated.”