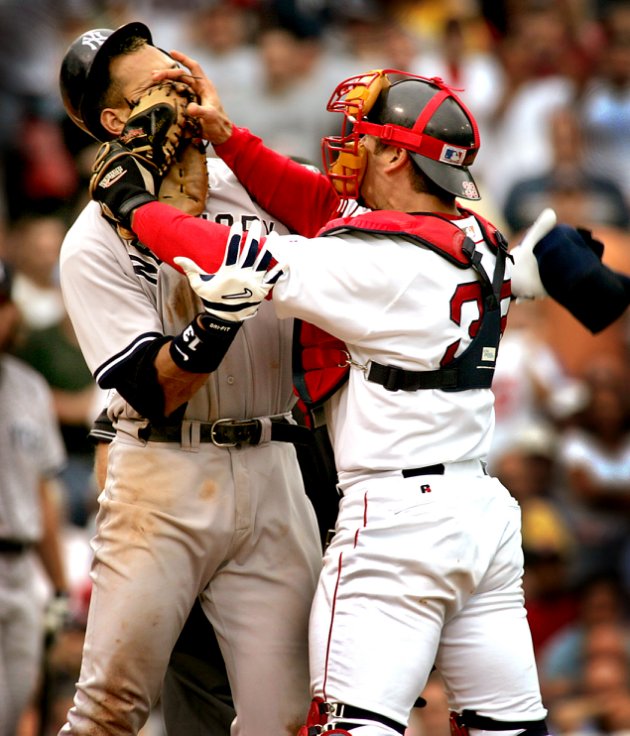 Here we are on the 59th day since I crashed my bike and blew out my leg, and it feels like it’s only been 58.

After this, getting in trouble and doing a two month bid in jail seems like it might be easy.

Speaking of getting in trouble- The Facebook overlords found out that Stevil isn’t the name that appears on my birth certificate, and as such, pulled the plug on my profile, the AHTBM page, the Evil page, and the Who Rides The Tiger page, as those were associated with my personal account.

It might be a temporary thing or it might last forever. If that’s the case, then the best analogy I can give is it’s like being dumped by a girl who on one hand was a fairly capable partner, loving and supporting my dreams without pause.

But on the other hand, she then got me hooked on heroin, followed by turning all of my personal information over to the government. 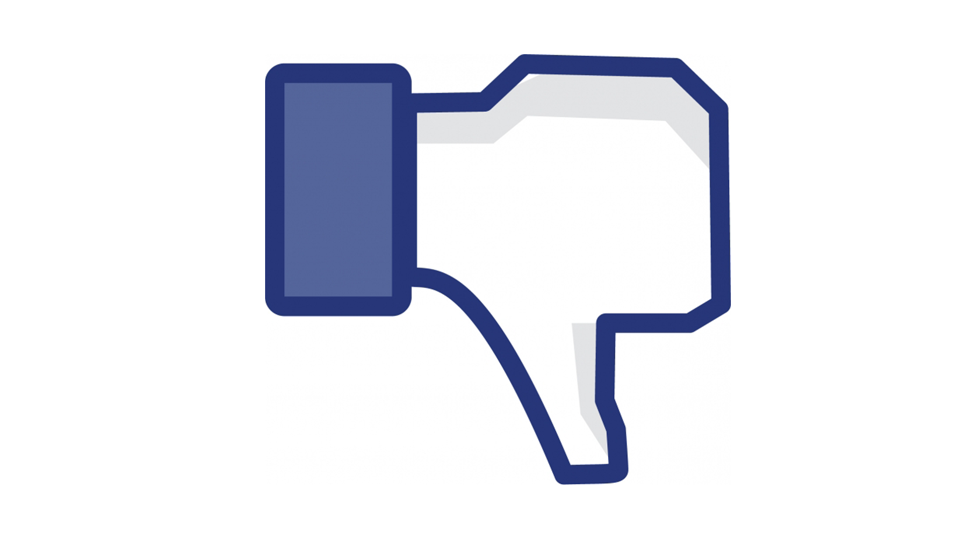 Because I’m a paranoid type, I feel like it must have had something to do with an exchange I had here on the the Instagrams; 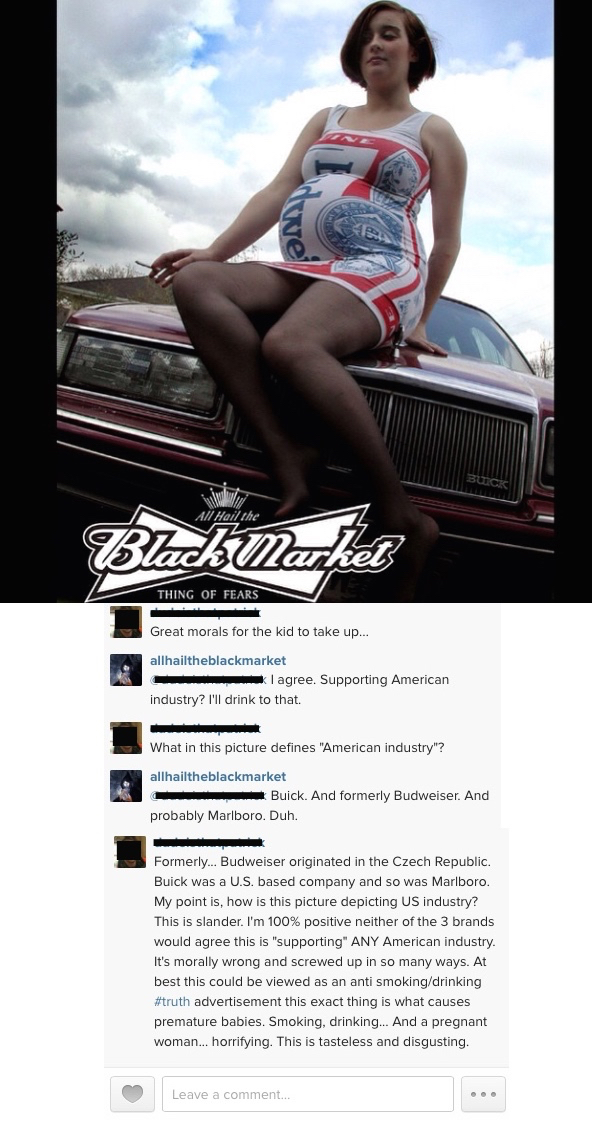 Clearly the bloke in question wasn’t feeling my steeze.

Maybe he took out his ire on me in other ways.

Or maybe I’ve just spent too much time with my thoughts.

Anyway, if this is a permanent thing, then I guess I’ll declare that it was marginally fun while it lasted, and then I’ll go crack open a book or have a conversation with a random stranger.

*Note- They actually held my personal profile as well as all associated profiles hostage until they received a scan of a government issued ID. This warranted a response of “what the fuuuuuuu?” and ultimately the complete scrubbing of my personal page.

From this point forward, all AHTBM related Facebook goings on will occur here, and my personal page has gone black.

Even in the event that I finally decide to grenade the entire thing however, I will continue to at least plug away here on the AHTBM project, either alone, or with the occasional and very appreciated assist from the readership and people like Max;

Wanted to do a little PSA/watch-the-fack-out alert for your readership of the dirt.

When we had the massive Station Fire in 2009 that burned down quite a bit of our backyard in the San Gabriel Mountains, the scorched earth became a breeding ground for Eriodictyon Parryi, aka Poodle Dog Bush. This shitty plant thrives at higher elevation that have had a fire or burn and can live for several years, dying off then coming back. Sort of like a zombie created by Satan to torture and torment us flower sniffing trail lovers; 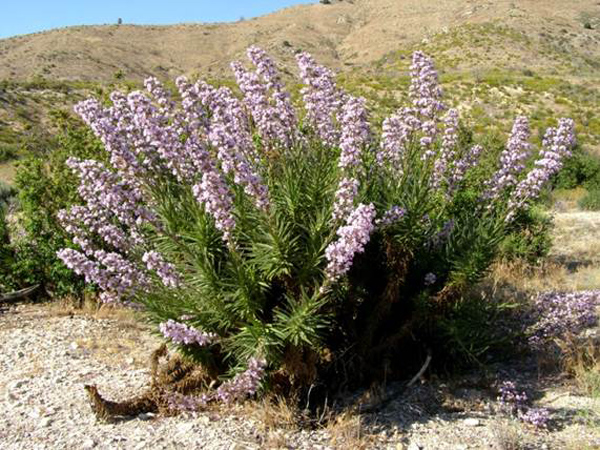 (Oh how pretty! Stay the fuck away from me.)

Well, I’ve had my run-ins with this SOB before, but this past weekend I picked up a much more severe case while mountaining biking in the SGV mountains; 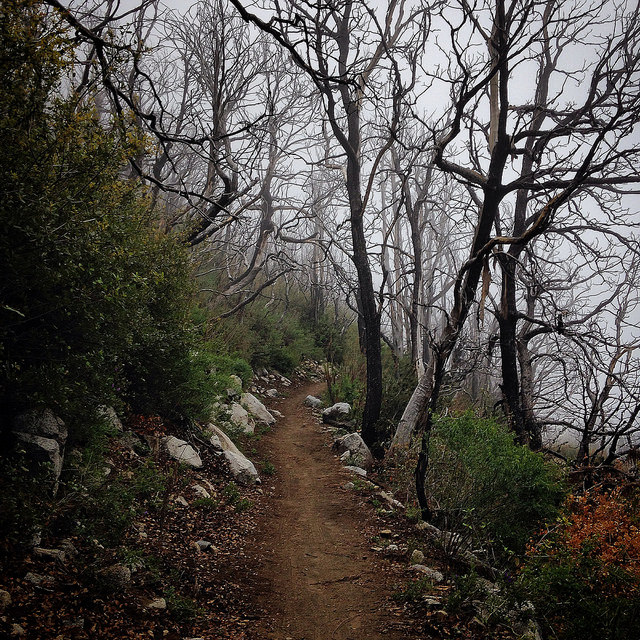 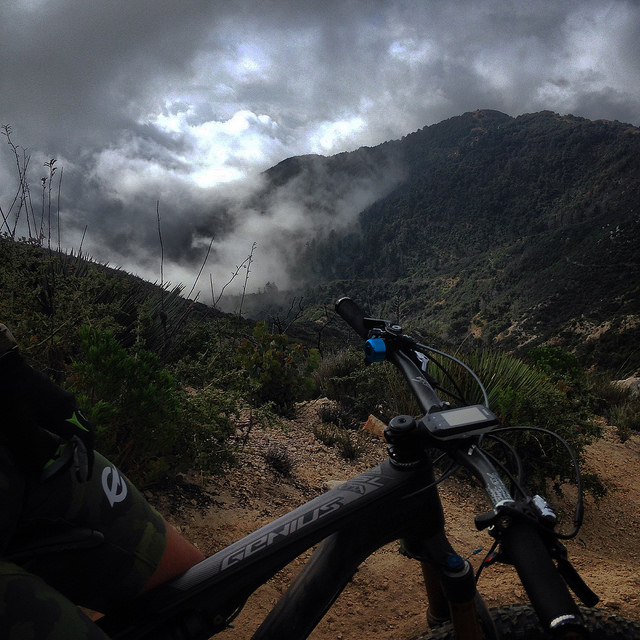 (at least the trail riding was epic)

The symptoms of uncontrollable itching and burning began Sunday morning, the day after my ride.

Then my shin decided to swell up to twice the size of the other one. The following day blisters started forming and spontaneously popping and oozing. This was particularly a horrible thing to see while riding/commuting (the pressure from the pedal pushing causes them to pop like bubble wrap); 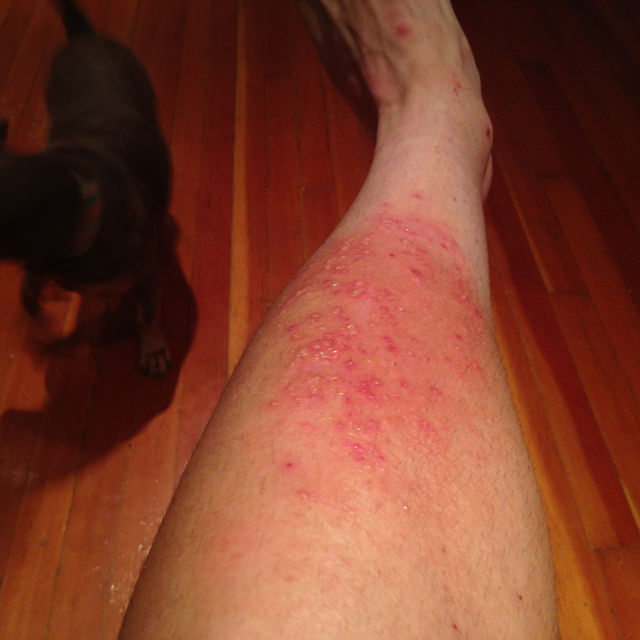 (Oozing, and has spread to my foot)

Besides this being extremely painful, this stuff is very toxic. Unlike other irritants on the trail, the oils from the plant are absorbed through your skin and into your blood stream. So what happens is you develops patches like the one on my leg all over your body; 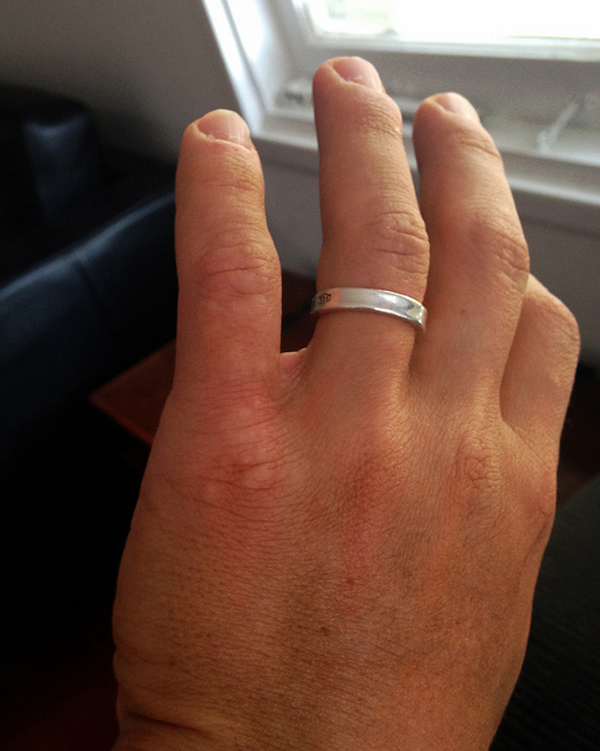 Right now I have these patches on my arms, both legs, crotch, abdomen and right eyelid.

What’s worse you ask? Well let me tell you! This stuff lasts for about 3-4 months. So be prepared to wake up in the middle of the night scratching yourself until you bleed.

So when you see this stuff, stay away. Don’t try bushwhacking your way through it. You’ll be sorry. Trust me. Ventilated/mesh gloves are a no-no; 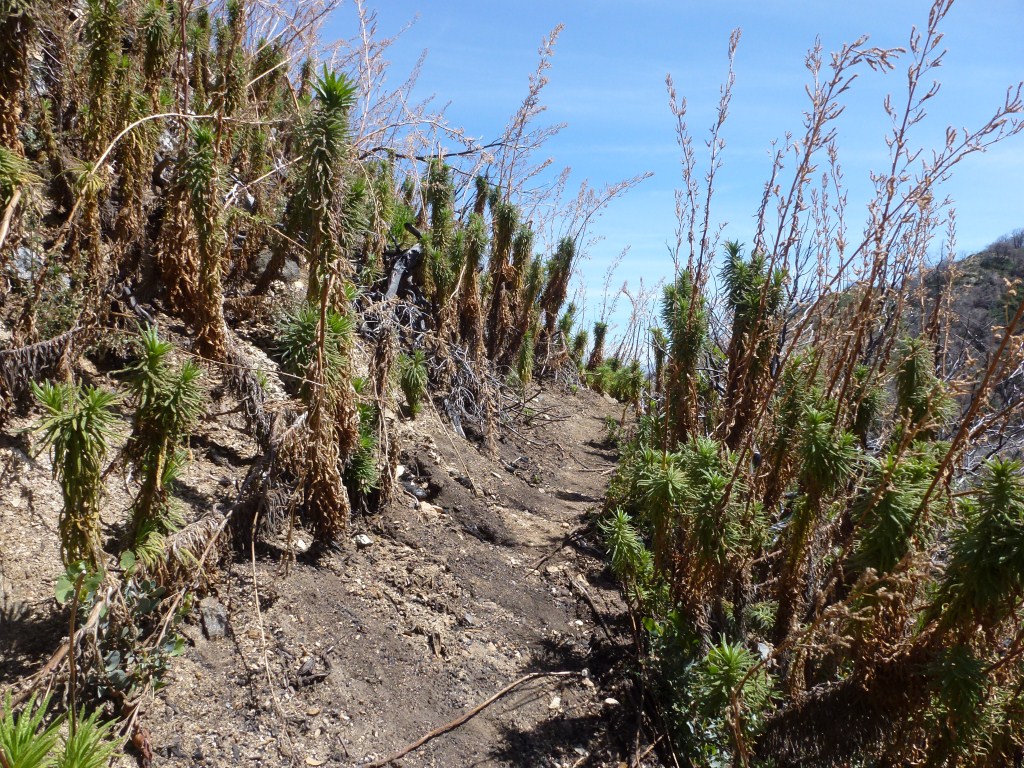 (Alive or dead, this stuff is extremely potent)

Maybe it’s time to develop AHTBM Poodle Bush kits? Might be a breathe of fresh air for the crappy kits/things/hashtags out there; 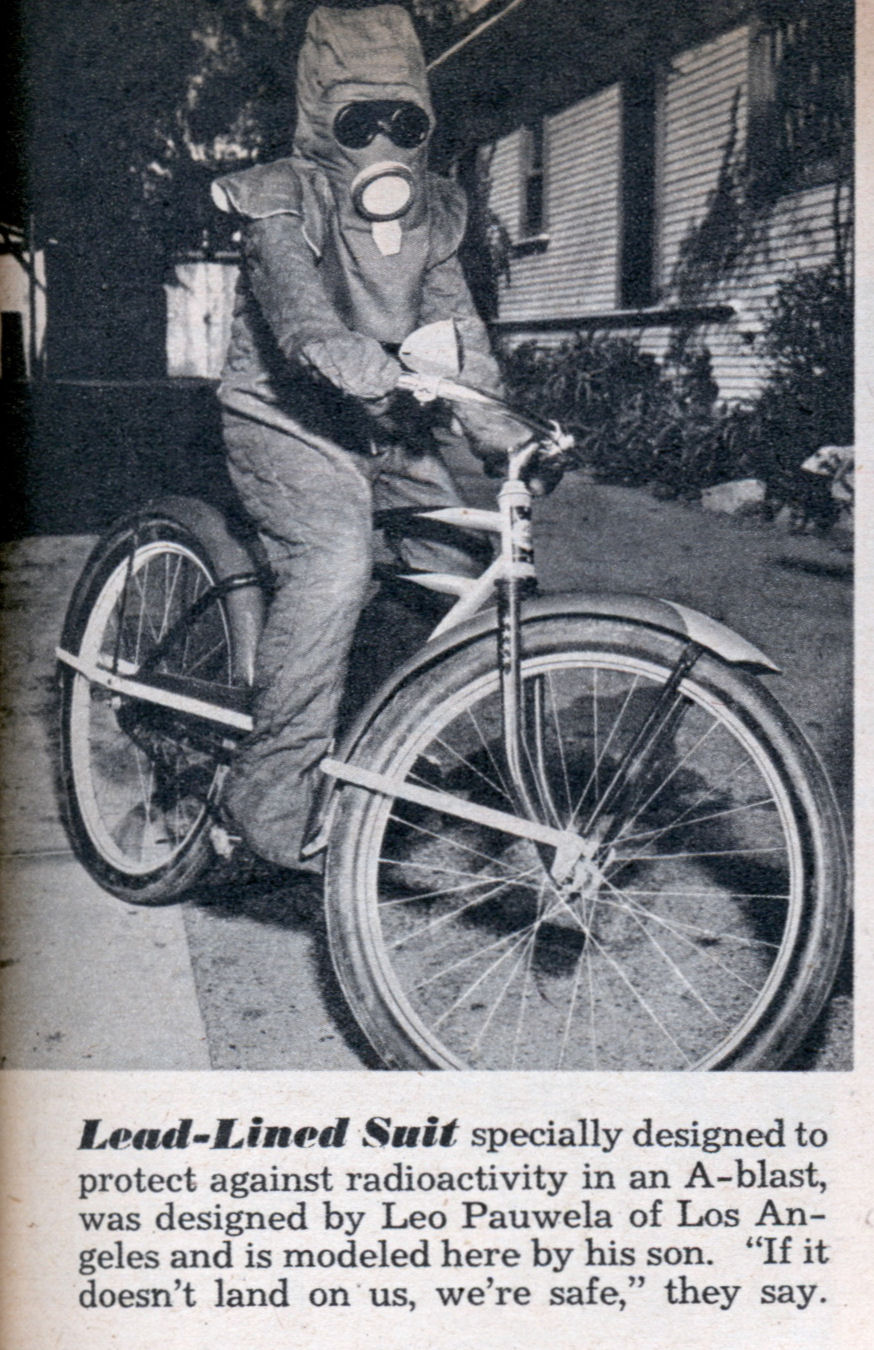 Having done more than my fare share of time with Poison Oak, (one of the few times I finally caved and went to the doctor to get a cortisone shot the RN asked if I’d been burned in a fire) I feel for Max and his current condition.

The only thing I can recommend for such an affliction is the Dr. DeMartini’s Poison Oak Gel from the Spring Hill Pharmacy.

Finally, from Peter I received a suitable correspondence with which to pull the plug on today’s effort;

I tweeted this at you a while back in a desperate attempt to get some attention to my sister’s new website. She’s a kick ass artist from Oakland and while it might not be your usual Ronald McDonald in hell cup o’ tea, I would
appreciate it if you would give it the “art that doesn’t suck” stamp; 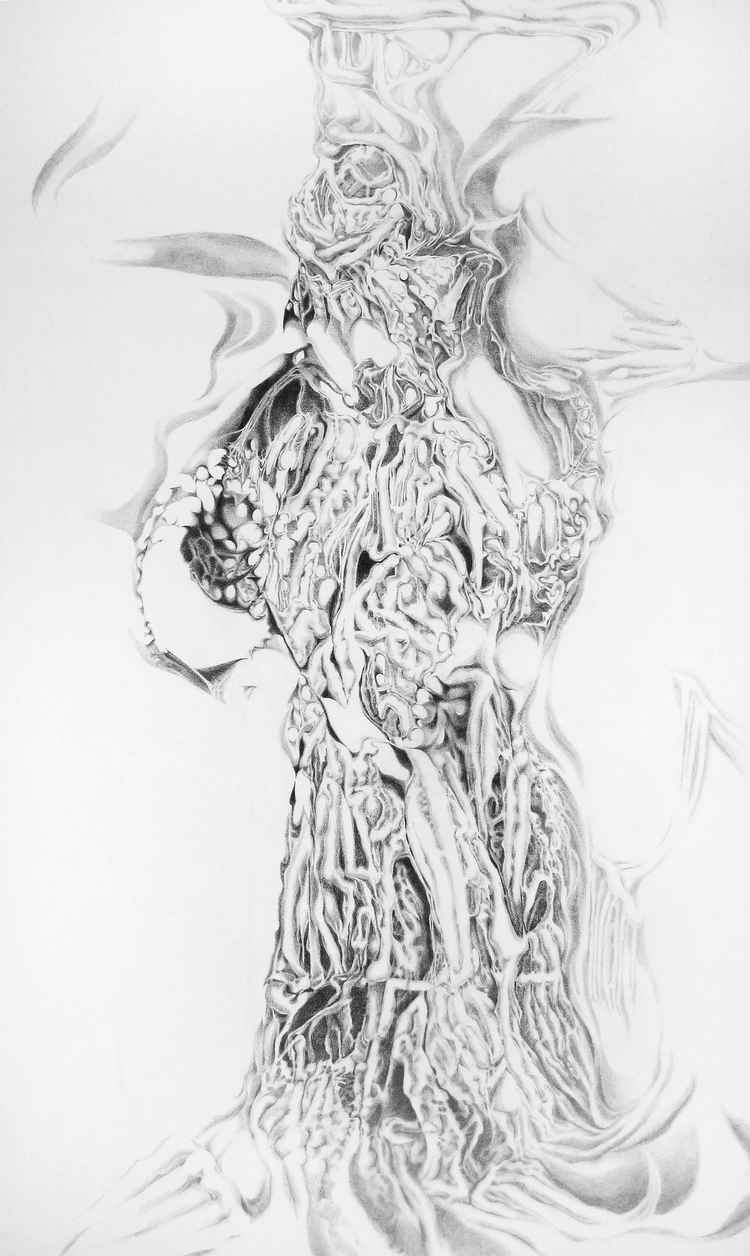 Keep up with the healing up and I appreciate the effort on the blog. It brightens (darkens?) my Monday/Wednesday/Friday.

Also, what’s with the next zine? I want.

In response, it’s true- The art of Elizabeth is the kind that does not suck. Secondly, I’ve spent enough time around art and the people who make it to say without pause that based on Elizabeth’s work, her kitchen is probably one of the cleanest you’ve ever seen, but I’d bet her sock drawer tends to be kind of a disaster.

And there is something happening with the next issue of the zine, but right now I can’t really talk about it aside from saying that it’s done and just waiting for me to crutch on down to the CopyMat and get it made.

Now, with the fragrance of Friday still hanging light in the air, we’ll pull the plug and fart it all up until Monday.