Can you believe we’ve been doing these cop-out shenanigans for an entire year? Who woulda thought I could milk this much action out of an article I barely got paid for writing? Anyway, today’s is one of my favorite pieces, primarily because the subject of the story is one of the best human beings I know.

As always, I hope you like it too. If not, we’ll catch you next month. 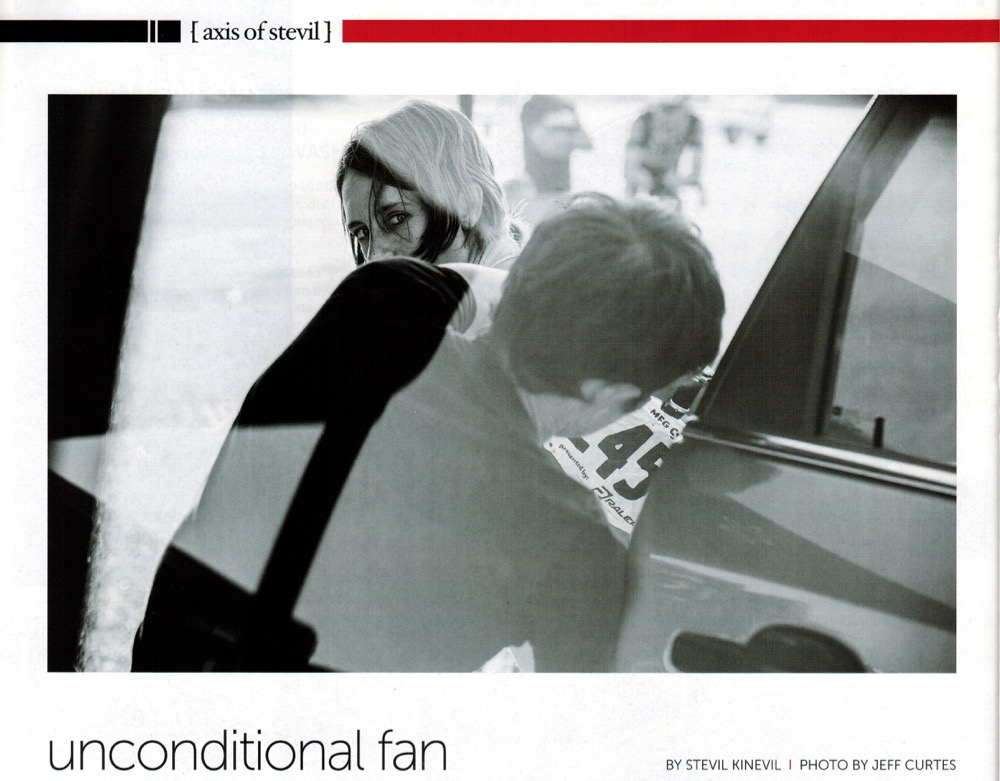 The person who would eventually become my wife and I met some time in the spring of 2001. Besides the general chemistry that existed between us, one of the things we had in common was that we both enjoyed riding bicycles. This wasn’t the catalyst that brought us together, but it was a common pastime.

As the years passed, her collection of proper bikes grew, as did her abilities aboard them, but never once did I pressure her to ride, or upgrade parts, or nerd out to any degree. All of that happened organically and on her own schedule. After years of noodling along beside me on trails and winding roads to nowhere, eventually the opportunity for her to do a Rapha Continental race came along and she reluctantly agreed.

For months, before work, after work, and on the weekends she trained. I offered what little advice I could as I am from the school of ‘ride until you barf, drink some water, and keep going’, which has never served me very well, and certainly within the confines of this event would result in certain failure. I offered what I’d learned from my racing days regarding LSD (long slow distances), periodic intervals, and most importantly, the benefits of rest. She then turned to friends and picked their brains to fill the considerable gaps I’d left open. I taught her how to ride my rollers, which she did in the early hours before work, and would accompany her on leisurely spins after. With a considerable challenge looming, and never a bigger day under her belt than eighty miles, the Continental Race filled me with dread, but I never made her aware of any of those doubts.

Finally, with the day at long last upon us, I kissed her goodbye and bid farewell to her teammates. I had no idea of what was to come, but I only hoped for the best, and that regardless of what happened, she would emerge feeling fulfilled. A short time after her departure, I jumped on my bike and pedaled my way to Fairfax, California where I could eventually catch a glimpse of my love, as well as cheer on all of the other ladies competing that day. After a time her team rolled through, not in front, and not in the back, all of whom were nothing but smiles. With one final considerable climb before crossing the Golden Gate Bridge and making their way to the finish, I had enough time to get back to San Francisco and offer up my most screamingest screams for their arrival.

Finally, eight and a half hours after they started, one hundred twenty three miles, and 13,000 feet of climbing, she rolled across the finish looking fresh as a daisy. Silently acknowledging that this was all her doing, and every step she took, I took beside her in quiet support, we shared a long and sweaty hug.

We’ve traveled a winding and varied road to get to this place, and I sit back and marvel with pride and respect at this woman’s feat. Besides everything, it further confirmed that no matter what, if she puts her head to something, she can accomplish it. Now all that’s left to wrap my mind around is the fact that after completing this challenge with unwavering grace and discipline, it’s been proven unequivocally that my wife happens to be far more man than I.

10 Responses to “End of the month cop-out part twelve.”