Oh, you know I’m a sucker for building anticipation, and you also know that if there’s one thing in this world that I love more than just about anything, it’s the Underbike Industry Mixer®.

I mean, from it’s humble beginnings to the quasi-bananas affair that it’s grown into today, there isn’t a hair on it’s disheveled head that I don’t adore.

For those who are unaware of this thing, I’d like to direct you to this complete breakdown of the event’s chronology.

It was four years ago when we began having bands play, and every year since it’s only grown in volume and magnitude.

Just as you might imagine, securing a band to play is always a bit of a rollercoaster ride, and this year, though fairly easy at the outset, was really no different. Believe it or not, I first approached this year’s entertainment two years ago just after having seen them play their farewell show.

“So uh, hey…” my email started. “I know that you all broke up and everything, but is there any chance you’d want to play a reunion show in Las Vegas in two years?” Surprisingly there was no hesitation on their part, and all the various business of plotting and planning took off from there.

So it with both a heart and head absolutely swollen with pride that I announce that the band playing at this year’s Underbike Industry Mixer® is none other than Los Angeles’ Lady Sinatra; 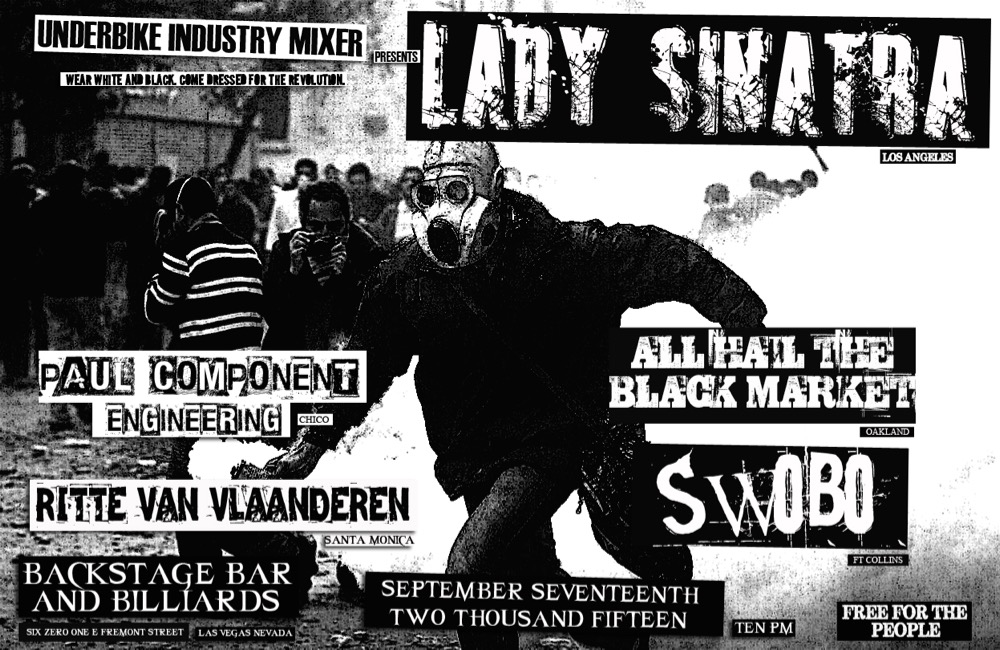 You’re not familiar with the big rock and roll sounds of Lady Sinatra you say?

Oh lawdy- soon you will be;

So like I was saying, back in 2013 I traveled down to LA to see their final show that they played with my dear friends Who Rides The Tiger, and they absolutely blew the roof off the joint; 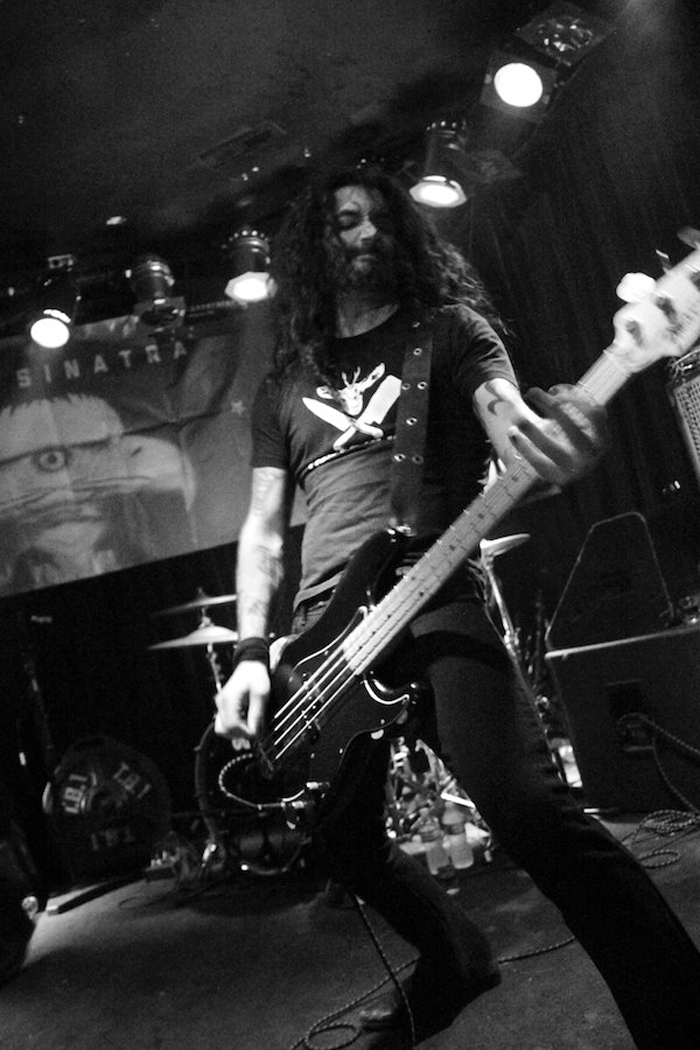 As I stated just after having seen them;

They played with the energy of a band not on the verge of collapse, but rather one at the beginning of their musical careers. It’s clear they love what they do, and it was a bitter sweet evening on which to see them off.

I’m thrilled beyond words to once again partner up with Ritte Van Vlaanderen, Swobo, and Paul Component Engineering to bring these guys out of retirement, and getting the chance to help make the world a better, and louder place for all of us.

Now, I realize it would make sense that I should have Who Rides The Tiger play, given the fact that I just released their record, but pulling off that particular feat wasn’t yet even a twinkle in my eye at the point when I contacted this year’s featured act, so I just maintained the course and stuck with the original plan.

One item of note however, is that the venue has changed from the last two years. No longer will we be posted up at The Beauty Bar, but instead will be across the street at the world famous Backstage Bar And Billiards. There’s a long story behind the venue change that I won’t bore you with here, but suffice to say, I’m working once again with the same booking agent as before, and a promise has been made that like last year, the bar won’t run out of beer.

That sounds like a challenge if I’ve ever heard one.

So it’s with this declaration that that I officially invite one and all to come bear witness to Underbike 2015- Nearly the greatest show on earth.

3 Responses to “The grand unveil.”