Three hash is like rehash (or leftovers) utilized more than twice, and may be a phrase I just invented, so you’re welcome.

As I sit here at my desk hunting and pecking, I thought it was only right to take an item or two from previous posts, and/or my other avenues of communications, re-heat it, and maybe melt some cheese across the top for good measure. I’ll be repeating myself a little bit, and if you don’t like it, turn your computer off and go outside.

First up, I need to notify any and all that this coming Saturday will see the third annual Hairnet Ride, right here in Oakland, California; I don’t remember the original motivation behind this event, as the first occurred three years ago and at best, my memory only spans three months.

It is the lightest of social rides, and if you feel like coming out to gain some Strava tickets, or however that dump app works, save yourself the trouble and get them elsewhere. This is a chill roll, with an array of nice people, who possibly enjoy each other’s company. I don’t really know where we’ll go, but I’d imagine there will be stops a’plenty during which time you can crack a can, test a flask, eat a sandwich, or peel off into the woods and get naked with someone you love.

If you don’t happen to have a hairnet, that’s also fine. I realize they’re hard to come by so if you simply prefer to wrap your head in paper towels, you won’t be turned away.

The rains have started to start in these neck of the woods, and if it’s really coming down, I may choose to reschedule, or forge ahead. I guess I’ll most likely make the call early that morning on the weekly ‘One For The Weekend’, so you can check here to be sure.

As if that wasn’t enough, in other goings on this weekend, on Sunday we will be having a monster bash celebrating Lowcard Magazine’s new issue release, an art show, and a pop-up store for both Paisley Skateboards as well as All Hail The Black Market goods; 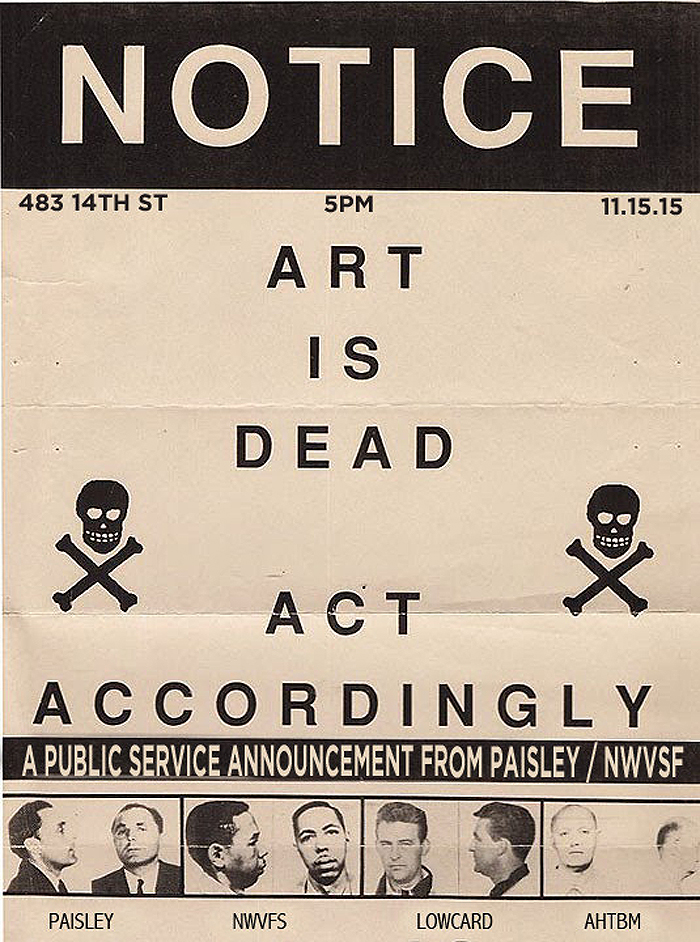 If you’re interested, this is gonna be going down at the whirld famous NWVSF at 483 14th street in San Francisco;


Most notably, this is the day that Paisley Skates opens is virtual doors, and you will be able to get your hands on some of the stuff I’ve been featuring. Most notably, the new (signed) Cliver deck; 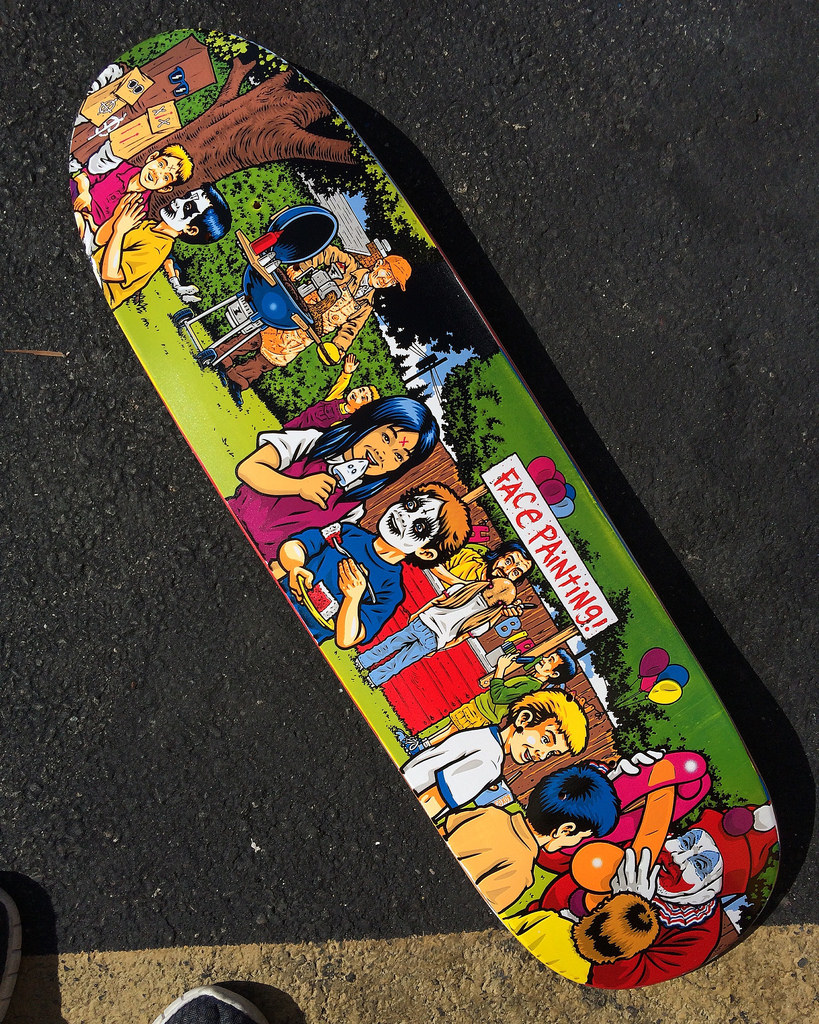 I don’t know if you’re into screen printing, the wonderfully twisted illustration, serial killers, or perhaps all three, but this deck is an absolute must have for anyone who might be.

For my part, I’ll have records, my own skateboard decks, socks, caps, and anything else I can stuff into a messenger bag. Christmas or whatever is almost here, so swing by and pick up some goodies. I will then take that cash, and turn around and use it on presents for my friends and family, so together we can help bolster the economy, which will in turn continue to help make the America great again®™©, and stuff.

So really, the future of the USA depends on you showing up and buying some goods, so no pressure.

In news of bikes and things, I have the following feel-good moment.

This past August, I was called ‘whorish’ by an employee at another bike company after one of this year’s Kona World product launch reports, (part one, and two, if you’d care for a refresher).

The bottom line is that I like the bikes, and almost more importantly, I like the people who work there, and I’m proud that after years of badgering, they finally saw their way to advertising with me. Is it whorish to proudly fly the flag of a company who, as far as I can see, is in every way the genuine article?

I’m cool with that.

So it’s with that, and being the pros that we are, we’ve dug into the surplus, mixed, matched, and made an array of new flavors, all the while eating around the suspicious fuzzy parts.